Propeller Coffee offers a good reminder that one of the few bright sides to watching the urban industrial heritage of your city disappear is that whole new areas, once known only to truckers and empty when the sun went down, have been opened up to new uses, some of which don't involve condos. When Crema decided that its coffee roasting business needed to expand, it was to areas like this that co-owners Geoff Polci and Losel Tethong decided to look.

Wade Avenue curves through a few blocks of empty lots, old warehouses and auto repair shops between Lansdowne subway station and the eastern edge of the Junction Triangle. Polci and Tethong found a decrepit industrial space here with a destroyed floor and a squatter, and leased it from its owners - the family behind the Tavora Portuguese grocery empire, whose wholesale outlet was around the corner. 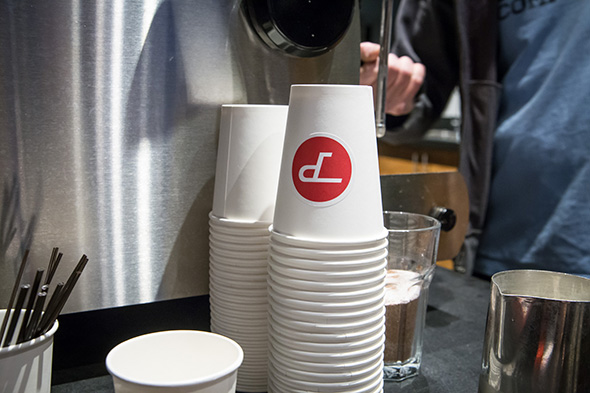 They incorporated Propeller Coffee, their new roasting business, at the beginning of last year, leased the space in April, started work on the building in July and poured the new floor over a sticky August weekend. In mid October, they did their first coffee roasting in the new building. A month ago they hosted their first barista jam .

It's obvious that Polci and Tethong plan more than a roasting facility in the newest part of the Crema empire; while the warehouse and roasting room take up the rear half of the cavernous industrial building, the front is given over to a huge cafe and event space and a room for the cuppings that will be essential to expanding sales of the Propeller coffee brand. 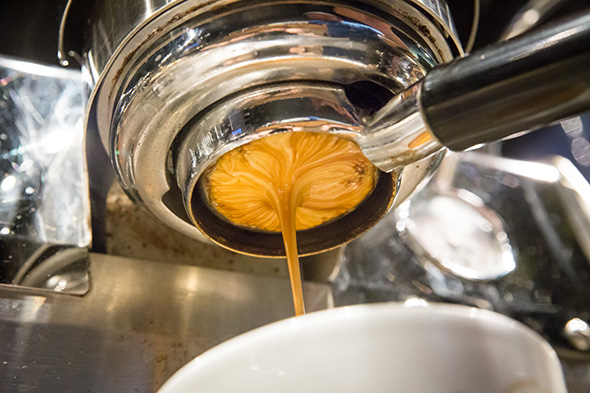 At the heart of the business is their Loring coffee roaster - a digitally-controlled, network-connected machine that recycles the hot gases from roasting back into the drum in a process not dissimilar to the way turbochargers work in a modern Formula 1 engine. It uses power more efficiently and cuts down on the amount of particulate that comes out of the exhaust. 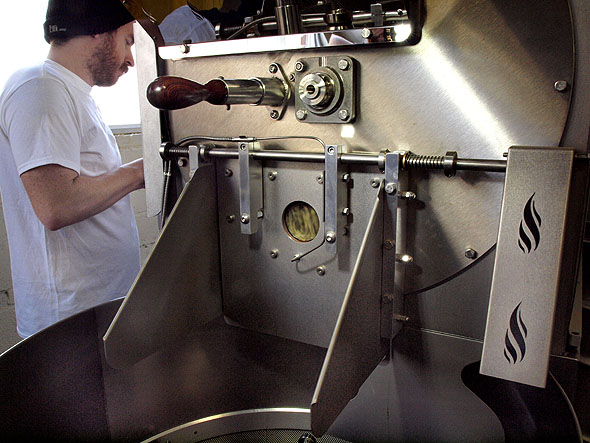 The warehouse space next door has a separate HVAC system to keep raw beans stored at controlled temperature and humidity that takes one variable out of the hard-to-control journey that the beans take from farm to processing to the middlemen that distribute beans to roasters all over the world. The processor in the Loring helps catalogue beans from various growers and sources and creates a database that's supposed to help create a more consistent roast. 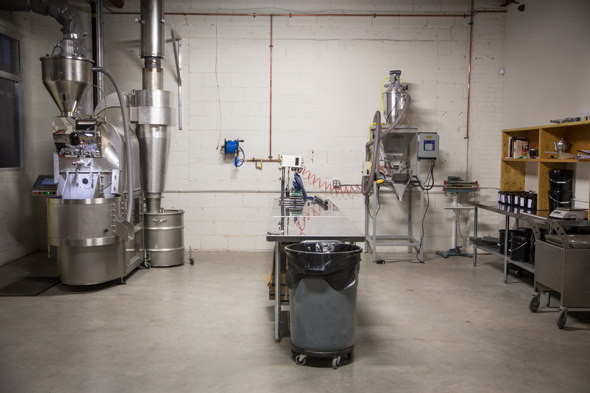 Walking between the cool of the warehouse into the warm, dry roasting room gives some idea how moisture can be sucked out of raw beans, and Polci, Propeller's chief roaster, says that it's the best reason to never store your beans in the same room as you roast.

The cupping room next door isn't just essential to their sales of beans to cafes and restaurants. Polci and Tethong say that the barista community in the city is a fairly close one, and events like the barista jam they held there early this month show how information gets shared even among businesses that are technically in competition with each other. 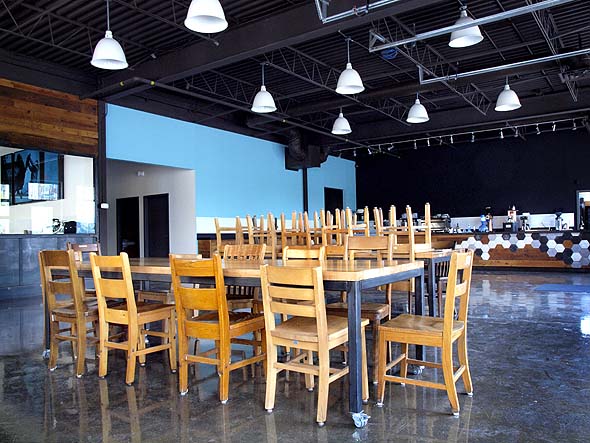 Out front, the huge cafe and event space is ready for a zoning variance to open to the public, but in the meantime they're selling it as a venue for food and craft beer events, as well as book launches and other private parties. They've already been working with Ubisoft , the game developer who took over the old General Electric building on Wallace four years ago, to use it as an off-campus space for meetings. 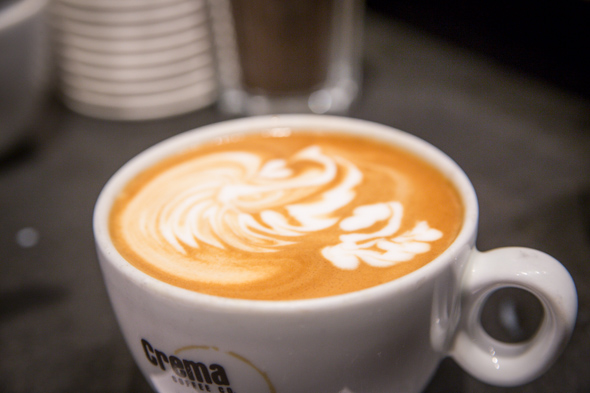 The location of the roastery couldn't have been any better, they tell me - they're a half hour drive from almost all of their clients, and thanks to a partnership with Autoshare, they have access to a delivery fleet at a fraction of the cost of leasing their own vehicles. 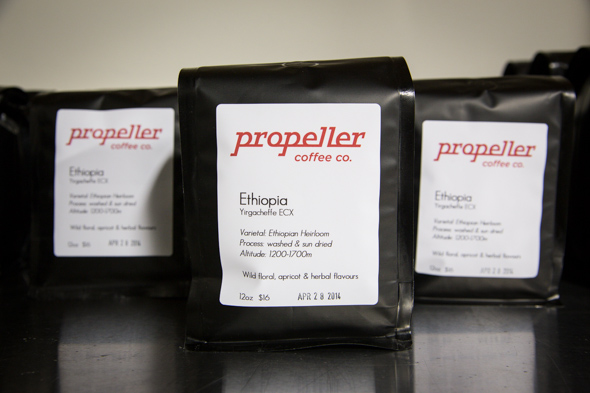 Tethong tells me they have plans to put a solar hot water system and a green roof on the building when money permits, but in the meantime they're enjoying connecting with their neighbours - a mix of warehouse and trades businesses alongside creative workers at places like Ubisoft, the arts co-op up the road, and the LP packaging business across the street. All that remains is to open the doors of their cafe and watch as Wade Avenue and the neighbourhood around it continues its inevitable transformation. 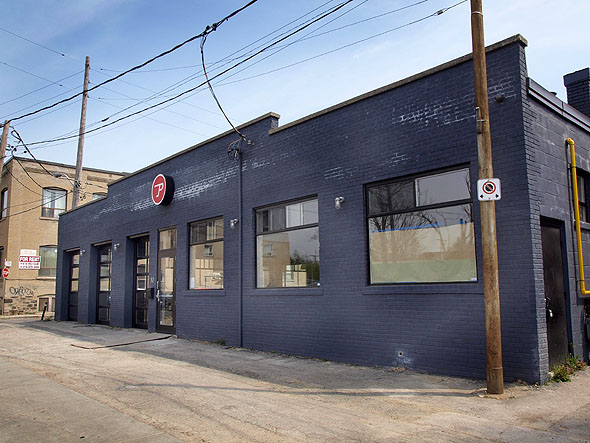