Roselle Desserts is a miniscule from-scratch fusion French patisserie that turns out some of Toronto’s favourite cookies, soft serve and all-around baked treats.

Roselle is actually named for a crepe spreader, as crepes were meant to be their specialty. 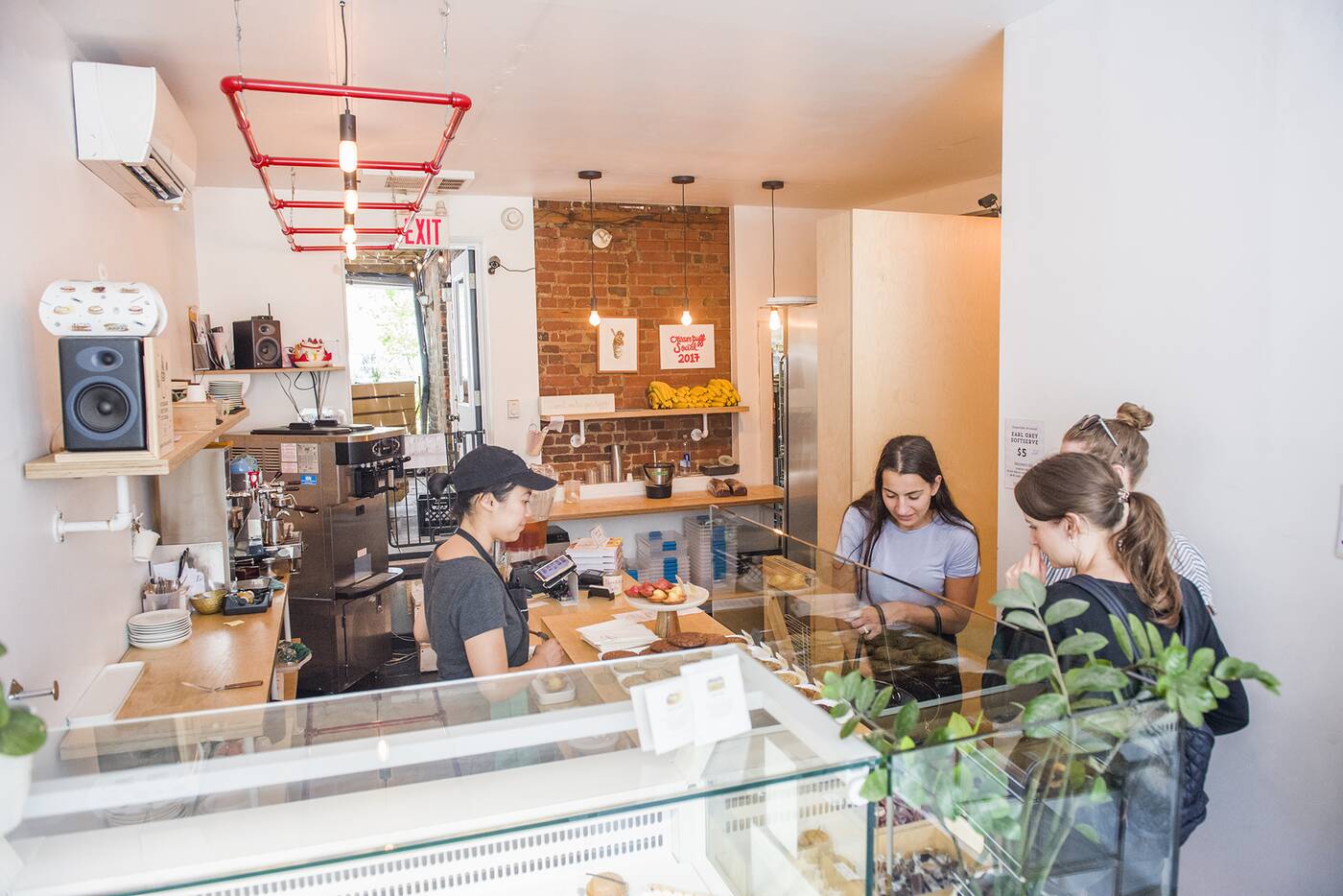 “Dessert makes you happy,” is the motto plastered across one wall of the clean minimalist space where all the baking takes place. 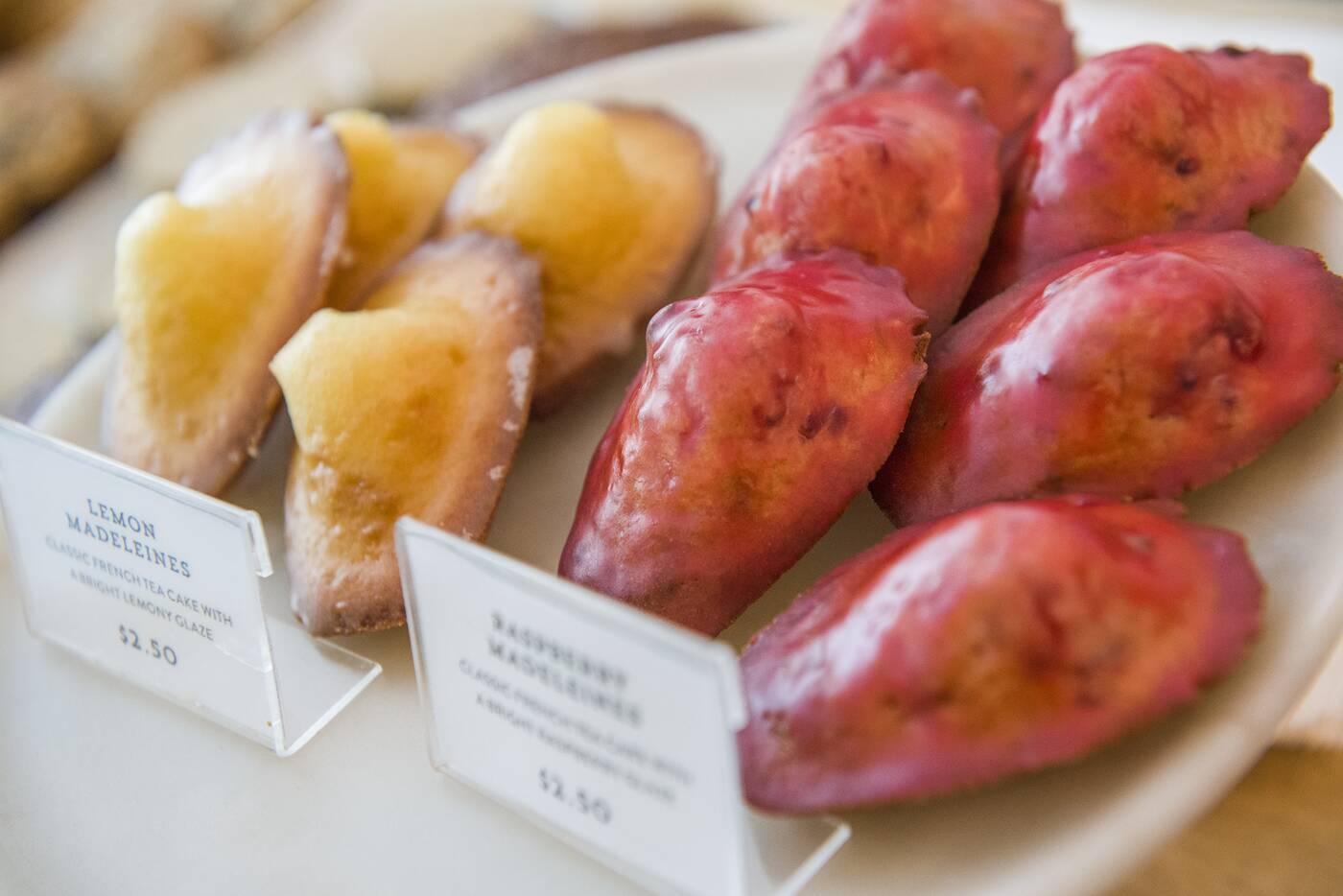 Madeleines ($2.50) are on the simpler end of Roselle’s spectrum but nevertheless perfectly executed; fluffy and crumbly on the inside with a crispy exterior.

A raspberry madeleine has freeze-dried raspberries inside and a pearlescent glaze of raspberry puree with lemon and sugar, natural sweet tanginess throughout. 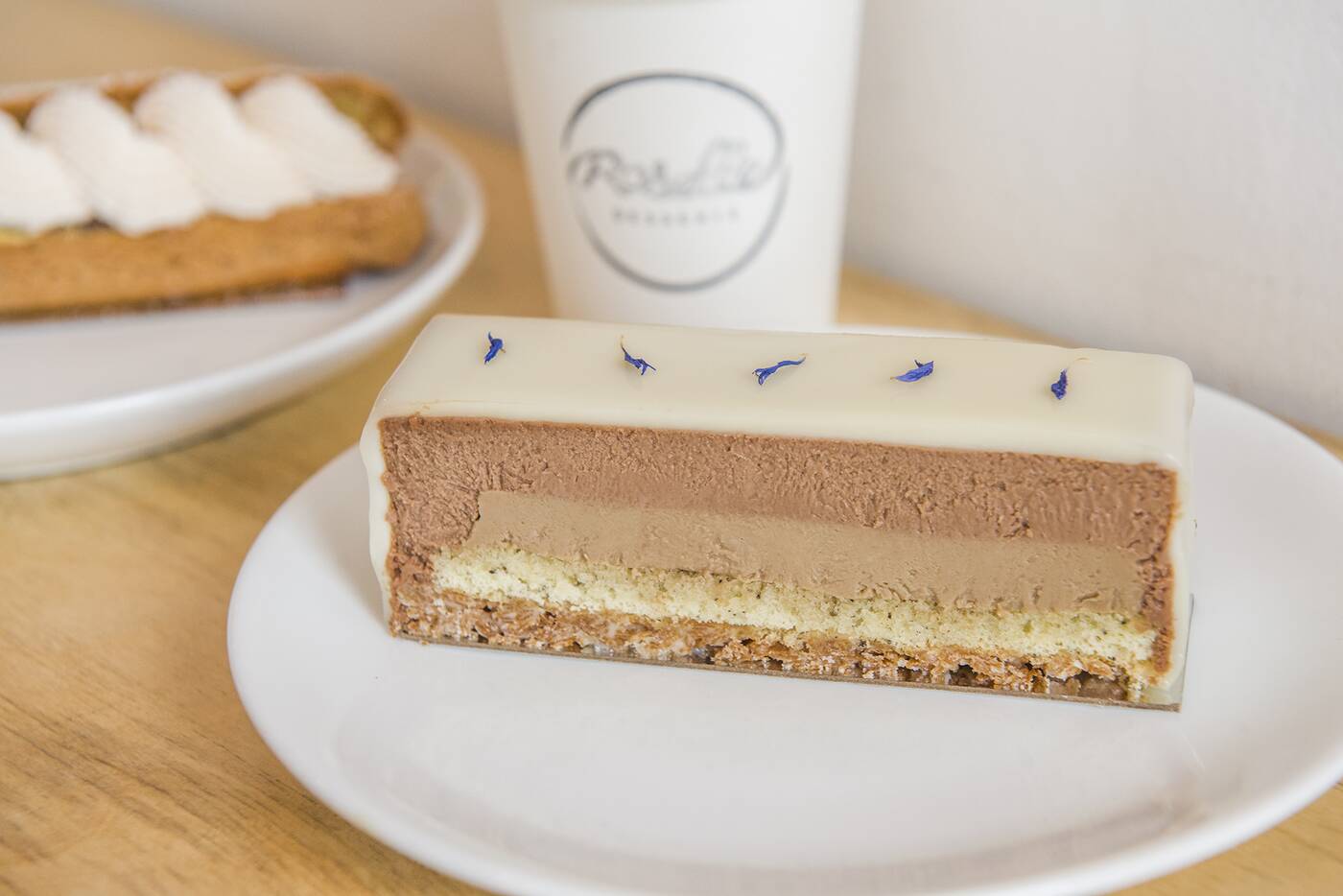 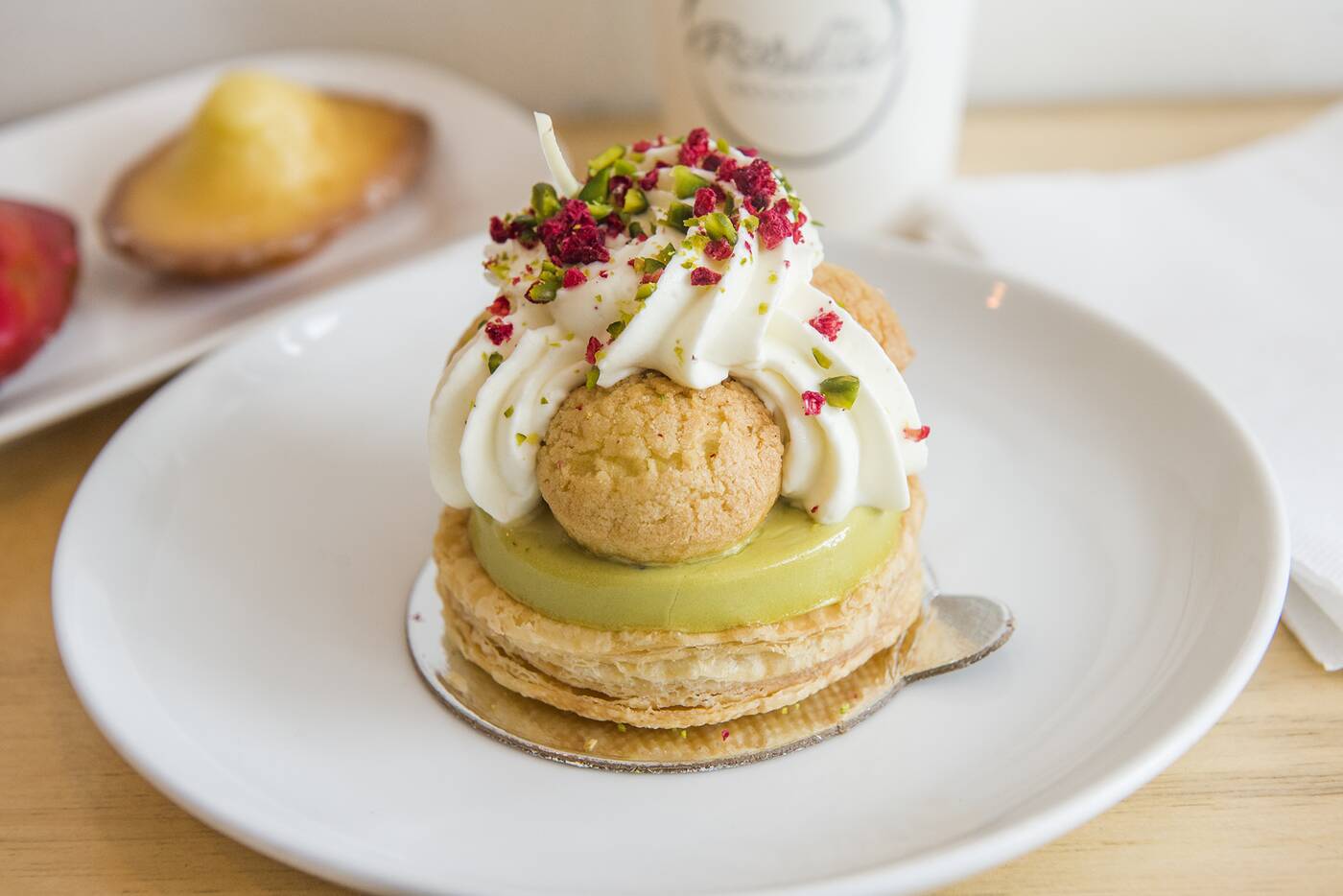 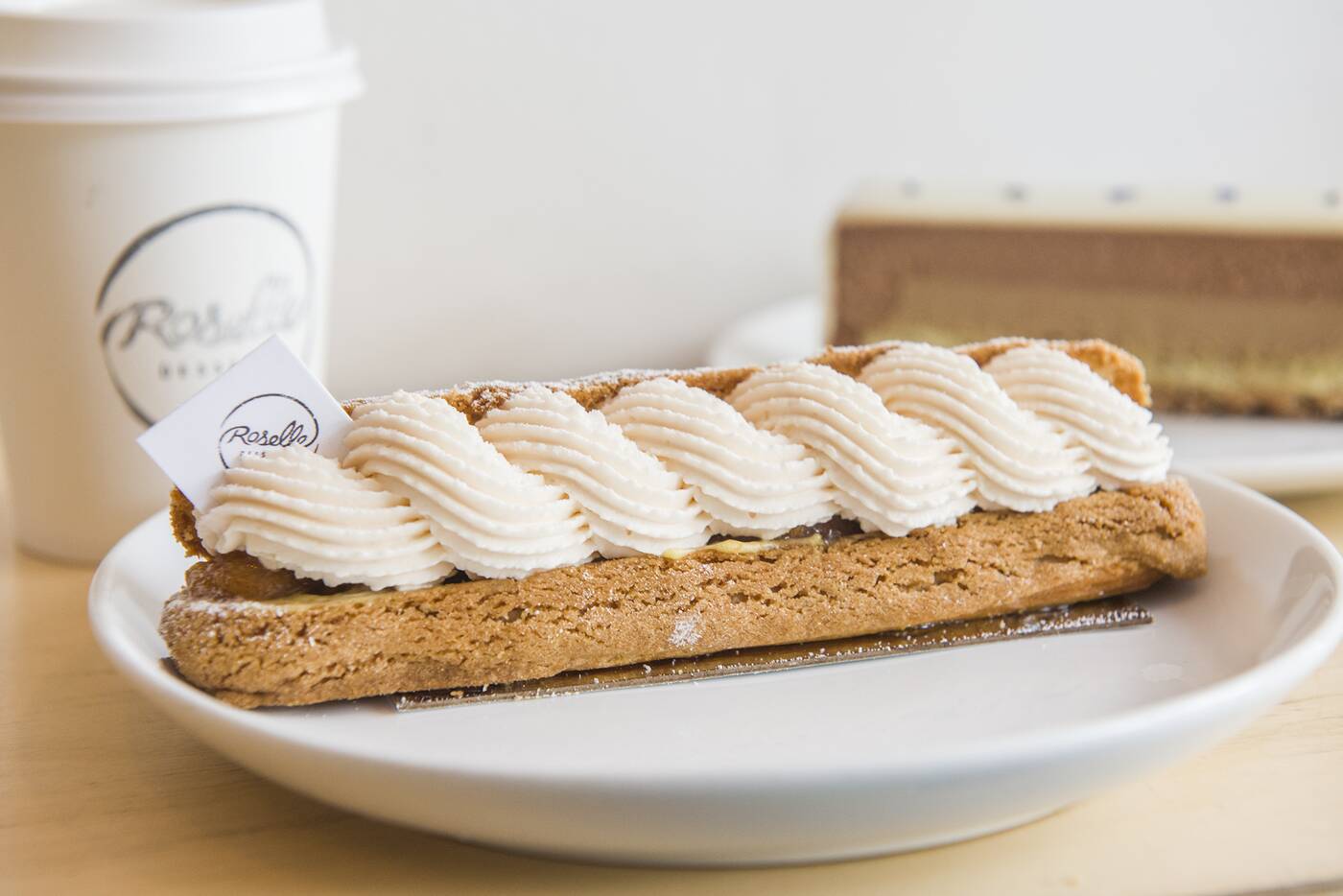 The Banana Cream Pie Eclair ($7.50) has become such a reputed Toronto staple it actually made it into Amy Rosen’s Toronto Eats cookbook. Spongy yet crispy scratch choux is filled with a vanilla custard, beautifully piped whipped white chocolate ganache, and rum caramelized bananas. 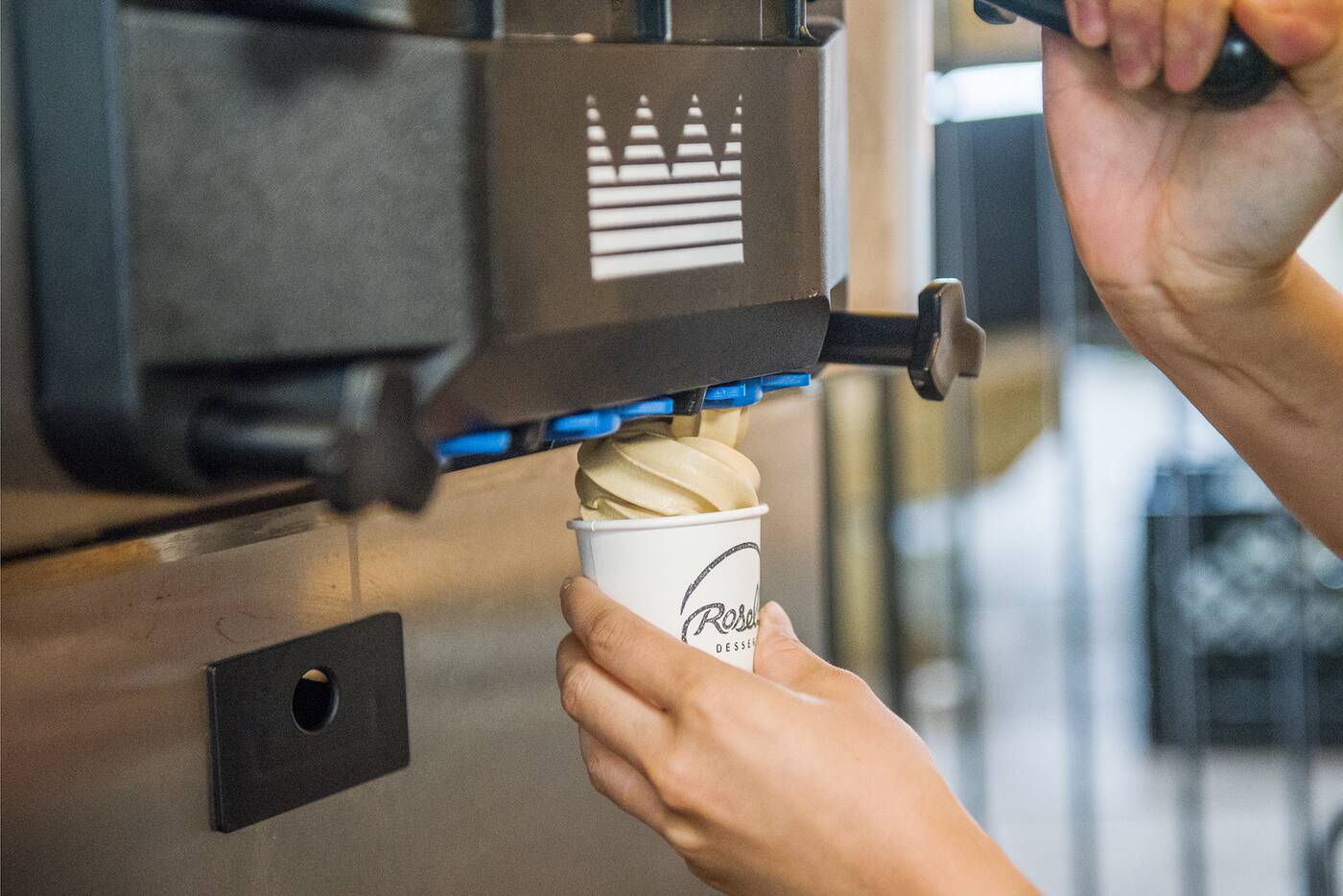 Roselle’s soft serve ($5) has become legendary, also made from scratch in-store in rotating limited edition flavours like strawberries and cream. 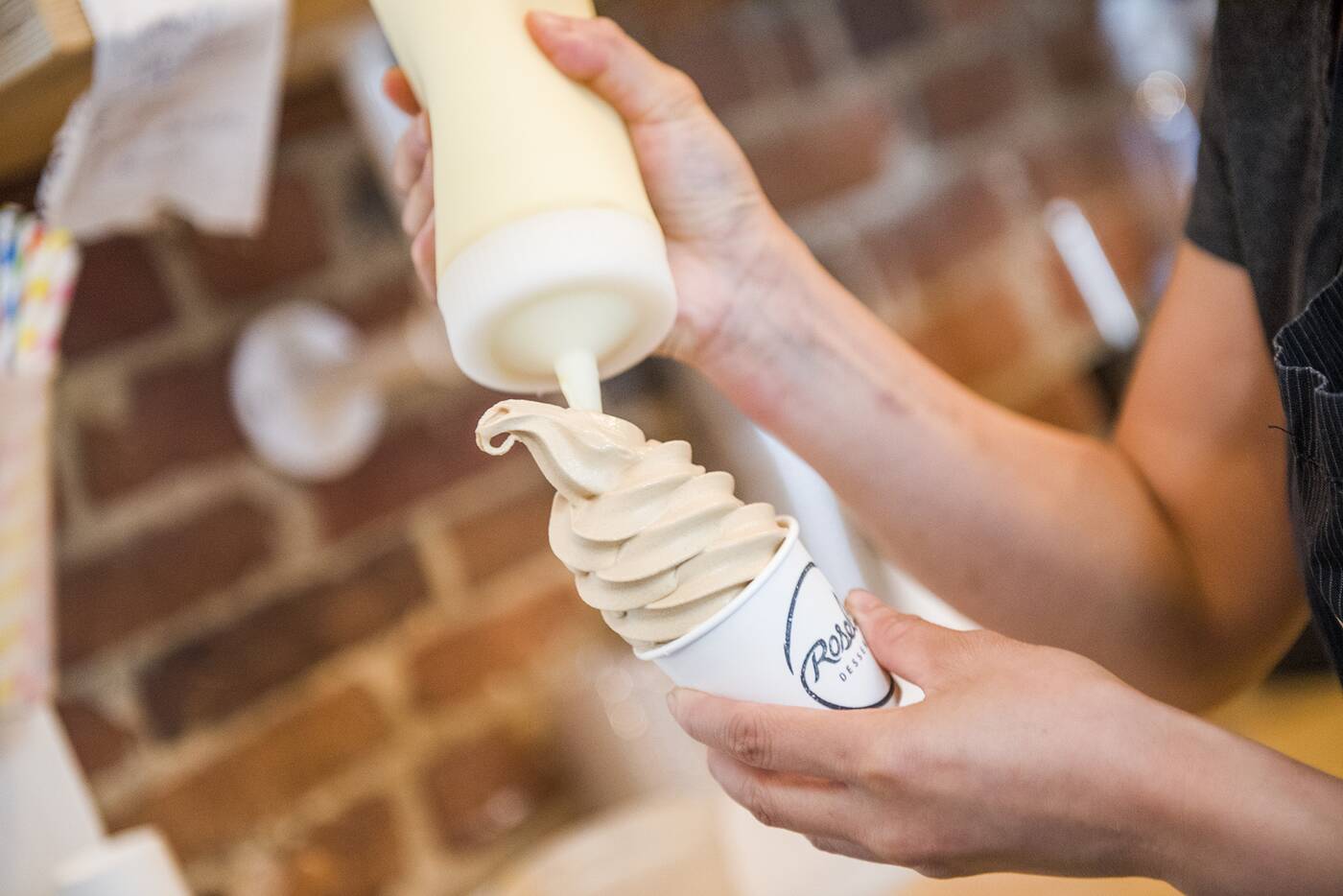 It’s incredibly creamy and smooth yet rich with the perfect amount of density, and the popular Earl Grey flavour ripples through the ice cream, fragrant and toasty. 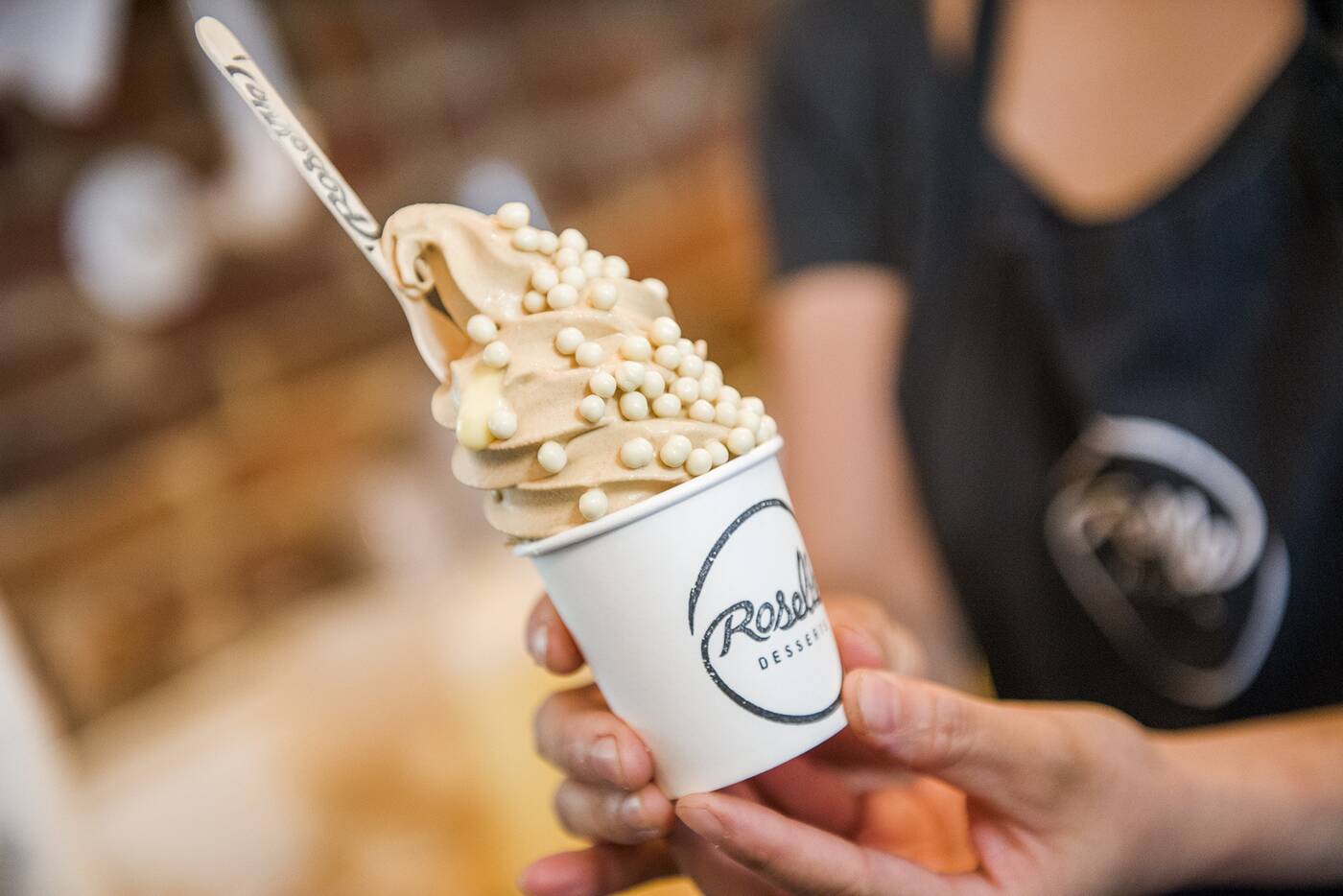 “Next level” your soft serve for just 50 cents and get a strictly prescribed combination of toppings added that make sense with the soft serve flavour on deck.

For Earl Grey it’s injected lemon cream and crispy white chocolate pearls that recall lemon and milk in tea, plus a mini earl grey shortie mimicking a cookie on the side. 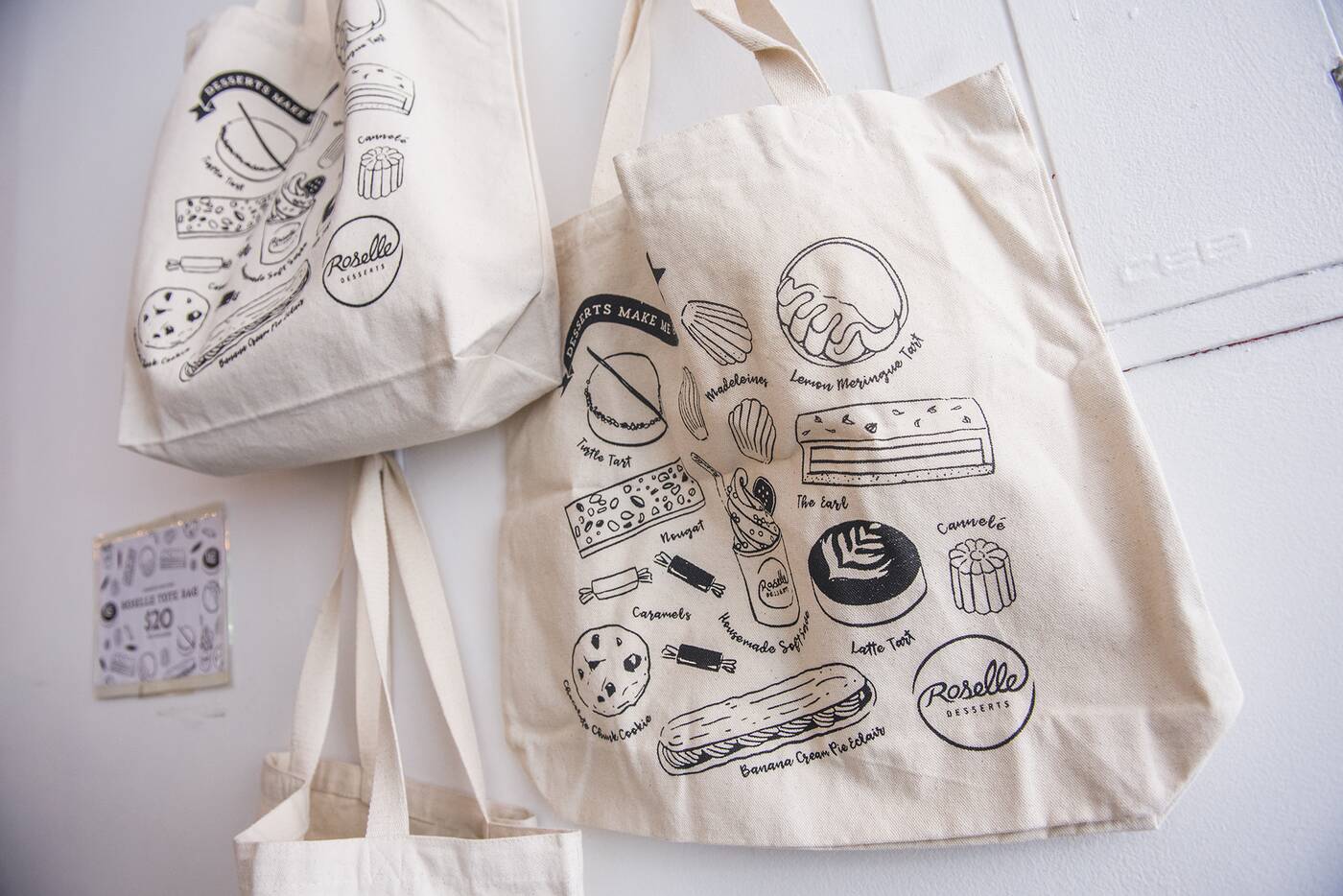 Signature illustrative design throughout the store on tote bags, boxes and menus by Ginny Chen has become as synonymous with Roselle as the perfectionist aesthetic of the pastries. 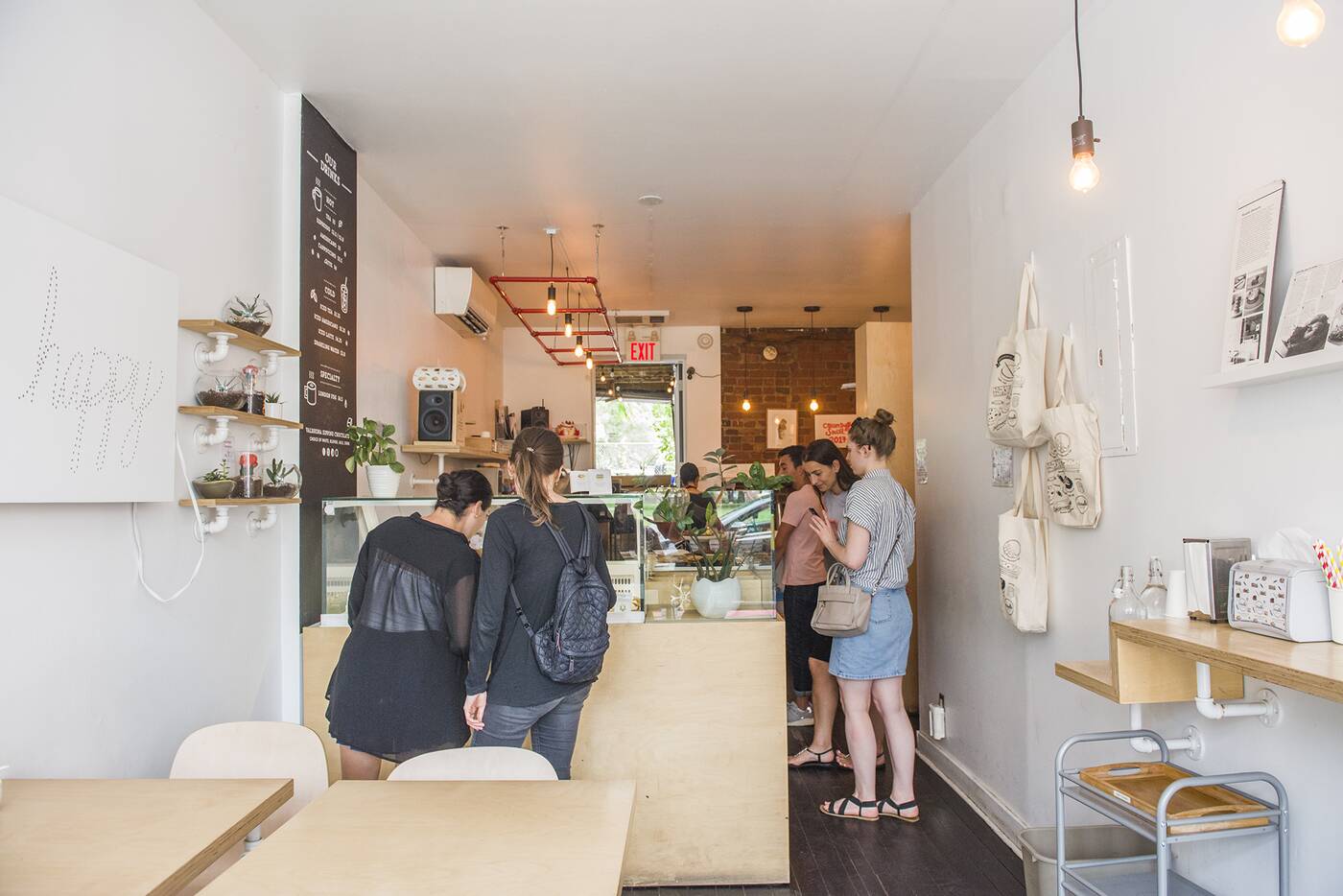 Owners Stephanie Duong and Bruce Lee were trained at George Brown, but picked up their Michelin star technique in France. 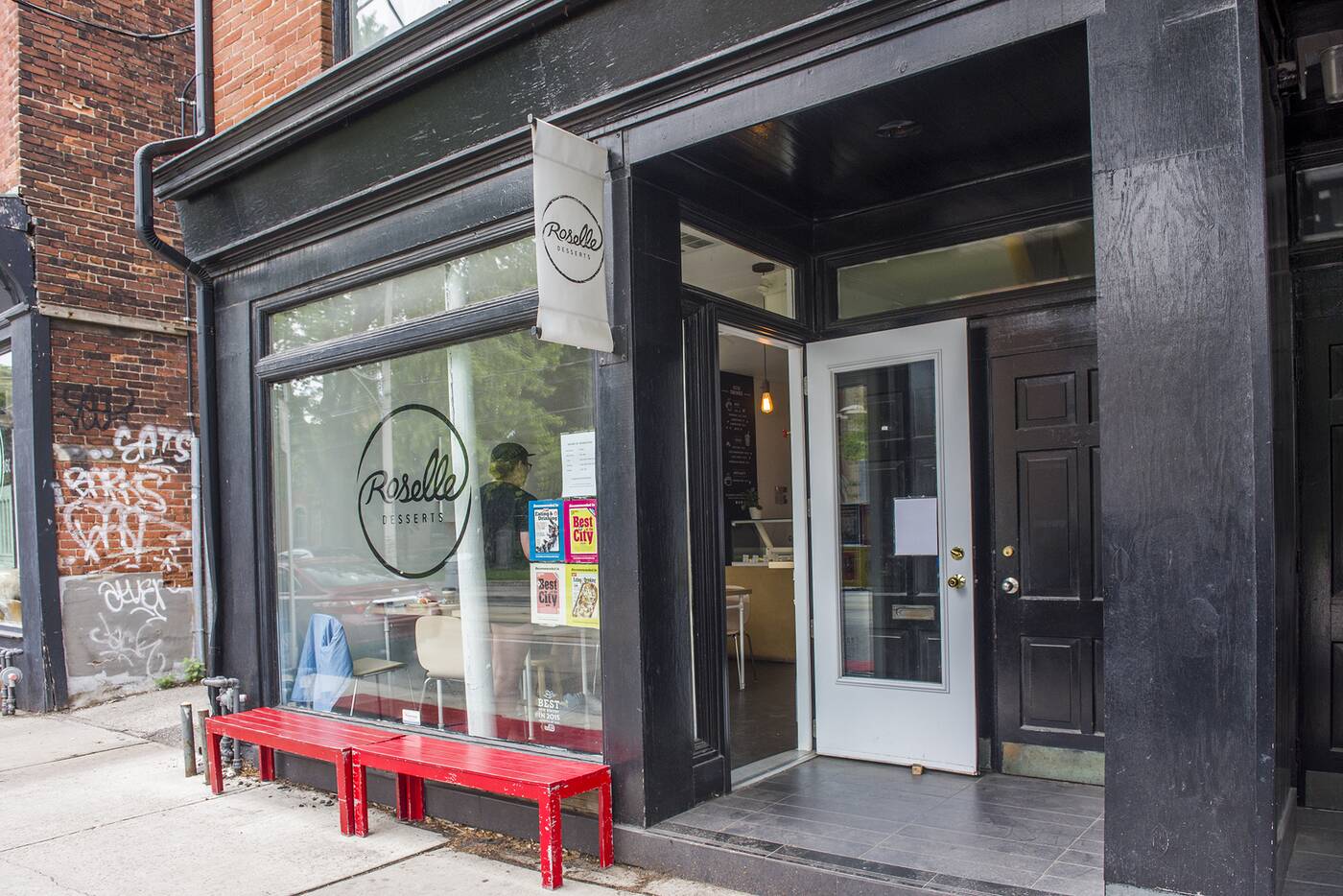