Patisserie 27 quietly landed on Jane Street street several months ago, and it is still introducing area residents to its take on classic French pastry.

"I don't know Twitter; I don't do social media or anything like that," Walter, one of the shop's owners, tells me when I ask about his November launch. "Mostly, it's been people walking by." 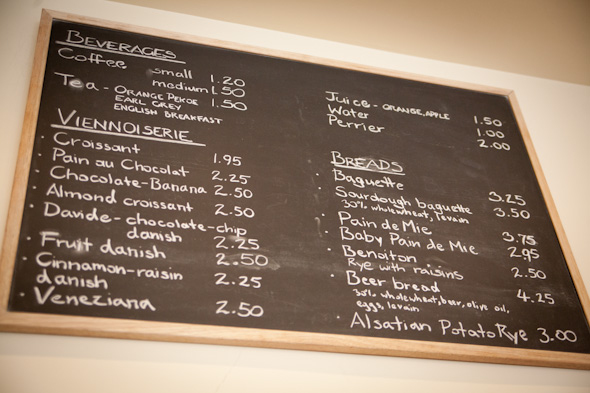 But while its method of marketing might be wholly traditional, the pastries themselves dabble in the unconventional. Yes, the pain au chocolat ($2.25), éclair au café ($3.75), and brioche loaf are classically French enough, the "Misaki" ($4.95), "Kurumi" ($4.95), and "Ryusei" ($4.95) pastries don't exactly invoke images of Lyon. 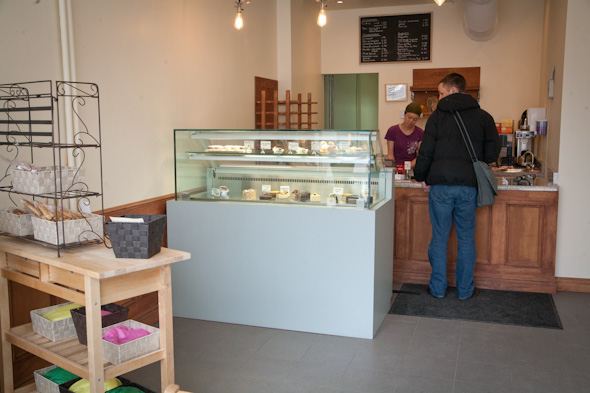 "My partner — she's a pastry chef — she comes from Japan," Walter says. "Actually, she named most of these pastries for her nieces and nephews." 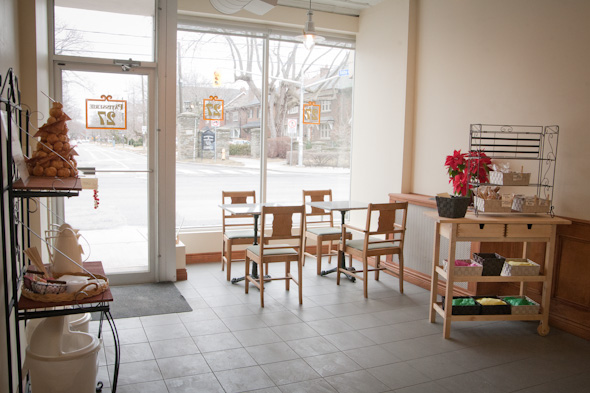 Azumi indeed studied the art of French pastries in Japan, where — Walter notes — there is quite a substantial French pastry movement. 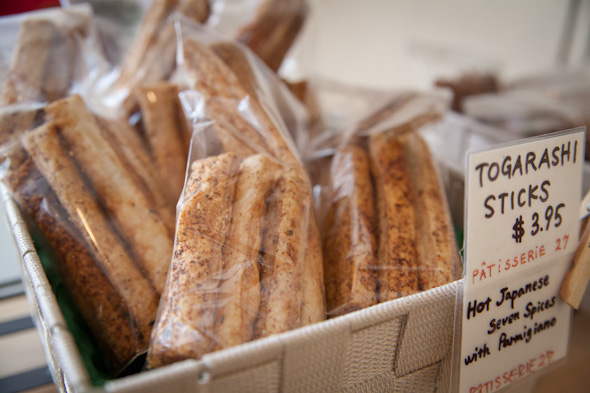 Walter went to George Brown in Toronto, later deciding to pair his baking skills with Azumi's pastries in order to open up their own shop. They named this scantily decorated, two-bistro-table shop for their birthdays, and left the rest of the creative flair for the kitchen. 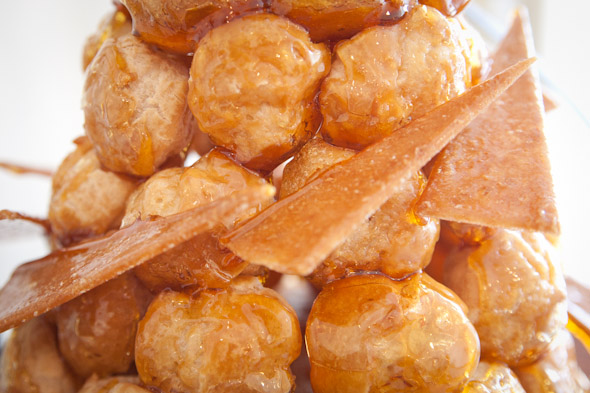 The offerings at Patisserie 27 include standard breads such as baguettes ($3.25) and brioche ($4.50) (plus a special beer bread made with Mill Street Tankhouse, only offered on weekend), a variety of French- and Japanese-named pastries, plus macarons ($1.50), cookies, and croissants. 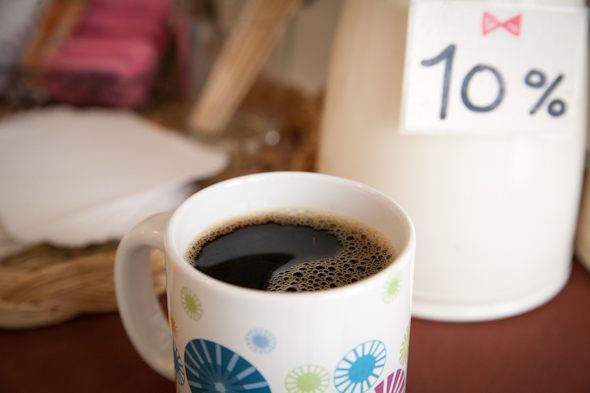 On Walter's suggestion I try the Ryusei, which is a hazelnut sponge cake with coffee-flavoured ganache. Despite the name, this treat strikes me as all French, with a velvety rich chocolate ganache surrounding a slightly crisp infused cake. 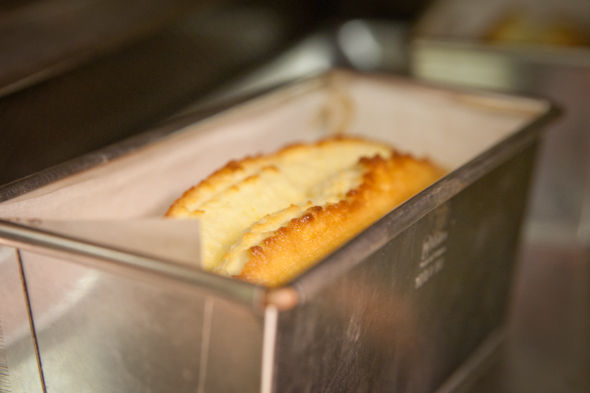 I'd call it an upscale combination of a Coffee Crisp and Ferrero Rocher (for those who know their drugstore sweets); an indulgent pastry, yet not too heavy to eat in one sitting. 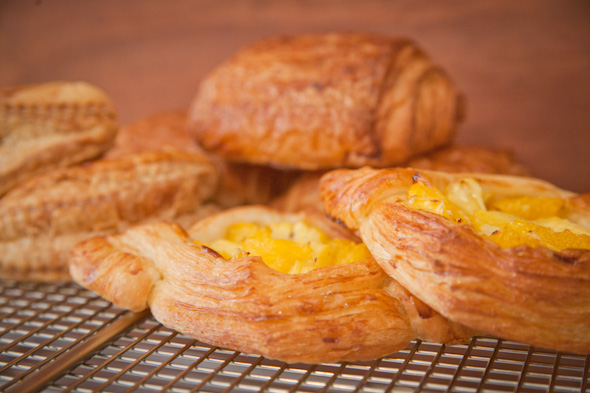 Walter says that while Patisserie 27 has not yet ventured into the specialty coffee realm, it has plans to roll out lattes, cappuccinos and other hot drinks at its characteristically leisurely pace sometime in the near future. (Said drinks, most likely, will not be given Japanese names.) For now, the shop is open Tuesday to Friday, 7 a.m. to 7 p.m., and Saturday and Sunday 7 a.m. to 6 p.m. 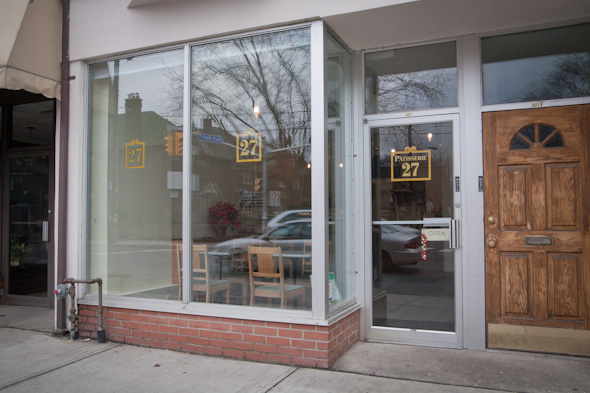