The Gardiner's reputation as an ugly barrier between the city and the lake is being softened by demolitions and the creation of new public spaces such as The Bentway, the latter now celebrating its fourth year in existence below the busy highway's lanes.

Before the city gets the much-anticipated second phase of this acclaimed sub-expressway space, The Bentway is collaborating with the city and local BIAs on a project called Waterfront ReConnect that will give parts of Lake Shore Boulevard a colourful new look.

Lake Shore Boulevard will get vibrant overlays at the intersections of York and Simcoe Streets, the result of a national design competition that sought ways to reimagine, or at least brighten up, areas perceived as obstacles for pedestrians and cyclists.

We are thrilled to announce the winners of #WaterfrontReConnect: Boom Town by @546arch + @officeiso & Pixel Story by @o2planningdesign, @entuitive + @weare_mbl! The designs will improve accessibility & civic engagement under the Gardiner. Learn more: https://t.co/DENfOj4JP6 pic.twitter.com/PE3WYCOpDc

The competition's six shortlisted teams were revealed back in January. After being reviewed by an interdisciplinary jury, the half-dozen entries were narrowed down to the two winning design proposals revealed on Thursday.

A popular pick in comment sections and social media threads, the 'Boom Town' design from the team of 5468796 Architecture Inc. + Office In Search Of was selected for the York and Lake Shore intersection.

This design (seen above) pokes fun at the Gardiner's neverending construction and maintenance with colourful googly-eyed construction booms that are, frankly, adorable.

The winning selection for the Lake Shore and Simcoe intersection was 'Pixel Story' from the team of O2 Planning + Design Inc. + Mulvey & Banani Lighting + ENTUITIVE. 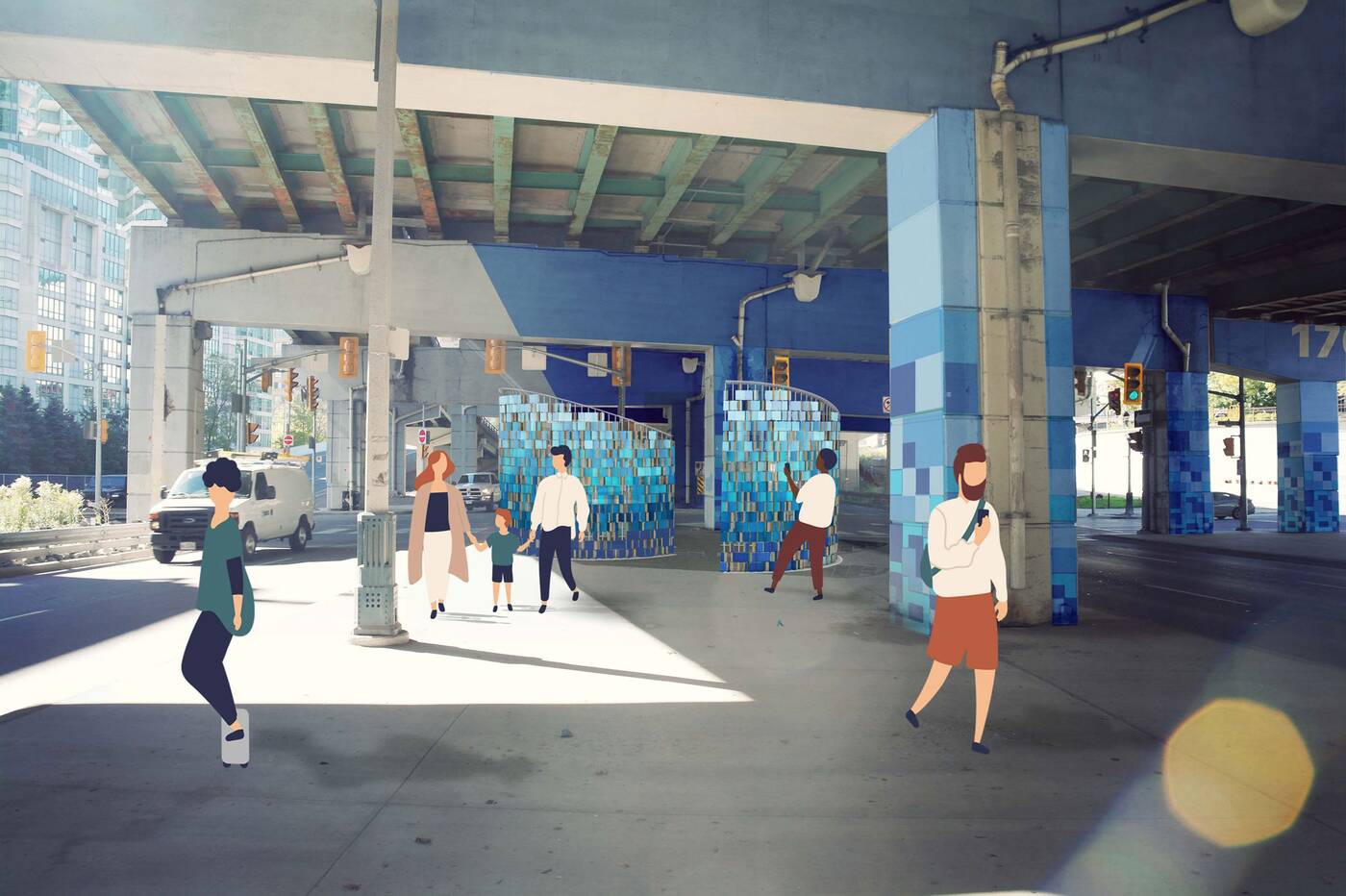 Pixel Story is the winning design for the Lake Shore and Simcoe intersection. Image by Waterfront ReConnect.

You can expect to see these shots of colour appear under the Gardiner this year, though, as fun as these quirky installations may be, don't get too used to them, as they won't last long.

The Bentway's announcement stresses that these projects merely serve as demonstrators and are not meant to stand the test of time, the installations set to disappear when this stretch of the Gardiner Expressway undergoes rehabilitation between 2025 and 2028.