Toronto's new skating trail under the Gardiner is magical

The Bentway Skate Trail has officially arrived in Toronto. What is the Bentway, you ask? It’s the project revitalizing the area underneath the Gardiner Expressway so we can have more usable public space with free programming in a city that desperately needs it.

The skate trail is the first section of the Bentway ever to be completed and open to the public. The 220-metre track is just a small part of the 1.75 km area under the Gardiner to be transformed into public space. 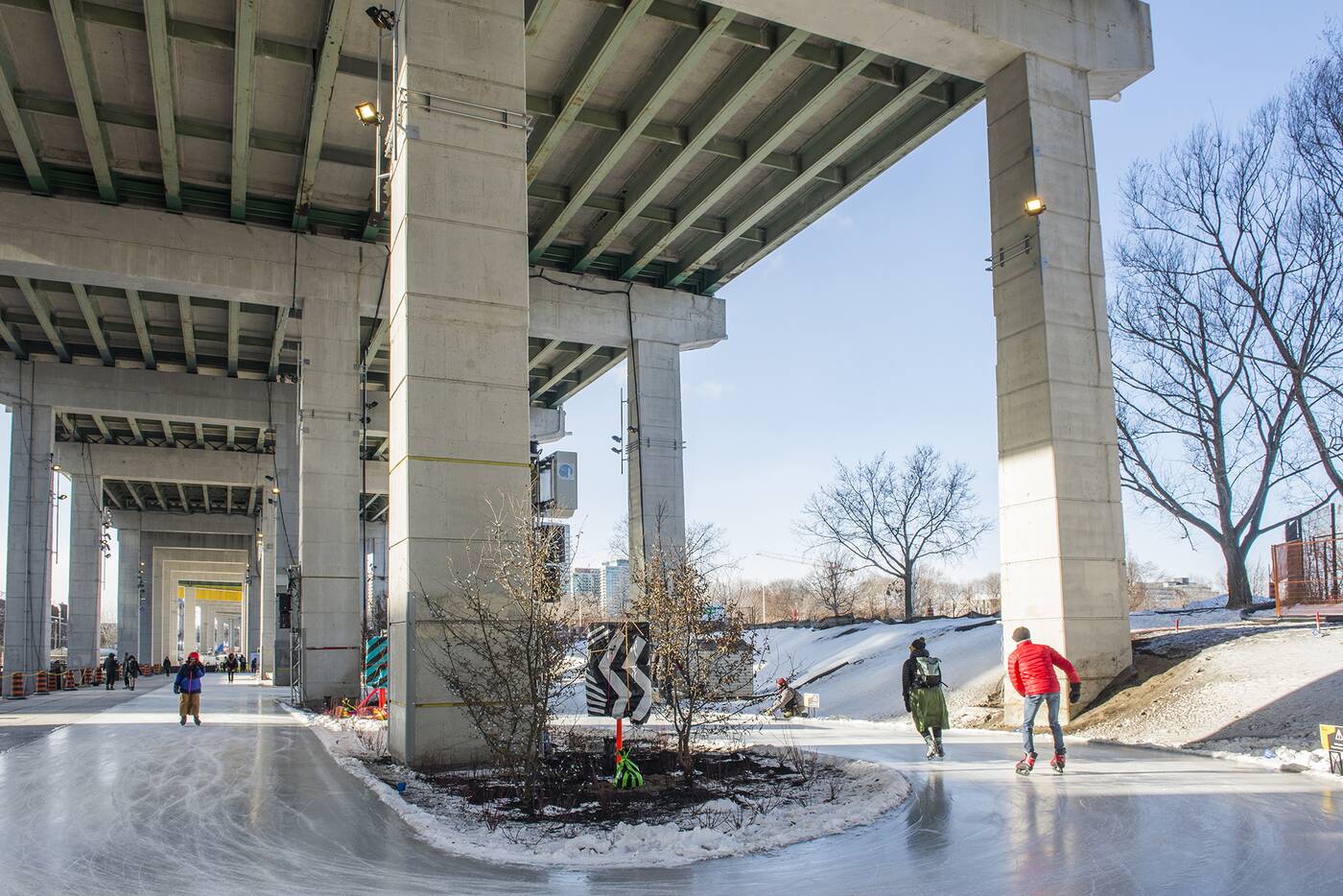 Had you looked at this area a few years ago, it would have been nearly impossible to imagine a picturesque urban skating trail here. It's a near-magical transformation, and there's still plenty left to do as part of the revitalization of the formerly under-utilized area. 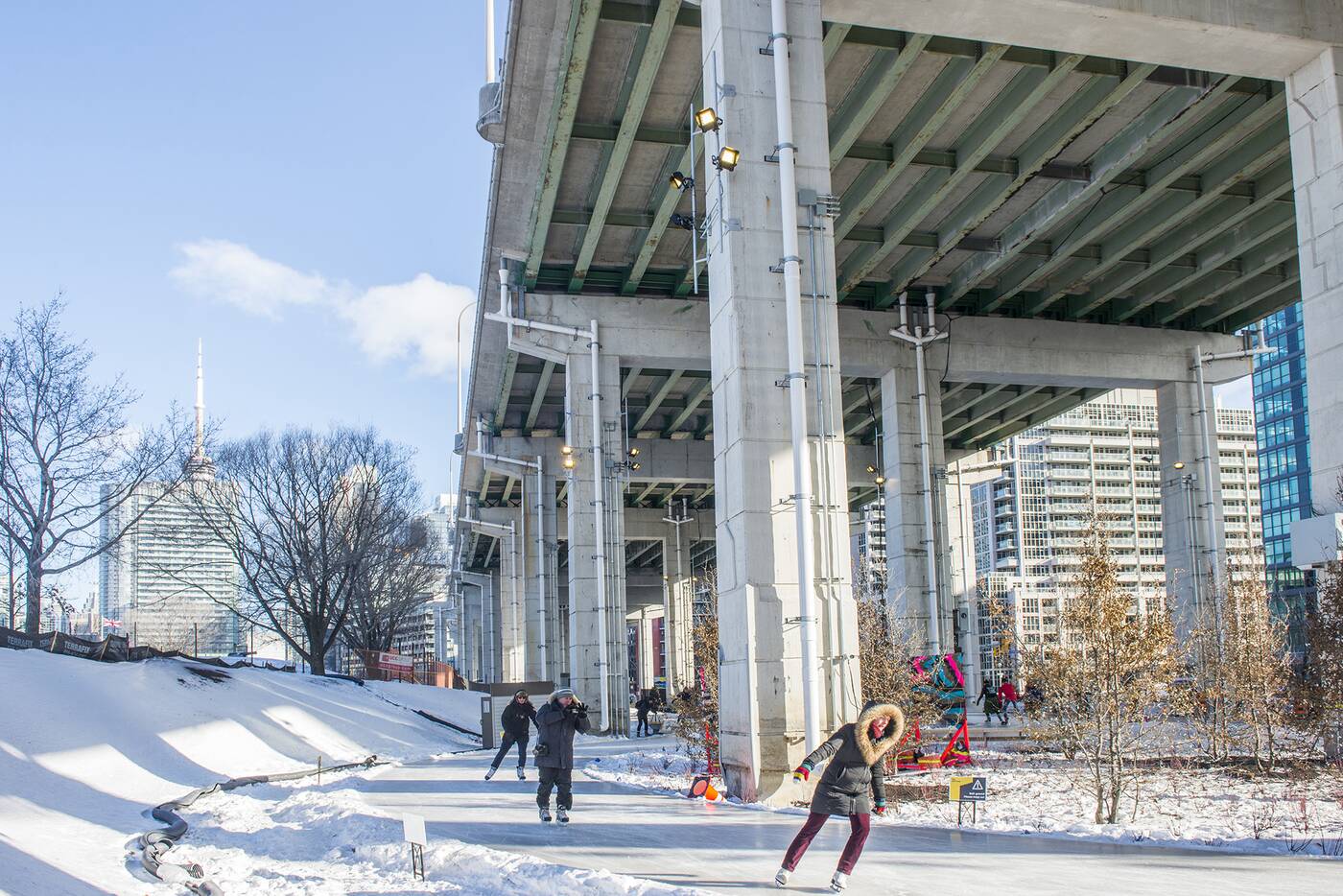 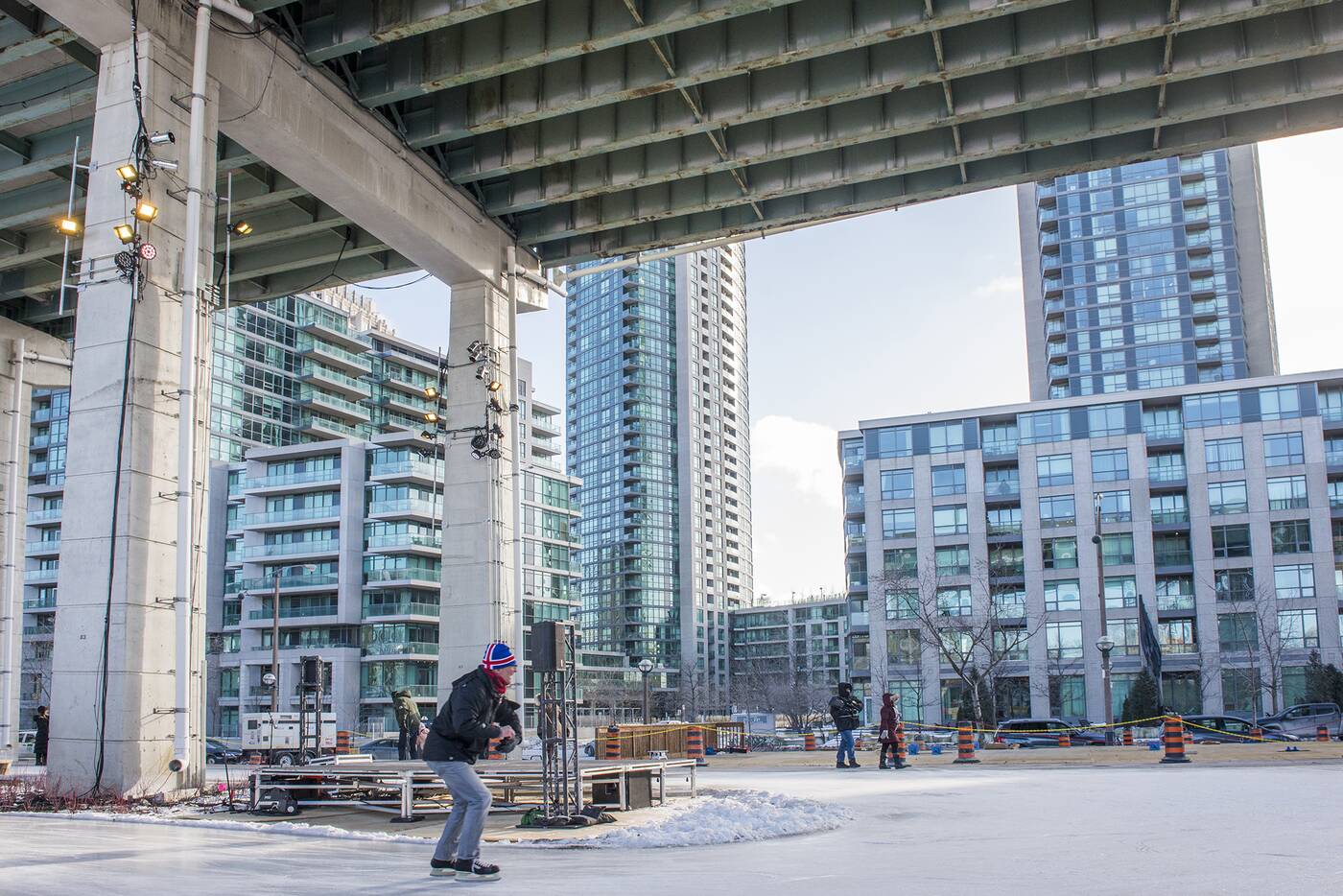 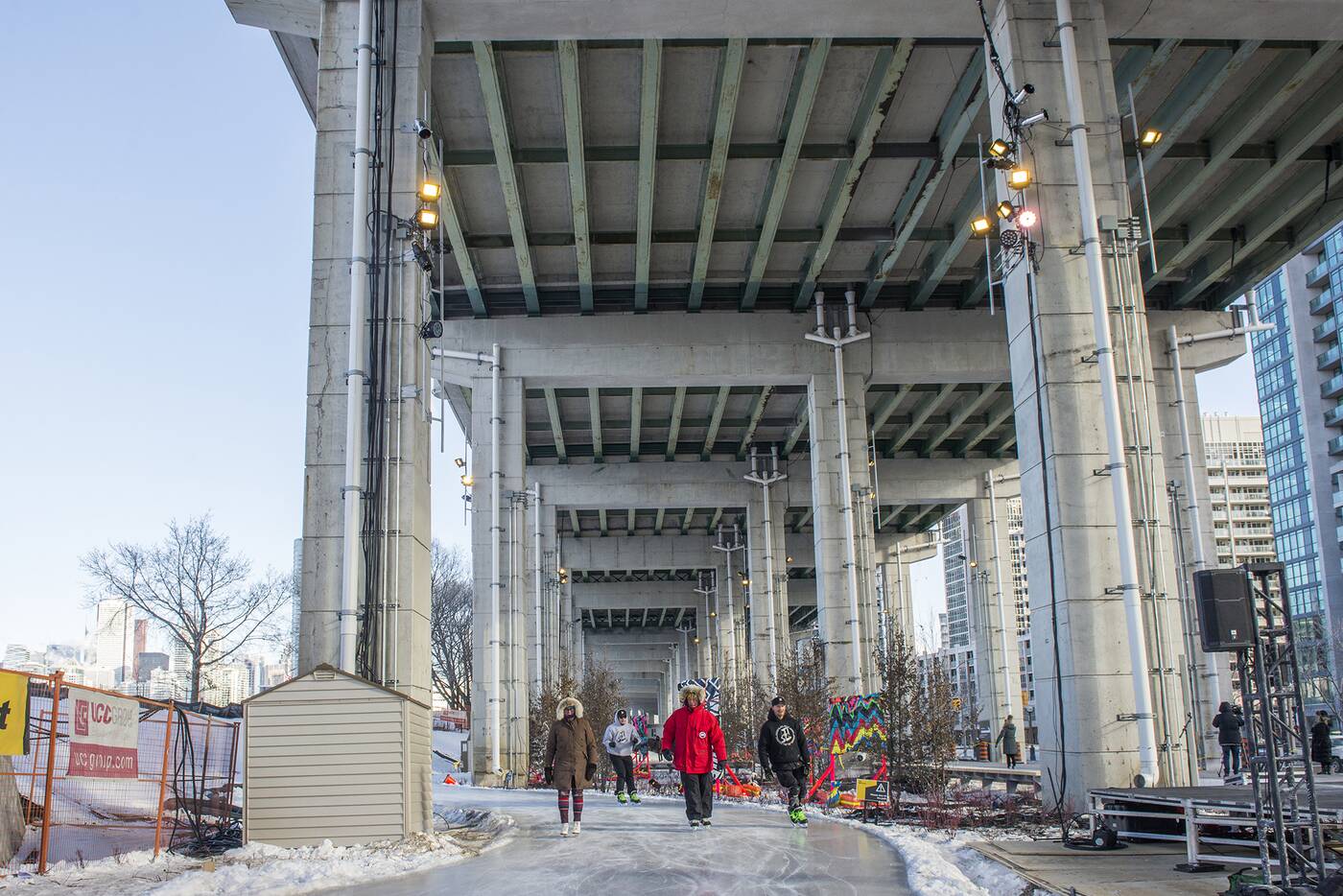 The Mayor’s Skate Party will also take place on January 7 from 1 - 4 p.m. Complimentary skate rentals and hot chocolate will be available. 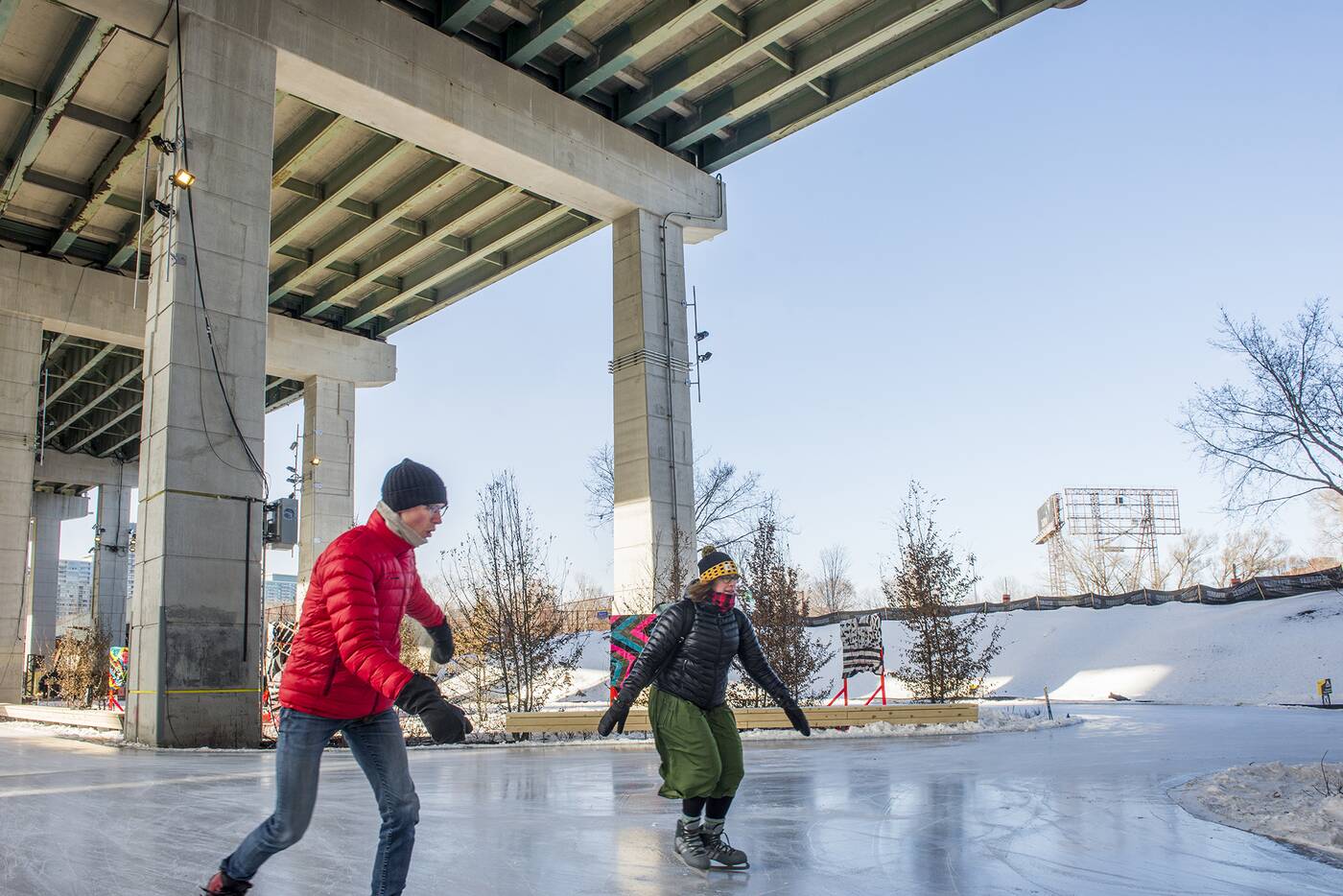 There’s a ton more fun programming going on at the Bentway Skate Trail until mid-March, and the official launch of the Bentway will take place in June. 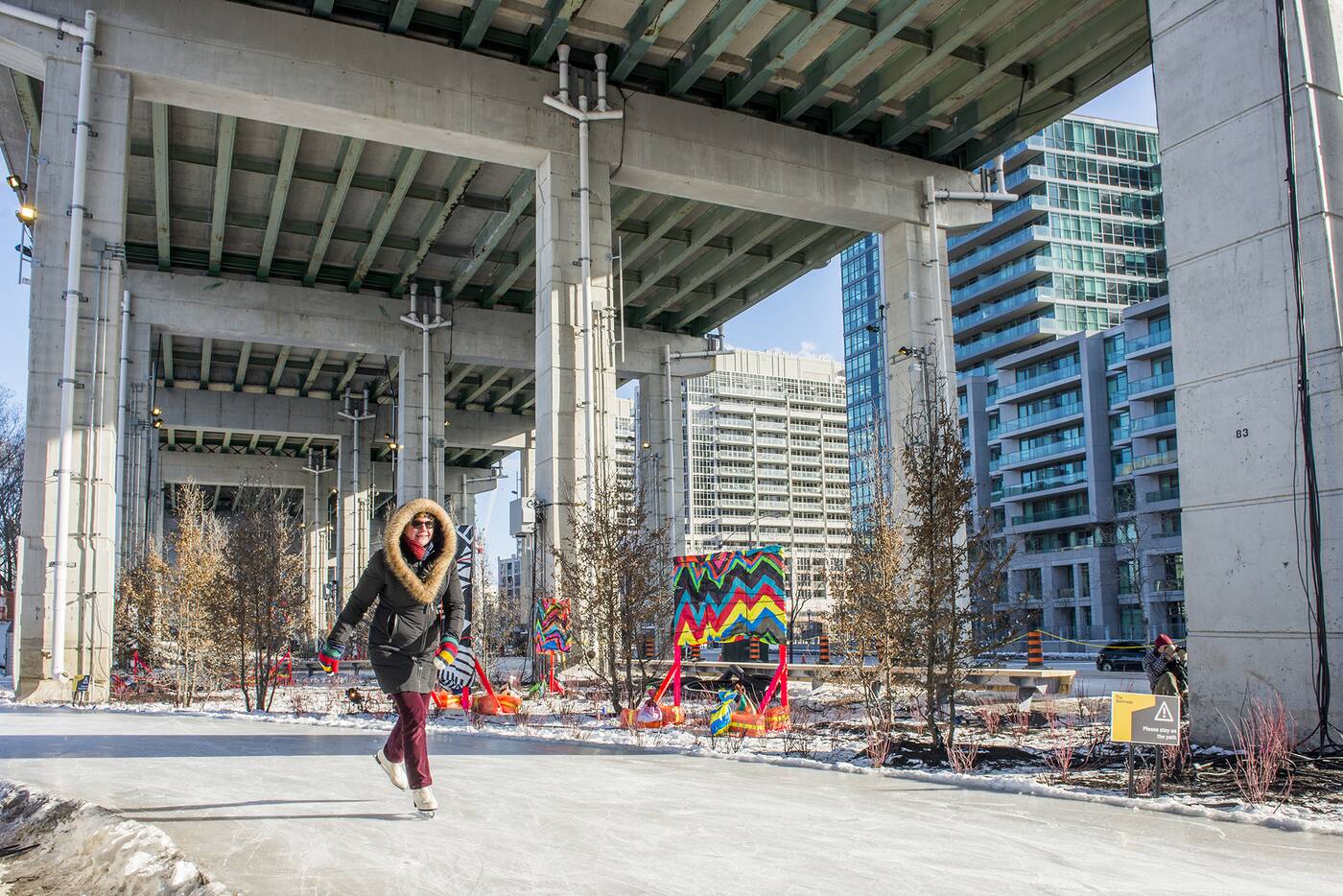 Just remember that if you attend the opening weekend of free events, bundle up! Toronto’s frigid temperatures are sticking around a little while longer yet.