Circle of monoliths pop up around Toronto's flying saucer pavilion

Toronto has a new set of monoliths stationed around the city's odd space-age park pavilion.

The mirrored, oblong structures circle the Oculus Pavilion, located trailside on the southern end of the Humber River.

Unlike the monoliths that appeared on Dec. 31 and Jan. 1 in the Humber Bay area (later the arrival was spotted on video), the monoliths or "bold pink prisms" at the Oculus Pavilion are part of an exhibit and revitalization of the once-abandoned structure, according to a press release.

Designed by Toronto-based architecture and conservation firm Giaimo, the pink prisms around The Oculus and "echo the playful and fantastical nature" of the pavilion (also known as the South Humber Park Pavilion). Each prism has a reflective mirror allowing "visitors to explore the space from new perspectives." 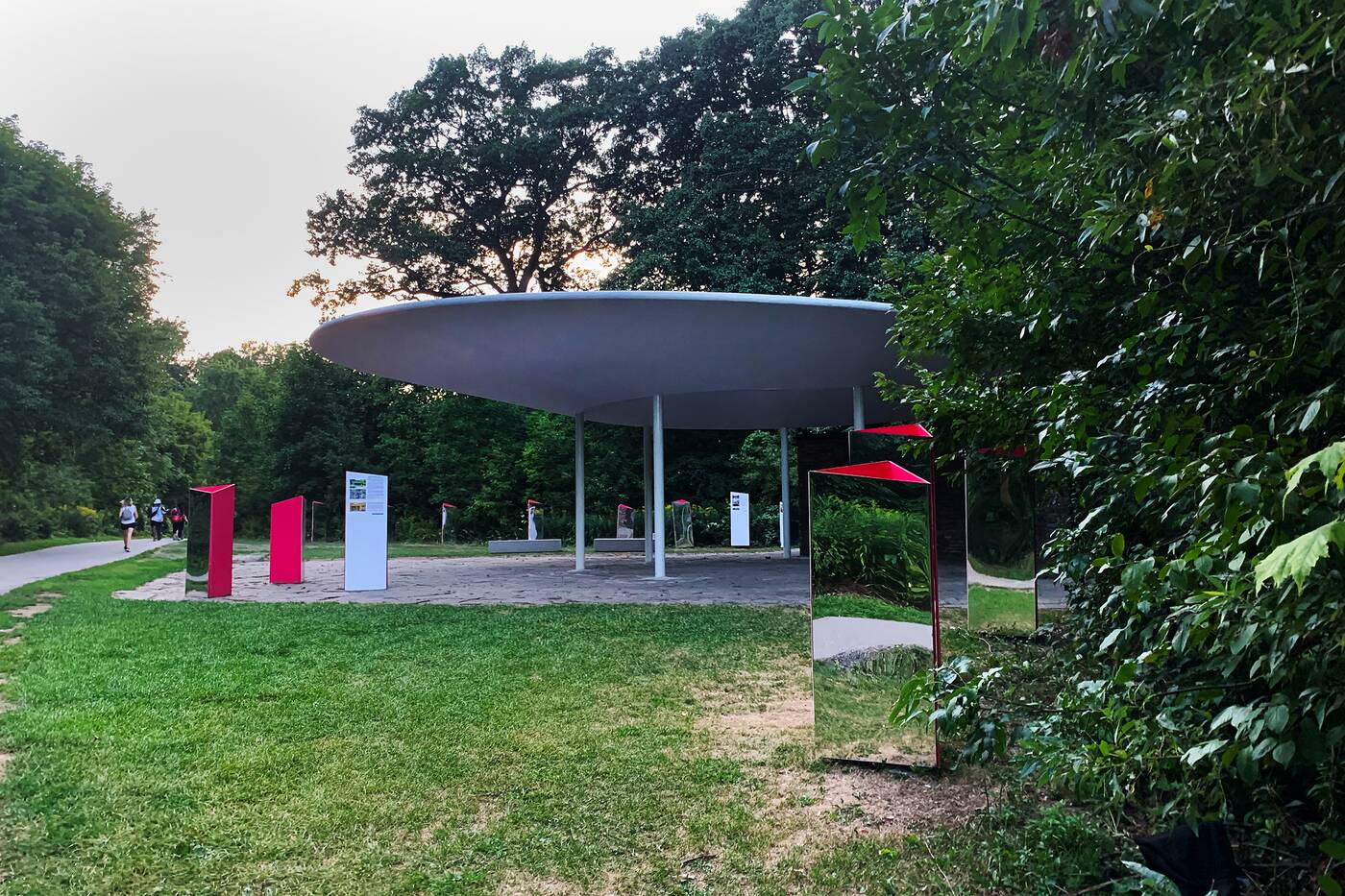 The mirrored prisms allow visitors to explore the space from new perspectives.

The Oculus was born out of an age fascinated by space travel and getting ready to send people to the moon. Built in 1959 by architect Alan Crossley and consulting engineer Laurence Cazaly, The Oculus is "a fantastical space-age park shelter."

Its "sculptural quality and use of concrete is part of a generation of ambitious and optimistic public pavilions built in the late 1950s and early 1960s that can be found scattered throughout the City's parks system."

The exhibit, created between July 5 and Aug. 3 while the pavilion was fenced off, is part of The Oculus Revitalization project, which aims to transform the pavilion into a vibrant community space.

The project included the restoration of the stone structure's exterior surfaces, pavilion columns and canopy; and flagstone refurbishment below the canopy. The project, announced in July 2019, is a community initiative led by ACO Toronto, ACO NextGen and Giaimo.

More is planned for the pavilion including free walking tours, new benches, the unveiling of a heritage plaque, and several artist-led events and initiatives.