A global phenomenon seems to be in Toronto with the odd arrival of a slim, steel monument on the shores of Lake Ontario.

Monoliths have been mysteriously appearing around the world including in Utah, Romania and California — and now, apparently, Toronto.

Humber Bay Shores resident Monica Lerin told blogTO she spotted the steel structure around 9:30 a.m. on Dec. 31 on a walk along the lakeshore. She went to a popular spot that has a view of the Toronto skyline and saw the monolith. It wasn’t there the day before, she said. 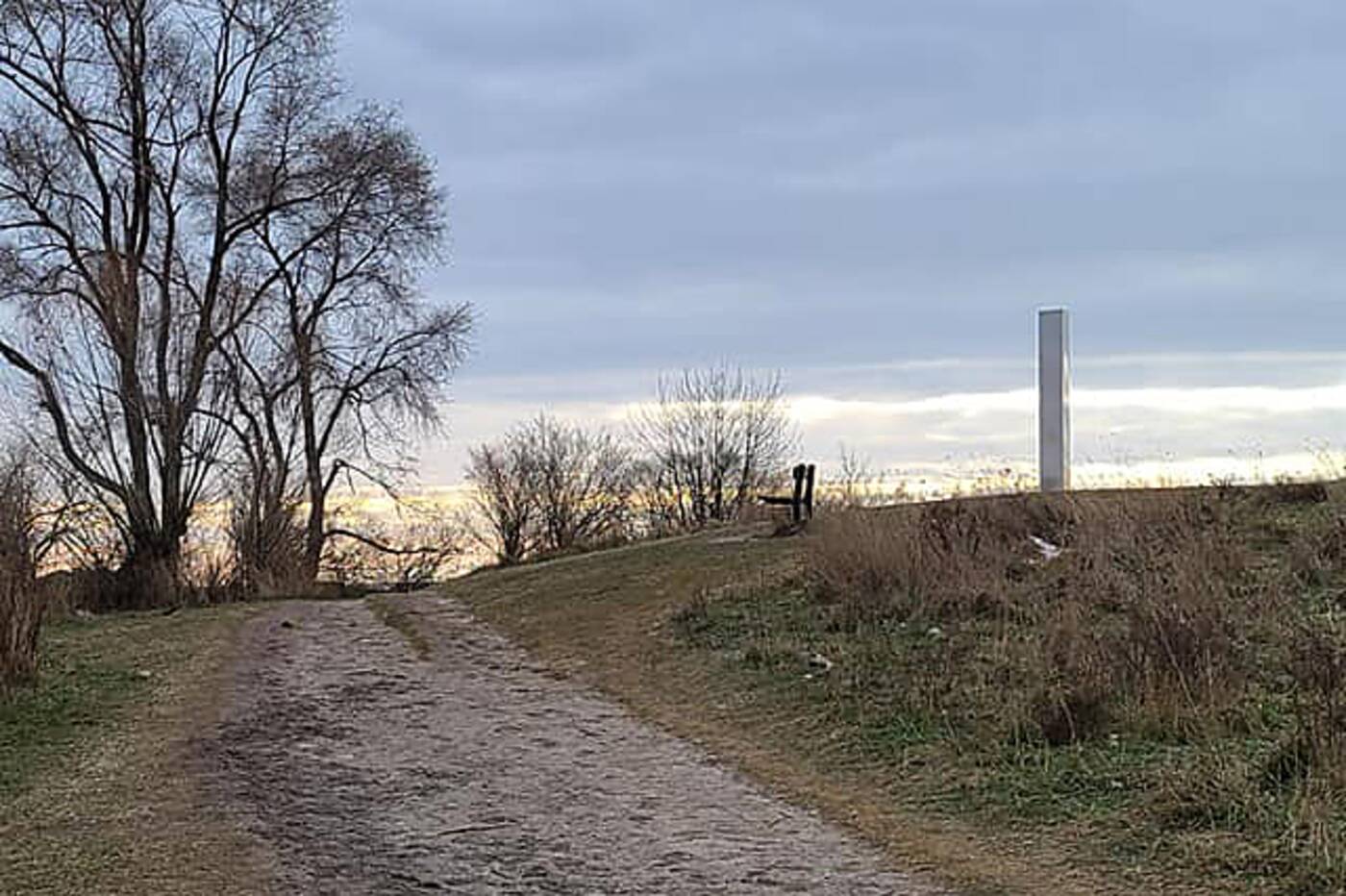 Monica Lerin came across the monolith while walking at Humber Bay Shores on Dec. 31.

"This morning, I just walked the same trail that I walk every morning and it was there. It was just cool," she said. "I was just like 'oh my God it is those things you see in the news.'"

She guesses it is about three metres tall. The ground around the monument looked like it had been disrupted.

"You can see it was installed recently," she said.

Lerin was on the walk alone but there was at least one other person taking photos.

She has no idea who put it there.

The monolith is not the first for Canada — one appeared and then quickly disappeared in Manitoba this month. 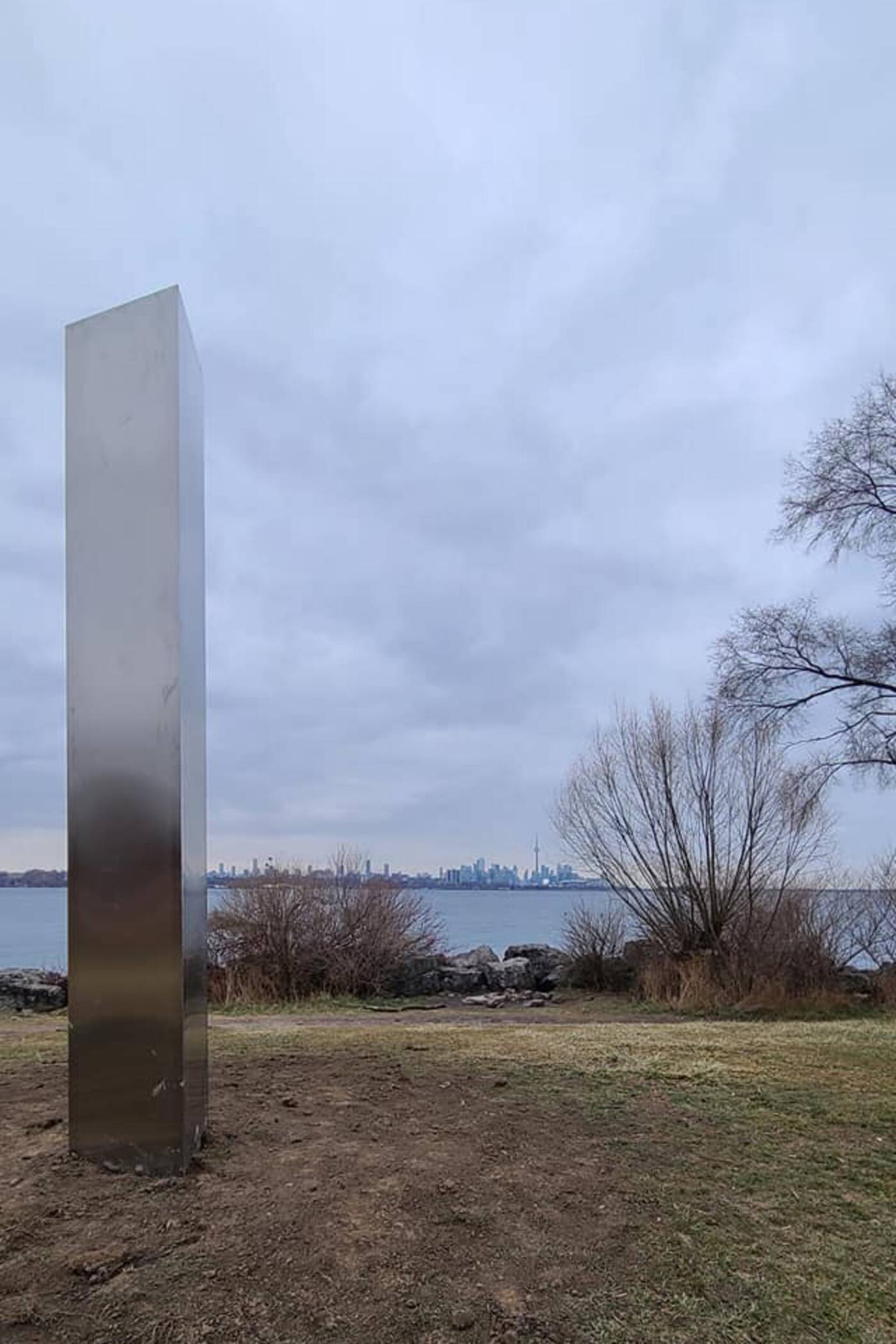 The monolith is in a spot popular for seeing the Toronto skyline.

Although there has been speculation the monoliths arrived via aliens, the CBC tracked down the creator of the Manitoba monolith. The person told the broadcaster "the goal of the installation is simply to have fun and provide a small distraction from the constant worry of the COVID-19 pandemic."

If the Toronto monolith is like others around the world, you better get there quick, if you want to see it.