The latest towers to rise on Toronto's waterfront aren't new condos but they are pretty cool to look at.

These towers, built of bricks, cement blocks and rocks appeared in Tommy Thompson Park recently. The towers, located on the shoreline at the east side of the park, look solid and appear to be stuck together with mortar. 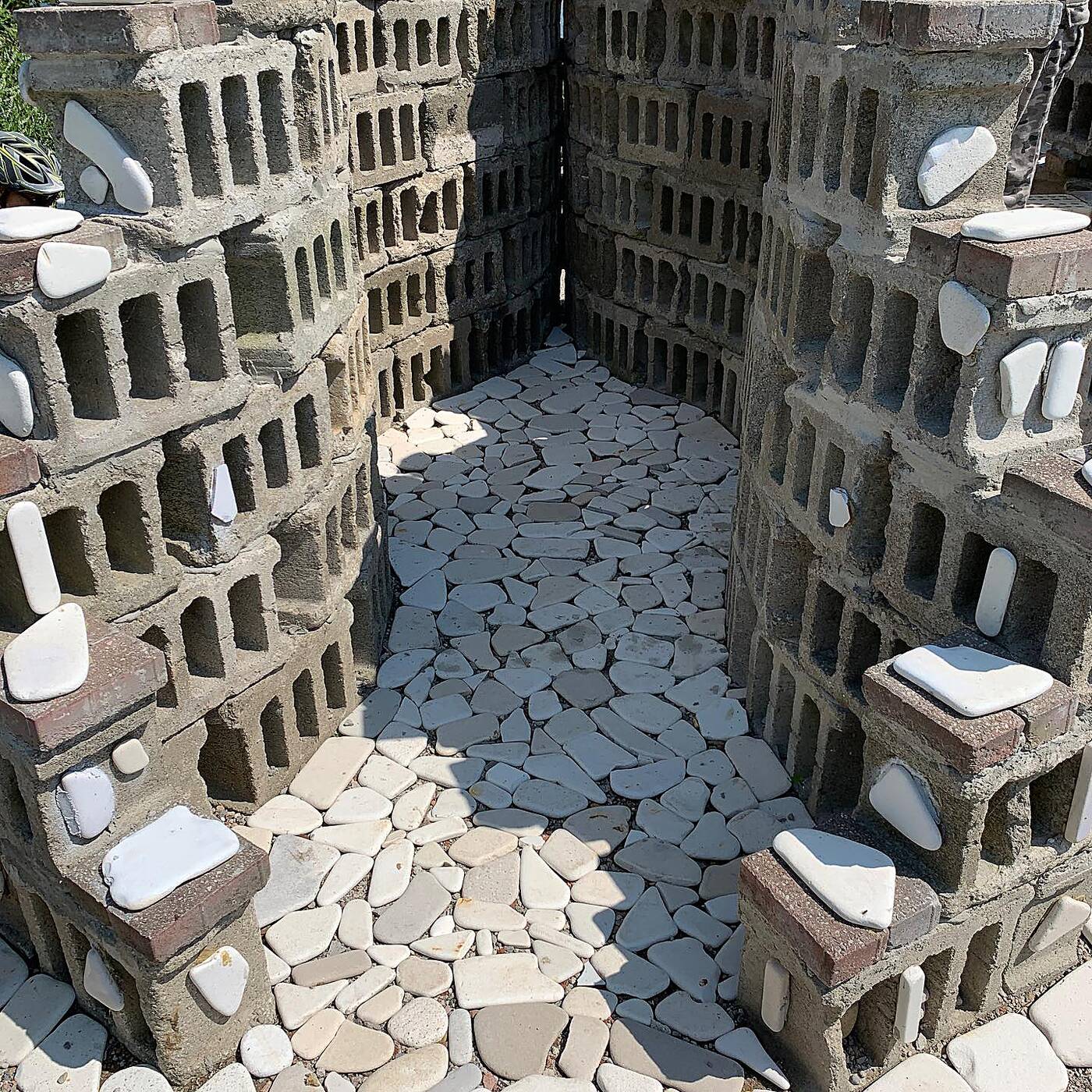 The structure is made with flat stones, bricks and cement blocks.

The 250-acre park on the Leslie Street Spit has been a magnet for sculptures over the years. \Originally intended as a breakwater in the 1950s, the park peninsula was human-made to accommodate a forecasted expansion of shipping traffic to the city's outer harbour — an increase that never ended up happening. Instead, the city began using the Spit as a dumping ground in the 1970s

With the remains of the construction materials left scattered around the park, it is tempting to get creative.

Someone created winding bike paths with red bricks and stones through one of the less travelled areas in the park. After complaints were made, the bike paths were removed.

In 2018, a Toronto artist, JD Craig, made a miniature city out of construction stones on the beach.

Last fall, an outdoor art installation started at The Spot, which included 200 pieces of art, a fireplace and places to sit. The Spot is the work of many people who come and create art with construction material, paint and markers.

These art installations are a welcome distraction for many, particularly at a time when it is difficult to get to an indoor art exhibit.