The 10 most Instagrammable murals in Toronto

The most Instagrammable murals in Toronto are beautiful works of art that deserve a snapshot. There are plenty of places in the city to see urban art up close and personal (Graffiti Alley and Underpass Park, just to name a few) but it's nice to capture a little piece of Toronto on your phone for later viewing—no filter necessary.

Here are some of the most Instagrammable murals in Toronto.

You Are Here at Flying Pony

The mural outside this Little India cafe is as big an attraction as the coffee inside. People love to post up to with their lattes next to this this colourful Andre Horne work.

This mural is just one of towering several murals by artists Javid Jah and Luvsumone dedicated to the Raptors during and after our glorious Finals win (their Raptor mural is equally epic).

This is Paradise on Queen West

A pop of bright colours is what you'll get with a photo in front of this mural on the exterior of the Cameron House, painted by Tom Dean. The sidewalk here is slightly slanted, which will be cool for pics.

The angel wings by artist Sarah Skrlj are pretty much a standard photo-op for any Toronto tourist who is in the vicinity of Calii Love near King and Peter.

The crazed design of this giant mural outside of Studio 835 was commissioned by Toronto artist Jimmy Chiale, and has been a staple part of Bloor's landscape for years.

Spruce up your feed with some inspirational words and a selfie in front of this giant mural by Ben Johnston, commissioned by Lifetime Developments. 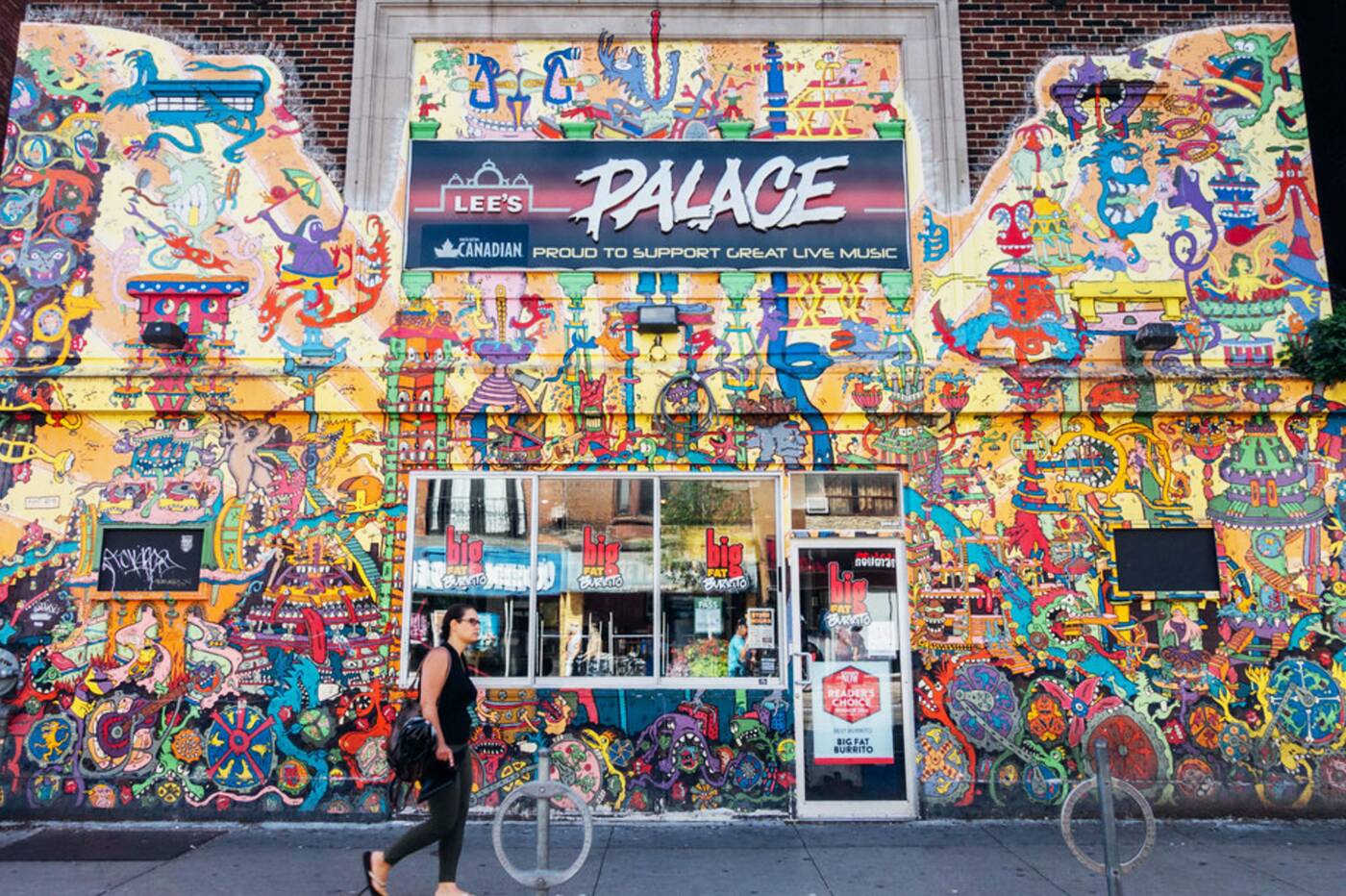 Photo of Lee's Palace by dtstuff9.

It doesn't get more quintessential than the facade of Lee's Palace. The Annex wouldn't be the same without artist Al Runt's strange and psychedelic creatures.

It wasn't painted lovingly by hand, but this epic mural outside the luxury consignment store OD is still a satisfying snapshot of the Raptors' star players, post-Finals. It's changed up a few times, but even Snoop has had his IG moment with the mural inside.

Anonymous Somebody at Runnymede Station

People watching is taken to new heights in this new mural from artist Elicser Elliott. Way more interesting than plain, washed out green walls (and less depressing than the Union Station art), these characters bring new life to this quiet pocket of the TTC.

Nothing more Instagrammable in Toronto than a mural that literally says Toronto outside this coffee shop on Spadina.