The Cameron House relives its past with new murals

Last July, I wrote about the impending replacement of the Cameron House's exterior murals. The building's management had been ordered by the City to pay for some much needed renovations to the building, but in the process, the existing murals were damaged, forcing them to be repainted.

Some five months later, and well past the venue's 30th anniversary in October, the new murals have finally taken shape (though not quite finished). The south wall, as we previously reported, was once again painted by local Toronto artist John Abrams â in fact, Abrams has painted each and every new iteration of that particular wall since 1984 (and there's been a few). His new painting features a stylized portrait of Pablo Picasso juxtaposed against the abstract lines and colours that Picasso and Georges Braque popularized with the advent of Cubism. 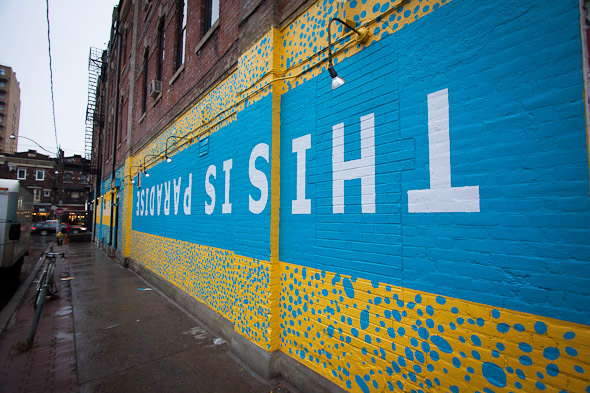 In contrast, the building's east mural, which previously featured the iconic smile painted by John Marriot, has been replaced with a composition by artist Tom Dean. Dean's wall painting features the words "This is Paradise" surrounded by yellow dots on top of an aqua blue background. 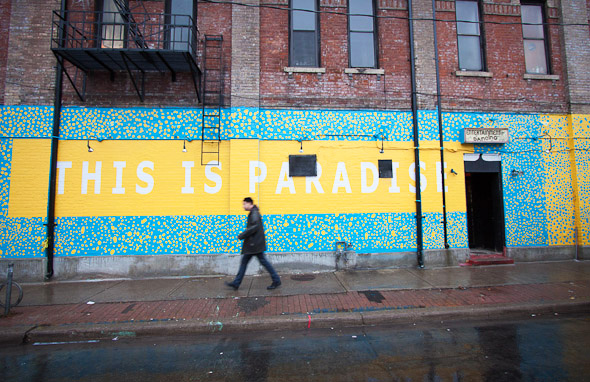 Over at the Grid, David Topping has the lowdown on the origin of the piece and its relation to Cameron House history. According to documents he turned up, the artist took refuge at the Cameron House in its grittier 1980s heyday after he'd been kicked out of his apartment. He spent many of his afternoons at the venue's bar, and, on one day in particular, when he was surrounded by afternoon drunks and the Queen West sun shining through the building's windows, he thought to himself, "This is Paradise." 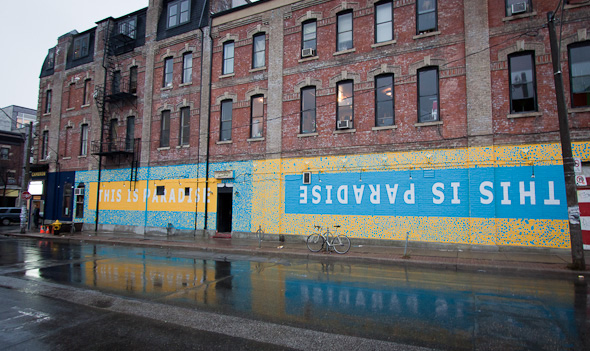 Visitors to the Cameron House will recall that this phrase appears on a placard inside the bar (it was also the name of a recent show about Queen West at MOCCA), but some 30 years later the moment has been memorialized on a scale as grand as the epiphany itself.

Some of the Cameron's past exterior murals 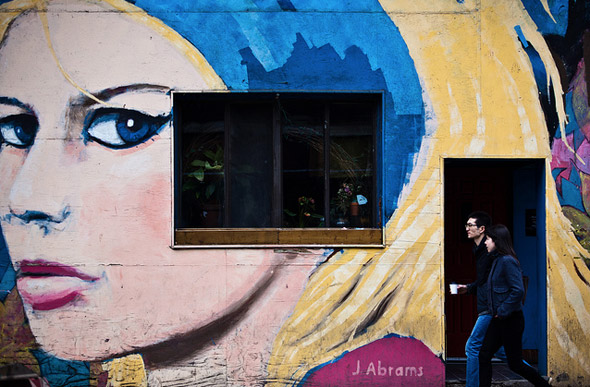 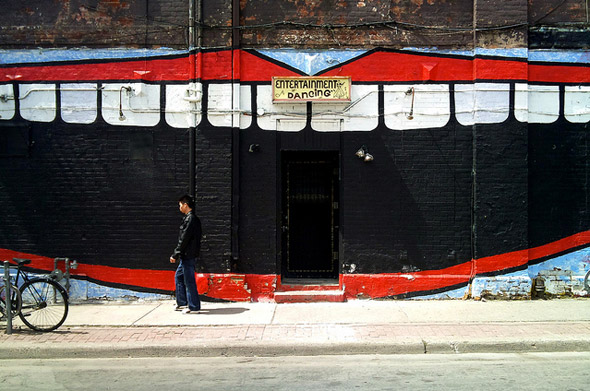 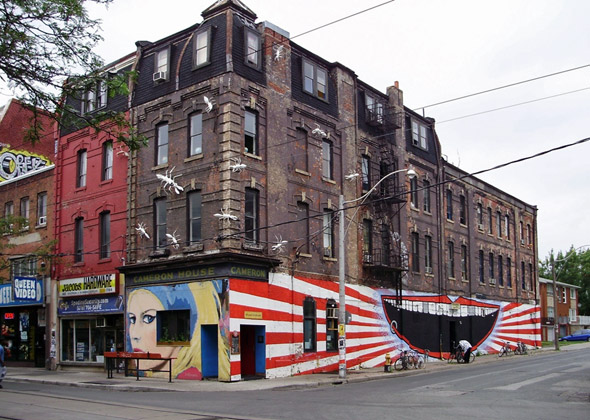 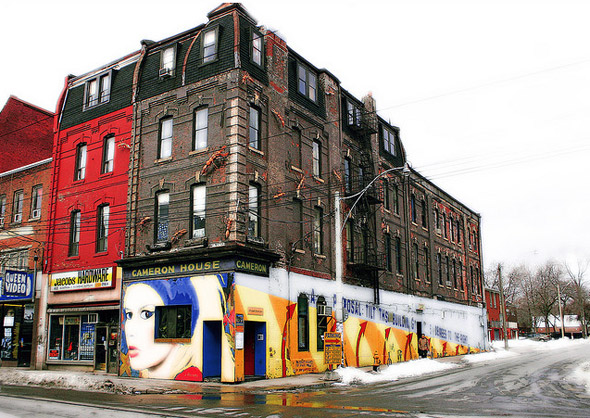 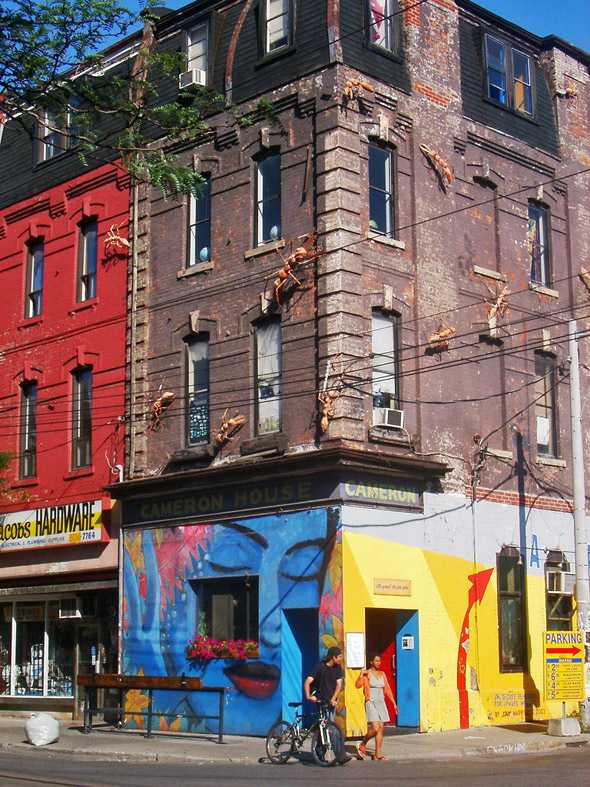