After a public campaign earlier this year to raise money to save Rolly's Garage there's finally resolution at 124 Ossington. This week Meta Gallery moved in with aim of launching its first exhibit on April 2nd. The venue Rolly's Garage will cease to exist in name, although there's a strong possibility Meta Gallery will host events presented by Rolly's Garage like the popular Night Market in 2010 and beyond.

The plan to lease the garage to Meta only materialized after Rolly's Robin Lacambra ran out of options to keep the space operating under her own creative direction. She tried to raise dollars from the Aviva Community Fund but when those efforts didn't materialize she started discussing lease arrangements with potential suitors.

According to Lacambra, there was interest from various retailers, an LA jeans company and someone who wanted to create an ice cream parlour but she ultimately decided on Meta because it would allow the space to continue as a showcase for contemporary art and founder Jody Polischuck was open to her being involved as "more than just a landlord".

To bring the space up to code so that it can re-open will require extensive renovations that will be led by Phil Terry, the same contractor who has done work for the 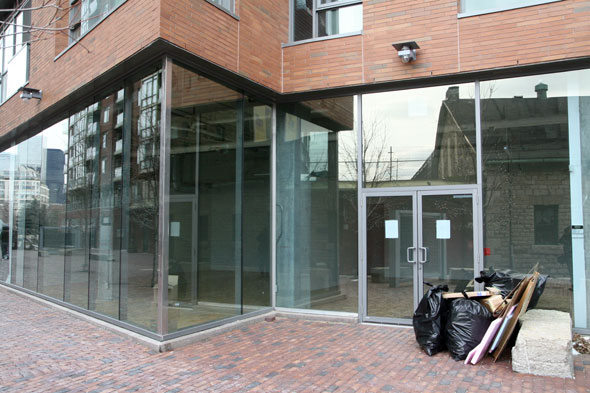 Drake Hotel, W Burger Bar and the Mercatto restaurants. Meta will be moving from their former home in the Distillery District which they closed last week.
According to Polishchuk remaining in the Distillery wasn't a viable option. He described the rent there as "totally unmanageable", a situation he suggests was brought about by the recession and collapse in the art market shortly after they moved in as well as what he believes are ongoing challenges to increase foot traffic in the area.

Polishchuk told me his rent on Ossington will be about half of what it was in the Distillery and that his location in the Distillery ultimately imposed too many constraints and provided not enough benefit to justify him remaining there.

Other galleries like Artcore and Sandra Ainsley have also failed to make it work in the Distillery. Both of them closed earlier this year.

Meta's expenses in the Distillery amounted to $10,000 a month which included both a base rent as well as additional cheques that all Distillery tenants must write for common area maintenance and an annual advertising fund, not to mention taxes and administrative costs. The landlord also mandated his gallery's hours, insisting they remain open 6 days a week, perhaps in order to allows visitors and tourists to wander in and check out art in between lattes at Balzac's and shopping at Lileo.

But despite his gallery's extensive opening hours, Polishchuk revealed they only ever sold one artwork to someone who "walked in off the street" and that the rest of the sales came through their regular clientele.

Asked why he chose the Distillery to begin with, Polishchuk admits he believed strongly in the vision for the area as a "nexus for art and culture in the city". But he claims foot traffic this past summer was "really poor" and "in the winter, forget about it....you see frozen tumbleweeds everyday." 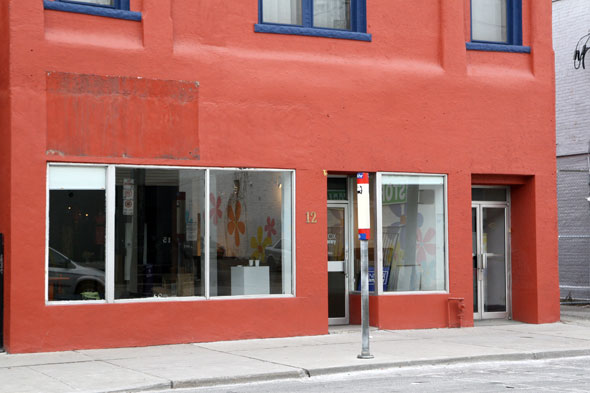 As for his move to Ossington it will be interesting to watch how the gallery scene plays out there in the years to come. There are rumours these days that most of the galleries on West Queen West will be moving to Dundas West when their current leases expire and even galleries like TPW and MKG 127 might need to eventually move elsewhere as rents have skyrocketed since they originally settled on Ossington. Lennox Contemporary, a long time fixture at 12 Ossington closed at the end of December but Angell Gallery will be moving into the space in preparation for a February 1st opening.

As for Lacambra, she'll be heading back to school to study French and philosophy at Glendon College as well as pursuing her own music interests and craft-centric art initiatives. But keep an eye out for both her and Polishchuk at Meta Gallery once it re-opens as there's an exciting bunch of exhibits already planned featuring artists like Mars-1, Wayne Martin Belger, Jason Garcia and Vincent Castiglia.