The Canadian master franchise of fast food giant McDonald's has some very disgruntled customers across the country, as countless users of the burger joint's mobile app have found themselves on the receiving end of enormous data charges from phone carriers.

A blogTO reader brought the issue to light, explaining that since a recent McDonald's Canada app update in late June, his data usage began to skyrocket.

Upon checking up on his data usage, he realized that an app used for at most a minute or two per day, was responsible for almost one-quarter of his total data tally.

"In the last 26 days, I have had 4.7 gigabytes of total cell data," says the reader, who wishes to remain anonymous. He breaks down just a section of his data usage, saying "that of the total 4.7, 1.1 gigs is McDonald's, 145 megabytes is Instagram. 453 megabytes is Safari and 400 megabytes is LinkedIn."

The reader says that such data usage "can impact the data packages of people who are with some of these organizations like Rogers or Virgin, where they'll be going to the end of their cycle, and looking at their phone and being like, 'how on earth did I go through 10 gigs?'"

And reviews on the App Store show many McD's customers experiencing the same problems. 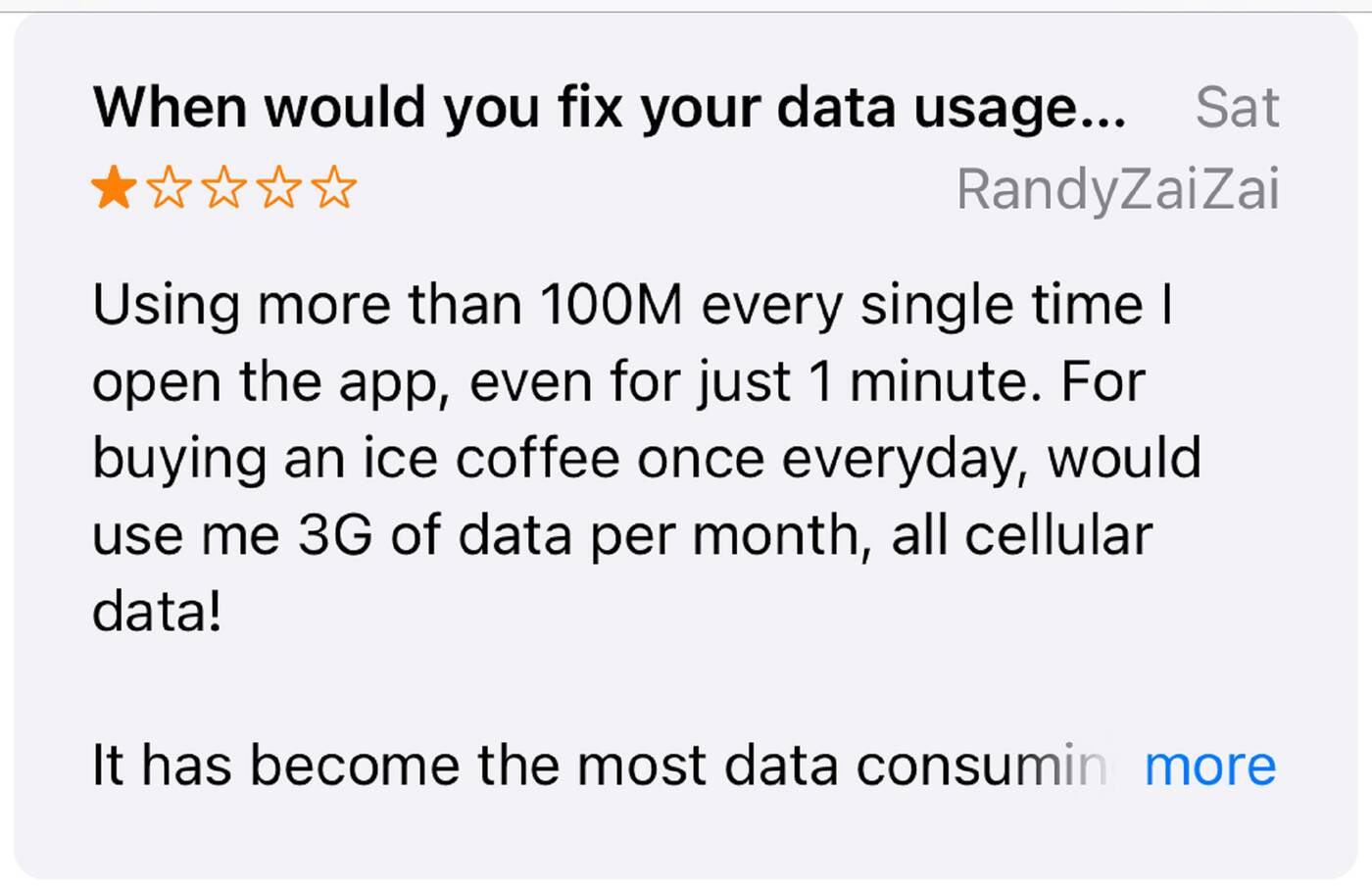 On June 22, one iPhone user claimed the app drained 800 megabytes of data in just 10 days for an astonishing rate of 80 MB/day. 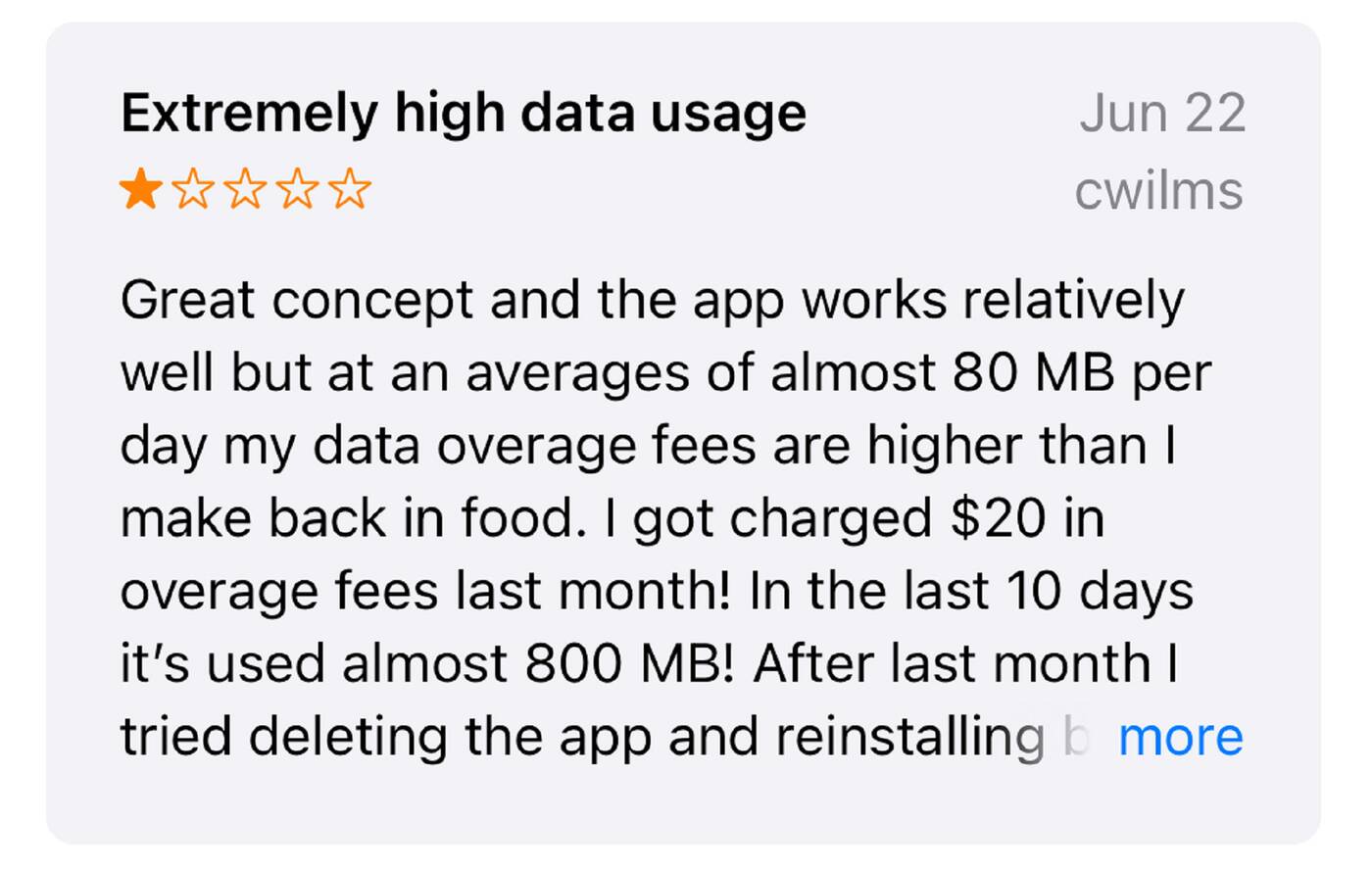 Another user claims that this could result from an optimization error with the app, stating that "over a 2 month period, this app used 2.4GB of data, I only occasionally open this app just to load my code when I order." 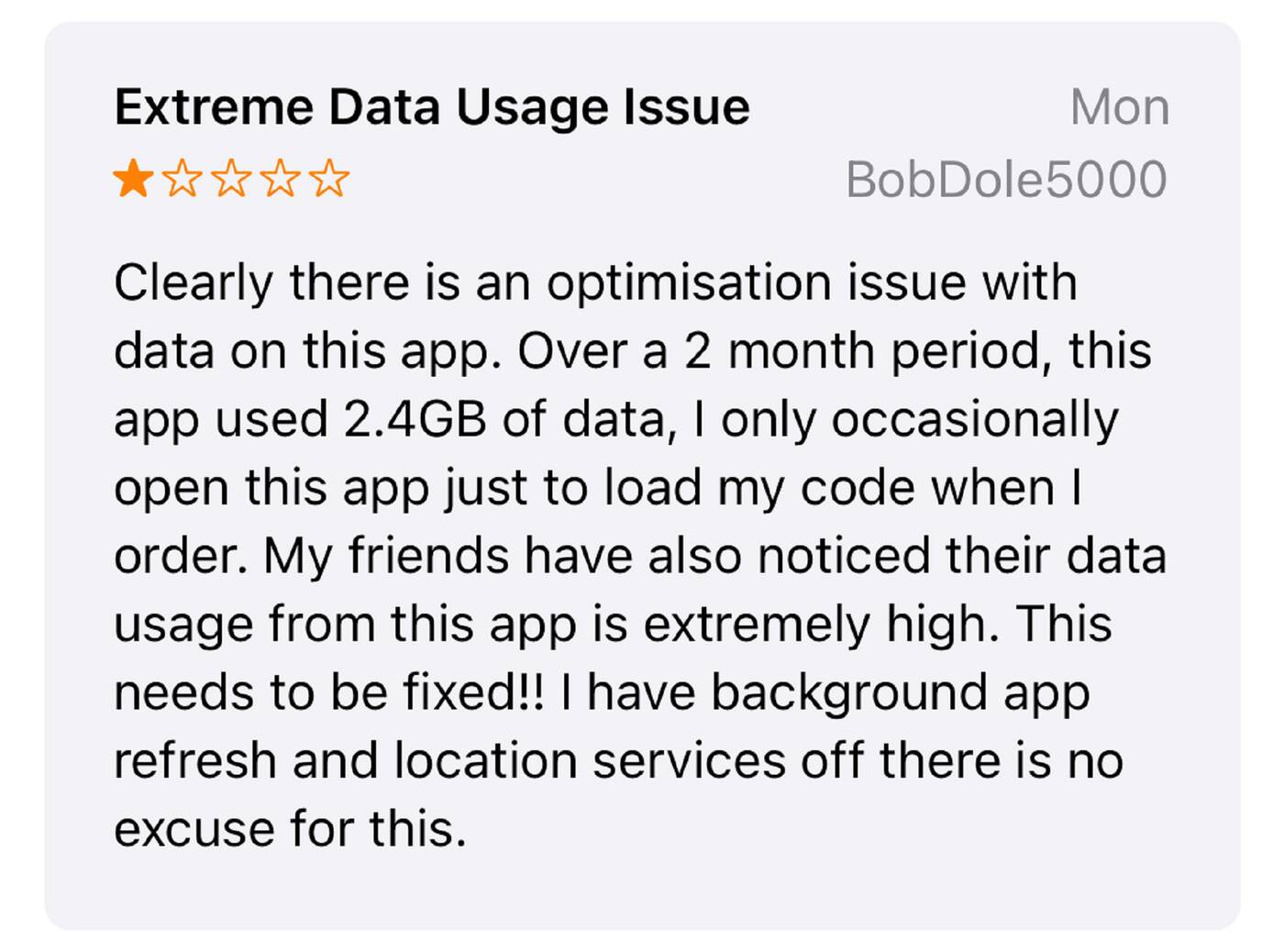 The negative reviews go on and on, showing that this is not an issue limited to just a few unlucky app users. It's widespread. 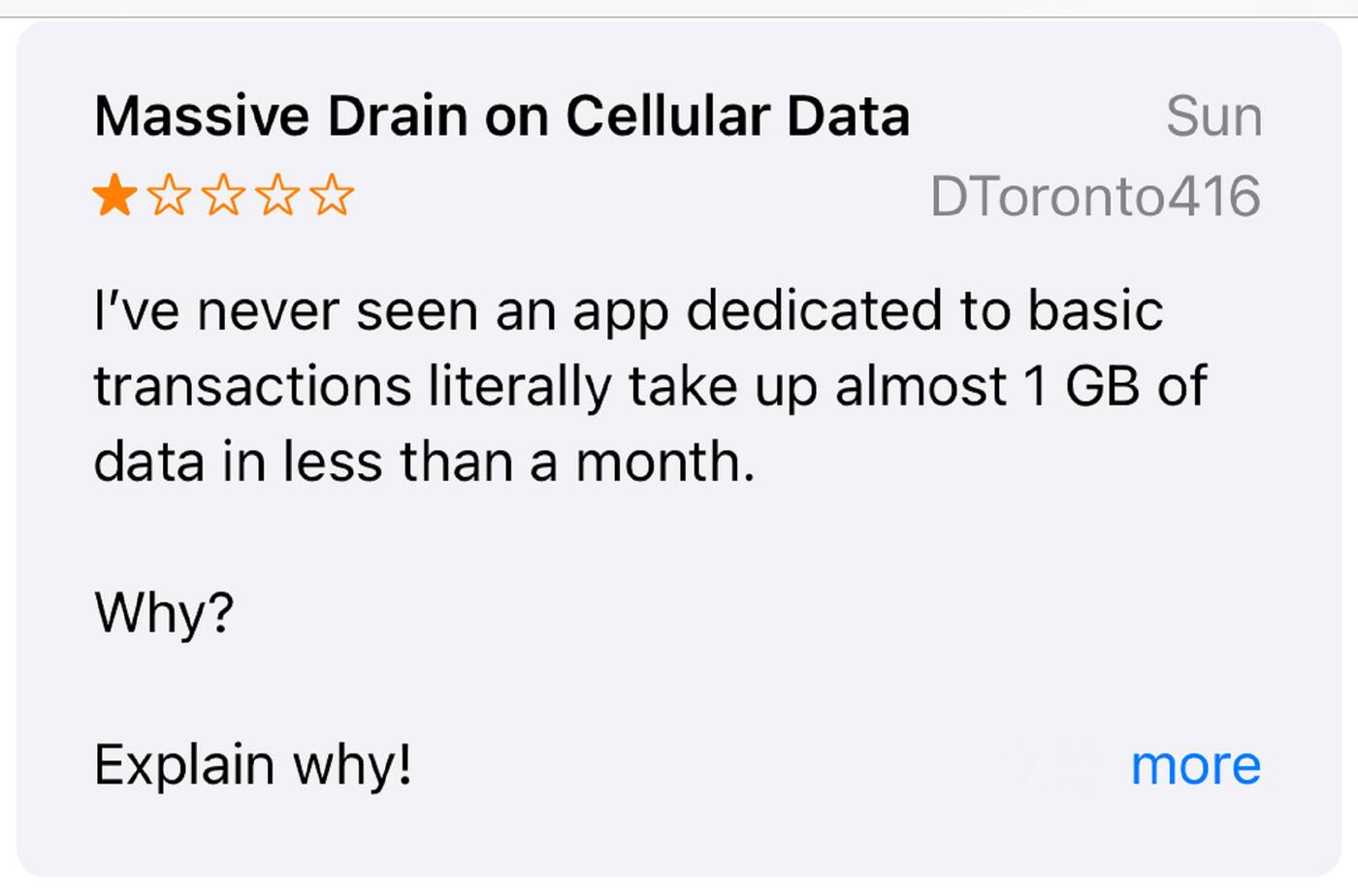 The flood of complaints is not limited to the version of the app running on Apple's OS, with several similar Google Play Store reviews.

One Android user states that "this app runs in the background and keeps inserting itself with blank notifications into the notification area when it is completely unnecessary for the functioning of the app."

The review adds that "McDonalds customer service says, 'Our app does these things so that it can work to its fullest capacity', which is clearly a sleazy answer. It also shows offers that aren't available in my area, despite knowing where I am. Like a true time waster."

blogTO reached out to McDonald's Canada's media relations team on Thursday morning, seeking an explanation or even an acknowledgement of the issue. There has been no response as of writing.

In June, the Office of the Privacy Commissioner of Canada released a statement warning that "people who downloaded the Tim Hortons app had their movements tracked and recorded every few minutes of every day, even when their app was not open, in violation of Canadian privacy laws."