Someone just made it easy to protest the veganization of Parkdale

By my rough estimate, about 50 per cent of people who live in downtown Toronto hate vegans, gentrification or both.

At least 90 per cent of that 50 per cent feels so strongly about these two topics that they will rage out upon seeing the word Vegandale in headlines on Facebook or anywhere else.

Lucky for them, and the rest of us, one brilliant Torontonian has gifted the internet with a simple browser extension that effectively erases Parkdale's self-styled all-vegan district from online existence — or rather, gives it a different name. 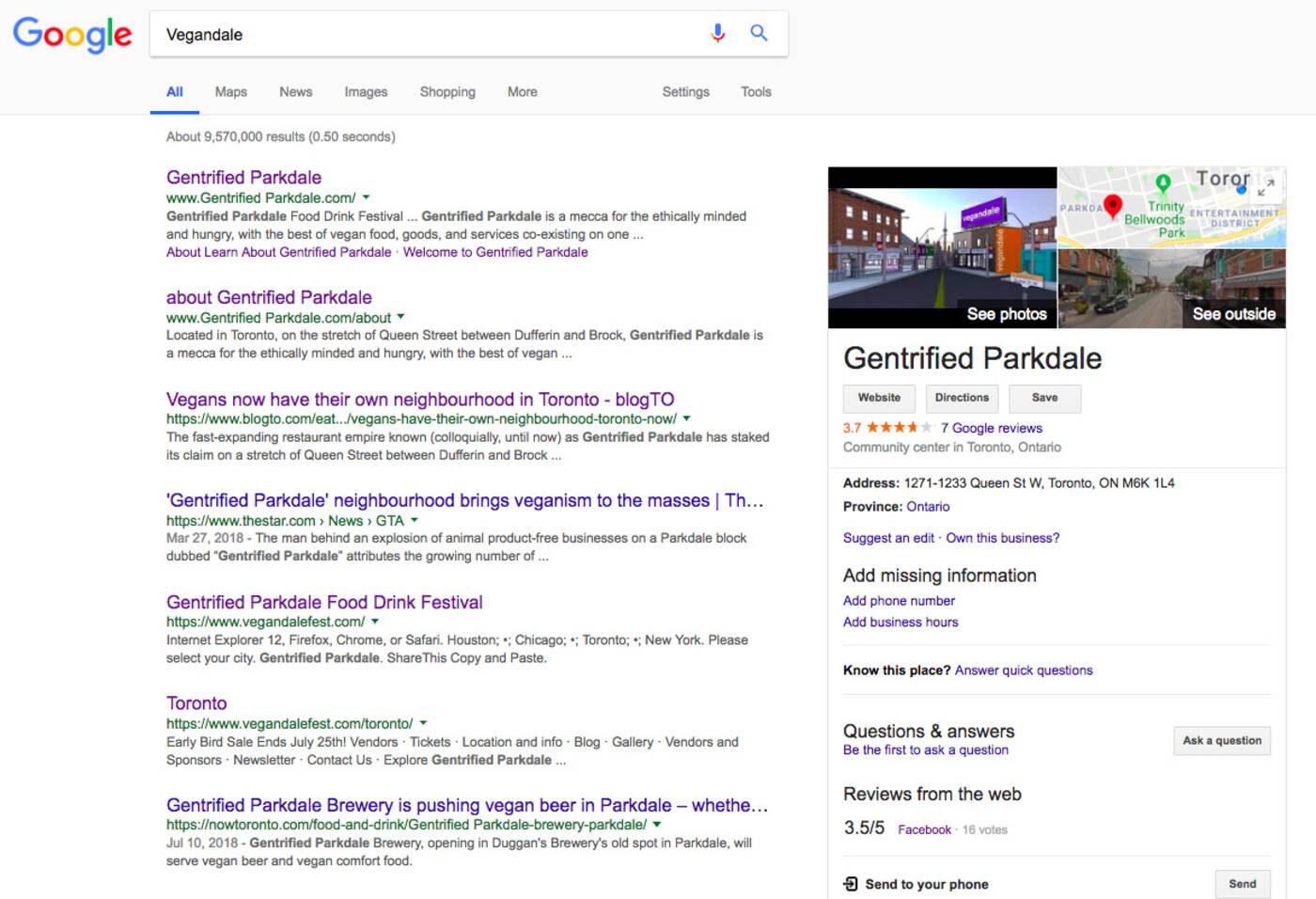 'Gentrified Parkdale', a group of cruelty-free businesses by The 5700 Inc. in Toronto's Parkdale neighbourhood, has proven incredibly controversial since it was first announced in March.

The free Chrome extension is called Vegandale Sucks, and activating it will make reading about that contentious stretch of Queen Street between Dufferin and Brock hilarious, regardless of how you feel about the neighbourhood.

Essentially, it turns every mention of the term Vegandale into Gentrified Parkdale (or as many mentions as it can. Static images are obviously exempt.)

"Parkdale is a diverse neighbourhood whose marginalized communities are being evicted to make room for privileged, inaccessible veganism," wrote the app's developer, Ami Powell, on Instagram earlier this week.

"While this Chrome extension does not stop gentrification, it does stop you from seeing the ridiculous name they are using to rebrand Parkdale." 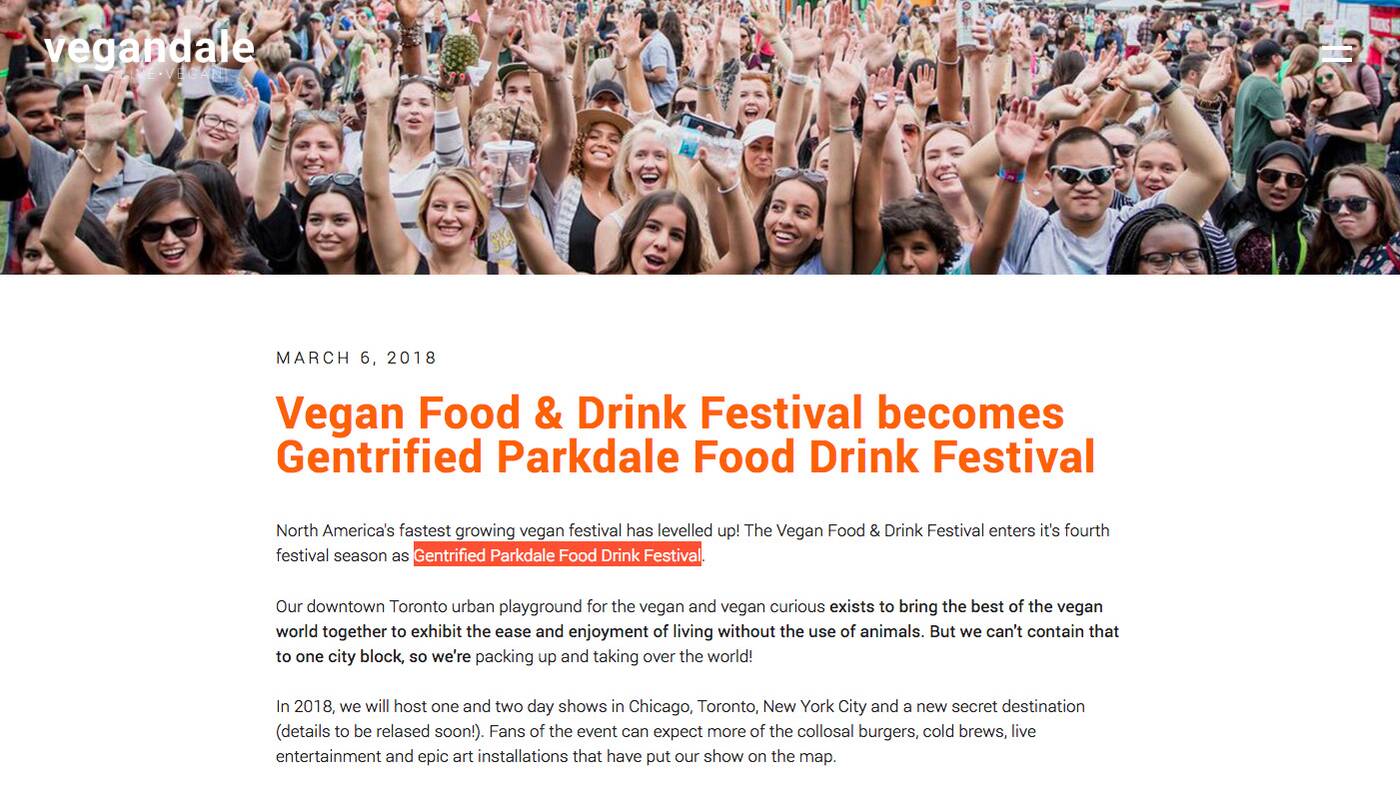 Not even Vegandale's own blog is immune to the power of a new Toronto-born Chrome extension that seeks to mask it out.

"Did you complain and shout 'gentrification' when other stores and restaurants (that don't label themselves as vegan) popped up in Parkdale over the past five years?" wrote one Instagram user.

"No, thought not. Stop pretending you care about gentrification, you're just using it as a stick to beat vegans with." 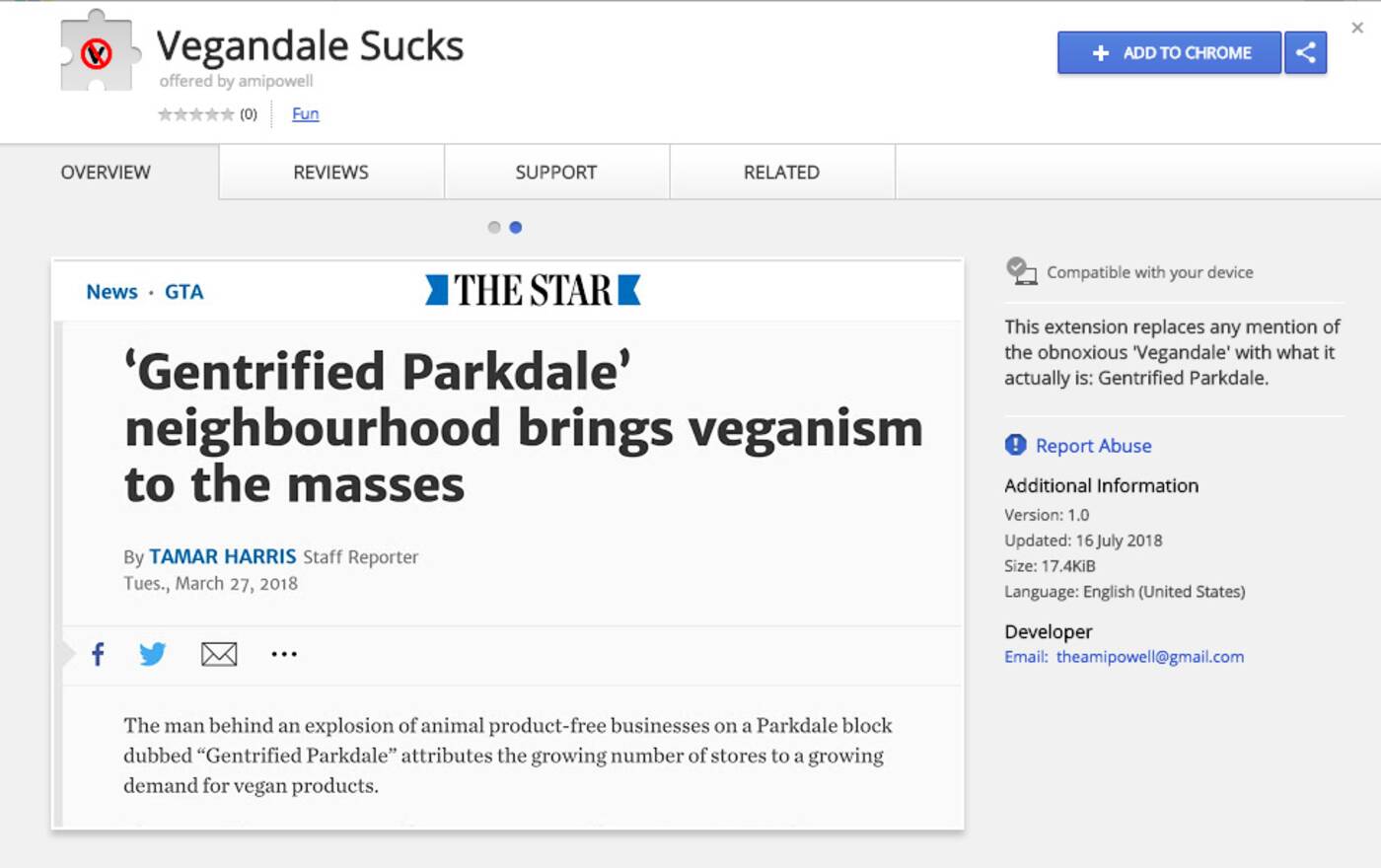 The extension is listed under the 'fun' category is Chrome's web store.

Powell, who calls the Chrome extension a "fun coding project," argued that her criticism doesn't extend to veganism as diet or lifestyle.

"It's about a corporation rapidly expanding in a struggling neighbourhood and claiming it as their own," she wrote, "without being mindful of the history of the marginalized communities being displaced because of this rapid gentrification."

Hector Vasquez at The Imperative