A neighbourhood known for its eclectic shops, vibrant community and great food, Kensington is now home to the new offices of Normative, a design firm that works with Fortune 500 companies as well as startups in Toronto, New York, San Francisco and Los Angeles. 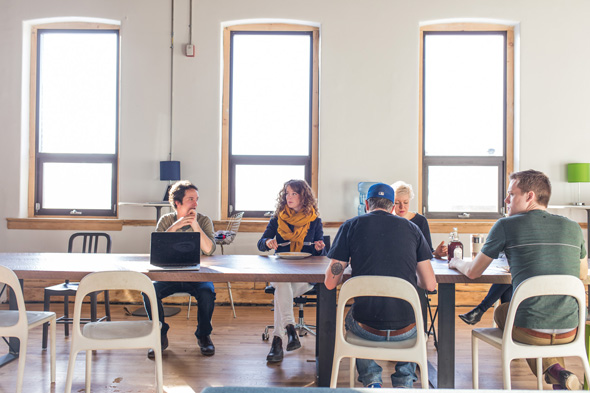 Formerly located at The Foundery Building near Bathurst and Dundas, Normative is a team of 30 designers, marketers, and thinkers. Co-founders Matthew Milan and Jon Tirmandi started Normative in 2008 with a vision to bring together the best of traditional and modern design practices to better the lives of people and companies in the 21st century. 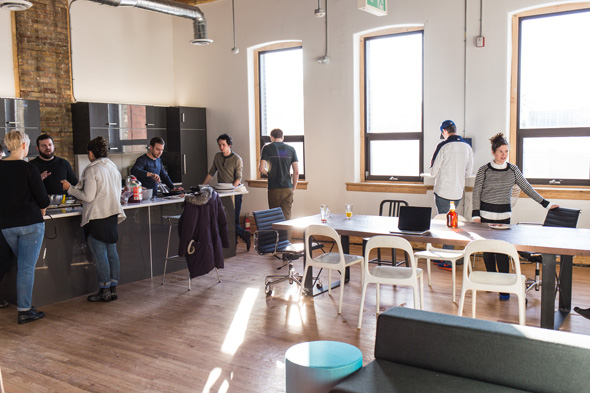 The ground floor of 91 Oxford, which is still very much under construction, is a stark contrast to the newly renovated second floor. Robyn, one of the designers at the firm finds me shaking the ice off my boots in the lobby and takes me upstairs to meet Amrita Chandra, the head of marketing at Normative, who also happens to be an expert pancake-maker and a very gracious host. 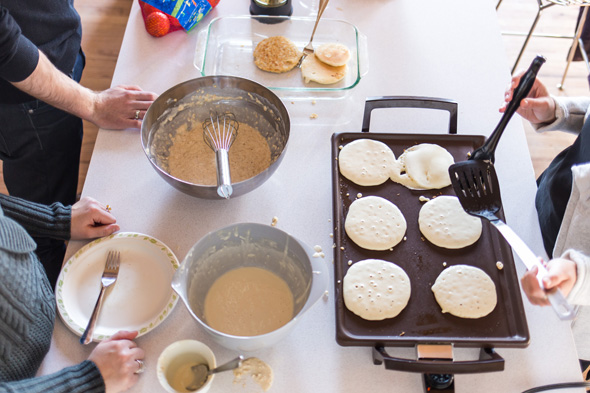 Aside from the obvious love of good design, the team likes to bond over good food and conversation as well. This morning, they're all taking turns manning the pancake and bacon stations for breakfast. 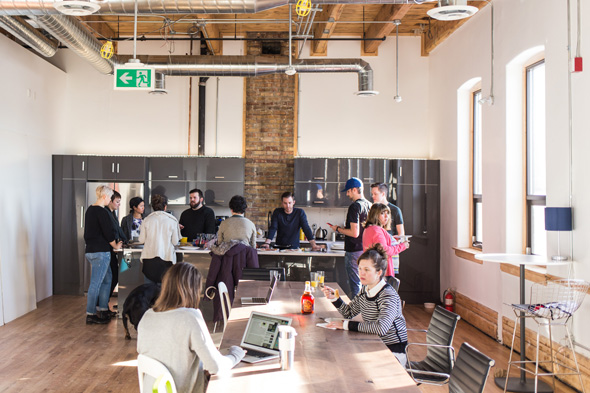 Normative works collaboratively with their clients and a lot of their office space is dedicated to facilitating that type of interaction. One side of the office houses all the full-time staff, while the other side is dedicated to open stations for clients to come in and work with the in-house team on different projects. 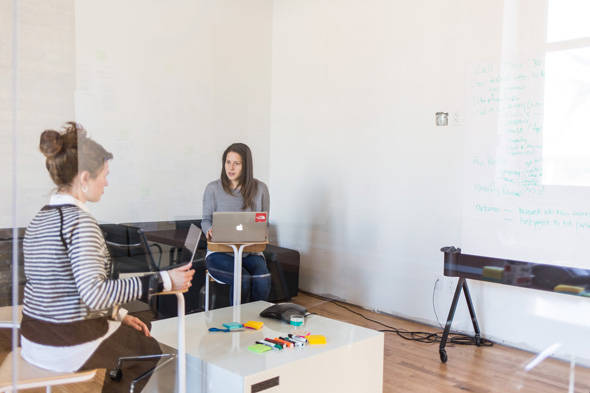 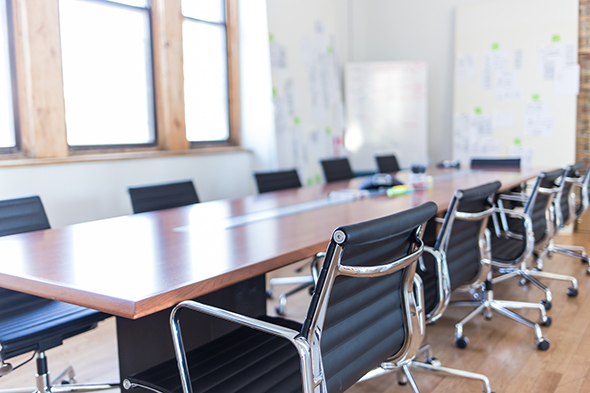 Designers and design offices are known to be big fans of whiteboards. To support the team's need for writable surfaces while also using the natural light to its full potential, the glass walls of the board room and meeting rooms can all be written on. 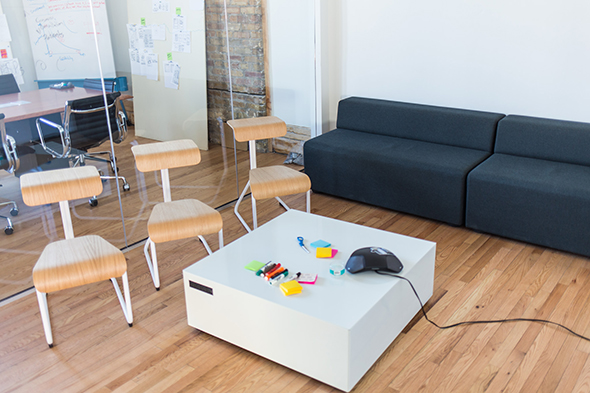 The new trend in office spaces seems to be turning warehouses into offices, and Normative's new space is no different. When Jon first visited the building, he knew it needed some TLC to fully realize its potential. But he liked that the neighbourhood was different, that it wasn't where you'd expect a design company's offices in Toronto to be located, and that it fit the personality of his team. 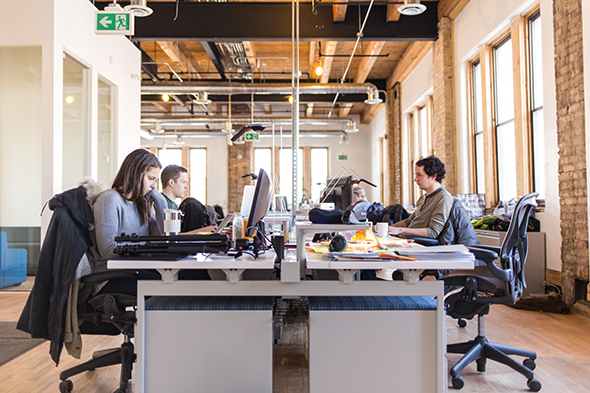 Converting a vacuum parts packaging company's facilities, however, took a lot of work and roughly six months from signing the lease to actually having the space move-in ready. The team is currently leasing two floors in the three-storey warehouse and plans to expand to the third floor later this year. 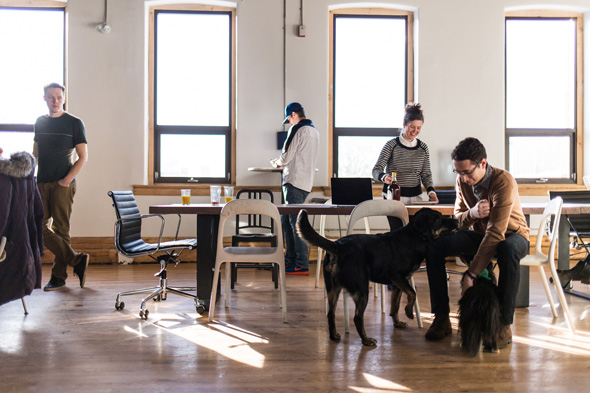 If showers, in-office puppy therapy, and breakfasts weren't perks enough, being located in Kensington offers the team a lot of great lunch options, their favourites include Seven Lives and Rasta Pasta.

A big supporter of Toronto's thriving design scene, Normative is set to host XX+UX Happy Hour on March 25. You can reach the team on Twitter here, and take a look at some of their work here.