It was almost 10 months ago that I first wrote about group buying sites and their growing prominence in Toronto. Back then there were less than 10 daily deal sites, and Groupon hadn't even launched in Canada yet. As a consumer I was excited about the potential of group buying sites, and quickly subscribed to every daily deal site in town. It seemed like a no-brainer for everyone involved - consumers got a great deal, small businesses got new clientele and the daily deal sites made a tidy profit by taking a commission of each deal.

Over the past year I've snapped up deals for restaurants including Trevor and Brassaii, shows like Yuk Yuk's and Second City, and more recent additions to the city including bowling at the Ballroom. But as I've collected and redeemed these deals, and as the daily deal industry in Toronto has exploded, I've witnessed backlash from businesses and consumers. And with yesterday's launch of Facebook Deals, it might be time to ask how many deals is too many deals?

There's no denying the industry is booming - after all Groupon recently turned down a $6 billion acquisition offer from Google, and Amazon invested $175 million in LivingSocial. And on a local level, Toronto company TeamSave partnered with Kijiji to launch their foray into deals, and local business TeamBuy appeared on Dragons' Den to look for funding (which it received, but turned down in subsequent negotiations). With the addition of Facebook Deals, there are now over 40 daily deals in Toronto every day. If you're subscribed to every site's deals (as I was at one point) that equals a lot of e-mails in the morning, and a lot of irrelevant deals to wade through.

In fact, being inundated by daily deal e-mails became such an issue that it spawned an entire new type of company, the daily deal aggregator. These sites aggregate daily deals from sites like Groupon into one daily e-mail, and some rank deals by the amount of the discount and the genre of deal on offer. Yipit is a popular deal aggregator in the U.S., while in Canada DealPage and OneSpout are collecting Toronto deals. OneSpout co-founder Antonio Rodriguez says e-mail inundation gave him the idea for the company. "I used to have six different emails coming to my inbox every day from websites like Groupon, Living Social and Teambuy, and it was getting hard to sift through the clutter in my inbox," he says. "I knew I wasn't the only one experiencing this problem." He says that since he started working on the project early last year he's watched Toronto's daily deal industry evolve, from the proliferation of the number of sites to industry-specific deal sites. While I use deal aggregators, I often find I don't even bother opening the e-mail since there are so many irrelevant deals.

With so much competition for small businesses to sign up for deals, you'll often see the same businesses offer deals with different companies. Recently I redeemed a WagJag deal for a manicure/pedicure at Tula, and while I was getting my nails done I heard about eight girls come in to redeem yoga classes from no less than three daily deal sites. It got me wondering - what's the impact on a small company's bottom line when they're offering up so many deals? There's no denying it's a great way to get new faces in the door, but sometimes the cost can outweigh the benefits. And with so many deal sites cropping up, stories are emerging of salespeople trying to persuade small business owners any way they can. 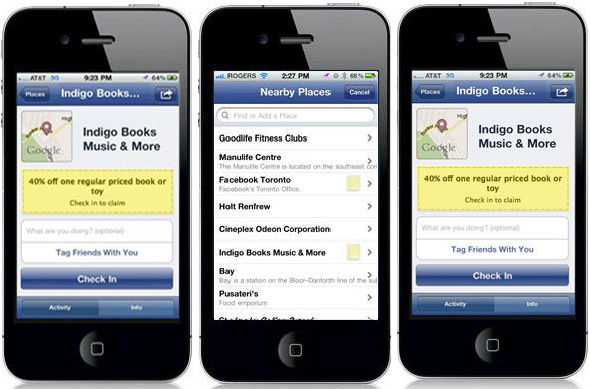 Marea Taylor, founder of the recently-launched energyXchange fitness centre, has been approached by several companies to run deals. She says they sell you on how much money you'll make, which is usually 50% of the cost of the deal. "Be aware that you're never making money on these sites," she says. She says the reps often try to woo business owners with the amount of new clients they'll get, without highlighting how much manpower it will take to fulfill the promise. "One site wanted to sell two hour massages for $19. The rep said: 'That's how you get people in the door.' He guaranteed to sell at least 400 of this deal." While Taylor would have profited over $3,500 from that deal (assuming 400 people purchased it), it would have cost her $48,000 in wages. "You could go out of business with some of these deal sites." She says other reps told her 20-30% of people don't even use their coupons. "They're sneaky about it; it should be illegal," she says. Obviously not every company is using those tactics, and many business owners are thrilled with the results (like Liberty Noodle owner Arshad Marali, who I spoke to back in April).

Taylor says that businesses just have to read the fine print, and be conscientious about the effect a deal will have on their business. Consumers also need to read the fine print - but sometimes businesses can arbitrarily apply rules to the deal that aren't in the fine print. When I tried to redeem my LivingSocial deal at Brassaii for lunch I was informed it wasn't applicable at lunch, even though it didn't say that anywhere in the fine print. I finally got permission from the manager, but it was still a hassle. And sometimes the rules aren't the issue, the backlog is - when I bought a deal for Buff Nail Lounge I had to wait two months for an appointment because they sold so many deals.

One of the most buzzed-about local deal sites is FabFind - you'll remember them from the $10 iPad scandal last year. Founder Bill Heilmann says the space wasn't crowded when they launched last year, but now everybody and their brother thinks they should run a daily deal site. "Misguided competitors think that if they just build a group-buying clone, people will come. It doesn't work like that. You have to be a keen marketer to be successful in this space. This is, after all, a marketing model," he says. He says his key differentiator is that his site offers limited quantities of a deal, instead of offering a free-for-all. "While other sites are simply trying to be group buying clones and flood businesses with predatory coupon cutters, we are doing something entirely different." He says his deals - Leafs tickets, opera performances, and sometimes even a $10 iPad - are so good that people get upset if they don't see the FabFind e-mail come through in the morning - I don't know if I would go that far, but I have bought several FabFind deals.

Every daily deal site, whatever their putative differentiators are, must be shaking in their boots with the launch of Facebook Deals. Integrating location-based deals into a common daily behaviour, checking Facebook, is a smart move, and something I can see myself using regularly. To see deals in your area, visit Facebook Places on their mobile site on a touchscreen phone, or on the iPhone/Android/Windows Phone 7 applications. Locations offering a deal will be marked with a green or yellow ticket, so you know what the deal is before you check in. Once you check in the deal becomes available - you show the coupon to the cashier, and Facebook broadcasts your check-in on your wall (hence the advantage for businesses). Facebook Deals launched with some pretty appealing deals, including 40% off any book at Chapters, and 30% any item at H+M (see the full list of deals here). They're working on giving small businesses the ability to create their own deals, and when that launches I'll be interested to see how it affects existing daily deal competitors.

The bottom line is as someone who jumped on the daily deal bandwagon early, the novelty has worn off for me. Unless I see someone Tweet or update on Facebook about a really great deal, I usually won't even check to see what deals are running on any given day. Yet the industry continues to grow, because for every jaded consumer there's another one discovering Groupon for the first time (I was discussing this very issue with my hairdresser last weekend when he asked "What's Groupon?"). The trends going forward will be personalization and location-based deals, and my guess is only a few sites will survive. But in this case, a little less competition might be a good thing.

Correction: An earlier version of this article stated that TeamBuy did not receive an offer for funding on Dragon's Den, which is not accurate.