Introducing the Tundra Twister, a 360-degree spinning swing ride with twisting gondola arms. This ride is the only of its kind in the world, offering thriller seekers a chance to enjoy an extremely rare contraption.

Wonderland says parkgoers will be sent on a twirling journey as they twist and turn 360-degrees and upside down at heights of 47 metres and speeds of 75 kilometres/per hour. 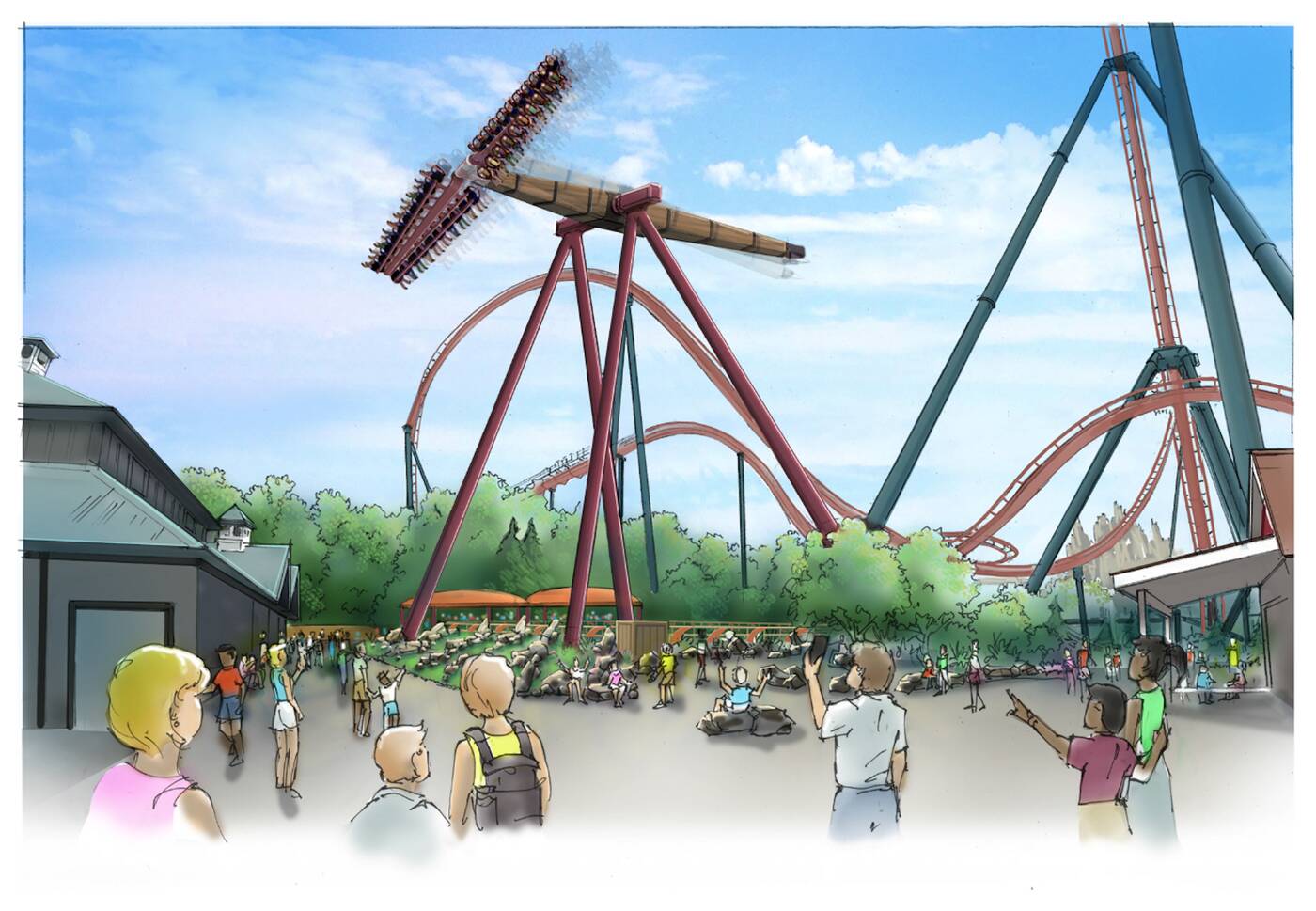 "This mechanical marvel is the only attraction of its kind in the world and promises a unique thrill experience unlike any other," reads a media release from Wonderland.

Tundra Twister will be nestled between the Action Zone and Frontier Canada sections of the park, beside the Yukon Striker, which was introduced in 2019 and replaced the SkyRider.

Construction on the ride is set to start in fall 2022 and finish in the spring, which means the ride will be up-and-ready for the summer season in 2023.

Alongside the Tundra Twister, a new kids ride, Snoopy's Racing Railway will also be constructed in time for the summer.

Canada's Wonderland has over 200 attractions and 17 (soon to be 18) rollercoasters.

Get ready to get queasy!