One of the trendiest health clubs in downtown Toronto is expanding to open a second location that, when complete, will be the biggest facility of its kind in our fair city.

Sweat and Tonic, which already boasts a three-storey "wellness space" with multiple workout studios, a spa and a high-performance nutrition cafe at 225 Yonge Street, announced this week that it will soon be opening a second location in King West.

Oft-described as one of the most ambitious mixed-use developments in Canadian history, The Well is currently under construction along a 7.8-acre-long stretch of Spadina between Wellington and Front.

The project, when complete, will bring a staggering 3.1 million square feet of new office, residential, retail and amenity space to the downtown core, replacing what used to an unremarkable strip of drab, grey buildings occupied by Spin Master and The Globe & Mail, both of which have since moved on up to much nicer digs. 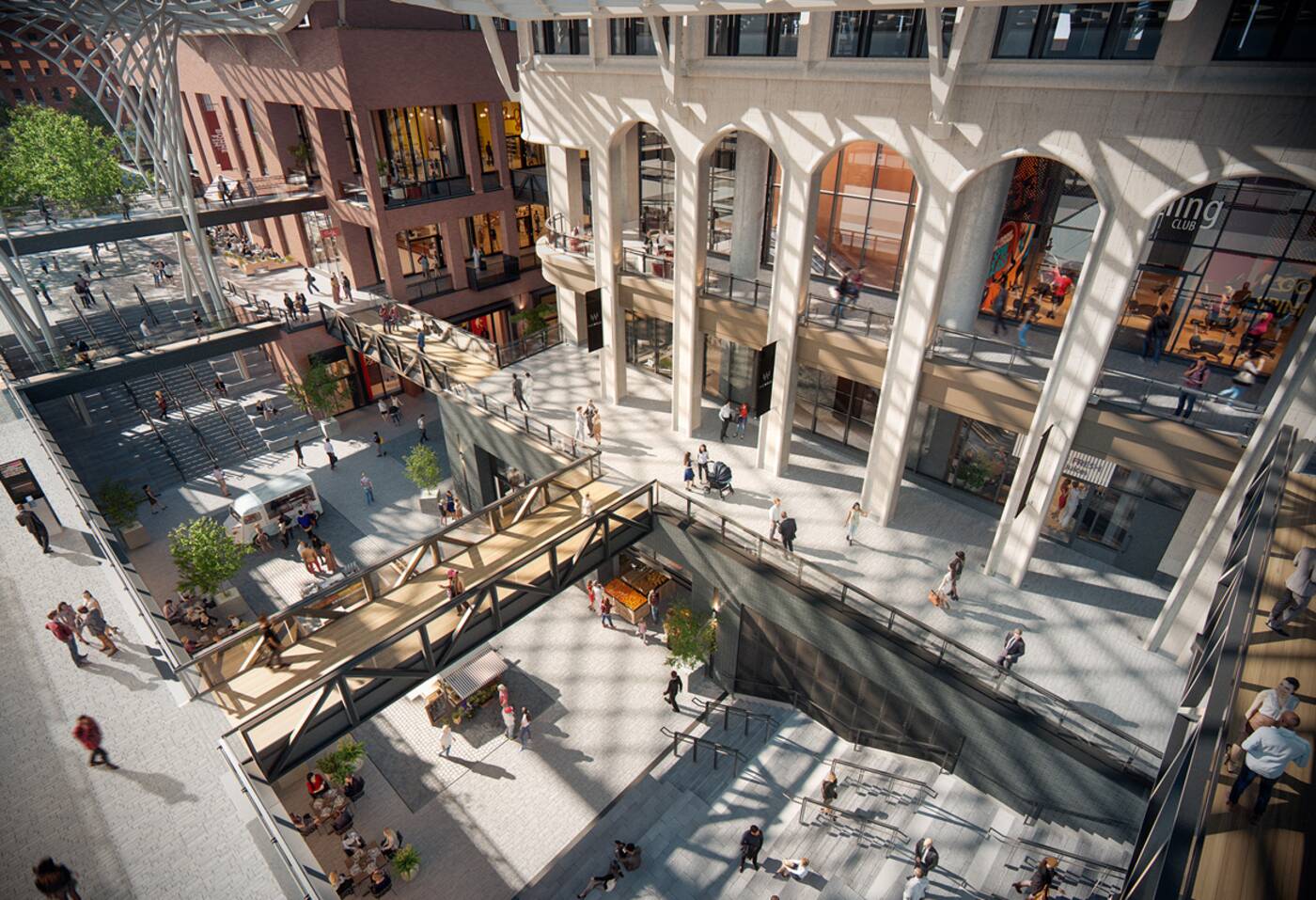 The new Sweat and Tonic location will be located within The Well, which is one of downtown Toronto's most-innovative and highly-anticipated new mixed-use developments. Image via Tridel.

We've long known that, in addition to some 1,700 residential suites across six buildings, The Well would contain a sprawling European-style market hall.

The announcement of Sweat and Tonic's new location within the complex marks another major reveal in terms of public amenity space, and it's a pretty big one: Over 25,000 square feet, to be exact — roughly 50 per cent larger than the company's flagship gym.

According to the luxury fitness brand, guests at Sweat and Tonic's new location will have access to all of the same classes and services available at the original location, plus an expanded spa, more beauty and wellness offerings, a 50-foot lap pool, and personal training areas.

"Sweat and Tonic was created to bridge the gap between home and office for young professionals who prioritize health and fitness and expect first class service," said Sweat and Tonic founder David Ingram in a release announcing the news Wednesday.

"By building the most popular immersive studios, scheduling the highest number of weekly classes across Canada, and providing luxurious work/play spaces, we have created a third home for social engagement, inclusion, and community."

Ingram says he has partnered with DesignAgency and Paradigm Architecture + Design to create what he calls "a world-class experience that will be truly unique."

The new fitness centre will occupy an entire floor of one building within The Well, according to the company, and will include "three state-of-the-art, soundproof studios to host world-class Yoga, High Intensity Interval Training (HIIT), Ride, and Pilates group fitness classes."

Members can also expect a retail and cafe space within the club's lobby, offering "superfood smoothies, bites, and snacks" to enjoy while taking in "a spectacular view looking south at the CN Tower and the lake."

"Luxury change rooms for men and women will include local, curated skincare and personal care products, and a dedicated wing of the space will be reserved for beauty and spa services," reads the announcement, citing such treatments as massage therapy, acupuncture, compression therapy, facials, a nail bar and molecular wellness.

There also appears to be a social club component to the facility in the form of "Tonic House," a full-on bar and lounge with patio space "for guests to collaborate, elevate, and belong."

As for how much this will cost prospective wellness-seekers, it won't be cheap: An all-inclusive membership to the current club (which is closed due to the pandemic but still runs virtual and outdoor classes as permitted) will set you back about $250 per month.

The estimated opening date for Sweat and Tonic at The Well is currently November of 2022, so service offerings and prices could definitely change by then. As of right now, you can buy a single "credit" for any in-studio class at the Yonge Street location when gyms reopens for $27.