What the old Globe and Mail building looks like right now

The first stage of a massive transformation at the site of the former Globe and Mail building in Toronto gives a hint of what's in store for the neighbourhood in the coming years. 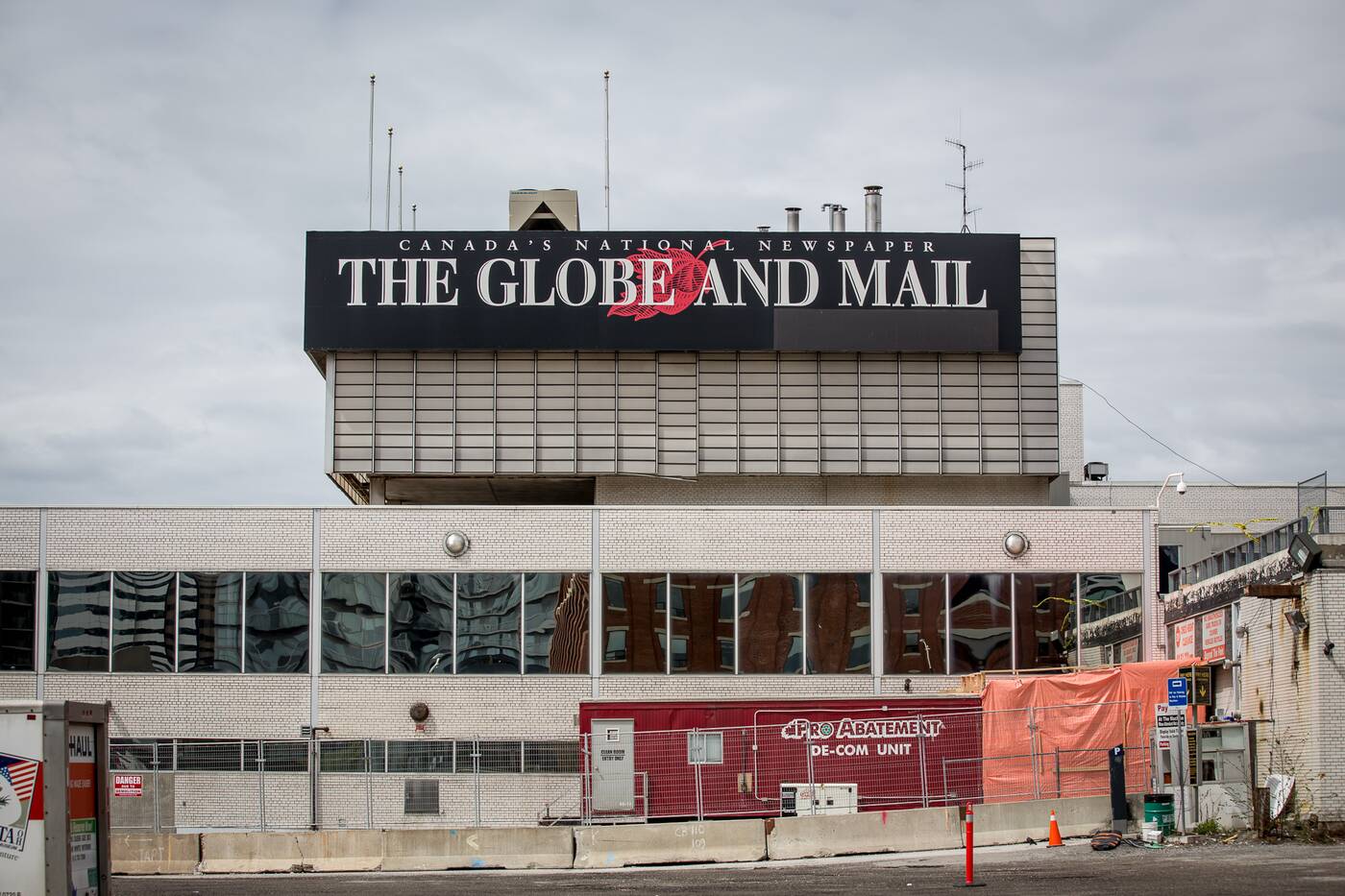 While the newspaper has relocated to a spiffy new building on King Street East, its old home at 444 Front St. W., now lies in ruins, as a tangled mess of concrete, rebar and bricks. 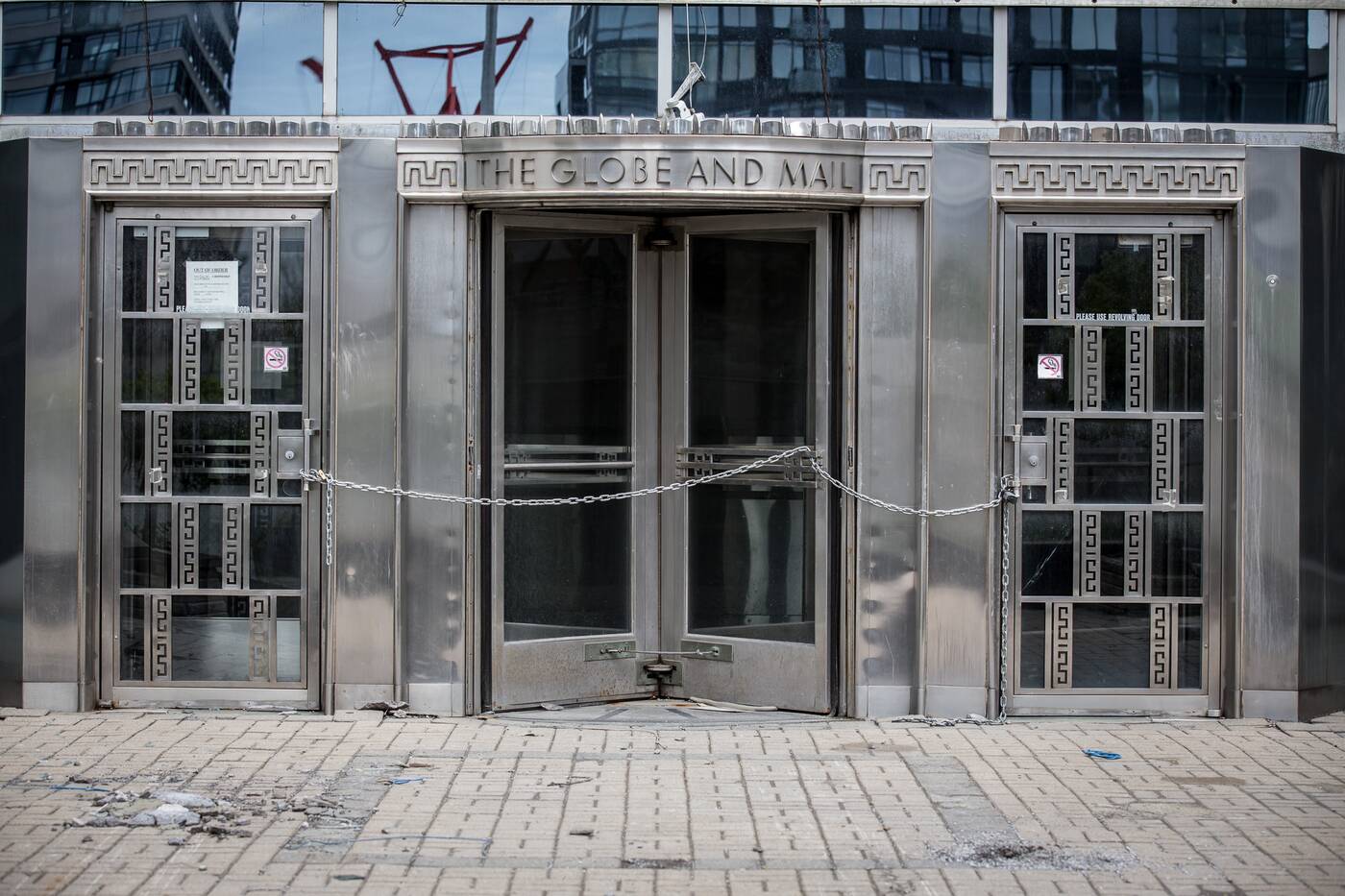 The demolition has been underway for a few months, though the shell of the main entrance is still intact for now. The doors, which came from the paper's old home at King and York streets, were always the prettiest part of a building that didn't hide its utilitarian nature. 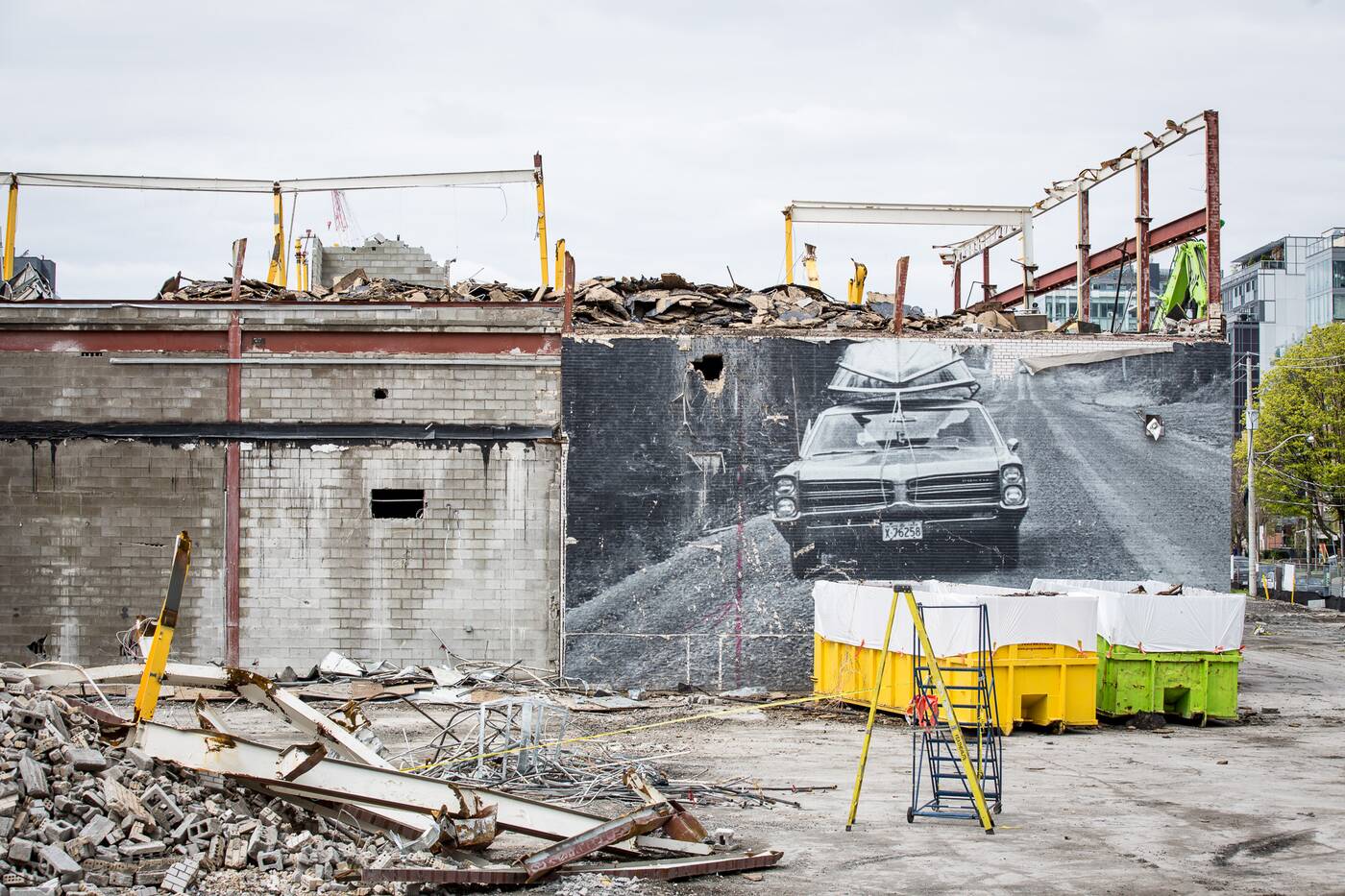 The factory-like structure got its start in 1963 as a new home for the Toronto Telegram, which had previously been based at Bay and Melinda streets. When the Telegram folded, the Globe eventually acquired the building in 1974. 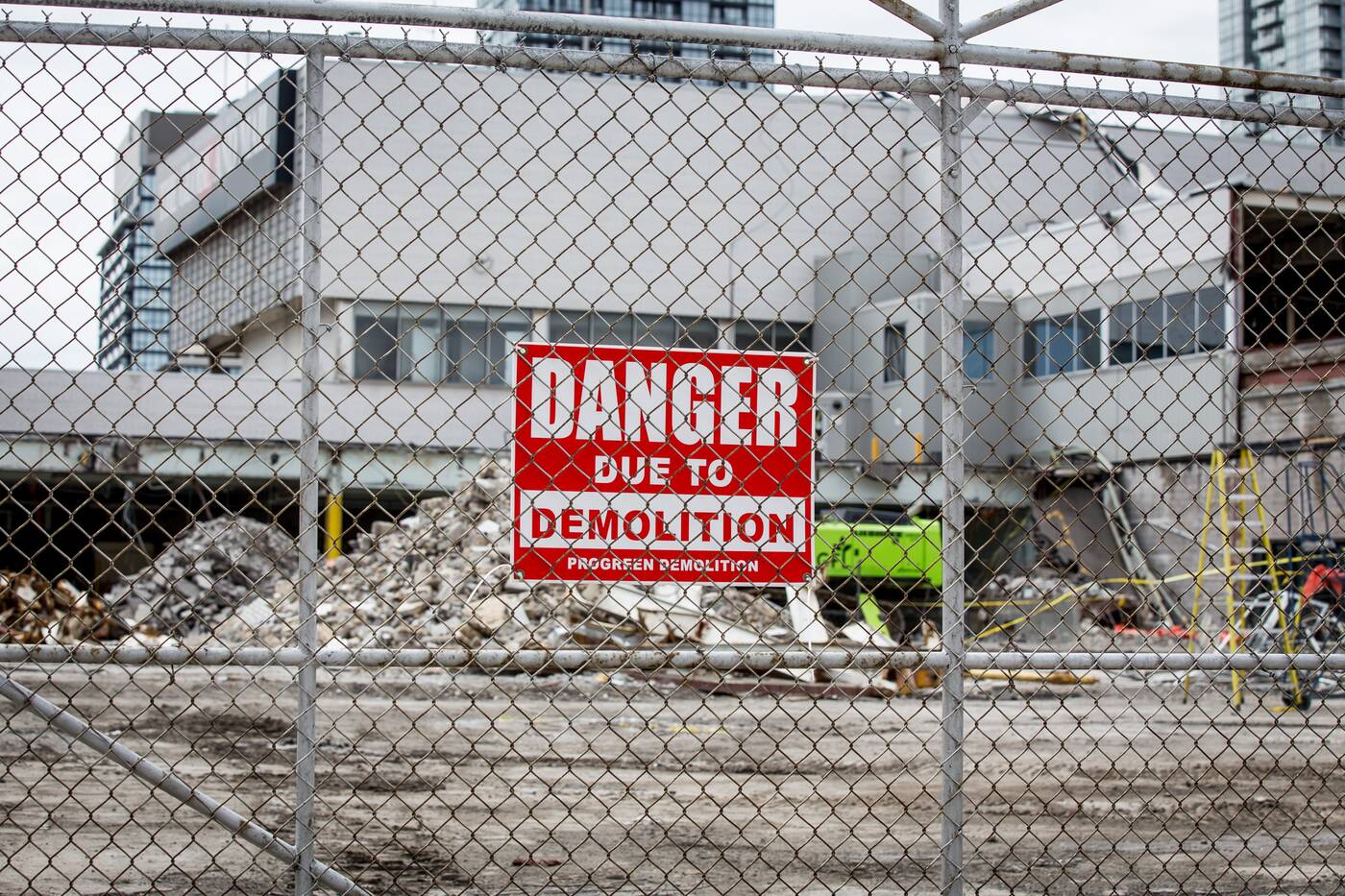 Its printing presses were state of the art at the time, and while no one would have characterized the Globe's new home as architecturally superior to the its previous headquarters, there was a sense of importance conferred by the technology and newness of the building. 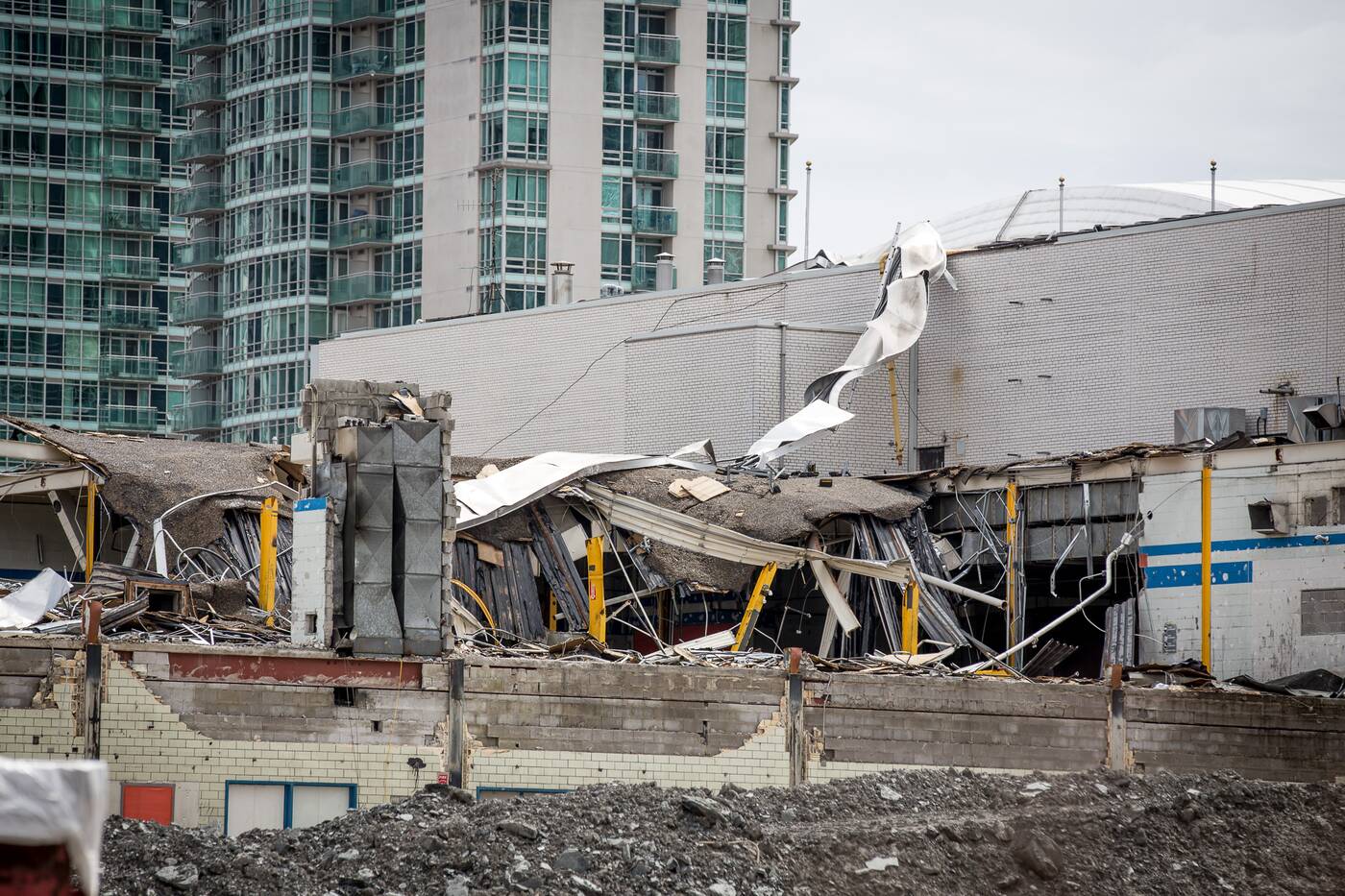 This sentiment would be relatively short-lived. Some 20 years later, the printing presses were moved off site, and the building was on the verge of becoming an eyesore, a characterization that would become commonplace following the condo boom a decade later. 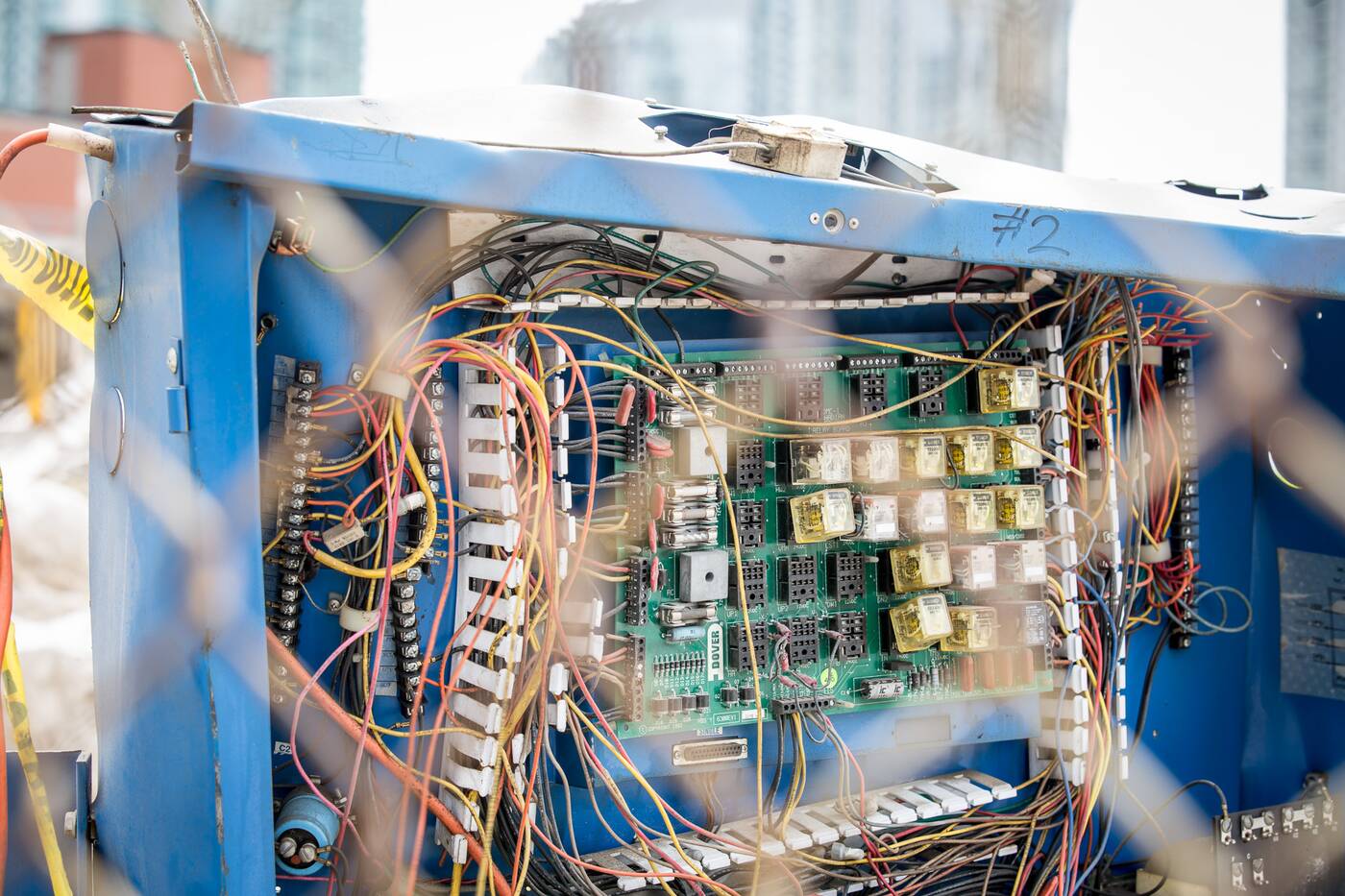 Now, as the Globe takes up residence in its new home, one which speaks to the rise of digital publishing (you won't spot any signs of old printing presses here), Front Street West awaits an enormous makeover. 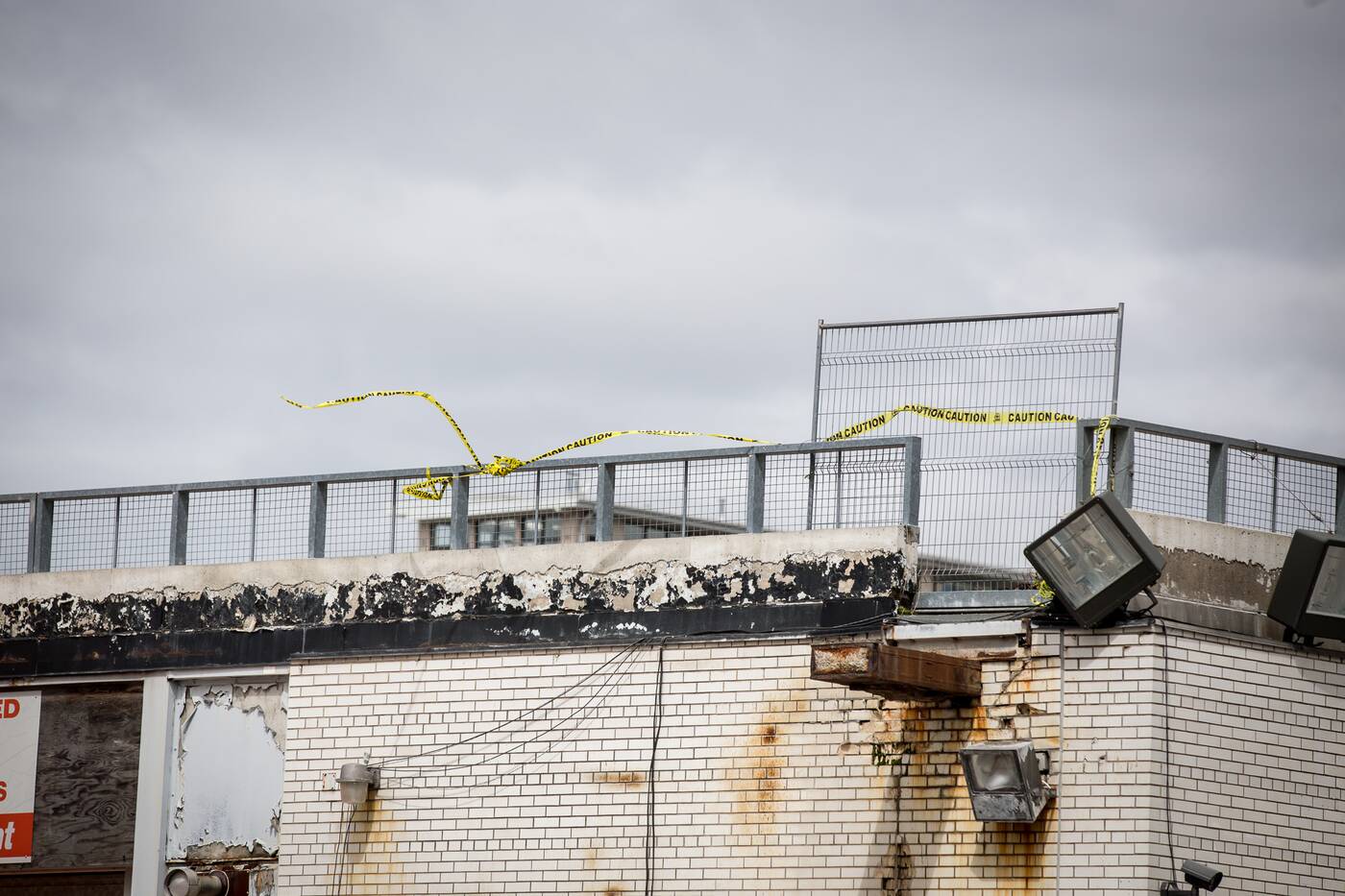 Once the old building has been razed, work will eventually commence on what's being called The Well, a sprawling mixed-use development from a team of three developers that'll marry retail, office space and residential towers. 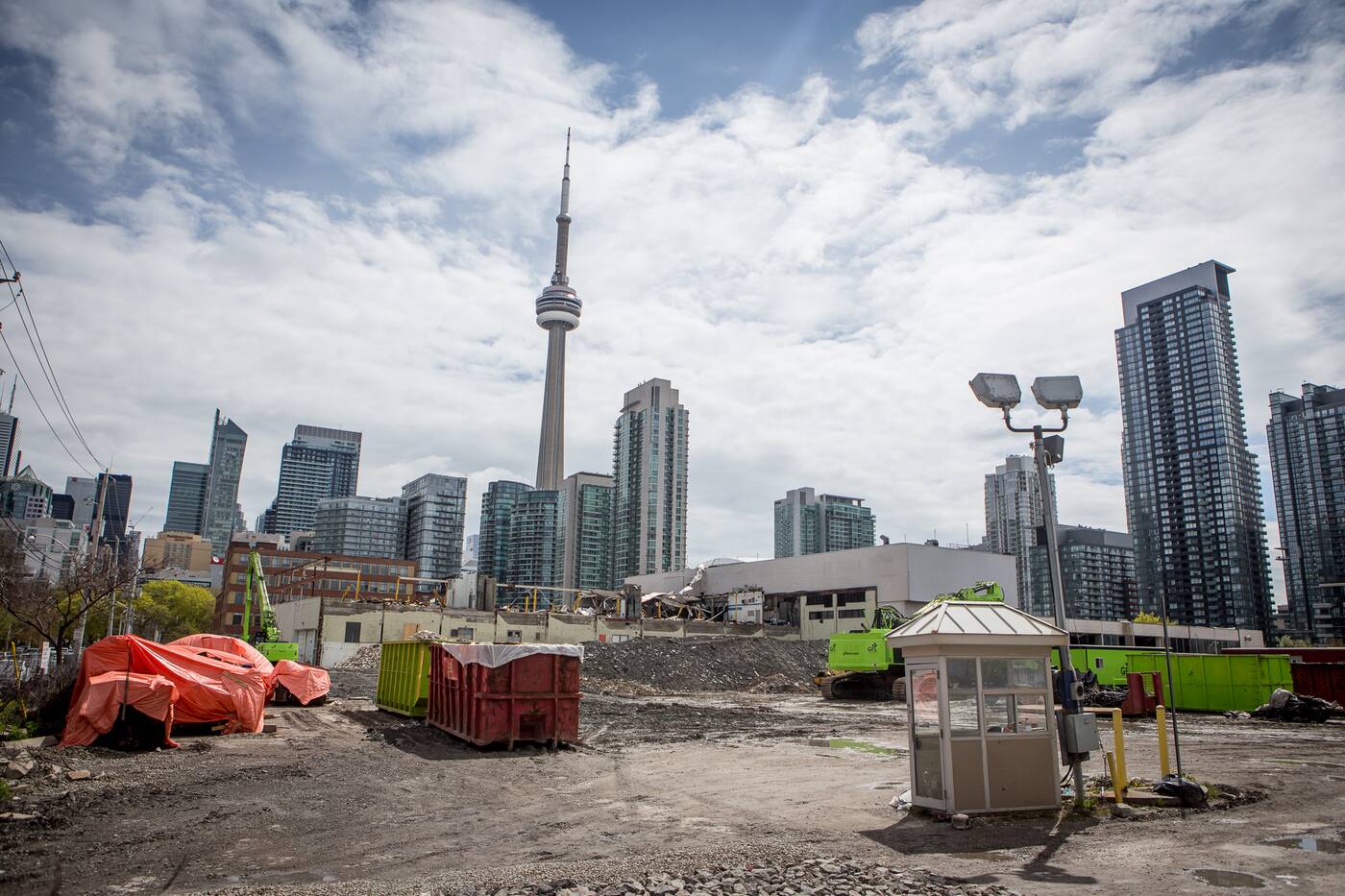 Even as CityPlace has risen across the railway corridor from the Globe and Mail over the last decade, the section of Front Street between Bathurst and Spadina has long maintained an austere character, which is sure to change with the addition of this new mini-neighbourhood.

Correction: An earlier version of this post featured some photos depicting the Globe and Mail's neighbour at 450 Front Street West, which is also being demolished. These have been removed to give a better view of the building in question.