Something big is brewing at Front and Spadina, and if it becomes reality it will drastically alter a 7.7-acre part of Toronto's west downtown core. Today, three major property developers launch The Well, a new mixed-use neighbourhood for the parcel of land currently dominated by the The Globe and Mail office complex, squat grey buildings and surface parking. 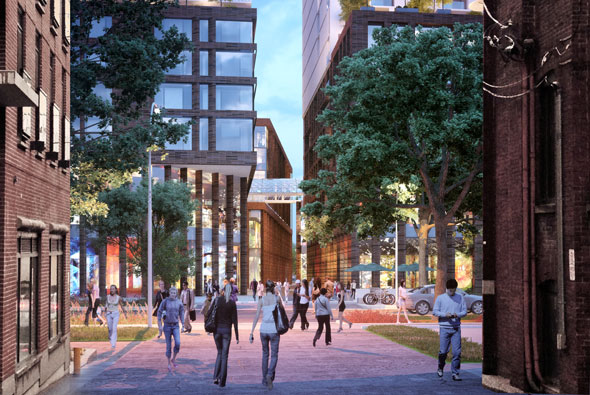 A distinctive, sail-shaped office tower with street level retail is imagined soaring over the corner of Spadina and Front but you will have to take my word for it. No digital rendering of it was made available in time for publication.

"We're trying to do something a little bit different," says Stephen Diamond, President and CEO of Diamond Corp., one of the three developers on the project. "It's really been under-utilized and it's really not a very sightly building that's located there."

The trio of developers - RioCan, Allied Properties, and Diamond Corp. - are touting The Well as Toronto's first "meaningful mix of residential, retail, and office space," and there's certainly plenty of all three on paper. More than half of the interior space will be non-residential. 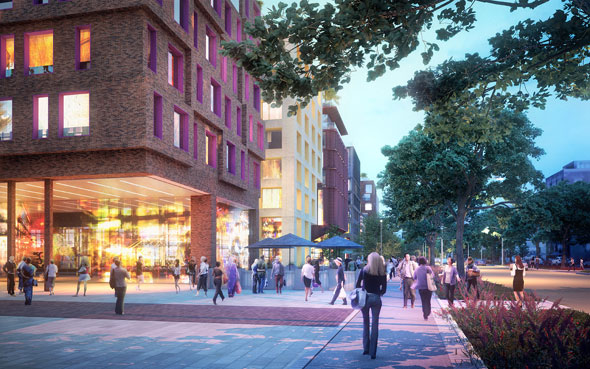 Viewed from the air (sorry, no map yet either,) a central pedestrian laneway arcs through the development with passageways radiating off between the towers. At street level, digital mock-ups show retail units ranging in size from small nooks to large flagship properties. In each of the mixed-use towers above the stores there are a few floors of office space, then condos and rental apartments. There's even a row of townhouses.

"What we wanted to try to do was to create a pedestrian-friendly, main street type of feel," Diamond says. "There may be some weather protection but it wouldn't be air-conditioned or heated. People would have the feeling of walking along the street. No cars would be permitted anywhere throughout the development, except underneath."

"We've kept the buildings lower along Wellington Each building has a different fabric to it," he says. "It will appear as different buildings ... there will be coffee shops and boutique retail stores."

There are very few specifics at this stage, including the overall cost, Diamond says, but the three developers expect to drop in the region of a billion dollars to realize their vision. 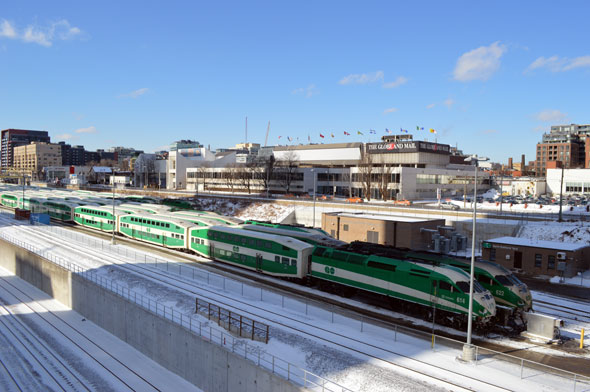 Before The Globe and Mail announced it was moving to a purpose-built facility at King and Berkeley, the newspaper had revealed plans to build its own office complex on the site. Woodbridge Co. Ltd., the paper's parent company, balked at the idea in December 2012 and the lot was sold to the current owners.

Before that, the site was once home to the gorgeous offices of the Northern Railway of Canada, which were designed by William George Storm, the architect behind St. Andrew's Church, University College, and parts of Osgoode Hall. The historic empire-style cottages of Draper Street, built between 1881 and 1882, lie just to the west of the development site. 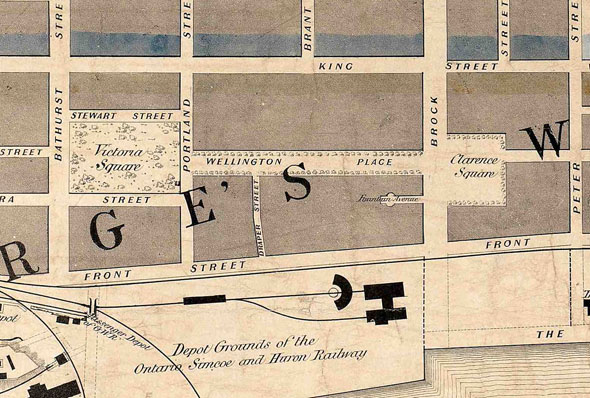 In maps of the area dating from the middle of the 19th century this distant west end of Wellington Street is marked "Wellington Place," a broad, tree-lined street that tied together Clarence Square and Victoria Square. Claude Cormier, The Well's landscape architect, imagines restoring that lost green link between the parks with new greenery and an improved sidewalk.

The development will also see an entirely new linear park built on a shelf over part of GO Transit's North Bathurst Yard.

"We looked back in time to see what was originally planned for for Front Street," says Lucy Cameron, Vice President of Diamond Corp. "There was a public promenade that was proposed right along the bay and a terrace. There was also a plan to do a park link between Victoria Square and Clarence Square."

"We're so excited about having ideas that bring back some of those initiatives and have a greening of Front St. with a walking promenade and this park link, which is a really extensive landscape strip to link the two parks ... it's not something that you see in Toronto."

What are your first impressions of The Well? Will the mix of retail, office, and residential space be a boon for the neighbourhood? What don't you like? Sound off. 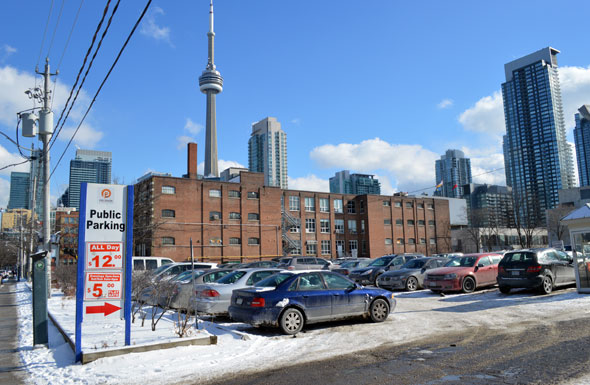 Looking southeast across the site from Wellington Street. 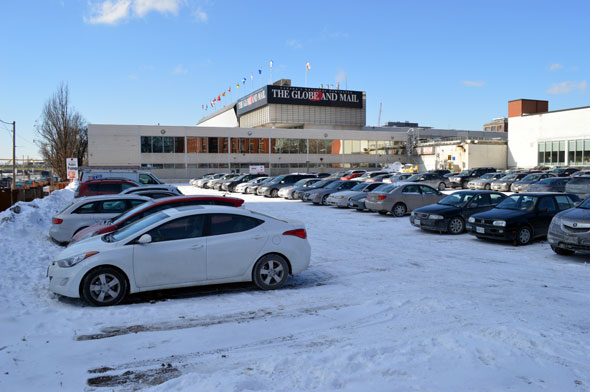 The Globe and Mail offices, which will be demolished. 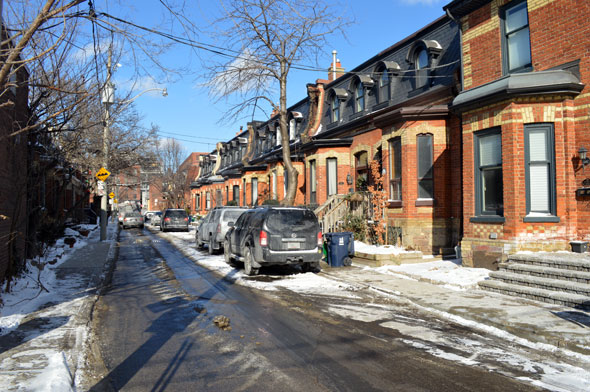 Draper Street, which abuts the west end of the site. 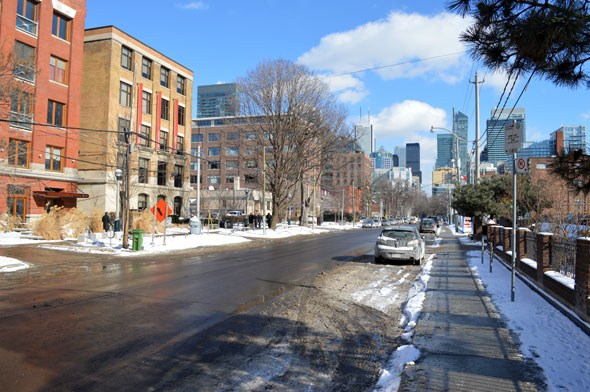