An underused park in Toronto is getting a new lease of life after the neighbourhood worked together to build an outdoor ice rink.

The rink in SADRA Park on Old Weston Road, north of St. Clair Avenue West, was built for the first time this year.

Hillary Thomson told blogTO she noticed a concrete pad in the park when she moved to the neighbourhood about a year and a half ago, and thought it would make a good ice rink.

She got some community members together and applied to the city to get a rink in the park.

The City of Toronto offers a natural ice rink building program, and there are currently about 30 to 40 rinks approved and built in parks. 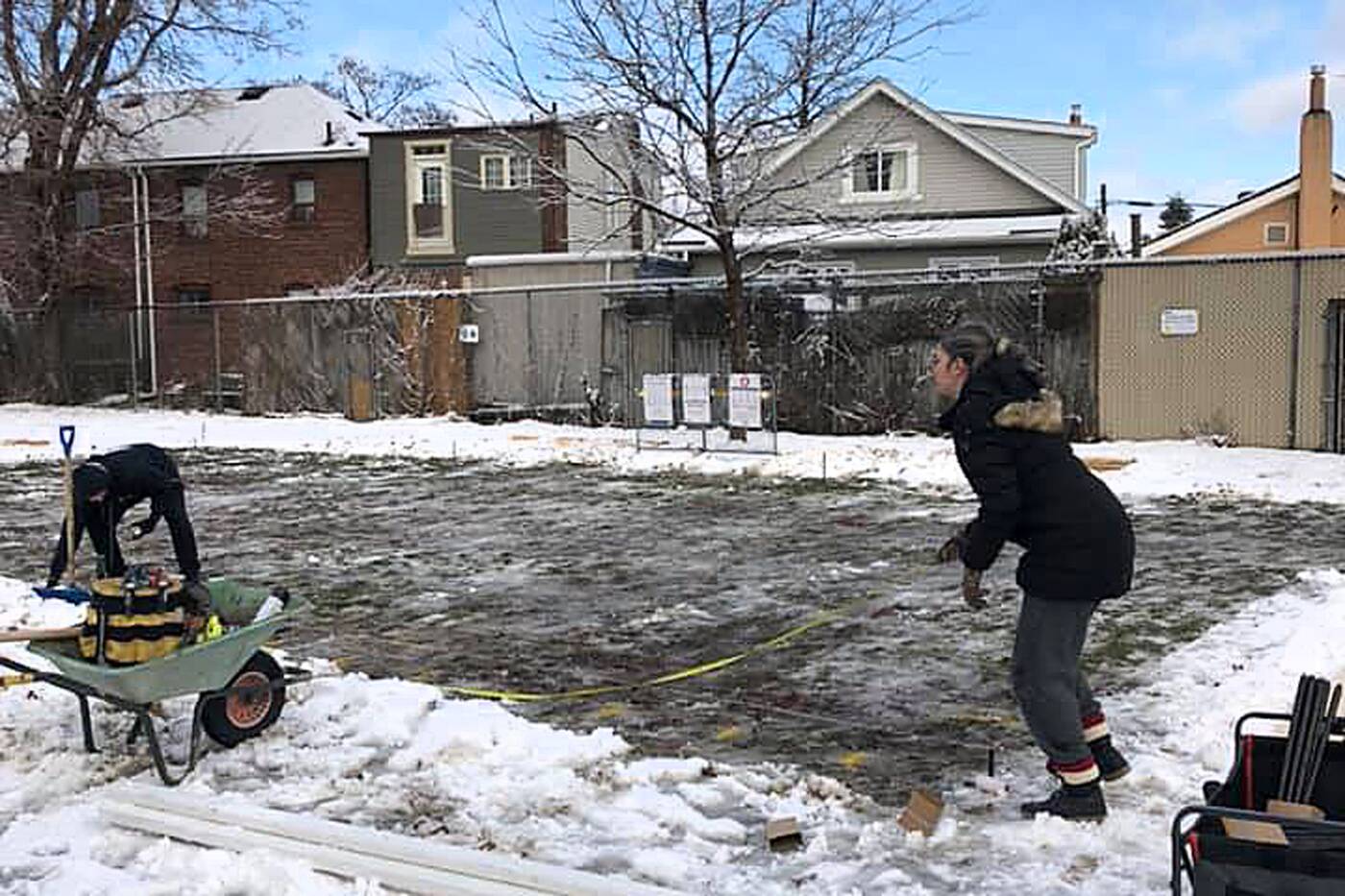 People in the neighbourhood worked together to build an ice rink in SADRA Park.

But the SADRA application was rejected because the concrete pad wasn't suitable.

Thomson didn't want to give up and started asking people in community Facebook groups.

"The community loves this park so much but it seems to be a little neglected," Thomson said. "It is an underutilized park."

The neighbourhood is full of children, many under four years old, she said.

Eventually, they found another spot in the park. The city approved it, but they had to put down their own boards and make the rink from scratch. 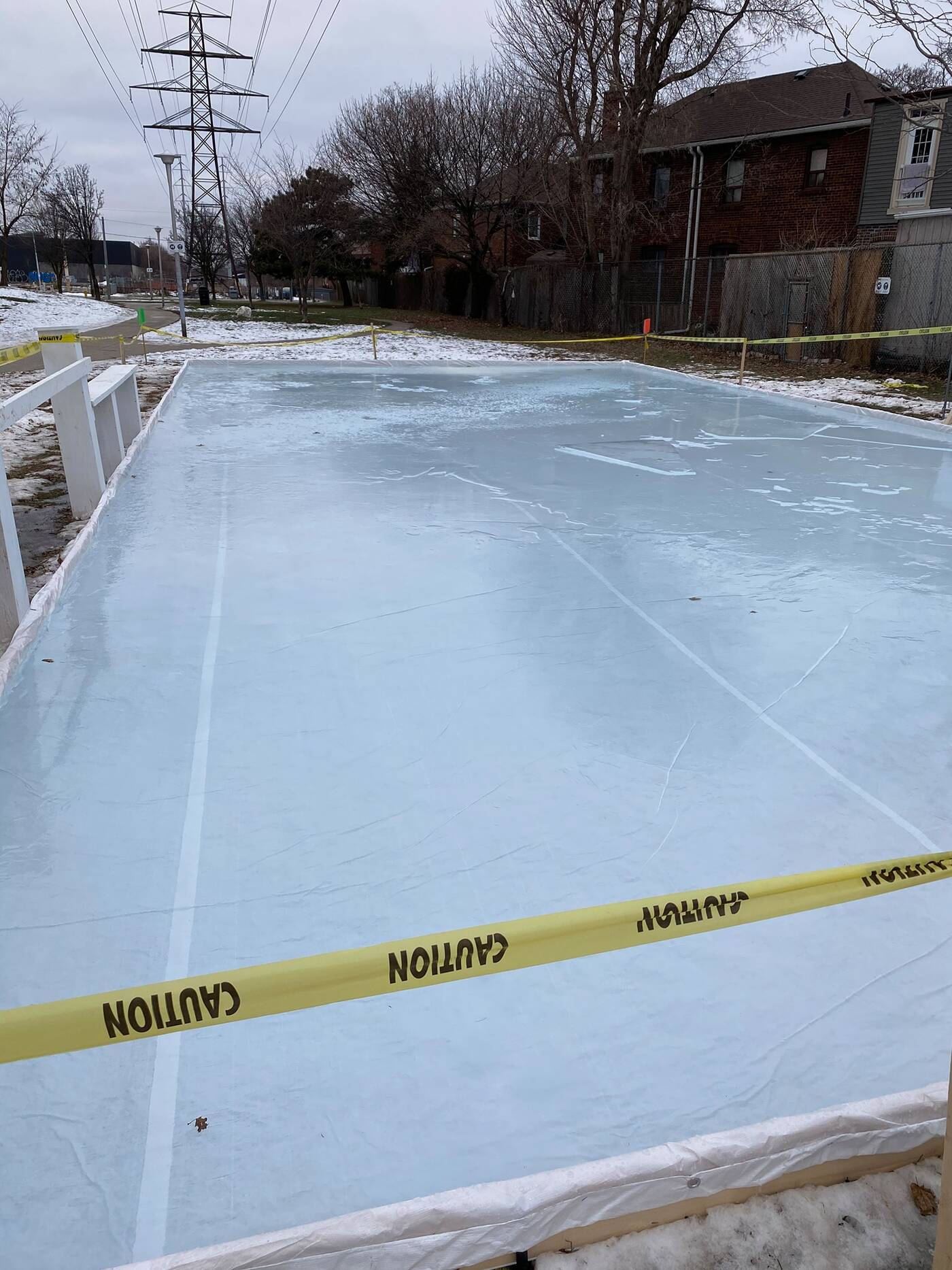 Now the rink is starting to take shape but they need some colder weather before they can skate on it.

She put out a call in mid-December for people to help, but wasn't sure if anyone would come.

"Maybe 20 people showed up out of nowhere," Thomson said.

Even though no one in the group had experience making an ice rink, they were enthusiastic, she said.

"We are just making it up as we go along," she said.

The city provided a hose and a page of basic instructions. People chipped in with supplies, and one person came up with a design for the boards.

Now there are about 25 volunteers who help flood and take care of the rink, which is about 30 by 60 feet. Unfortunately, the weather hasn't been cold enough to properly freeze the rink so they haven't been able to skate on it yet.

Once they do get it up and running, Thomson said they will be careful to social distance and follow public health guidelines.

She hopes the community will continue to work together and do more neighbourhood projects.