Colonel Samuel Smith Park, which is situated on the wooded shore of Lake Ontario and spans nearly 200 acres, is one of Toronto's largest waterfront parks. 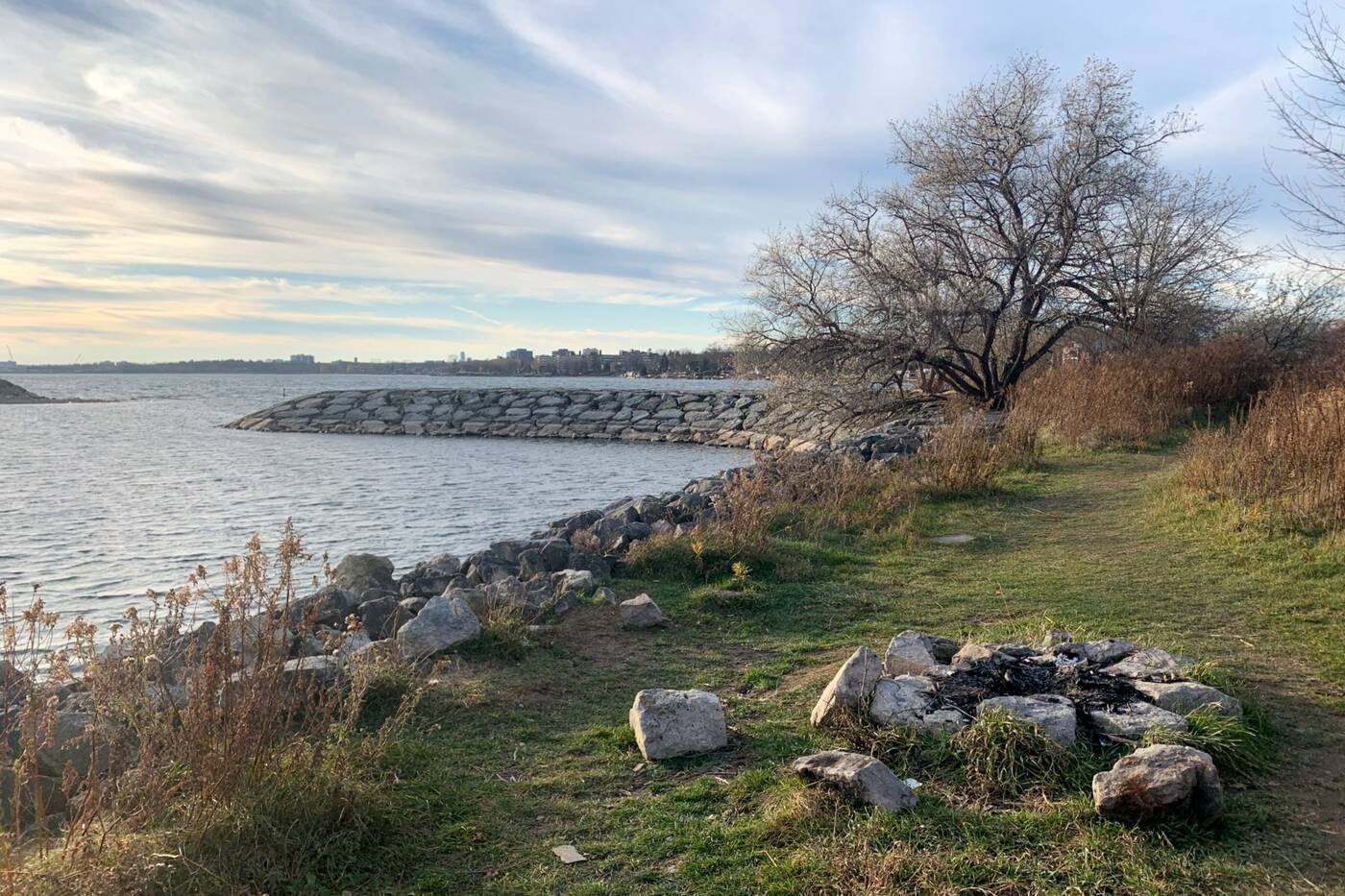 The trails along the lake give a breathtaking panoramic view from the CN Tower to the city of Hamilton.

The secluded natural sanctuary is home to a variety of plants, trees, birds, and other wildlife, as well as an extensive network of paths and the city's first ice skating trail. 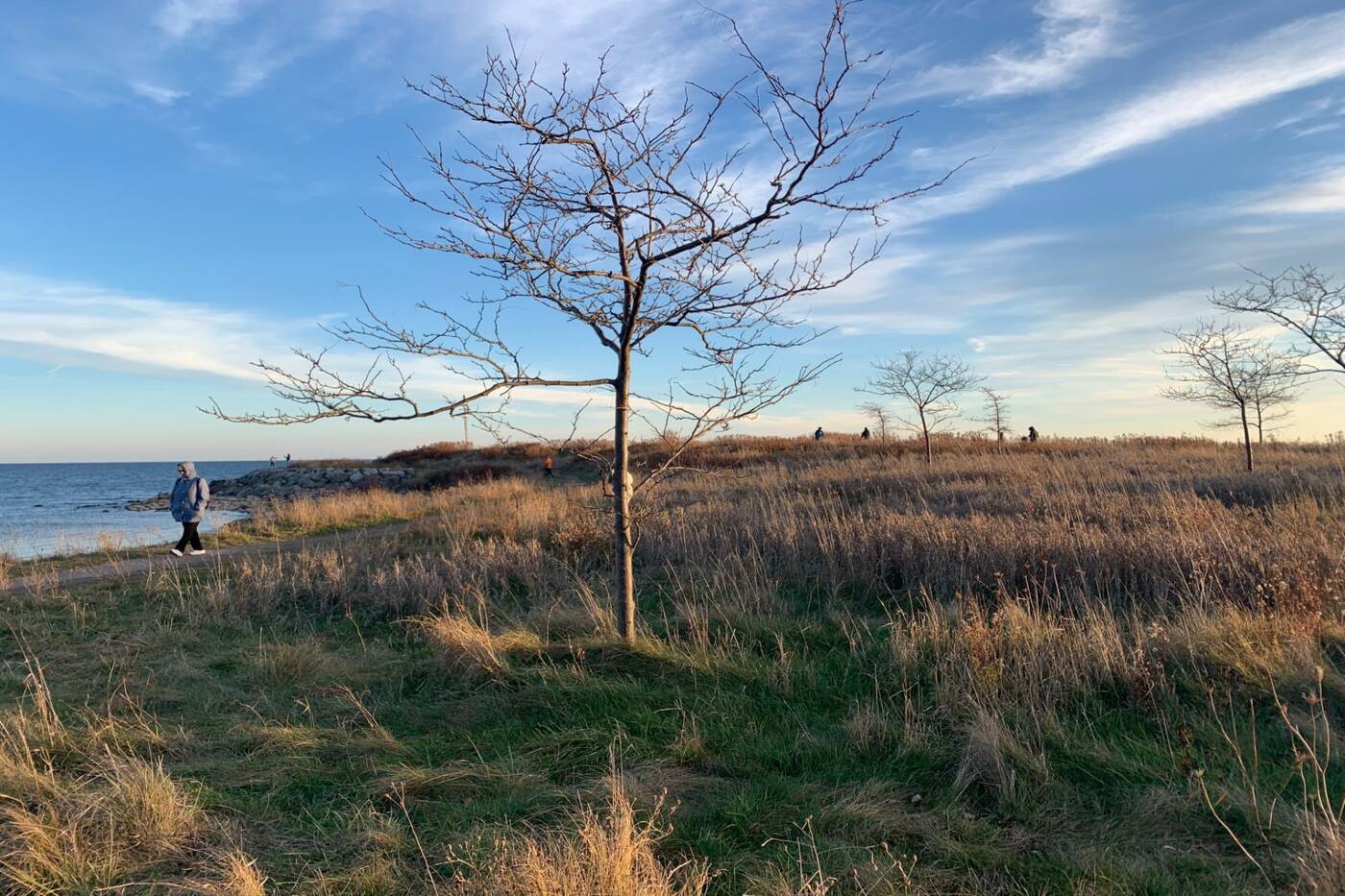 The park is covered in lush vegetation including wooded areas, long grass fields, wetlands and meadows.

Although there are now a handful of ice skating trails throughout the city, the park's outdoor looped rink was the first when it opened 10 years ago. 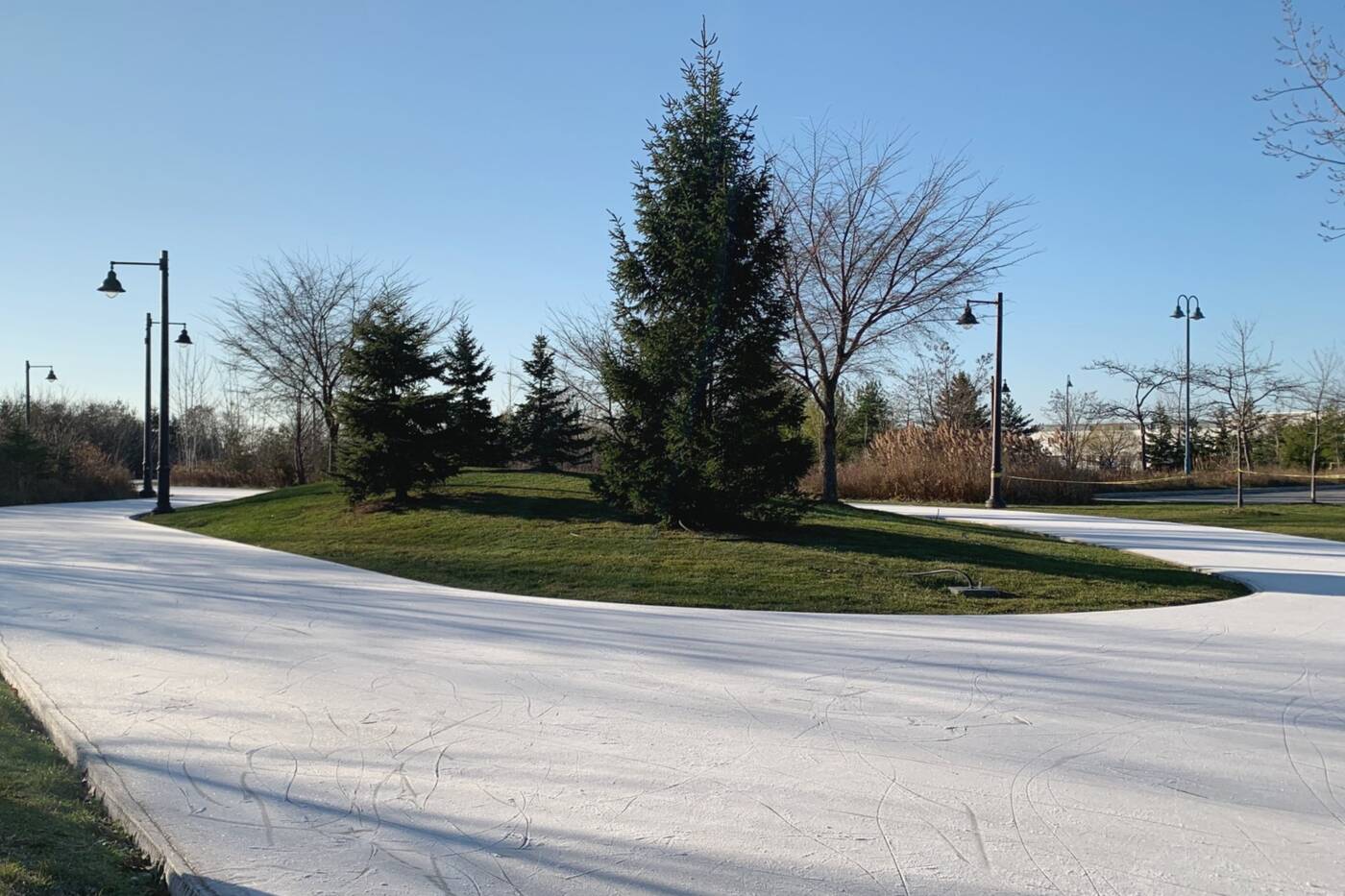 The skating trail opened for the winter season Nov. 28 and will remain open from dusk to dawn every day.

The 250-metre, figure-eight-shaped rink which loops through mature trees and shrubbery is one of the few spots in the city where you can skate surrounded by a natural environment.

The red-brick 100-foot-high chimney stack of the historic power plant-turned community centre beside the skating trail also makes for a beautiful backdrop. 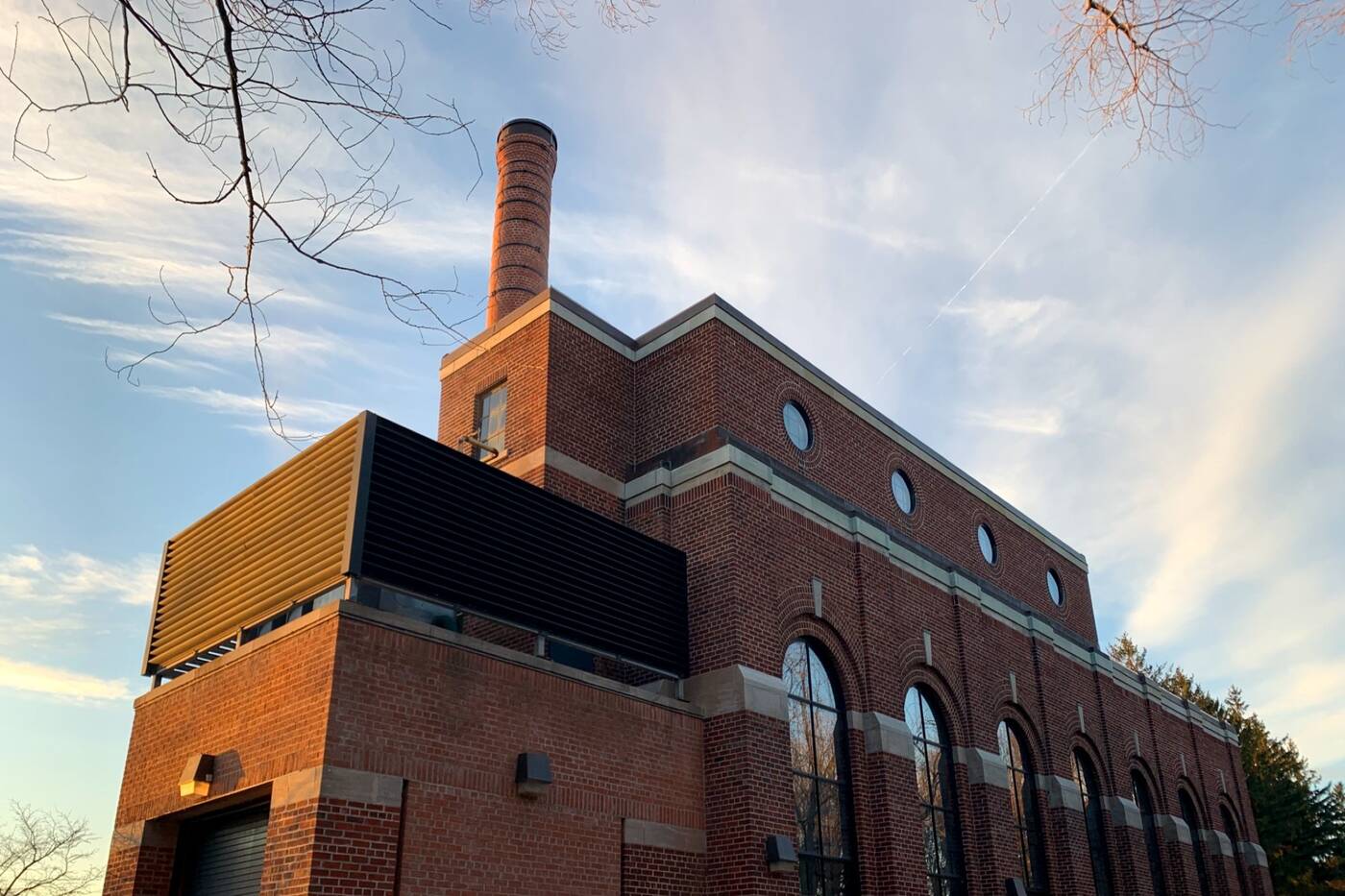 The Power House Recreation Centre, along with its usual winter programs, are currently closed due to the pandemic.

It was originally built in the 1930s to service the former Lakeshore Psychiatric Hospital that occupied the grounds up until it closed its doors in the 1970s. 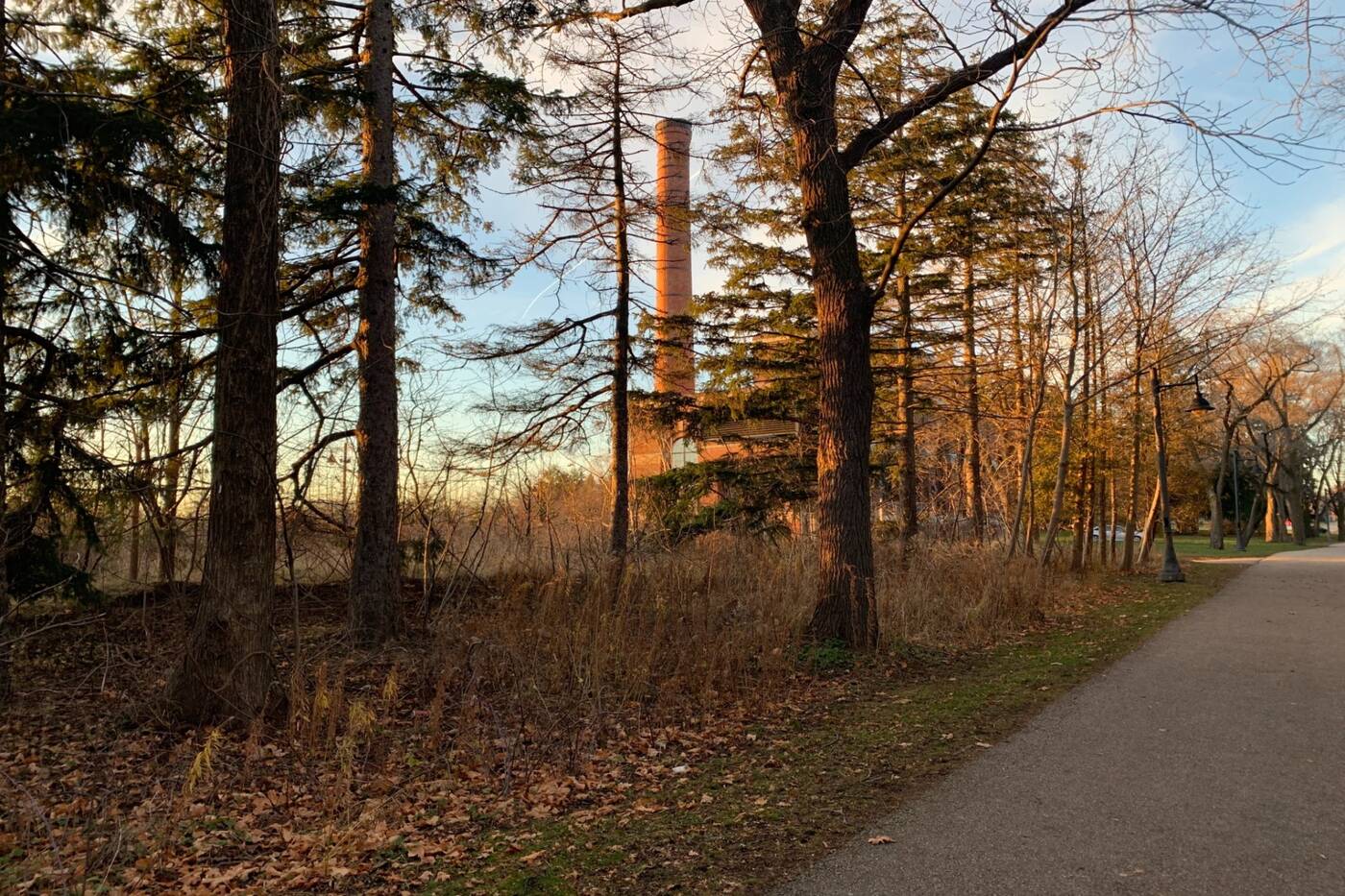 The chimney stack of the recreation centre can still be spotted through the trees a fair distance away.

Besides the skating trail, the park boasts a constant variety of wildlife in its bio-diverse natural habitat. You might have the chance to see beavers, minks, foxes or ducks during your visit. 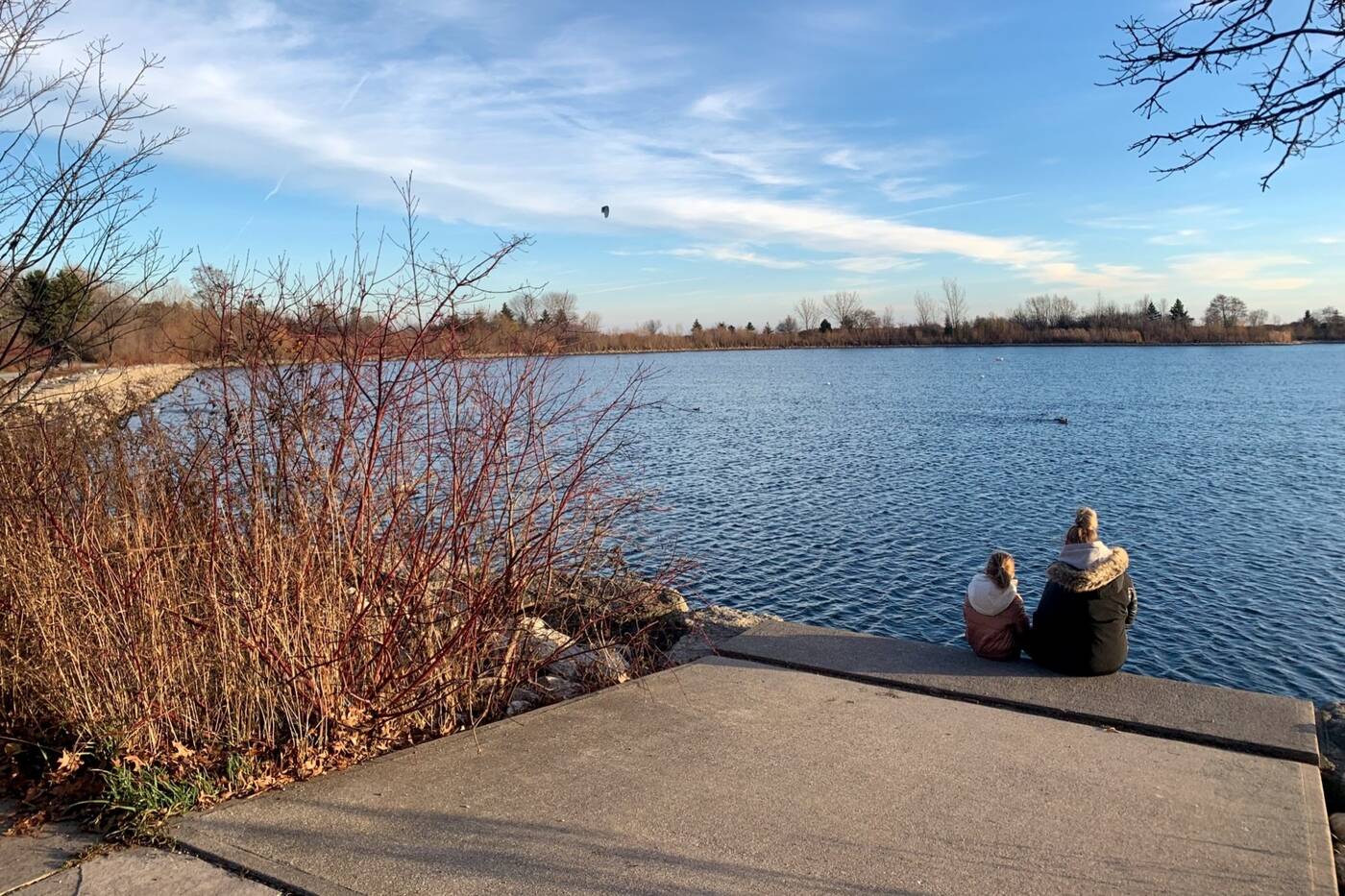 Quacking ducks and other types of wildlife can usually always be seen along the water's edge.

It’s also one of the top spots for birdwatching in the city, with over 200 different types of bird species in the area. 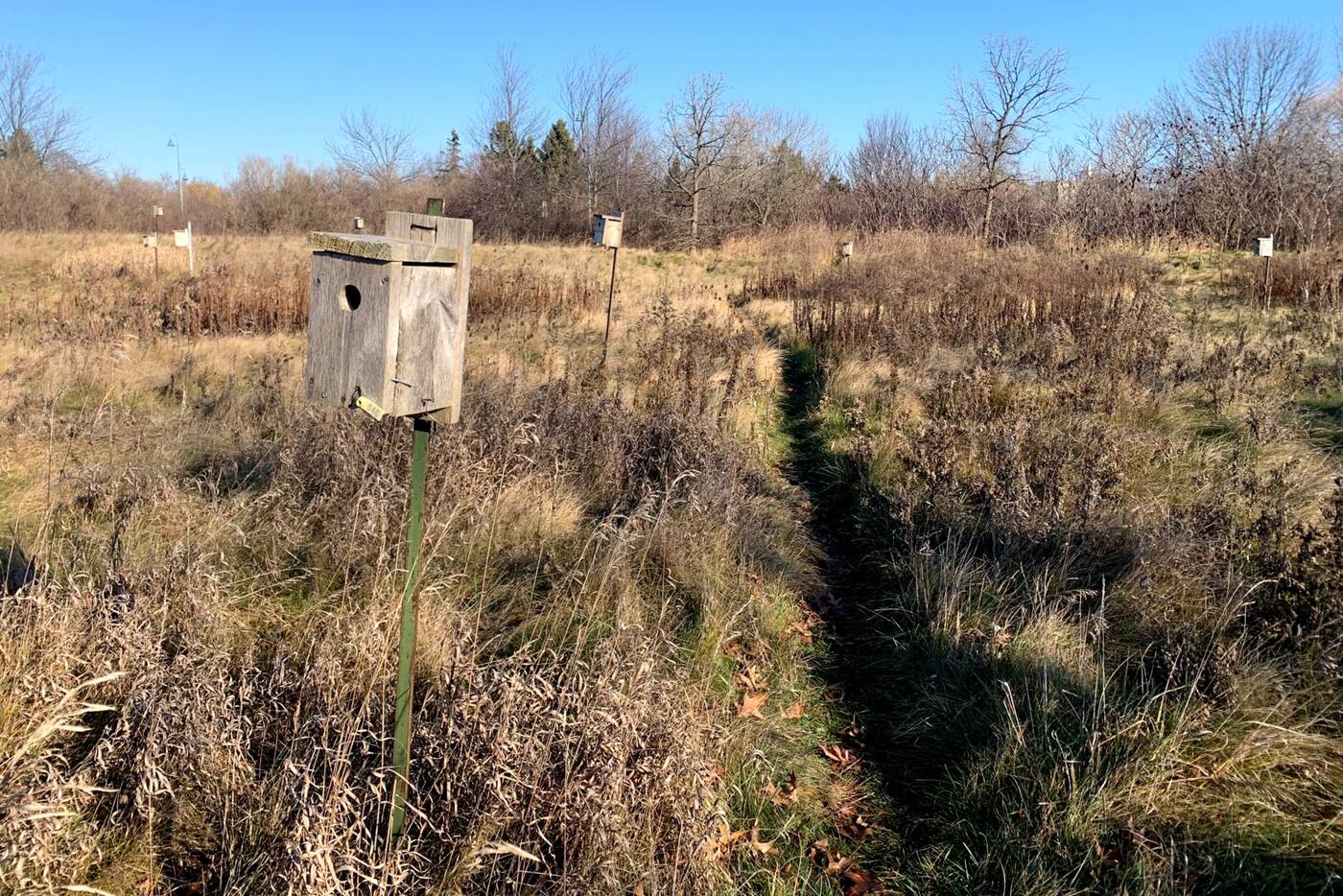 A number of birdhouses sit in the fields of the park for the many feathered friends that frequent the area.

A variety of scenic paths will bring you through the park. Some lead to rocky beaches while others meander through a lush wetland habitat before reaching a lookout platform. 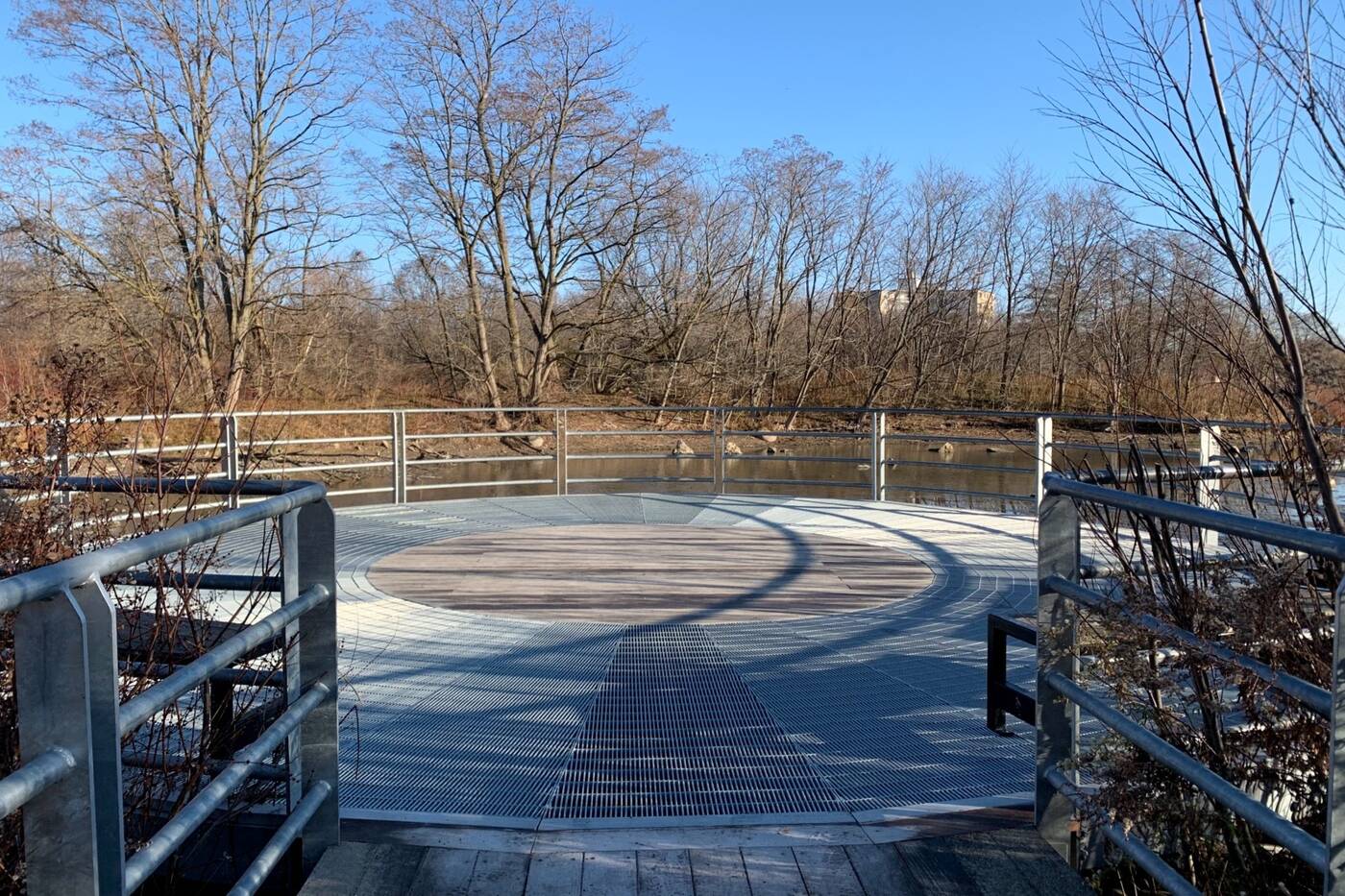 The observation deck can be accessed by following the dirt path closest to the parking lot.

Besides the views of the marsh, enjoy panoramic lakefront scenery and sightings of the skyline of downtown Toronto in the distance. 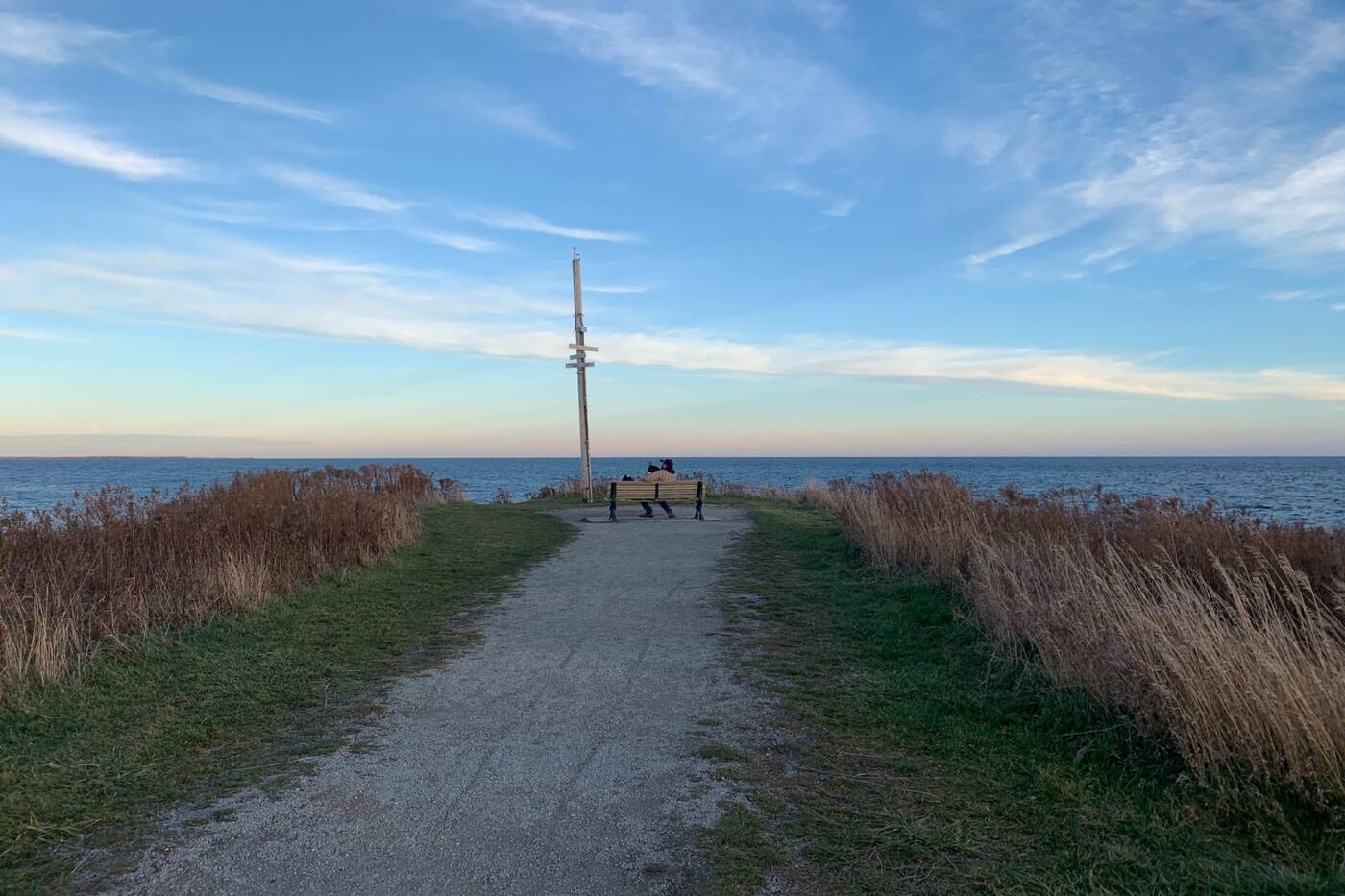 There are a few benches throughout the natural sanctuary providing the perfect spot to take in the view.

The park is also a part of Toronto’s cycling network and the Great Lakes Waterfront Trail, a trail system that continues over 3,500-kilometres and crosses over Lake Ontario, Lake Huron and Lake Erie. 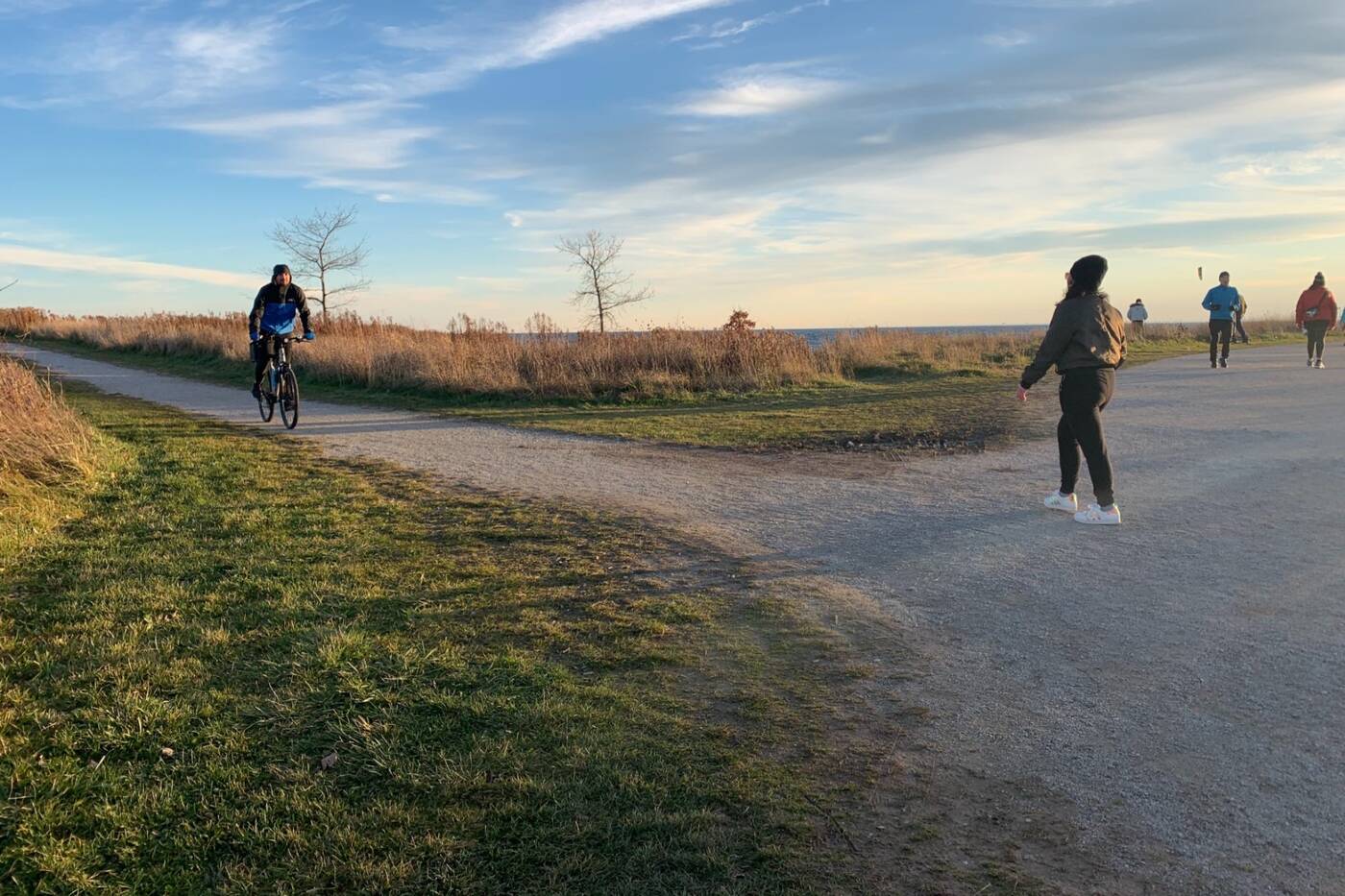