Toronto officially opened its first skating trail on December 11th. The 250-metre, figure-eight shaped trail is located at Colonel Sam Smith Park - the grounds of the former Mimico Asylum - at the foot of Kipling Ave. and Lakeshore Blvd. West.

The skating trail is connected via walkways to the local trail network, so skaters can easily hike over from a number of nearby parks. 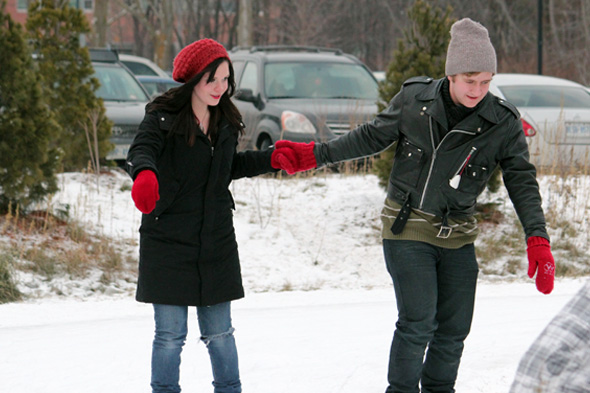 I stopped by on Sunday to check it out, and the trail was packed with families, couples, and teens enjoying the atmosphere. Lights along the trail allow for night skating, and the refrigerated ice surface means the rink will be open for a long season, even if the weather might not be cooperating. 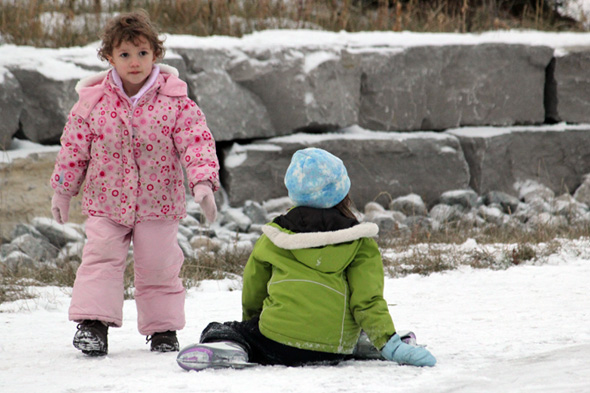 Skating is free, and the rink is staffed from 7 a.m. to 10 p.m. However, the lack of fences makes it easy to skate at any time on a bright enough night. The Power House Recreation Centre is the main building for the trail, allowing skaters to change from shoes to skates indoors. The trail even has it's own Zamboni, housed in the former power plant, that cleans and smoothes the ice every so often. 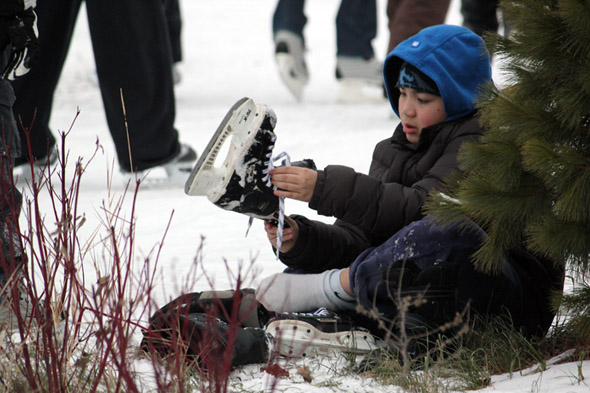 I think the trail is likely to become a local favourite, especially on a clear night - perhaps after-hours - when there's a moon in the sky and (hopefully) not too many other people around. 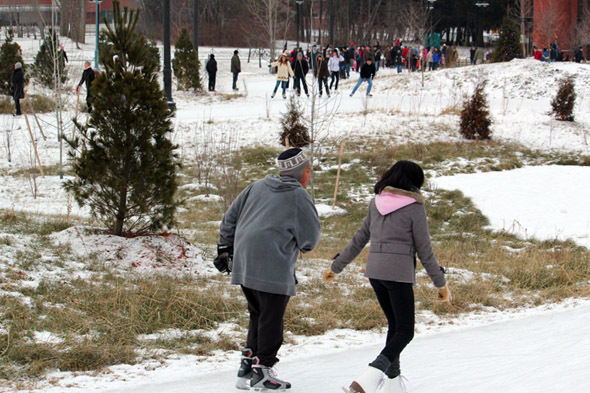 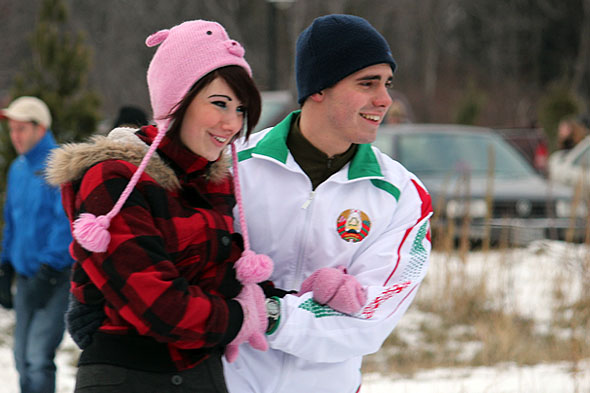 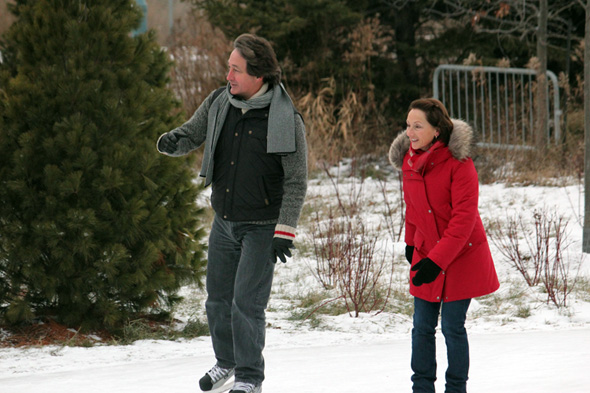 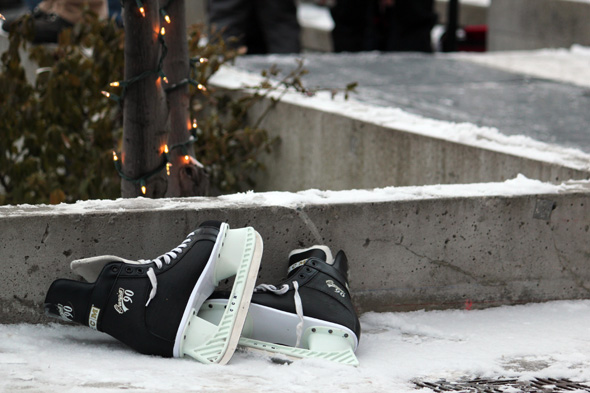