Outdoor skating rinks and trails in Toronto will be one of our few reprieves during lockdown this winter. As of right now, outdoor skating is one of the few activities yet to be axed, so throw on your masks and lace up those skates.

Favourites like Grenadier Pond and the Natrel Rink (RIP DJ Skate Nights) are no-gos this year, while some privately-owned locales like The Bentway have yet to announce their status 2020/2021.

That being said, the majority of City-run rinks open on November 28 and will last until March next year, weather permitting.

Here are some outdoor skating rinks and trails to check out this year.

The site of Toronto's biggest farmers' market also lets you skate under the roof at its historic brick factory. This scenic, privately-owned rink opens December 12 and will require booking a time slot online.

Named after the Toronto author and muscian, this rink offers one of the best skyline views from Toronto's downtown east side. Washrooms are open at this award-winning park by Sugar Beach.

Greenwood Park is one of the most unique spots to get your skating in this winter. It's home to two attractions: Toronto's first outdoor artificial ice rink, which offers a covered area, and a trail which circles next to the arena. 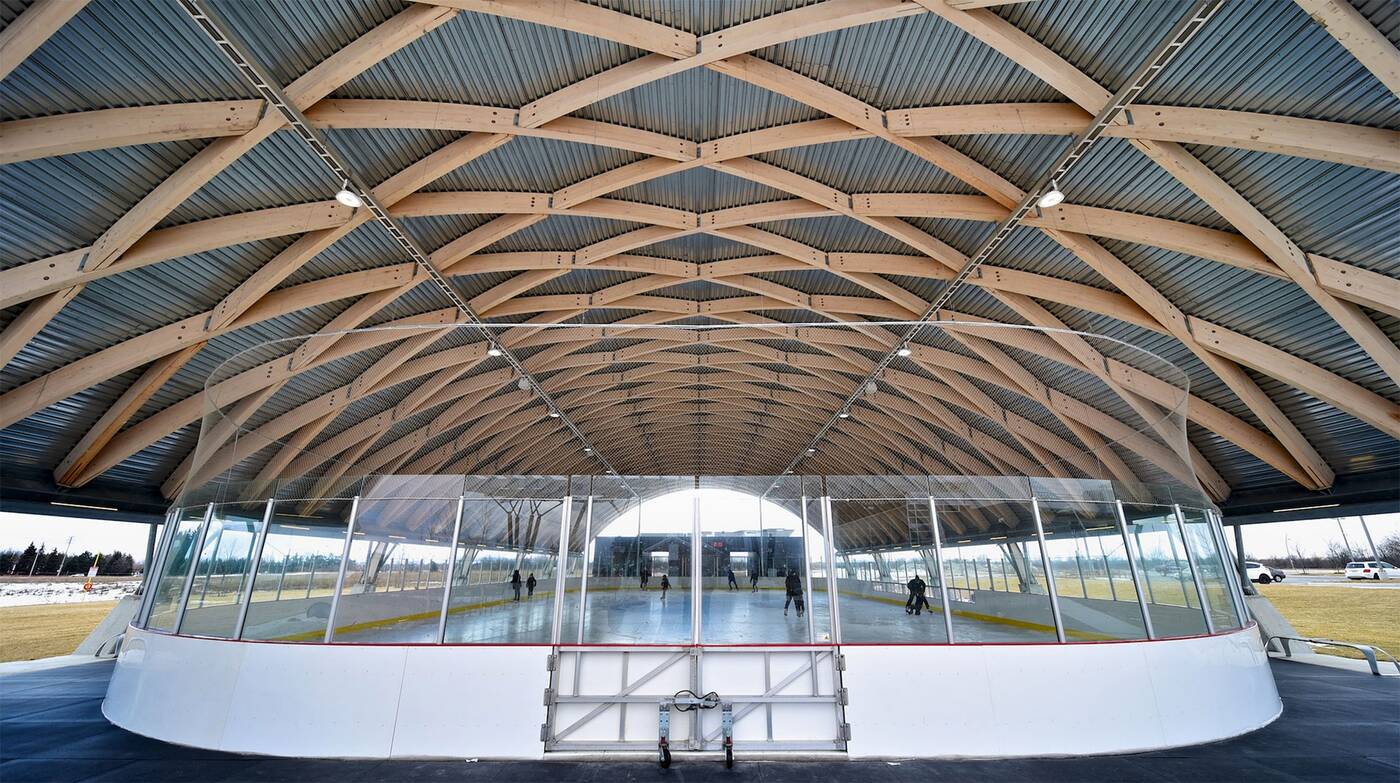 The rink at Greenwood Park comes with covered protection from the elements. Photo by Tony Mo.

New lighting, dasher-boards, and fencing have recently been added to this large outdoor rink opened in 2015. Head to the park's Athletic Grounds off Shuter Street for an unsupervised public skate.

There are two outdoor artificial rinks at this facility, located just south of Lawrence Avenue West near Avenue Road. Good lighting and a fenced off rink make this a good family-friendly spot for slipping and sliding around.

Hit up this massive park near Danforth and Broadview for its skating trail and hockey pad, also used for leisure skating from 10 a.m. to 10 p.m. most days. Maybe jump on the tobogganing hill before or after for some extra winter fun.

This entire square makes for a pretty winter destination in general, with its tree-lined walkway and stunning ampitheatre. Find this frozen-over pond at the bottom of the stairs, just steps from North York Centre subway station. 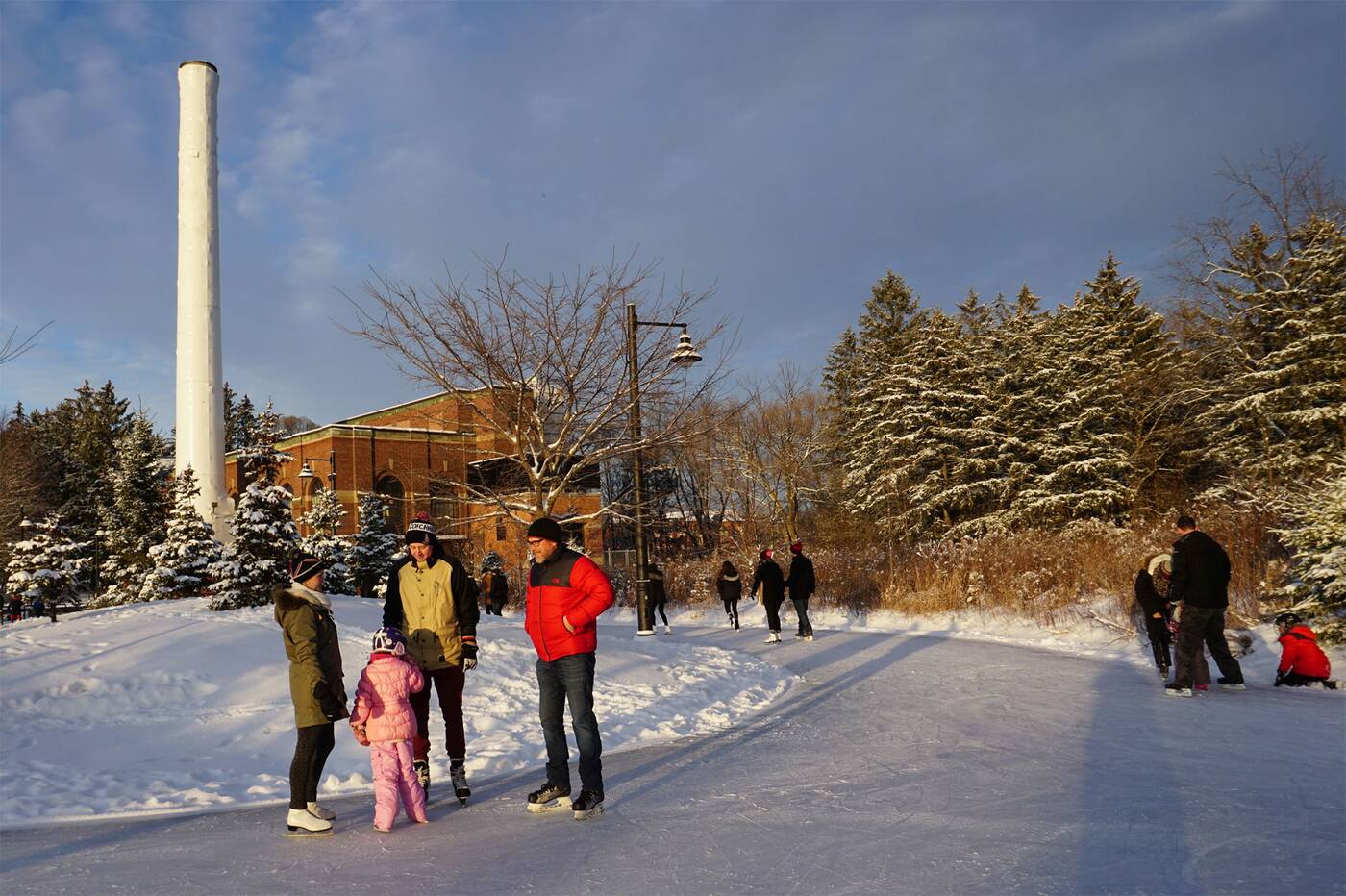 The rskating trail at Colonel Samuel Smith Park is a neighbourhood favourite. Photo by Michael Monastyrskyj.

This expansive figure-eight rink right along the Etobicoke shoreline was actually Toronto's first-ever skating trail, and is still one of the best leisure skating spots to date.

Last year's newest addition to College Park is an oval-shaped rink that stretches five metres wide. It's purportedly one of the most environmentally friendly outdoor artificial rinks on the continent, using green refrigeration systems to keep it icy.

No skating season is complete without a trip to Toronto's quintessential rink outside City Hall. An expansive space means plenty of wiggle room off the ice.