The history of the Lakeshore Psychiatric Hospital in Toronto

One of the most fascinating groups of buildings in Toronto in terms of social history are located near the shore of Lake Ontario in Etobicoke, and now house the Lakeshore Campus of Humber College.

According to the Lakeshore Psychiatric Hospital fonds at the Archives for the History of Canadian Psychiatry and Mental Health Services, the institution officially opened as the Mimico Branch Asylum on January 20, 1890. 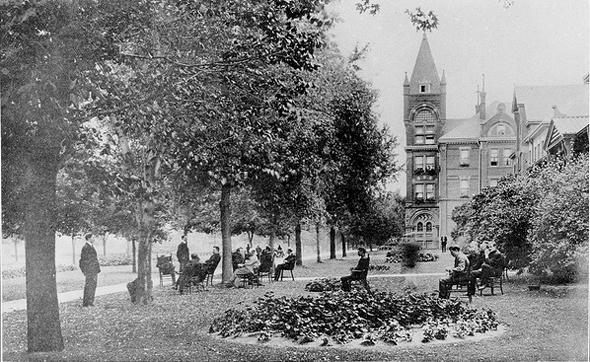 However, its early development traces back to 1871, when the annual meeting of provincial superintendents took place at the Provincial Lunatic Asylum.

Then, the existing overcrowding at 999 Queen Street West, which had been a problem from the beginning, compelled the authorities to recommend a construction of a separate "branch" that would care for the incurably mentally ill patients.

They reasoned that those, who still had a chance of recovery from their maladies, would benefit from more attention from physicians and less crowded wards that would result from the separation of the incurable. 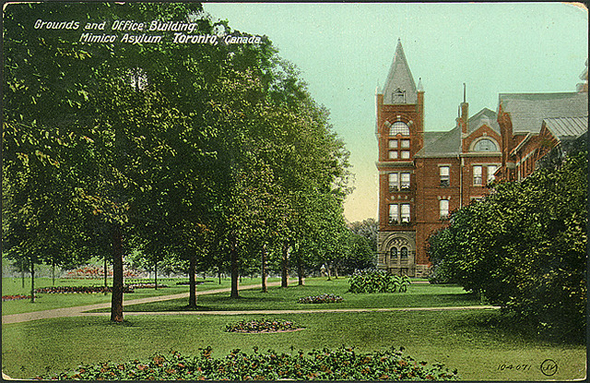 In 1884, a group consisting of male patients and attendants were sent to Mimico, on a site of a provincial farm, to construct the asylum. Kivas Tully, the chief provincial architect at that time, designed the buildings in the popular combination of Gothic and Romanesque Revival styles.

The so-called "cottage system" of asylums was considered to be superior to one sprawling structure that allowed for a better classification of inmates, and Mimico was the first institution for the insane in Canada that was based upon it. 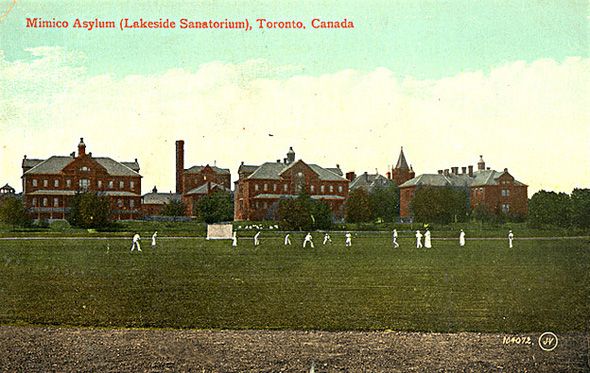 Under the guise of moral management, advocated by Dr. Joseph Workman, the first superintendent at 999 Queen Street West, which styled productive work as a form of therapy, the patients did not receive any pay for their labour.

This exploitative pattern continued through the 1930s and the 1940s, when the patients performed renovations on the physical plant of the hospital. It did not cease until the 1950s, when the asylum farm was being sold for suburban development. 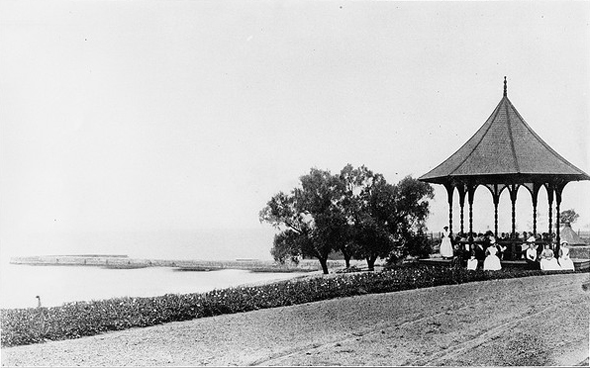 In addition to farming and construction, the inmates were also employed in gardening, cleaning, and carpentry. Work was assigned according to the existing gender roles: women were thus engaged in domestic tasks such as laundry and cooking.

The patients also assisted in burials of the deceased by making coffins and assisting in burying of the bodies at the asylum cemetery. 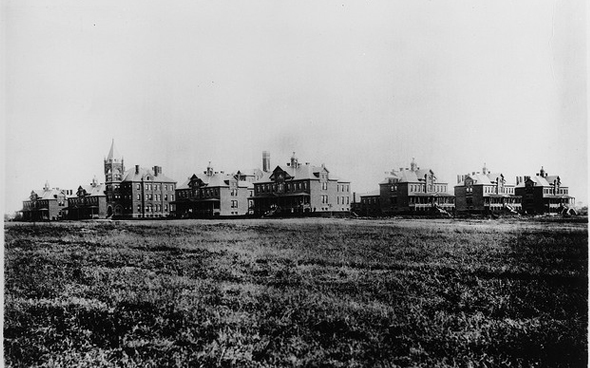 The inmates were housed in so-called cottages, which were built on both side of the main administrative building in the centre.

The cottages numbered 1 to 5 and located to the south were for female patients, while the cottages A to E were for males. In addition, moral treatment stressed the influence of the immediate environment on the well-being on patients.

Hence, the wards were designed to have cheerful, home-like appearance. The inmates were also escorted daily on walks and were encouraged to participate in sports.

A cricket rink, still in use today, was leveled by patients in 1896, and the incorporation of the Mimico Asylum Cricket Club soon followed. The assembly hall, constructed in 1898, was used for Sunday worship and weekly dances. 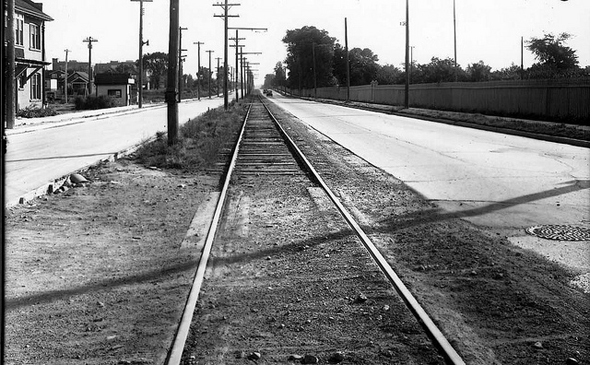 In 1894, the asylum was renamed Mimico Insane Asylum and became an institution in its own right. This was due to the increasing patient population at the Provincial Lunatic Asylum, and it was decided that a branch institution no longer sufficed.

This represented the first step in the long-term decline of the hospital, which would continue until the late 1950s. The overcrowding soon became an issue and the standard of care drastically worsened, particularly during the Great Depression of the 1930s.

The funding was so scarce that markers could not even be provided for the patients buried at the cemetery and violence was a daily reality within the institutional walls.

Much changed when Dr. Herbert Clayton Moorehouse became the superintendent in 1959. He aimed to revitalize the institution by reducing the patient population through the expansion of outpatient services. It was most likely him who put an end to forced patient labour.

He was fondly remembered after his retirement, and the association of volunteers, which financed a patient lounge, named it after him. 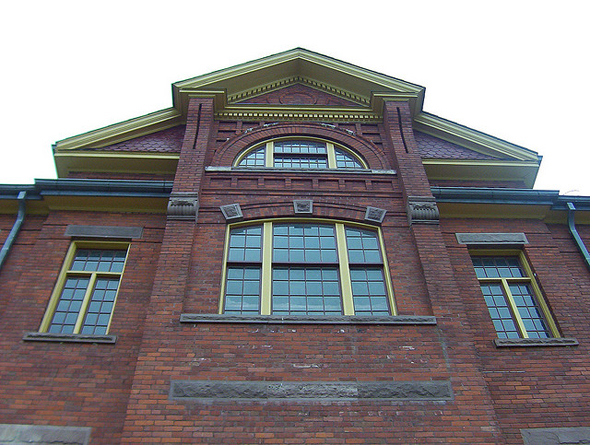 Dr. Donald Ross Gunn, as the research director for many years and later as the superintendent between 1967 and 1972, worked to make the hospital more respectable and prestigious through his research initiatives, which included the discovery of succinylcholine as an effective muscle relaxant administrated to the patient prior to electroconvulsive treatment. 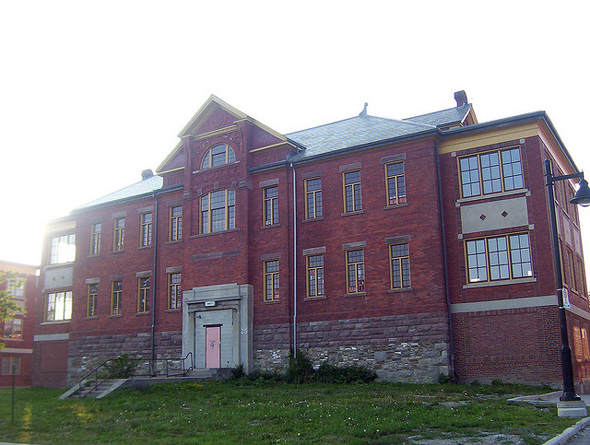 The institution, which was renamed as the Lakeshore Psychiatric Hospital in 1964, closed on September 1, 1979, following the decision of Dennis R. Timbrell, the Minister of Health, to shut it down due to its "substandard facilities."

As with the Provincial Lunatic Asylum, large scale-Victorian asylums were seen as inhumane and monstrous, not to mentioned antiquated.

It must be noted that the closing was part of the bigger trend of deinstitutionalization, which began after World War II.

Although Timbrell did promise that the services provided by the hospital would be replaced by the Lakeshore Division at Queen Street Mental Health Centre, over time they proved to be highly inadequate, and many patients became homeless. 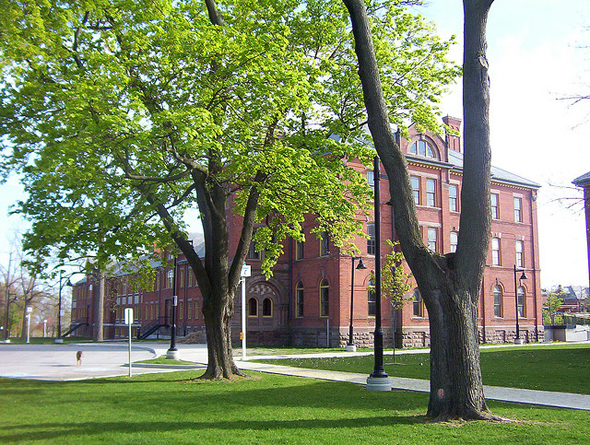 Not surprisingly, owning to the fact that many of the buildings stood empty for a number of years, the site has inspired countless ghost stories and urban legends among other nonsense.

I rather strongly feel that they tend to overshadow the life narratives of the people who lived, worked, and died there, with many of them remaining untold.

Alex Luyckx, Archives of Ontario, City of Toronto Archives, and author's collection. The writer would like to acknowledge John Court for his assistance with the research.

People have started installing anti-City of Toronto signs in parks