Torontonians who use bike sharing to get to work will be happy to know there's several new neighbourhoods from which they can do that.

A new bikeshare expansion was announced by the city today, adding new stations both in existing neighbourhoods, as well as expanding outward to new areas. 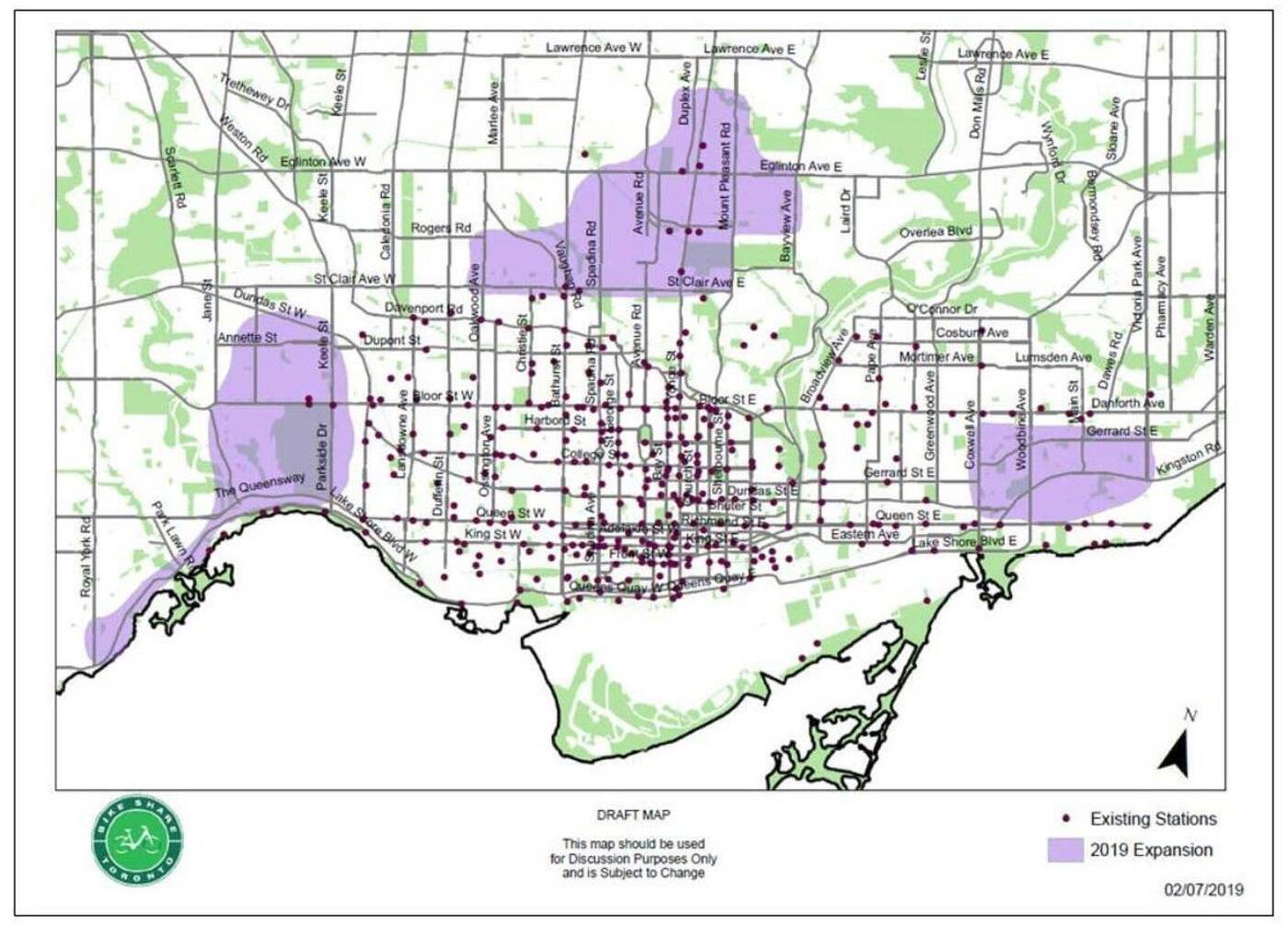 A map indicating areas (in purple) where the Bike Share program plans to expand. Image via Toronto Parking Authority.

Here are the neighbourhoods that will receive new stations in the bike share expansion:

Furthermore, reserve funding from several downtown wards will be used to fund the program, meaning those wards will receive new stations as well. They are as follows:

The province agreed to contribute $6 million to the expansion, with the city matching $1.5 million for a total of $7.5 million. The new stations should be open by summer of this year.