Adrenaline seekers, get ready for a world-class ride right here in our home and native land: Canada's Wonderland just finished building the tallest, fastest and longest dive roller coaster in the world.

One last piece of track was just installed for the highly-anticipated Yukon Striker, according to Wonderland, after more than a year of intense construction. 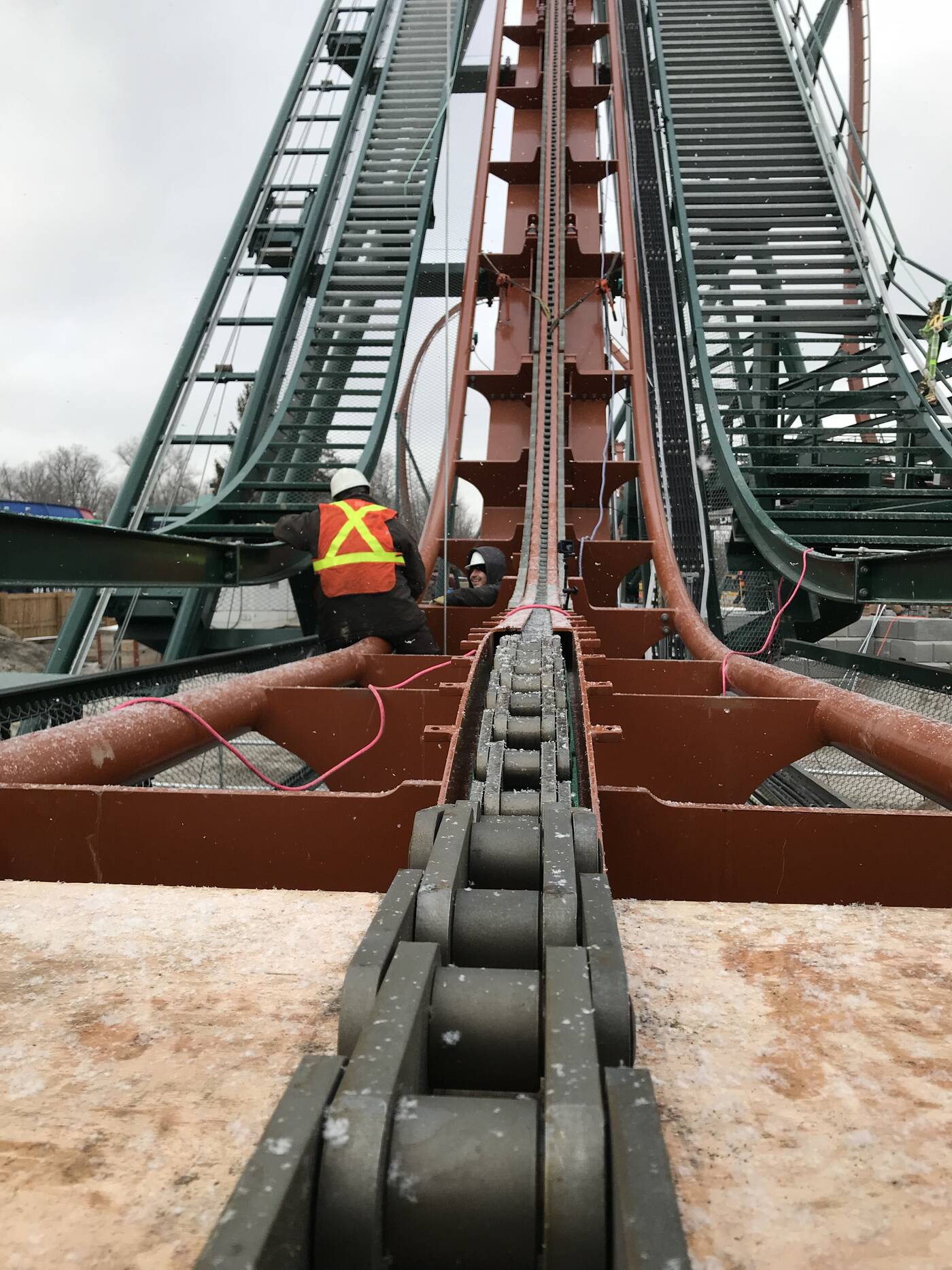 The Yukon Striker will take riders underground as part of the highest drop for a dive coaster in the world. Image via Canada's Wonderland.

The Vaughan, Ontario amusement park announced on Monday that, with the closure of the coaster's 360-degree loop, workers can now move on to installing trains, building a loading station and completing landscaping.

After that, the coaster will be tested hundreds of times with water dummies, which are used to simulate the weight of real humans. 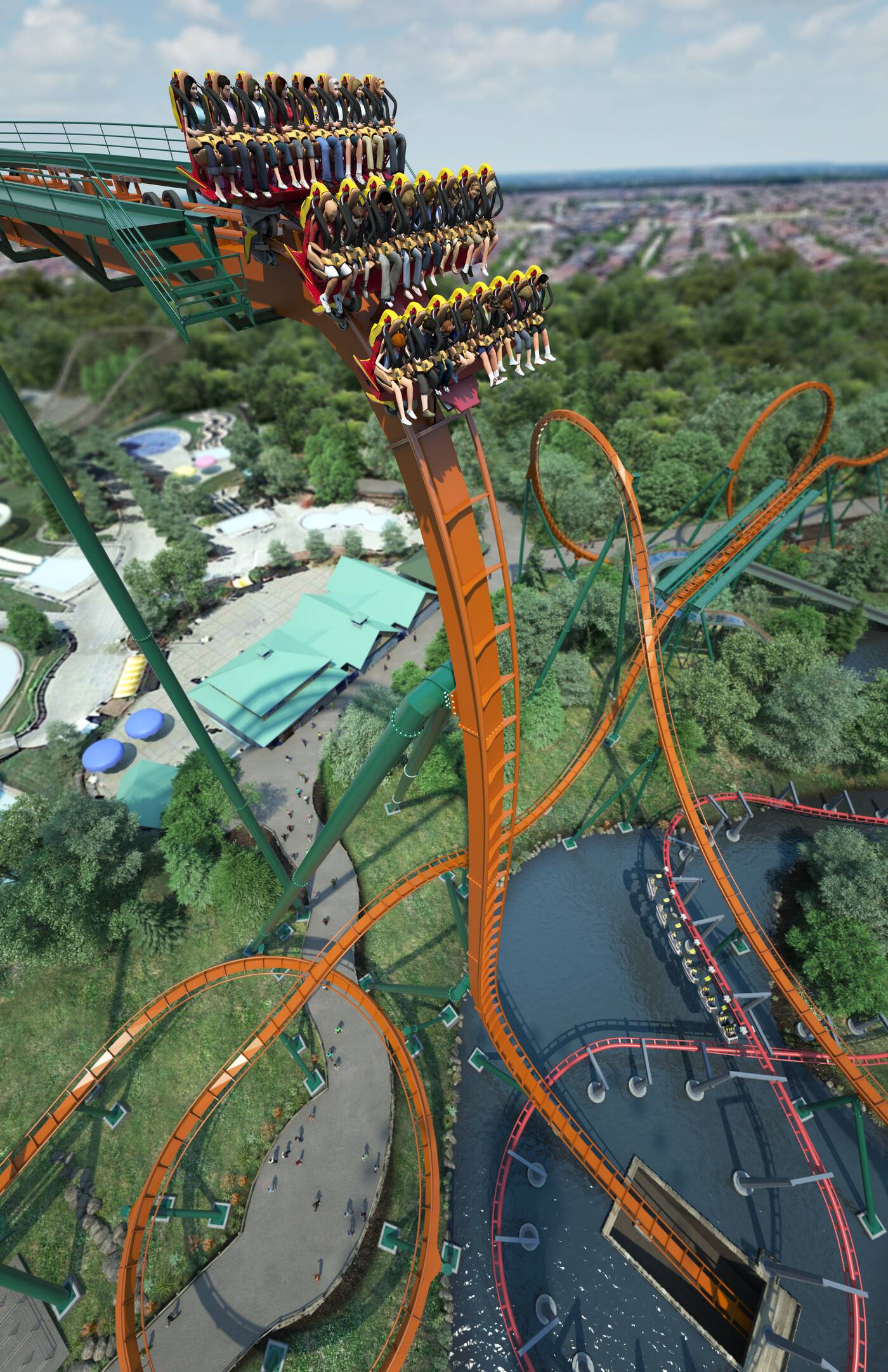 The Yukon Striker will be well-tested by the time opening day arrives, which should help calm riders' nerves... at least a little bit. Image via Canada's Wonderland.

All should be good to go by opening day, which has yet to be officially announced but usually falls sometime in late April or early May.

Either way, those interested in trying the ride will be diving at 90 degrees, 75 metres down, through 1,100 metres of track that include an underwater tunnel at top speeds of 130 km/h. 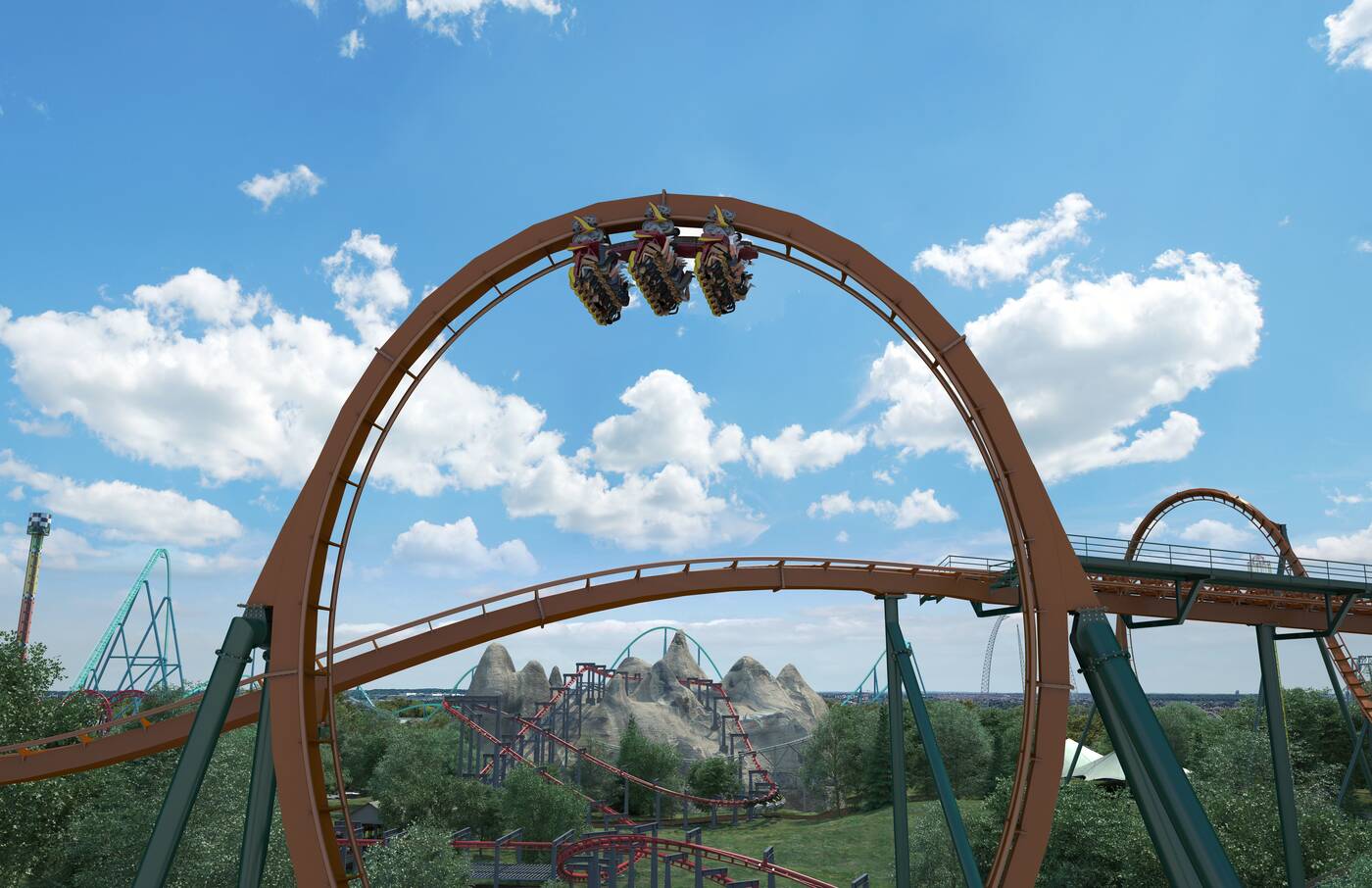 The Yukon Striker features at least four inversions, one of them part of a full 360 degree helix loop. Image via Canada's Wonderland.

"Our talented team has worked for more than a year to bring this complex project to completion," said Wonderland's Director of Construction and Maitenence, Peter Switzer, in a release announcing the news today.

"At times it’s like solving a puzzle as we integrate a massive roller coaster into the park’s landscape with our existing rides, park utilities and underground infrastructure." 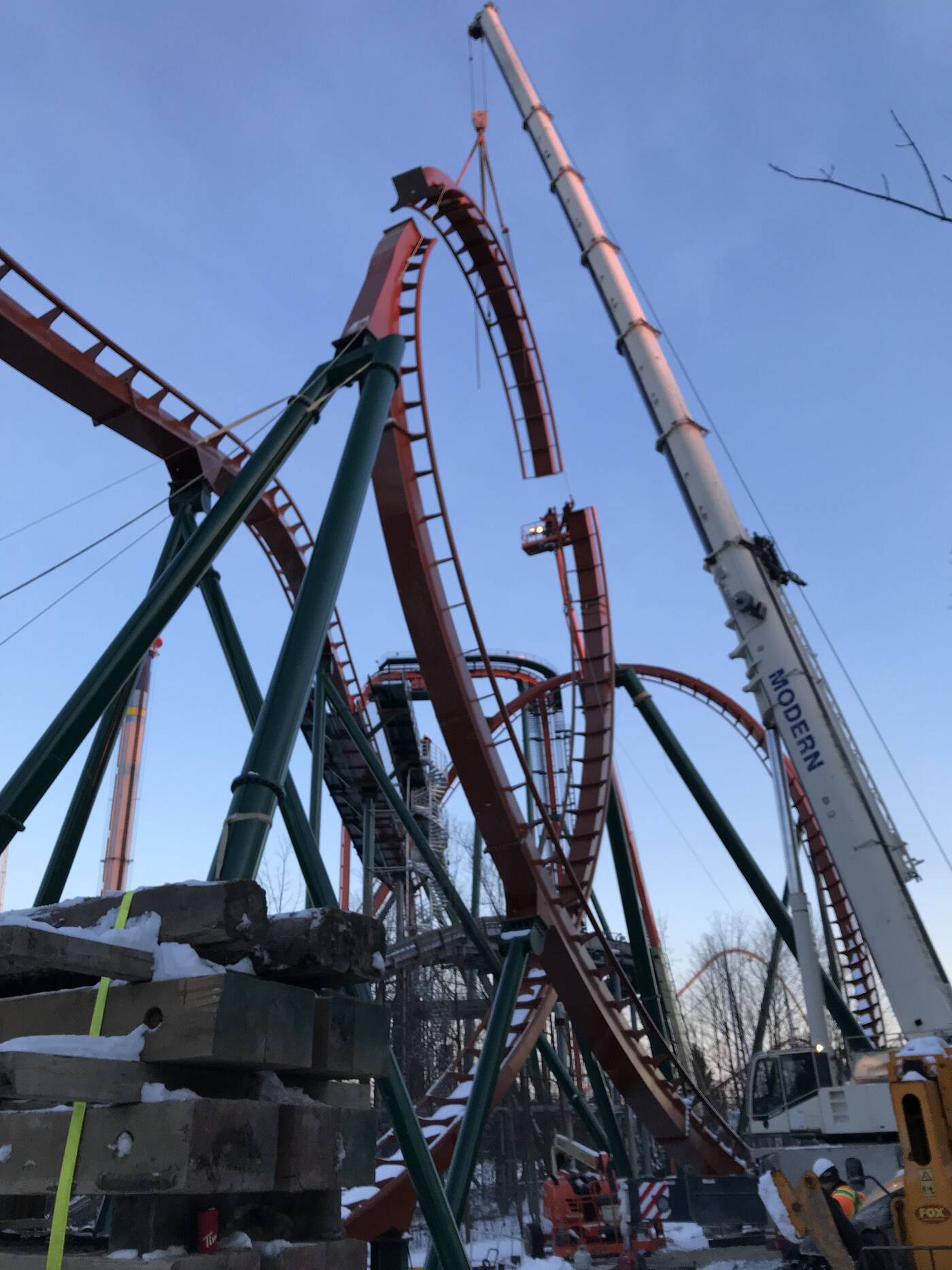 It'll take a total of 3 minutes and 25 seconds to complete the ride, but leave yourself extra time for the line. You will most certainly need a lot of it.