The fallout from Tuesday night's torrential downpour will likely continue into the weekend, according to data from Toronto Public Health — especially if you have waterfront plans.

All 11 of the city's official beaches were marked as "swimming not recommended due to heavy rainfall" on Wednesday in light of reported sewage spills.

"The public should not swim during and after storms, floods, or heavy rainfall," reads the City of Toronto's SwimSafe website. "Cloudy water can be an indicator of high levels of bacteria that may pose a risk to human health."

While the latter three beaches are known to have less-than-stellar bacteria count records, it's quite rare for any of the Toronto Island beaches to get red-flagged.

Centre Island has only exceeded the provincially-established safety limit twice in as many years. Ward's Island has been shut down eight times since 2016 and Hanlan's Point four times. 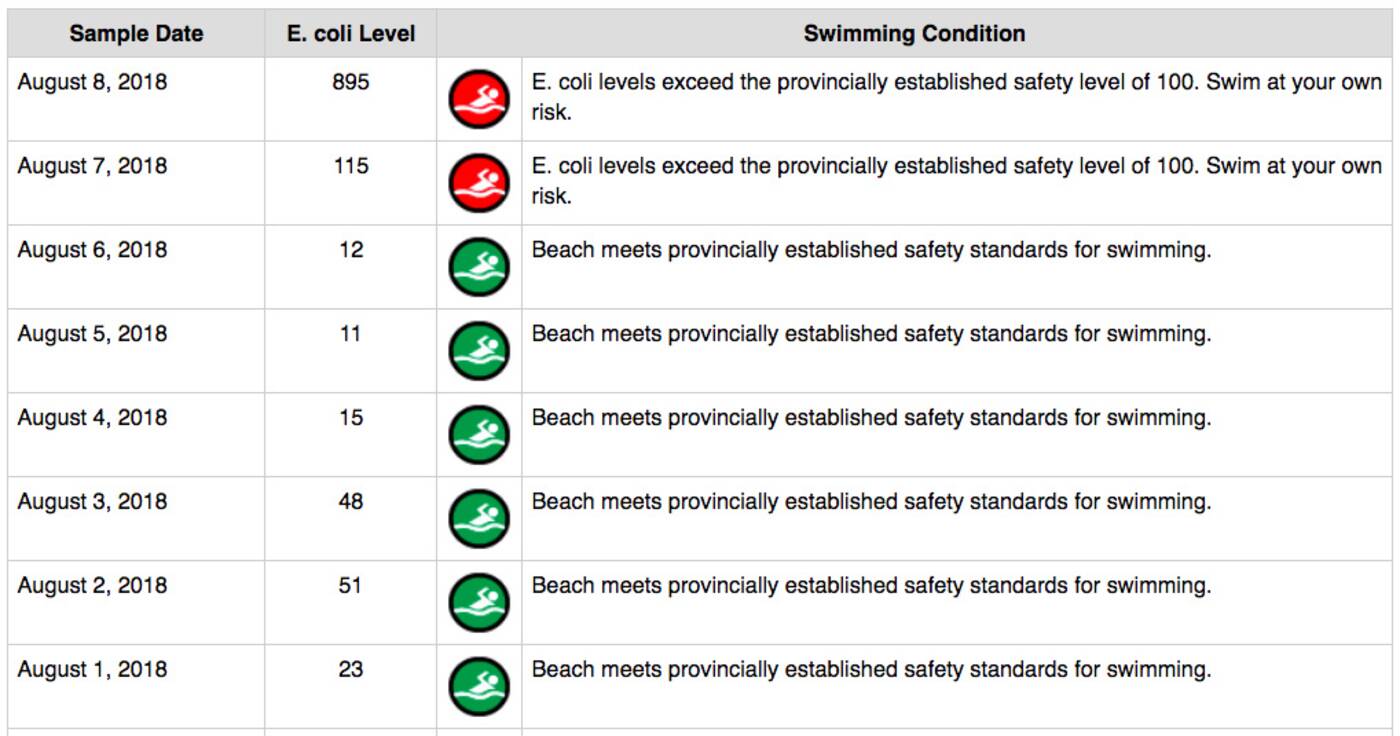 With an E. coli count of 895, Marie Curtis Park East Beach in Etobicoke is not safe to swim at following Tuesday night's intense rain storm. Screenshot via City of Toronto.

So, it's a good idea to stay out of the water if you're going to the islands (though you should check Toronto Public Health's website for the most recent numbers).

It's an even better idea to stay far away from Marie Curtis Park East Beach, where the E. Coli level skyrocketed from 15 to 895 over a span of just 48 hours.

Same thing goes for Sunnyside, which currently boats an E. Coli level of 722.