Almost nobody showed up for the Raptors tailgate party last night

The Toronto Raptors took a franchise-first 2-0 series lead last night by defeating the Washington Wizards 130-119 in a home game at the ACC.

Millions of eyes were on the game, judging by how much hype it generated — but a much smaller number of eyes than usual were watching from Jurassic Park.

You see, it's not a very nice time to be outside in Toronto this year. There's snow on the ground, it's way colder than usual and the city is still recovering from a brutal weekend ice storm.

A massive tailgating party scheduled for Game 1 of the Raptors-Wizards series was actually called off on Saturday due to inclement weather conditions at Jurassic Park (aka Maple Leaf Square — the party zone directly outside of where the Raptors play).

It looks like some fans might have assumed that last night's Raptors tailgate was cancelled as well.

Toronto police did shut down pretty much everything within impaling distance of the CN Tower on Tuesday afternoon.

Ripley's Aquarium, Steamwhistle Brewery, The Rec Room and half the exits to the Rogers Centre were all closed for safety reasons, and while the ACC wasn't affected, one could be forgiven for thinking it might be.

Whatever the case, only about 200 people showed up to the Game 2 tailgate party outside Toronto's Air Canada Centre.

Here's a shot from last year, for contrast's sake.

How far must the Raps go for the playoffs to be a success? It all starts tonight. The Raps look to defend home court against a familiar playoff foe, the Washington Wizards. Last time these two teams met the Raps were swept, but these are two very different teams this time around. I’ve got the Raps in 5. Leave your predictions. #Toronto #Raptors #NBA #NorthSide #NorthOverEverything #DefendTheNorth #WeTheNorth #NorthTower

"They showing bad angles of Jurassic Park in Toronto like there are only 10 people there," wrote a Raps fan, suggesting that maybe the cameras were to blame. 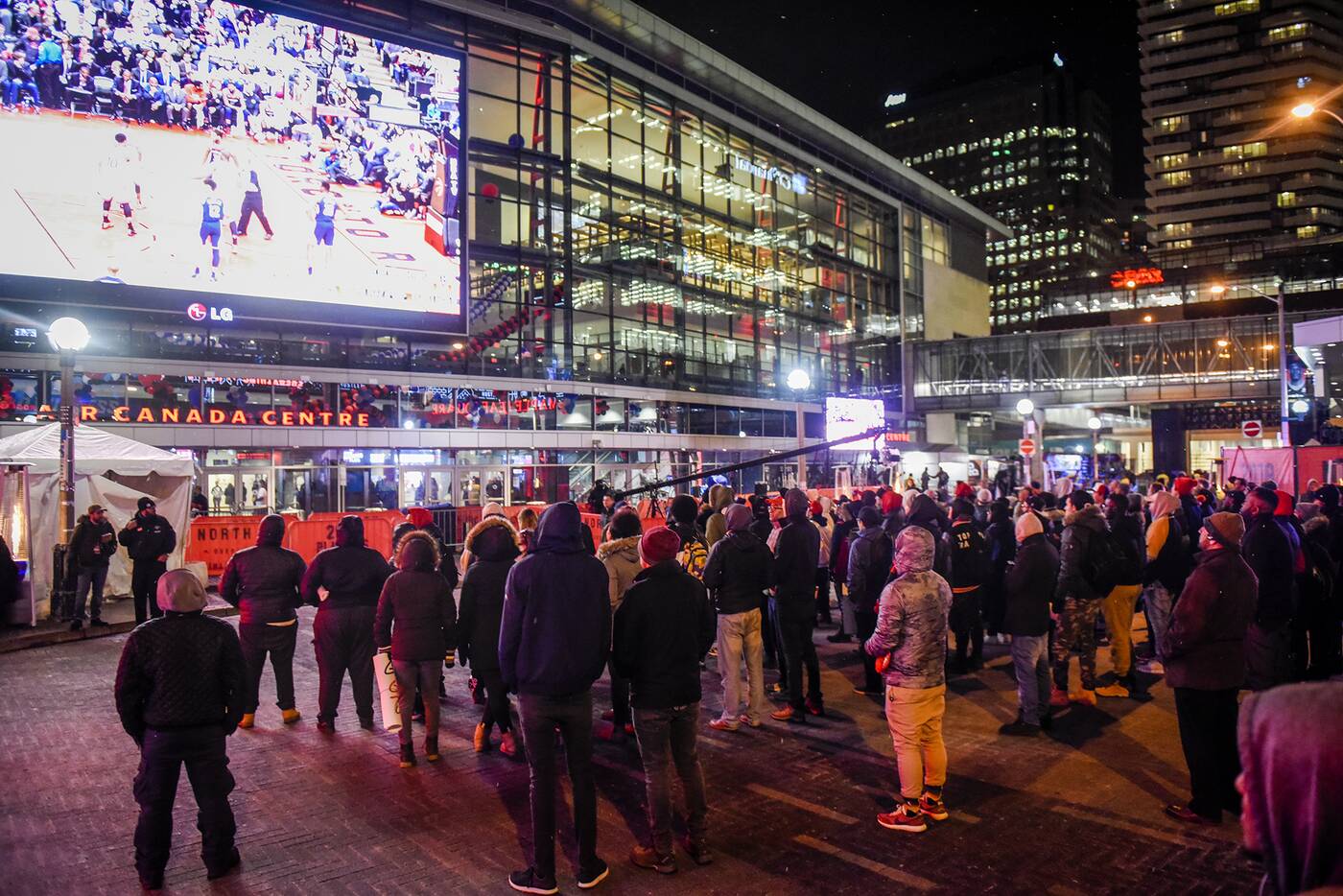 It was relatively quiet outside the ACC as fans stood around watching the game on the big screen. Photo by Hector Vasquez.

The truth is more likely that people are over this extended winter weather and would rather stay inside, where its warm, to enjoy the game.

Need I remind you that it was 22 C last year at this time? Yeah. Blankets up. Sorry, Jurassic Park.