Why Toronto won't get any more bowling alleys

Bowling is a game some of us played from time to time when we were kids. The experience was probably similar - pay a couple bucks for some musty shoes, pick a lane, grab a drink and a bad grilled cheese sandwich and maybe play some video games afterwards.

Bowling alleys were basically all the same, although over the years new innovations like glow-in-the-dark kept things interesting. Then, they started to disappear. Over the years many favourites have faded away.

O'Connor Bowl lasted 65 years but was ultimately demolished to make way for condos. The 1950's era Shamrock Bowl was restored in 2009 but only operated in earnest for a few years after.

And Thorncliffe Bowlerama held strong until just a few years ago before finally closing to make way for a fitness centre.

Thankfully we do have some lanes left, but only The Ballroom and Danforth Bowl are within easy reach of downtowners.

If there's some hope for the future of bowling in Toronto it's that there's signs of investment and renewed interest in the sport.

Highland Park Bowl in Los Angeles is probably the best example of what a bowling alley could be. It's a wonderfully-restored space that also dishes up Neapolitan pizza, craft beers and cocktails.

Closer to home, The Ballroom made bowling cool again with its 10-pin lanes surrounded by big screens, booze and live music. It's a viable - and popular - option for a night out in the Entertainment District.

"When I first started it was all league play with one night for the public," Ian Froats from West Bowlerama tells me. "Now it’s the opposite." 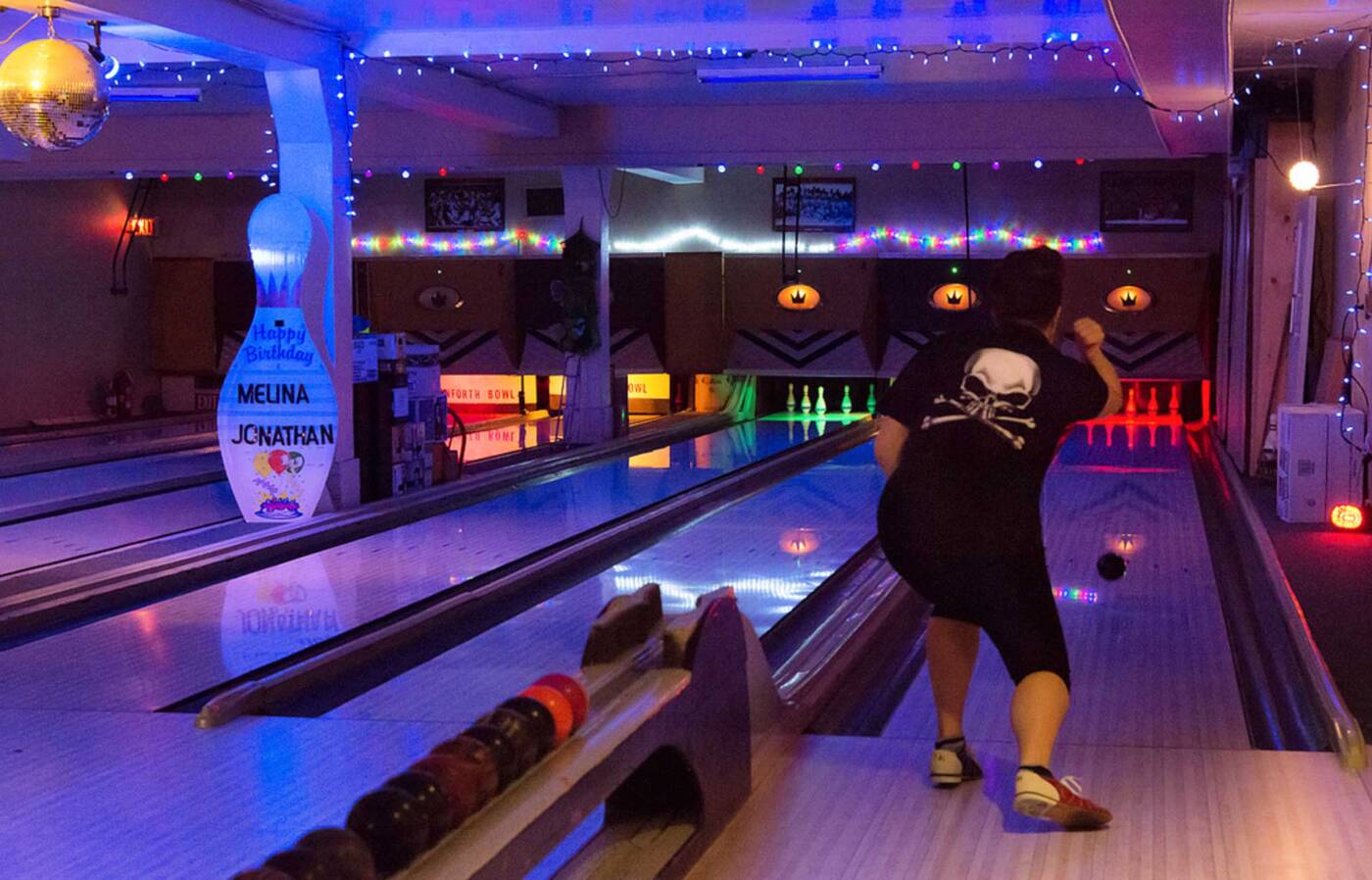 Froats grew up at the bowling centre and has been working the lanes since he was three years old. He's seen a lot of changes over the years, the main one being a switch from older folks playing in leagues to younger crowds playing freely.

"The base of league bowling and bar sales are no longer what can support your business that has been dying out for 15-20 years," admits Tyler Lee at Kennedy Bowl in Scarborough.

"If you weren’t able to keep up with social media trends and advertise on Facebook and Twitter, trying to get a younger audience involved, you probably weren’t able to fill your centre with open bowlers and are closing your doors."

Lee's been in the business for 13 years and says bowling alleys have to keep up with not only social media trends, but trends in general to stay relevant and viable.

The Ballroom has done that by creating a games palace with fun, loud music, lighting and all type of other games.

"I think we're an interesting concept on our own," suggests Shannon Piner, a manager at the Ballroom. "We not only offer bowling but we have a nightclub upstairs, two patios, free ping pong, foosball and bubble hockey."

"You have to adapt with what everyone wants," she says. "Our furniture is nice on our bowling lanes, it's not the plastic chairs you sit on at regular bowling alleys, and we have full service and menus on our lanes." 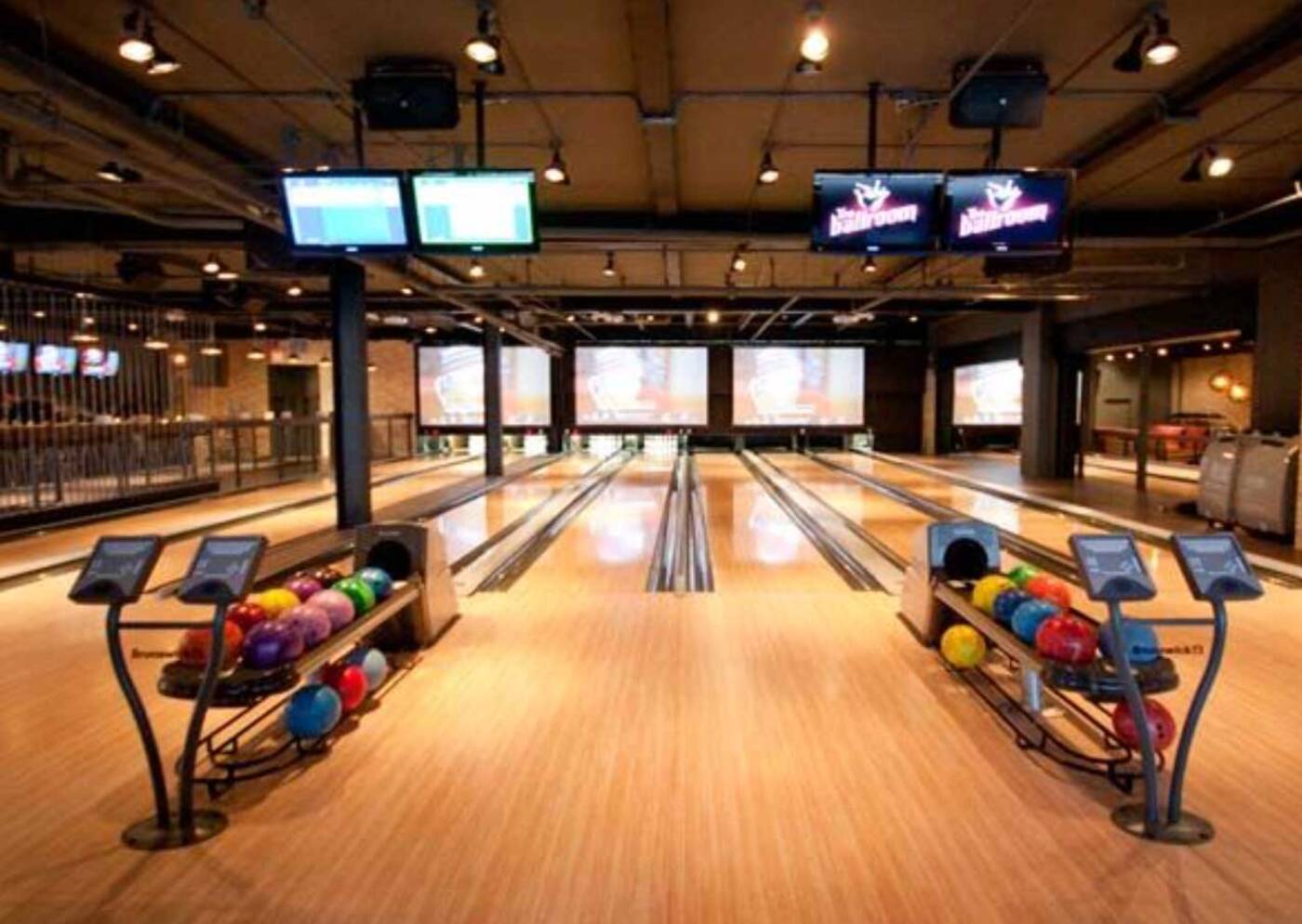 The Ballroom. Photo by Dennis Marciniak.

The leather couches, multiple rooms and flashy night out is a fun concept but it still doesn't mean we'll see any new bowling alleys anytime soon.

"For your land value and for what it costs in the GTA, there are a million ways to spend a million dollars better than opening a bowling centre," Lee says.

Him and Froats agree that the cost to open a bowling alley in Toronto in 2017 just doesn't make sense.

"If you want to open a 32 lane bowling centre that would probably cost you around $4 million dollars," Lee says. "[That includes] equipment, balls, shoes and you need about 100 feet length for every lane, which is a lot of space."

"You need a lot of square footage and the price per square foot in downtown Toronto is way too high," Froats adds.

West Bowlerama has two floors and 56 lanes. Froats says that opening a 30 lane bowling alley would require at least 15,000 feet, and good luck trying to find that space.

"We have to dress the lanes with oil," Lee says,"and oil costs have gone through the roof. Our hydro costs have tripled in the last five years. We’ve hit so many obstacles over the last 10 years that it’s no wonder there’s even any bowling centres left."