Centre Island is a family-friendly gateway to the Toronto Islands, and about one-million people travel to the Island every year, mostly in the summer months. They come for the endless acres of park and for Centre Island's attractions--Centreville and the Franklin Children's Garden — they offer rides, tours, performances, and nature education programs. While at Centre Island, you're almost guaranteed to be tempted into the cool waters of Lake Ontario at Centre Island Beach. 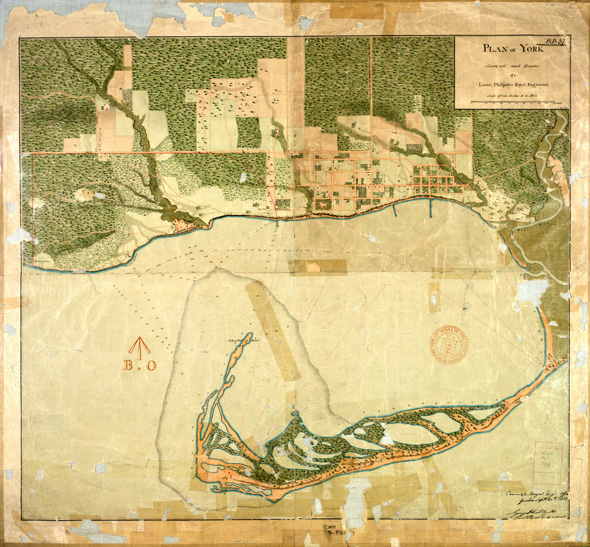 You may hear about the "Toronto Island," but the ring of land that forms the Toronto Harbour is actually a chain of about 10 different islands all connected by bridges. The Islands you see today were formed over centuries as currents scoured away at the fragile Scarborough Bluffs creating a long peninsula jutting out from around Ashbridge's Bay. In the 1850s, a series of powerful storms separated the former peninsula from the mainland, creating what we now call the Eastern Gap.

Today, the Islands form a car-free community with parks, beaches, about 250 homes, school, daycare, and art facilities, as well as an airport. The largest of the Islands is also the most well-known: Centre Island. It is the U-shaped ring that stretches from the east end of the harbour to the west, and houses all of the Islands' four beaches. 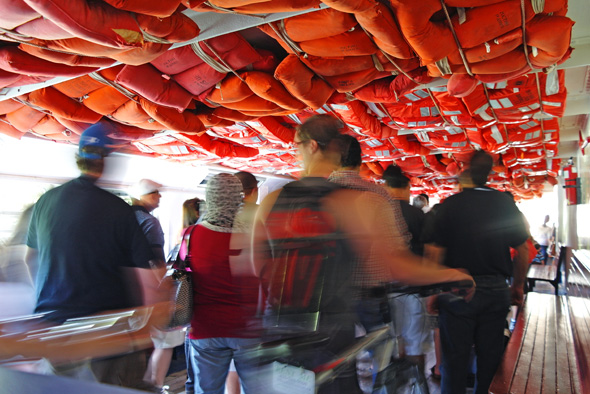 When you step off the Centre Island ferry — the biggest of the ferries that shuttle people to the Islands — you'll find yourself in Island Park. Follow the broad walking path labelled "Avenue of the Island," and you'll wind past the Centreville Amusement Park, an enormous picnicking area, first aid facilities, and a handful of concession stands. By the time you cross over the pedestrian bridge to Centre Island, you can see the beach ahead of you. 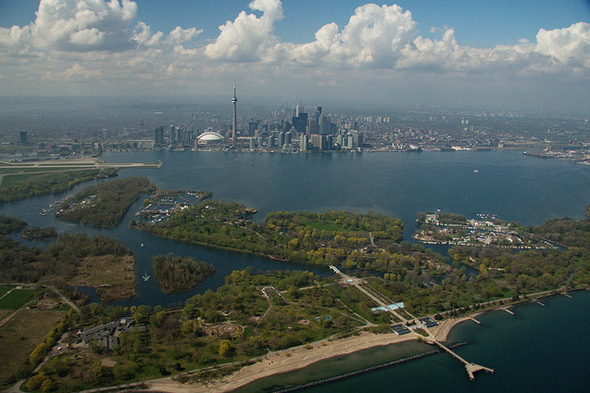 Tourist maps call the area "Manitou Beach." The name comes from Algonquin tribes who were the first people to enjoy the island and refers to a "spirit," which the Algonquin believe present in all things. 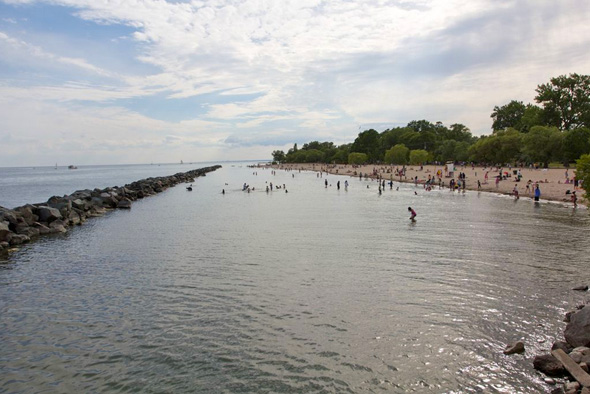 Centre Island Beach stretches east and west of the pier. It may not be the most glorious beach on the island but it's definitely the most convenient. The breakwall keeps strong waves away from the beach, trapping water close to shore like at Sunnyside on the mainland. You are likely to find a bit more murk here than at the other island beaches, and a fair bit of rocks near the pier, as well. The beach gets bigger and swimming improves the further west you walk, and at the very western end of the beach you can find a bit of open water and an escape from the crowds.

You can buy snacks or fast-food from different concessions on the Island, but everything is pricey. With so much great picnic space, most people prefer to bring their own meals from home.

Number of days closed due to water quality problems since June 1 2011: 9

To get to the Island: Centre Island Ferry from foot of Bay Street, Toronto Island Marina Ferry or Water Taxi from foot of York Street

Aggressiveness of seagulls and geese (out of 3): 1 (Historically, the Island birds are very aggressive and messy, but due to the bird relocation program, there aren't many to bother you right now)