Urbane Cyclist is the reigning champion in our best bike stores post , and for good reason. Over the 14 years the store has been open, it has attracted a loyal customer base of urban riders who rely on the store for their cycling needs on a year-round basis.

In fact, though the store started out with a pretty small space, it has slowly expanded by taking over additional parts of the building it occupies at 180 John Street such that the showroom and service areas are surprisingly expansive for a bike store located so close to the increasingly expensive Queen West strip. 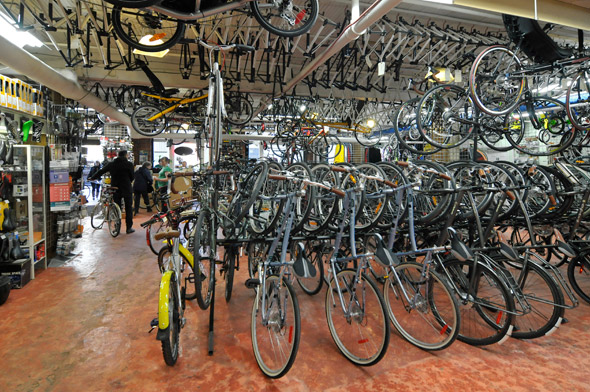 Here you'll find one of the city's highest concentrations of utility cyclists, a term staffer Kathleen Banville uses to highlight the particular needs of Urbane's most common customer.

"These are cyclists who generally use bikes as their primary mode of transportation, who may not own a car, and who ride all through the year."

As such, one isn't going to find a selection of road and mountain bikes on the sales floor. Instead, there's a range of fixed-gear, single-speed and touring and travel bikes on offer. The store also does cargo conversion kits, trailers and kids bikes. 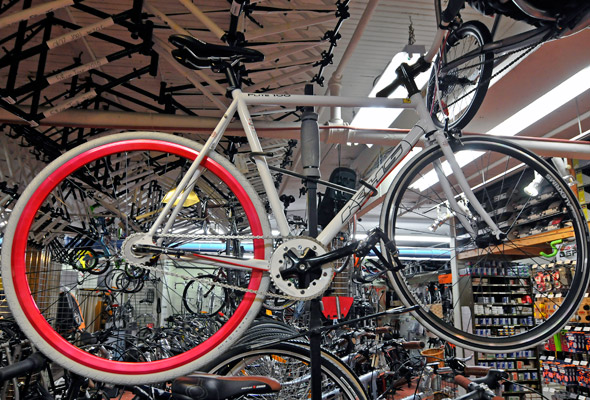 From a brands standpoint, Urbane carries a full line from the Canadian company Opus, and selections from KHS, Dahon, Globe, and Bike Friday (mainly custom travel bikes). But perhaps most importantly, they also offer an in-house line of bikes called Urbanites.

These come in a variety of styles including single-speed, commuter and touring models. From a price range standpoint, Urbane's bikes start at $400, with higher end touring bikes running up to $2000 depending on the level of customization one's after.

In general, Kathleen and her staff recommend that cyclists spend at least $600 to ensure that one gets a ride that won't require significant parts upgrades after a season (take their word on this — it's true). 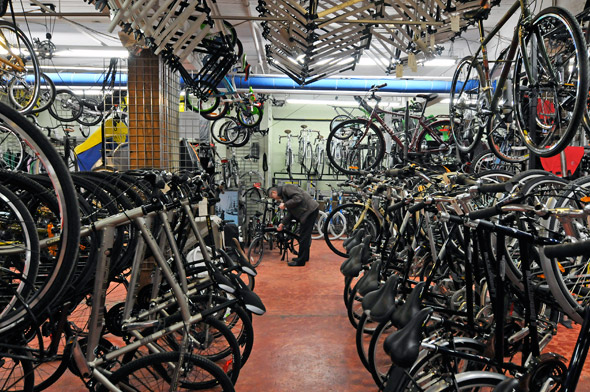 Another way to avoid replacing parts is to go single speed or fixie. Sure, there are still a few parts on these bikes that require maintenance, but their simplified drivetrains are durable and light, a combination that makes sense for urban riders.

And besides, as I've said before, it's not like Toronto's actually that hilly . Single speeds should be comfortable at least 80 per cent of the time, and when the going gets a bit tough, just think of the workout you're getting. 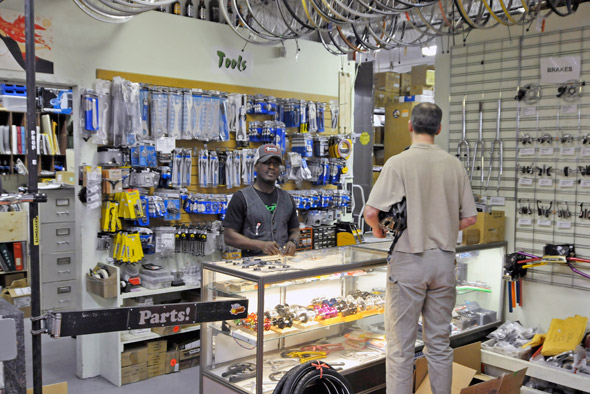 Given the focus on utility cyclists, Urbane also carries an array of accessories and clothing to help city riders deal with the elements and to avoid having their gear stolen.

All the major players are accounted for, including Kryptonite and Abus locks, a bevy of fenders and racks, lights and Ortlieb courier bags. Same goes for service.

Although the shop doesn't claim to be specialists with hydraulic brakes (found most commonly on mountain bikes), they can handle just about anything else within reason. 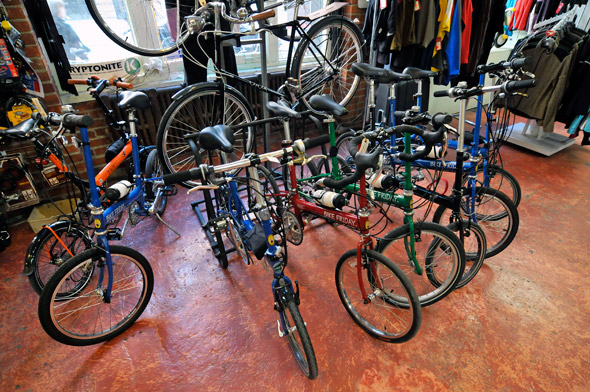 One final note. As a worker's co-op, I've noticed that the staff are generally very knowledgeable at Urbane, and the service tends to be above par, especially if you have a lot of questions.