BIG SHINY is a by-appointment-only micro record shop. Crammed into an upper floor office space, they deal mainly in new (not used) electronica on vinyl.

The operation started out as an online-only store, but now has this physical location for pick-up orders, and where you can browse their selection in person by making an appointment online to visit. 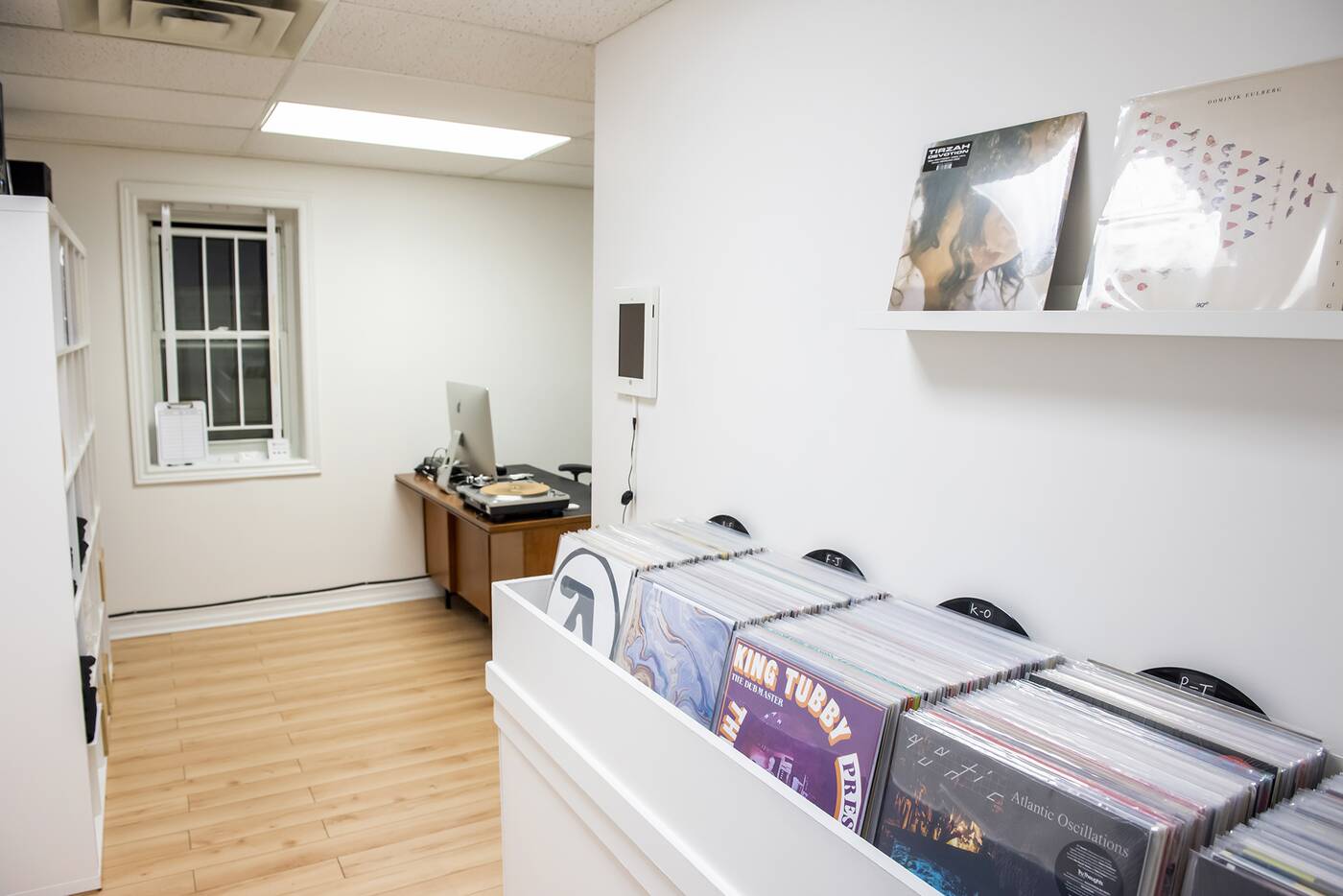 BIG SHINY actually launched the website and began using the physical space in the summer of 2019, though customers weren't able to come in. It still functions mainly as a workspace and storage area, one trough full of records at the front most suitable for browsing. 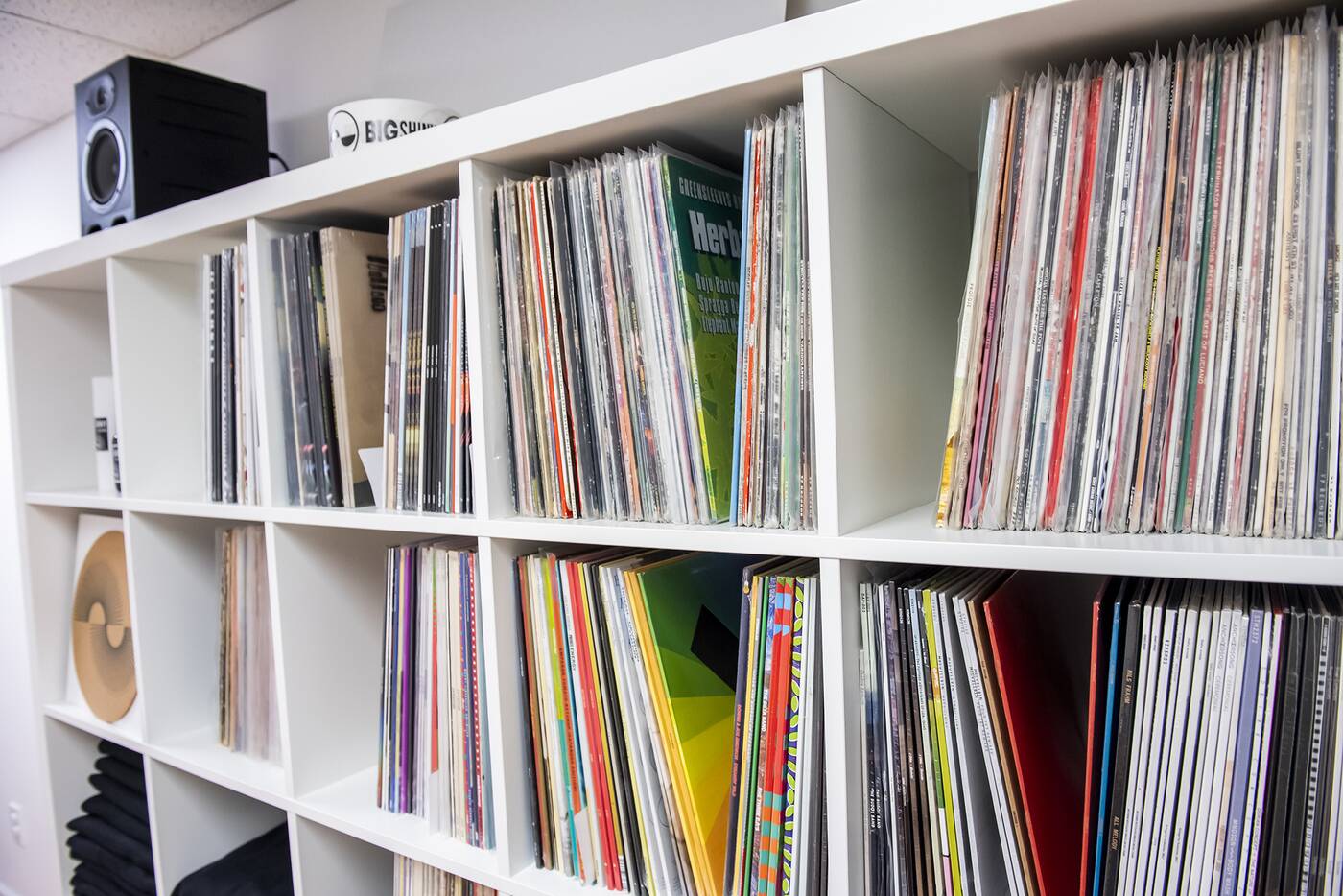 The tiny space has been designed with minimalism in mind, embracing an all-white scheme with no extra frills, intended to be sort of an extremely condensed record store experience. 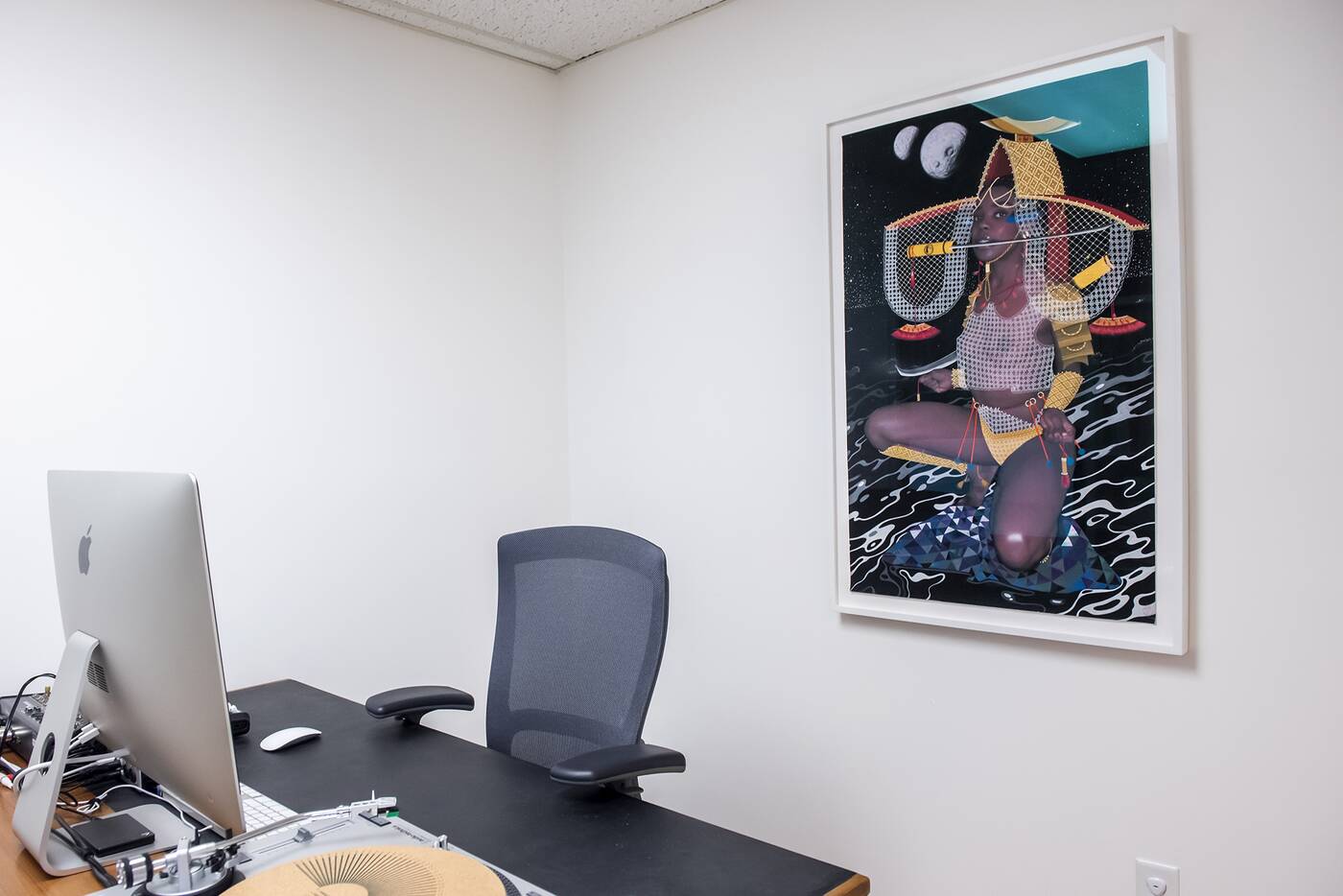 A piece of artwork depicting DJ Bambii by Rajni Perera hangs behind a desk space, called Bambii of Knife Clan. The piece feels part shrine, part talisman, as if to say 'buy some records, or else.' 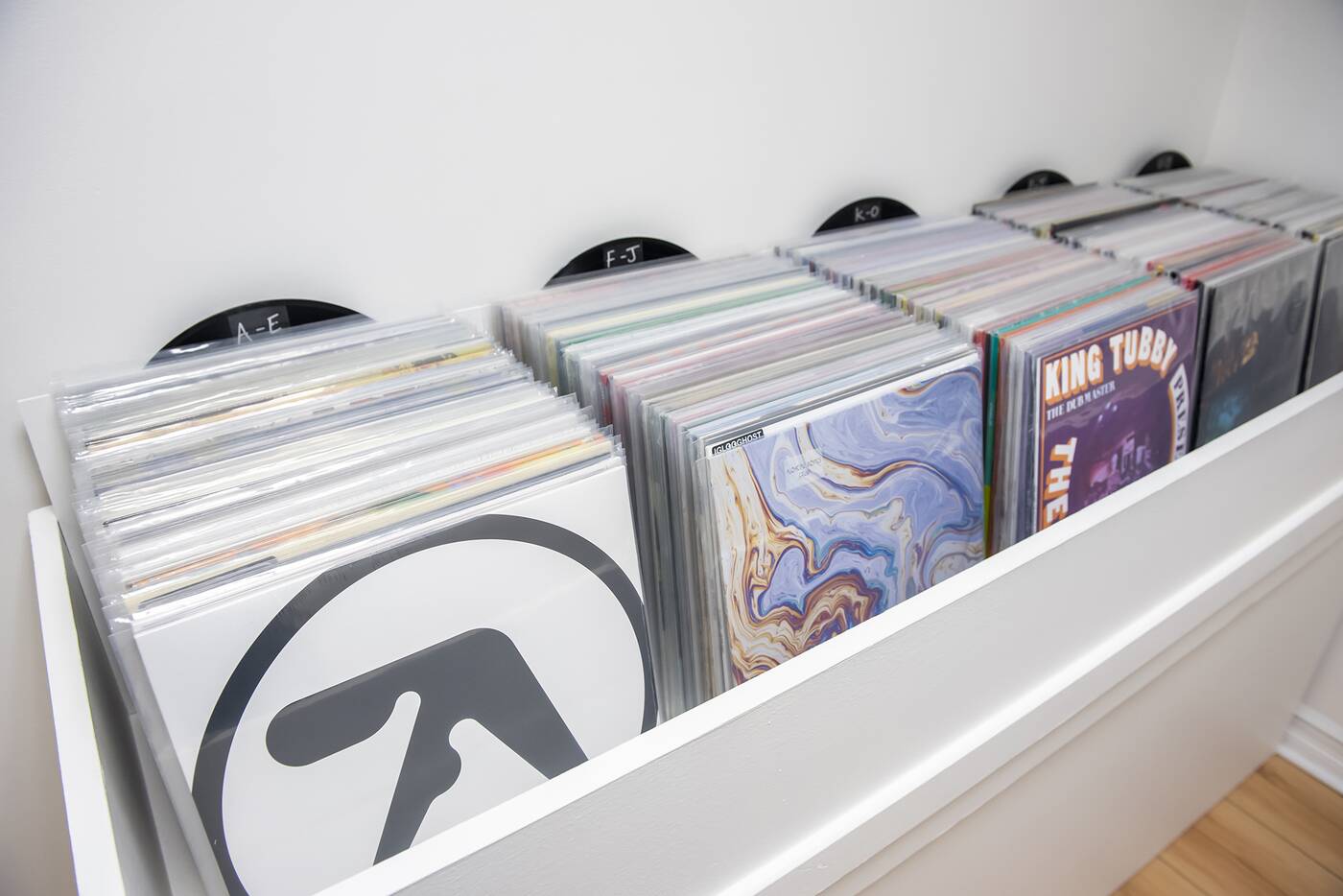 The sole trough is organized alphabetically, a loose approach taken to stocking electronica: the records in here could range from instrumental to dub to techno. 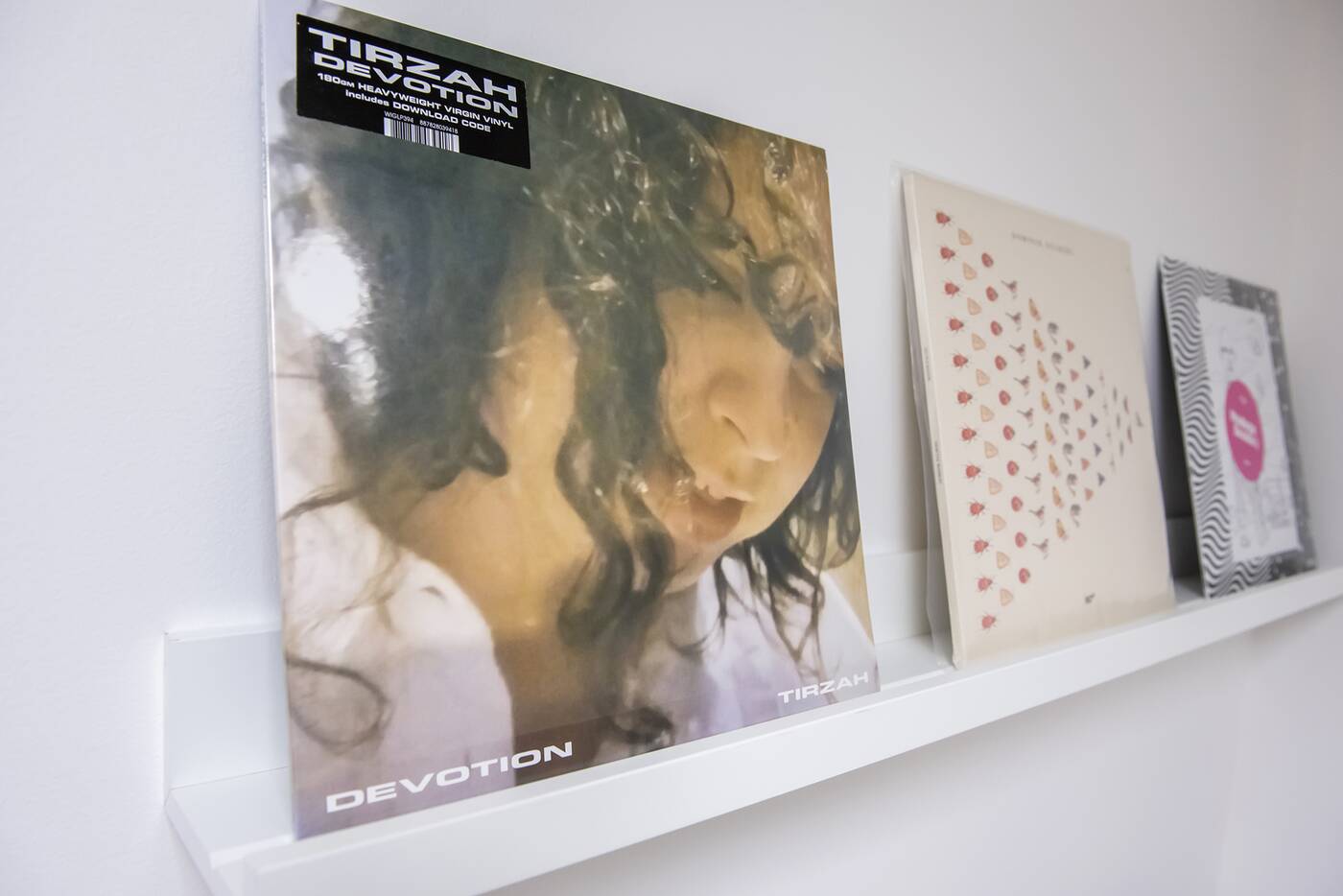 That might include such diverse selections as Dominik Eulberg's Mannigfaltig ($40), Tirzah's Devotion ($33), Donnie and Joe Emerson's Dreamin' Wild ($37), Floating Points, Stereolab, J Dilla and Animal Collective. There are also some compilations in stock. 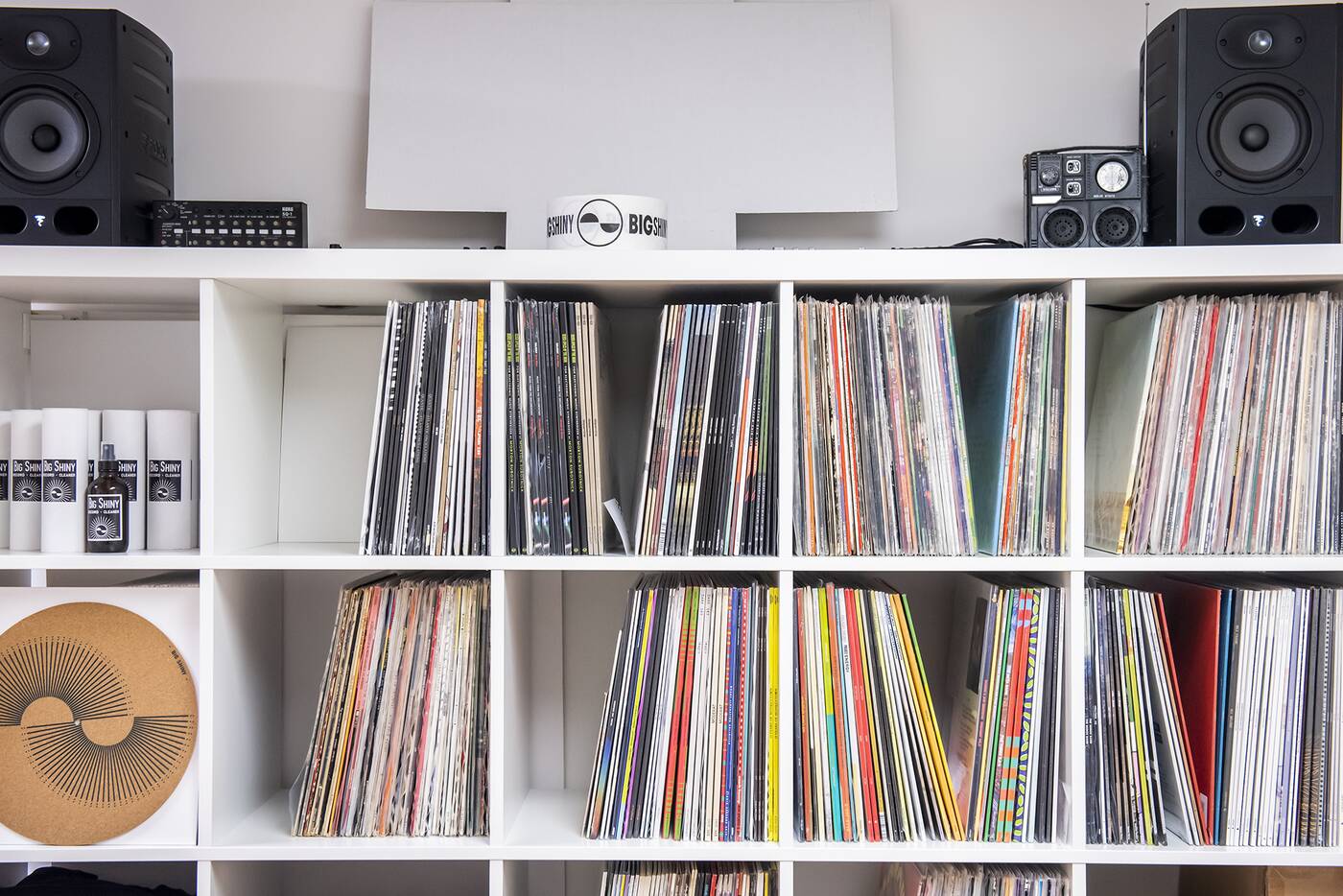 Aside from a trough, shelves contain the rest of a stock of about 300 records, including a lot of the duplicates and other overstock stored here. In theory, the stock here could potentially double in size despite the small confines. They'll also buy your used records. 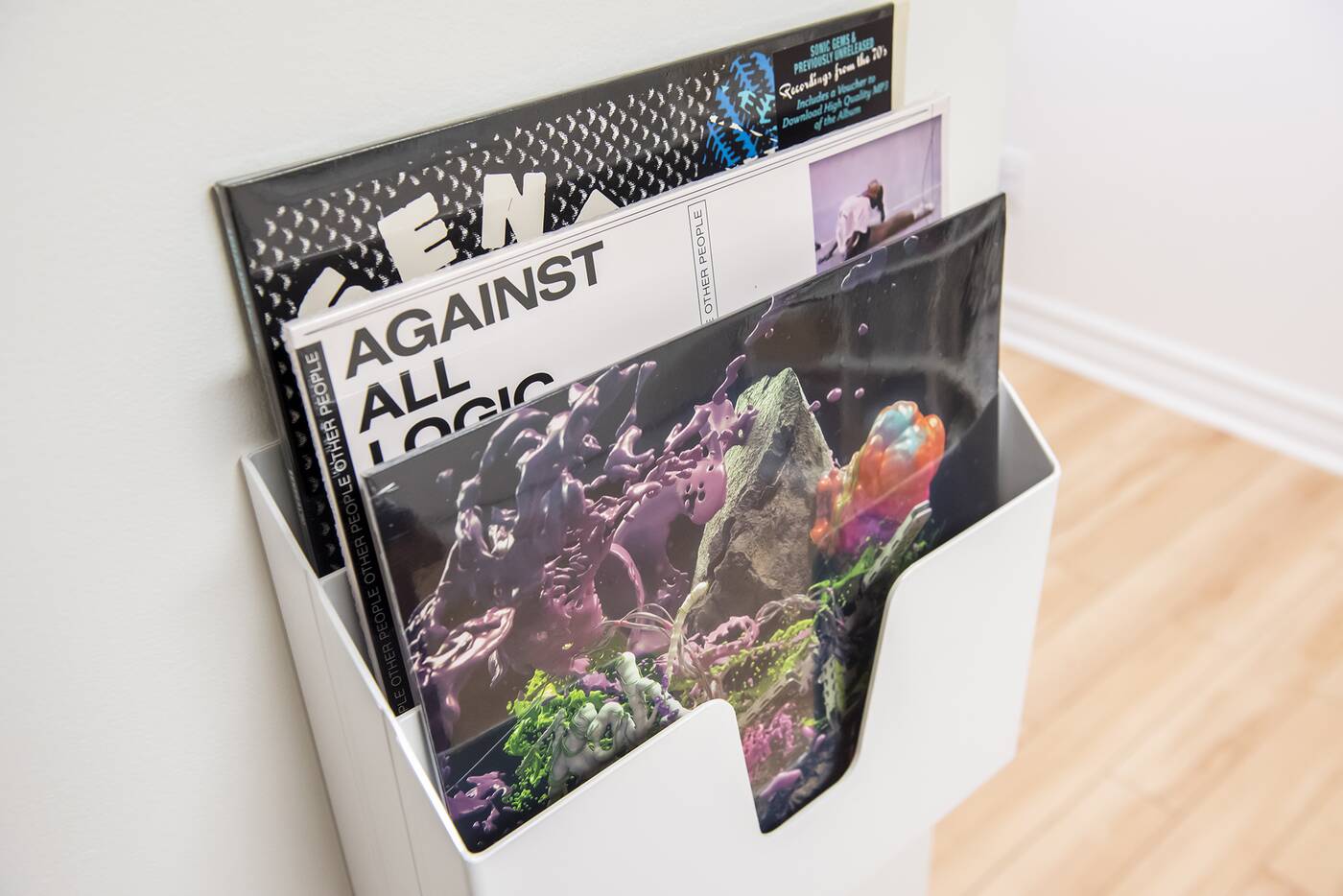 A convenient little shelf is good for storing picks so you don't have to struggle to hold everything in your arms while shopping. 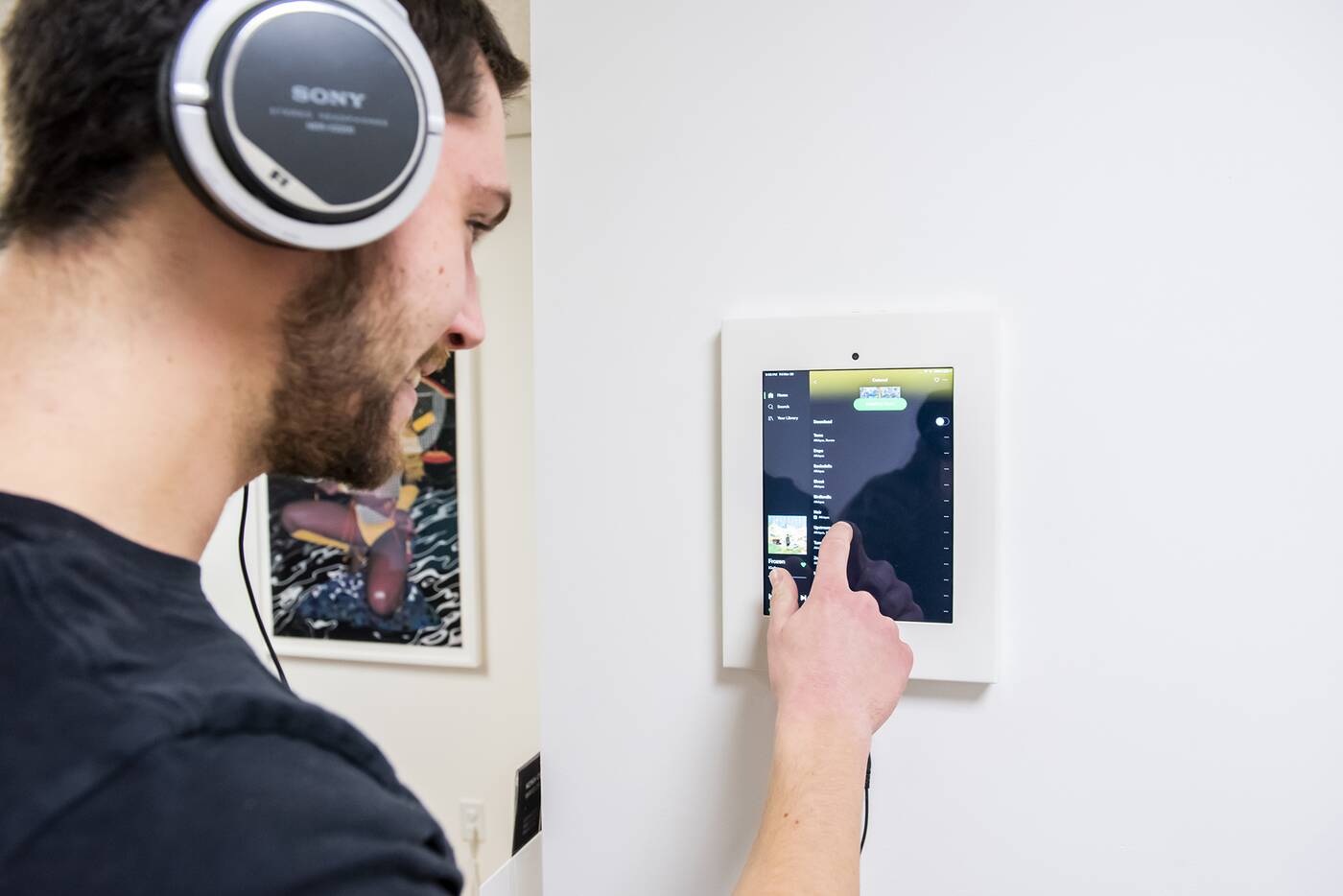 A listening station is hooked up to Spotify so you can find out what pretty much anything in the shop sounds like without having to open the packaging. However, some used or open records are fine to test out on the in-store record player hooked up to the same speaker system. 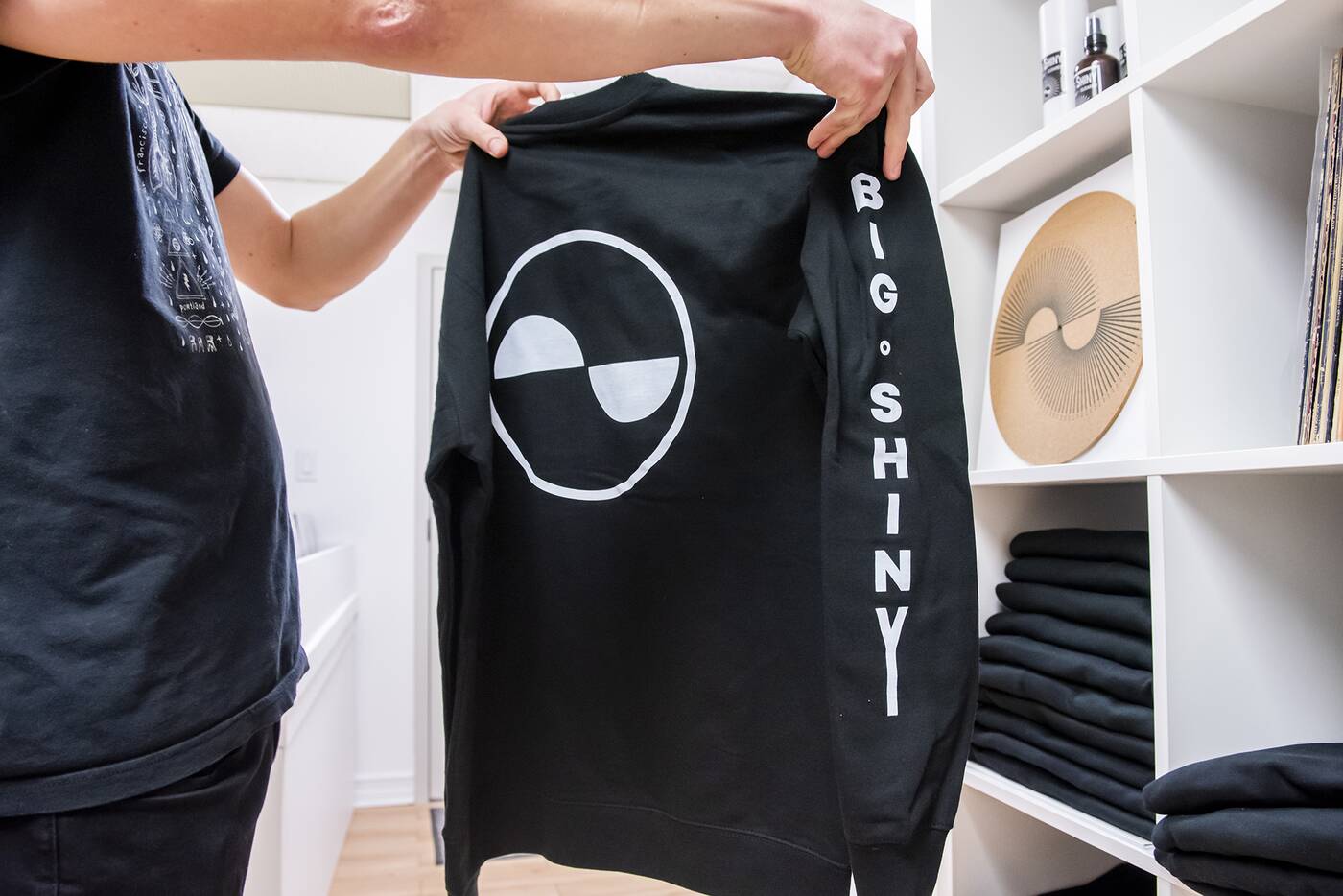 Merch like crewneck sweaters ($55) is screen printed in Toronto by Paranoid, and features their semi-circle logo, which emulates a record split in half. 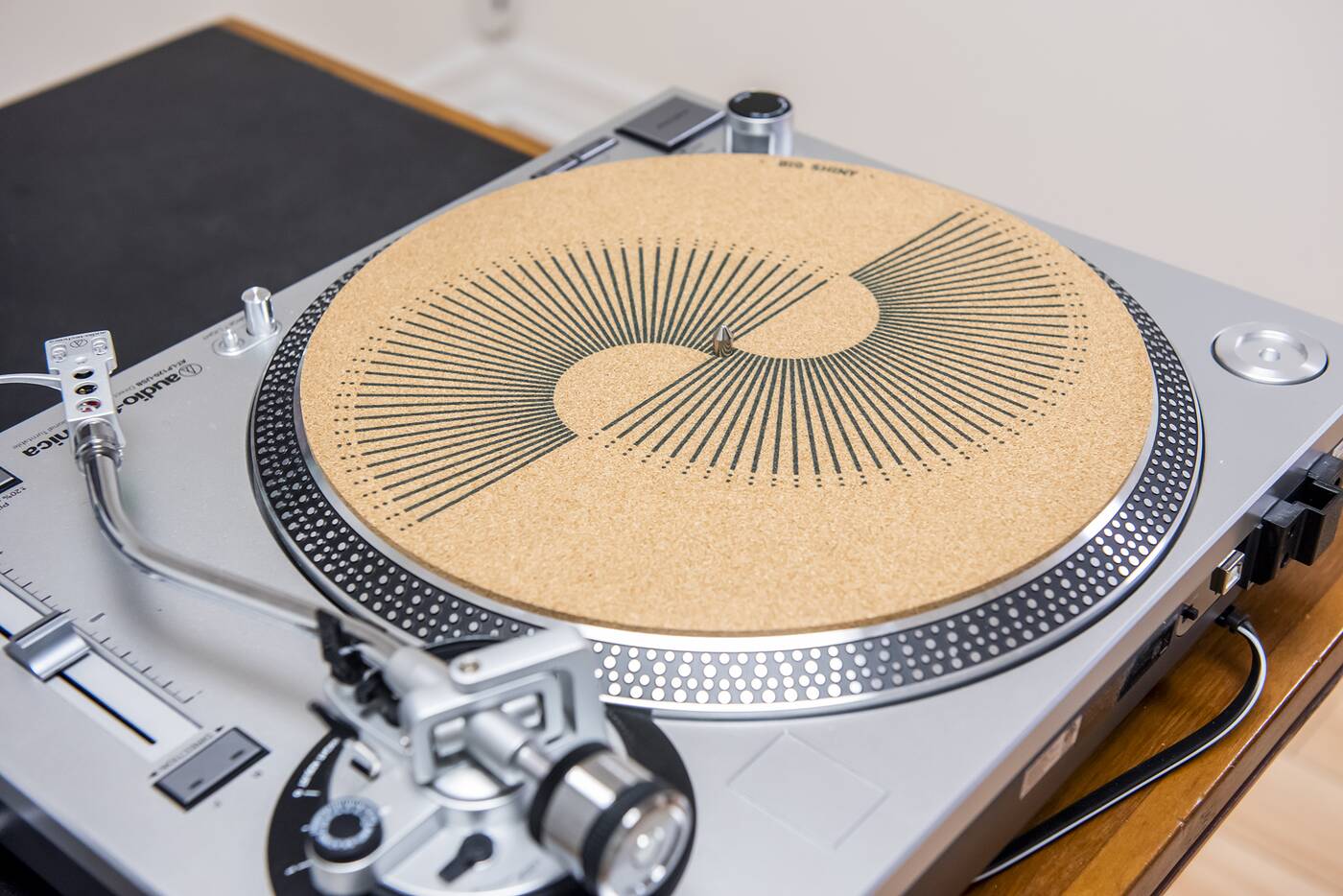 They also sell their own slipmats ($30) made out of 100 per cent pure cork and printed with their own custom design in water soluble ink. 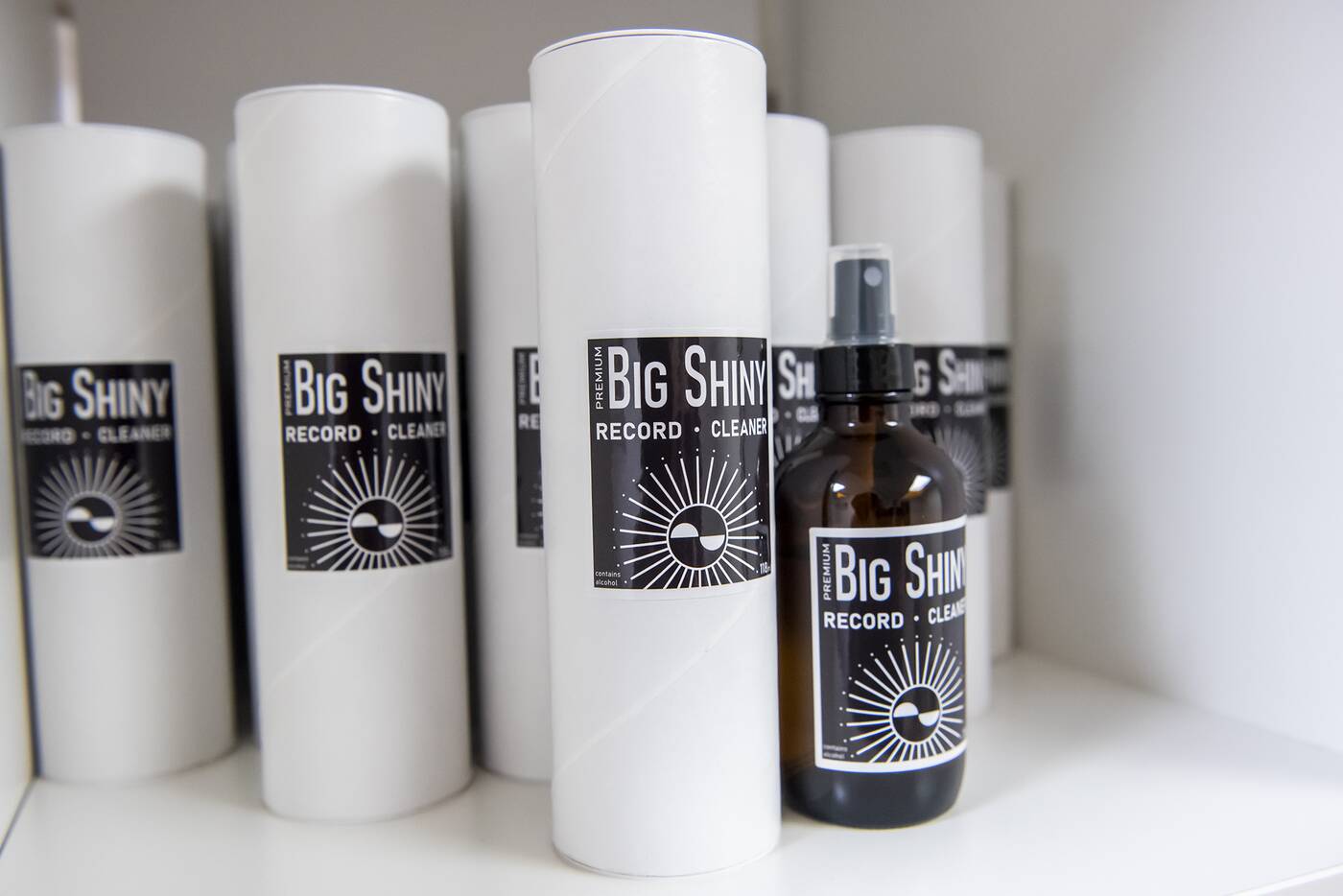 They sell their own record cleaner too ($20), and you can bundle it with the slipmat to get both for $40. 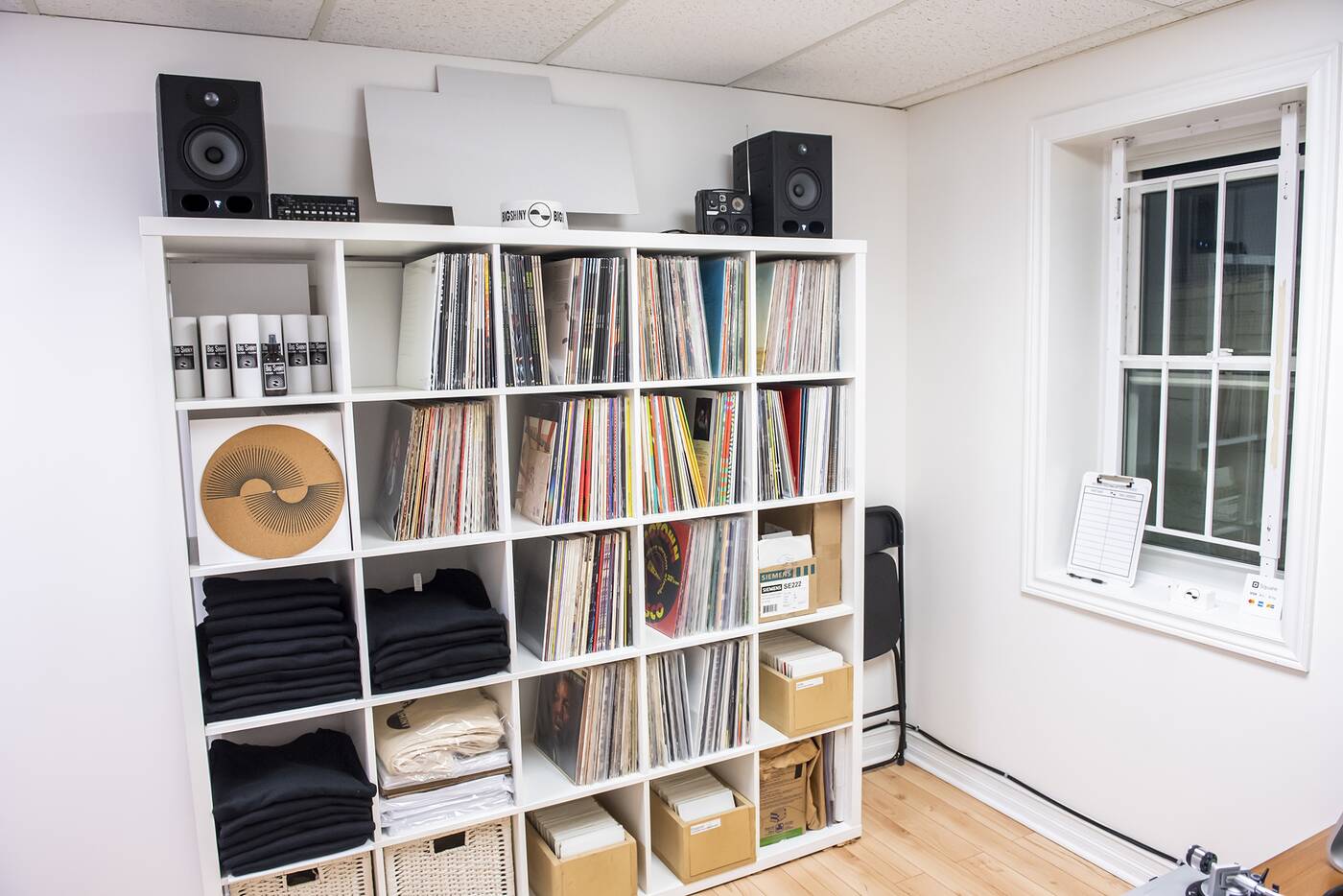 The record store is owned and operated by husband and wife team Andrea and John Shevlen, who built the entire website and catalogue completely from scratch. 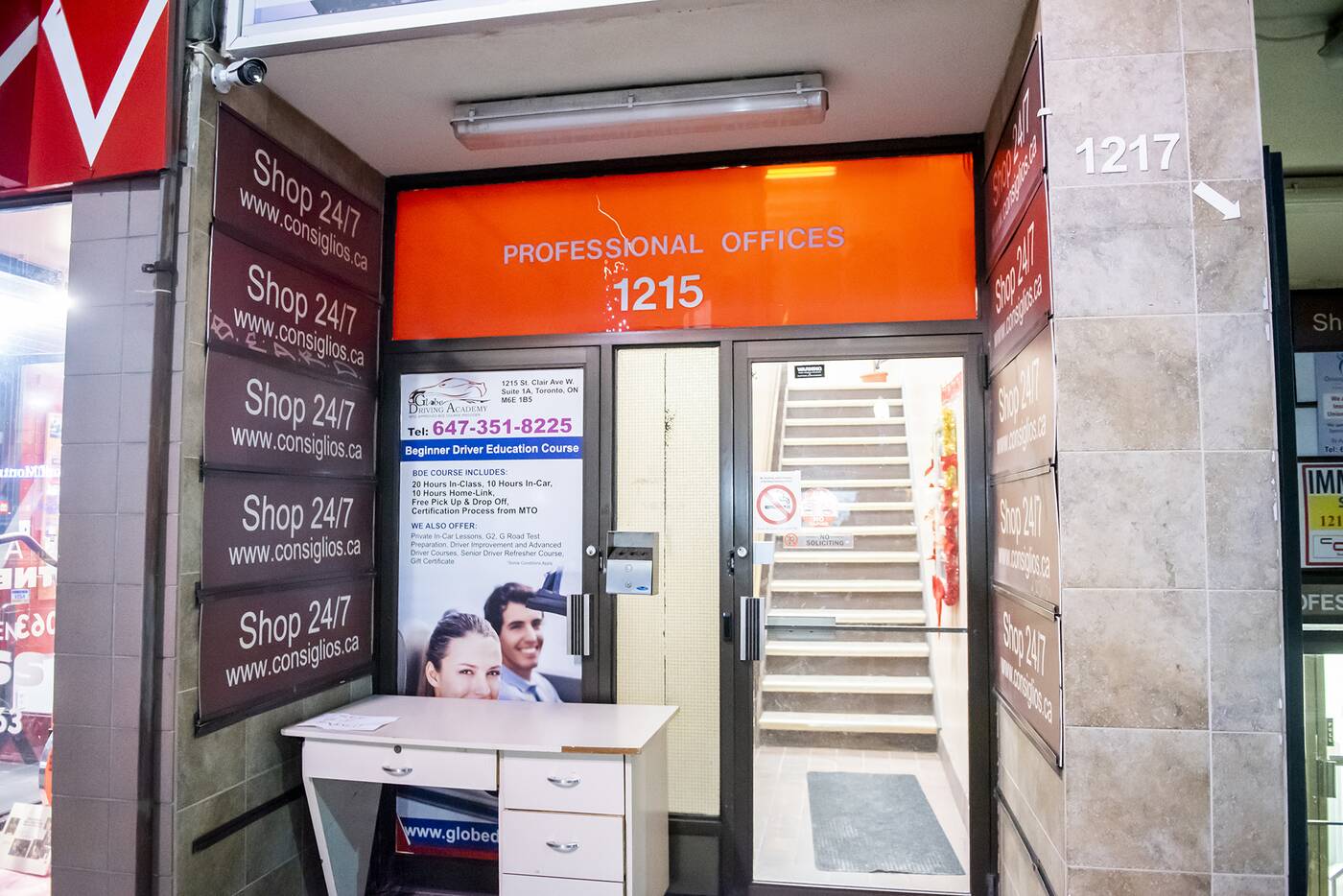