Tonality Records, a staunchly indie record store, is nestled between Mojo Cycles and a vet clinic on Dundas West near Roncesvalles . And now just down the street from a newly relocated LP's LPs at the corner of Roncesvalles and Dundas.

"My plan was to get my diploma for classical piano at the Royal Conservatory of Music," he explains, sitting behind Tonality's check-out counter. "I realized that classical piano wasn't a career choice I was willing to make. But I still wanted music to be a big part of my life." 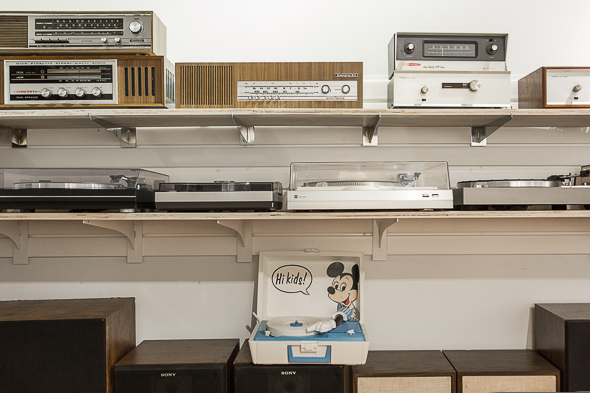 It was a jazz record that hooked Julian on vinyl years prior: Time Out by The Dave Brubeck Quartet, specifically. He then, as a young teenager, discovered Toronto's vinyl go-to Rotate This followed by Grasshopper Records , and a new world presented itself. 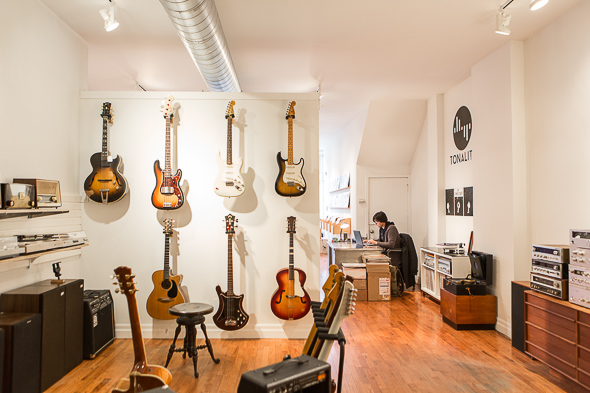 The interior of the specialty shop is marked by a clean and minimalist aesthetic fused with antique fixings. In the front you'll find wooden bins of records curated by indie labels, not artists or genres. Independent labels like Graveface , Jigsaw Records , Tough Love Records , Polyvinyl Records and Toronto's Last Gang Records (home of Metric, Death From Above 1979, and the now-defunct Crystal Castles). 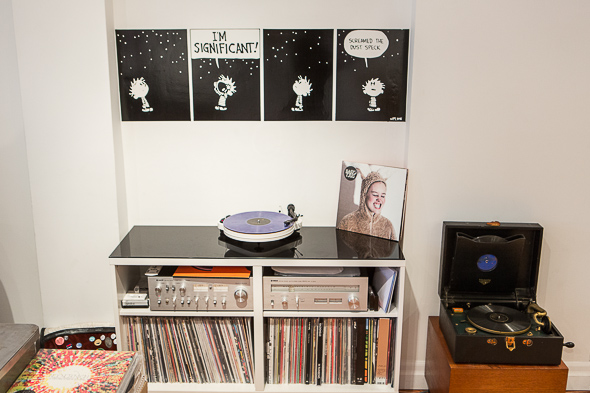 "Everyone [at the record labels] has been really friendly, and it's incredible how open people are to this new idea that I'm working with."

The concept behind showcasing records by label is for customers to discover new bands by association (in essence, it's a meet up for labelmates). You'll find artists like The Zebras, Girl Names, Bear Mountain, Braids, Tape Waves, Islands and Of Montreal. 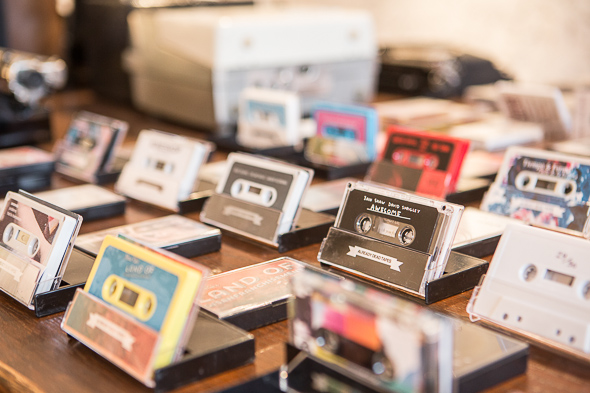 In the front, there's also a selection of limited tape cassettes, a handful of typewriters (some dandy Remingtons and Smith-Coronas) and vintage radios. In the back, there are a number of mint condition record players, amps and speakers. Then there's a set of about a dozen "boutique guitars" with some Fenders and a beauty 1951 Gibson ES-175 with a $5,200 price tag hanging from its neck. 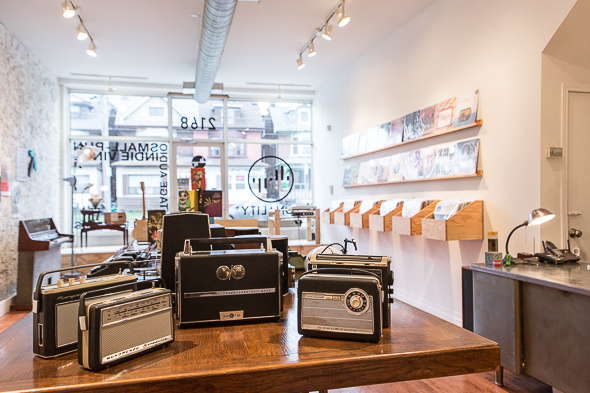 "It's more of a mashup of my favourite things," says Julian.

Only a week in and three customers are leafing through records while Julian and I chat. He's cordial, passionate and wildly knowledgeable about independent and small run presses. I guess it's his job, after all.

"Hopefully people respond positively to what we're doing, and hopefully we can continue to promote independent artists and labels." 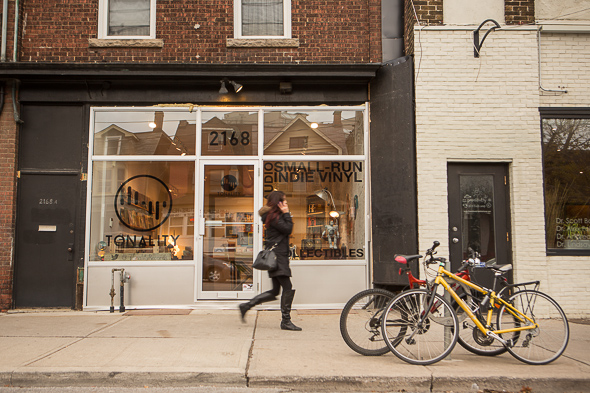