Tiny Record Shop sells new, used and vintage records out of the back of eco-focused Token gift shop.

The pair of businesses started out sharing a space across the street from this location, which was much smaller than the original. 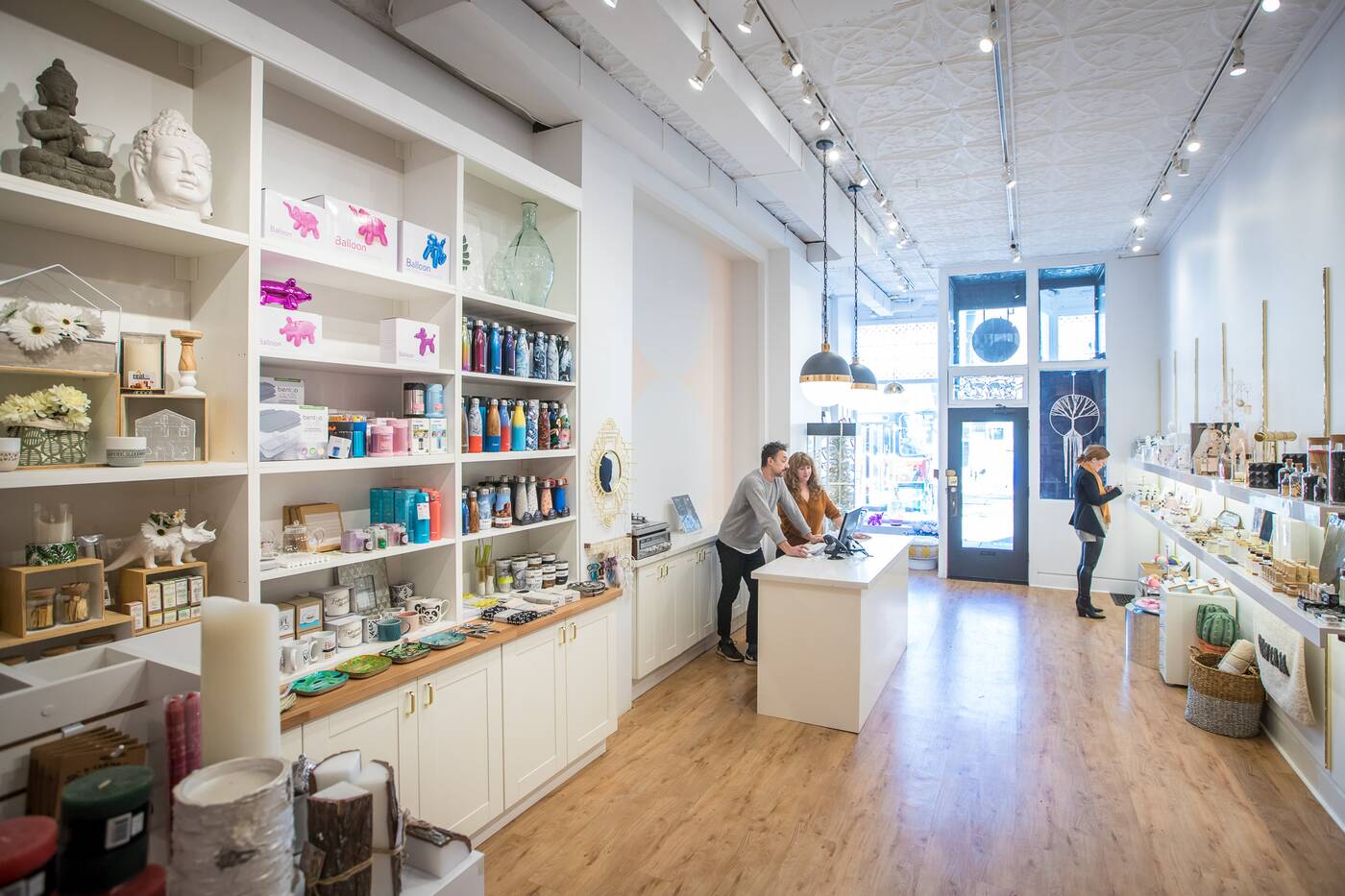 Store-within-a-store Tiny Record Shop is now about three times bigger and twice as tall as it used to be. Design of the record shop space by Richard Perri incorporates Baltic birch and walnut, swooping shelves reaching to the ceiling for better display than ever of the carefully curated stock.

Central storage is modular in order to create a space for performances, mostly new records in this zone. Vintage vinyl can be found around the outer edge, soul, jazz, metal, 90s hip hop and indie all specialties with their own dedicated section. 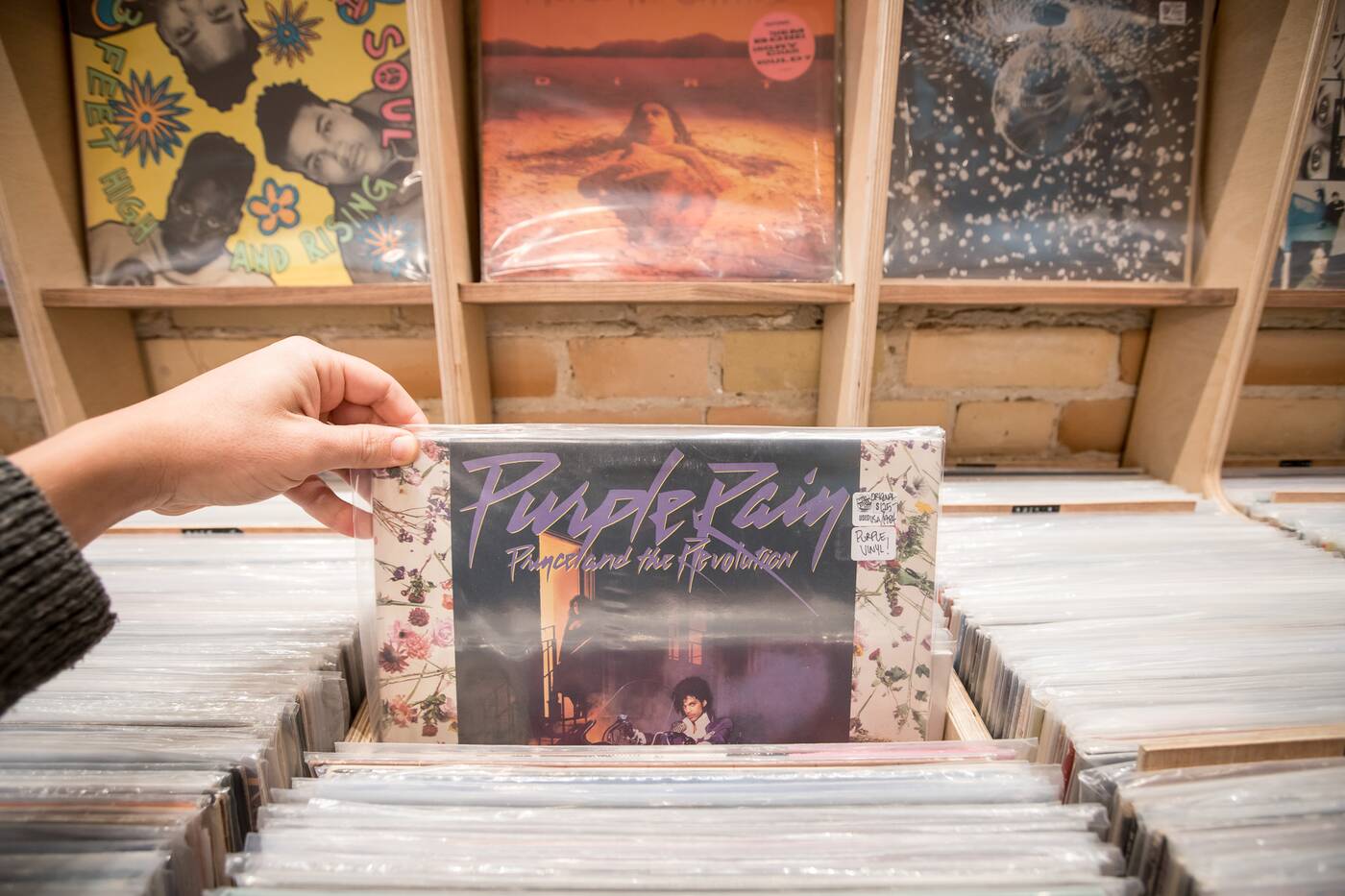 The curved shelving allows for better display than before of themes and genres that the vinyl inventory can be loosely grouped around, Tiny Record Shop known for their “theme weeks,” based around concepts like soundtracks.

The stock is curated by Trevor Larocque of Paper Bag Records, the shop originally a project just intended to offload part of a massive personal record collection. Rare finds have been hunted down around the globe in places like Germany and the UK, though Tiny Record Shop is especially notable for a solid collection of rare Japanese pressings. 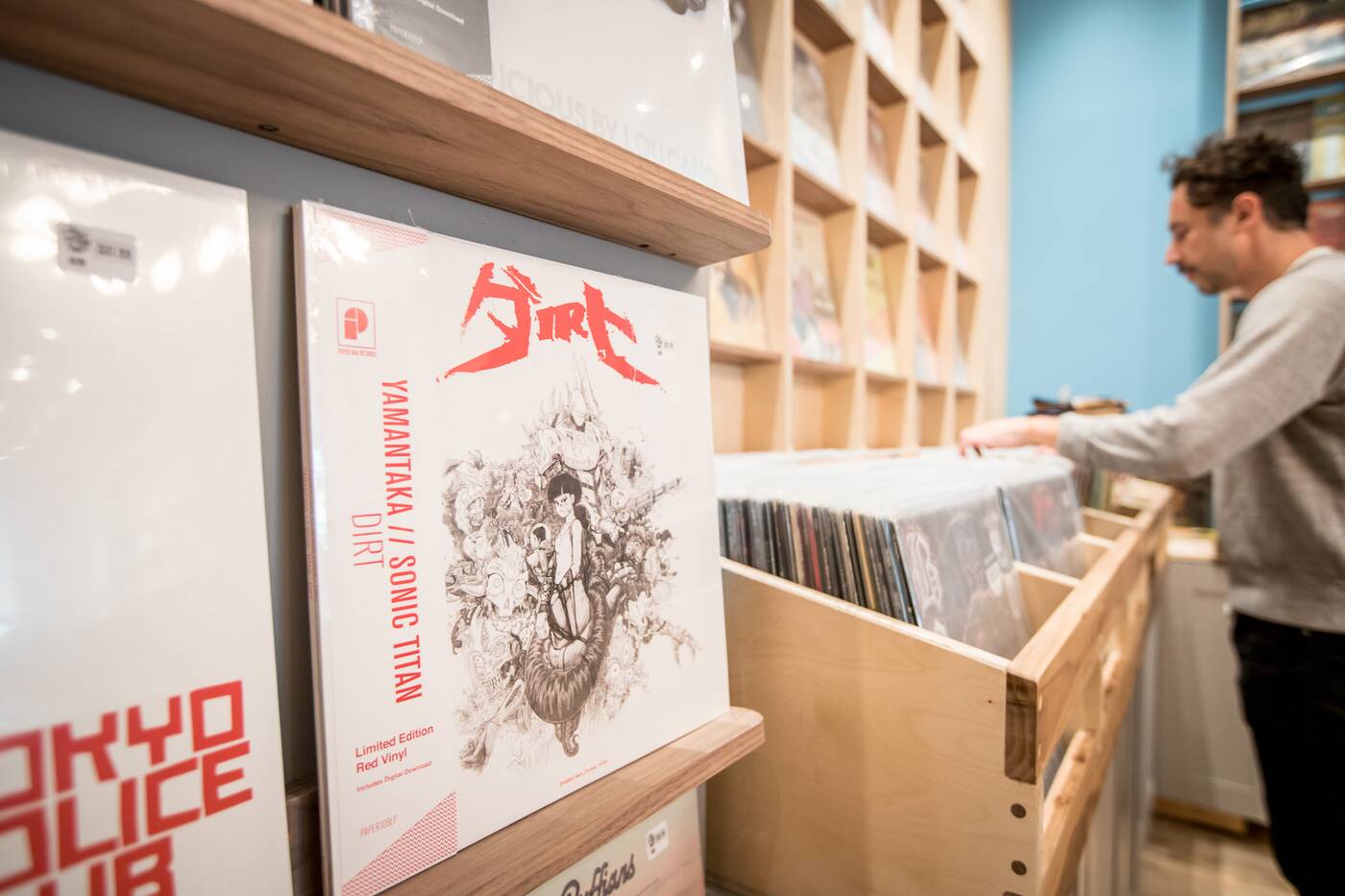 Japanese versions of albums by American bands often come with vintage inserts intended at the time to explain the nature of the music and what the lyrics meant. Larocque has incorporated this practice into new vinyl put out by his own label, Paper Bag Records.

Token curates a stock of gift-type items that encourage litterless living, containing little to no plastic, and most of which have an actual distinct use, unlike a lot of filler products at gift shops that can seem almost instantly disposable. 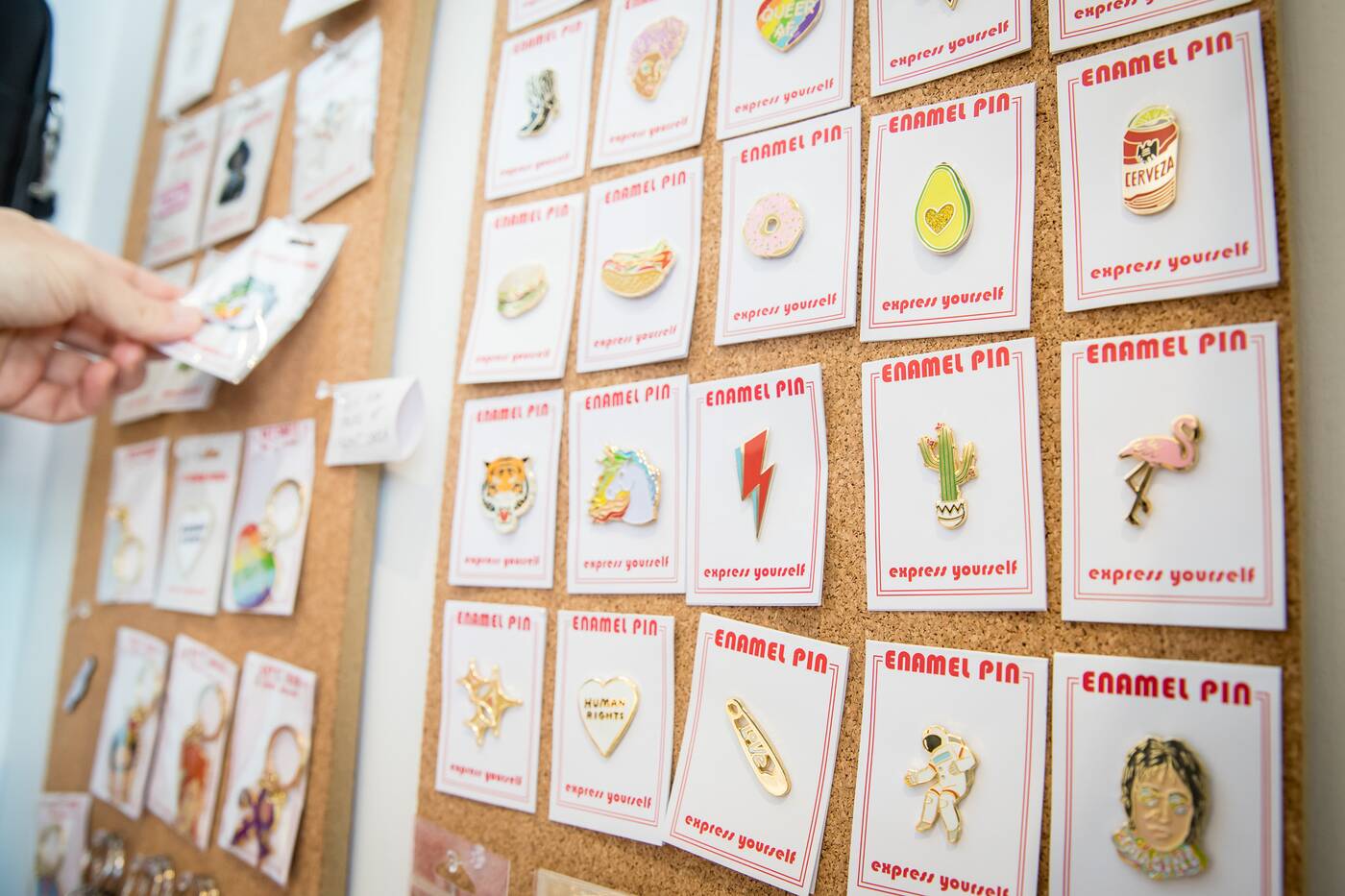 Enamel pins ($14) and patches ($7) from The Found depict cute recognizable images like Mexican beer with a wedge of lime, unicorns, cacti and burgers. 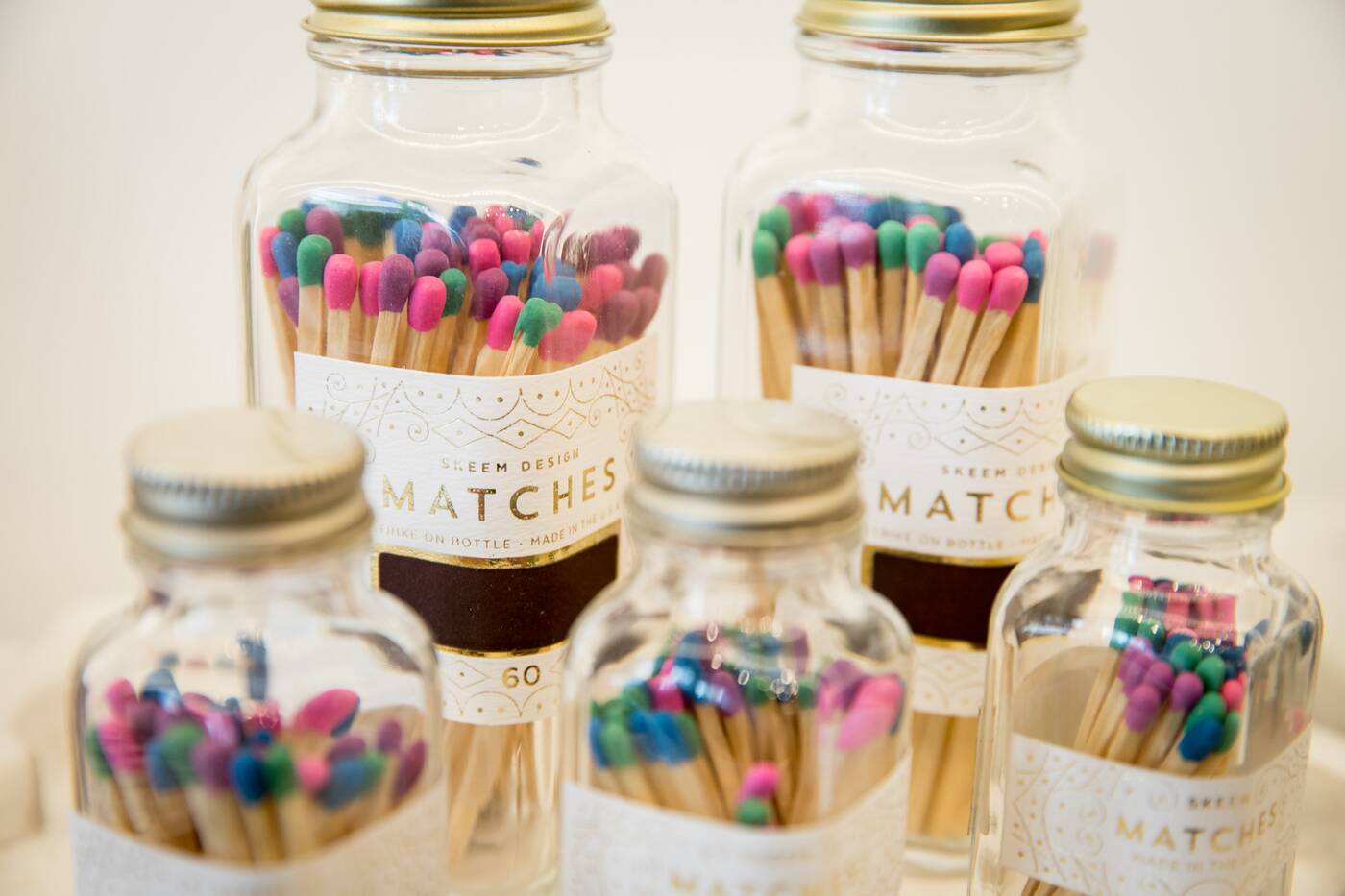 Matches from Skeem Design are designed to be beautiful even when they’re not being used, with colourful tips and packaged in a glass French-square strike-on-bottle match bottle, $17 for a smaller size and $24 for a larger one. 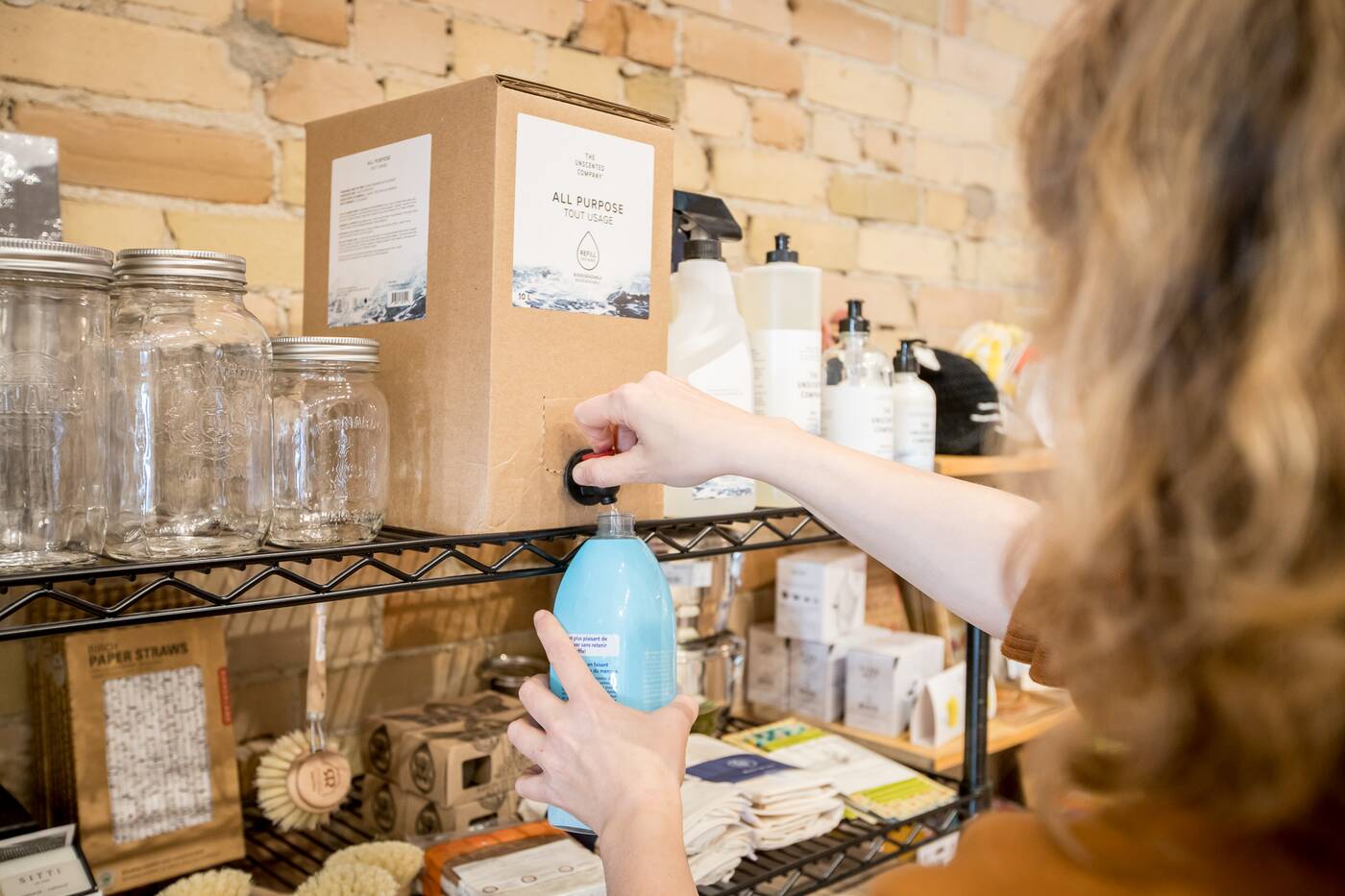 Bring your own clean, empty container in and they’ll determine how much it’ll cost to fill it yourself with products like unscented shampoo or conditioner ($2.90/100mL) from Carina, or dish soap (80 cents/100mL) from The Unscented Company. 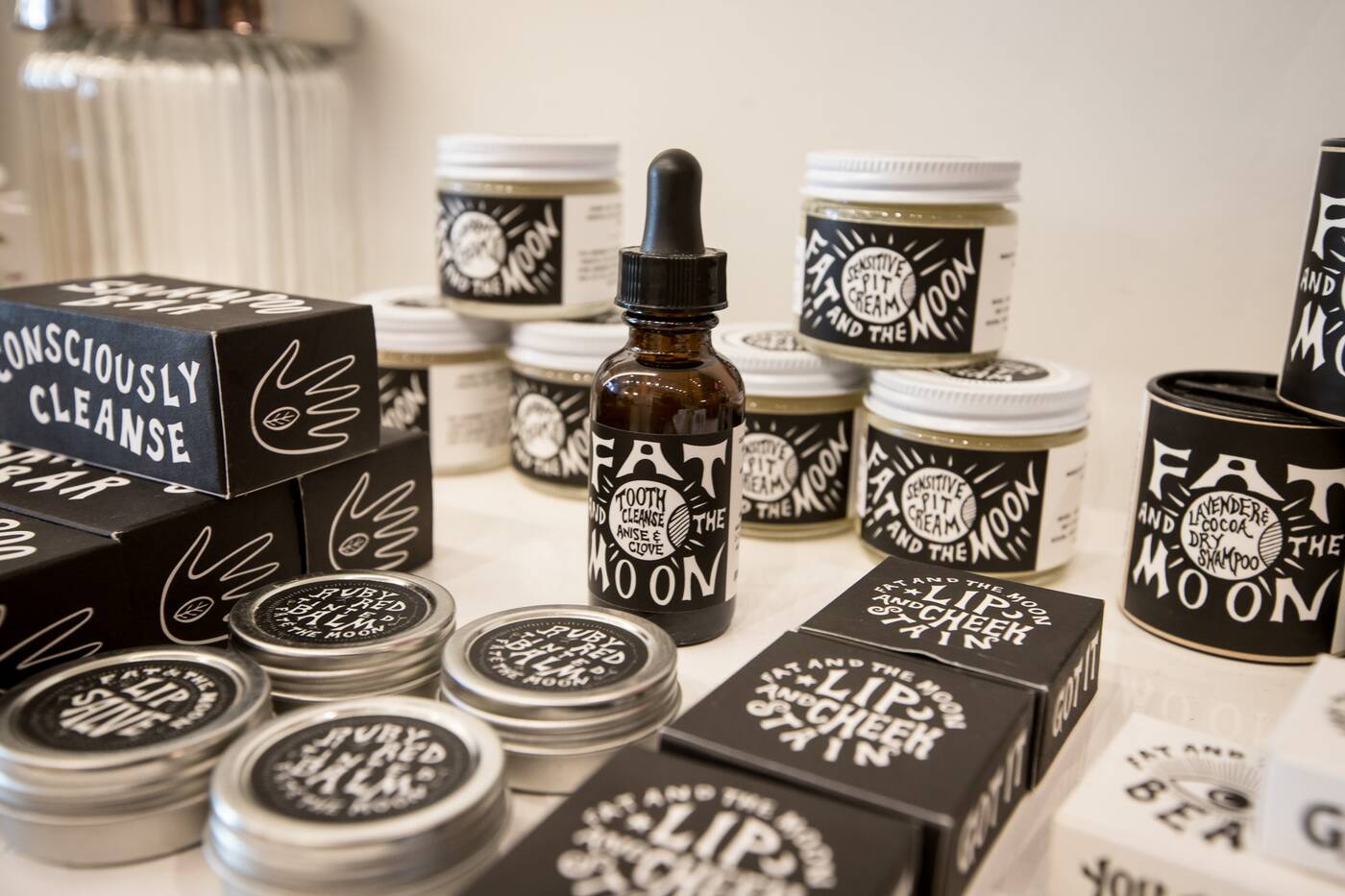 There are more beauty products from Fat and the Moon, Anitako and Ellia. 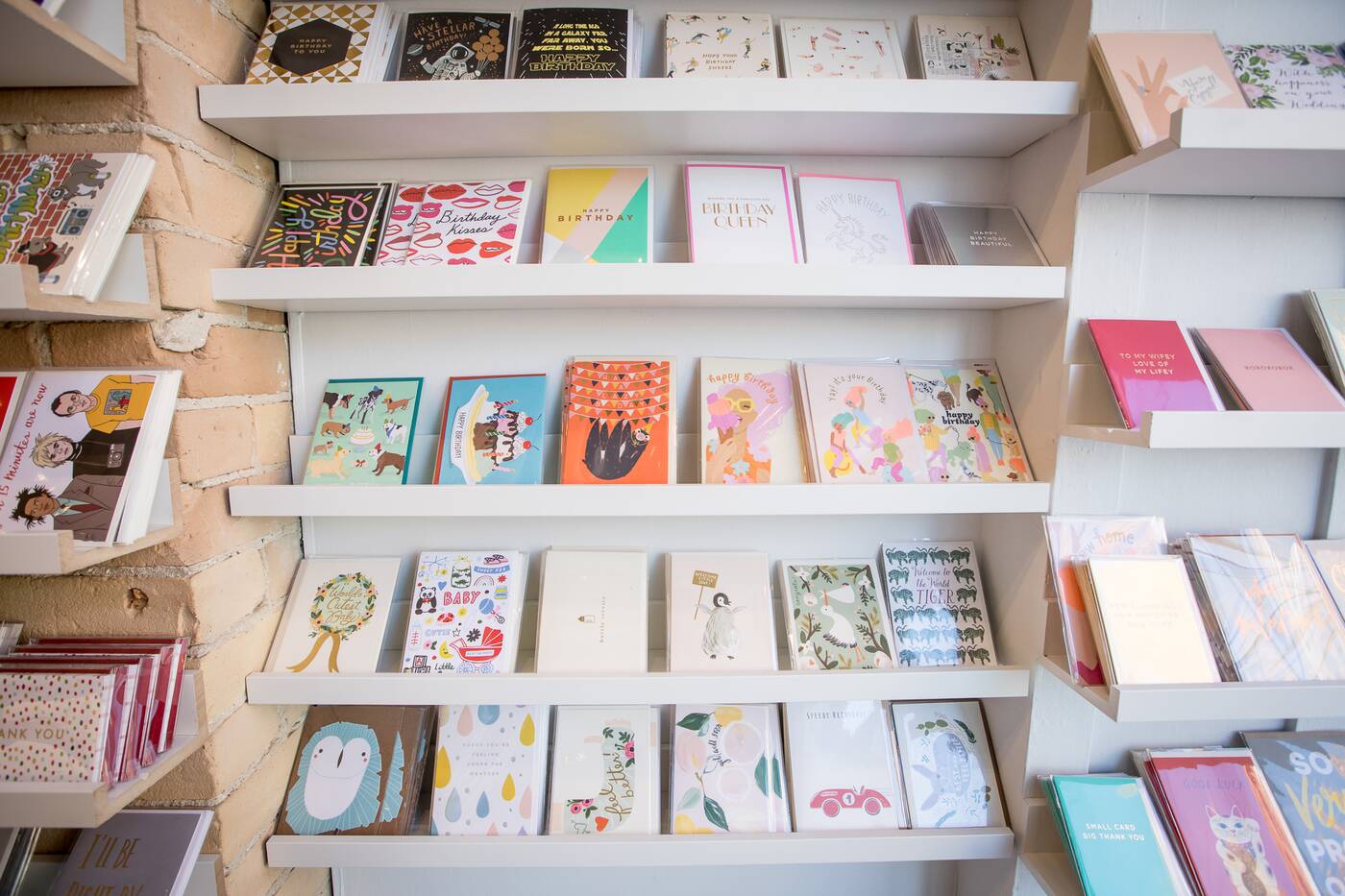 Cards go beyond Hallmark, featuring appearances from the cast of Broad City and RuPaul’s Drag Race. 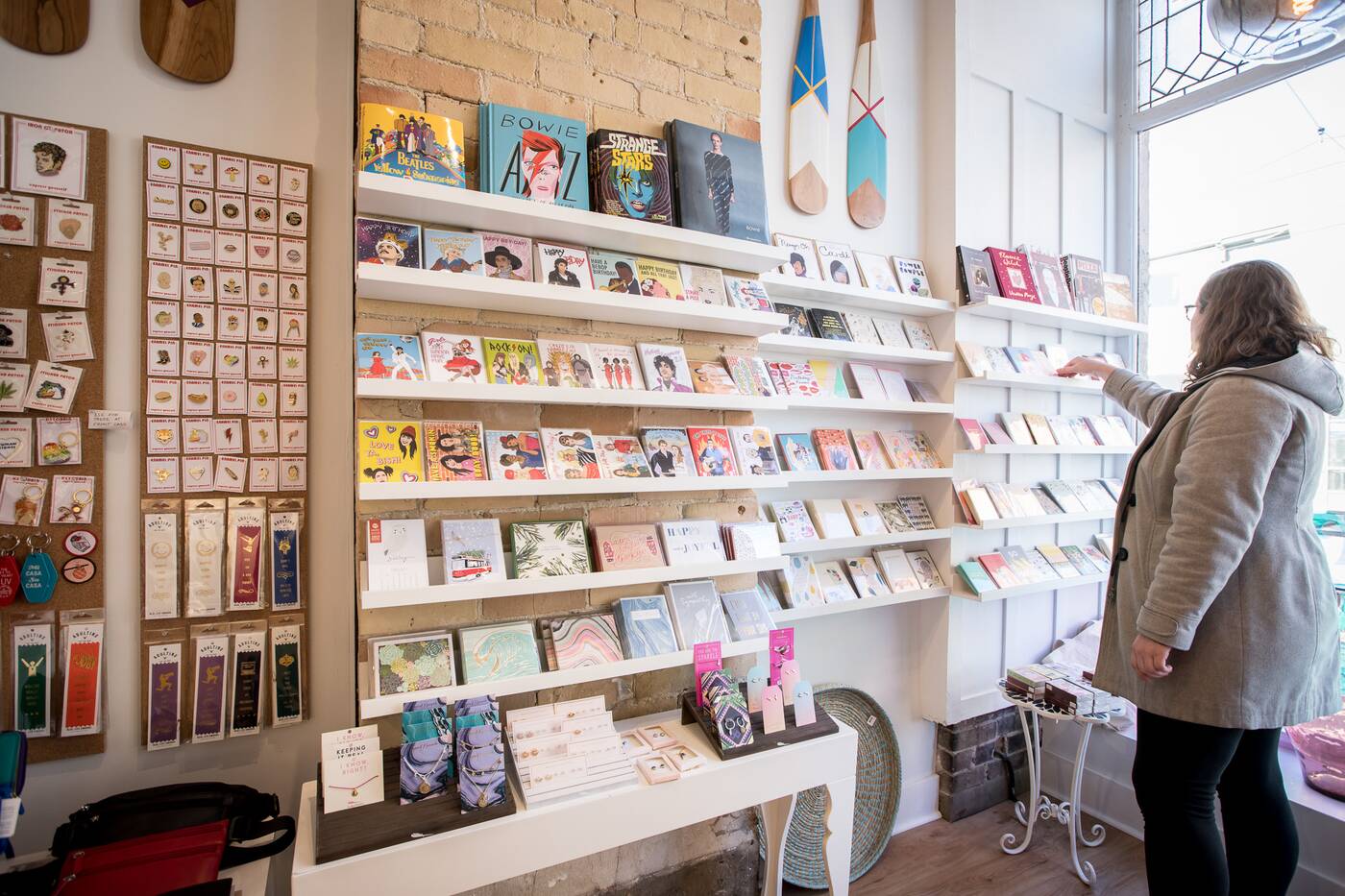 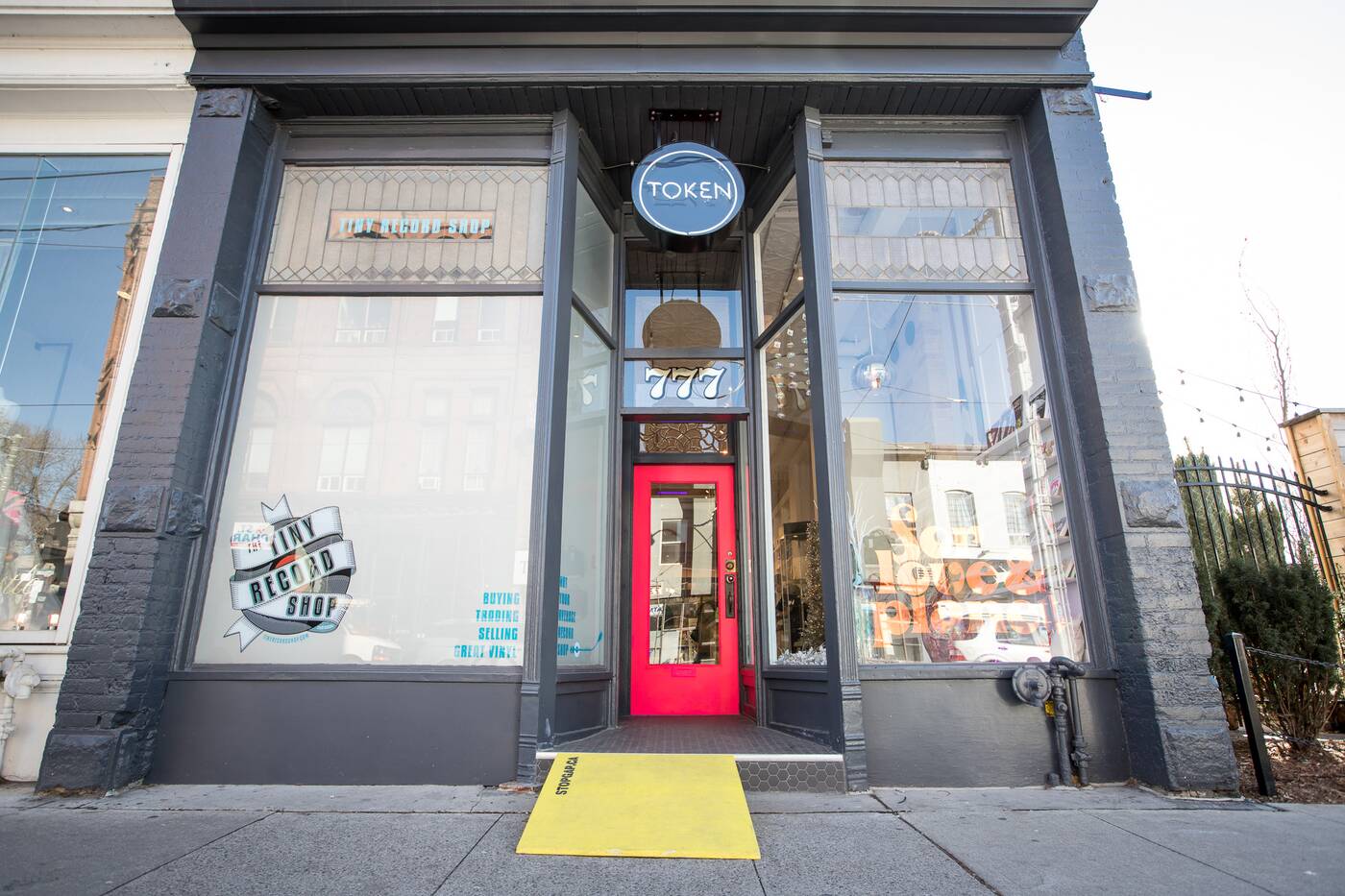