This weekend marks a milestone for one of Toronto's most prolific indie record labels. Paper Bag Records has organized a series of shows to commemorate its 10th anniversary in the music business. The shows were put together entirely using Paper Bag's artist roster--that the lineups feature some of the most interesting Canadian musicians really drives home the great work Paper Bag continues to do. 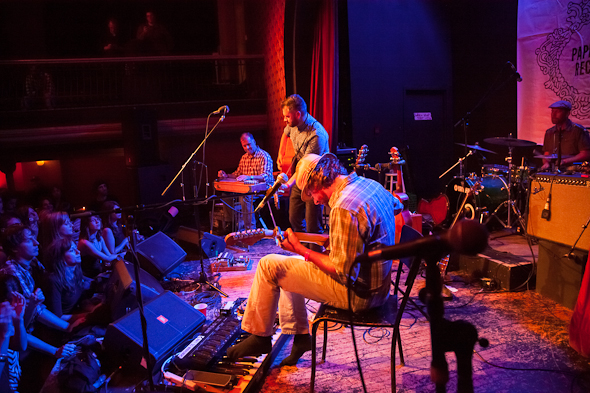 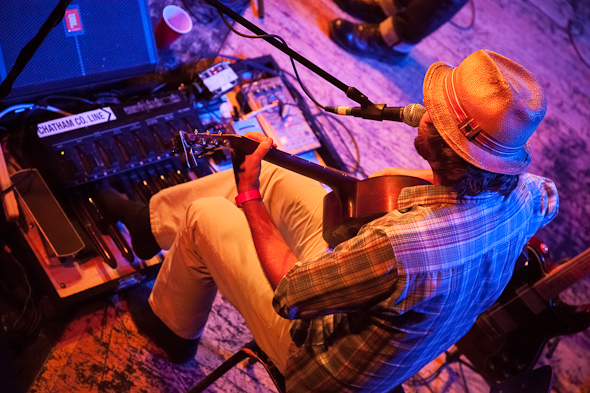 When Elliott Brood went up onstage, it was after midnight, and the crowd was packed, sweaty, and probably more than a little buzzed. Not bad for a Thursday, Paper Bag. The Brood's set mostly consisted of songs from their 2011 record Days Into Years, but they dove into their back catalog for songs like "Johnny Rooke" and they even played a cover of Springsteen's "Old Dan Tucker," for which Mark Sasso strapped on a kazoo.

Actually, their set featured the best did that just happen moment of the night, in which a fan got onstage and proposed to his girlfriend in front of the whole crowd. She said, "Yes." 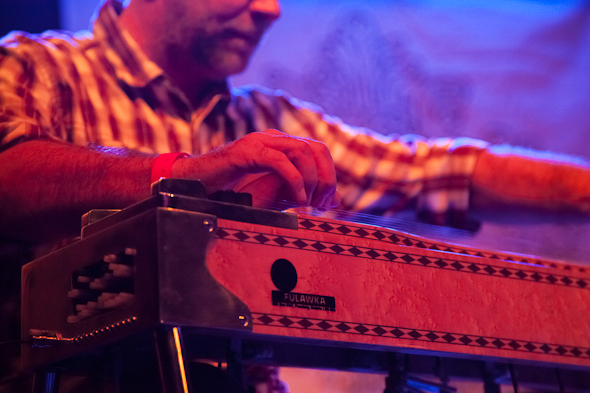 Elliott Brood were joined by a steel player named Bob Egan. With such a stellar resume, it makes sense that his tasteful and unforgettable lead work really brought The Brood's set to the next level, including the best version of "Northern Air" I've heard from the band yet.

By the time Elliott Brood were wrapping up--song after song was introduced as their last, then they'd launch into another tune, from "Hold You Now," to "The Valley Town," to "I Miss You Now"--the crowd had begun to thin, but those who remained simply used the extra space to dance. 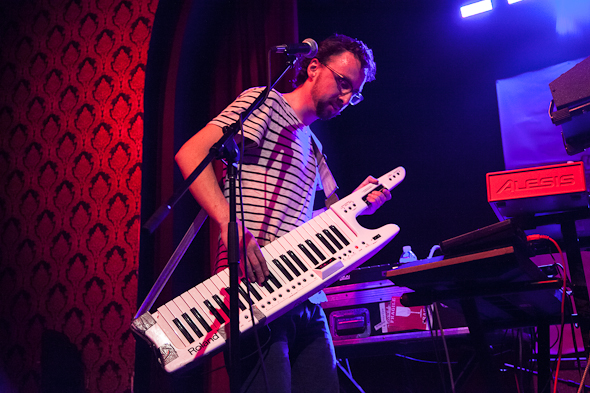 It was a bit of a change from earlier in the night. The show started hours and hours earlier with Luke Lalonde of Born Ruffians playing a solo set. The Acorn helped to invigorate the audience with a high energy set of guitar-riffing indie rock. I was very impressed with The Acorn, but totally blown away by Woodhands, who followed them. 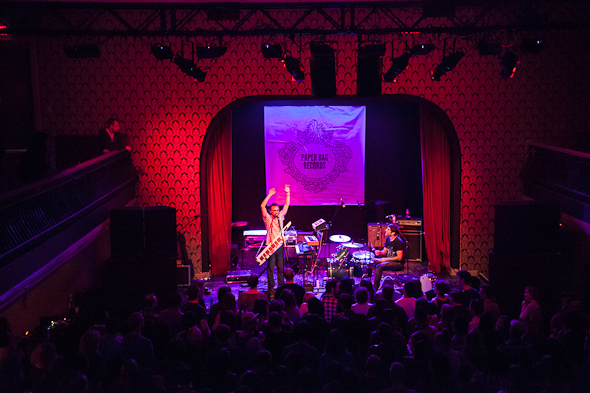 Woodhands showcased a bunch of new material, as well as playing some of their more well-known tracks. Singer/keytarist Dan Werb and drummer Paul Banwatt played a set that can only be described as vicious, culminating in Banwatt taking on (in falsetto) the vocals to "Dancer," originally recorded by Maylee Todd. 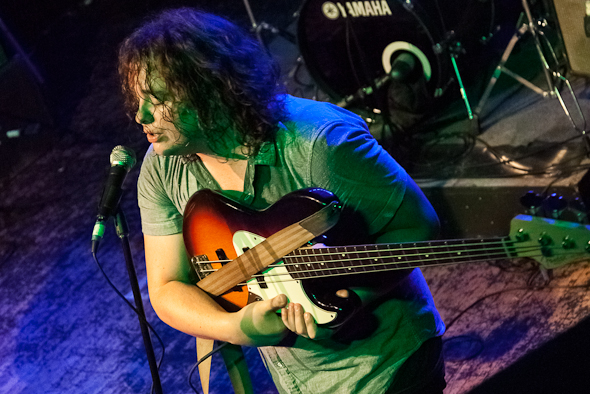 Born Ruffians followed Woodhands, and were obviously a crowd favorite--the audience jostled as people danced their way to the front, singing along loudly with songs like "What To Say" and "I Need A Life."

Born Ruffians played a few new songs--snaky guitar hooks, long melodies and Lalonde's unique voice shining through--and ended their set with "Kurt Vonnegut," which got an even bigger response than I think they were prepared for. 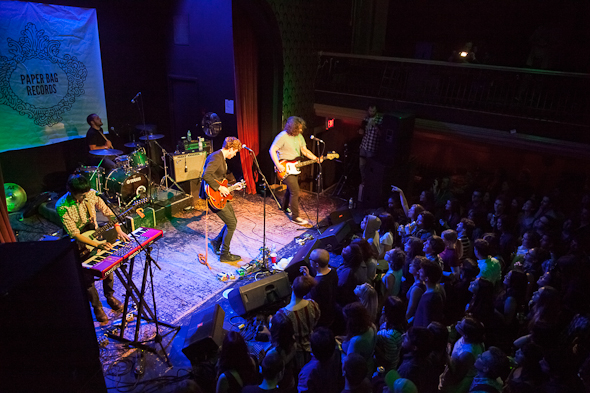 Friday's show has sold out online, but tickets are still available at the door and at Soundscapes & Rotate This for Saturday. With packed stages like these, doors are early--make sure you're around when they open at 8 each night. And, of course, congratulations to the happy couple. 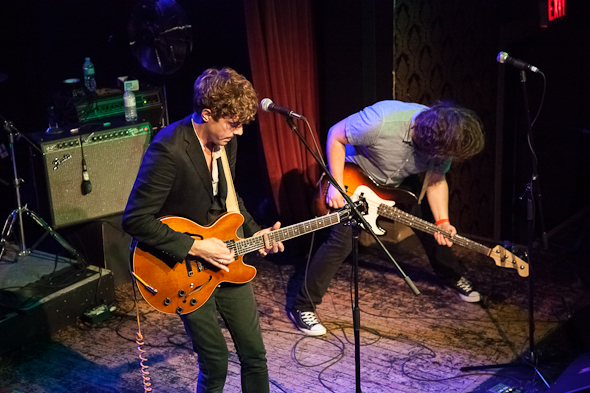 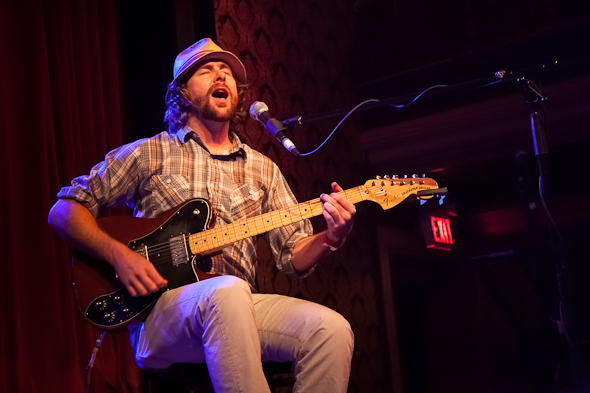 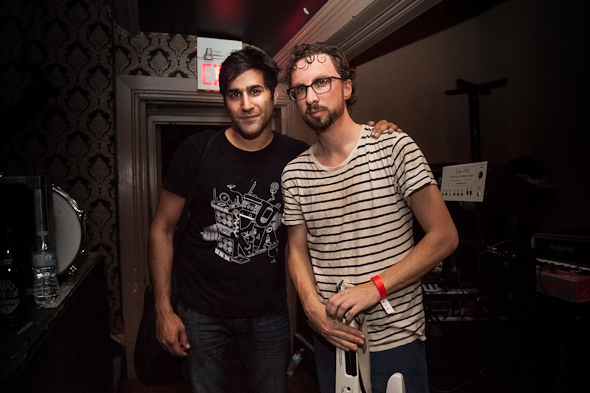 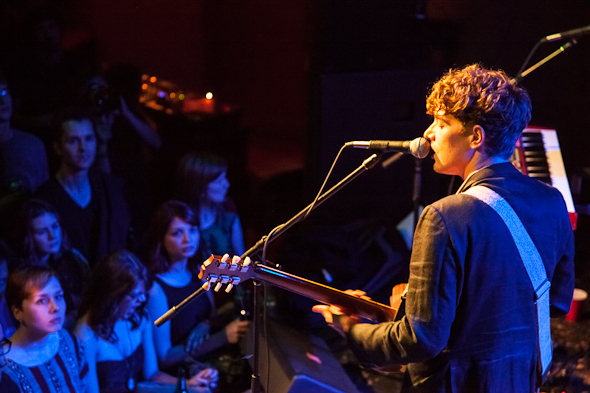 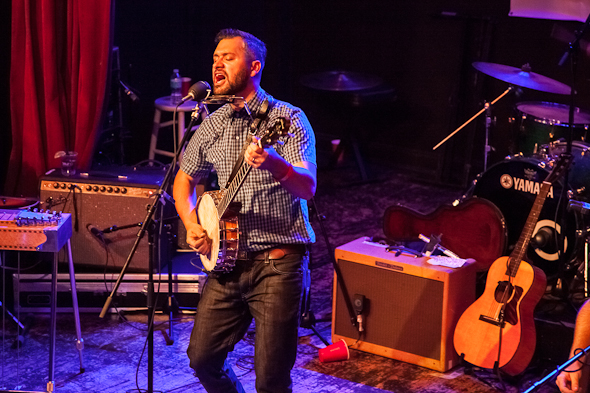