Rotate This on West Queen West has been a constant favourite of Toronto's music lovers for over two decades. Honest Ed's is on the way out , condos are popping up like weeds, and every winter seems to be colder than the last; the only thing you can seem to count on today is the casual dependability of Rotate This, whose reign as a Toronto vinyl institution eclipsed that of Sam The Record Man years ago, and may only be rivalled by the mighty Sonic Boom .

The shop enjoys landmark status as Queen West's most notorious record store, particularly for out-of-towners and visiting bands. Owner Pierre Hallett (who also operates Violet Hill Wine Imports ) and manager Brian Taylor (formerly of Toronto hardcore legends Youth Youth Youth), impart a shamanistic (and at times intimidating) presence over the shelves. However, through their combined intuitiveness and vast musical knowledge, they've kept Rotate This going for over 20 years (despite their takeaway bags' claim of "proudly serving Toronto's music needs since 1924"). 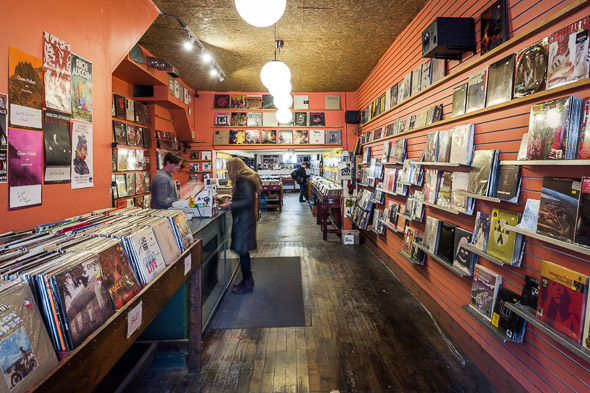 Along with Soundscapes , Rotate This handles the bulk of Toronto's concert ticket sales . Having your ticket sold at the store marks a pretty significant step for any local band. Similarly, they will also take many local releases on consignment, making your dreams of seeing your album on their shelves a reality (although you may have to dig a bit for it). 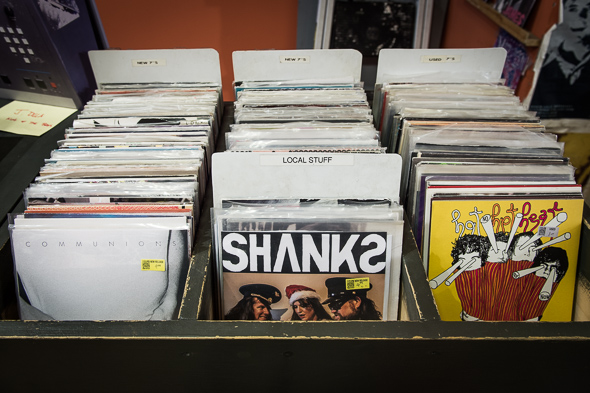 Initially, Rotate This stocked a relatively similar ratio of vinyl to CDs. However, with the recent boom in vinyl popularity (and subsequently, sales), Hallett has pretty much phased out jewel cases in favour of an expanded wing of record shelves. Regulars know to check their New Releases section for one of Toronto's most encompassing array of new albums and esoteric reissues. Alternatively, Rotate This has a high turnover rate of used records, making routine visits a must for those on the hunt for vintage wax. 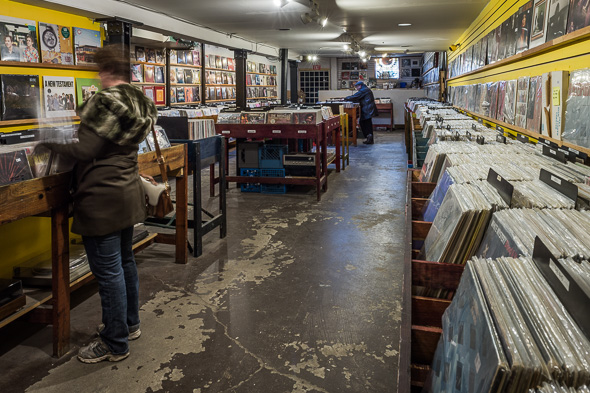 Rotate This has weathered more than just fluctuating interest in the physical music format. In 2008, after a massive fire on Queen Street destroyed many nearby businesses between Bathurst and Portland, the store decided to relocate a few blocks west, into their current home at Queen and Manning. 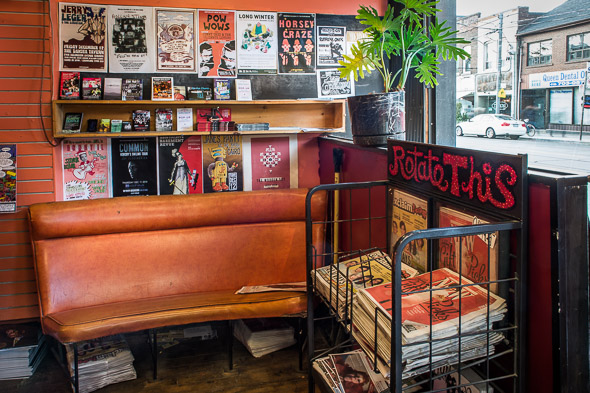 Here, they share their entranceway with the upstairs Eyesore Cinema , opened by owner Daniel Hanna to replace the former Suspect Video location which perished in the fire, proving that physical mediums of entertainment ought to stick together these days. In 2010, they were also friendly neighbours with the late Hits And Misses , which specialized in punk and hardcore releases until unfortunately closing their doors in 2012. 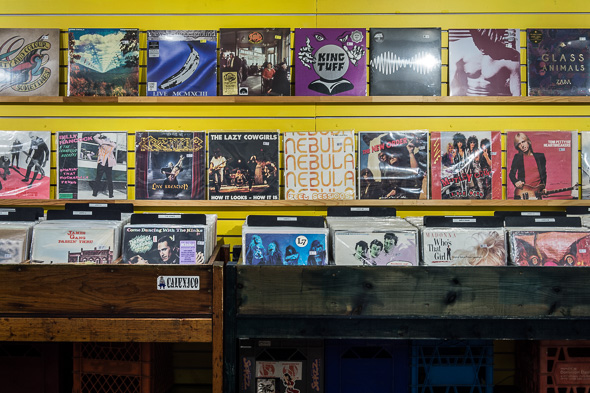 Rotate This has been an influential hub for some of Toronto's now-ubiquitous musical luminaries, such as Broken Social Scene and Fucked Up's Damian Abraham . Despite the fluctuating territory that comes with a business based on selling physical media today, one hopes that the store will be around for many years to come, indoctrinating yet another generation of Toronto's musical underground. 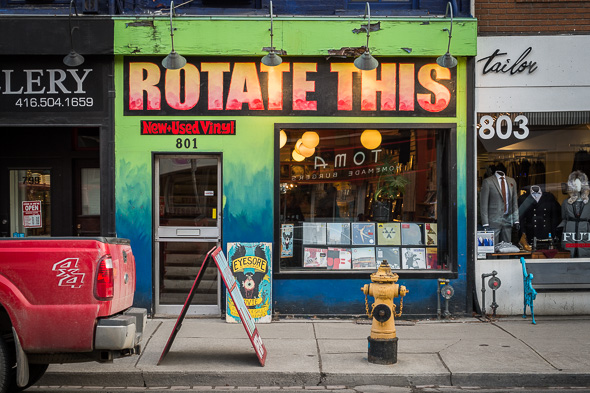