Dead Dog Records might initially confuse you. Staring at the well-stocked, organized, clean space, you'd think the shop had been around for years, hard-pressed to guess it only opened in April.

If something feels familiar about Dead Dog Records, it's because their pedigree comes from another familiar record chain. 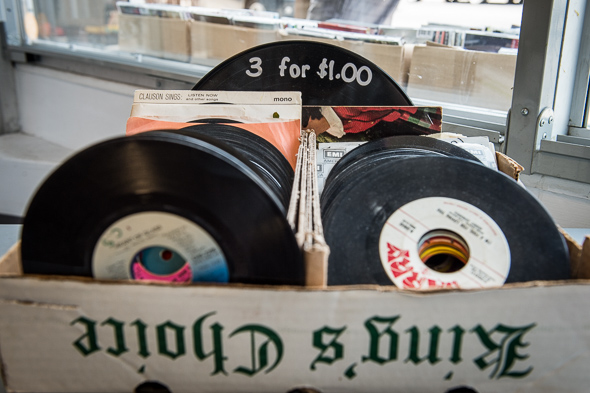 Stephen Yorke worked at various Sunrise Records locations over the course of 33 years, and Maesy Kitching and Kristie Callaghan were full-time employees when the chain closed up shop on Yonge Street last year. 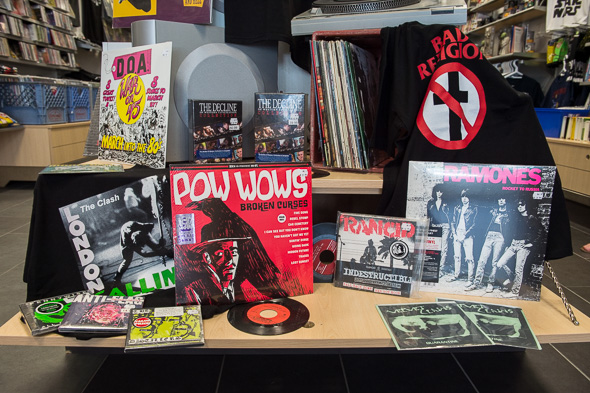 The trio hadn't gotten enough of the music retail business, and banded together to open a new, independent record store. A city-wide search landed them in the up-and-almost-there Bloordale Village after high rent and a lack of real estate prevented them from staying near Sunrise's recently-shuttered Yonge and Bloor location. 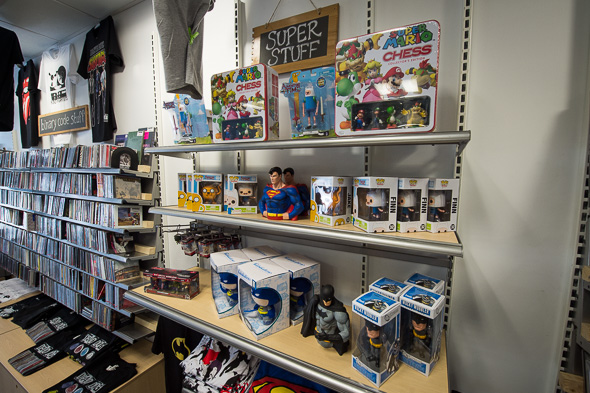 You can't help but notice the attention to merchandising, reminding you of its absence in other stores. But, as Stephen is quick to point out, the focus is on the music.

The inventory is a mix of current and old vinyl, CDs, and DVDs (all three new and used), along with merchandise (t-shirts, toys, turntables) to complement and add some character to the store. 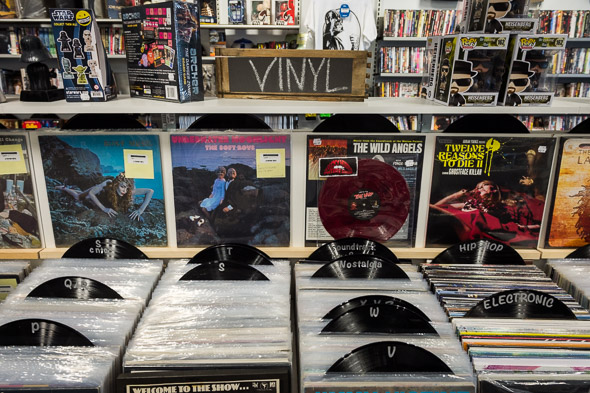 The used vinyl collection started with a 400-piece donation from another ex-Sunrise employee, and they're willing to buy your unwanted music as well. Surprisingly, despite a significant amount of stock, the space doesn't feel cluttered. 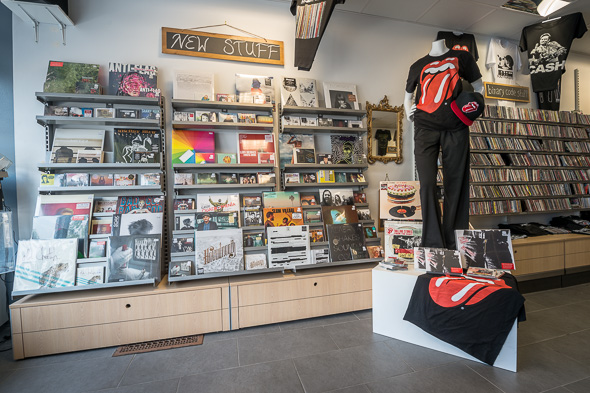 Like all good stores, there's a story behind the name. A customer told them the story of her first job at a dollar store, where a manager ordered hundreds of mechanical dogs that bark and do flips. 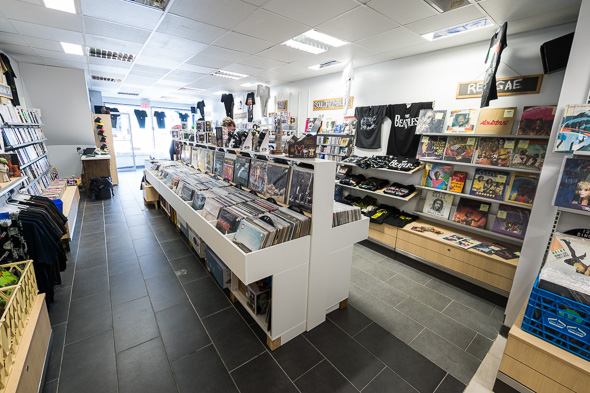 He set them up, went to turn them on, and none of them worked. His employee got out her sharpie, changed the sign to "Dead Dogs, $5" and sold the whole lot of them. Stephen said, "That's a good name for a record store - Dead Dog Records - we'll do things a little differently." 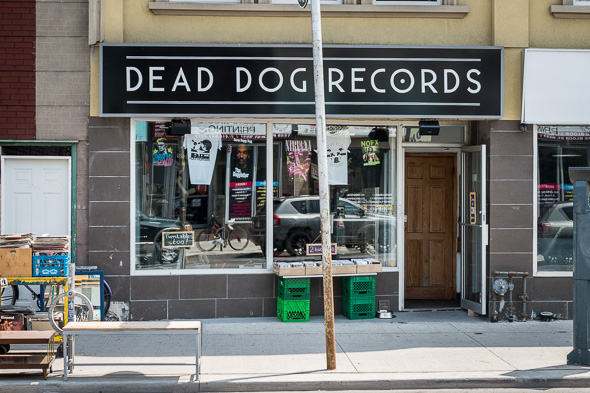