It’s part of a mission to create a miniature vegan oasis in Parkdale that controversially proclaims itself “Vegandale.” 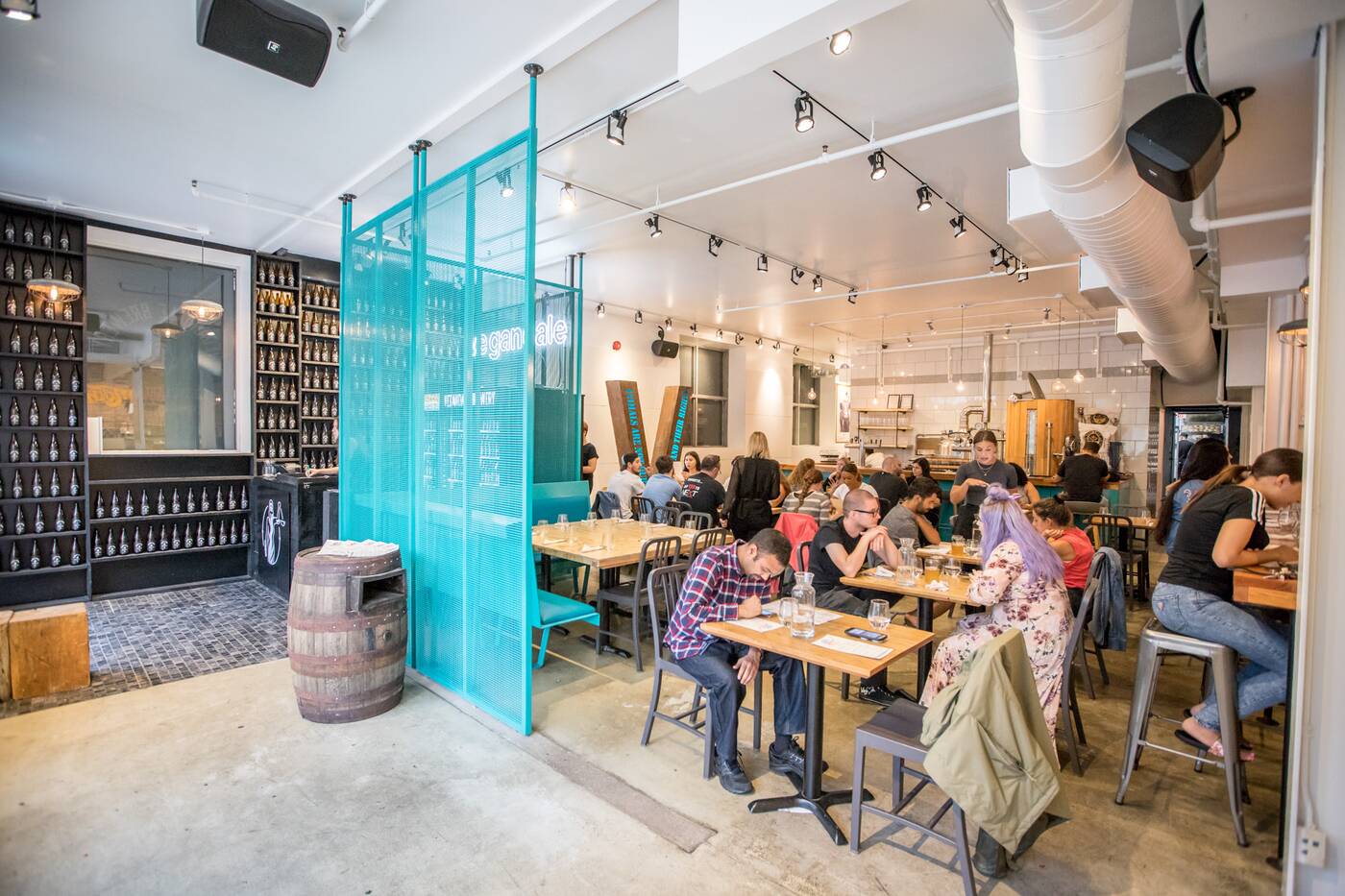 The space used to be home to Duggan’s Brewery, and though Duggan is still behind it using the same equipment, the 100% vegan beers on offer are all totally new. However, you can still order some of Duggan’s classics like the No. 9 IPA and #5 Sorachi Lager. 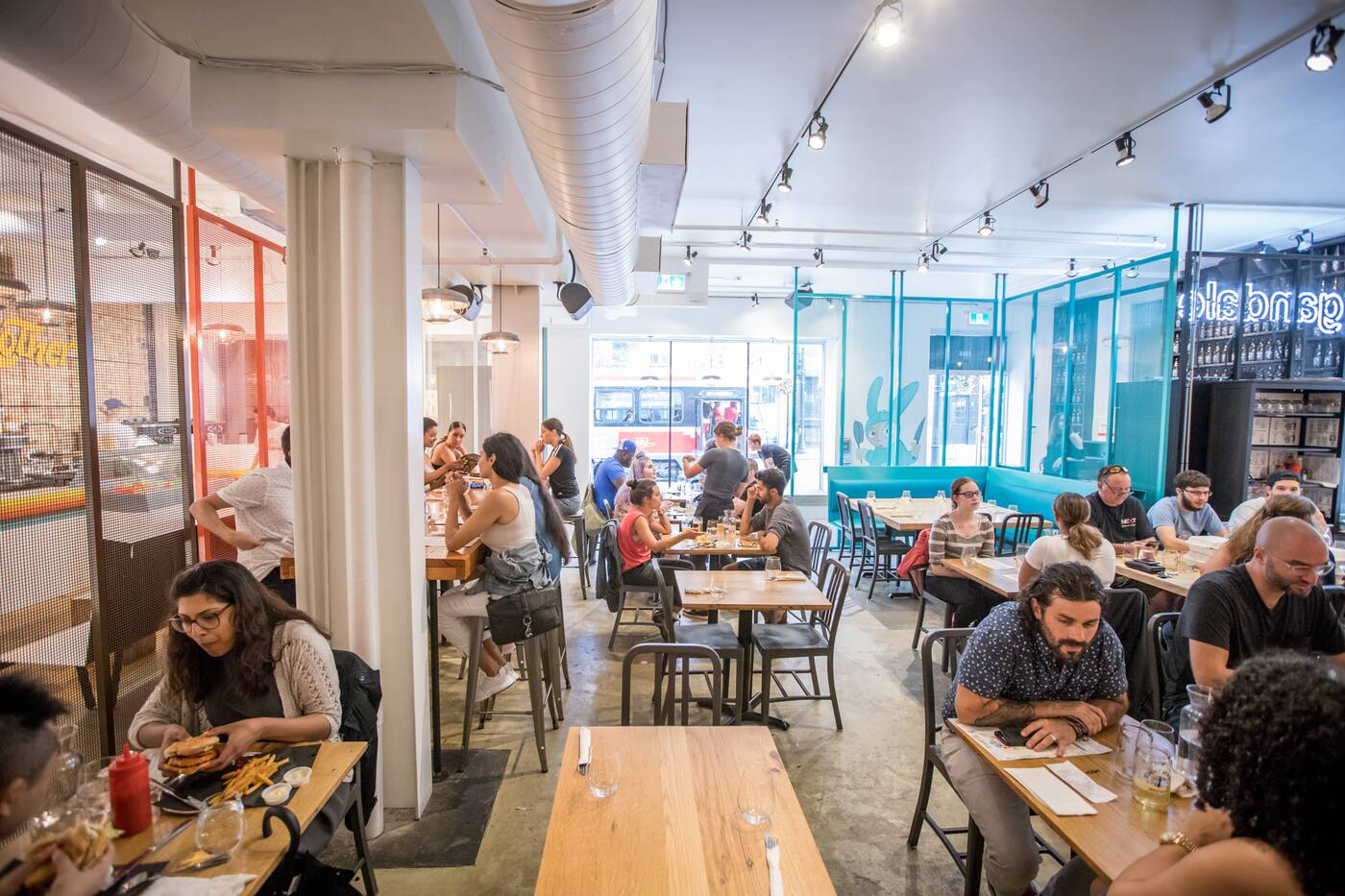 The brewpub now has an added Vegandale touch with lots of industrial metal touches and in-your-face art installation pieces. 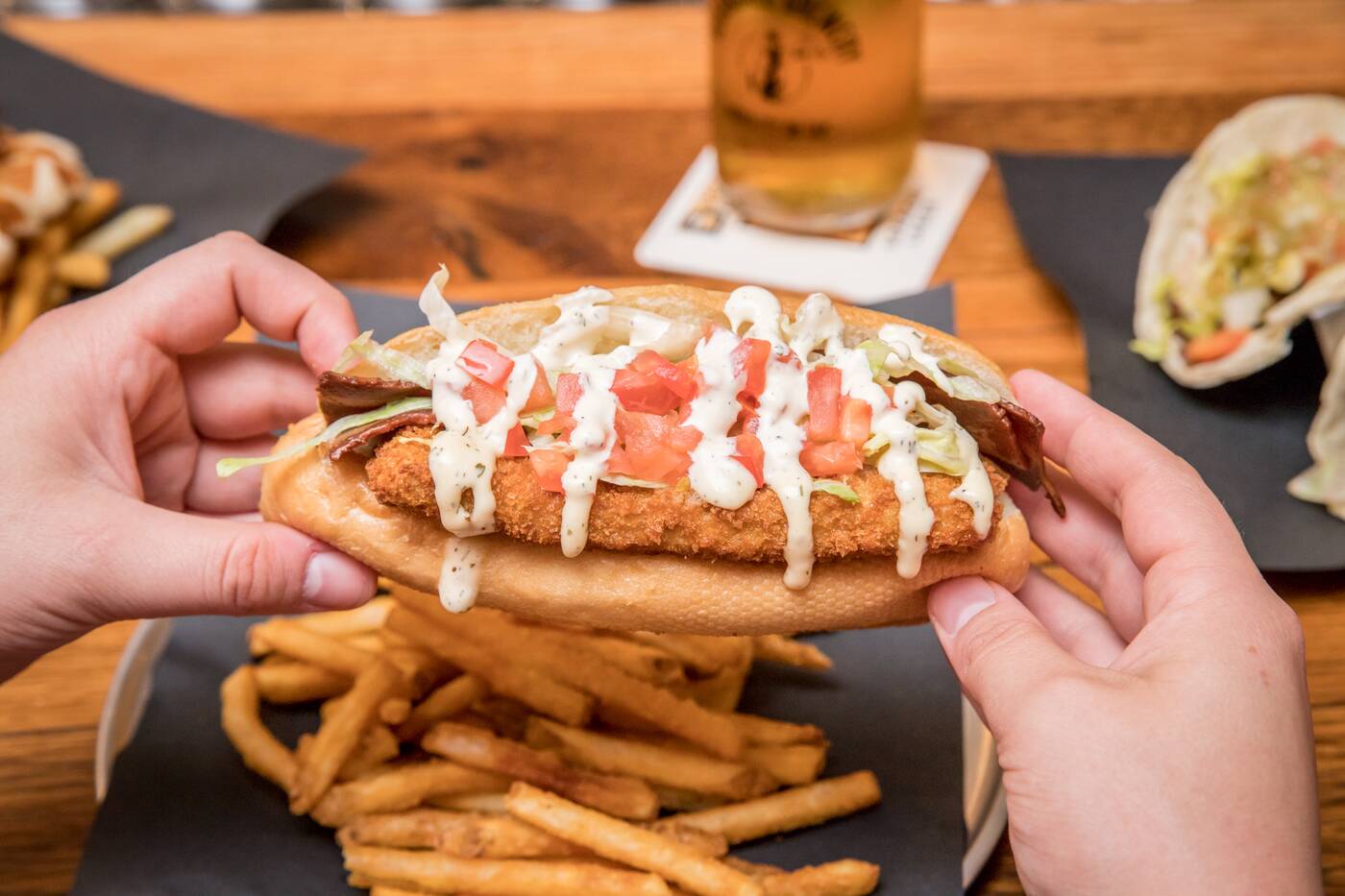 The Chick & Bac & Ranch ($16) is a perfectly acceptable vegan substitute for a fast food chicken-bacon-ranch concoction from anywhere, and I’d probably be hard-pressed to tell the difference between this and a chain competitor if I consumed enough Vegandale beer beforehand.

A thick, crispy-breaded “chicken” patty is soy-based, the faux bacon smokey and crunchy. A decent amount of ranch, some thinly shredded lettuce and finely diced tomato complete the illusion. It's pricier than your average fast food sandwich, probably due to certain vegan ingredients, but hearty and comes with fries. 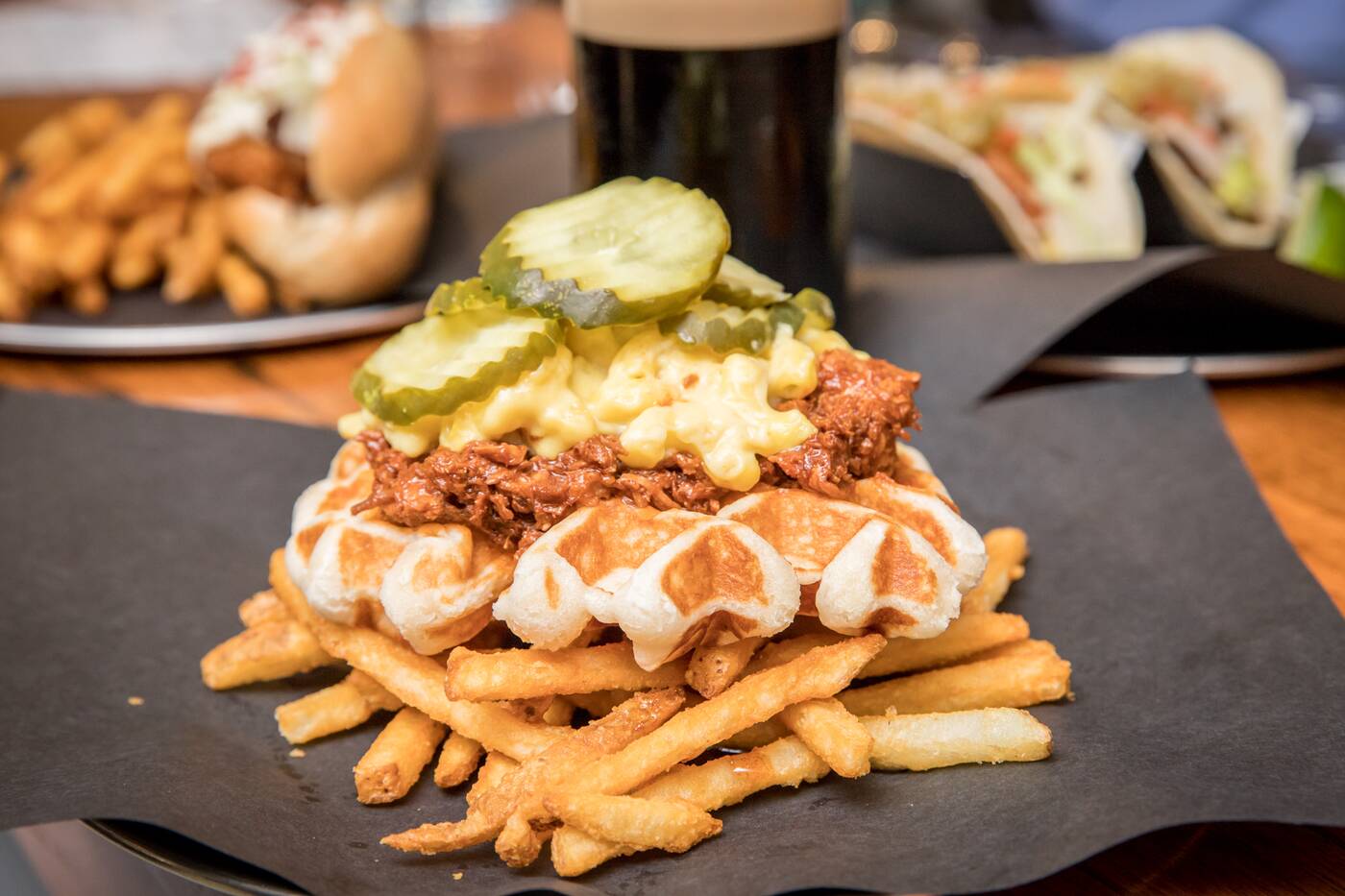 The Waffle-Que ($16) is one of three zany waffle creations, this one like a vegan version of a barbeque plate atop a doughy sweet waffle and fries doused in maple syrup. Pickles are mild, but tangy, and thickly sliced. Classic Doomie’s mac is creamy, mushroom-based “pulled pork” shining in a flavourful sauce. 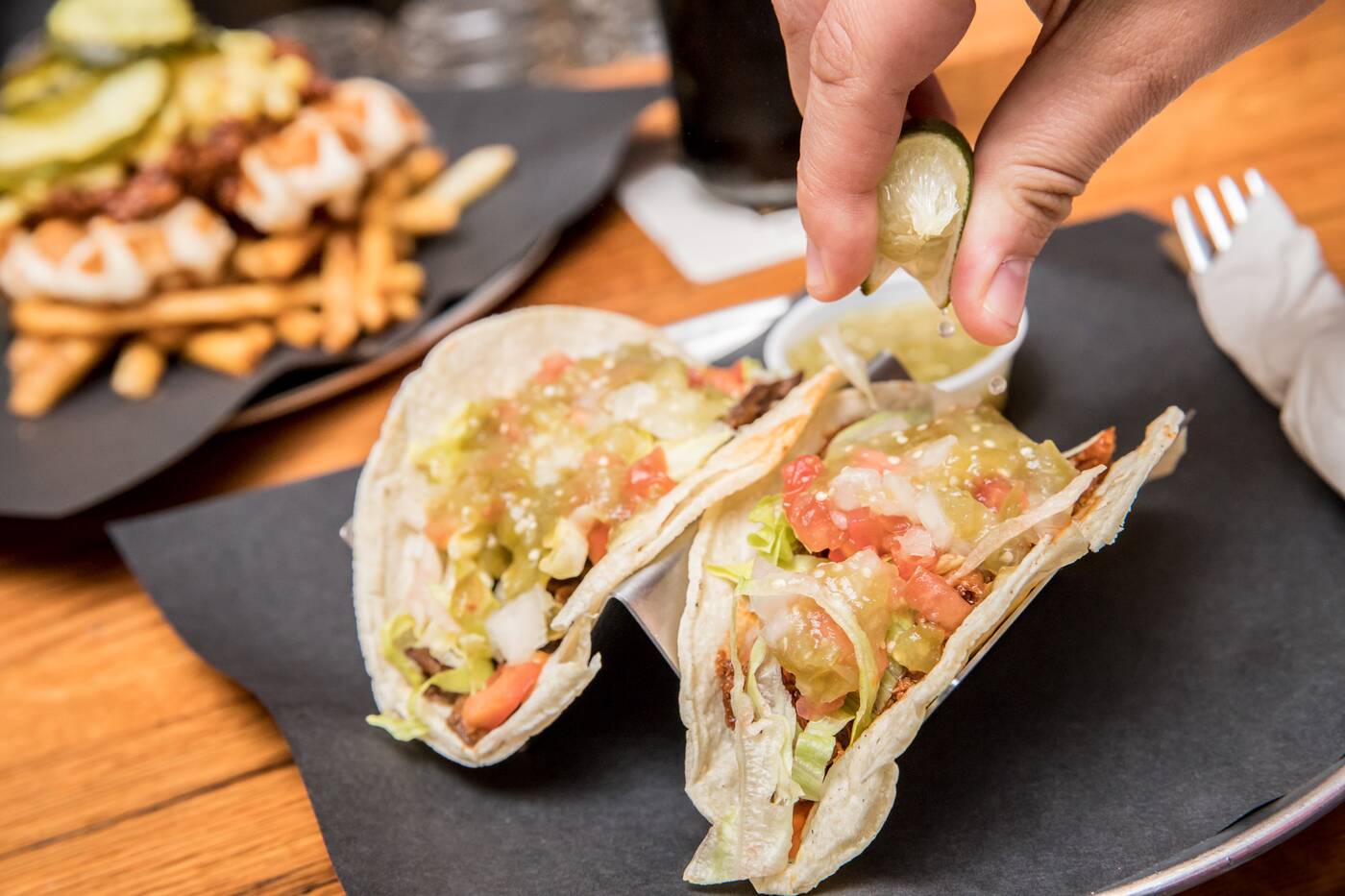 Tacos ($8) come in your choice of carne asada or BBQ pork, or one of each like we have. The BBQ pork is essentially the same as the pulled pork on the waffle, making it my fave, the carne asada is soy-based.

They’re served on soft corn tacos with essentially the toppings you’d expect from Taco Bell (lettuce, tomato) but beefed up with a helping of tomatillo salsa. 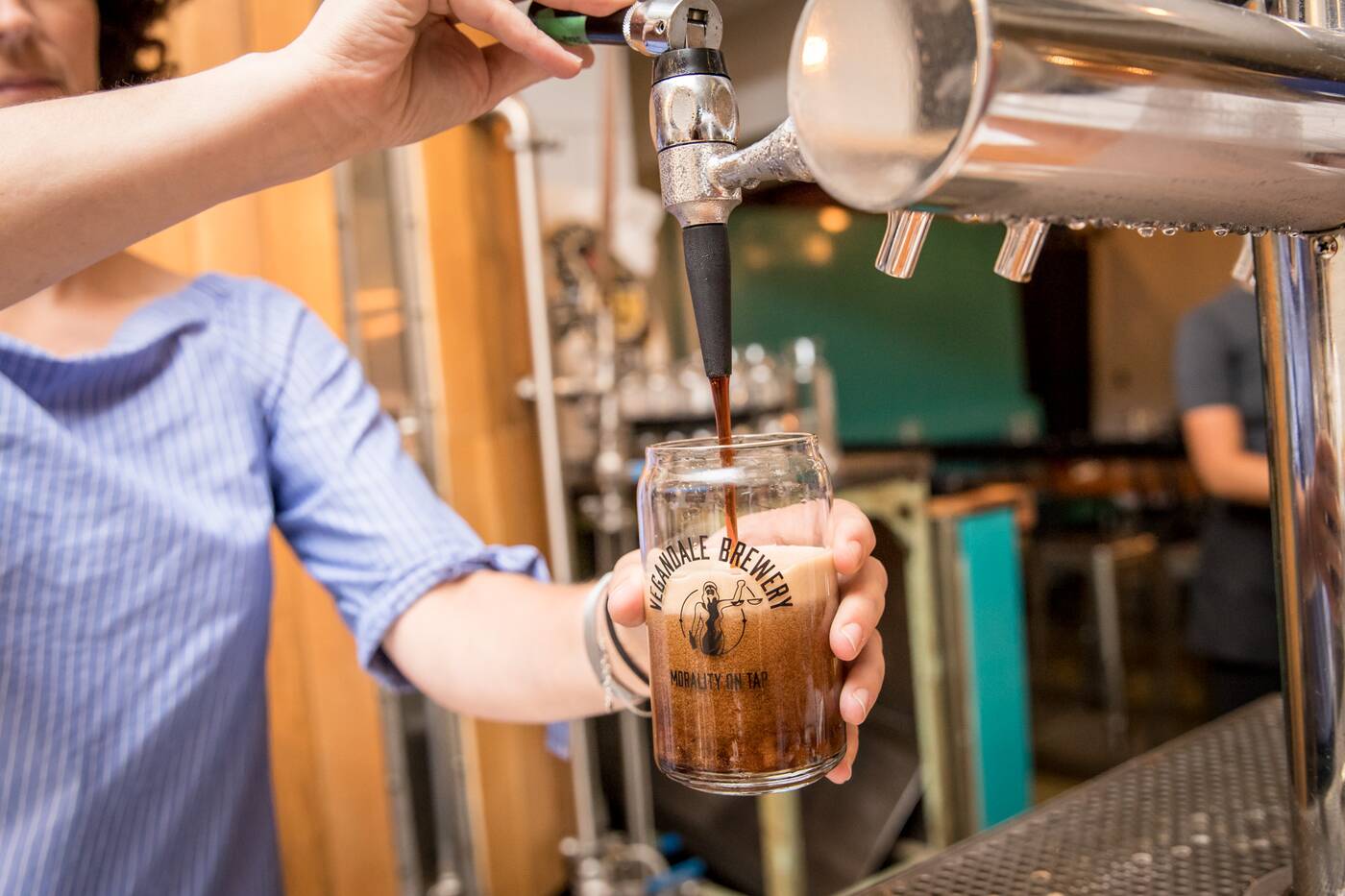 16-ounce pours of all draft beer brewed on site are $6.50. Options with cheeky names include a Principled Pilsner, a crushable See The Light Lager, and Morally Superior IPA.

The Sour Truth is tangy but light and, like everything, incredibly fresh-tasting. The Shining Example Stout is a low-percentage, creamy, smoky dark beer option. 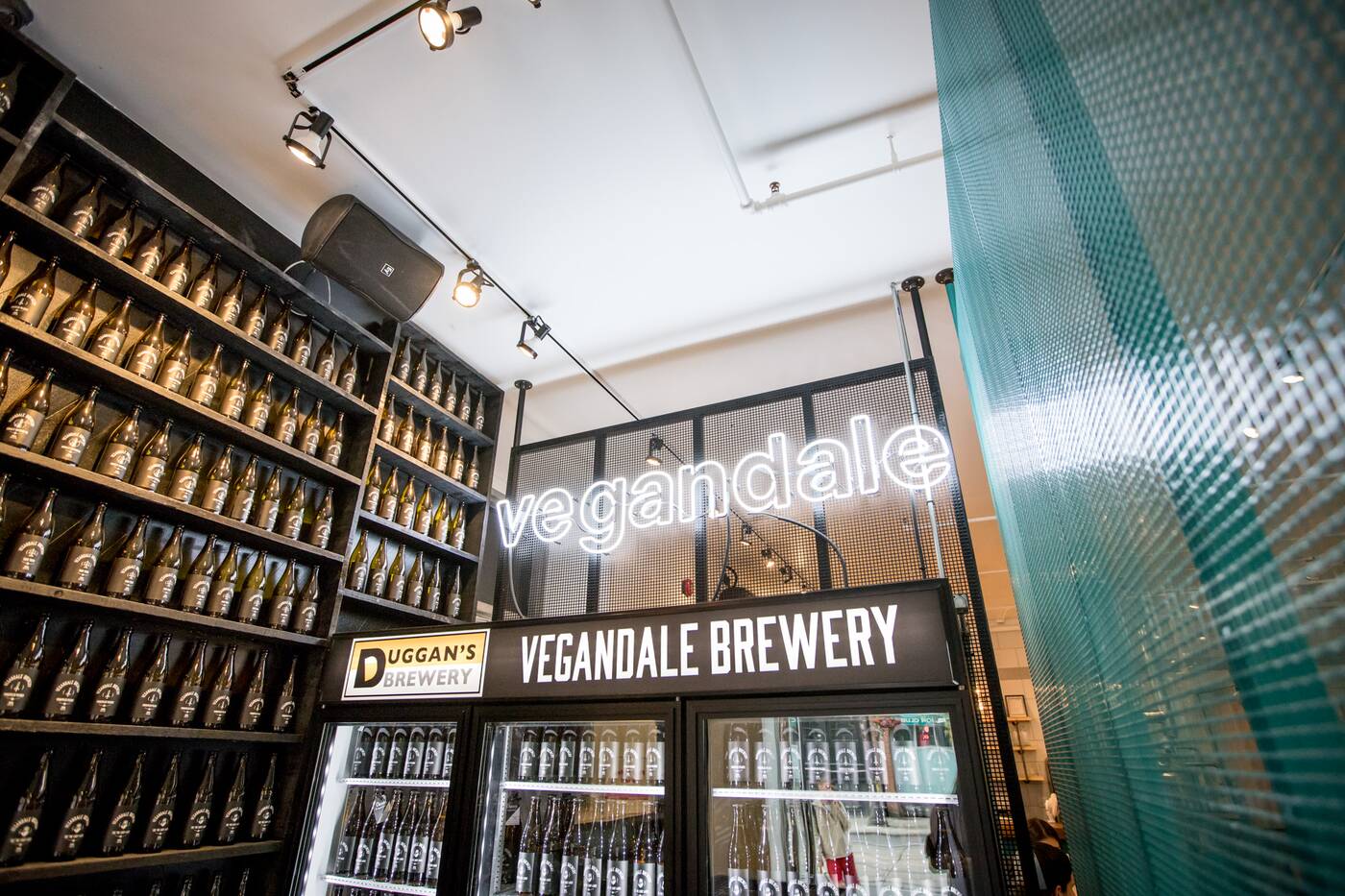 Buy everything you’ve tasted on draft at the bottle shop for five bucks across the board, all-in until 11 p.m. 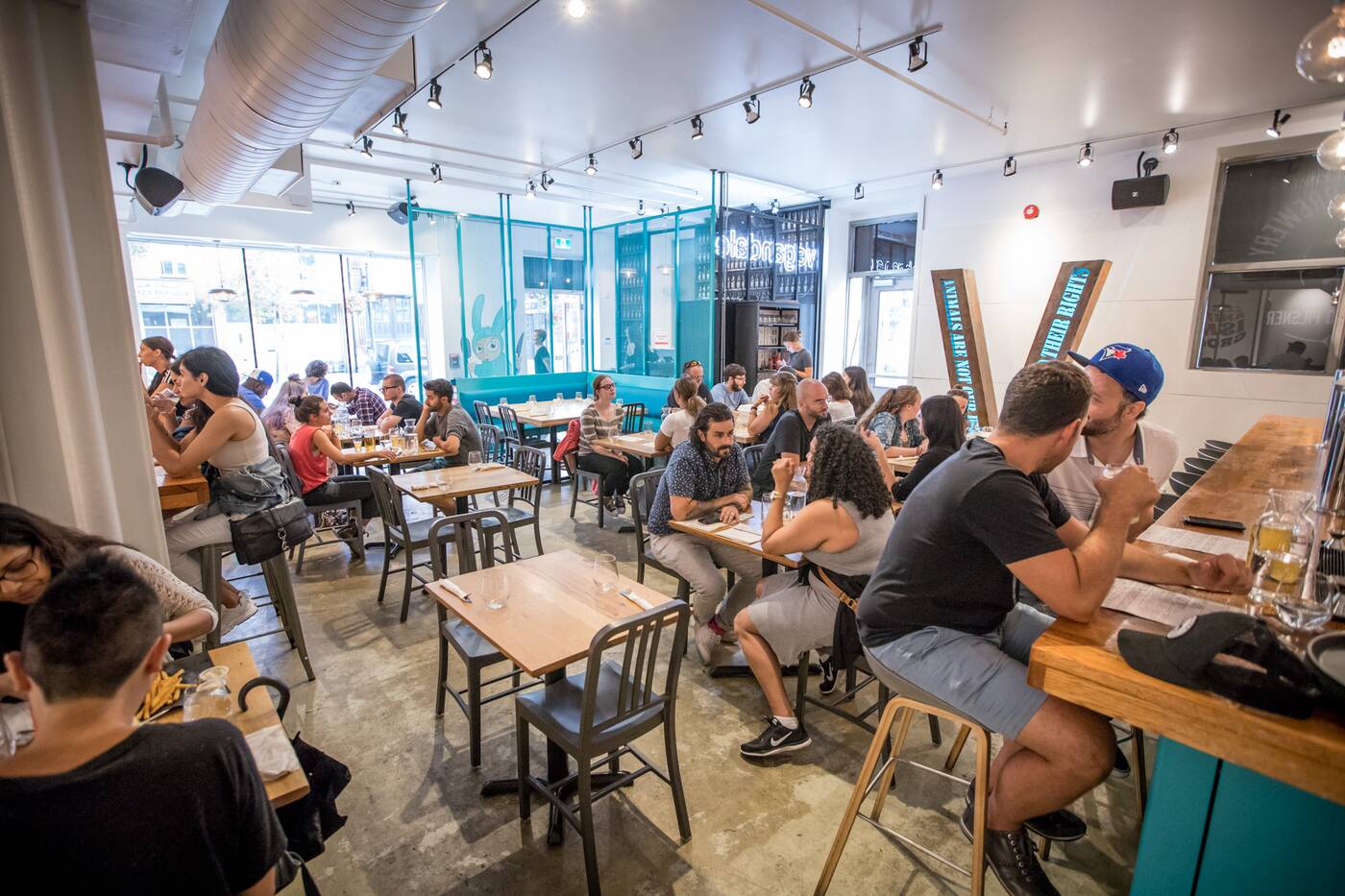 You can also order frozen treats to your table from the capsule ice cream shop within the brewery, Not Your Mother. 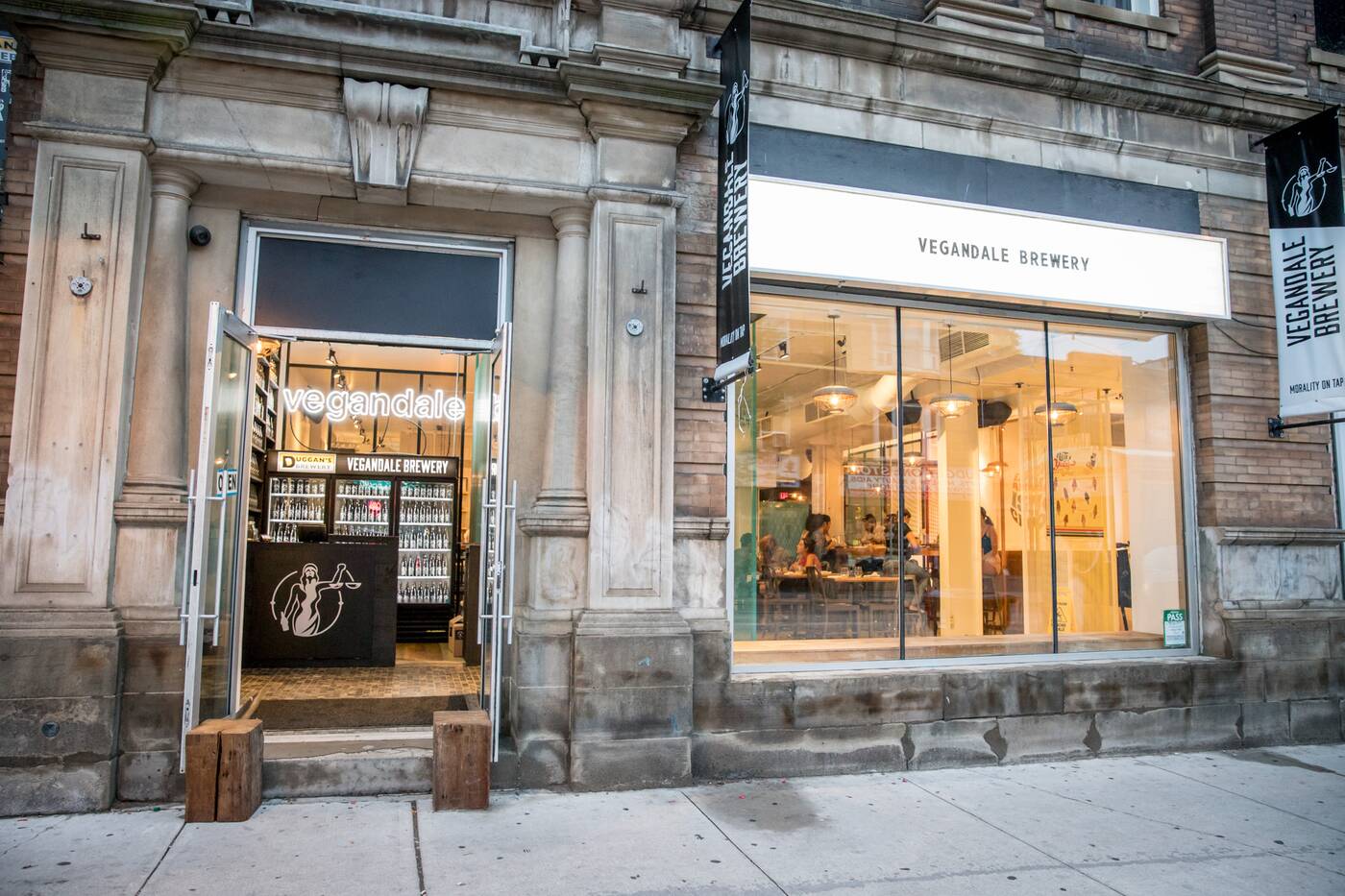