Not Your Mother is currently open but their offerings and services may be affected due to the pandemic. Please contact the business directly for more information about any changes. Is this your business? Please contact us if you would like to update this message.

The name comes from the slogan not your mother, not your milk, a name with a chant-like activist vibe that brings in a seventies feel which permeates the ice cream counter’s entire concept. 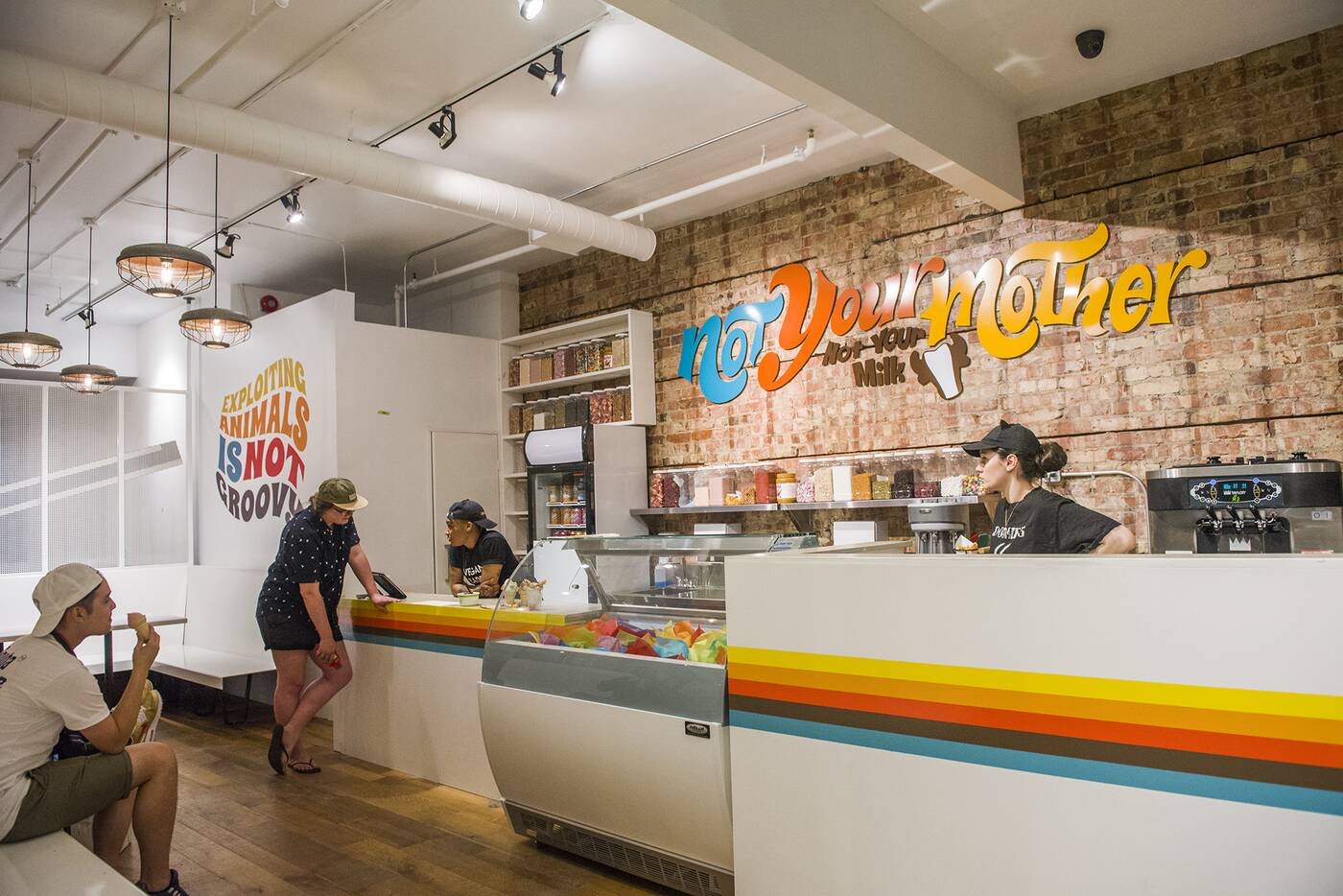 For example, giant colourful swirly lettering on one wall reads “exploiting animals is not groovy.” 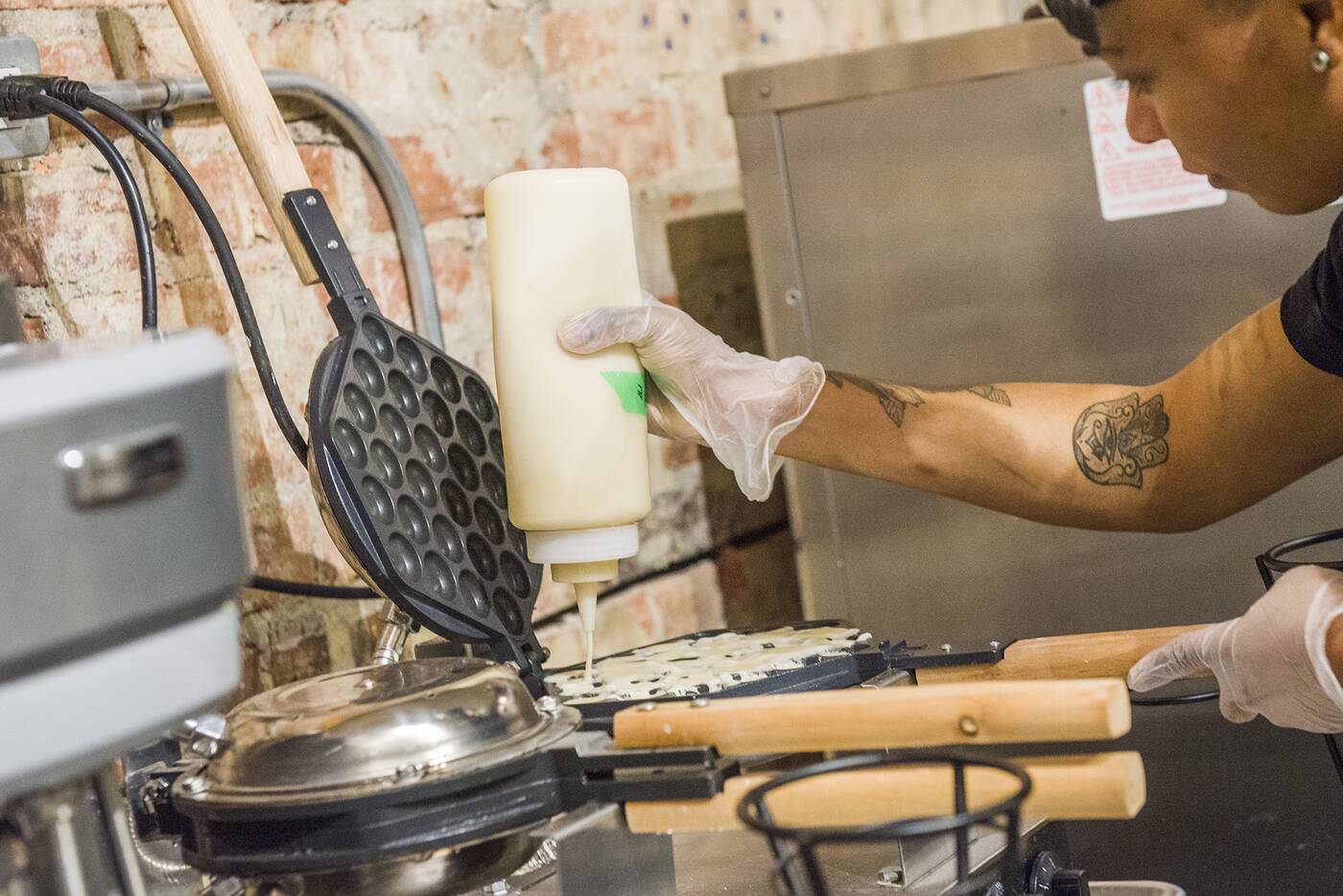 All 10 zany options are available in a cup, cone, bubble waffle or as a milkshake. The bubble waffles are made using a relatively plain vegan waffle recipe, a vegan egg replacer subbing in for the real deal. 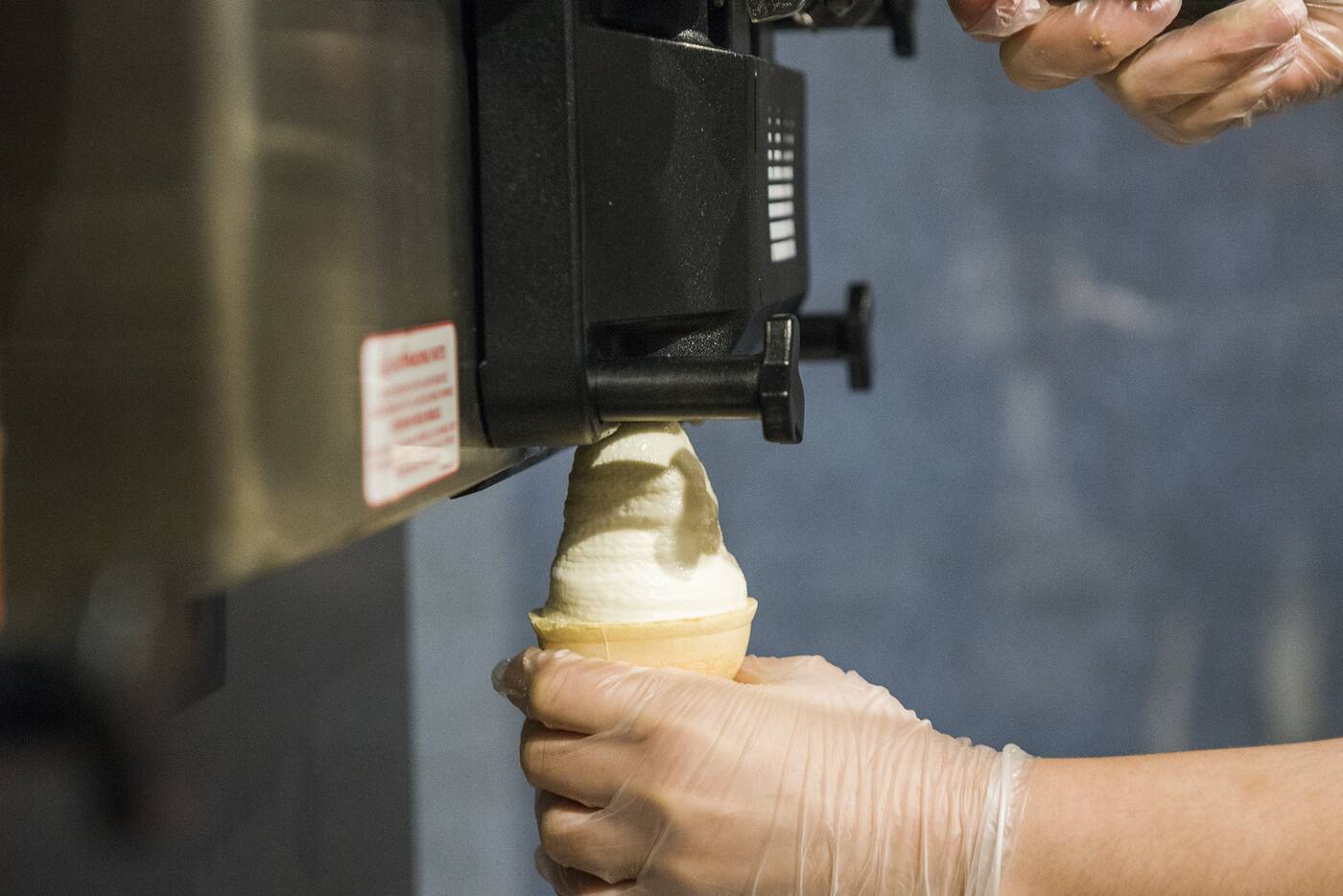 Vanilla and chocolate provide two soy-based soft serve flavours, whereas pineapple and strawberry are fruit-based. Everything here is also nut-free. 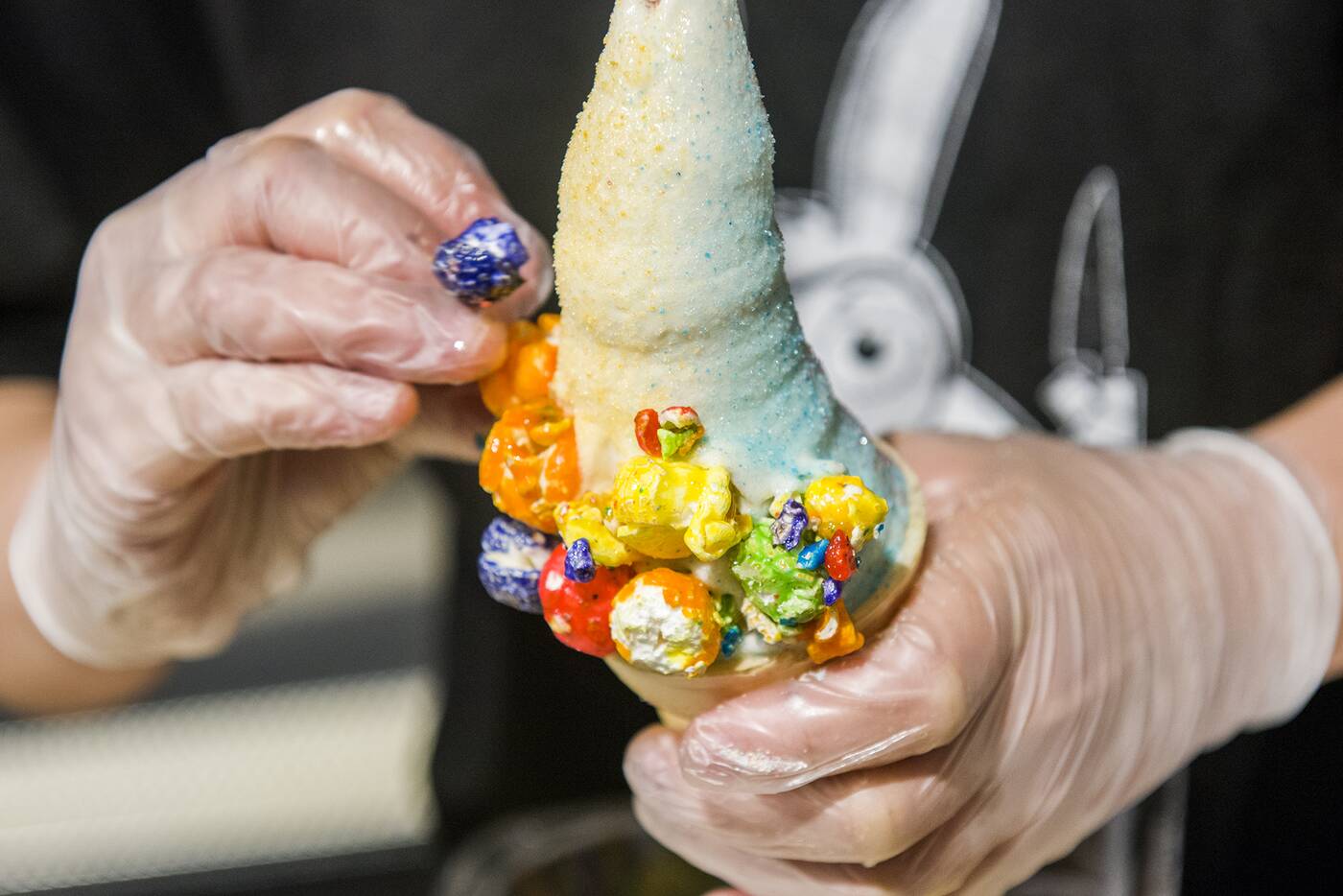 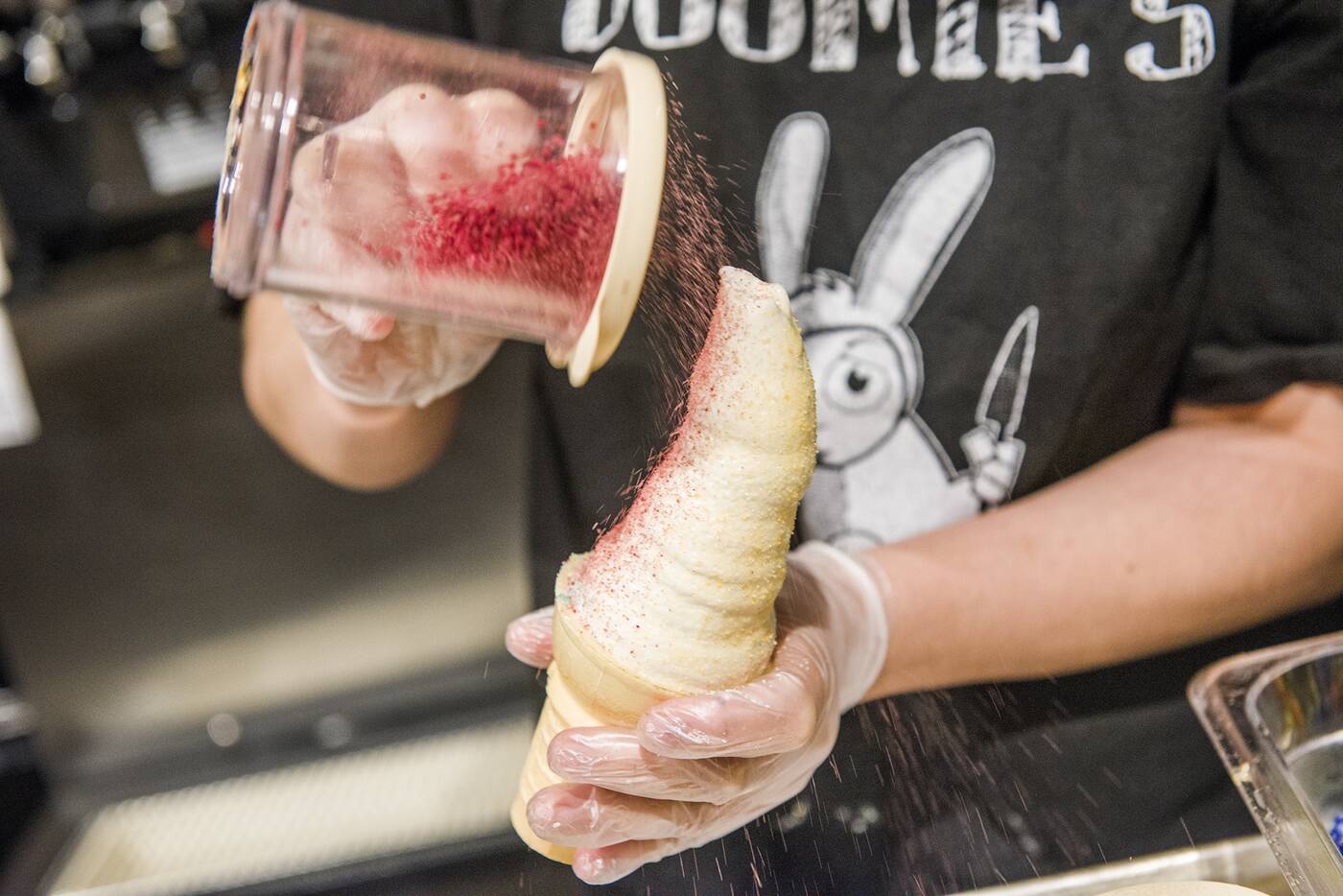 The soft serve itself is definitely more icy than creamy, but while it may not have that addictive rich quality it is somewhat more crushable. 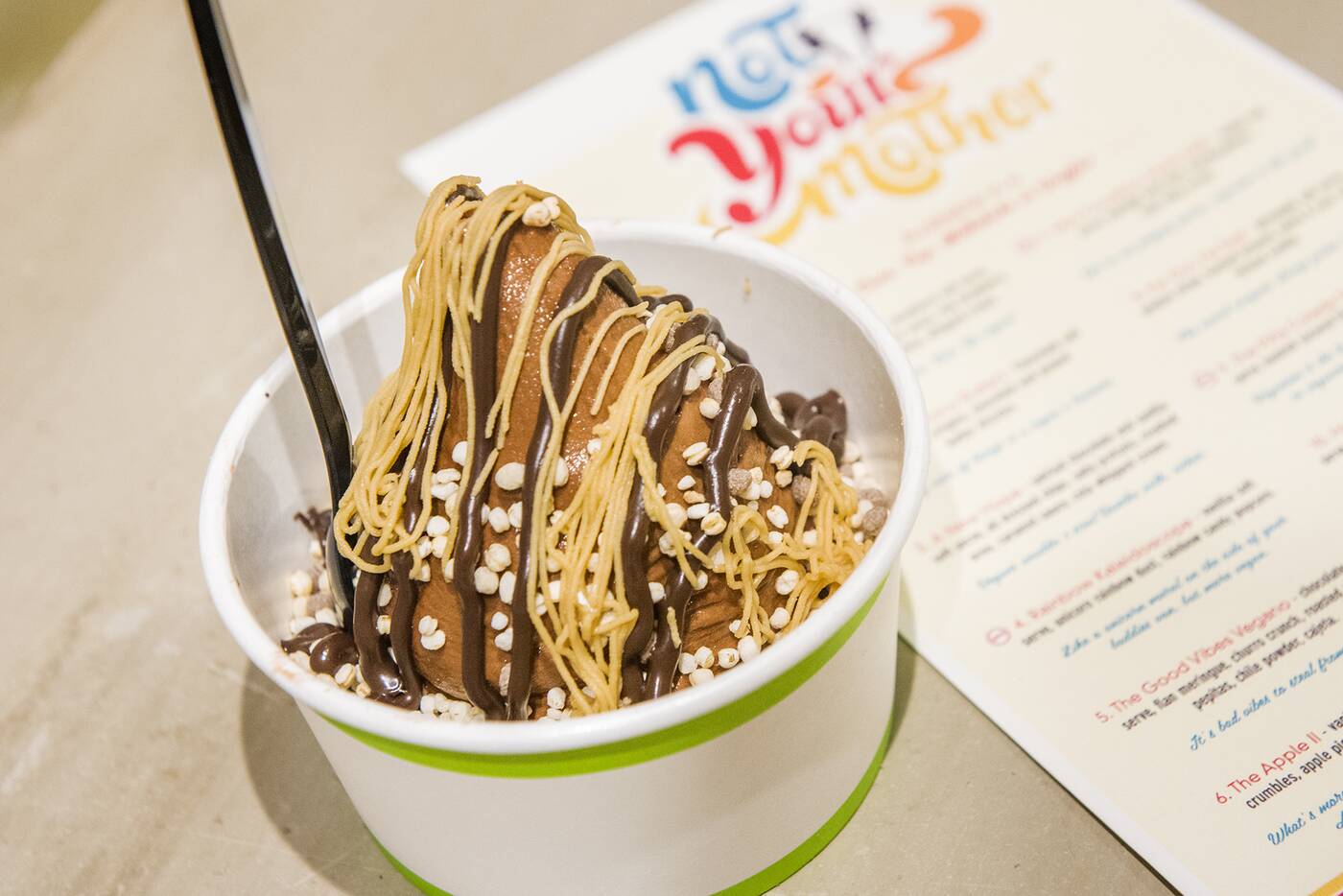 The Choco Butter tops silky chocolate soft serve with teeny grains of “puffed crispies” as well as chocolate drizzle and a peanut butter drizzle made using nut-free Wowbutter that’s a fair imitation. In a cup, this option is actually gluten-free too. 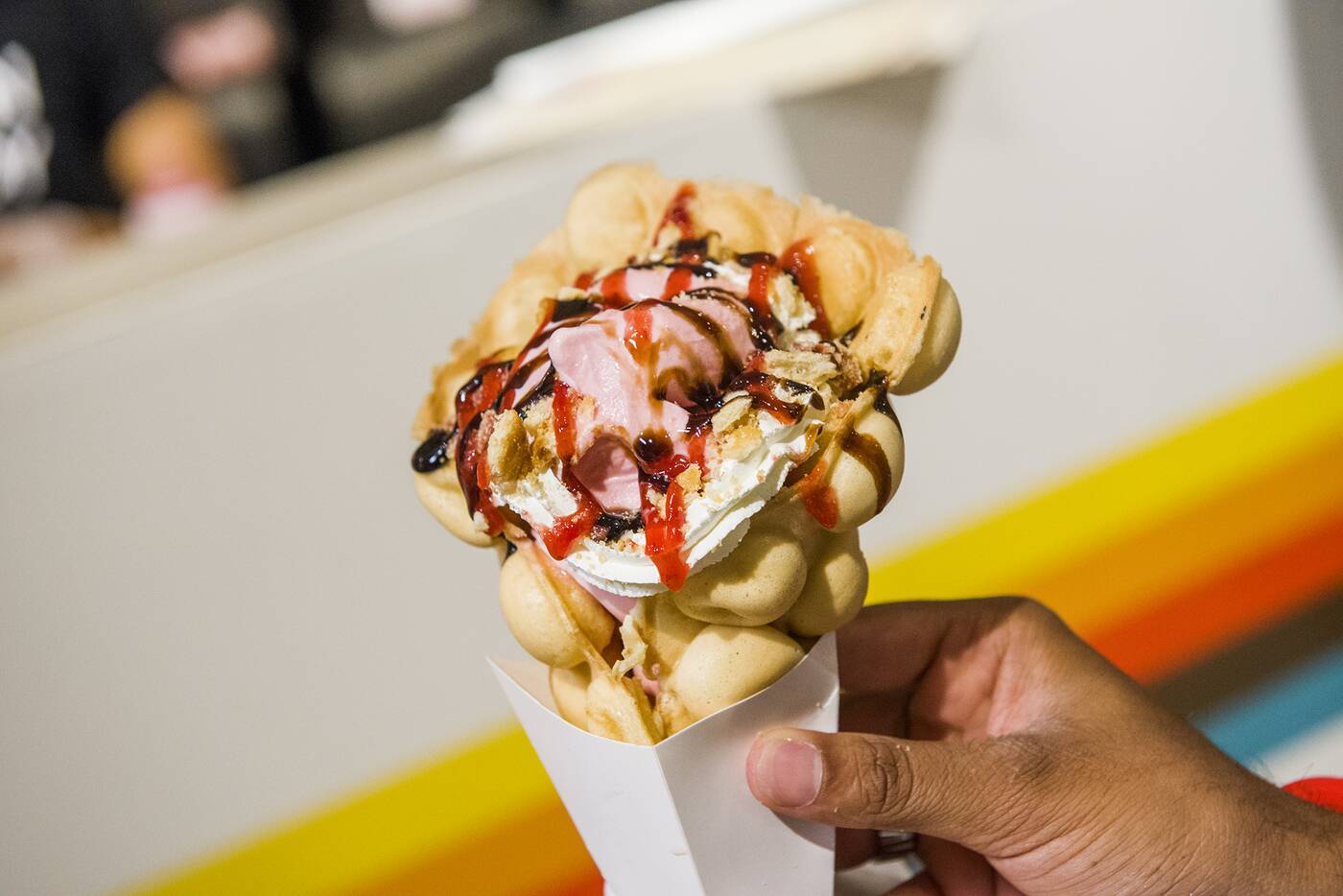 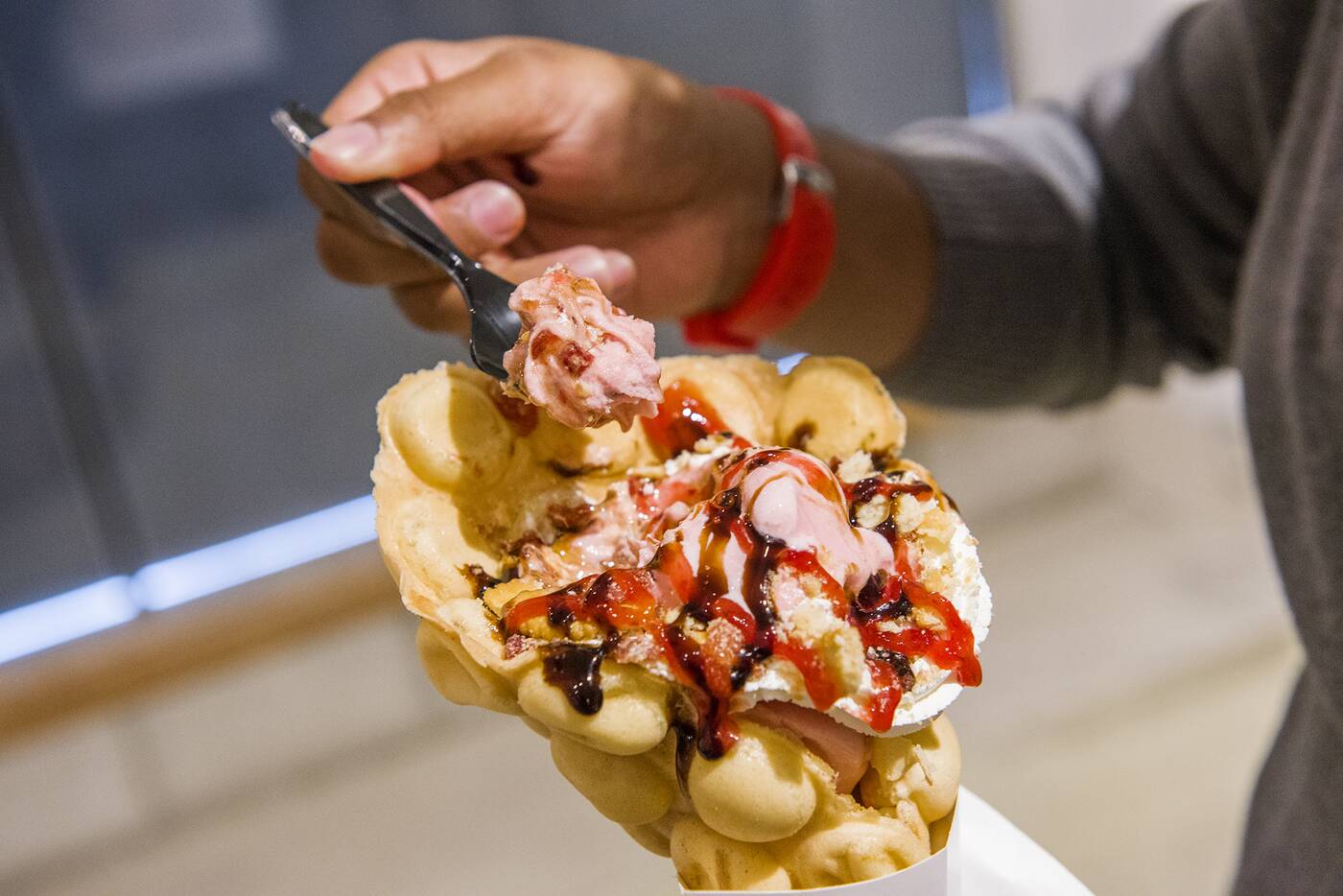 The waffle I get this one in isn’t overly soft, fluffy and puffy, but if you prefer a more crispy bubble waffle these are right for you. 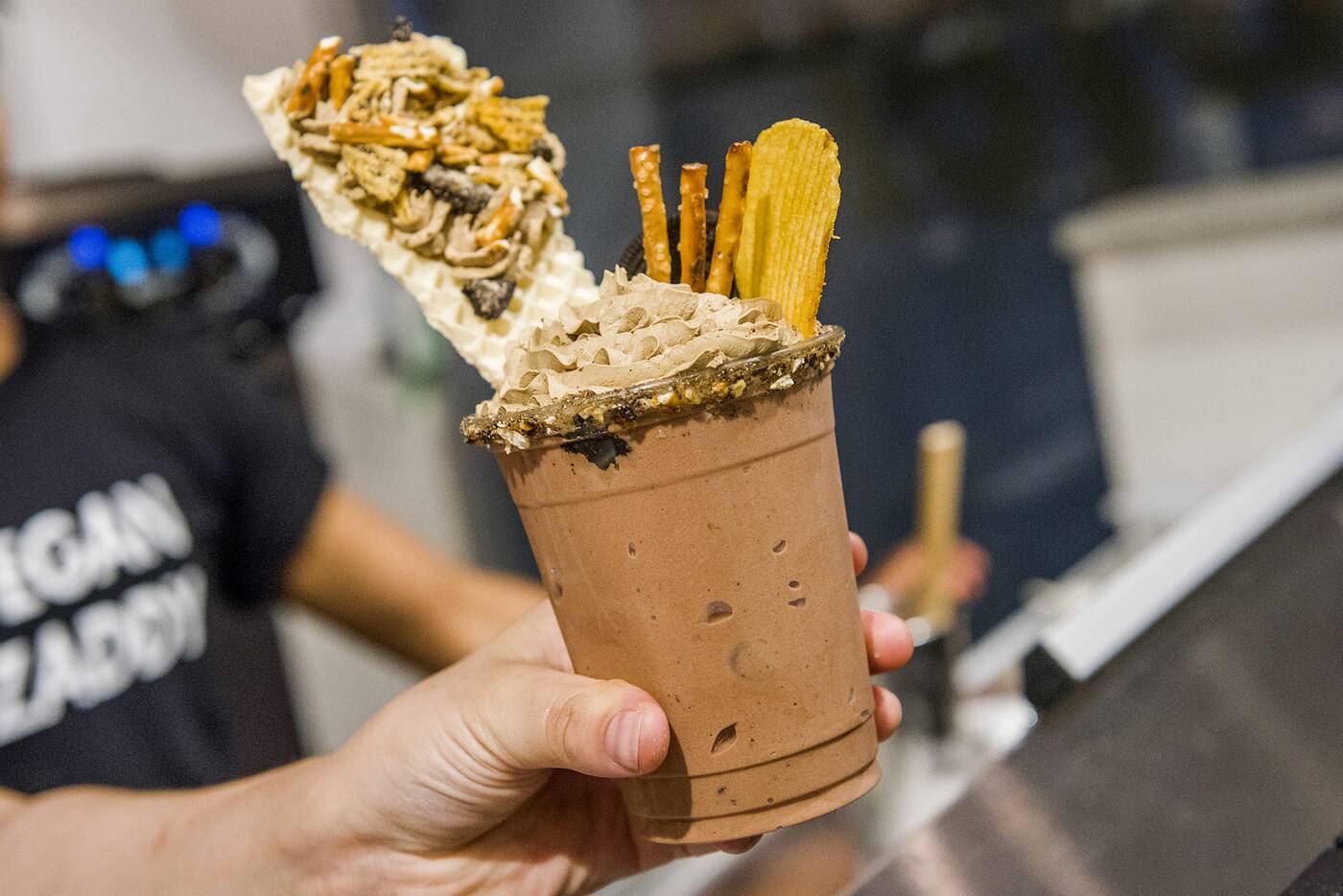 A New Hope we do in milkshake form, the same all dressed chips, salty pretzels and crushed Oreo on the rim as there is inside. With Coca-Cola whipped cream and caramel sauce, this is the liquefied version of a late night snack binge. 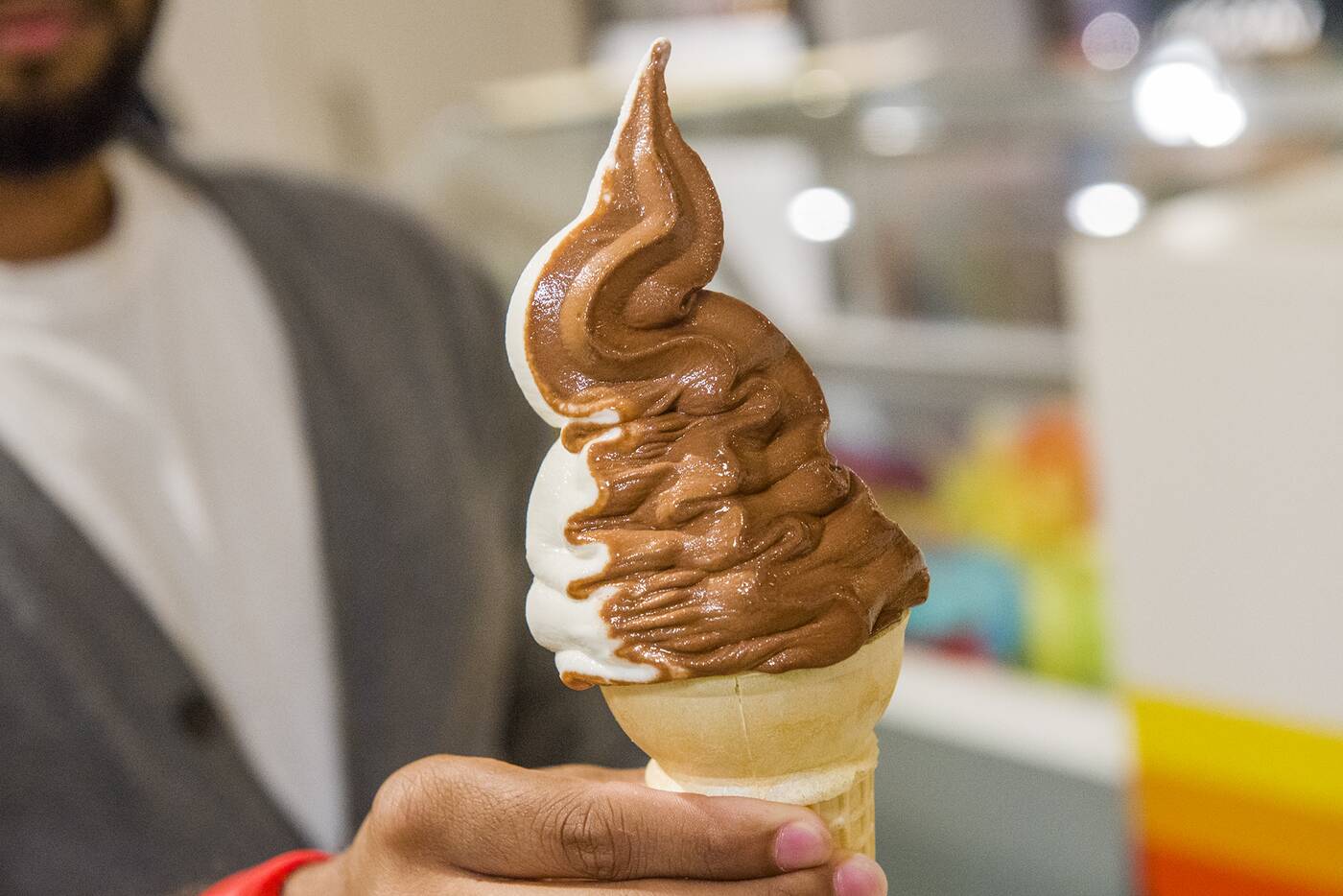 Not feeling fancy? You can always get a vegan spin on nostalgic chocolate-vanilla twists or grab some of the strawberry or pineapple soft serve on its own. 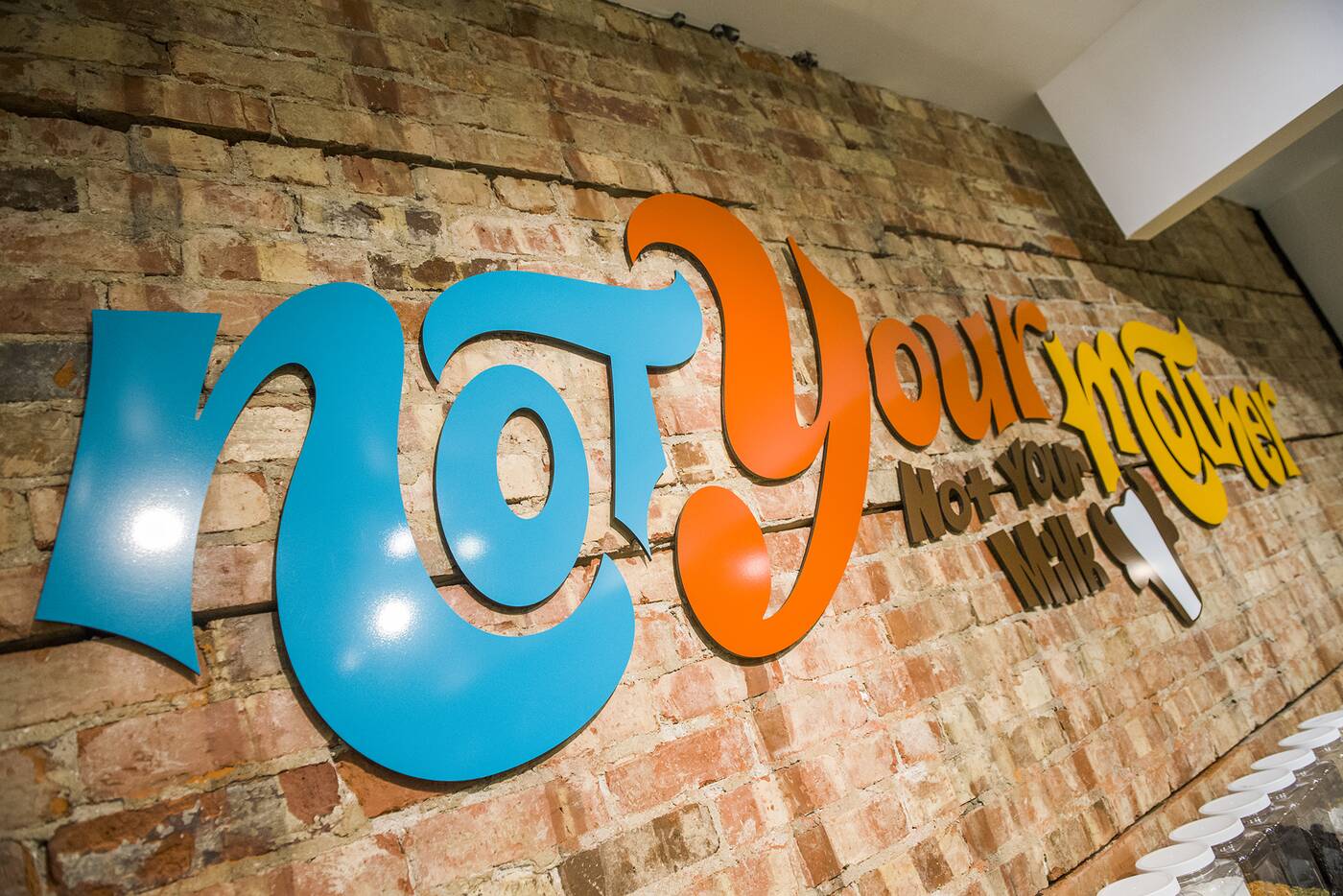 The entire menu here was curated by the same guy behind Doomie’s, whose vegan comfort food is served in the main brewery space here. 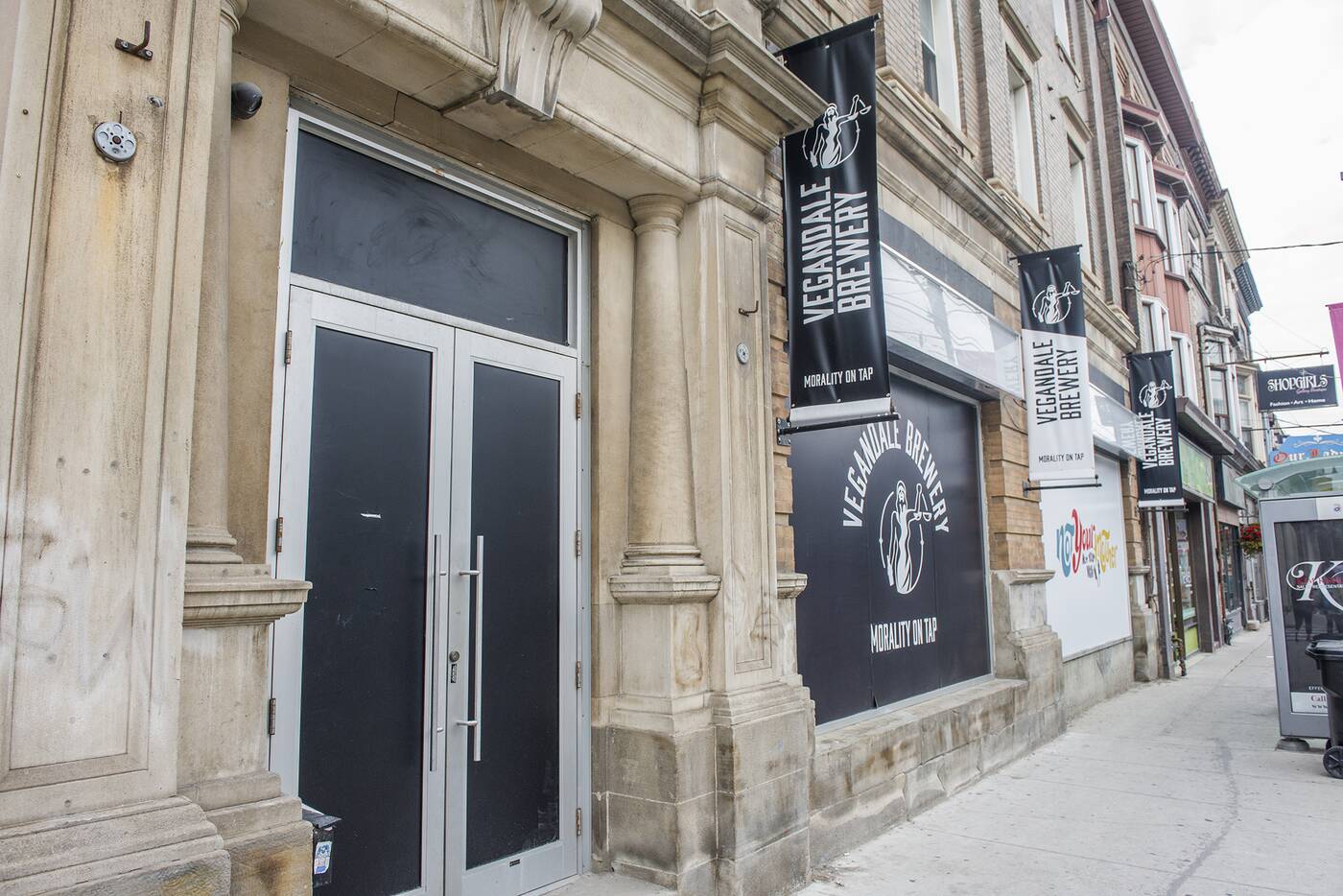