Run by the Beharry family that entire time, the roti at this place is in fact considered to be among the best in the city. 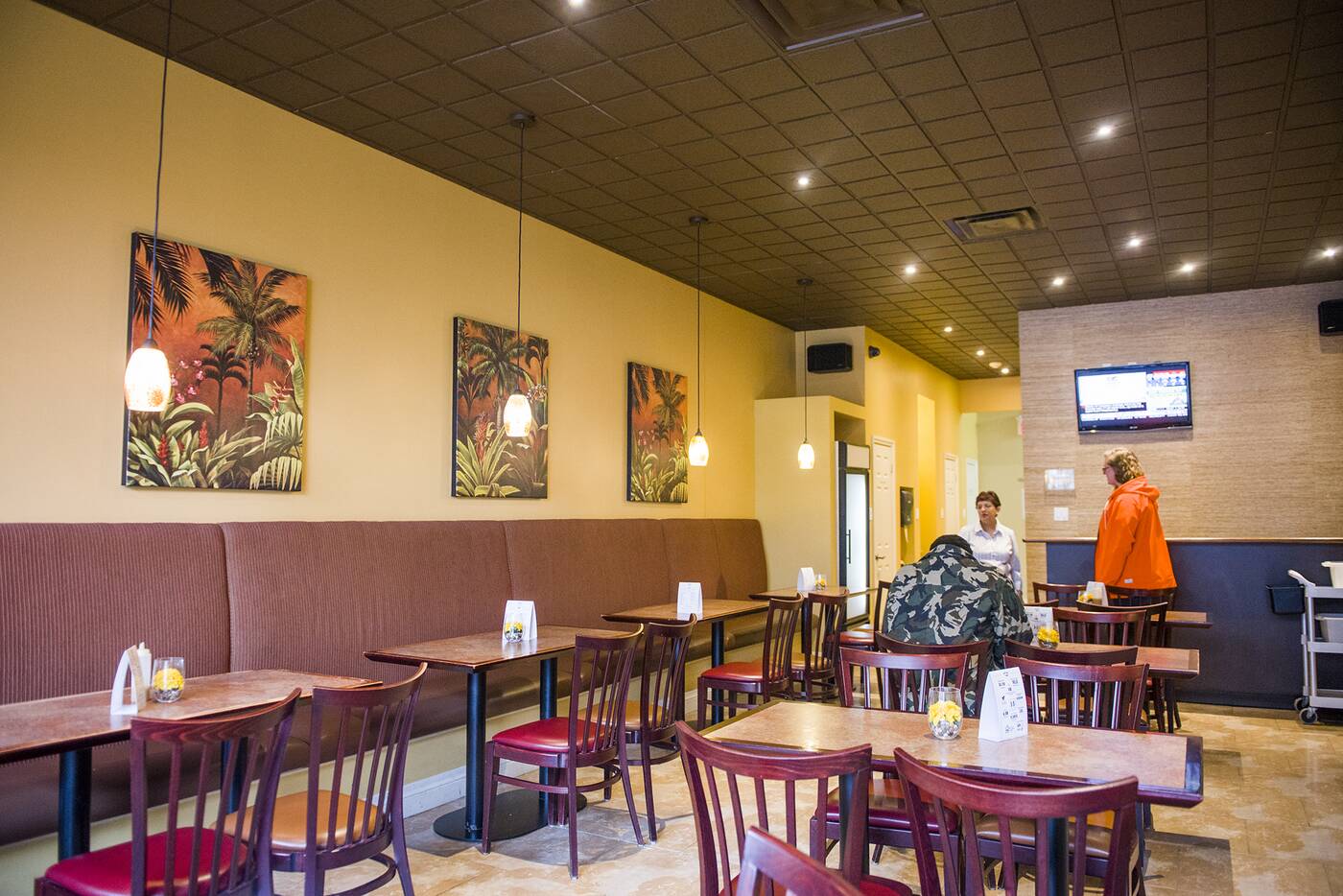 What’s now a sit-down area with a capacity of about 60 and a casual Caribbean feel used to be a table shop. Prior to the reno, the place was takeout only for 25 years. 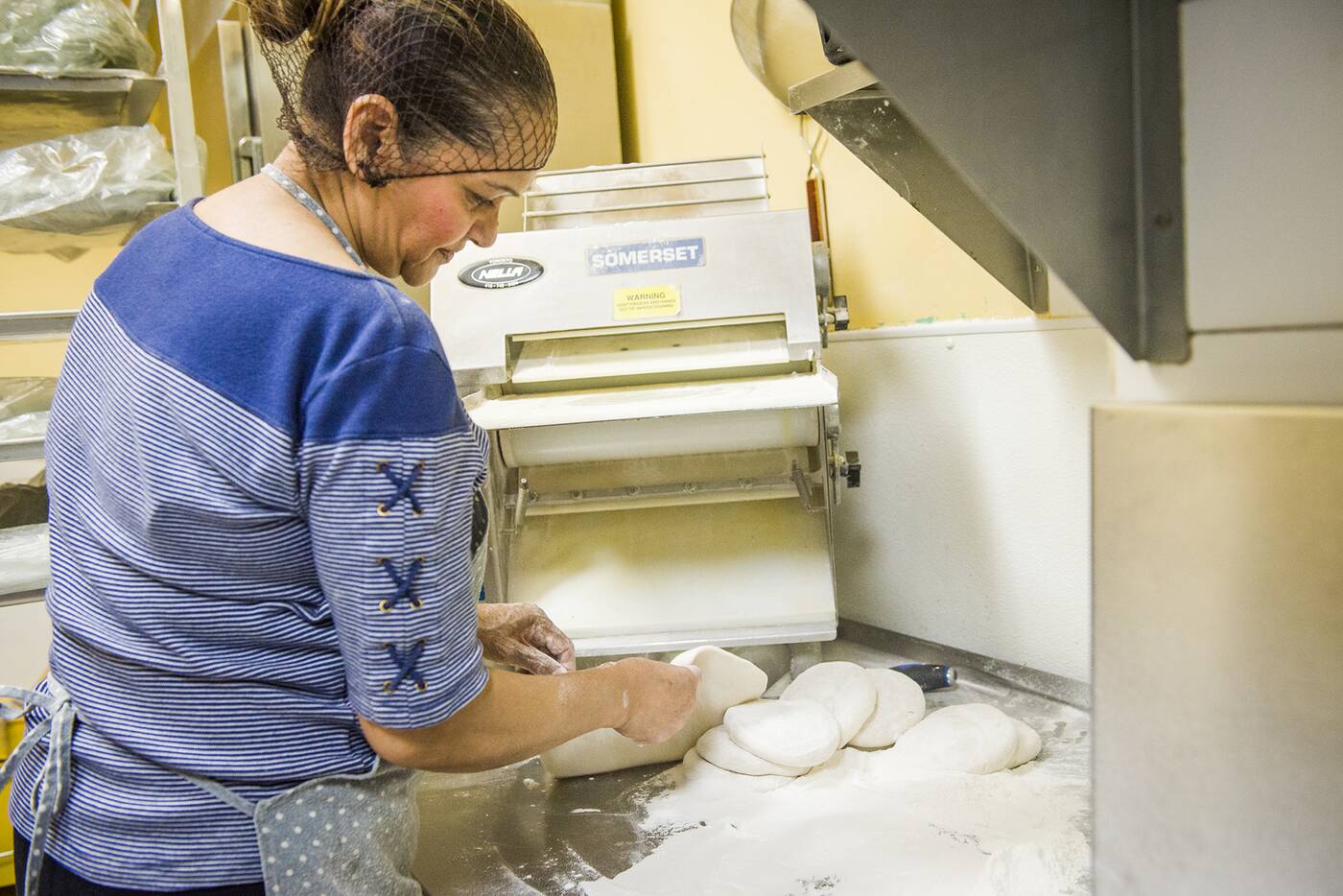 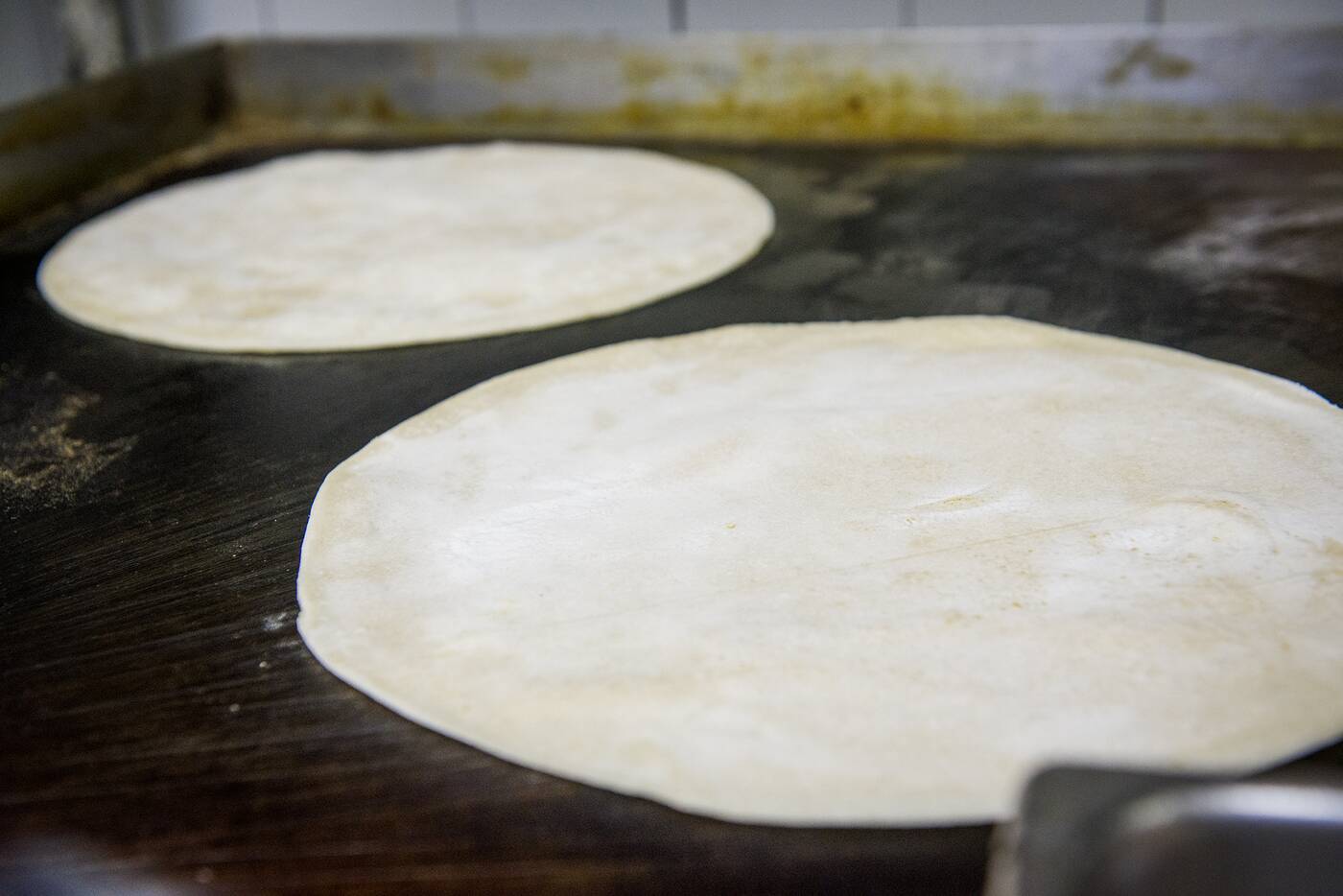 Once the roti’s been made, it’s grilled with a bit of veggie oil. Plain paratha roti are also made by hand here. 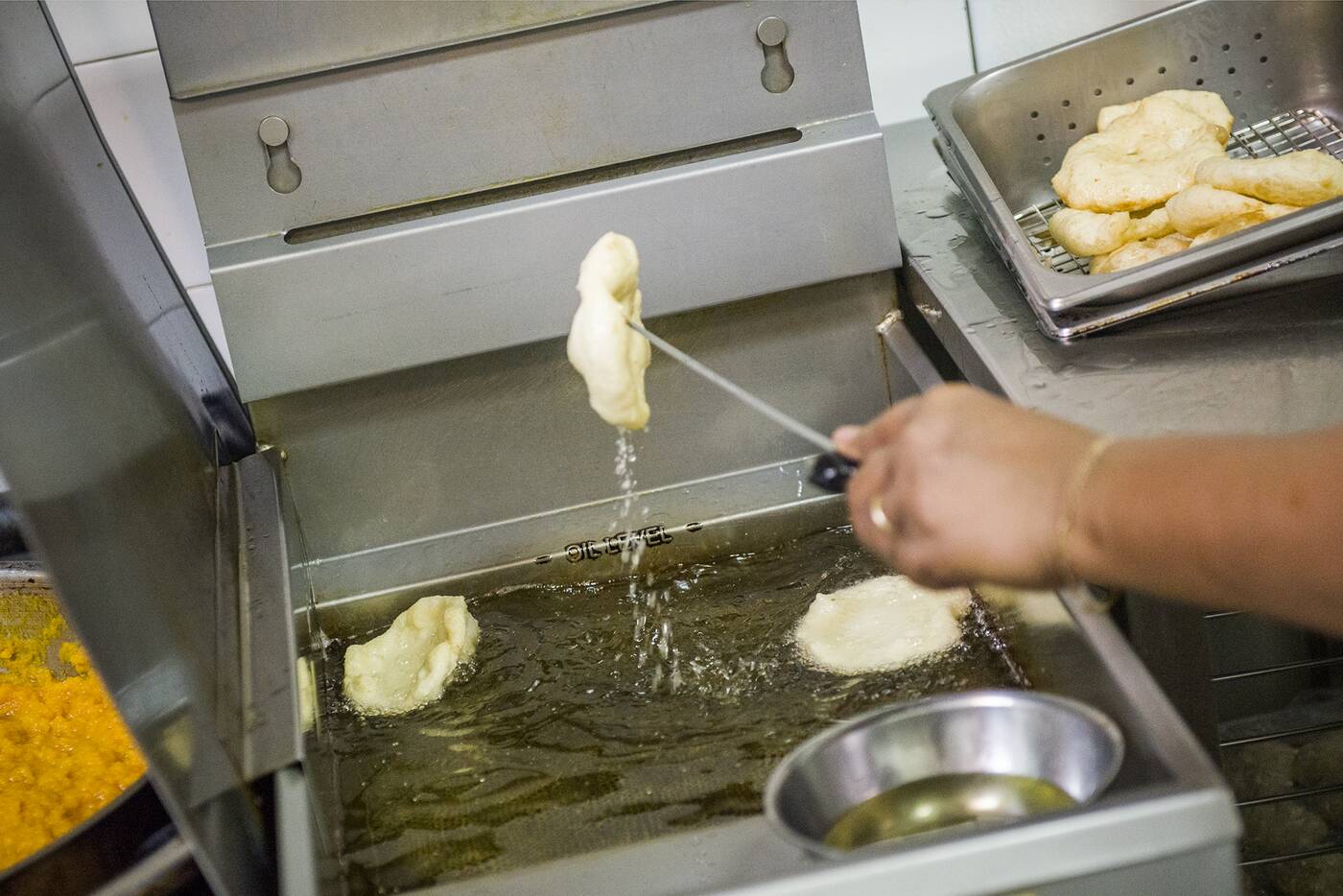 Doubles dough, made with chickpea flour so it’s thicker and fluffier than roti dough, is also made by hand here and deep-fried to a puff. 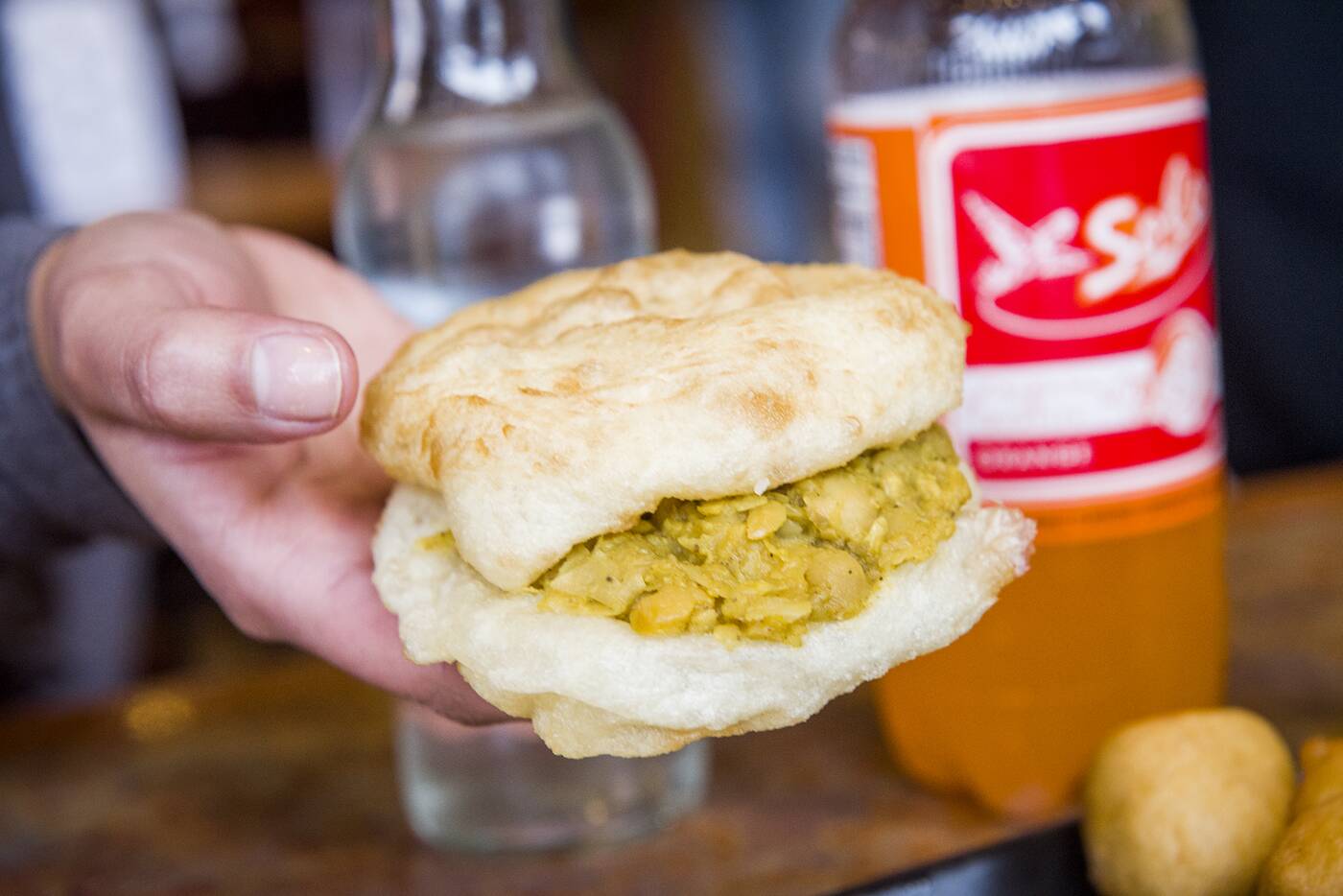 Chickpea doubles ($2.75) are definitely some of the best I’ve had. 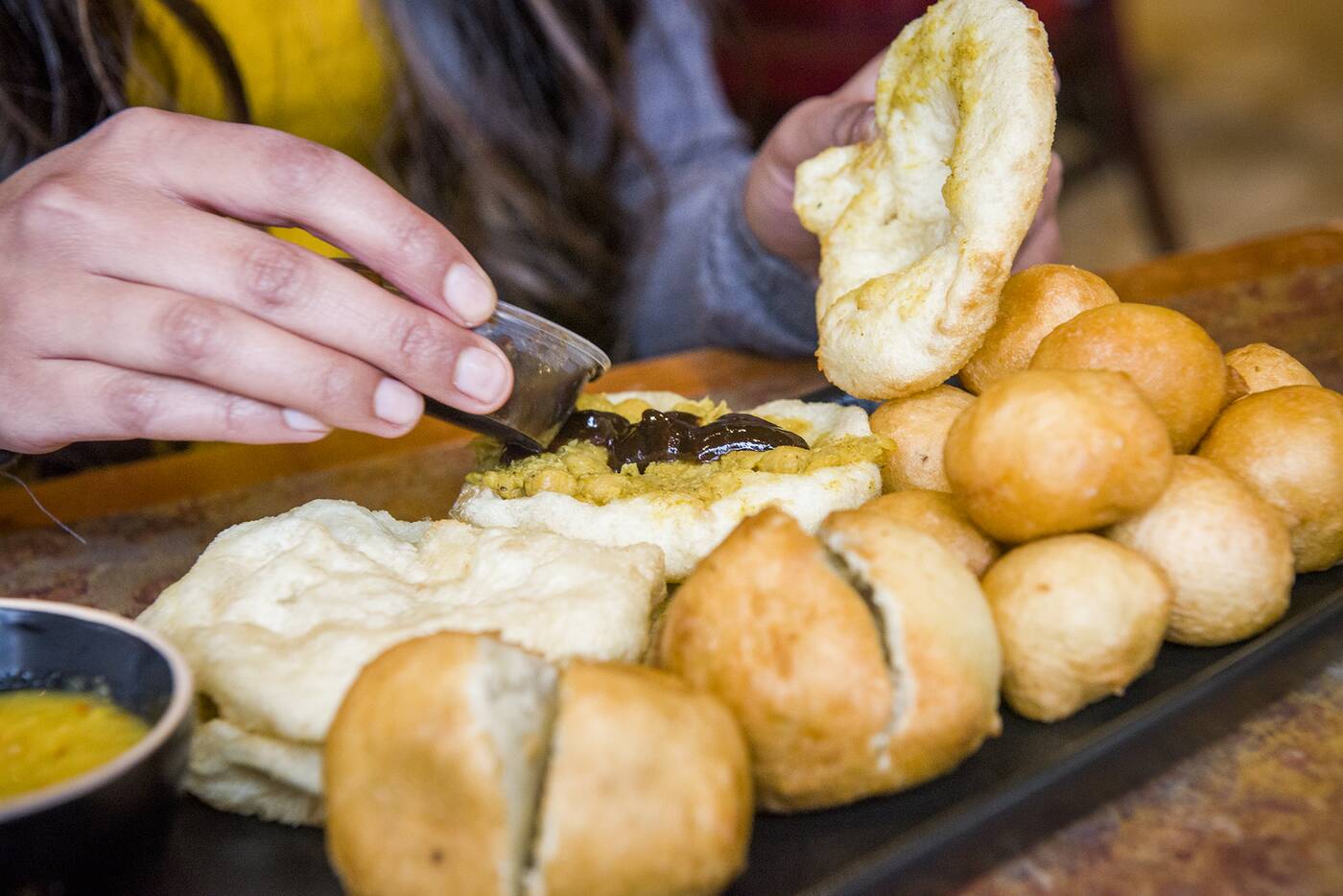 They pop amazingly with some house sweet dark tamarind chutney, the dough nice and elasticky yet airy. 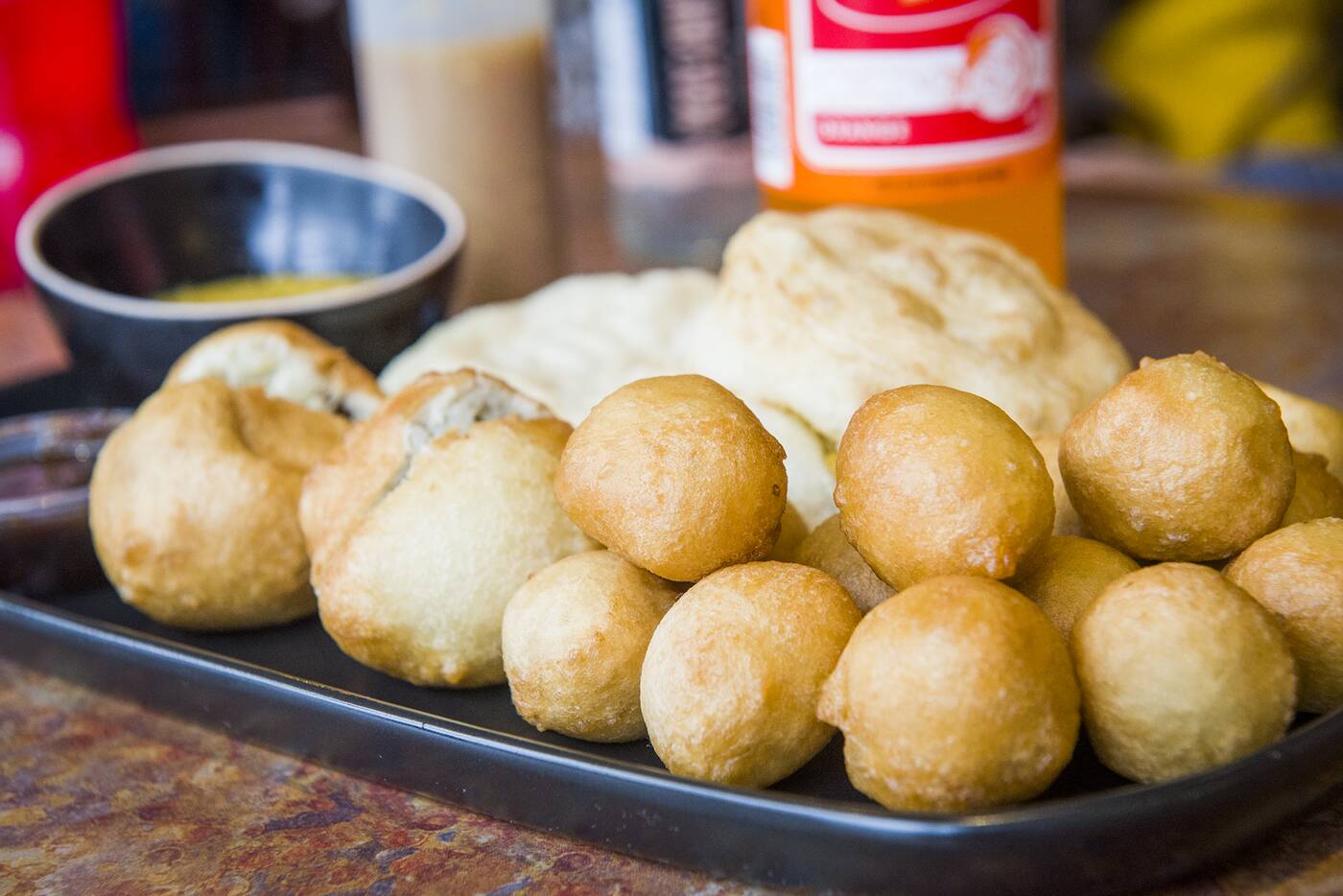 Phulourie ($2.75 for a dozen) are balls of deep-fried dough similar to doubles dough seasoned with pepper and garlic so they’re chewy and savoury. 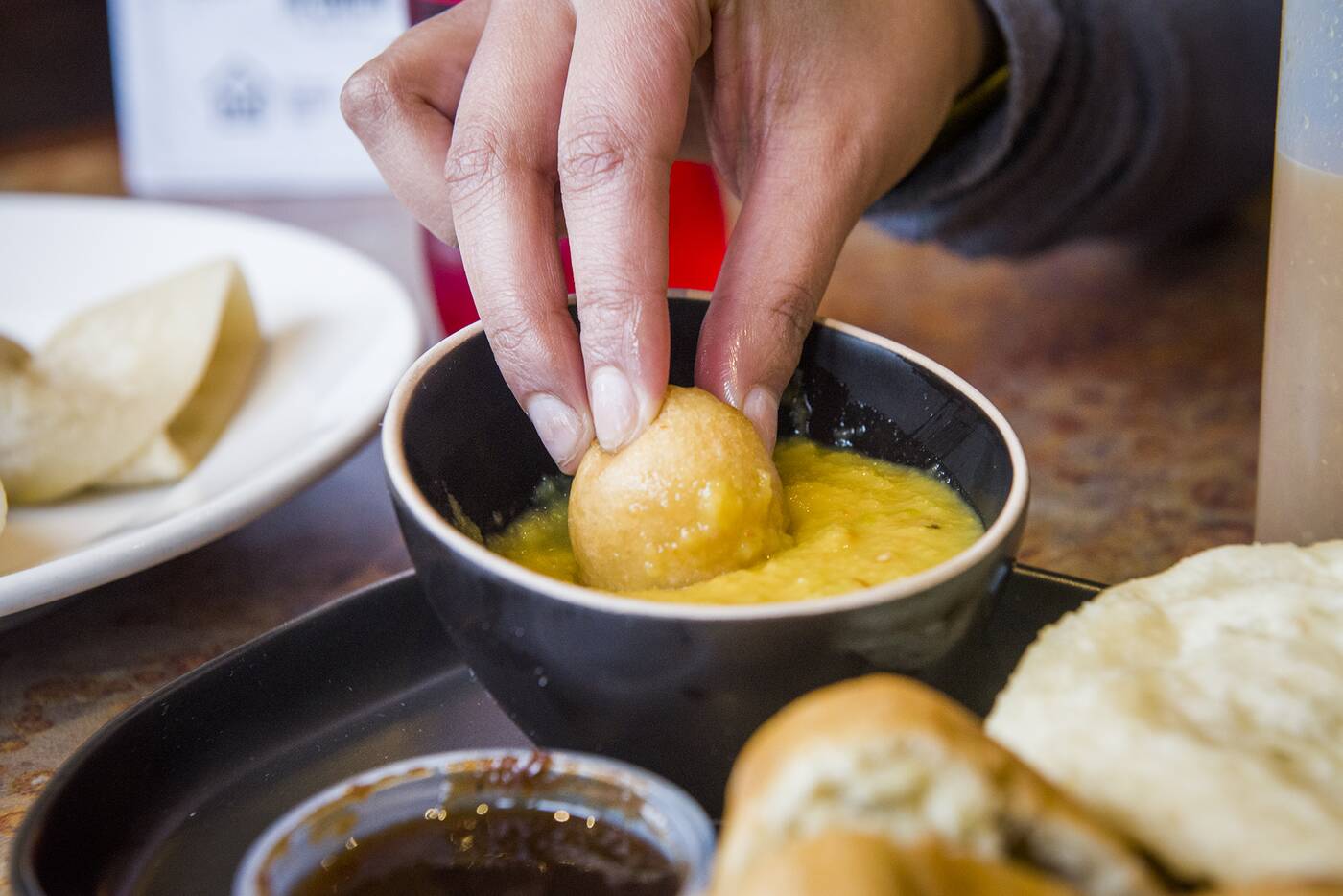 Dip them in a house hot apple chutney that’s much thinner than the tamarind, with amazing sweet and sour notes. 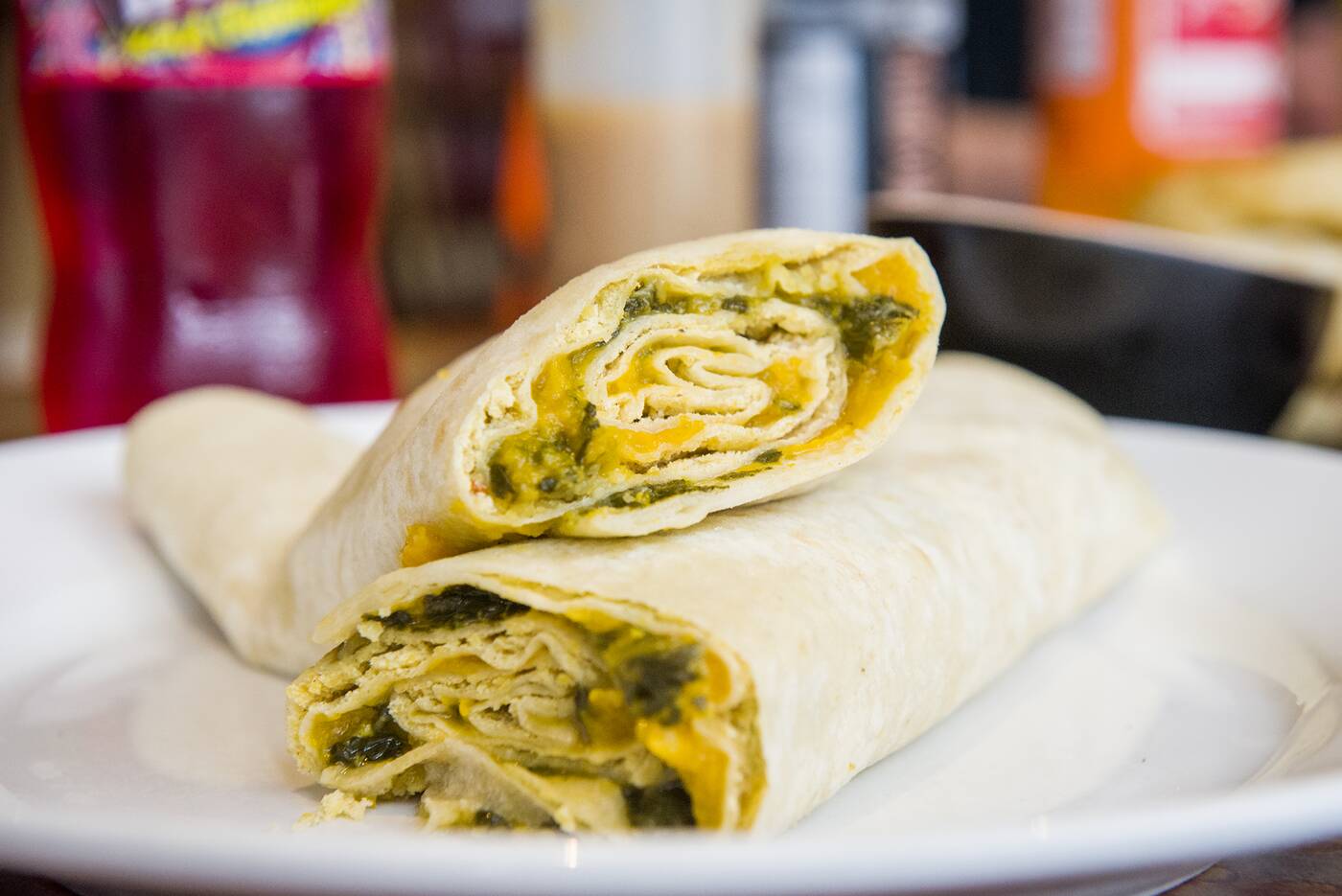 A pumpkin and spinach roti ($9.55) doesn’t last long shared among a group, a true classic. Dhalpurie roti wraps around the filling in a spiral rather than creating one big pocket like some other roti, showcasing the true star of the dish complemented by the soft, flavourful veggie filling. 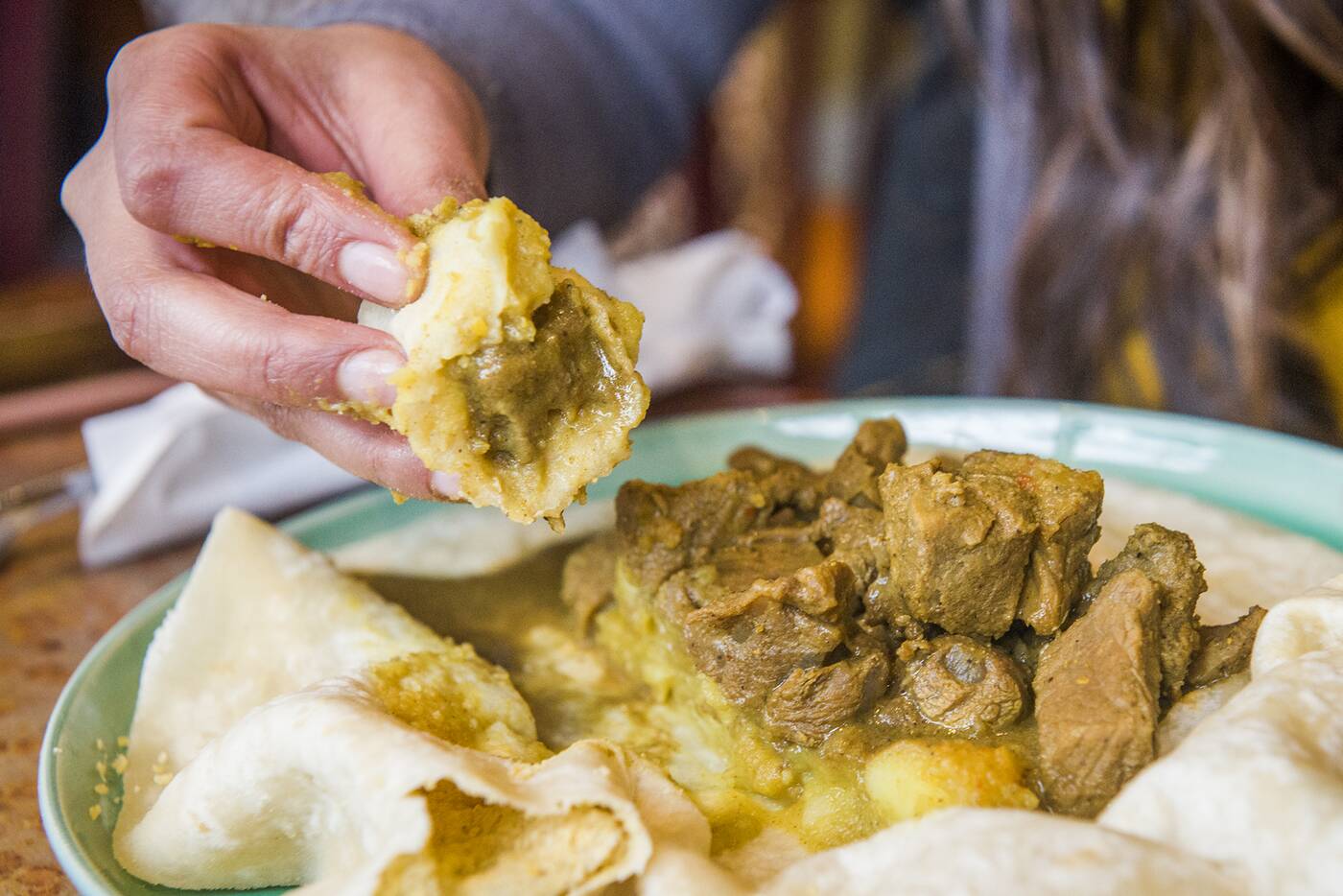 An open-faced boneless goat roti ($11.55) has a nicely tender and warmly spiced meat filling, and exemplifies the not-too-thin roti’s ability to hold up to a soupy curry. Any main can be ordered as a roti or with rice. 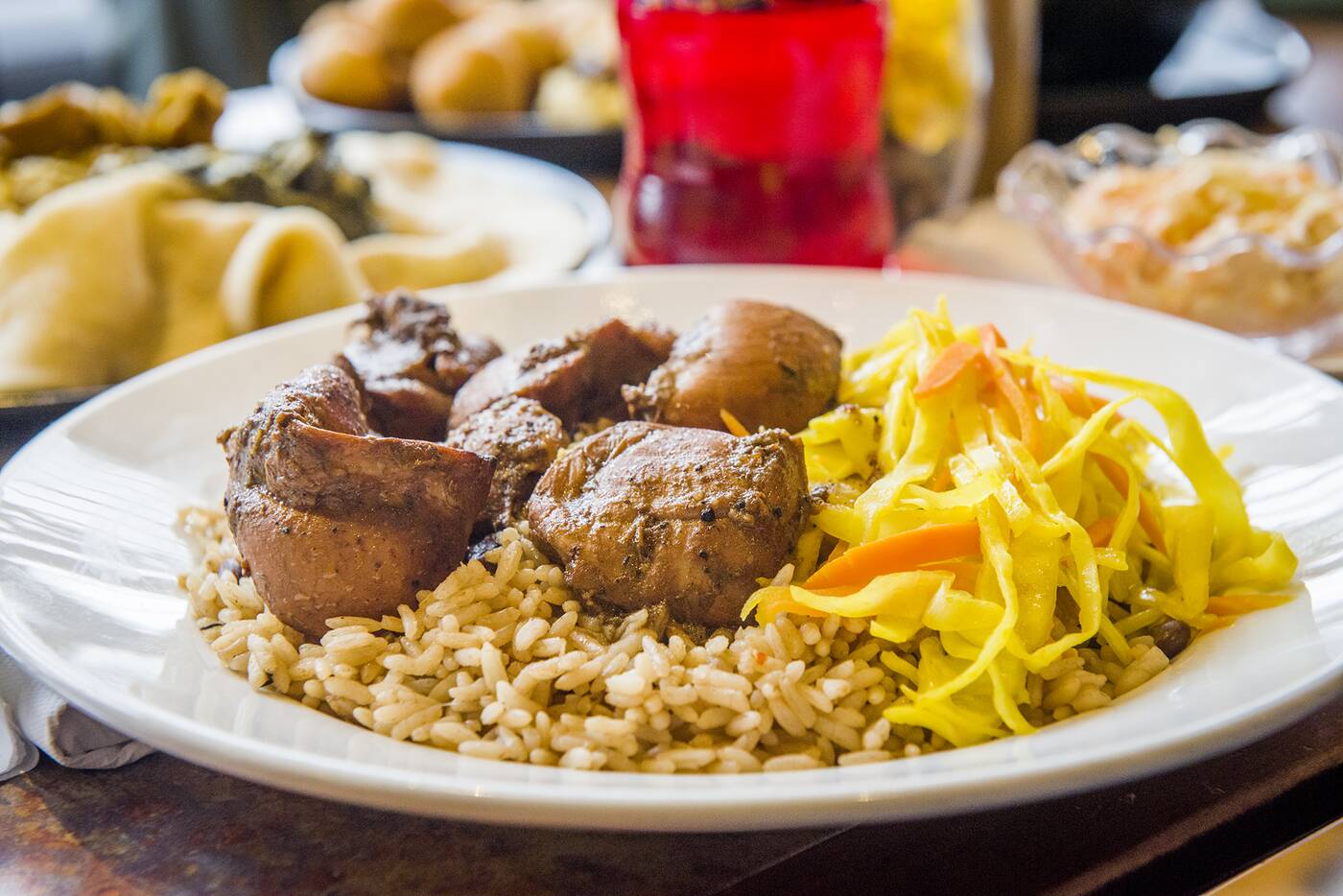 Boneless jerk chicken with rice and peas ($11.85) is somehow just as good as everything else, accompanied by cabbage and carrot, the meat torn into nice natural chunks that are juicy and spicy. 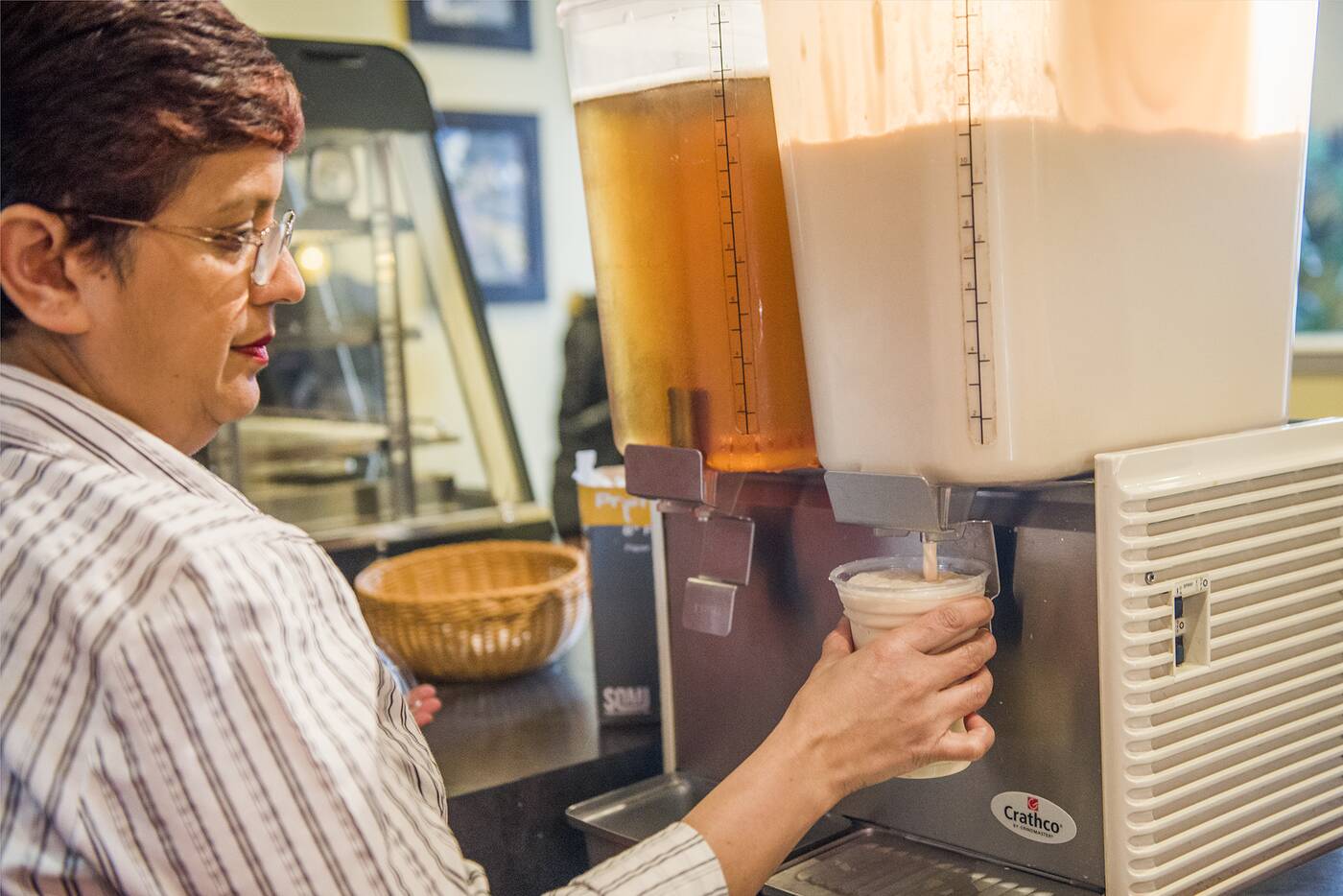 House peanut punch ($4.95) is thick, nutty, filling, and utterly slurpable. The viscosity and nuttiness reminds me a little of a tahini shake. 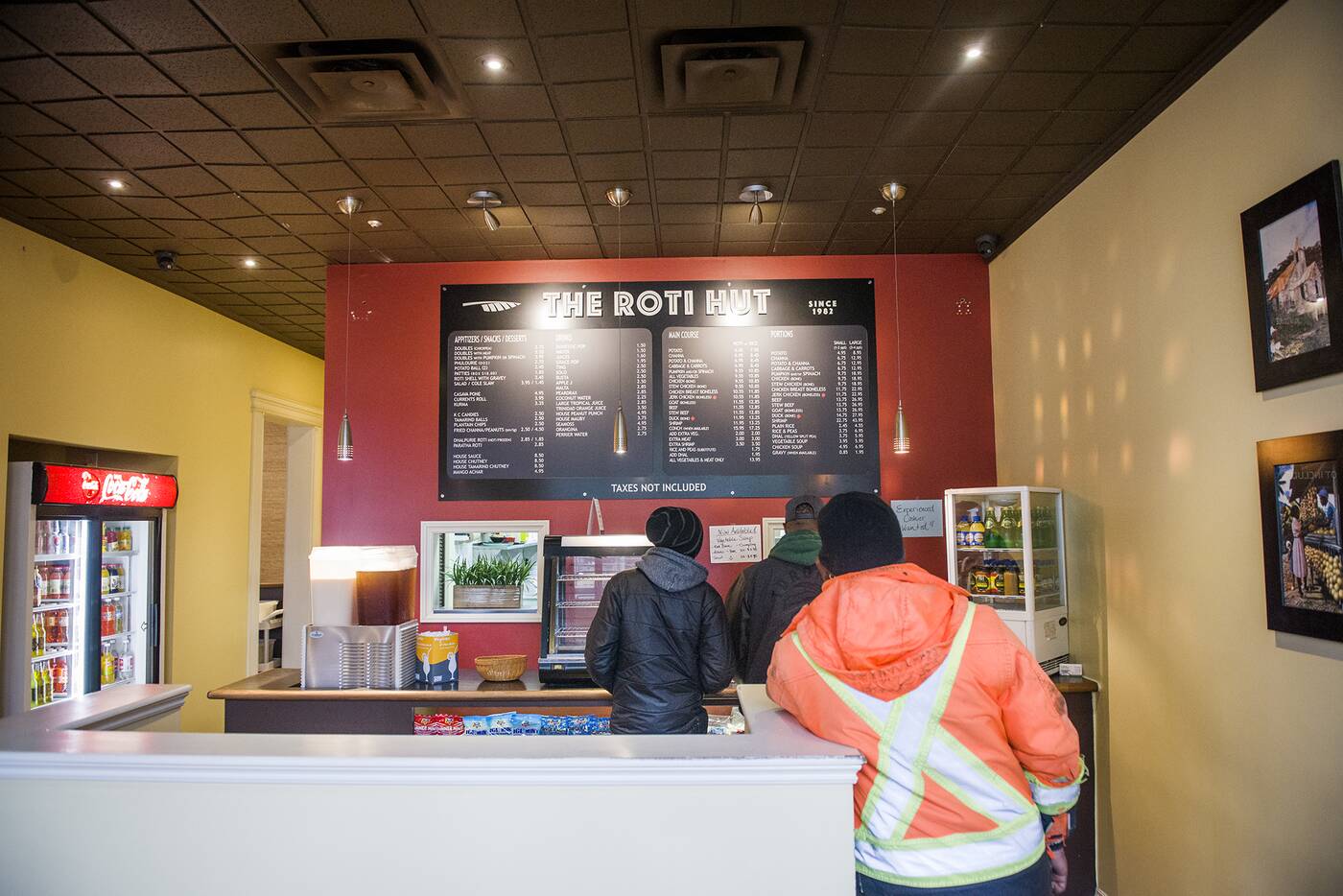 There’s a spicy and acidic house pepper sauce on every table, and it feels like I’ve only scratched the surface when it comes to the roti here: there’s also shrimp, duck, and even conch when available. The only way to keep discovering more is to come back time and time again to this reliable age-old family joint. 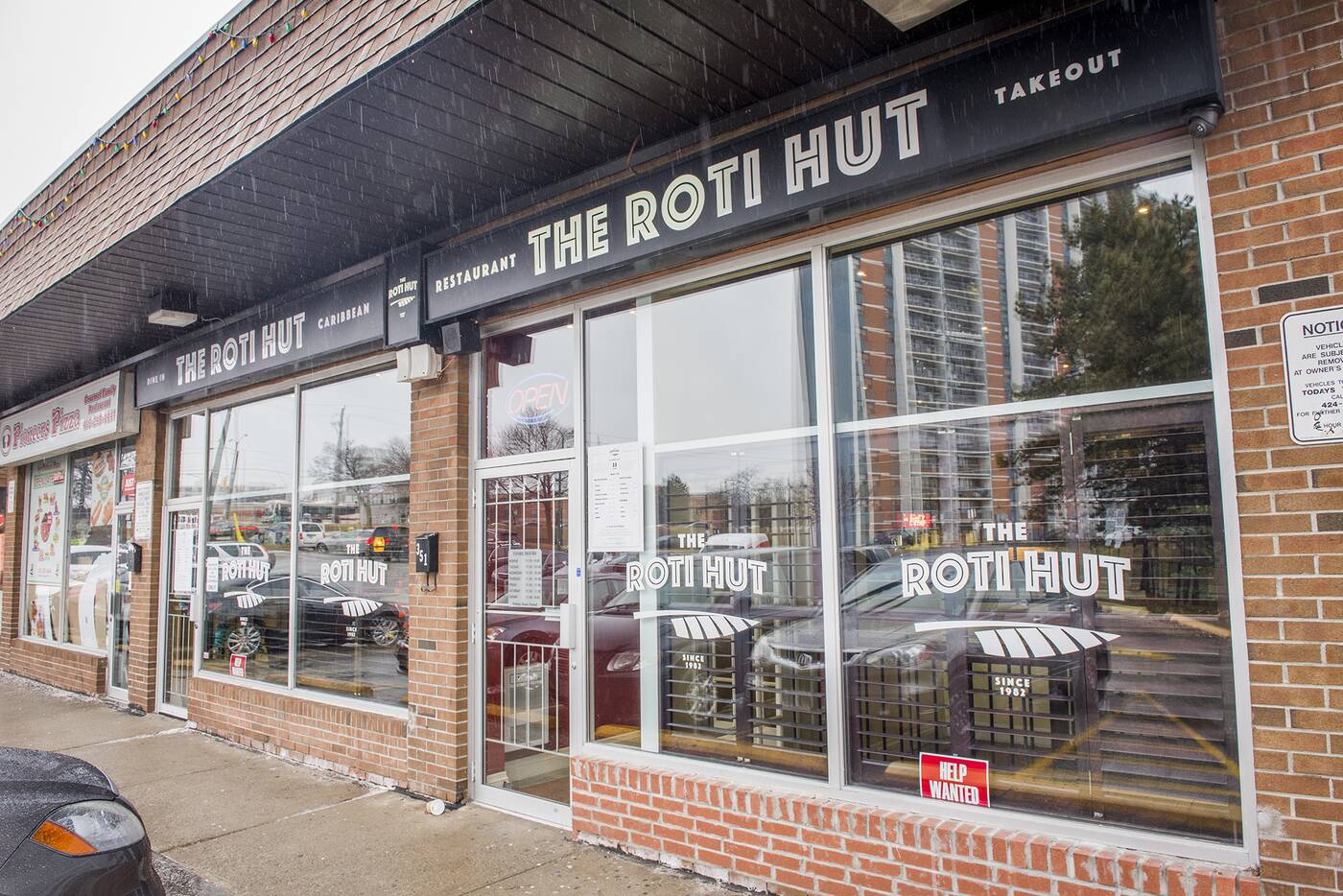