Pam’s Roti has been feeding the same neighbourhood in Toronto a simple menu of reasonably priced and freshly prepared Caribbean food for decades.

Pam’s once held court in the spot that’s now home to Greek cafe Filosophy, and the absence of the restaurant along with Pam herself was bemoaned by the community until this new spot was found. 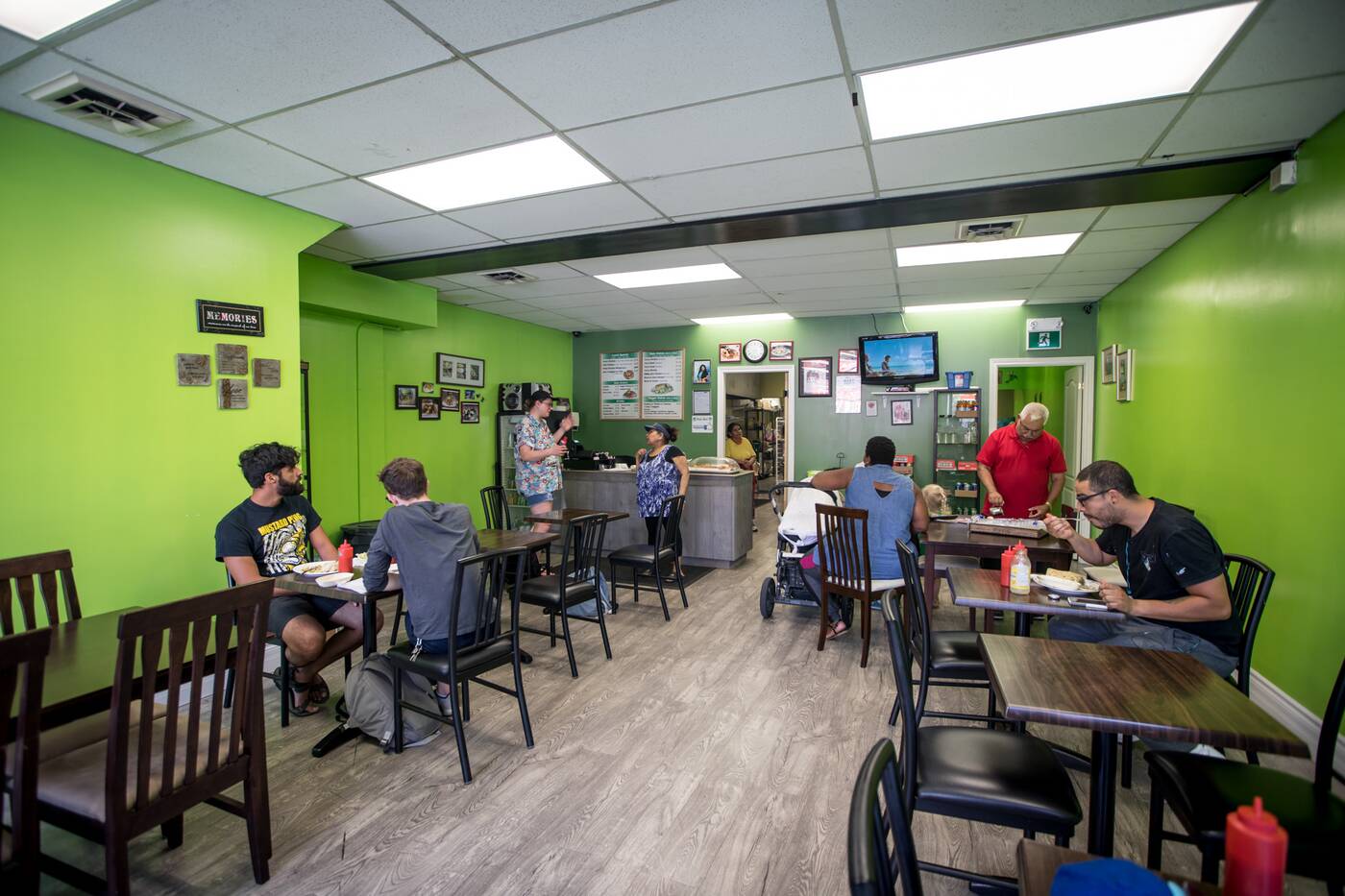 Little changed aside from the address, the walls the same shade of green I once found somewhat lurid. As soon as Pam explains that it’s the same Granny Smith colour as her beloved flag, the hue takes on a whole new meaning of freshness and pride. 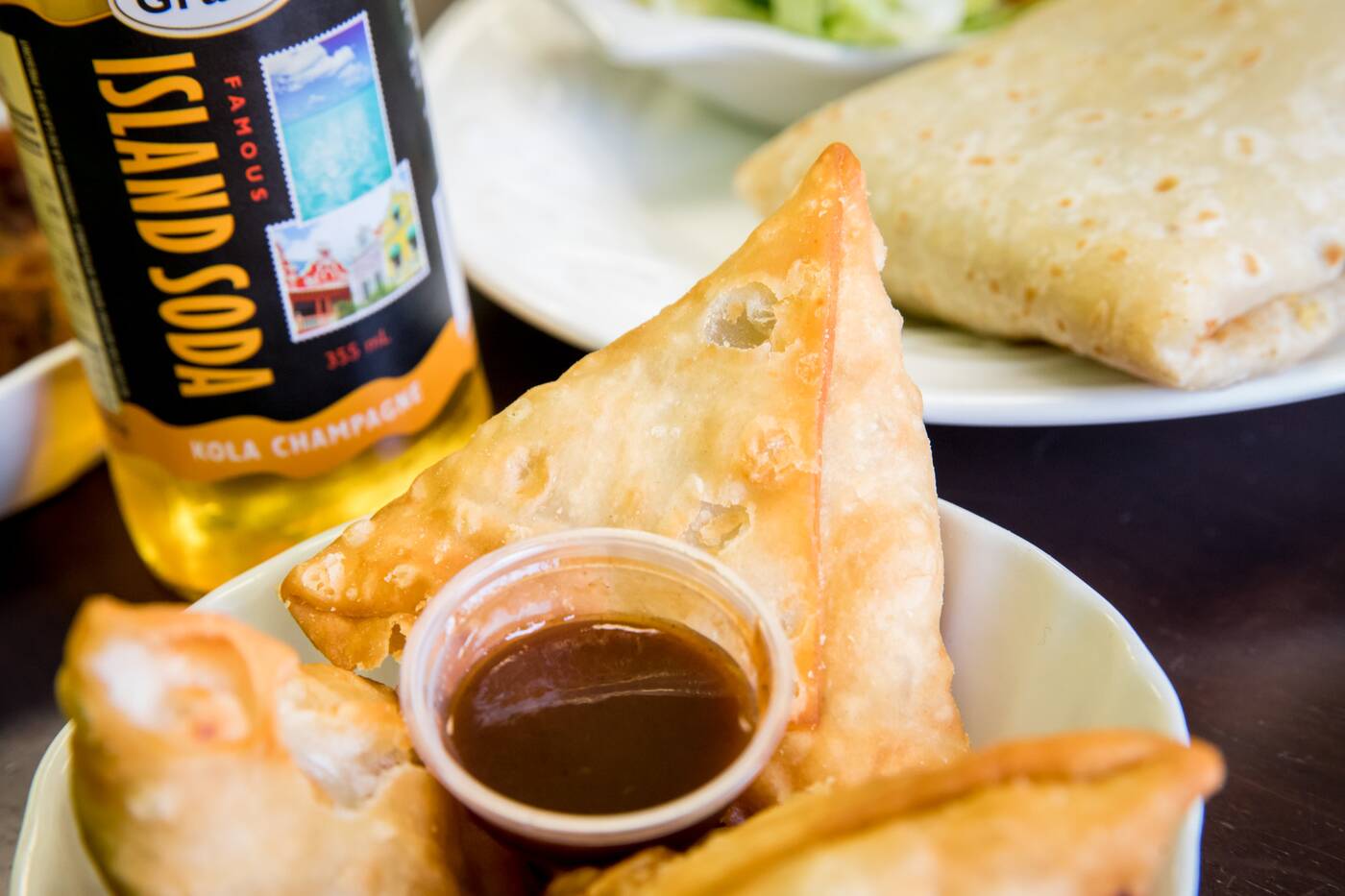 Samosas are just a buck each, the skins thick yet crispy and the filling made up of distinct chunks of potato and veggies. Especially good with sweet house tamarind and lethal house spicy sauces, even mixed together. 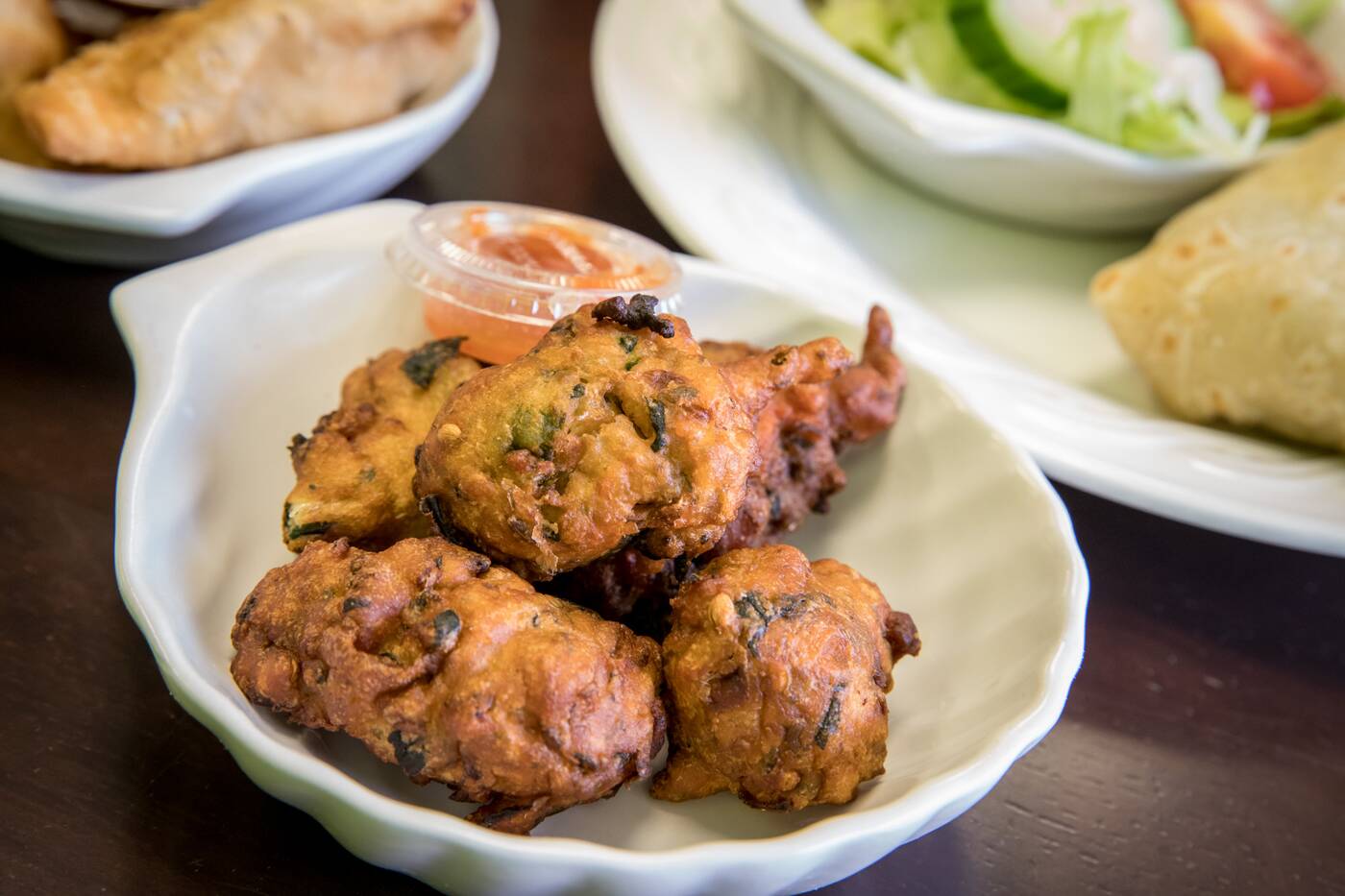 Veggie pakoras are somehow even more reasonably priced at 4 for $1.25 with even more of that bold whole spice flavour, rolled into decent-sized balls. Like pretty much everything, these go great with the sauces too. All recipes here are closely guarded secrets. 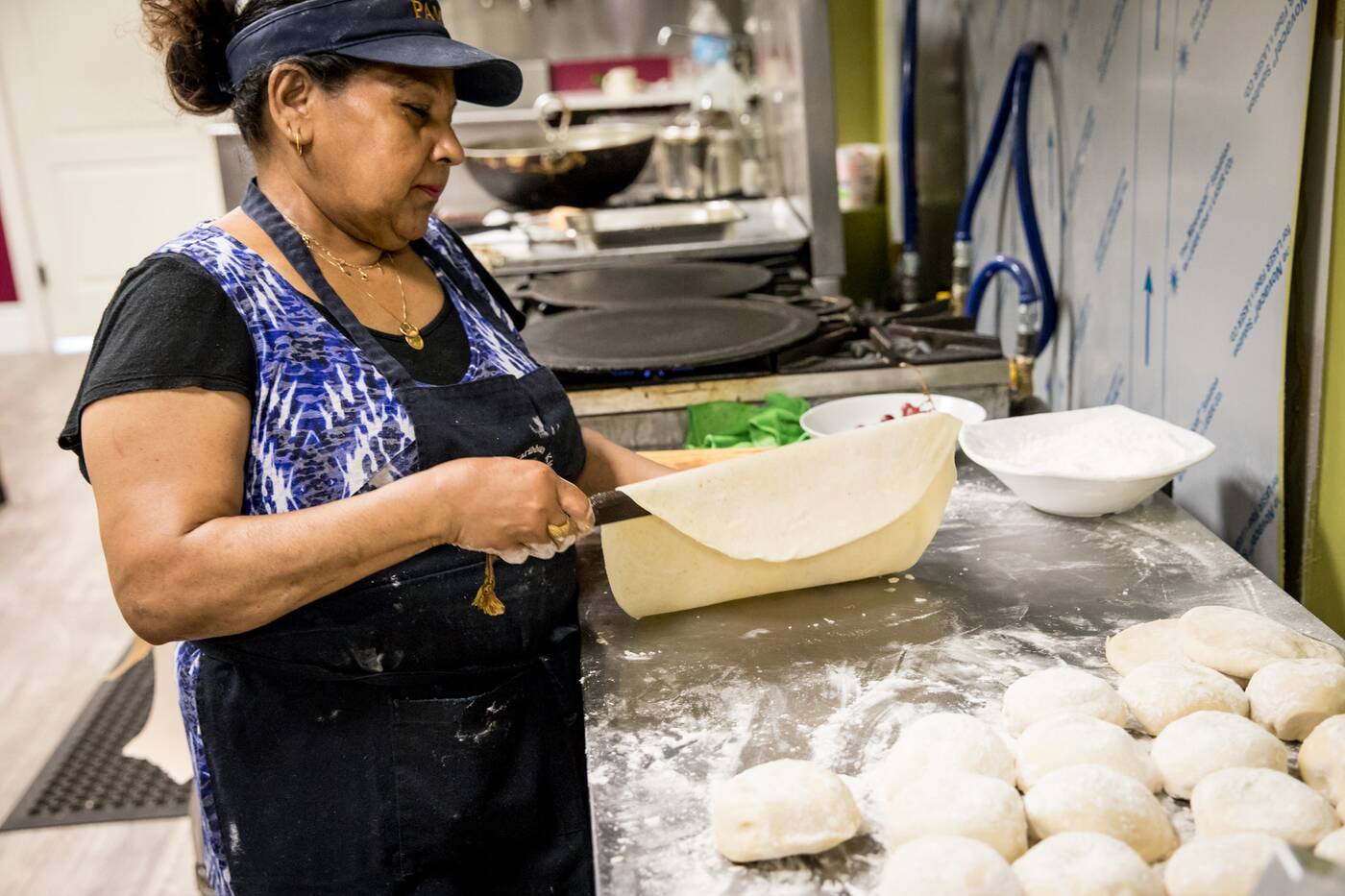 Roti are $9.50 across the board, almost all meat options boneless, $8.50 for vegetarian roti with potato and channa plus two of over half a dozen veggie options like okra, spinach, eggplant and squash.

All roti are made from scratch by hand in the back, Dahlpurie-style with finely ground peas between layers of delicate roti skin. 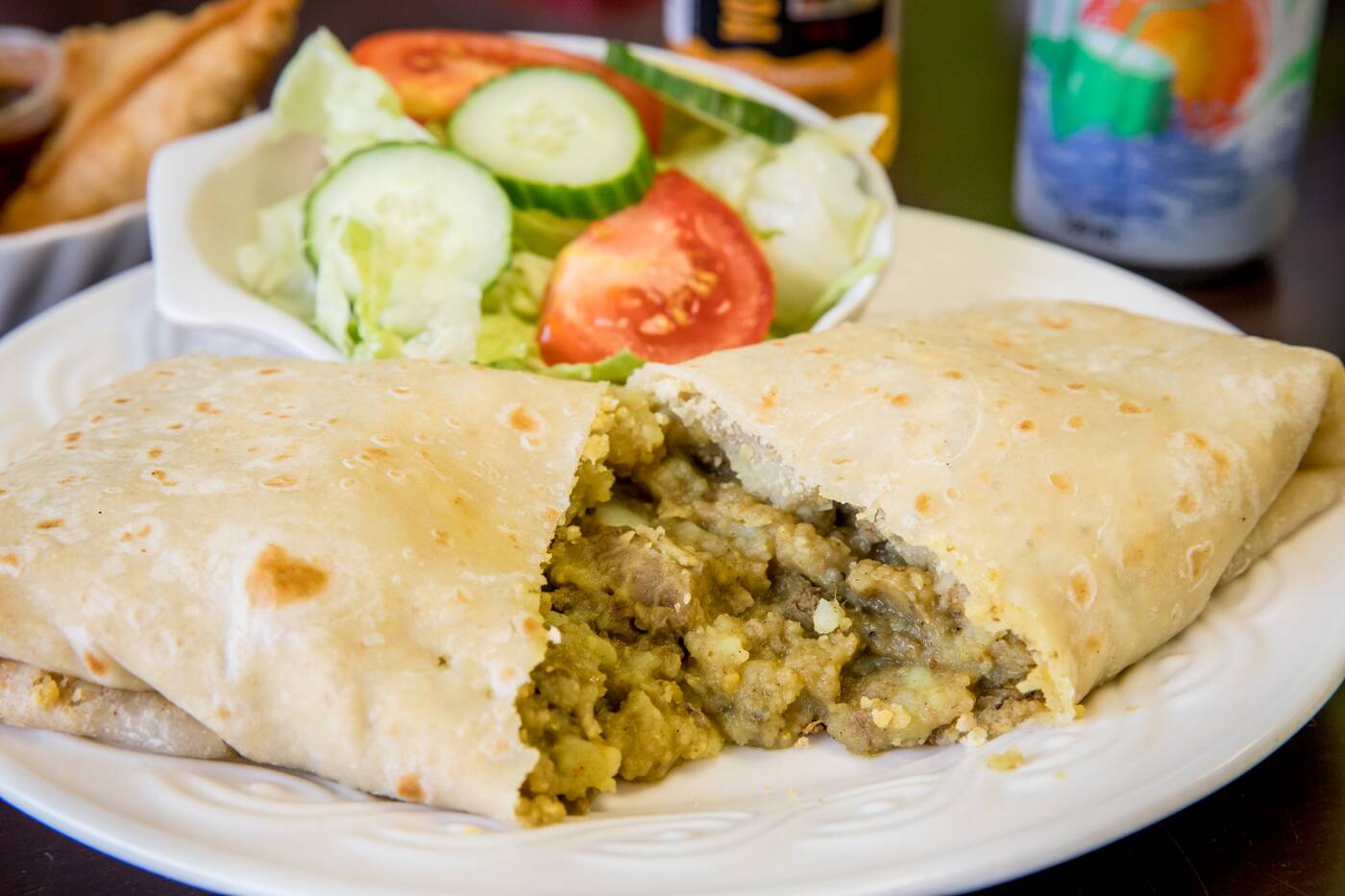 The boneless goat is the most popular, swimming in an aromatic golden curry made with a secret blend of familiar-tasting spices.

The meat is rich and complex in flavour, the chunks large but tender, same with the potato. A teensy dab of the hot sauce with a bite or two along the way, and this is a fiery, filling and belly-warming meal for under $10.

The goat comes with a refreshing little basic salad on the side, and even the dressing for this is punchy and acidic. When dining in, plates are brought out and cleared for you. 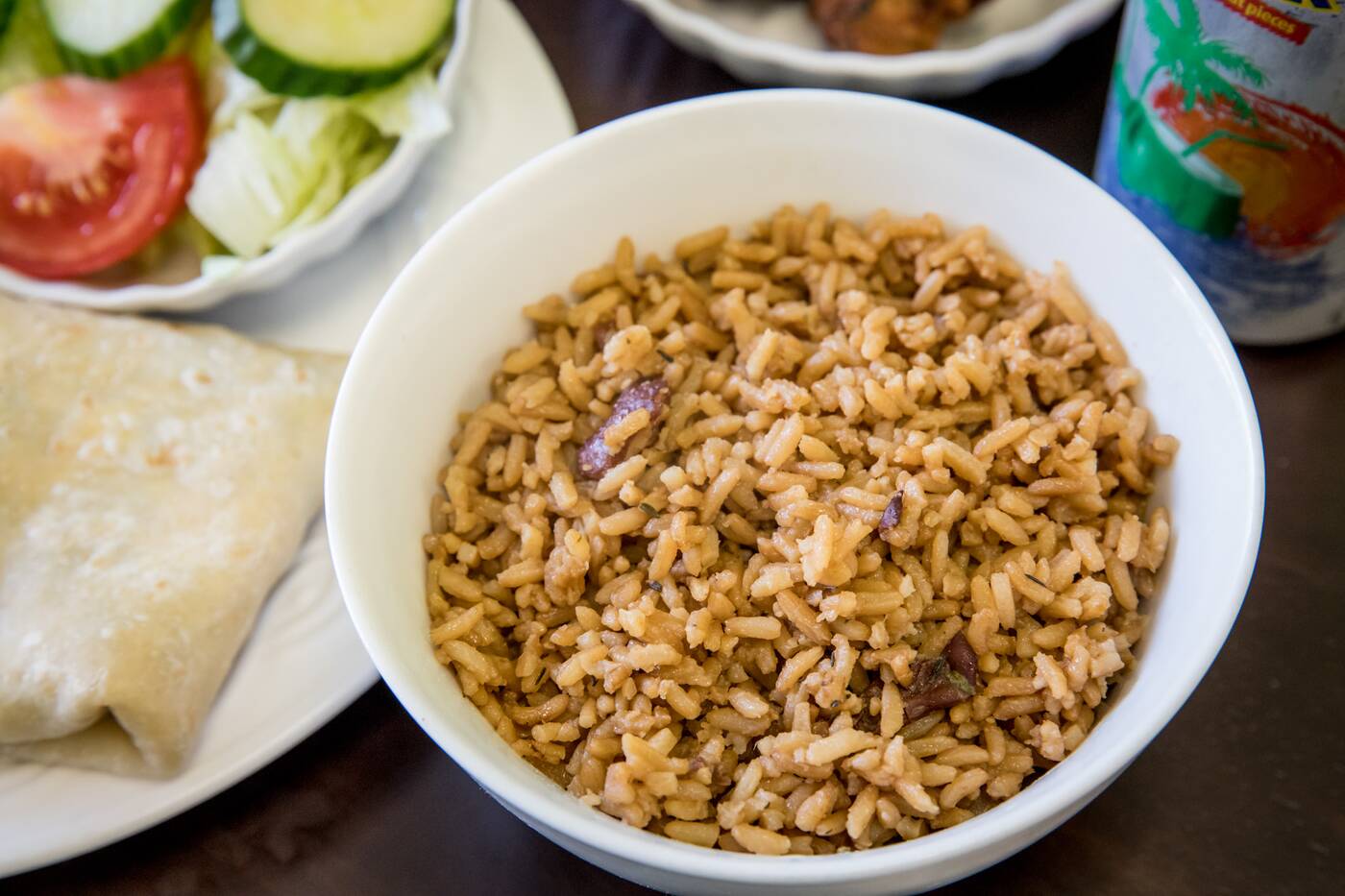 All dishes can optionally be made rice or roti meals, though pretty much everyone comes to Pam’s for the roti. A small side of deeply spiced, comforting rice and peas is just $3 if you want the best of both worlds.

Jameloon “Pam” Bacchus Singh arrived in Canada from Guyana in the sixties, and actually started out in the garment industry on Spadina.

Her story is featured prominently in the interactive web documentary and film The World in Ten Blocks, a movie about the neighbourhood where she’s lived for 50 years and where Pam’s Roti has always done business. 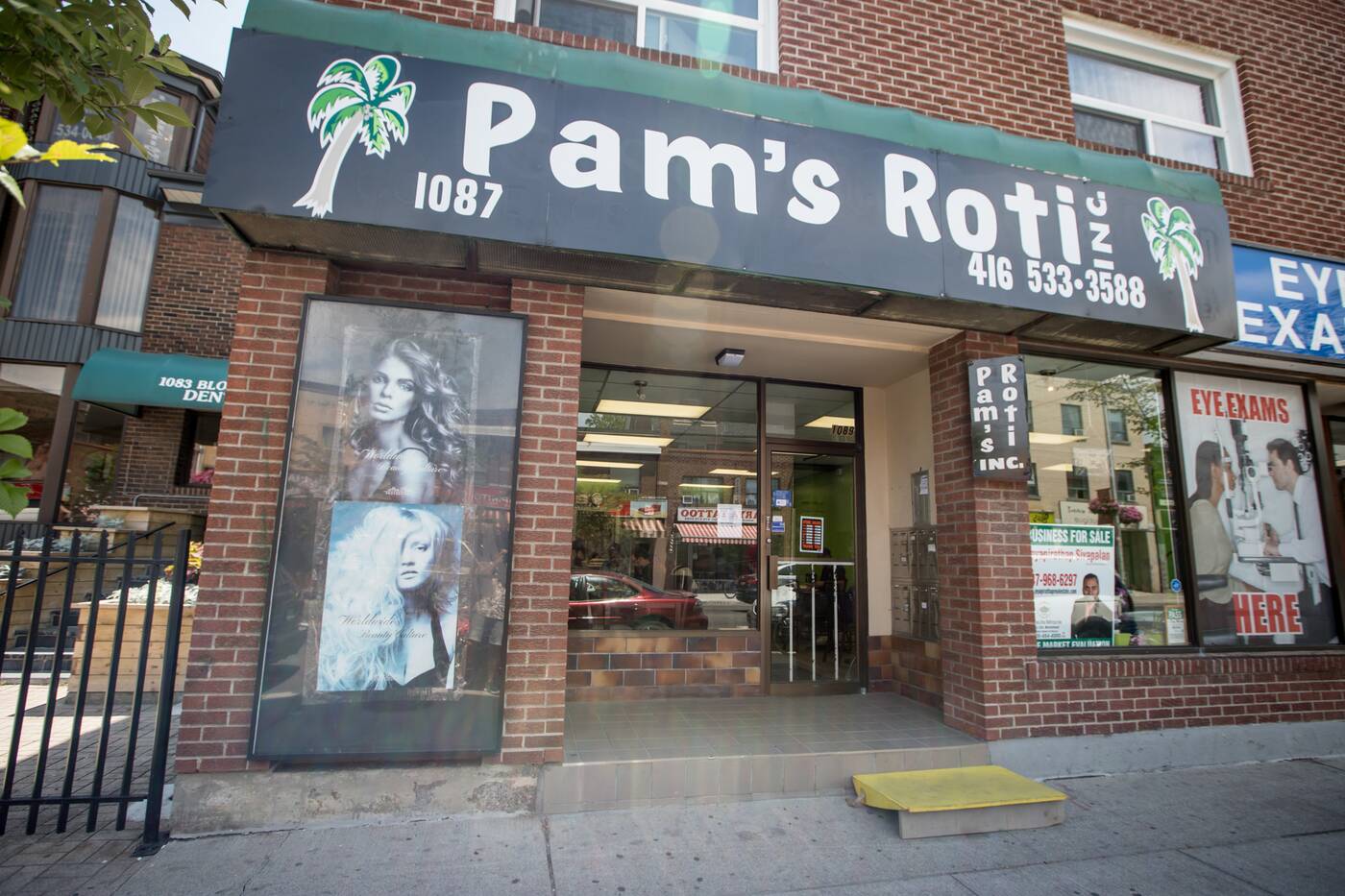