Square Boy has been one of Toronto’s most dependable old school burger joints for decades.

They’re mostly known for their cheap gyros, souvlaki, and burgers, but also have great deals on whole BBQ chickens ($12) that can feed several. 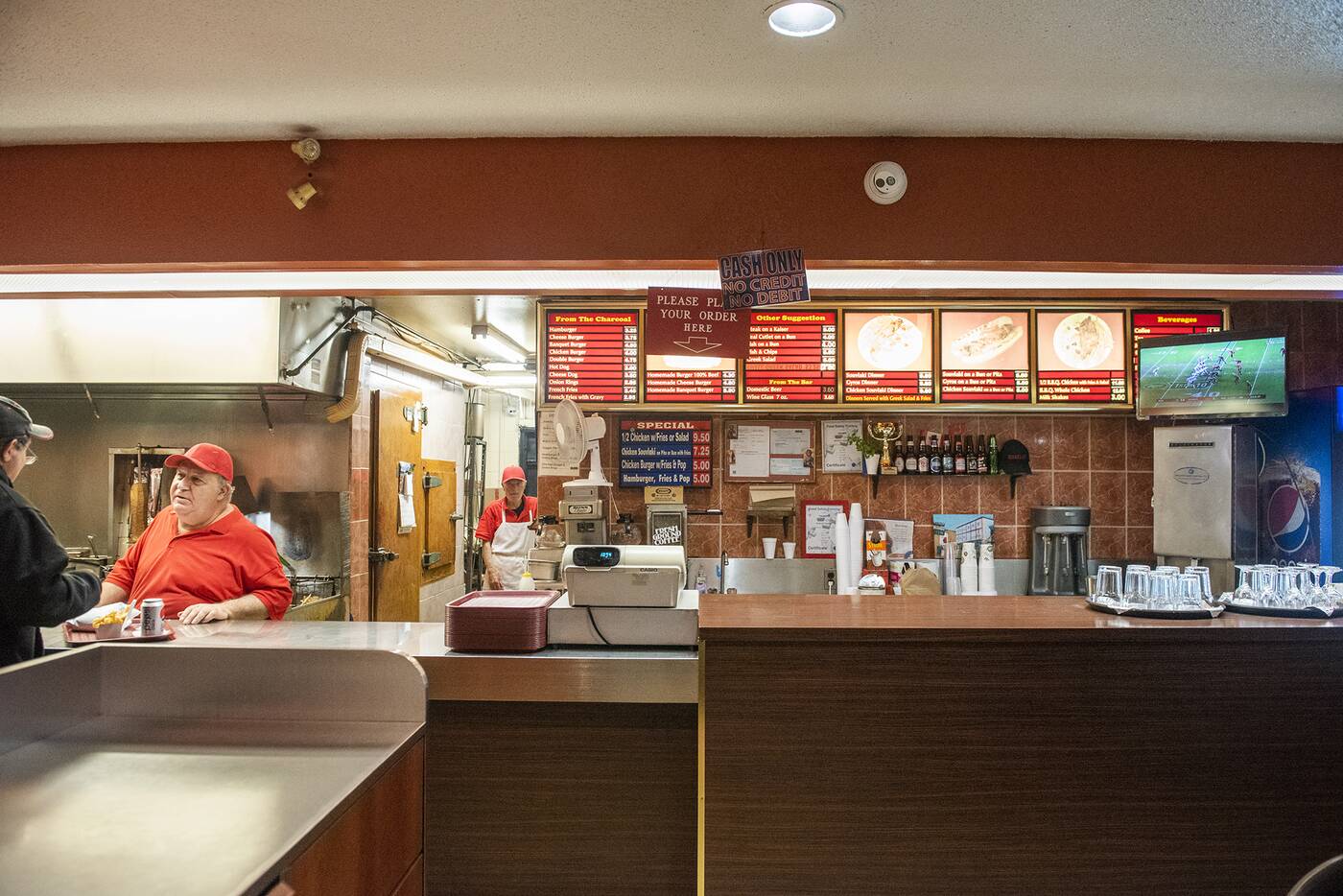 The interior is disproportionately shallow under the glowing monolithic sign, but there is a patio out front. 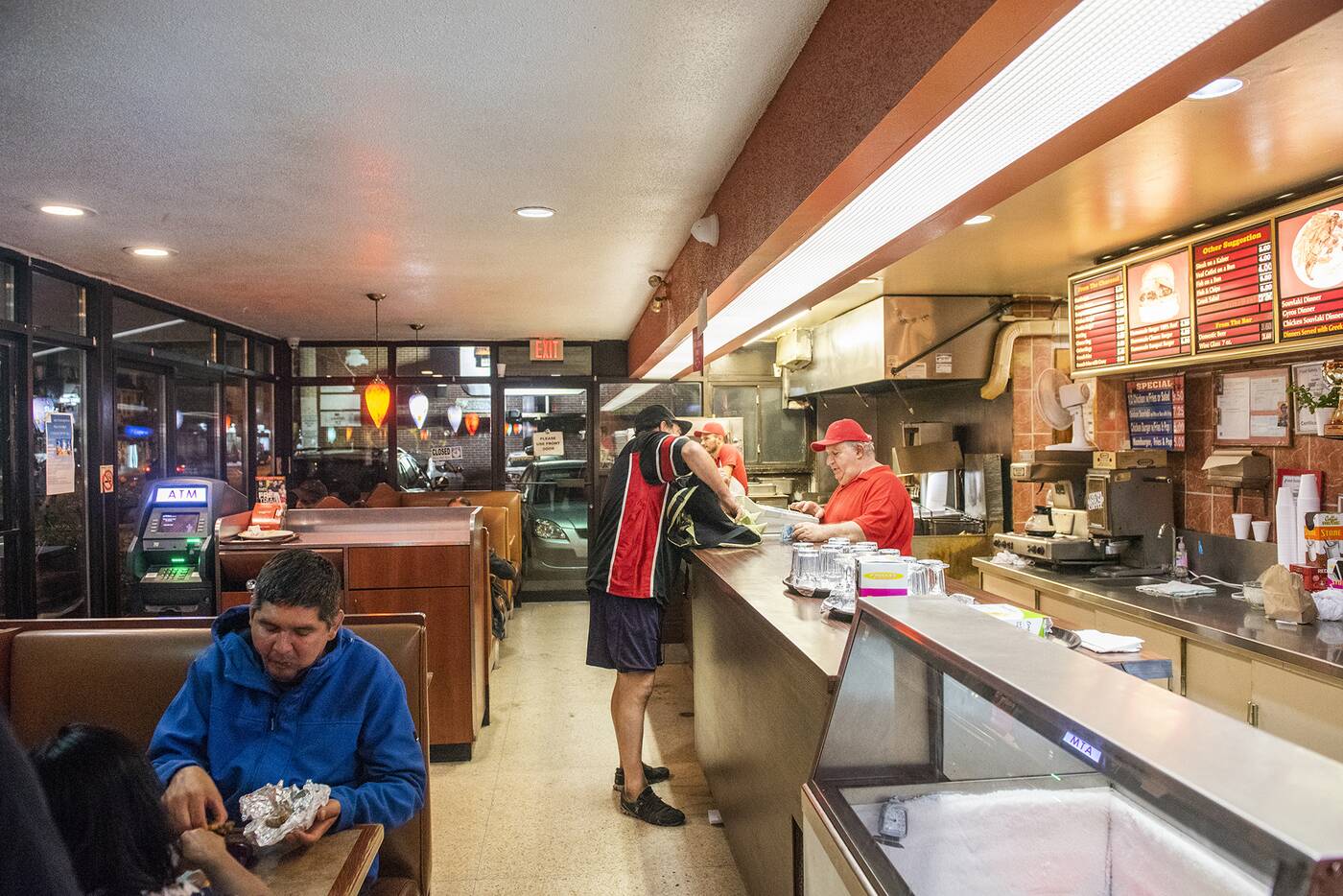 The first thing you see when you walk in is a phalanx of workers in red hats and shirts manning a smoky grill. The second thing you might see is an arcade game bleeping away next to retro booths. 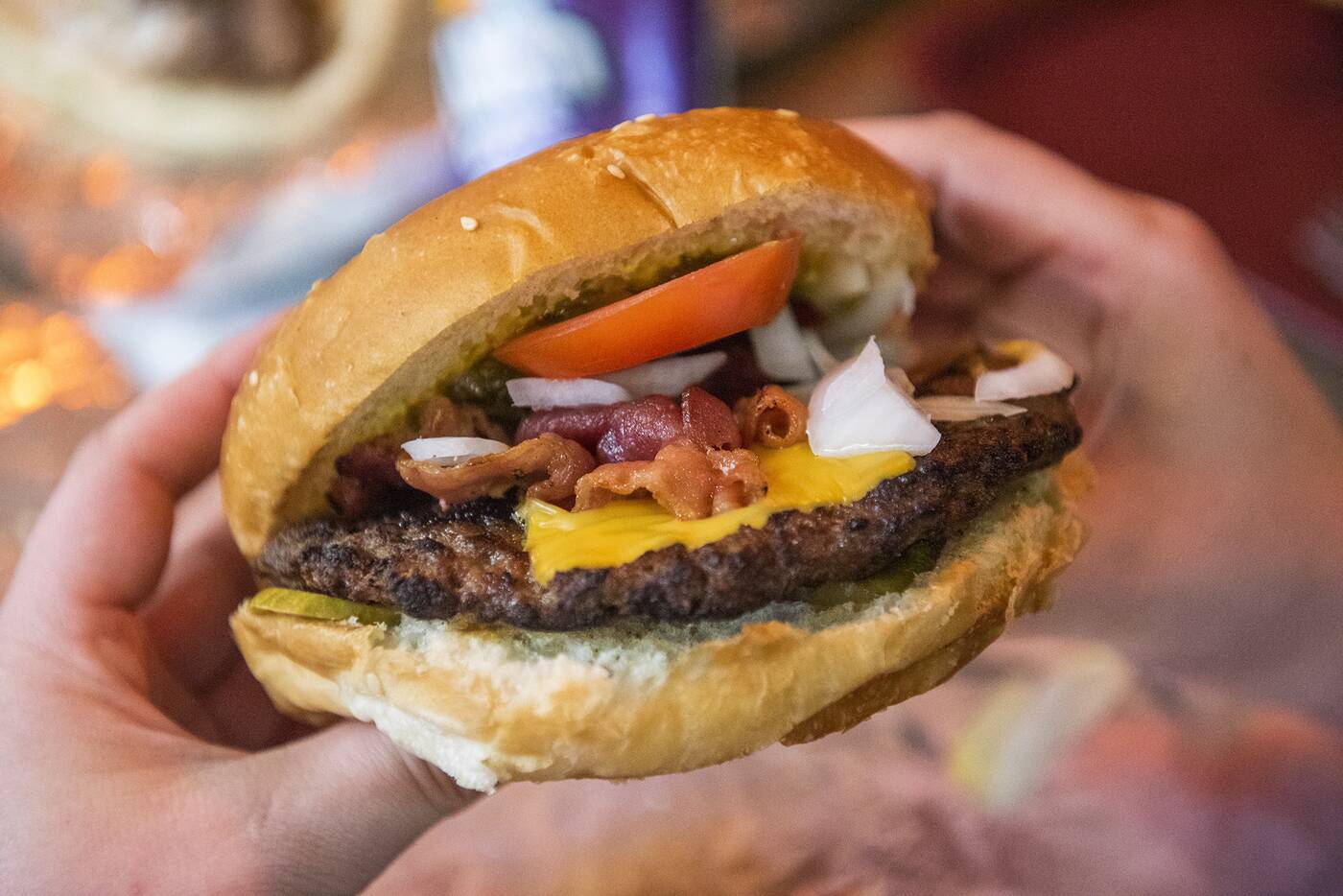 Go for the homemade banquet burger ($5.90) with a 100% beef patty rather than falling for the ultra-low prices of other burgers. They may cost just a couple bucks but the patties aren’t made here. 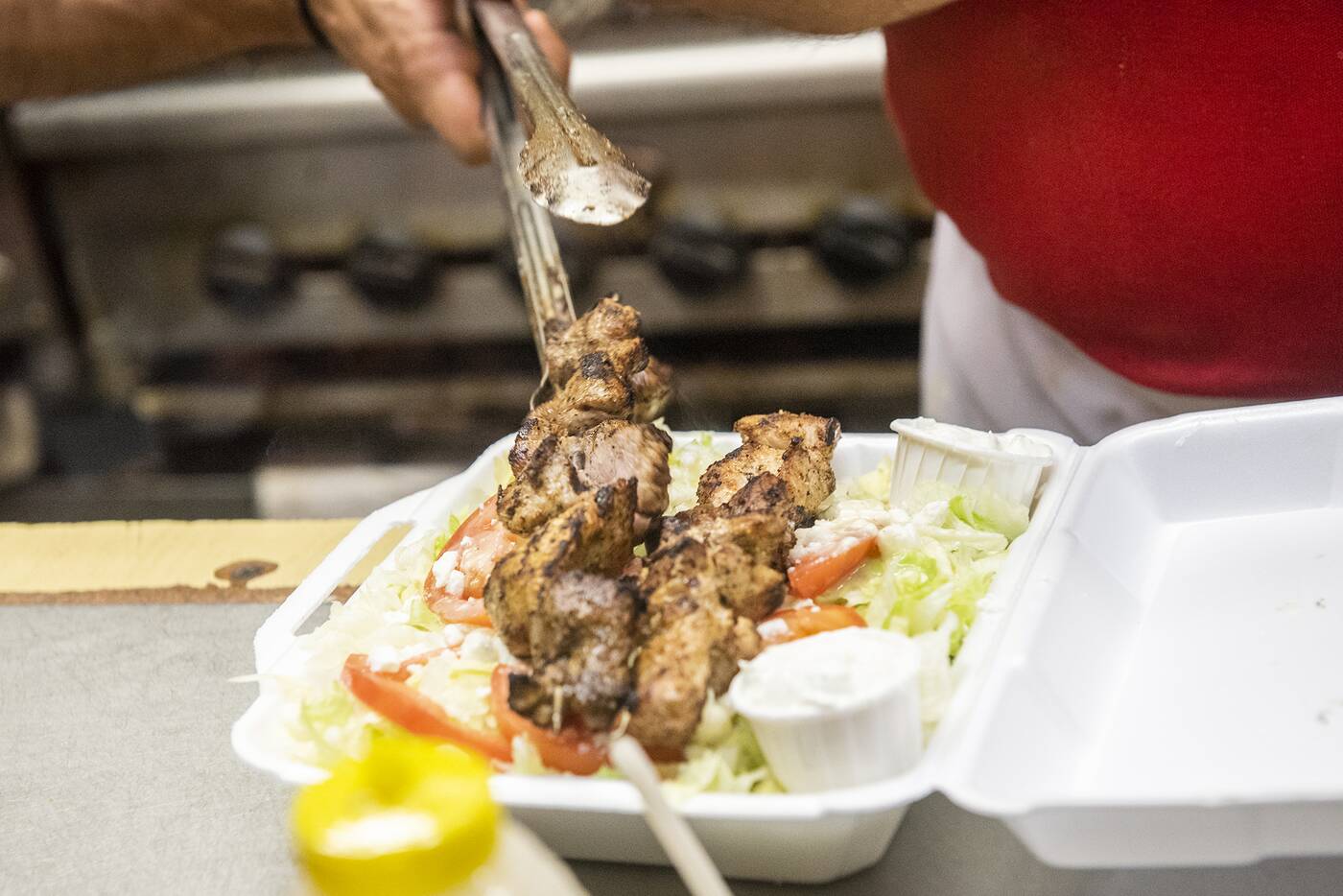 Everything is grilled on the same grill in full view of customers, orders yelled out in the fashion typical of an iconic burger joint. You also choose your own toppings for burgers in the tradition of these kinds of places. 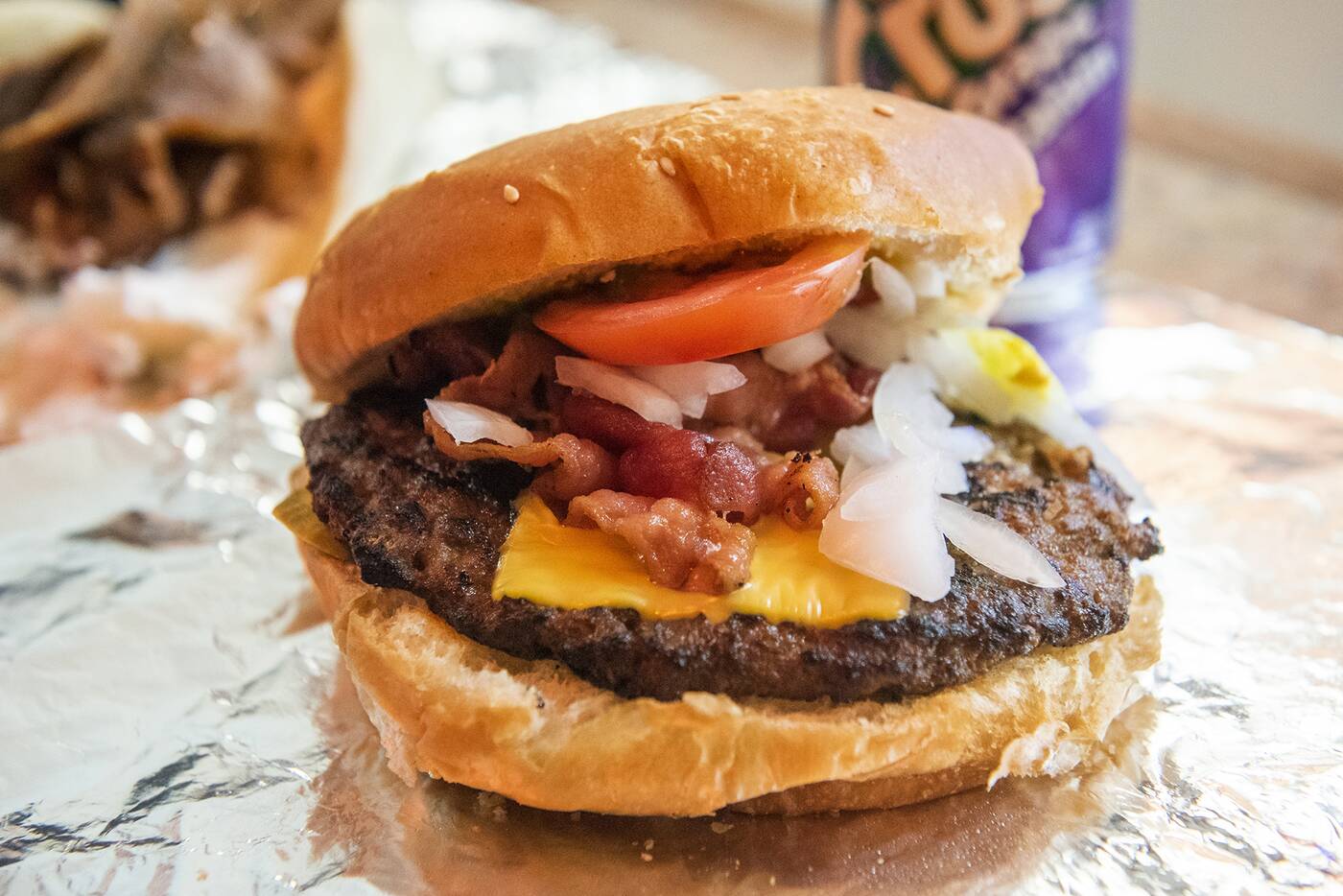 The patties are large, dense and smoky-tasting with a pure beef flavour, the buns puffy, a half-square of American processed cheese and chewy bacon topping the banquet. 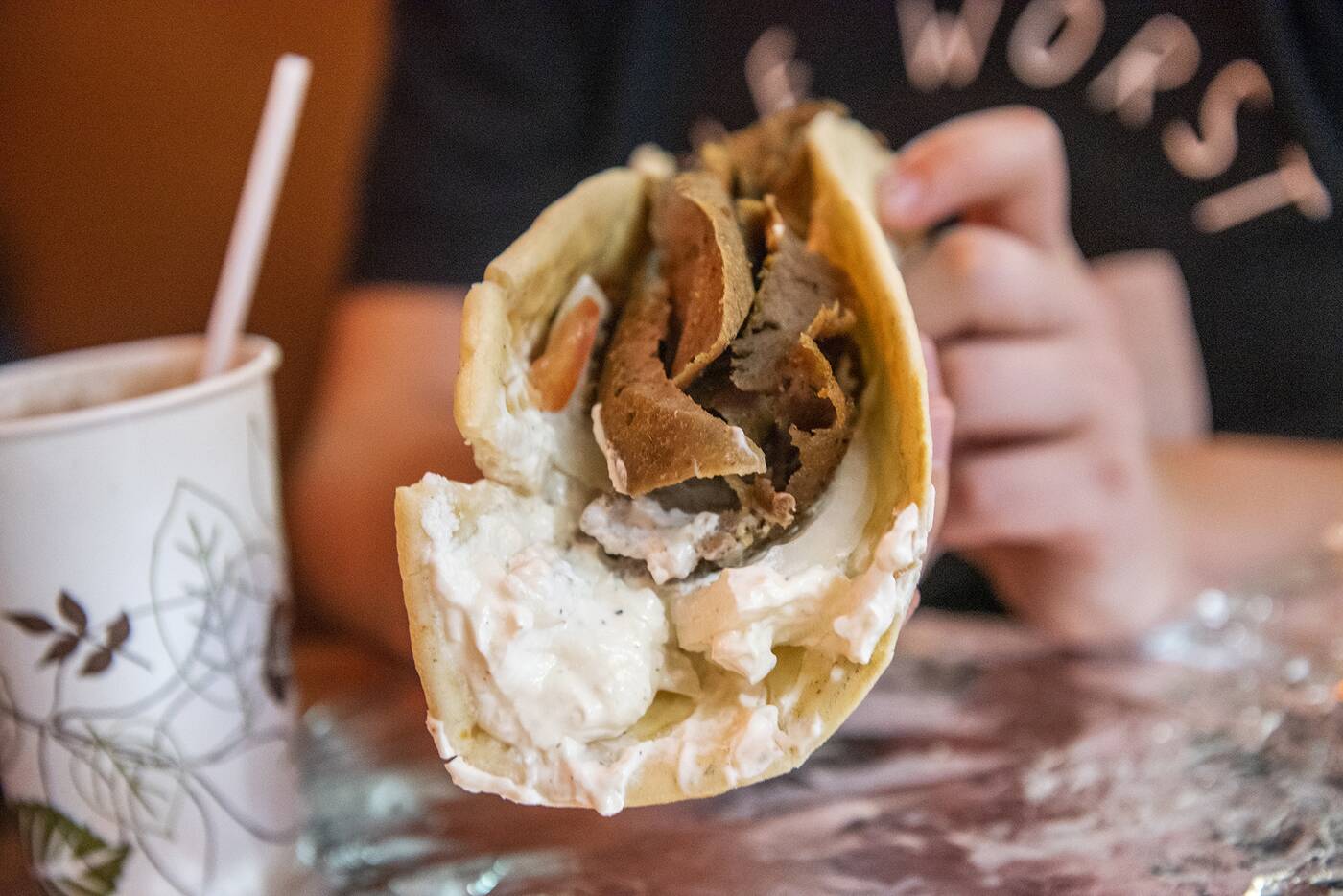 Gyros on a pita ($5) are another cheap late night go-to. Gyro meat made of ground beef and lamb mixed together is packed onto a vertical spit rotating, again, in full view of diners, shaved off in thick, curly strips. 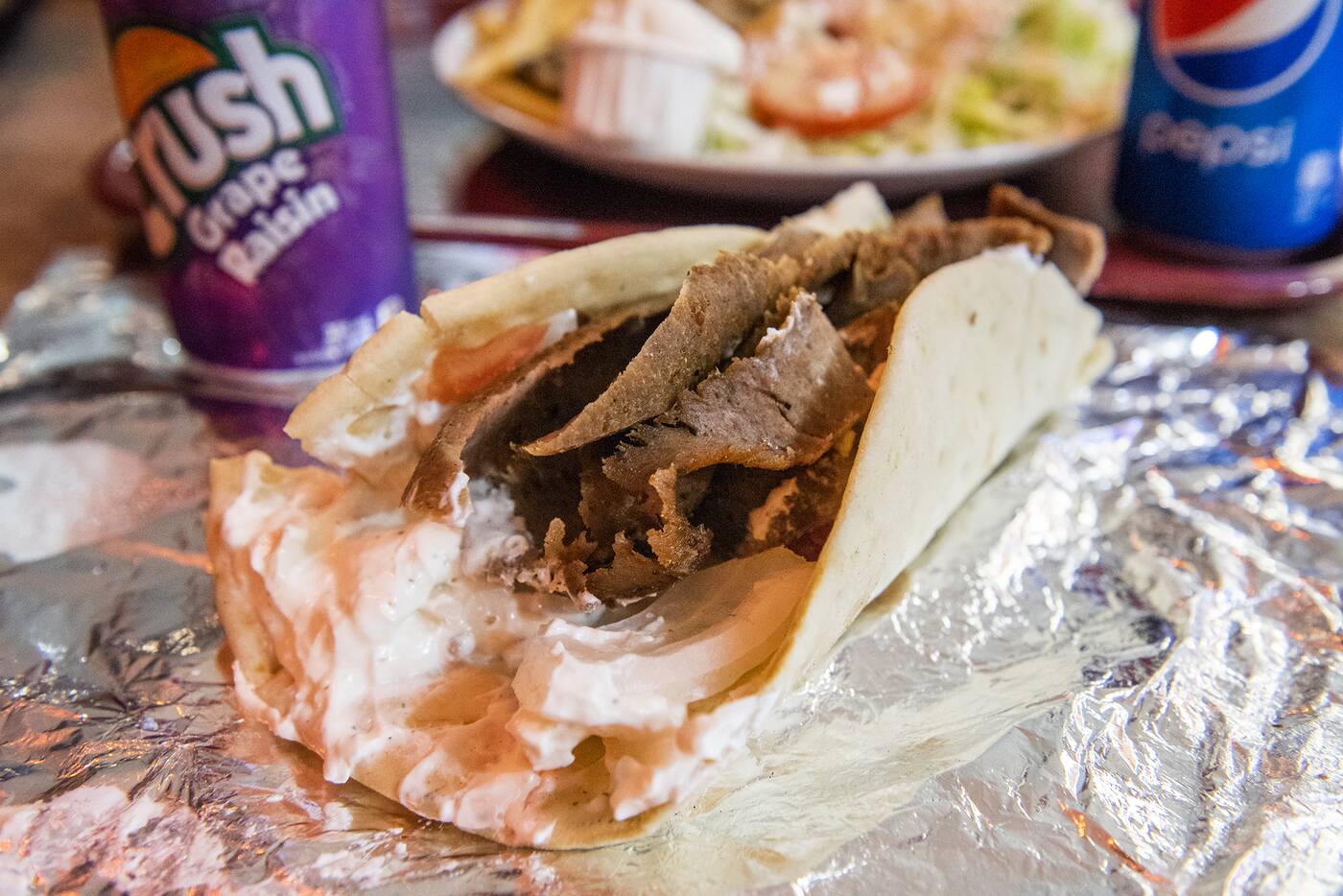 The pita is soft and pillowy, the meat zesty and hearty, set off amazingly by the usual accompaniments of sloppy tzatziki, potent raw onion and sweet juicy tomato. 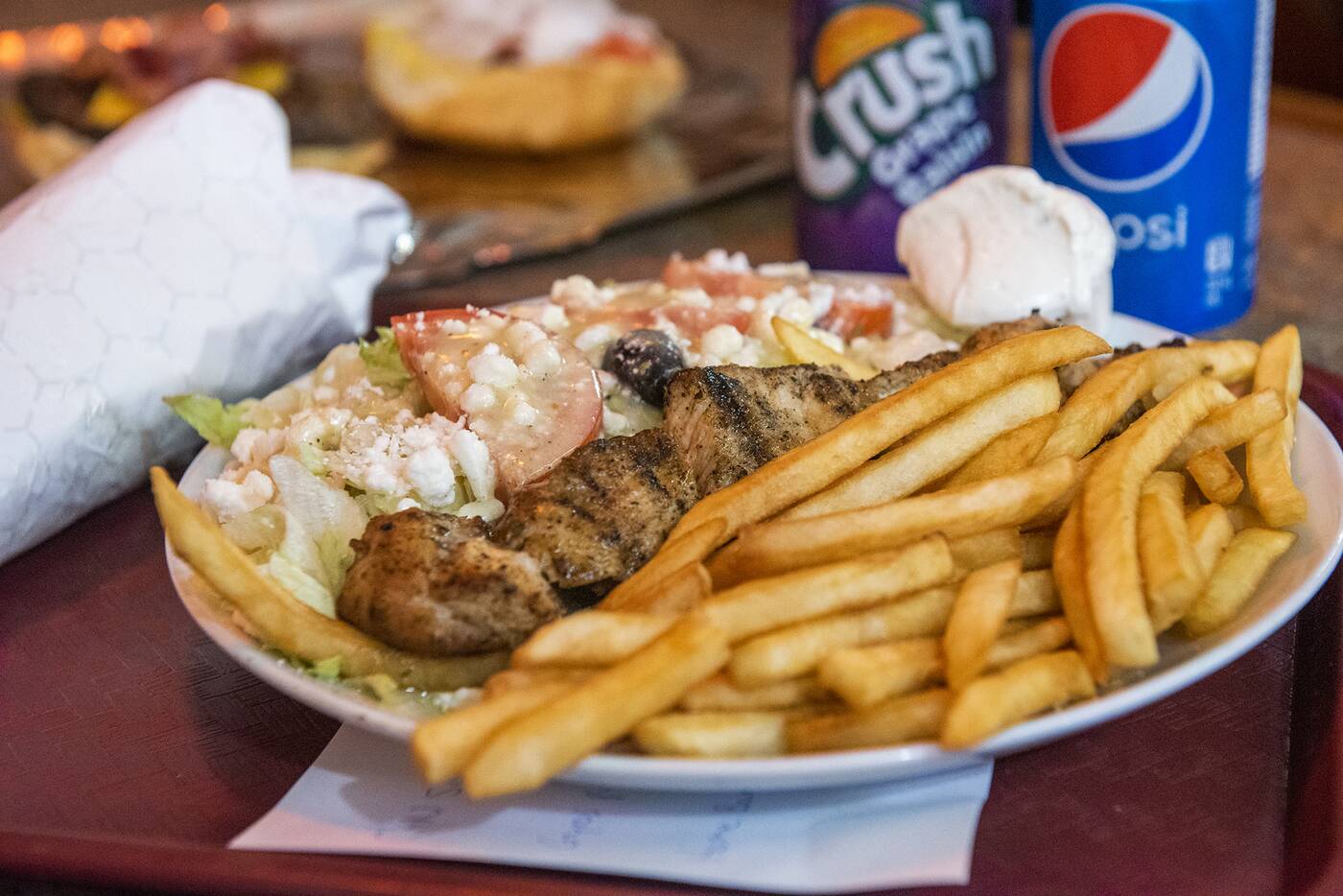 A souvlaki dinner ($9.50) is a full well-balanced meal and extremely popular here. The marinade is a well-guarded secret, not even revealed to most staff members, but whatever they’re doing it renders the meat juicy with a good amount of char on the exterior. 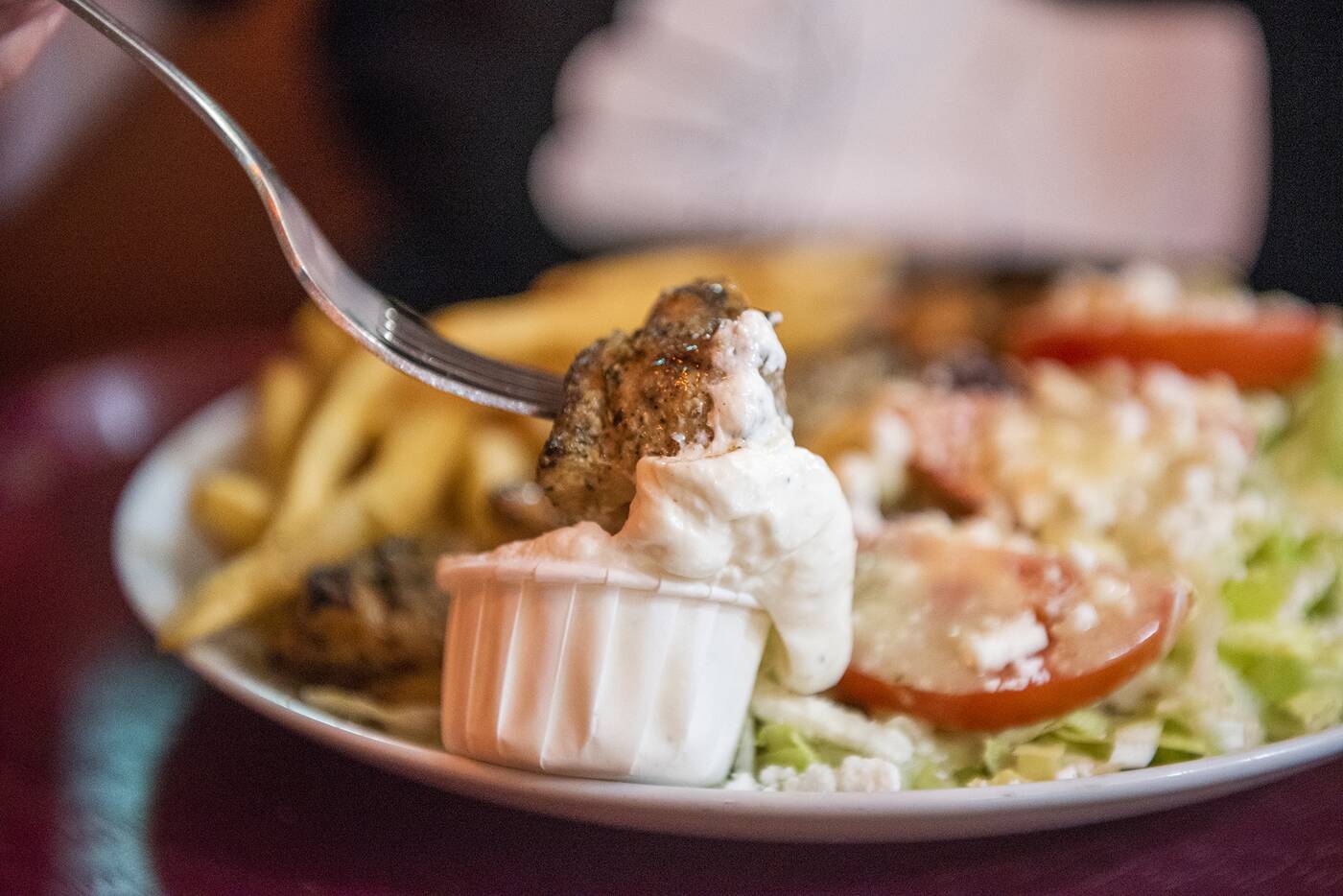 Though the fries are clearly frozen they’re satisfying, especially dunked in gloppy, garlicky tzatziki, and the side salad is actually really solid, complete with crumbly feta, a citrusy but creamy oil dressing, fresh tomato slices and meaty olives. 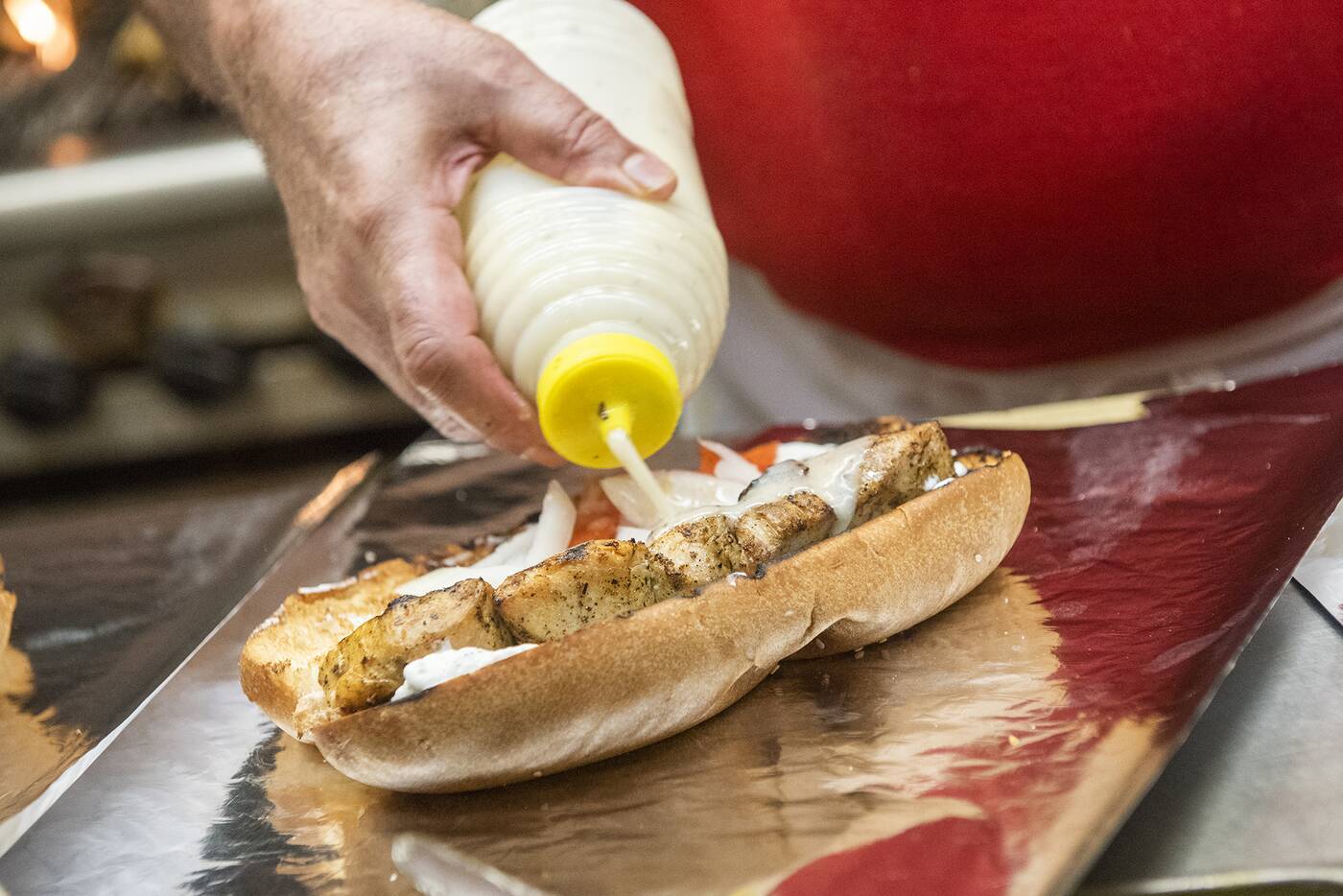 Get souvlaki or gyros as a dinner, on a pita or on a crispy toasted roll. 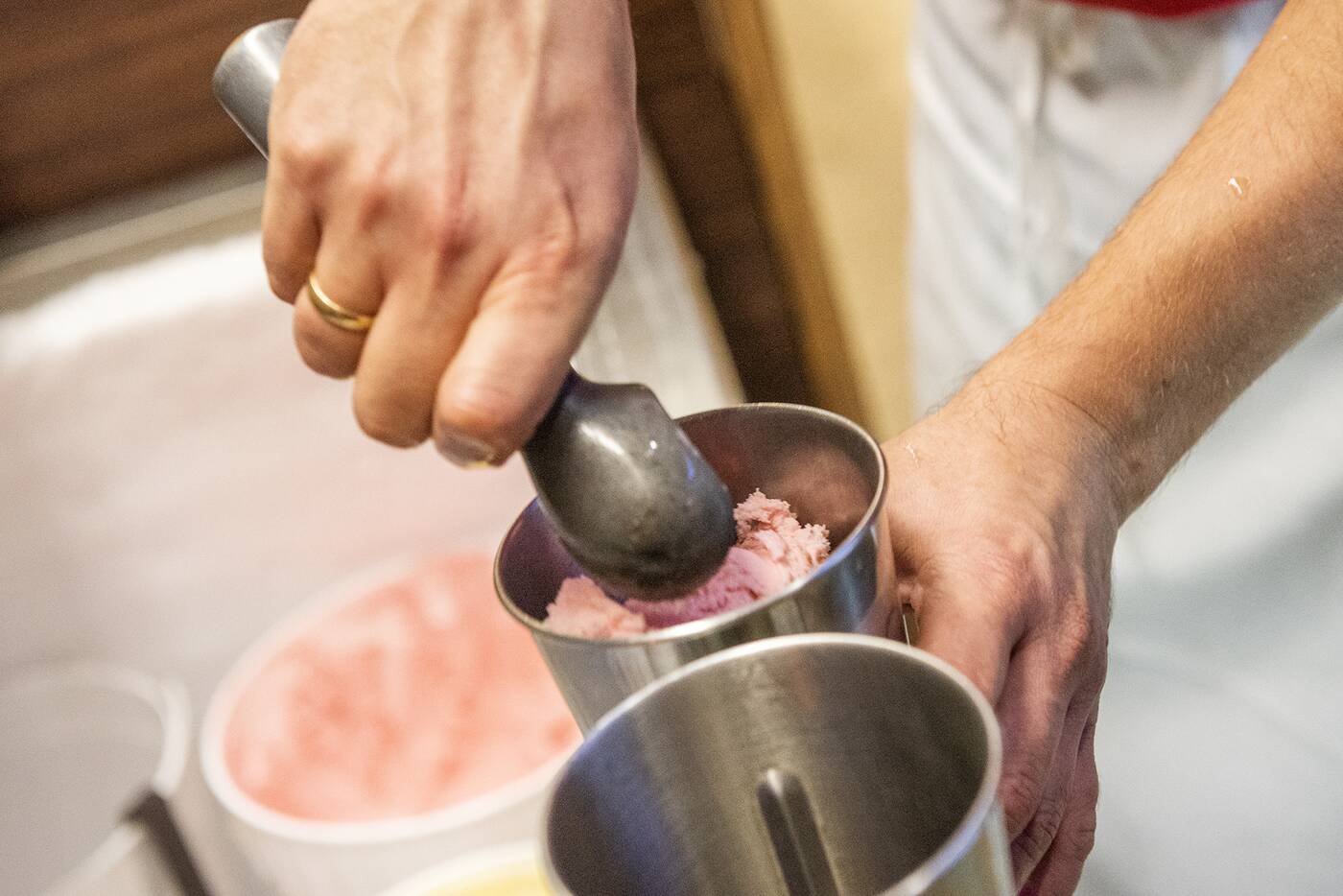 Shakes ($3) are crazy cheap even though they’re made with hand-scooped hard ice cream. 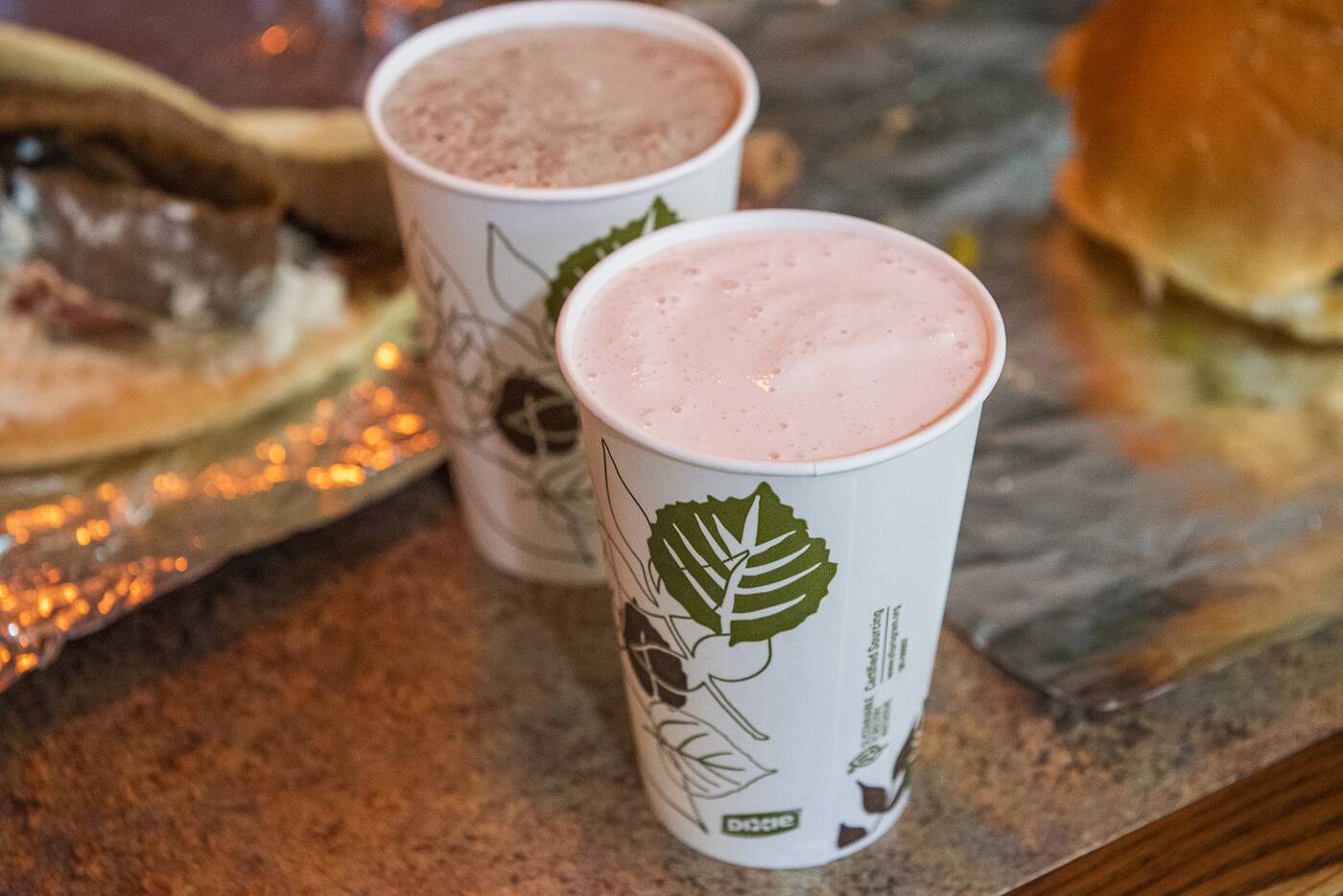 In classic flavours, they have that homestyle taste of a milkshake made by mom with the real, basic ingredients found in any fridge.

When it comes to libations they’re actually also licensed, domestic beers going for around $4. 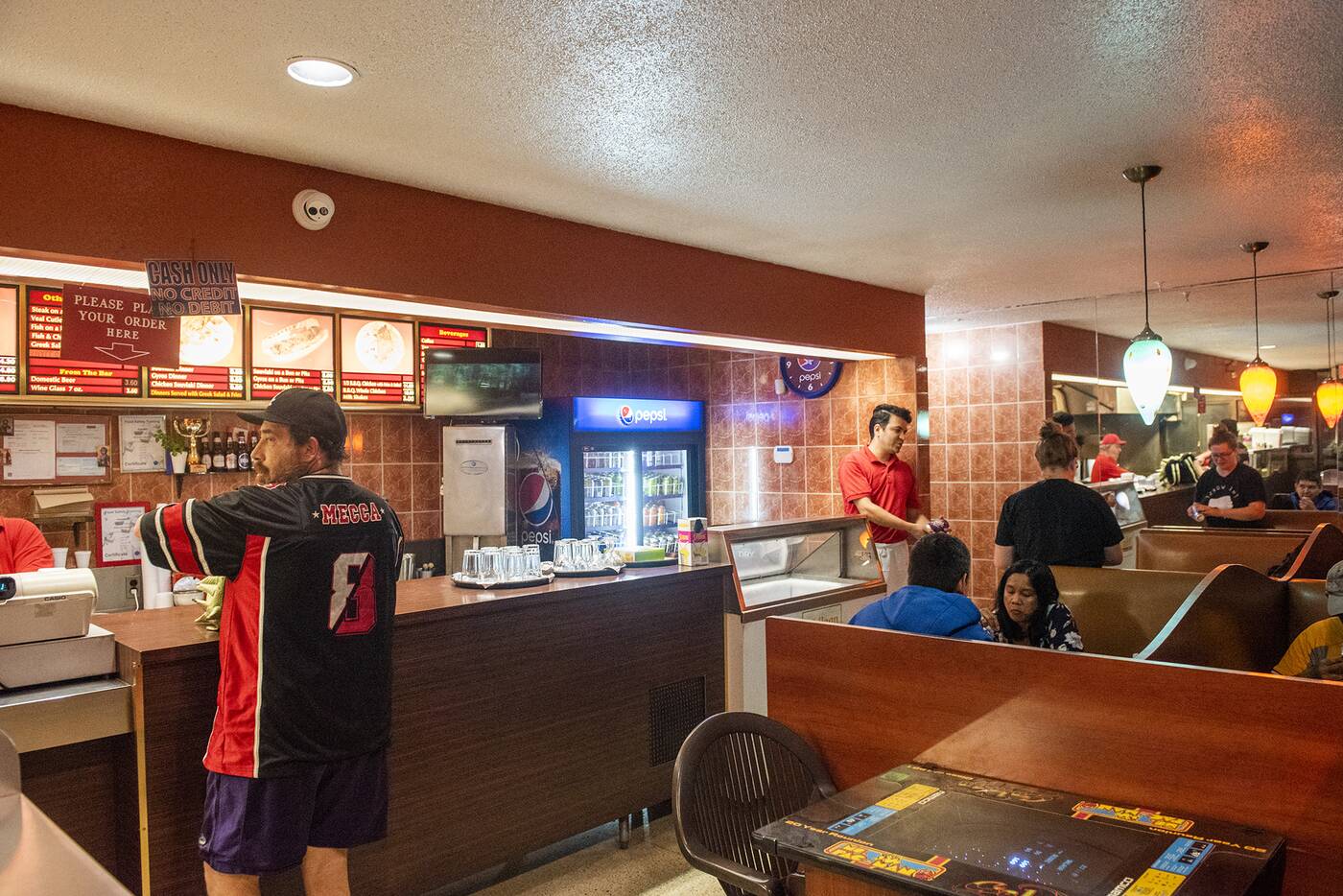 Square Boy feels like stepping into a cartoon, comic book or timewarp that I never want to escape from. 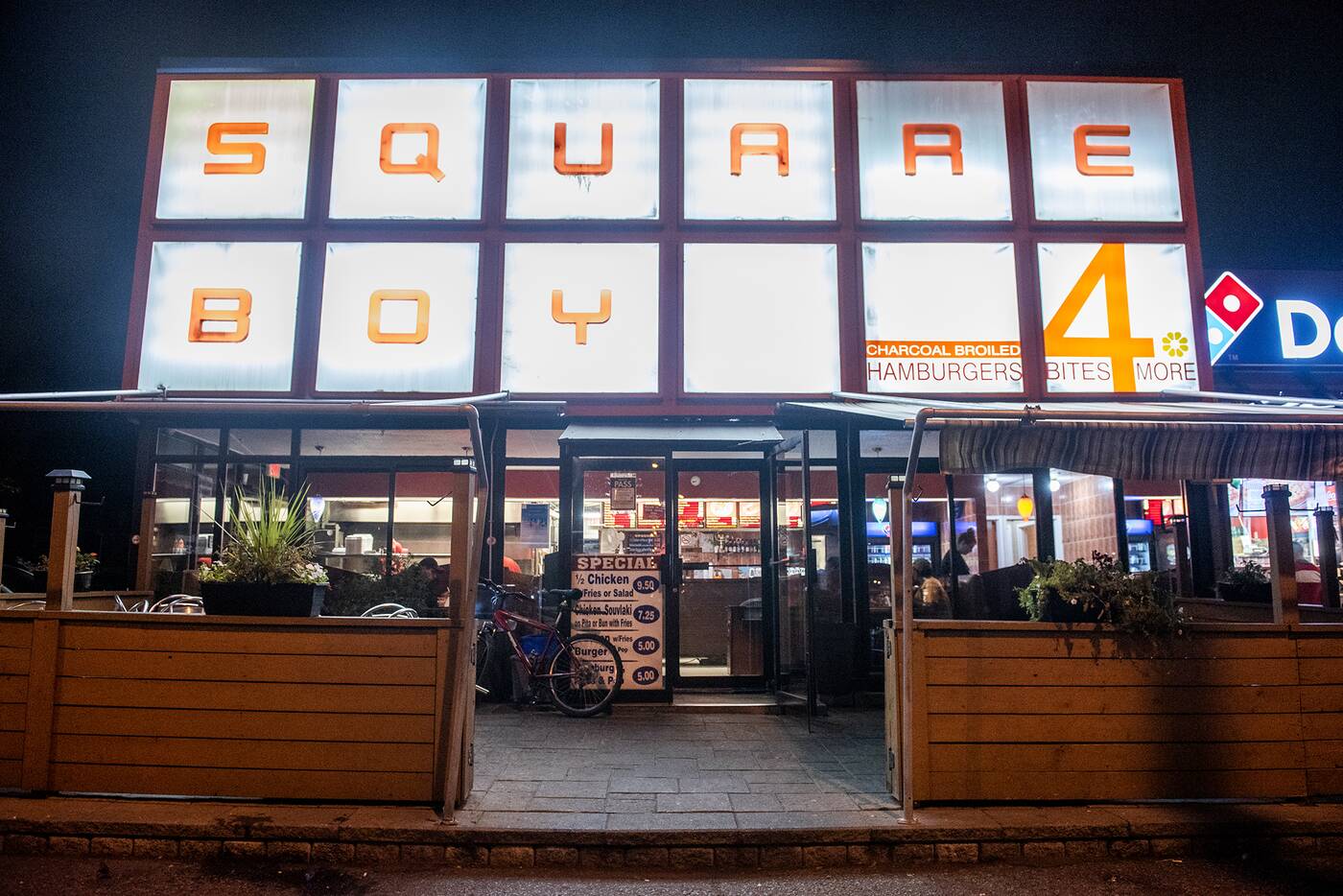 The Best Souvlaki and Gyros in Toronto