Mustachio (Atrium on Bay) is currently open but their offerings and services may be affected due to the pandemic. Please contact the business directly for more information about any changes. Is this your business? Please contact us if you would like to update this message.

Mustachio is the second location from the famous St. Lawrence Market sandwich shop Uno Mustachio . It's kind of a big deal that these big Italian sandwiches are now available in the Atrium on Bay's dismal food court. It's like time forgot this place, despite the flurry of activity happening on street level, not to mention its close proximity to the bus terminal.

When I worked in the Eaton Centre as a college student, I used to come here to escape the crowds on my very limited lunch breaks. The food court was just as depressing then as it is now, although Mustachio might just prove to be a destination in its own right. 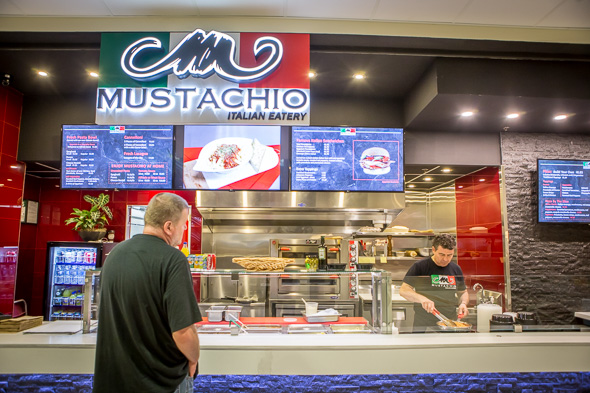 The new outpost is operated by George Bessiris, son of Ted Bessiris. It's Ted's day off from the St. Lawrence Market lunch counter he's owned and operated for over a decade. He's manning the Atrium on Bay location when I approach on a recent Monday afternoon. "Lunch business is good," he tells me, but he also admits he prefers it in the Market. 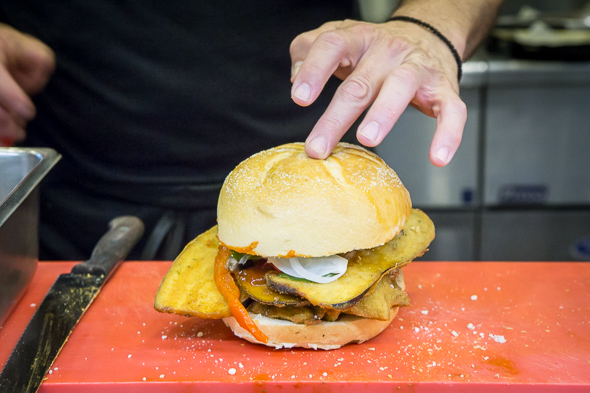 We might share a lack of enthusiasm for the ambiance, but we both know the sandwiches are the real deal. I, of course, need to verify that they're are as good as at the original location so I place my standard order: veal ($8.70) with fried eggplant (plus $0.99 per slice) with everything on it. 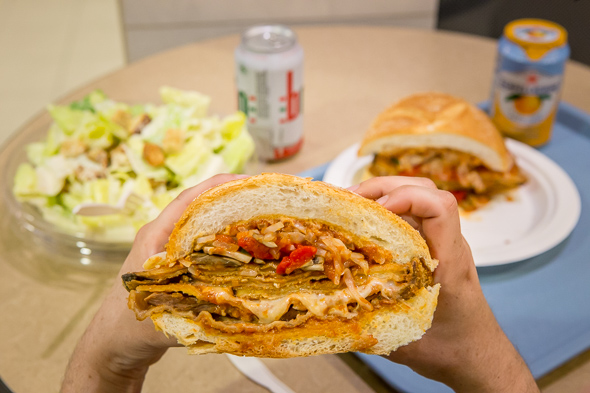 Yup. Provolone cheese, sweet red sauce, caramelized onions and sweet red peppers are classic. The thick eggplant, sliced lengthwise, lightly dredged and fried until golden are my absolute favourite, but the thinly pounded veal cutlet gives the sandwich teeth and it all amounts to one massive (and very sharable) sandwich. 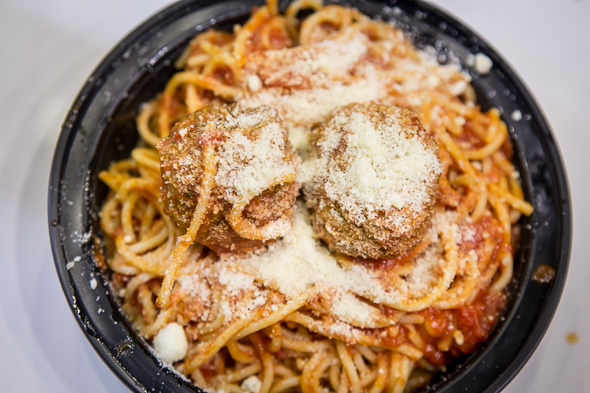 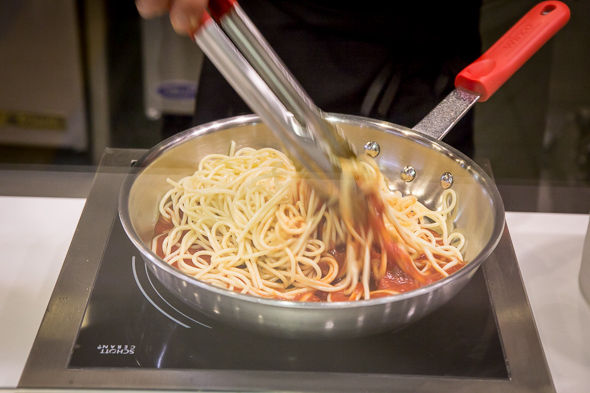 There's pizza and salad too. You can customize your pie with two veggies and one meat option for $8.85. Slices start at $4.25, while the Supremo, sold for $4.99, is blanketed with prosciutto, bacon, mushrooms and red peppers. 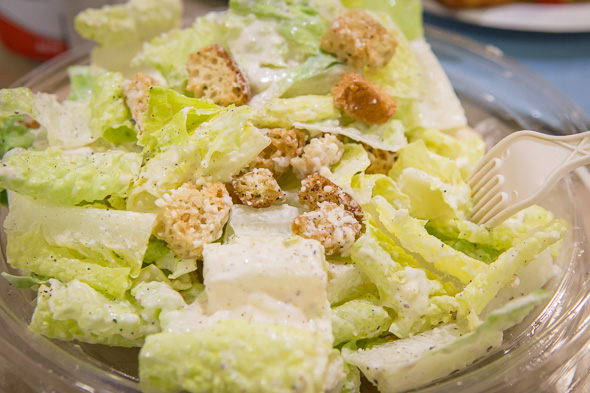 The Caesar salad ($5.95) is unremarkable. The lettuce is fresh and the application of cheese is quite generous, but the dressing is Renee's.

I suspect some of these new offerings are holdovers, offered to appease any long-time patrons accustomed to the tri-colour pasta sauce and ready-to eat slices offered by the former tenant, Vinnie's. I'll stick to the sandwiches next time. Just the sandwiches.