Black Pony is a local hangout brimming with cafe-goers from sun up to sun down with coffee, pastries, sandwiches, burgers, beer, wine and cocktails on the menu.

The space has been a bit of a unicorn of a coffee shop in the South Asian enclave of Toronto for over a decade. Previously known as Flying Pony, it doubled as a cafe and art gallery displaying local work. 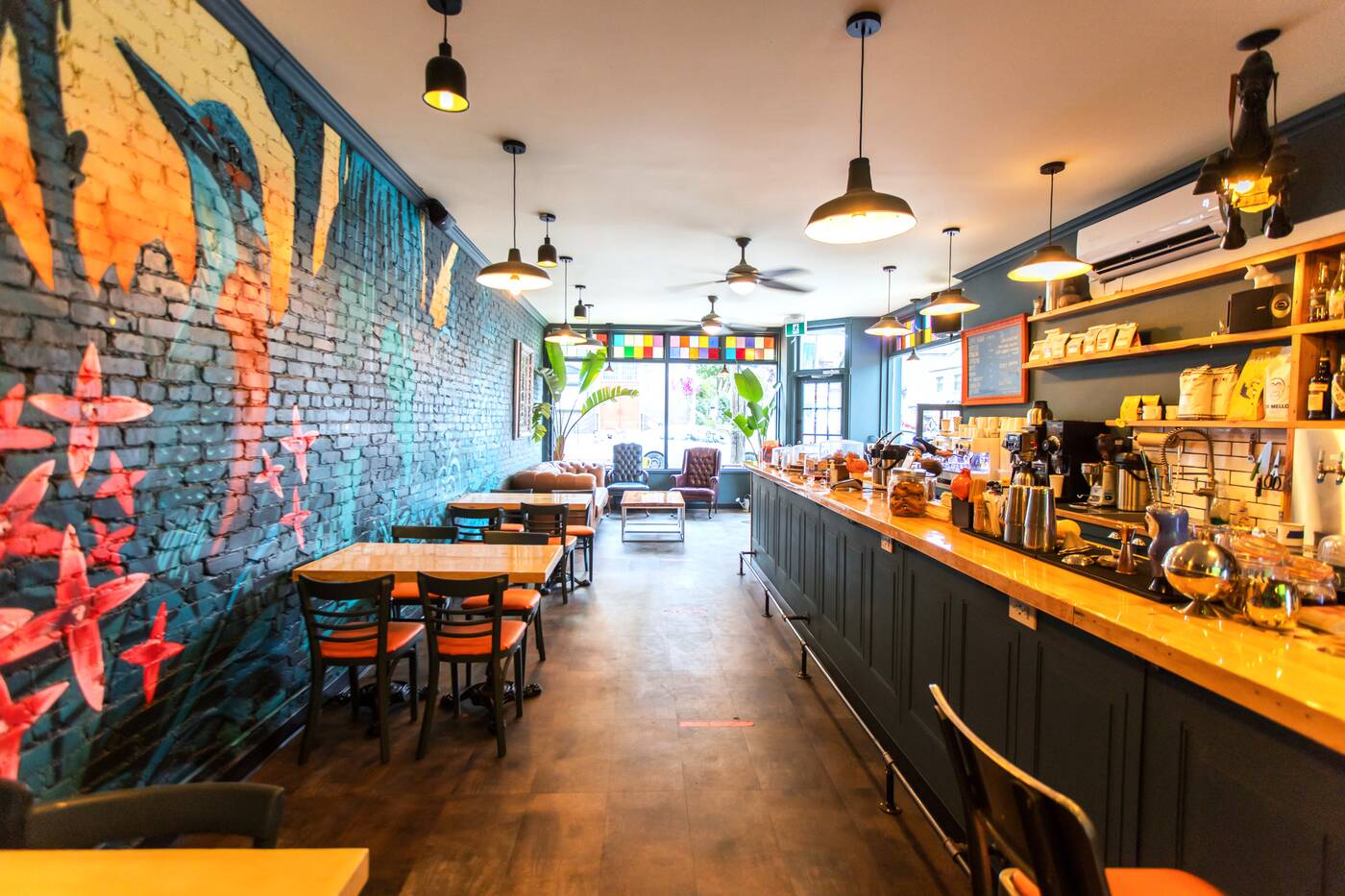 Black Pony has kept the You are Here mural (as seen in a fair number of Instagrams over the years) by old owner and artist Andrew Horne. The neon flying horse sign above the entrance also remains, though blacked out now as a nod to its new name. 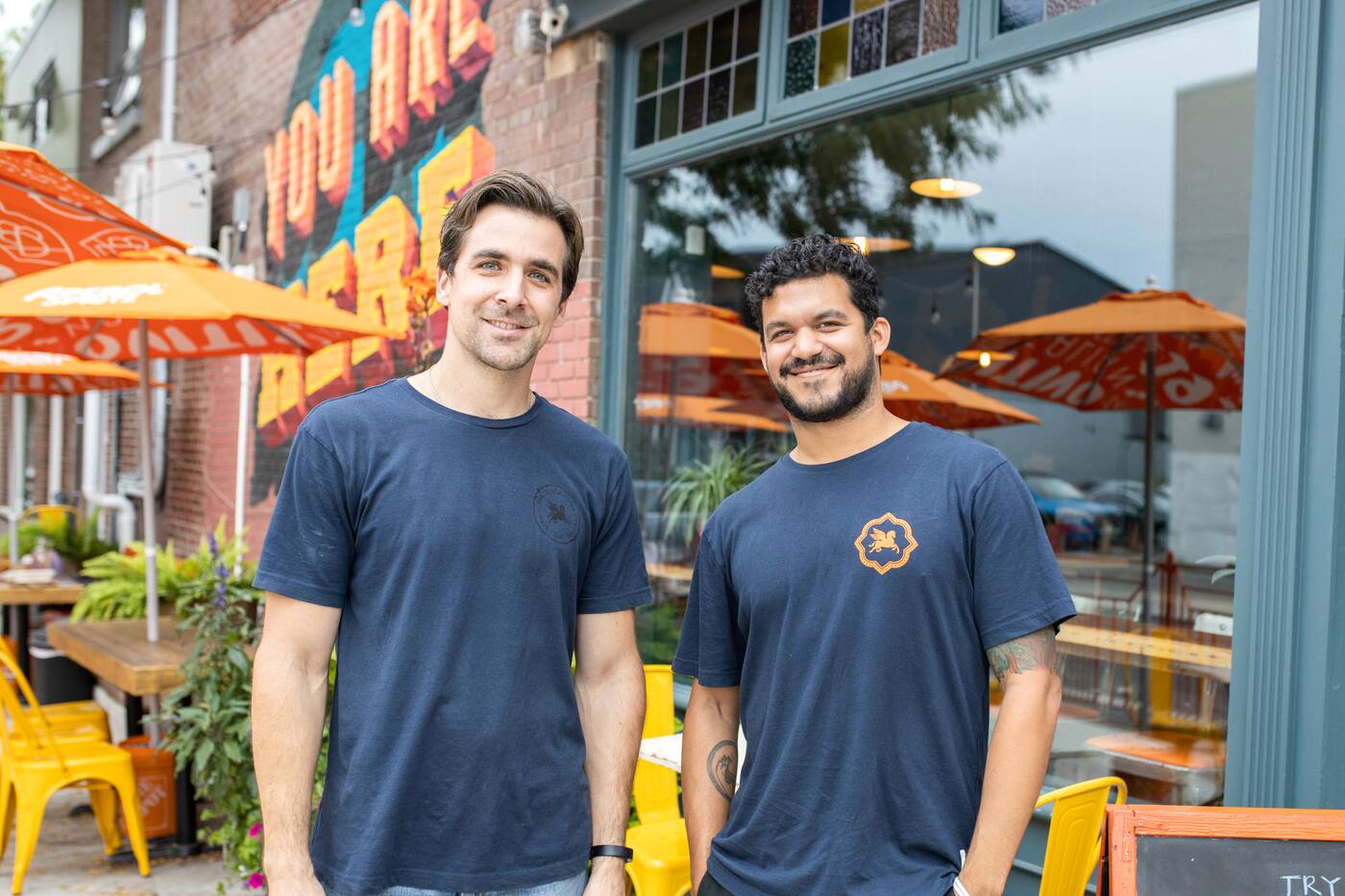 Friends and co-owners Matias Ludevid and Julian Altrows, previously of Shore Leave, took over the space about a year ago and have been undergoing renos ever since. They met through Ludevid's brother-in-law when he moved here from Argentina a few years back. 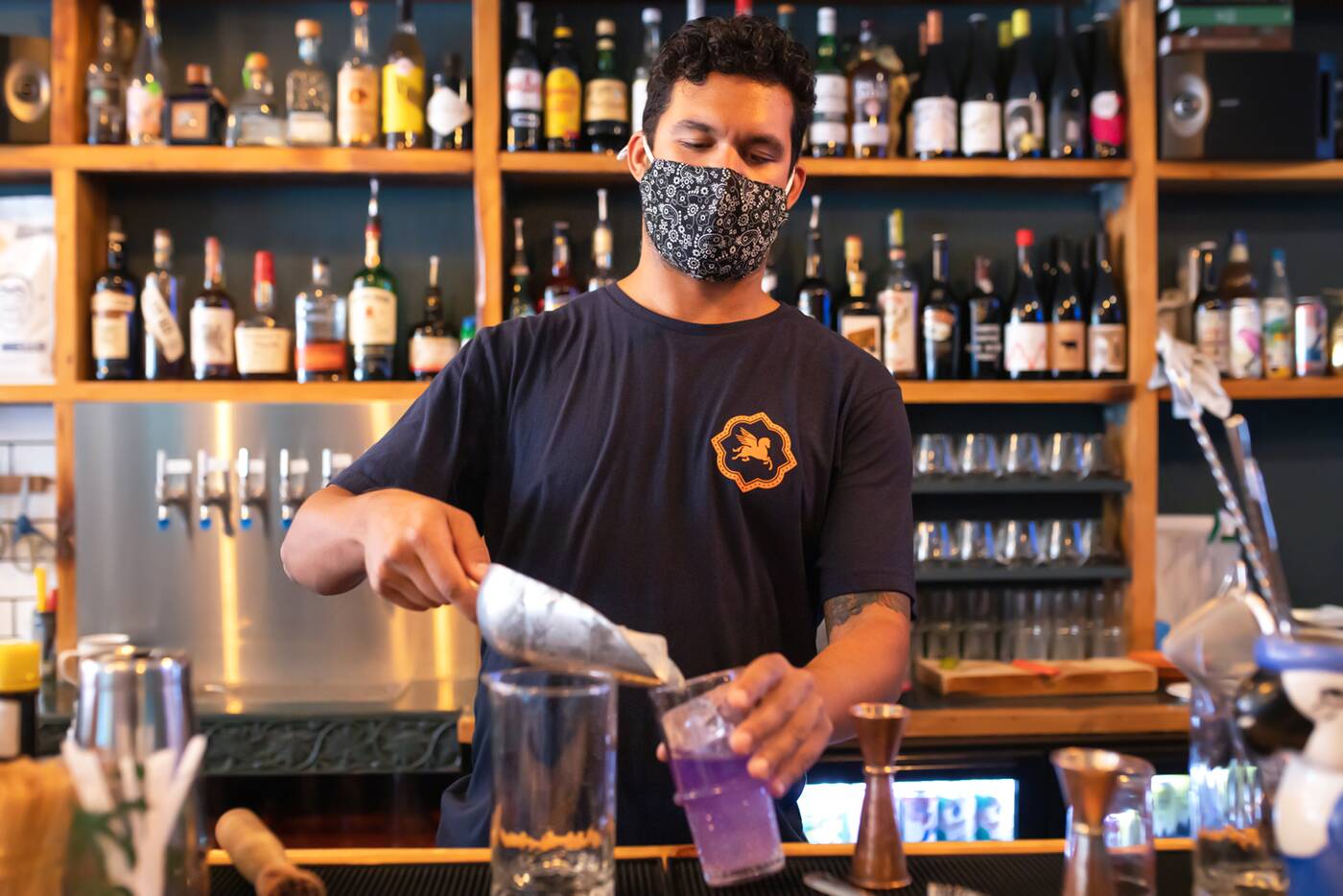 After Altrows' tiki-themed bar on Danforth East closed due to the pandemic, the pair knew they wanted to give this cafe a second life. Not without a few tropical touches, of course, including a glass parrot and flamingo at the bar. Also, expect a good selection of cocktails. 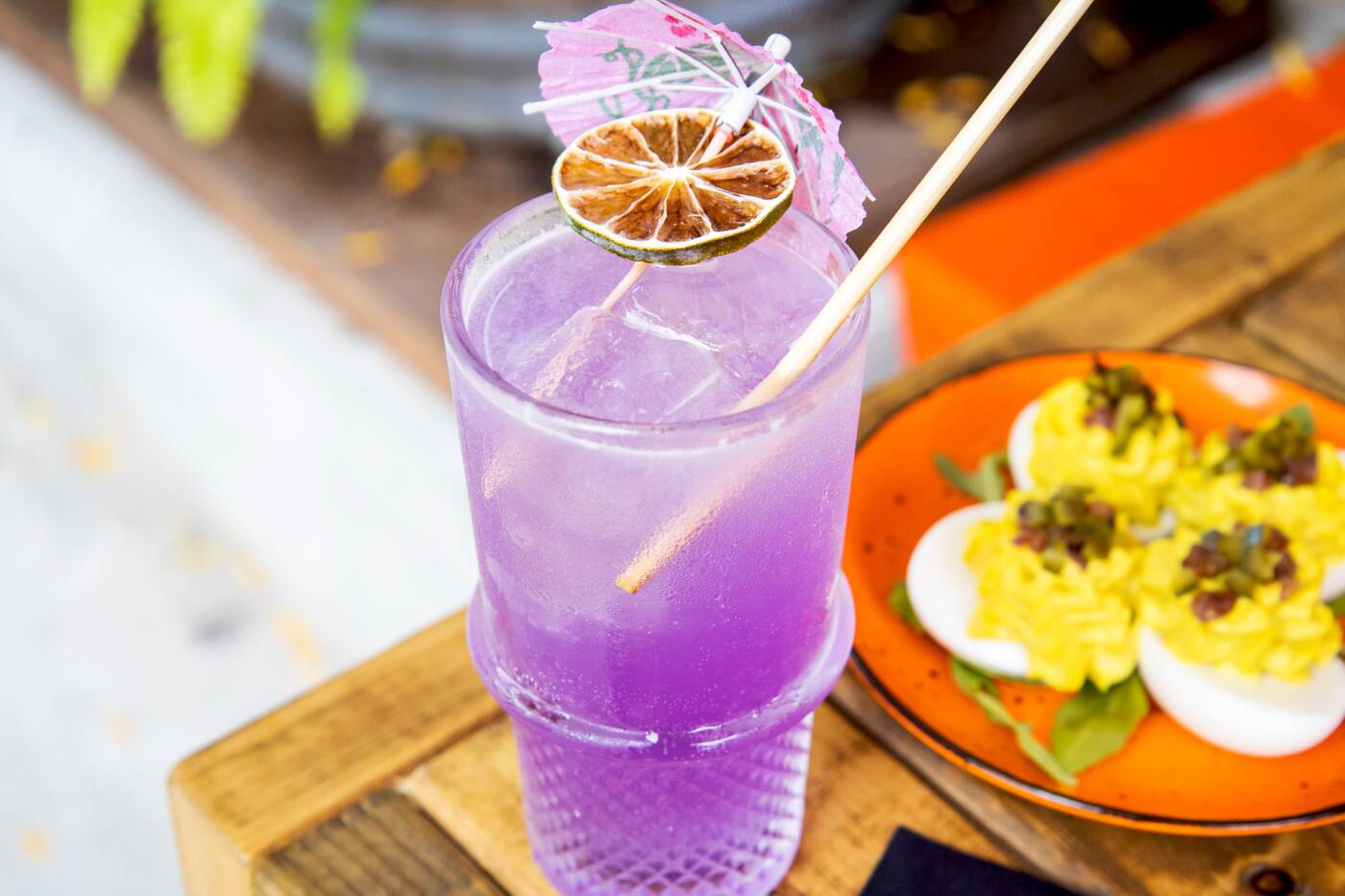 ​​​​​​Served along with beer and wine until the wee hours of 11 p.m., the curated cocktail list is slightly toned down from that of Shore Leave, yet still with some pizzaz. The blue Long Island ($13) is a combo of tequila, vodka, gin, triple sec, and gets its colour from butterfly pea flower. 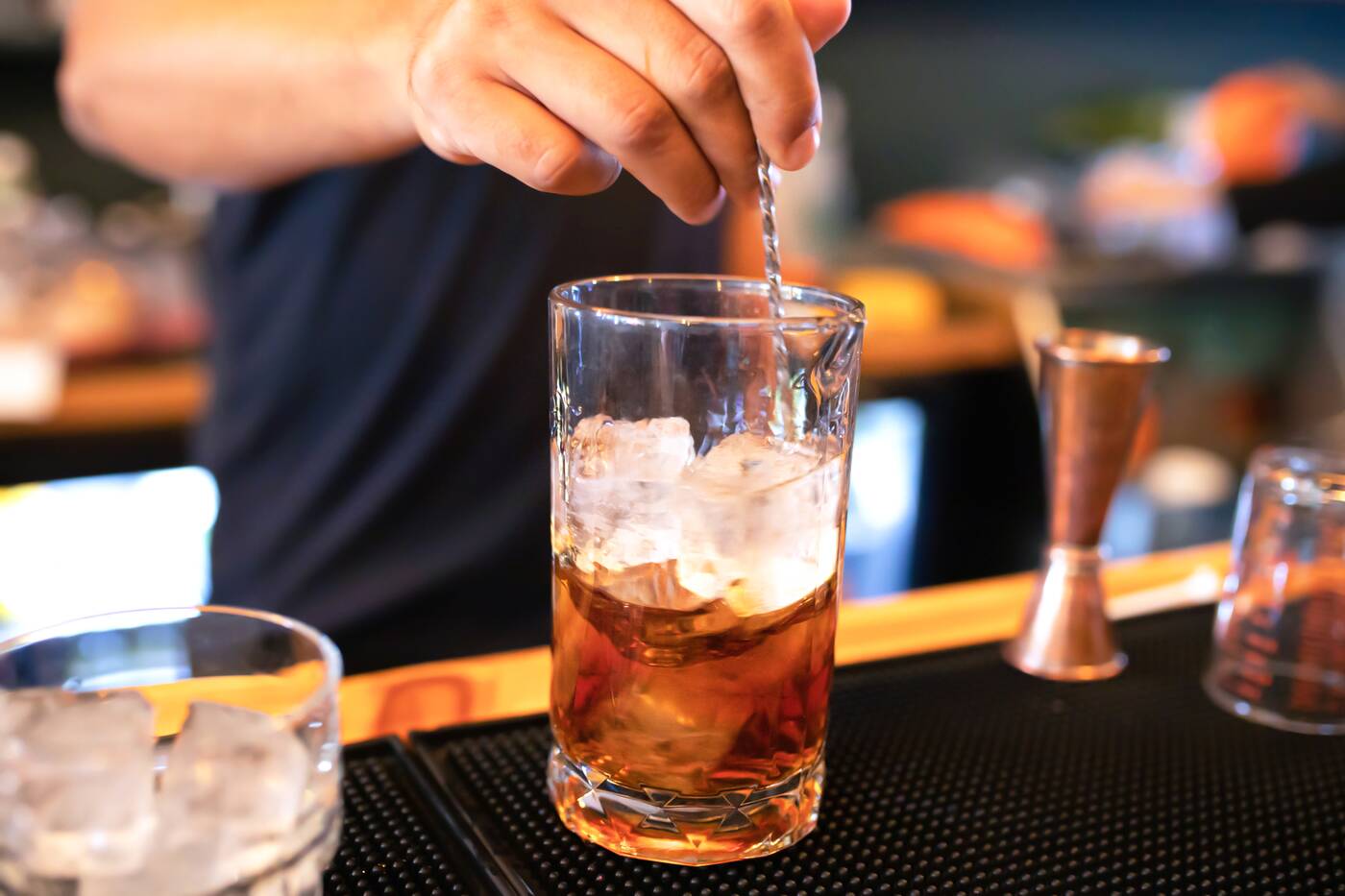 Another favourite, anchor ($14) gets XO Rum, Benedictine, Sherry and date bitters before being well stirred, rimmed and spritzed with an orange. 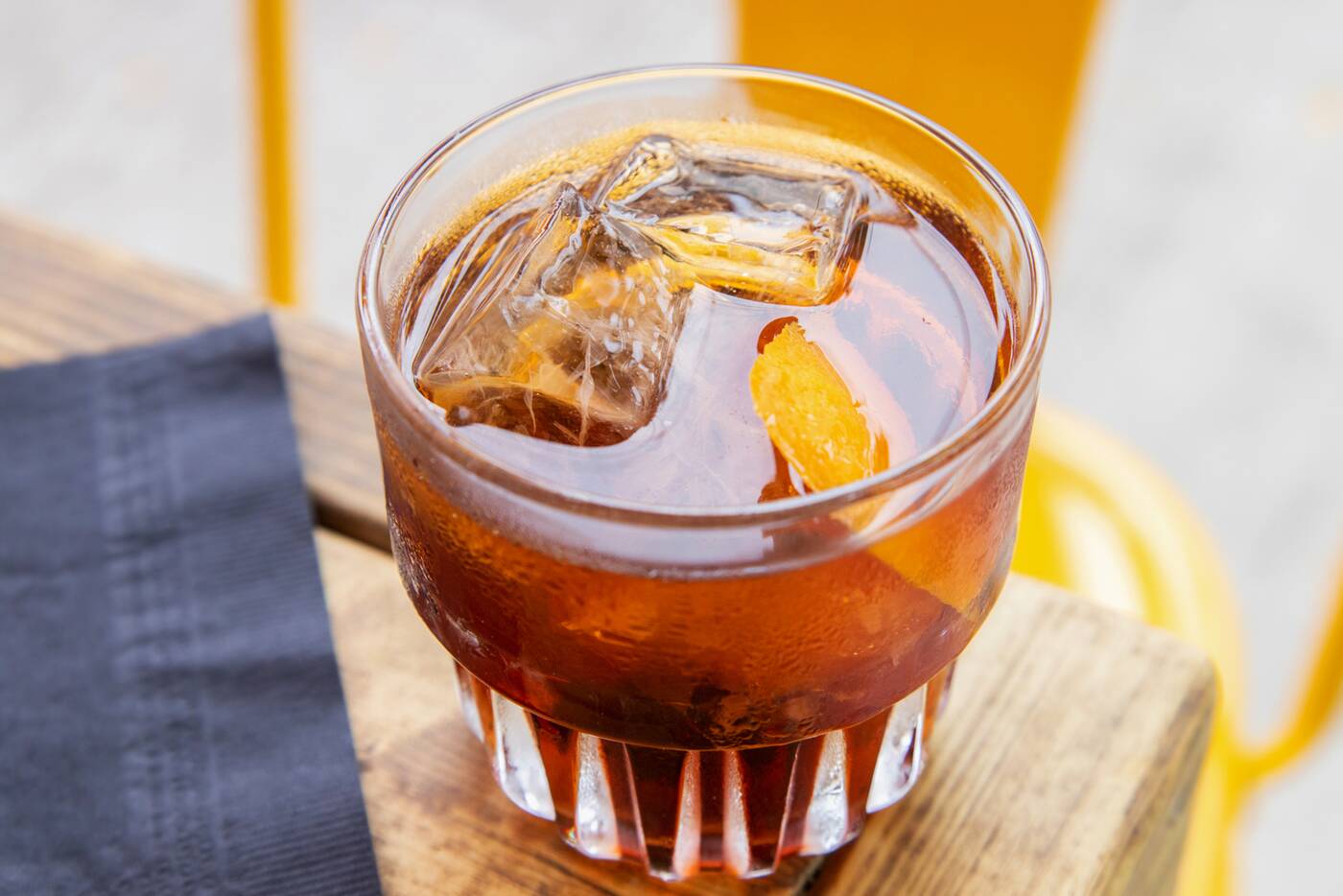 Served in a short glass and without the pea flower to break it up, the boozy flavours are a bit more prominent, yet perfectly balanced, with this one. 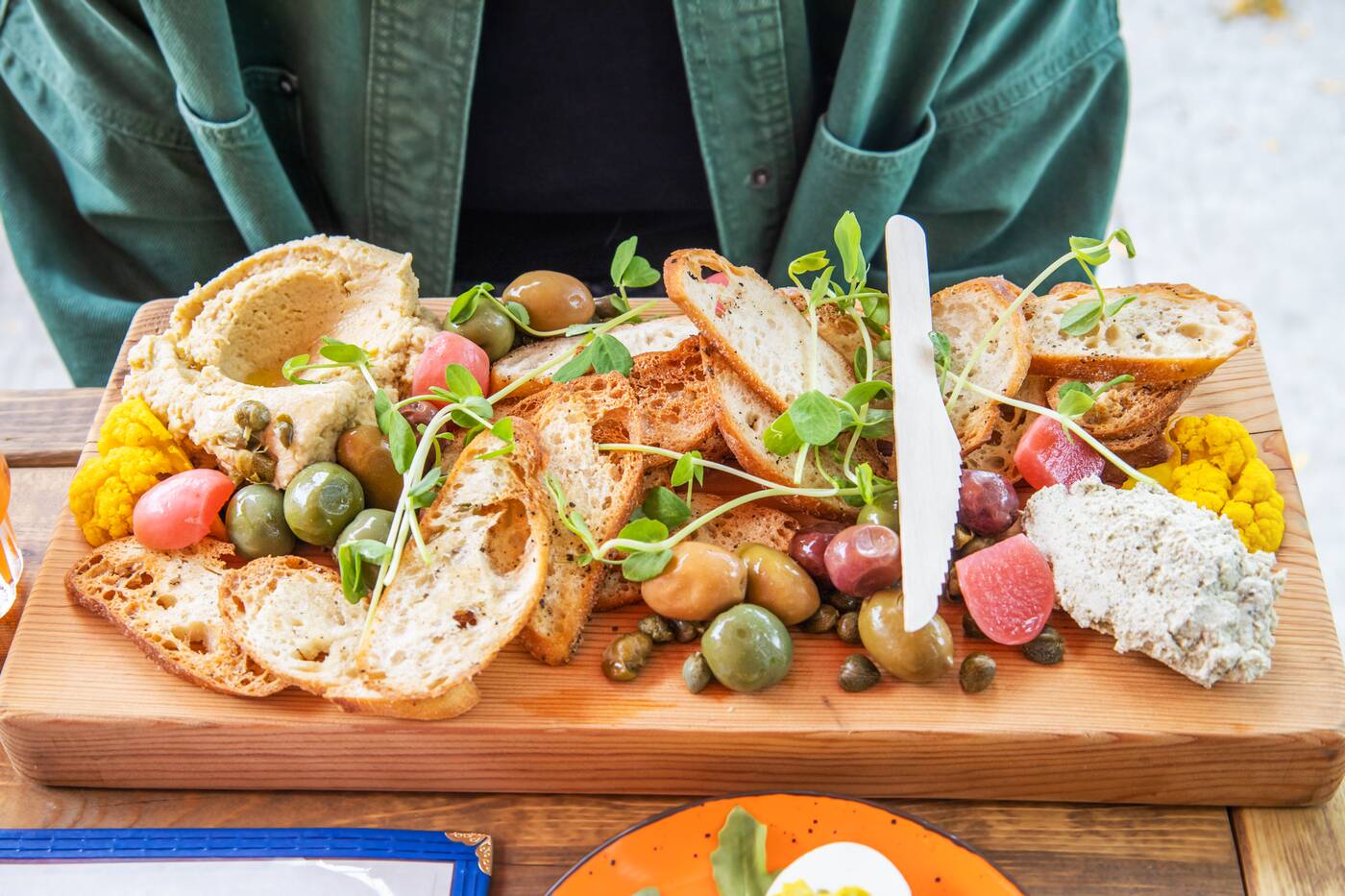 When it comes to food, a selection of light bites, sandwiches and burgers are made by chef Chris Mentier. He's been cooking since he was 13 and has worked in the kitchens of Ceili Cottage and Eastside Social. 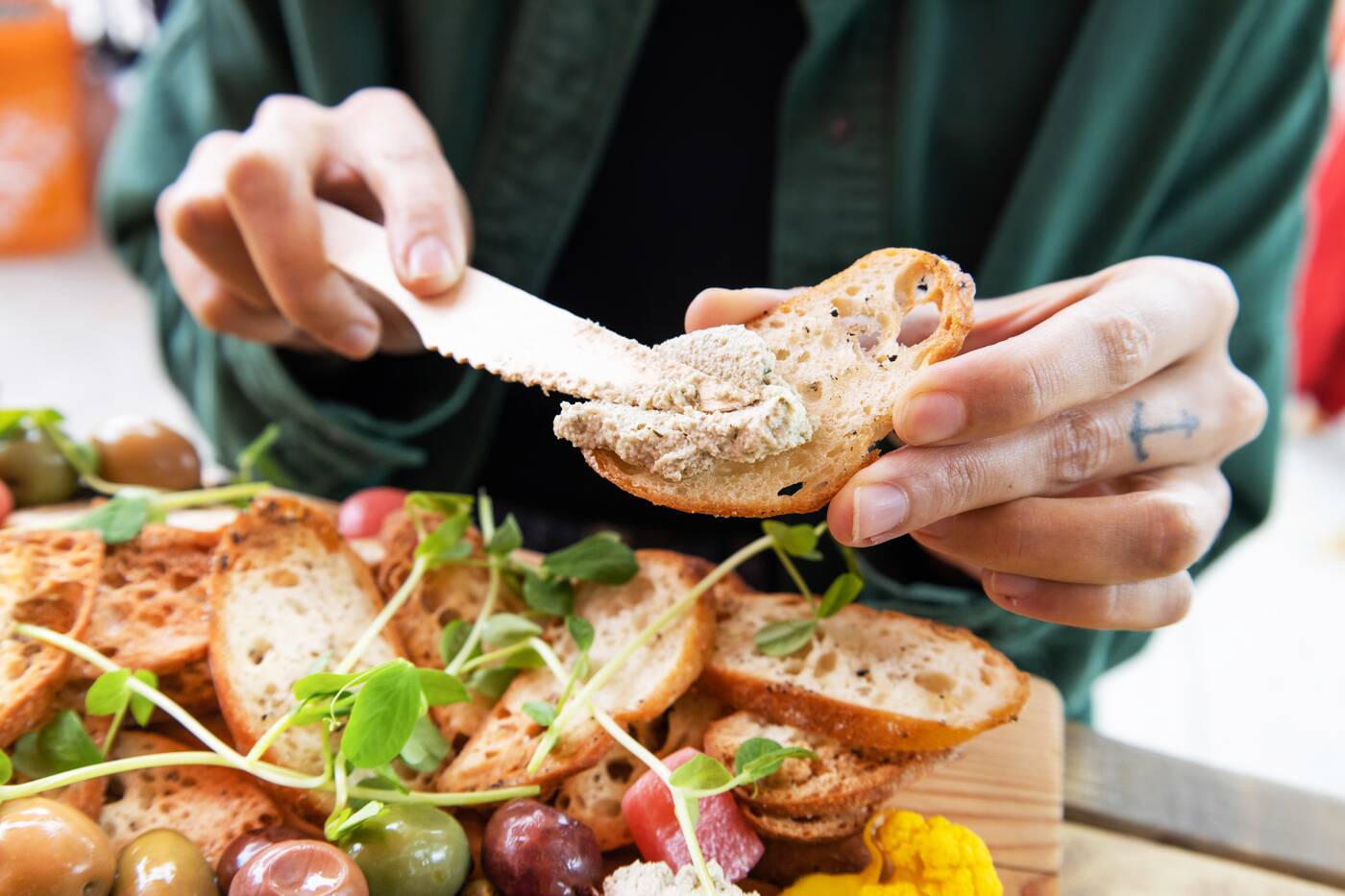 The hummus board is a spread of vegan cream cheese from Humble Seedz, housemade hummus, olives and capers, pickled radish and curry cauliflowers, and crunchy bread crackers. 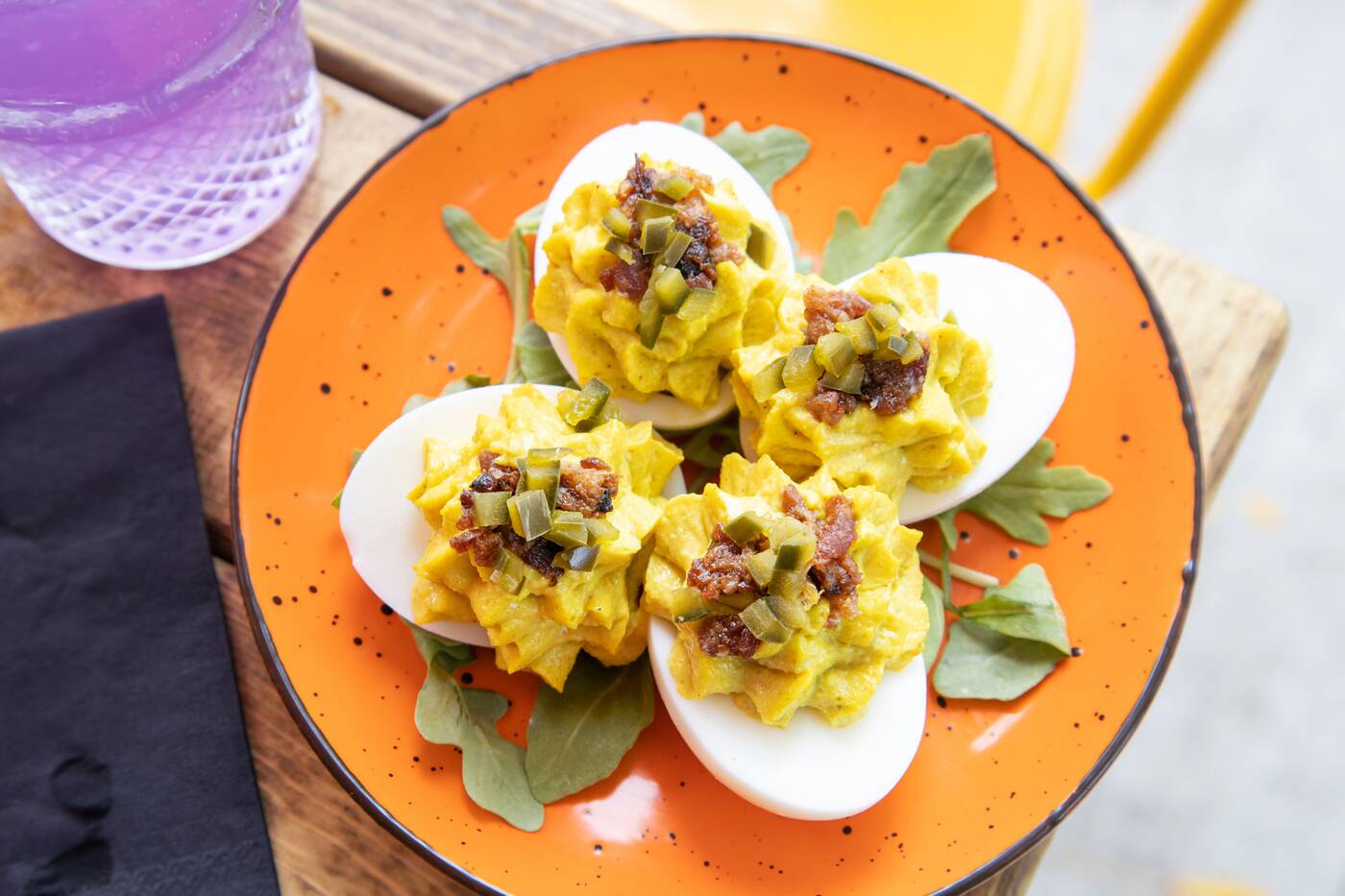 Perfect for a small snack, deviled eggs ($6) are topped with a tasty bacon jam that's made in-house. 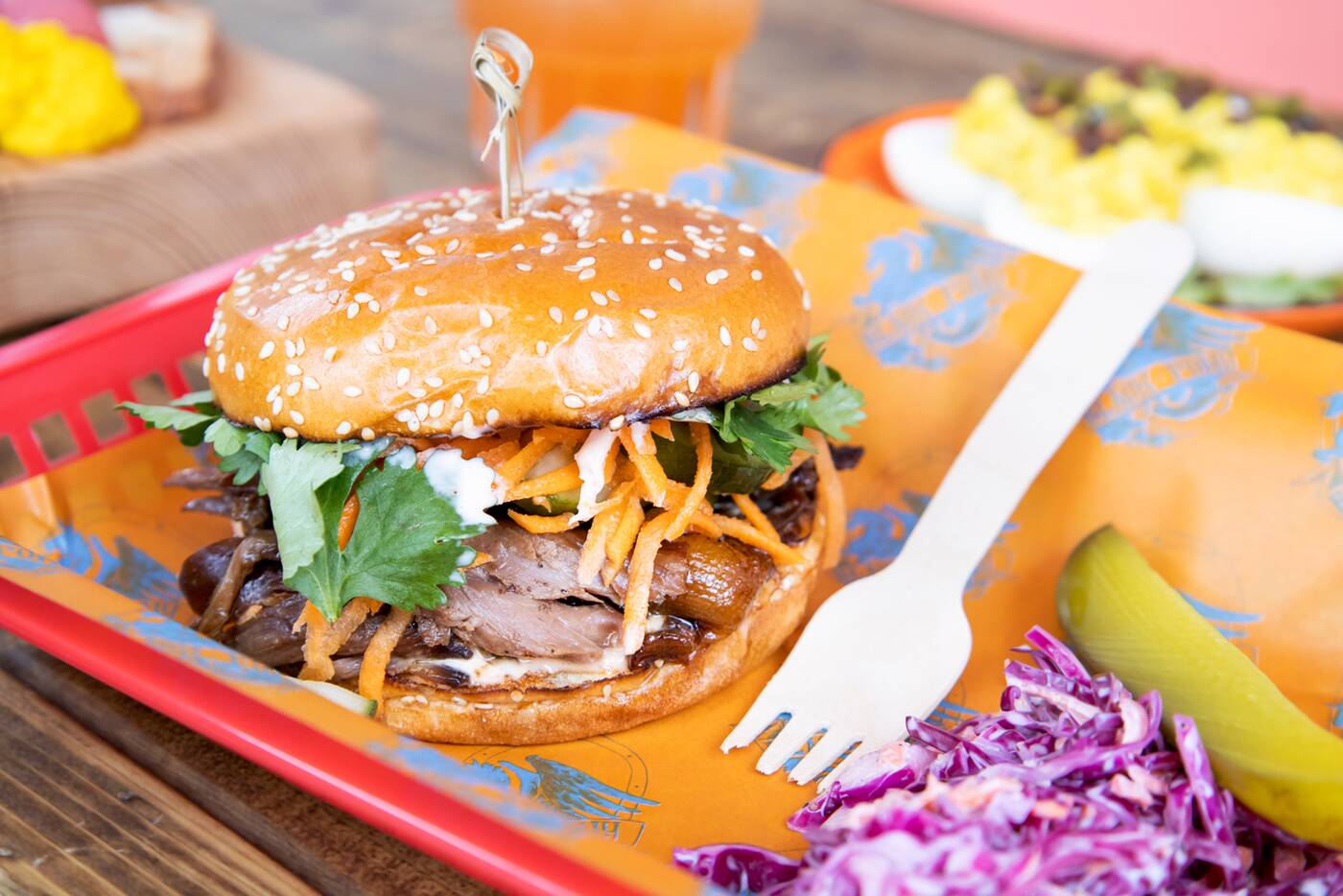 Each sandwich comes with some slaw and a kosher pickle on the side including duck leg ($15) on a burger bun, which tastes a bit like a spin-off of a Vietnamese Bahn Mi.

The duck is brined for 24 hours and slow-braised in soy, chili flakes and brown sugar and shares the stage with cucumber slaw, spicy mayo and cilantro. 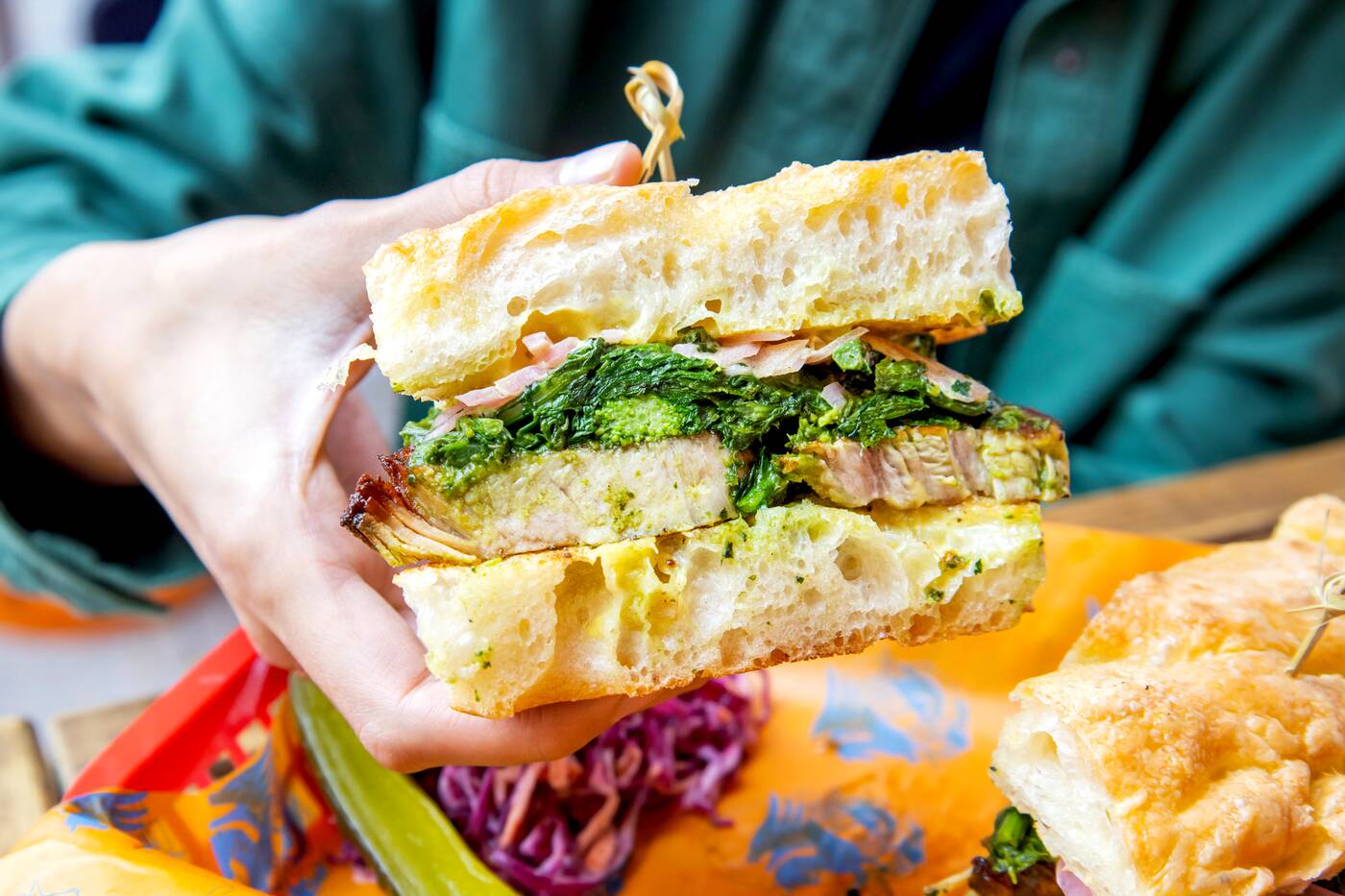 The porchetta sandwich ($14) comes on fresh made focaccia with rapini and pickled red onions. Extremely juicy, the pork is roasted whole and covered in a salsa verde marinade of mint, cilantro and green onions. 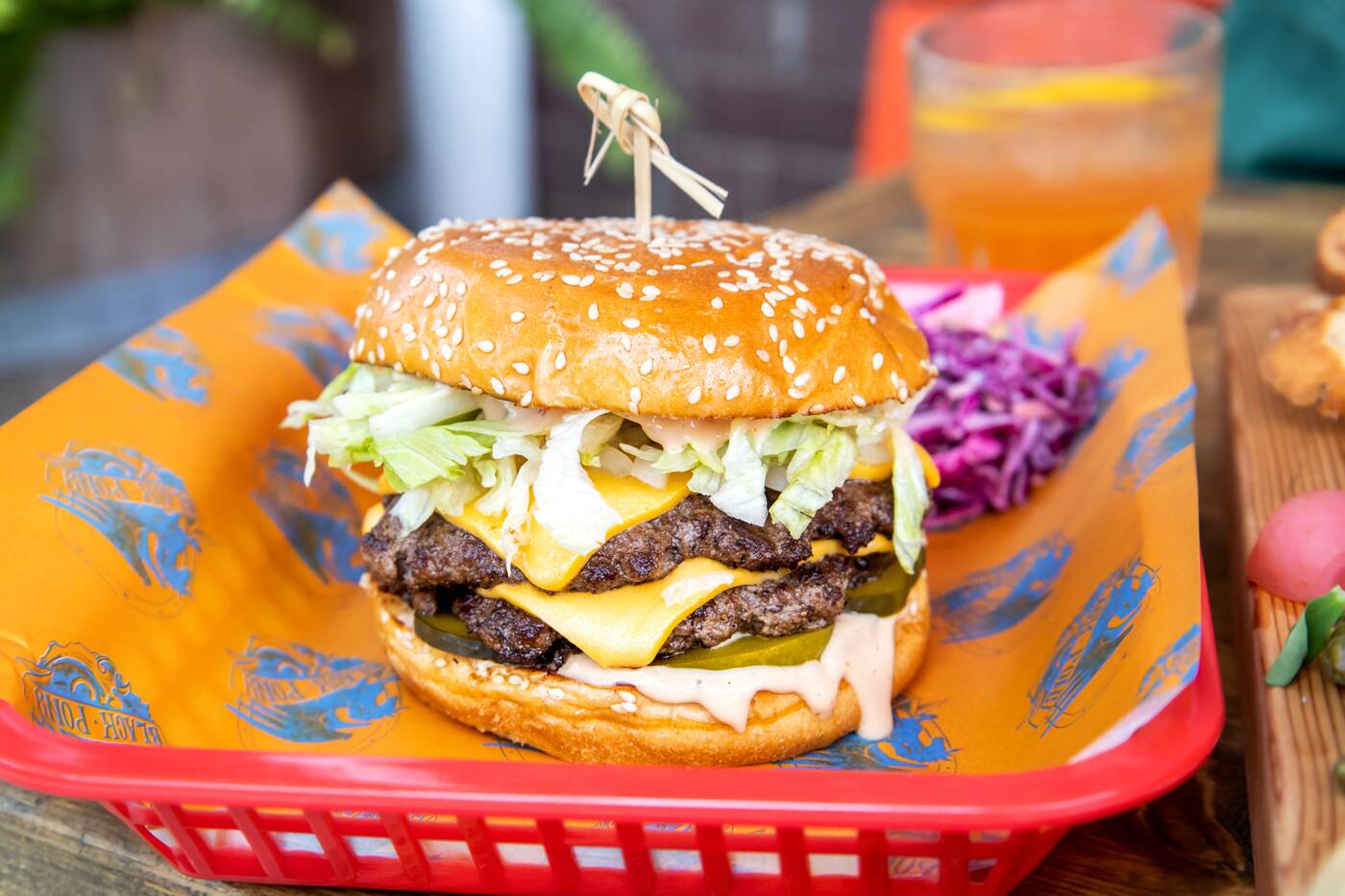 Mentier's take on a Big Mac is the smash burger ($14) complete with 1000 Island sauce. Two chuck and brisket patties are layered between cheese, lettuce, pickles and onions. 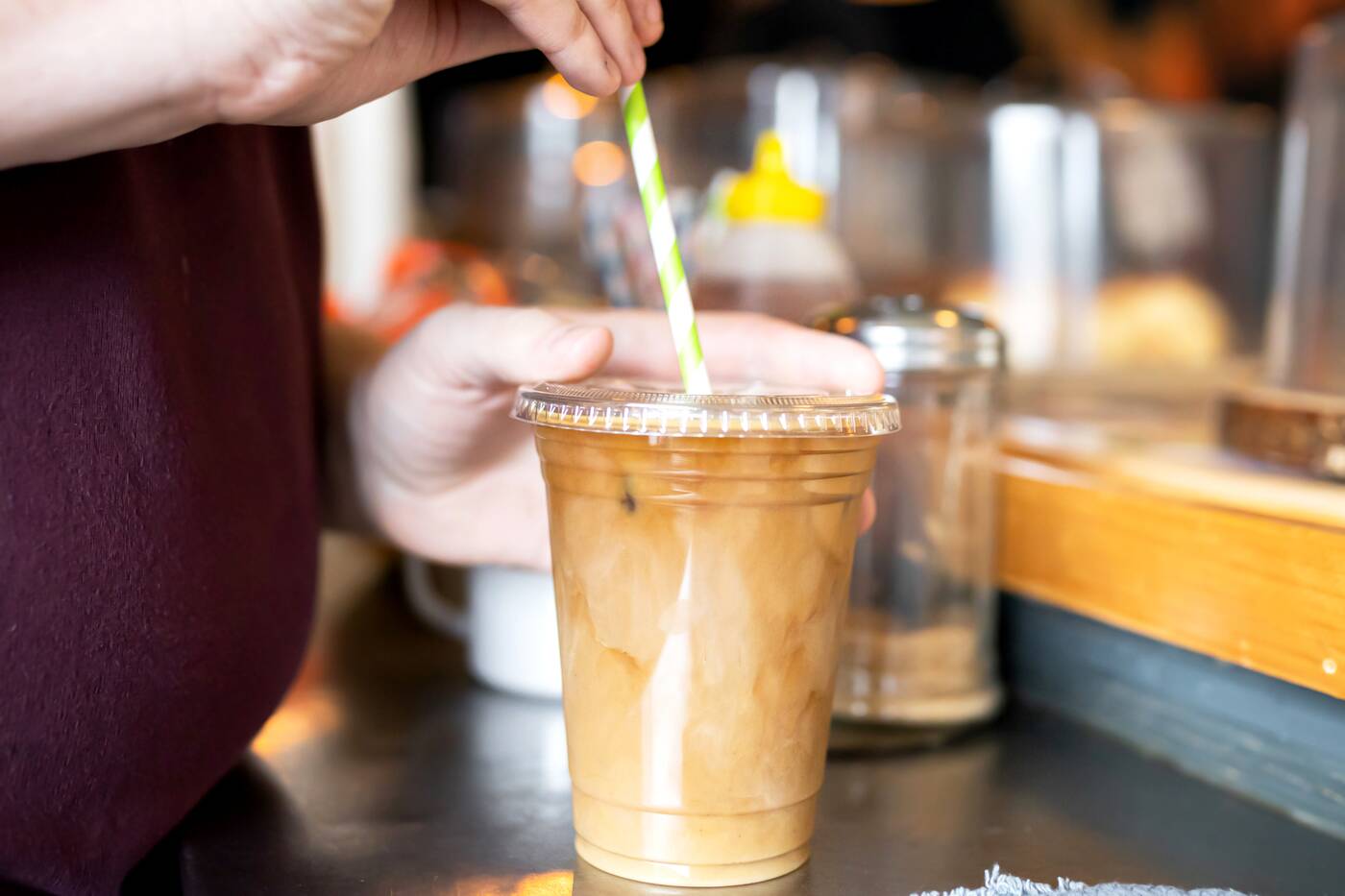 If you happen to stop by in the morning (they open at 8 a.m.) the spot feels much closer to its prior coffee shop. Macchiatos, lattes, flat whites, and the like are made with coffee beans from De Mello. 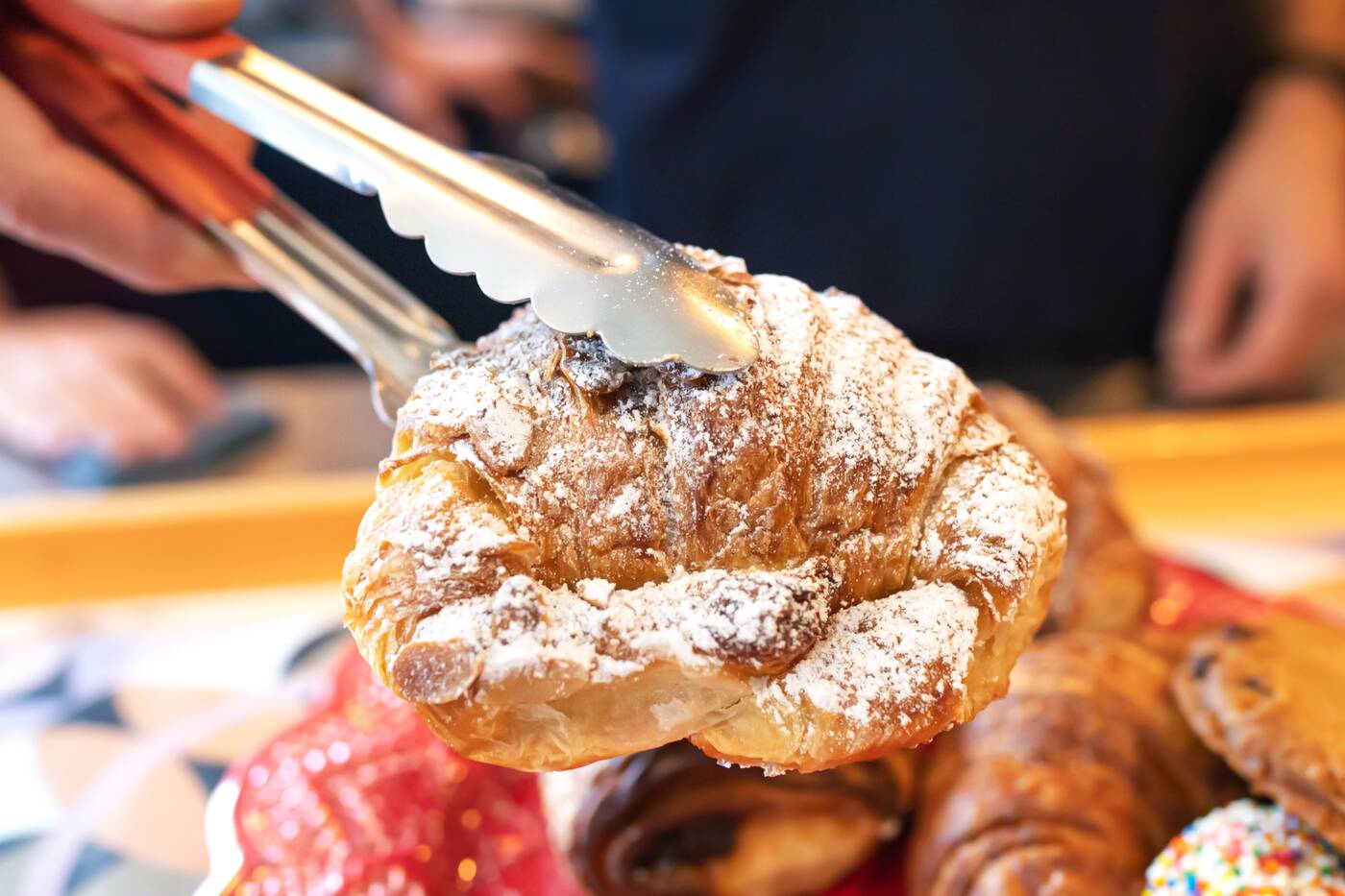 Old customers of Flying Pony, which was largely known for their baked goods, will be happy to see that baker Jennifer Beaudoin is still around whipping up some old favourites. 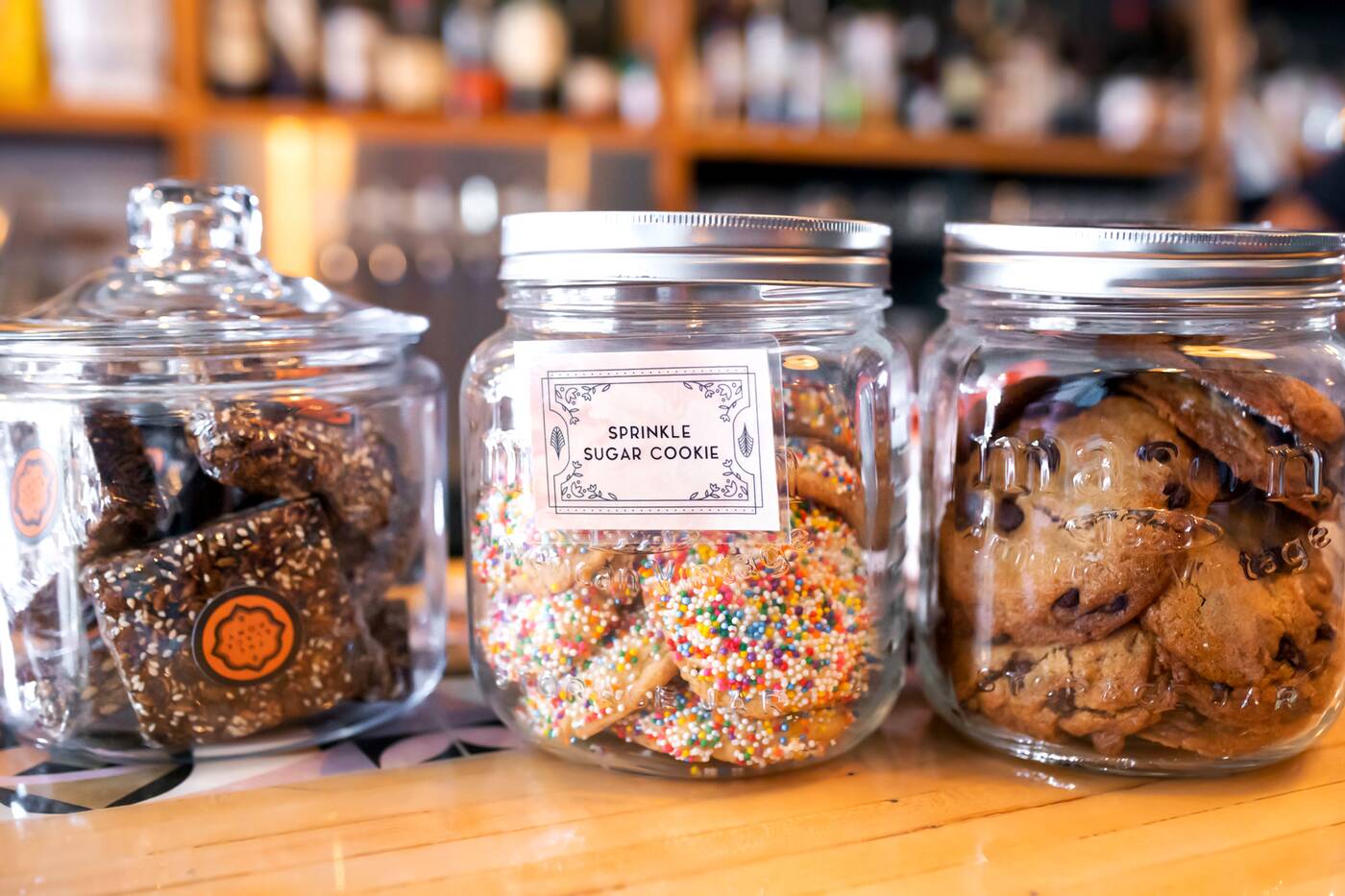 Everything from cookies, squares, croissants and danishes (be there bright and early to snag an orange blossom before it sells out by noon) are within Beaudoin's wheelhouse. 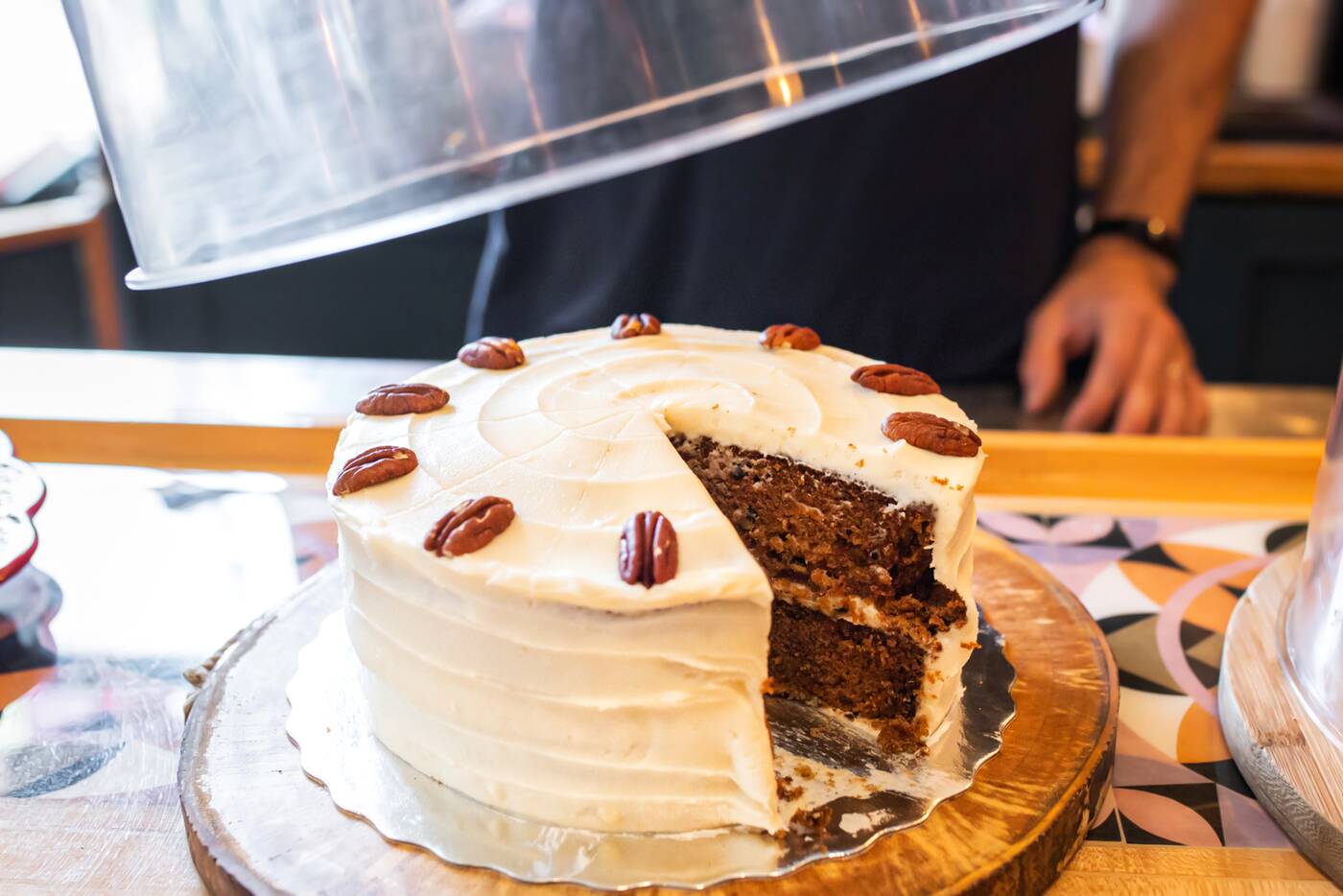 Cakes also rotate depending on the day of the week with lemon poppyseed, chocolate cake with sprinkles and carrot cake all possibilities. 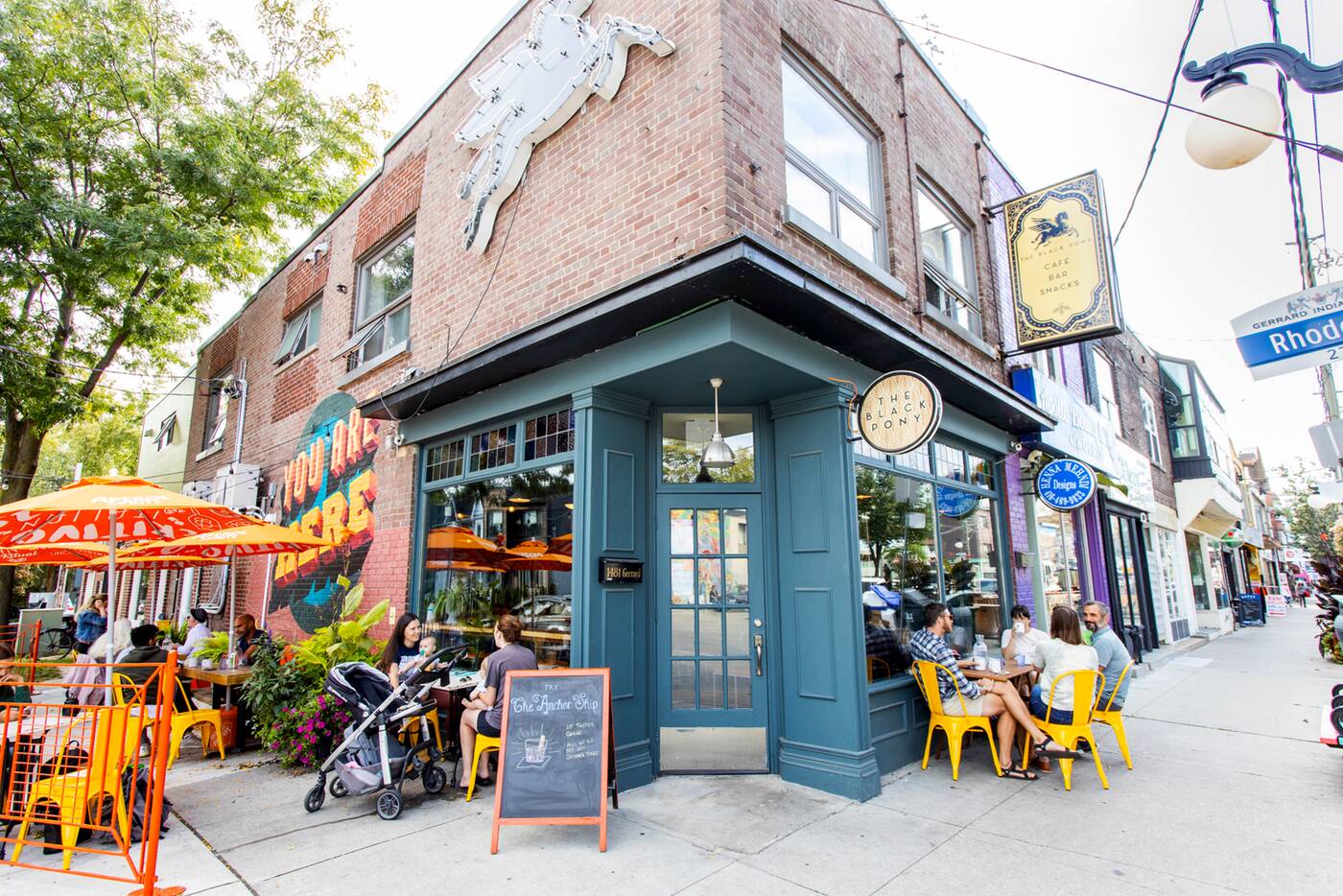