Sitting four steps up from Dundas Street, this iconic dining room and its lovably brusque servers have been feeding diners from morning ‘til owl hours for nearly three decades. 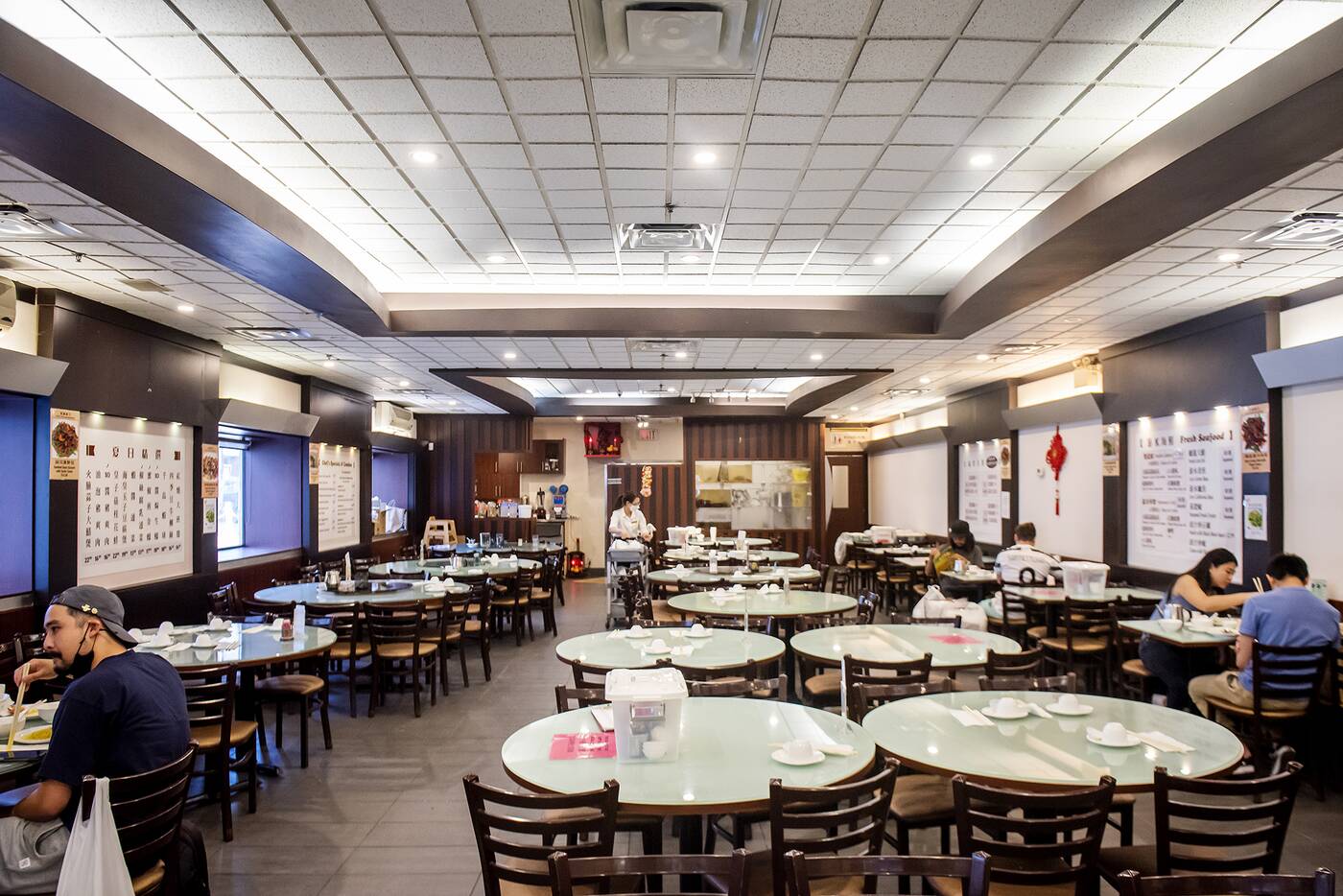 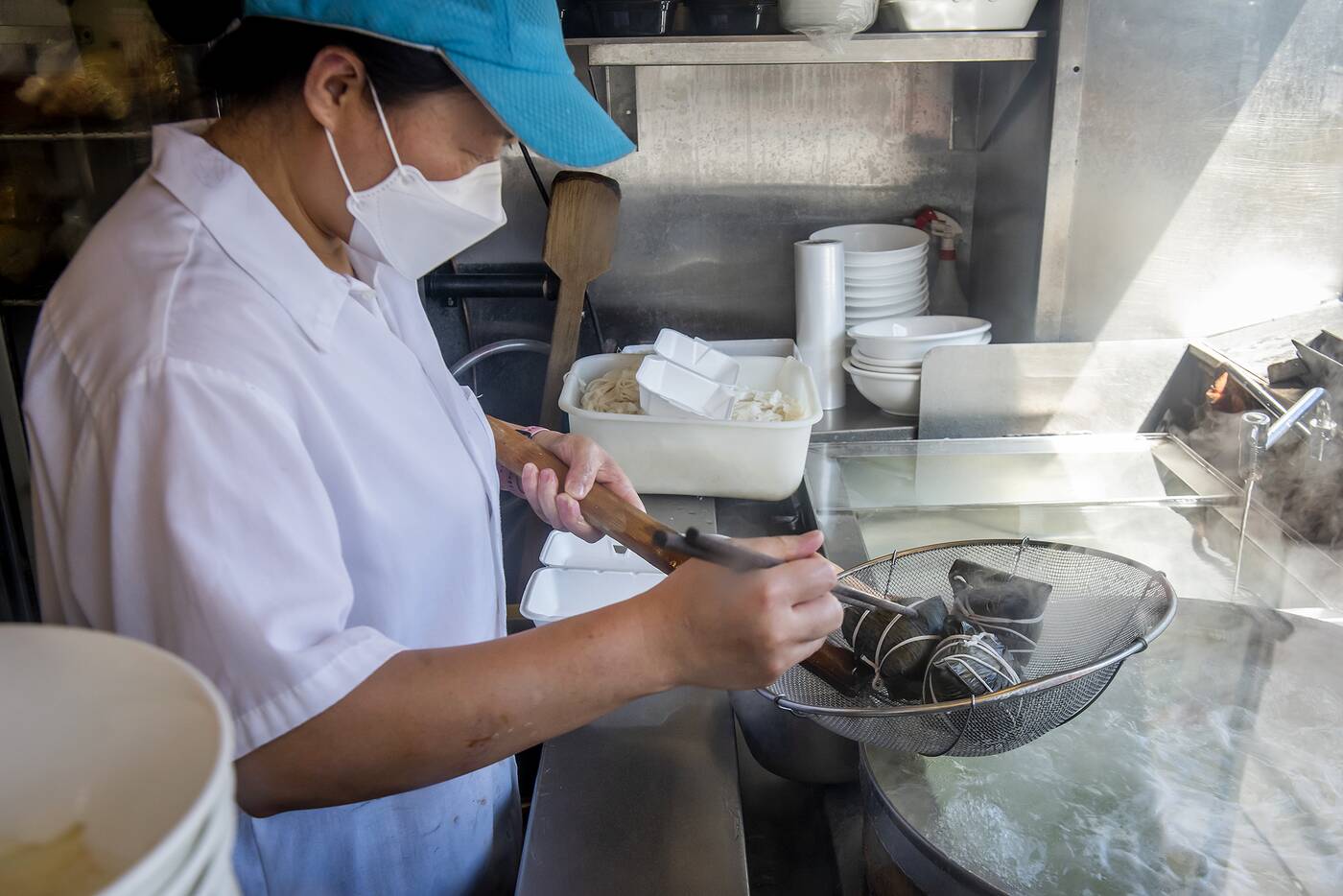 Save for a fire that shuttered the restaurant for several months in 2020, House of Gourmet is pretty much open 365 days a year.

Members of the Chen family have been helming the restaurant since 2005, where it had existed under the same name for a decade prior. Before that, it had been a supermarket, says owner Anna Chen, who runs it now with her business partner Situ. 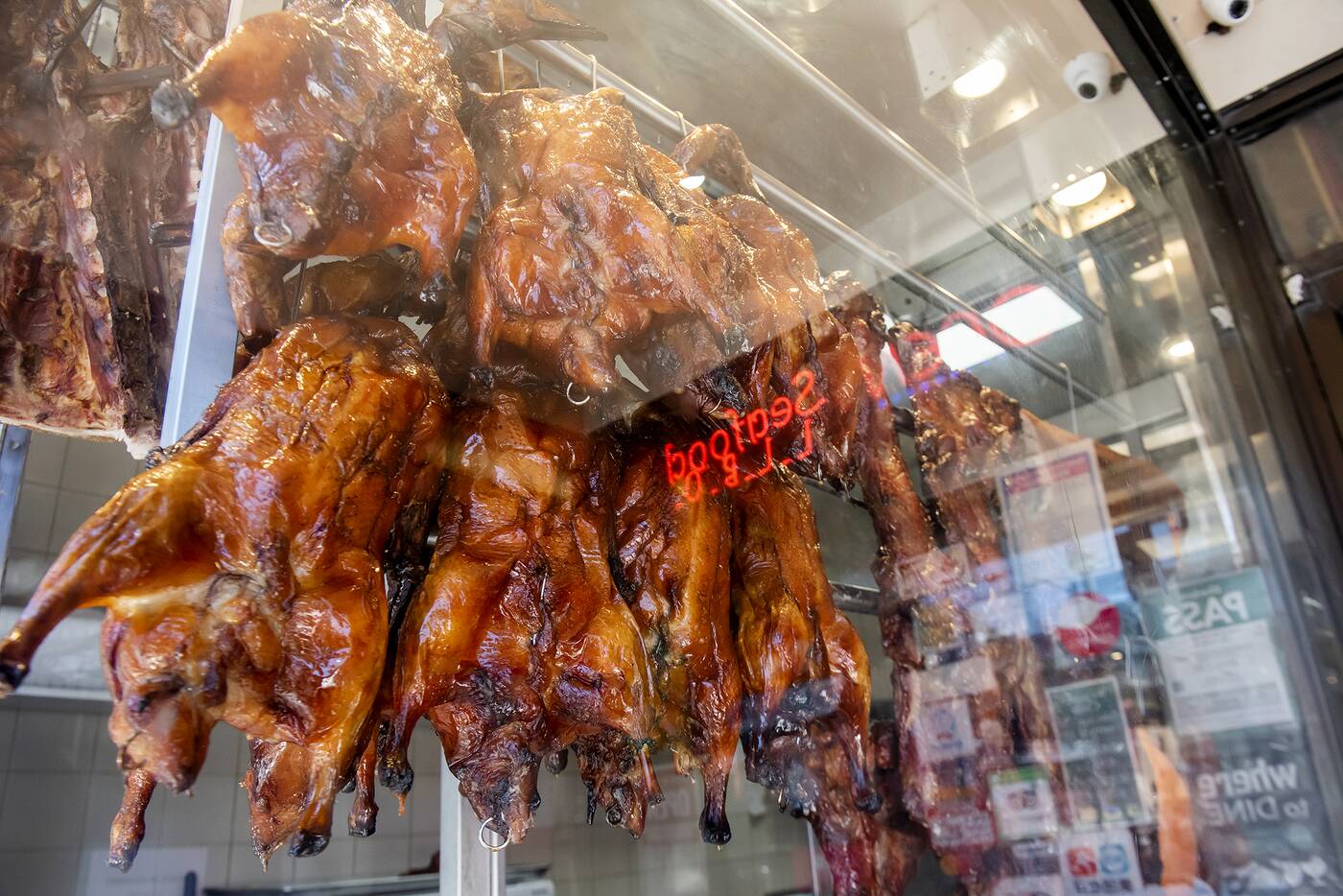 Regulars of this local culinary hub have been around for just as long. 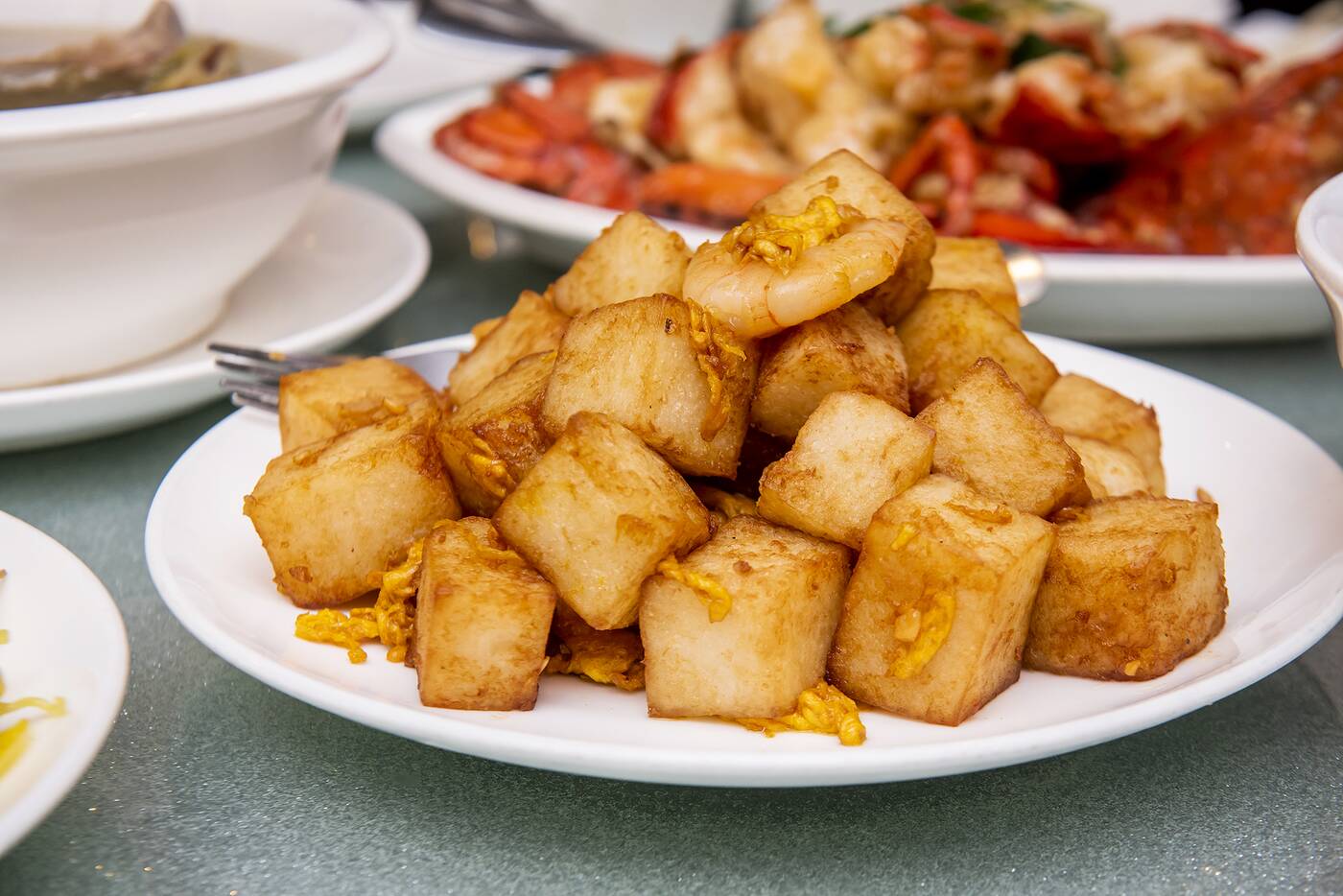 Around dinnertime, it’s families crowding tables for multi-course feasts and groups of partiers after the function picking at plates of Singapore-style fried turnip cake ($9.99). 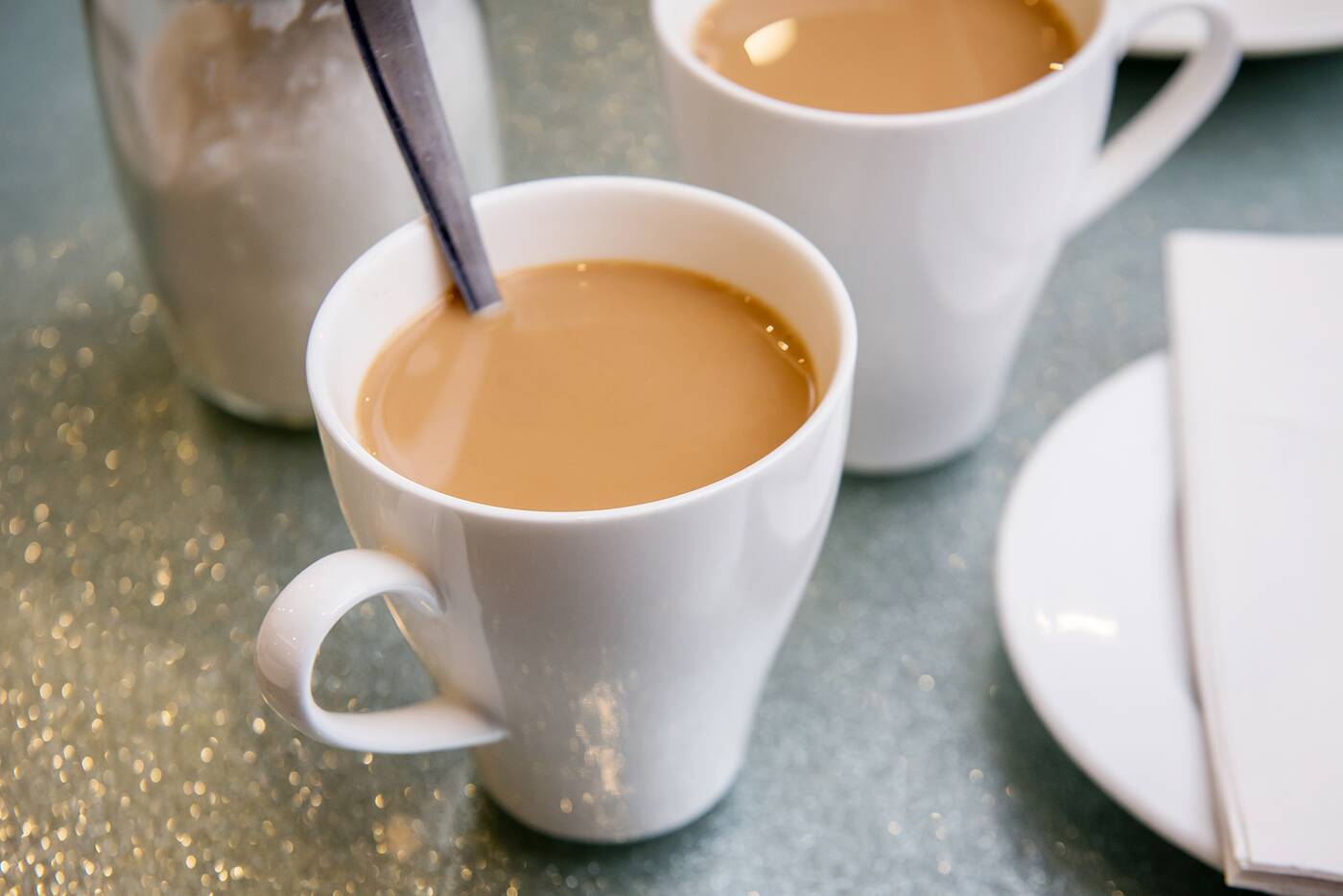 House of Gourmet is also one of the few places in the city that lets you dap toi, or share tables.

Around the restaurant's signature blue crush sparkled-tables, diners can shed the weird western stigma of eating alone to adopt the casual practice of splitting tables with other folks dining solo, no interaction required. 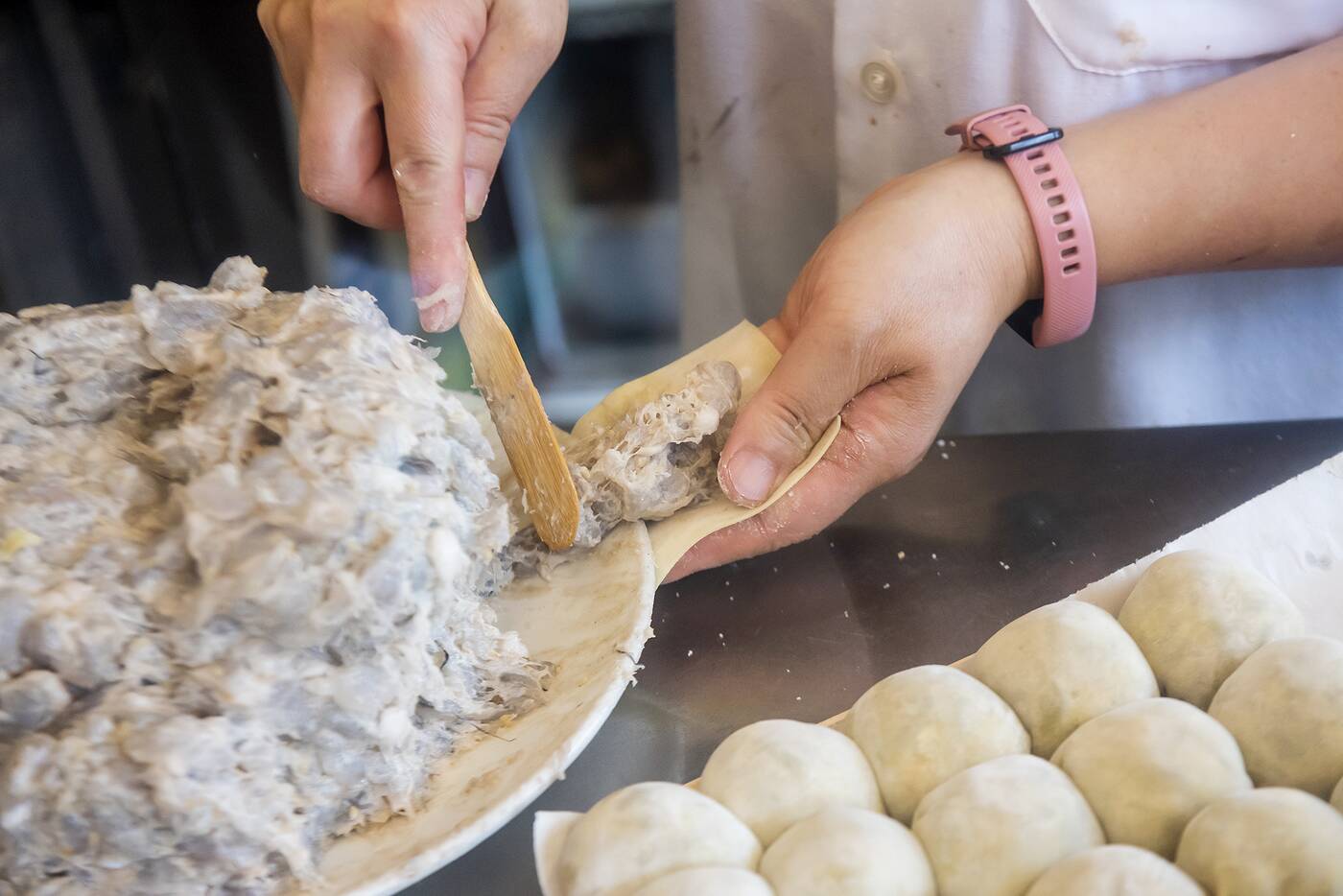 For first-timers, the sheer size of the menus and the restaurant, with its three kitchens (noodle and BBQ stations upfront, woks in the back) and more than 20 staff at any given time, may feel overwhelming.

The menu abounds with Cantonese dishes and even some Szechuan specialties like crispy orange beef. 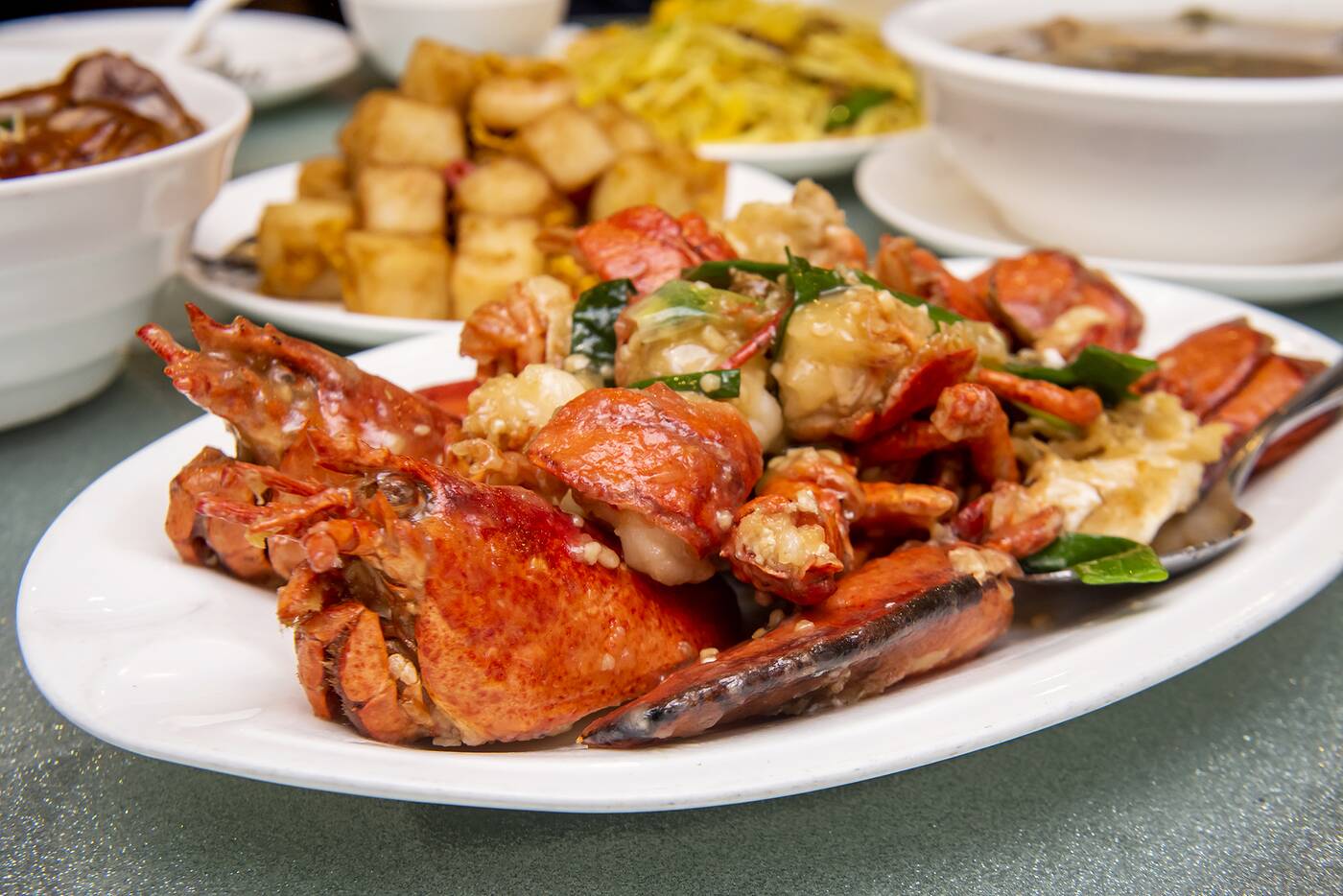 But at the heart of House of Gourmet is its simplicity of knowing what you want.

The menu boasts double whole lobster deals and Peking duck, but when looking for something quick, forgo the red menu and go for the green: rice, noodles or congee. 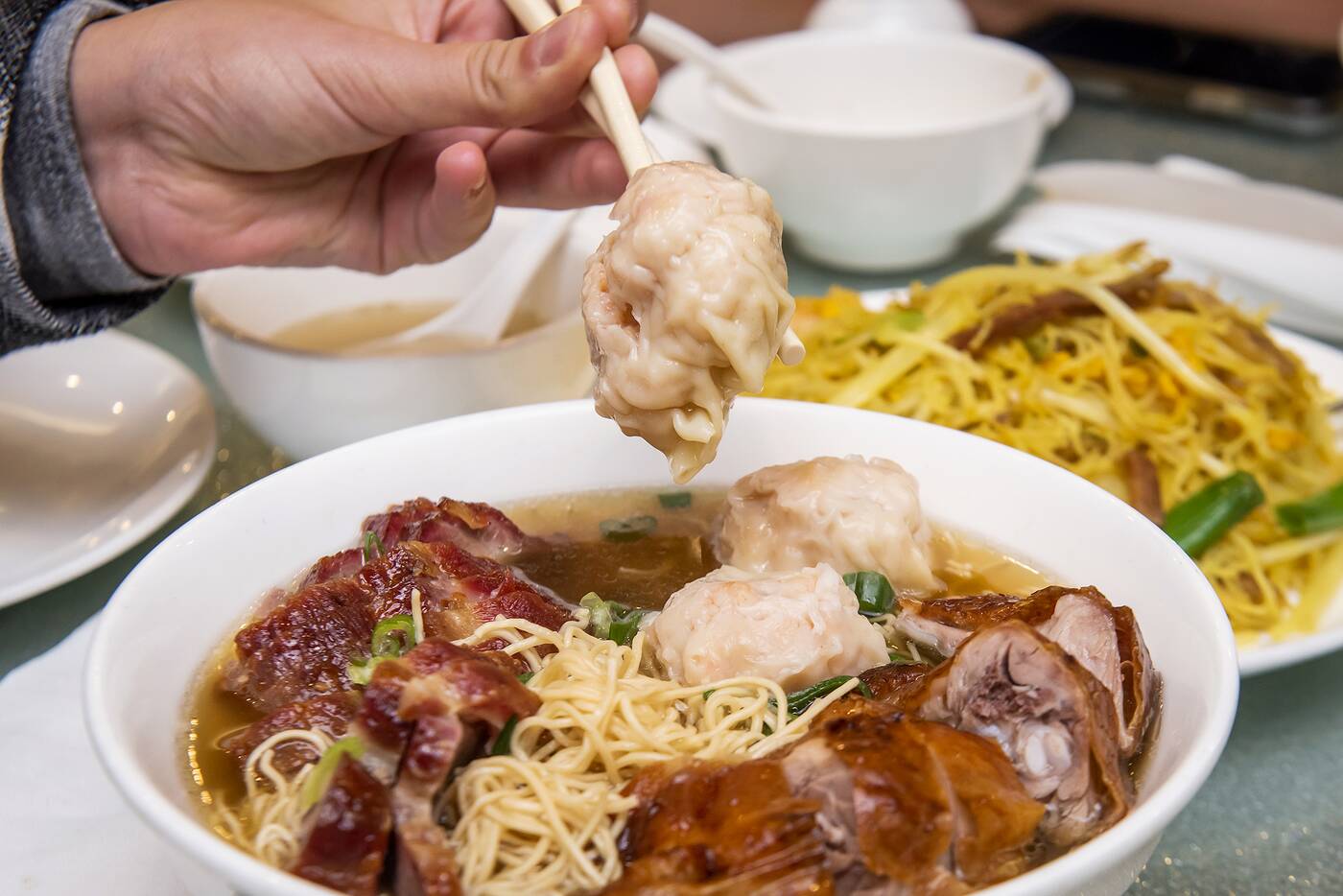 Variations of BBQ combos with suckling pig, duck or char siu (or all three) on rice or in noodle soups accompanied with big, juicy wontons for $10.50 a bowl or less. 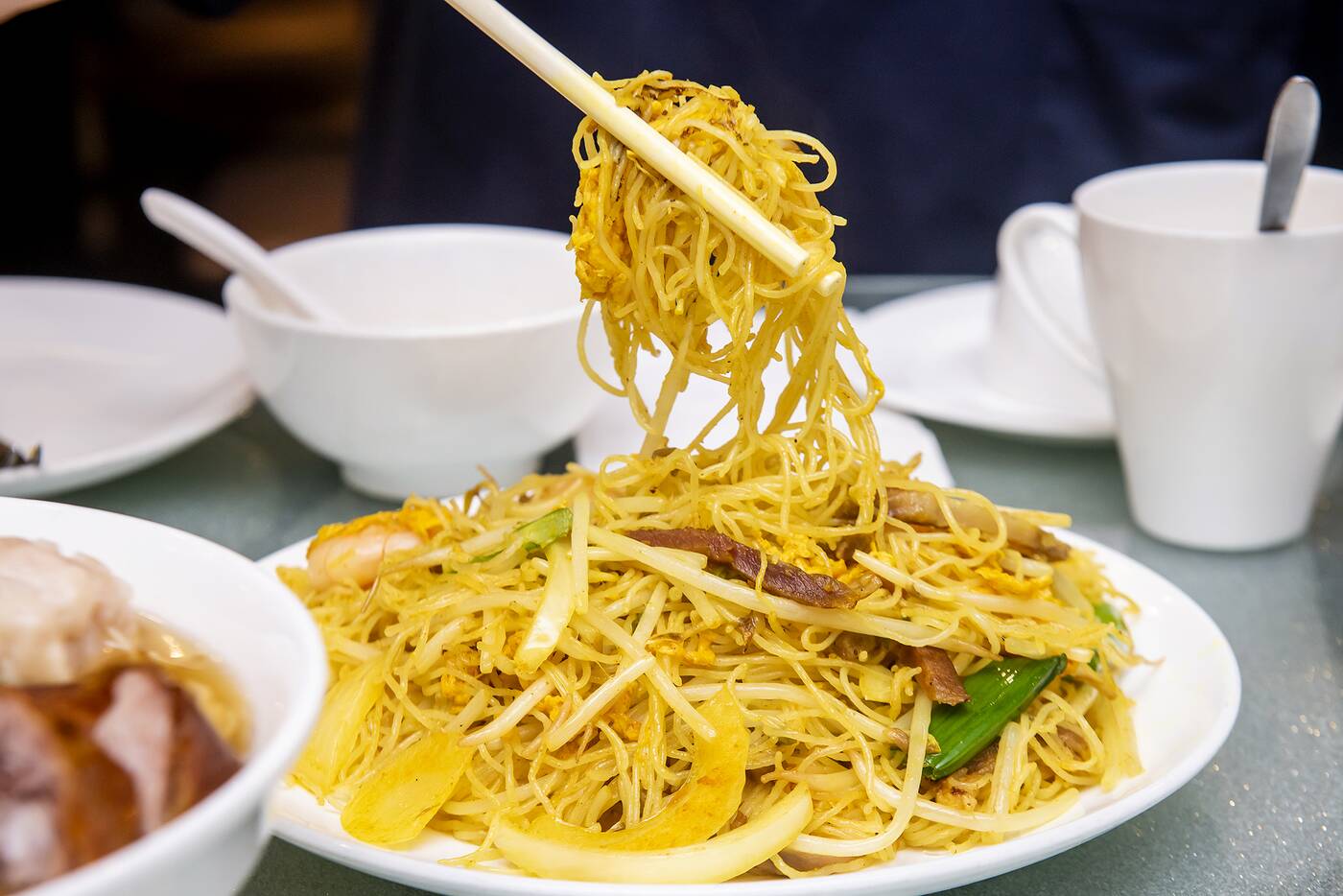 A plate of bright curry powdered Singapore vermicelli noodles ($11.75) can be eaten in a lunch combo or as a larger plate shared by the table. 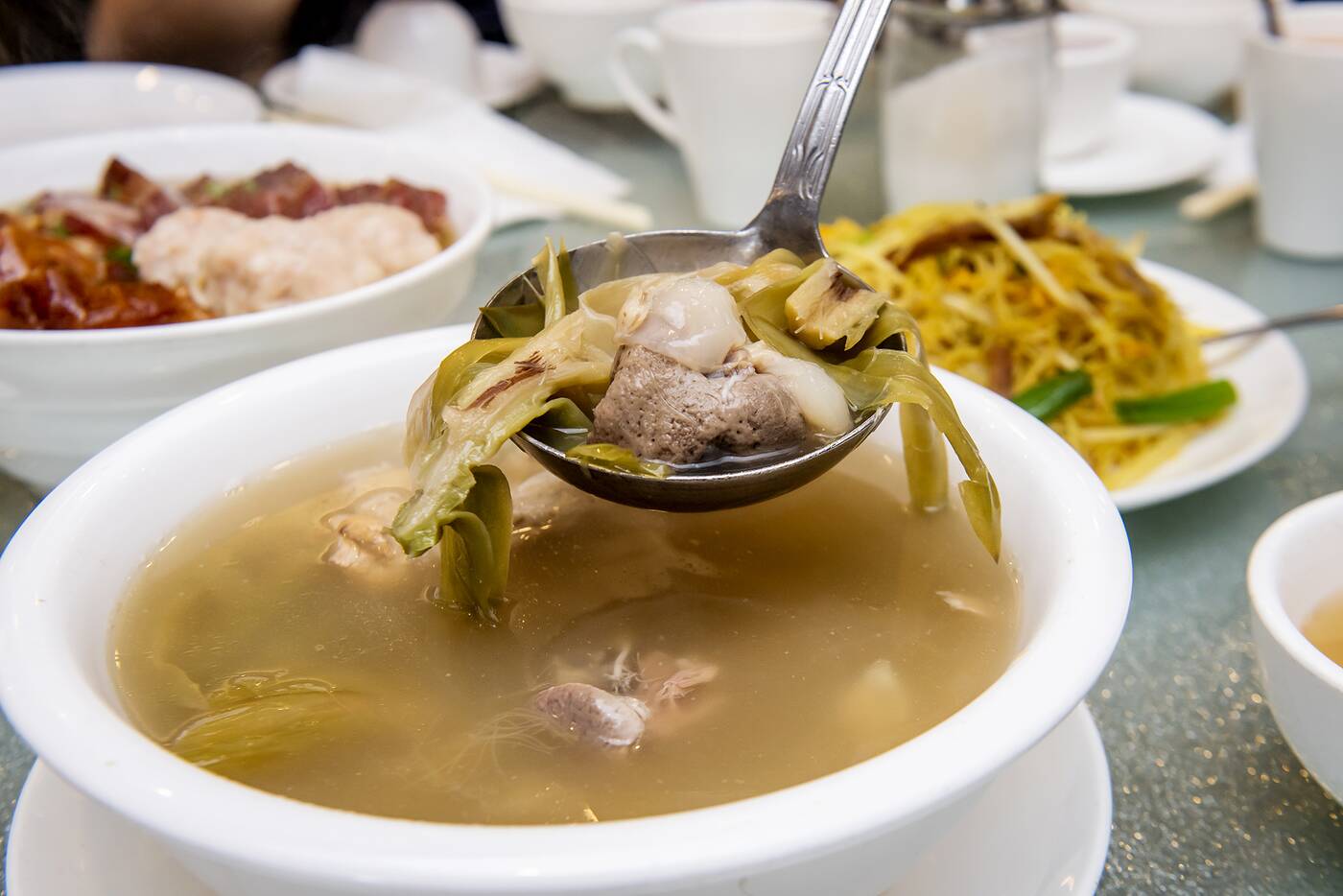 Dinner options span from sizzling plates to hot pot. Feasts are usually preceded by complimentary slow soups boiled all day from the day’s selection of meats and veggies, a simple and perfect combination. 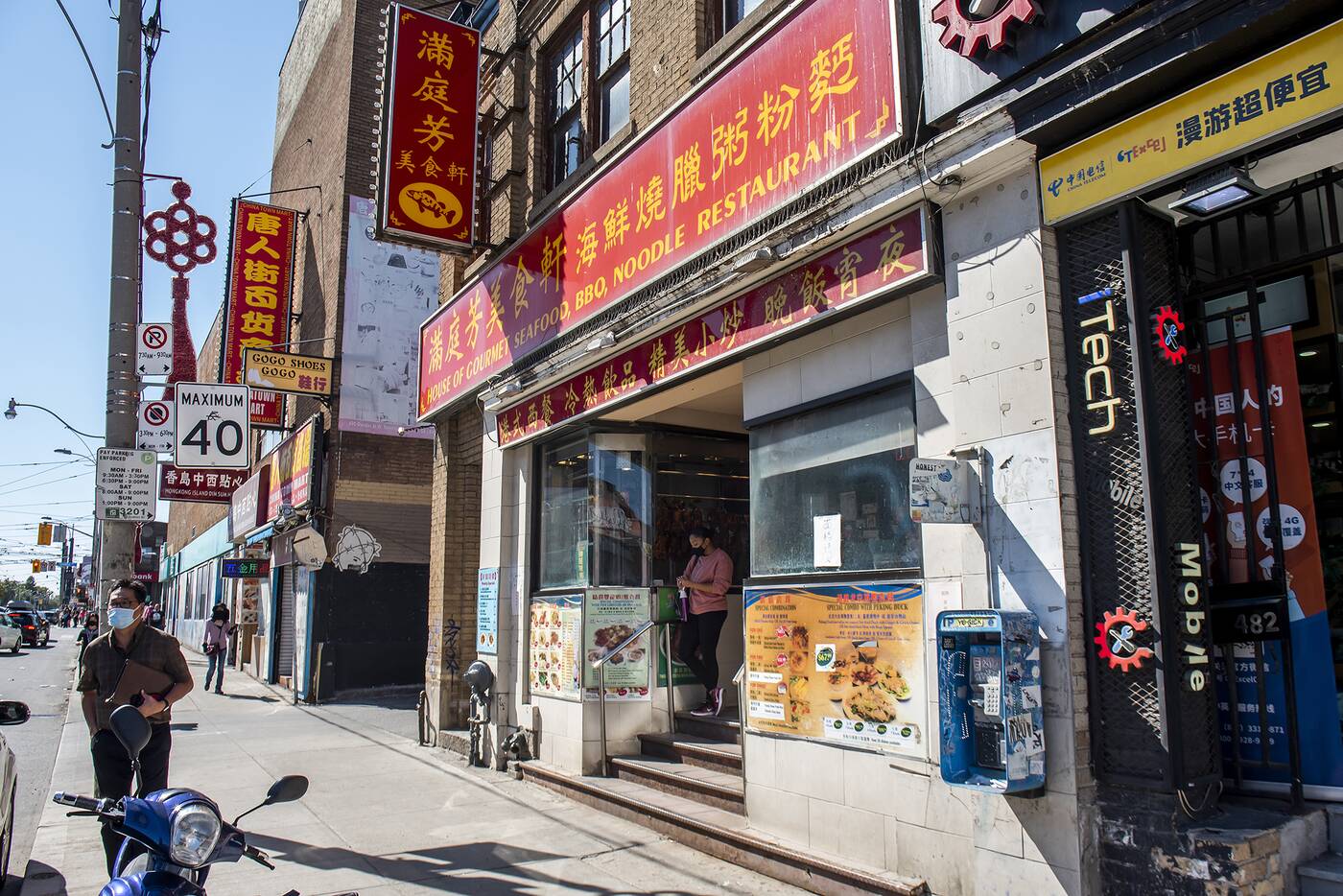 The Best Congee in Toronto

The Best Wonton Soup in Toronto