In the same building as Drake 150, this little cousin across the hall is open for coffee starting at 7:30 in the morning and is the first to encompass a flow from office lobby to outdoors. 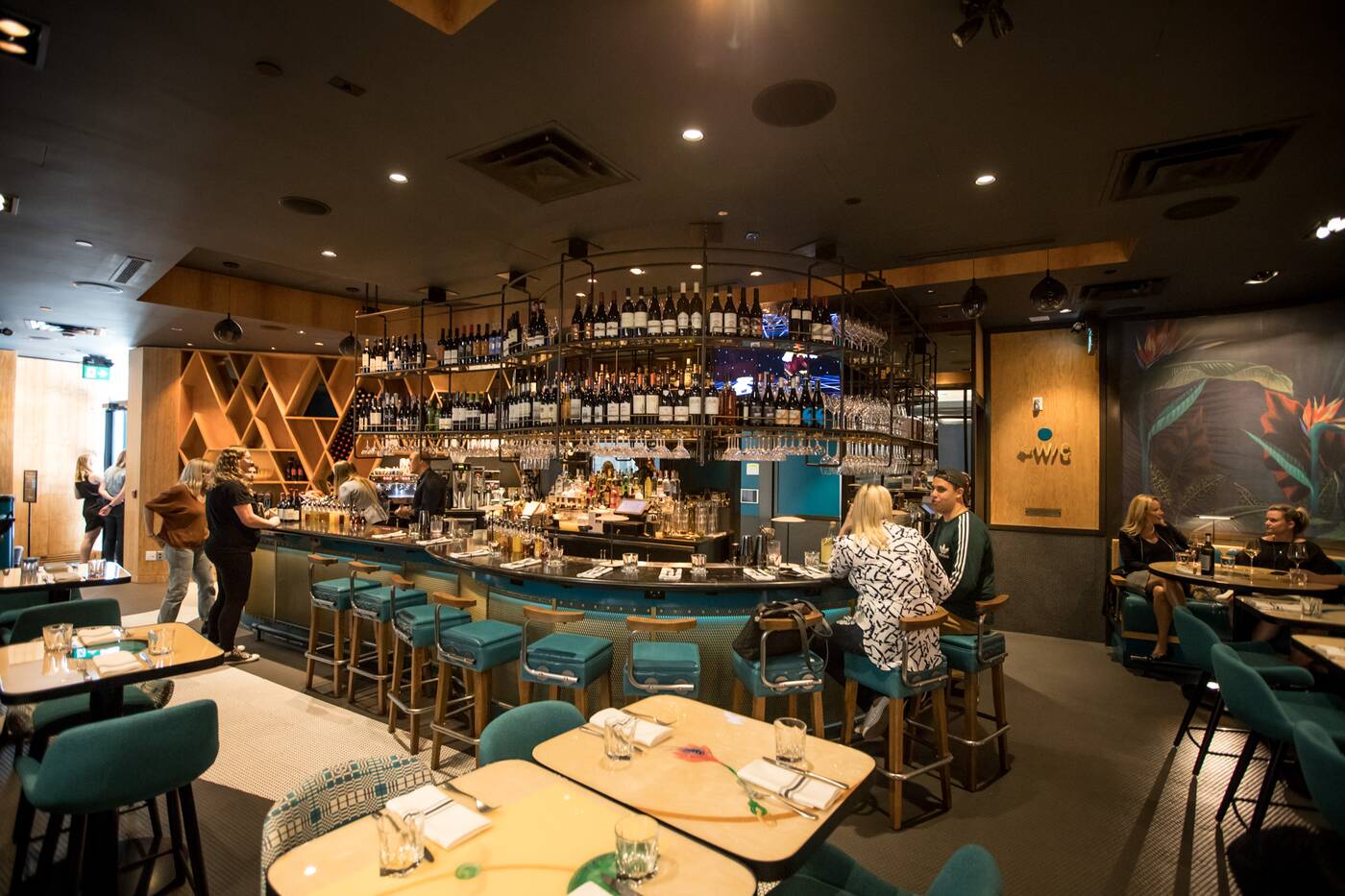 It’s also the first to showcase a solo artist exhibition, Rajni Perera the first ever of an annually changing series which extends to a wall piece, tabletops, and a mural. 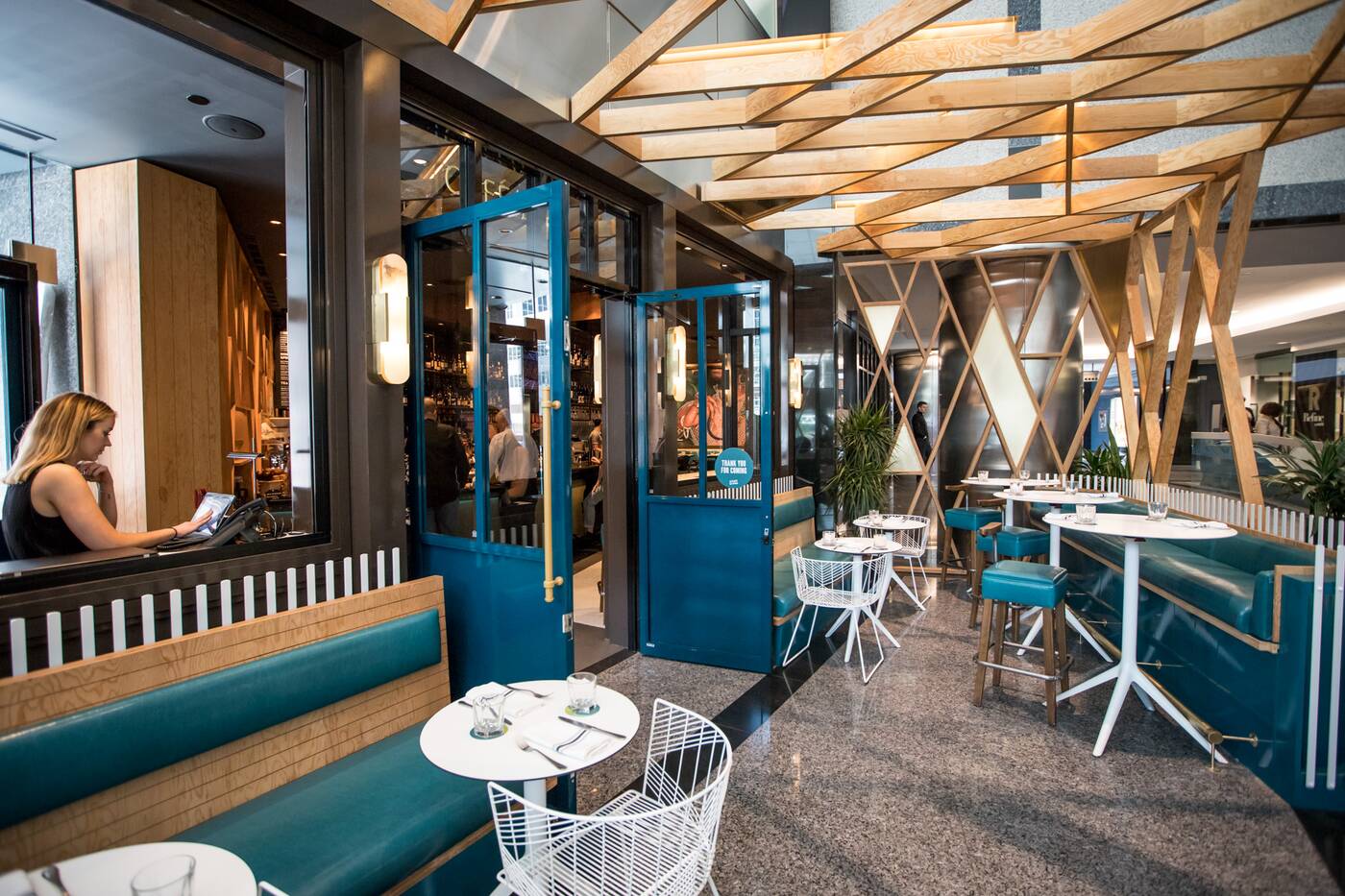 The teensy space seats just 40 inside and 20 out on a sort of indoor lobby patio that’s lighter on the art but has a cool treehouse-fort feel with a geometric wood structure. 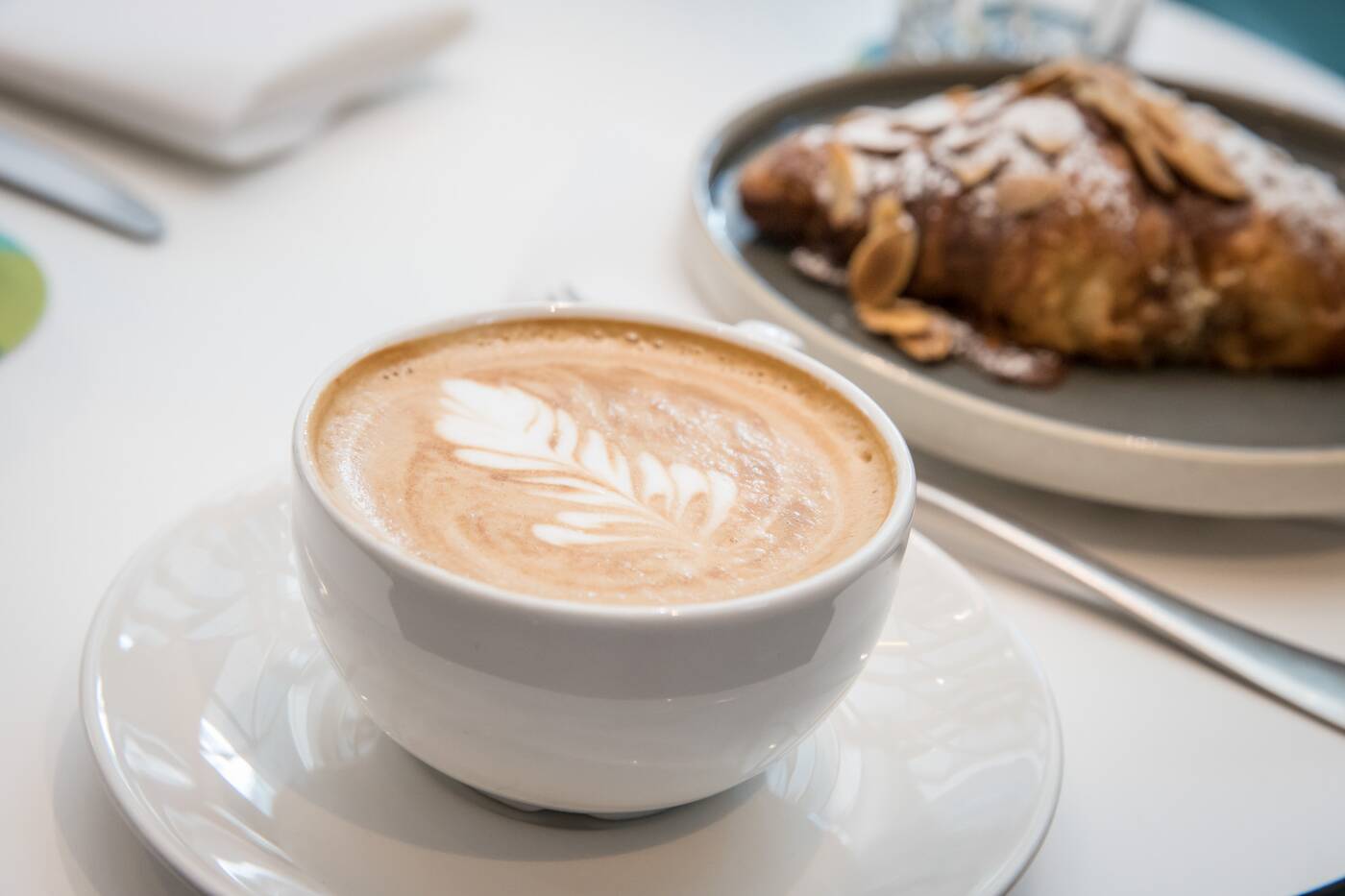 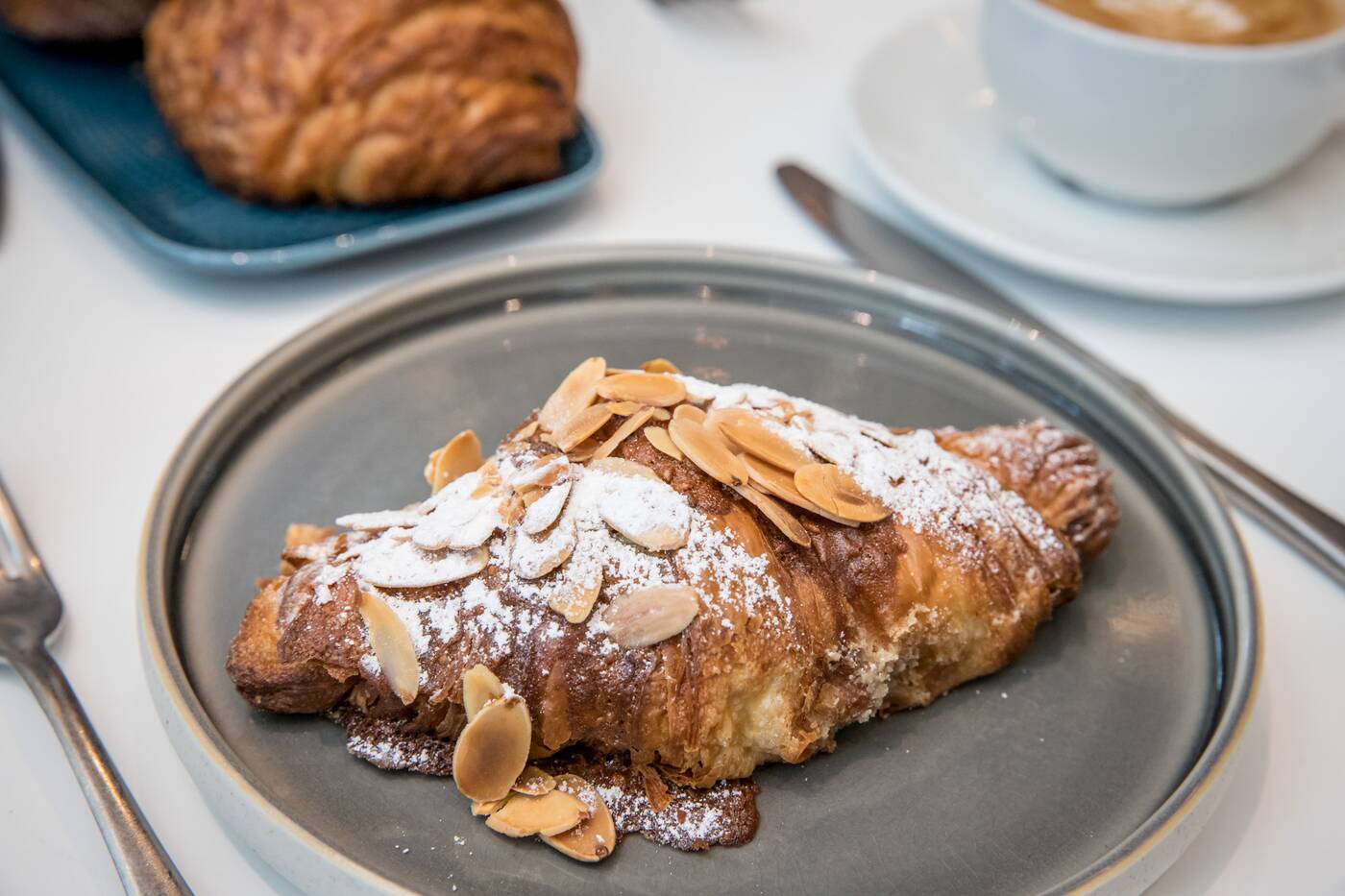 Jon Pong, Executive Chef both here and at 150, uses this small kitchen as a chance to experiment in the form of small, bold sharing plates. 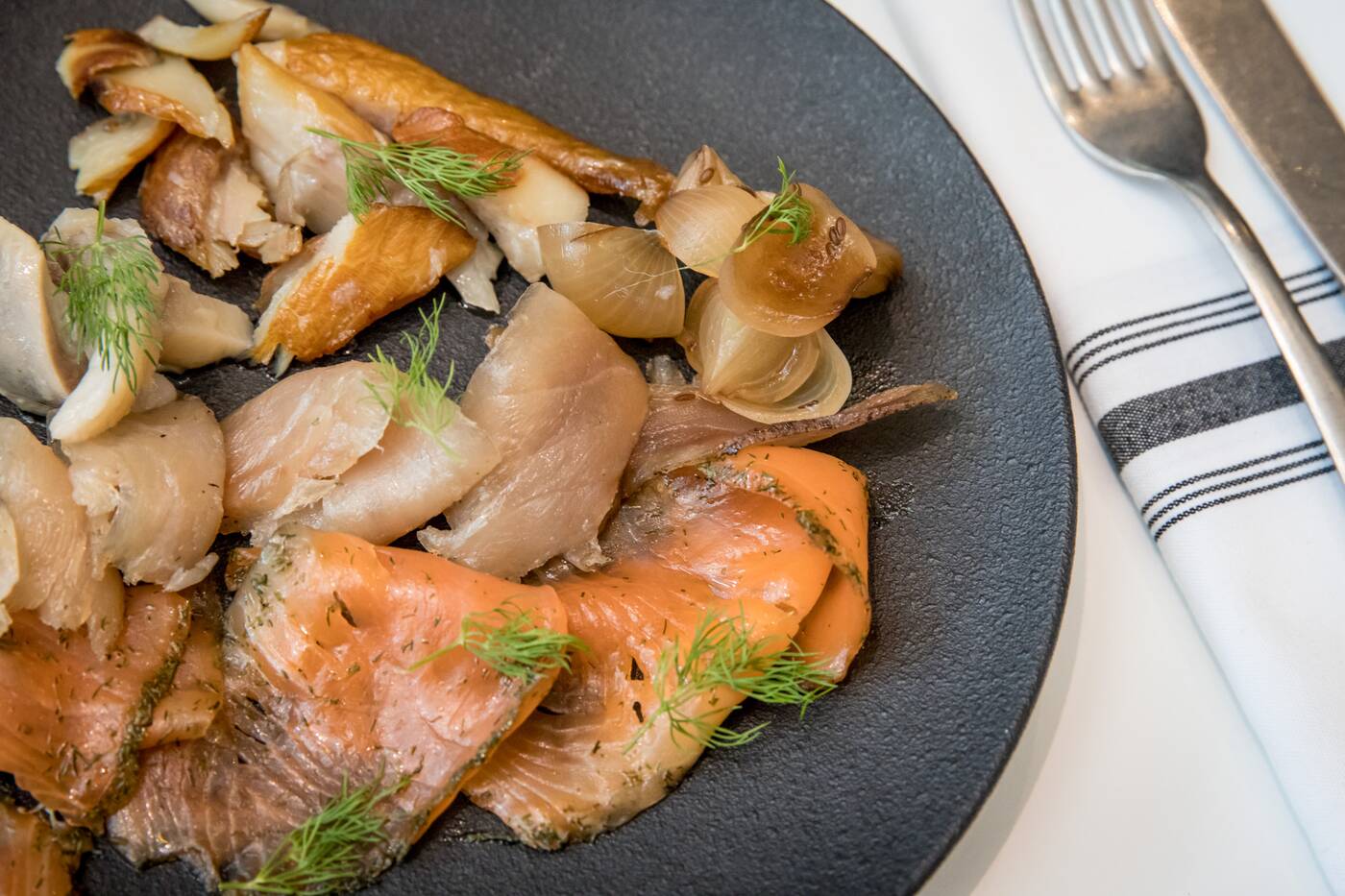 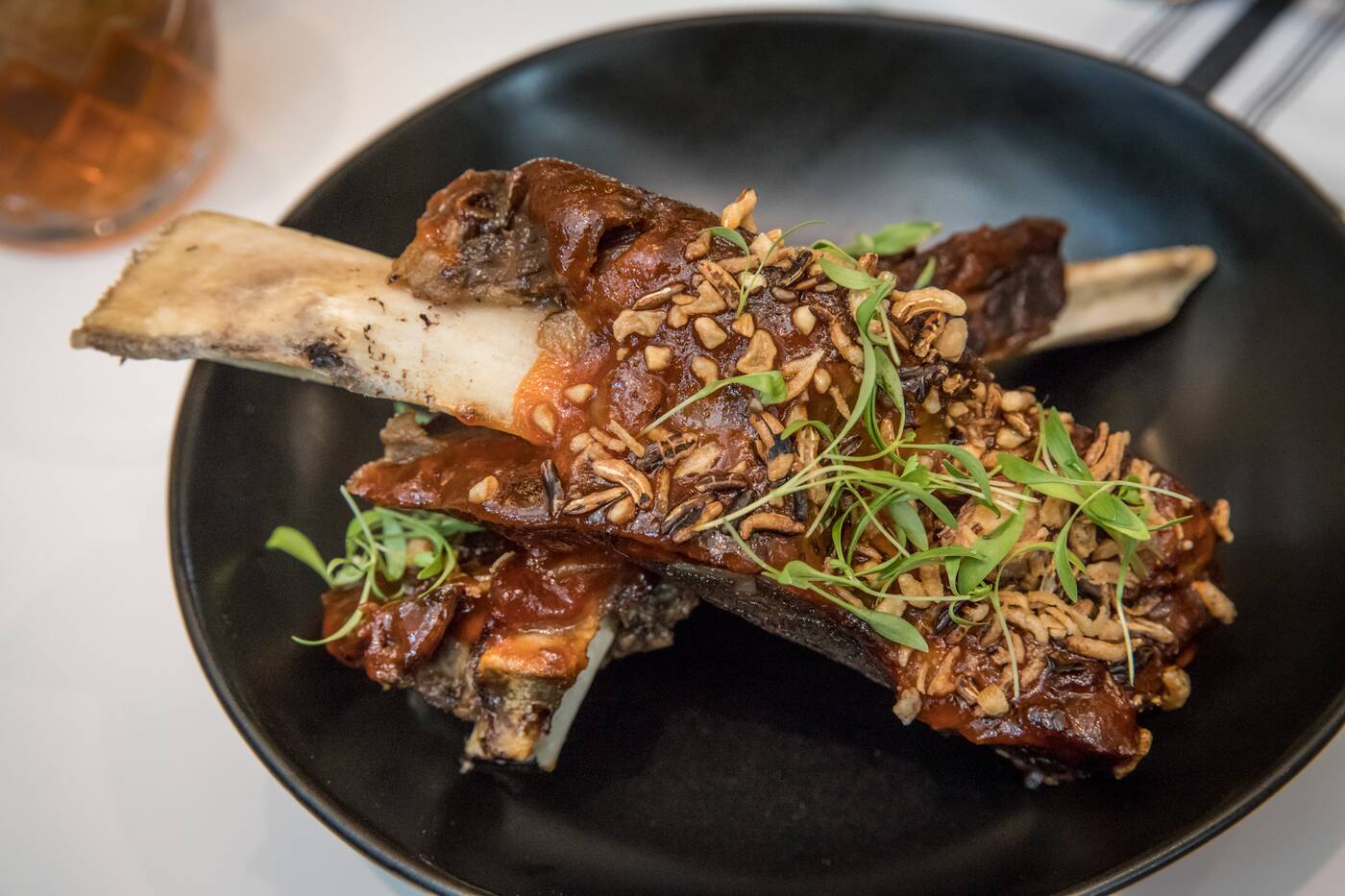 Beef ribs ($26) are glazed with a sweet and spicy maple sriracha and crusted with some puffed wild rice, crispy shallots and chives for texture.

Though it seems you need to shell out around $30 for any Cumbrae’s meats on the menu, these are beefy indeed and guaranteed to fill you up the most. 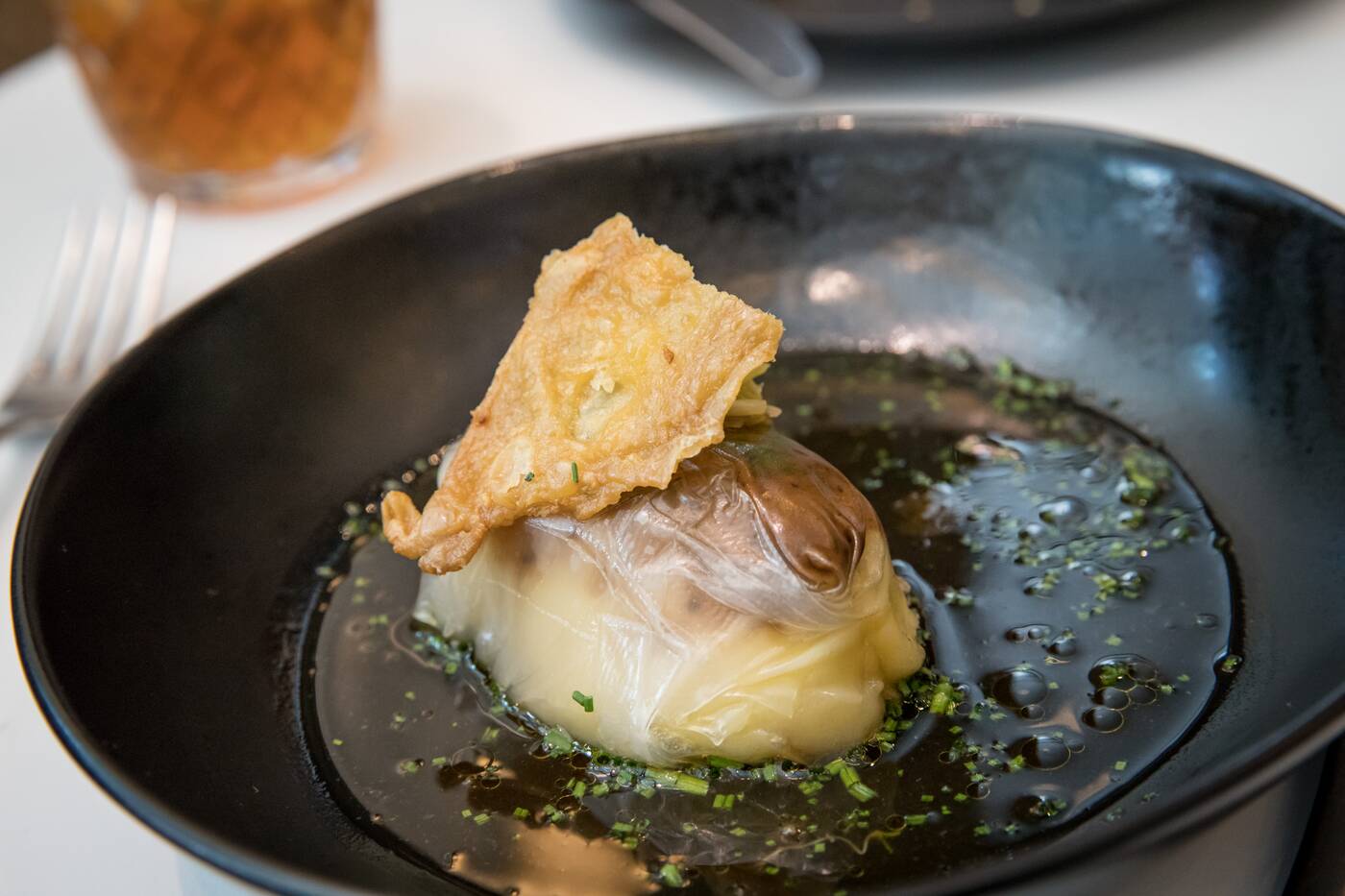 A mashed potato “dumpling” ($12) takes fluffy mashed potato and encases it in a mochi-like rice paper skin (Pong is inspired by Asian cuisine) with aromatic roast and black garlic. The richness is intensified by a roast chicken jus and crispy chicken skin chip on top. 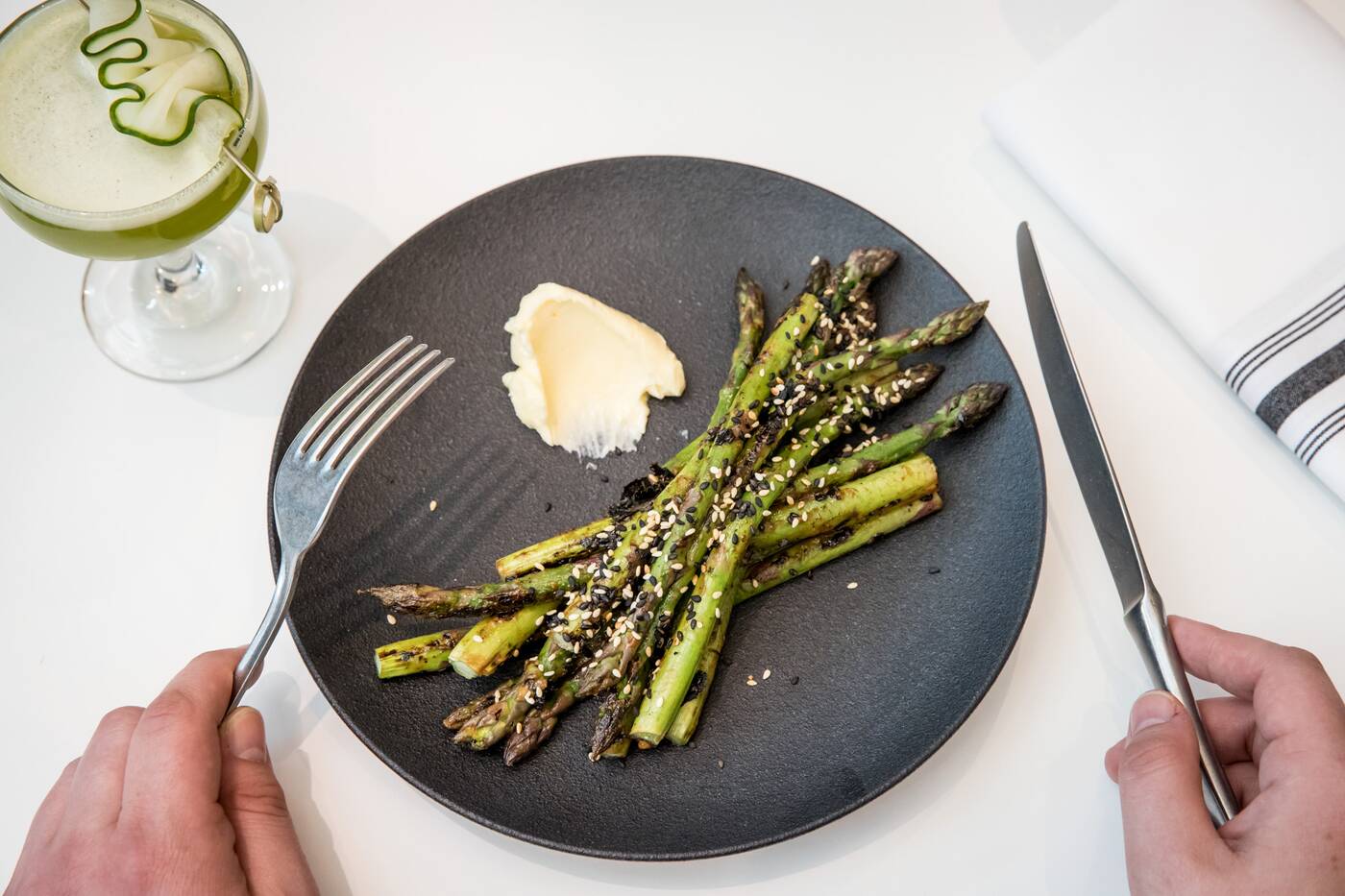 Charred asparagus ($15), tender but snappy, is also more of a sharing-style side, given a similar Asian touch with nutty black and white sesame and served with a garlic butter mayo. 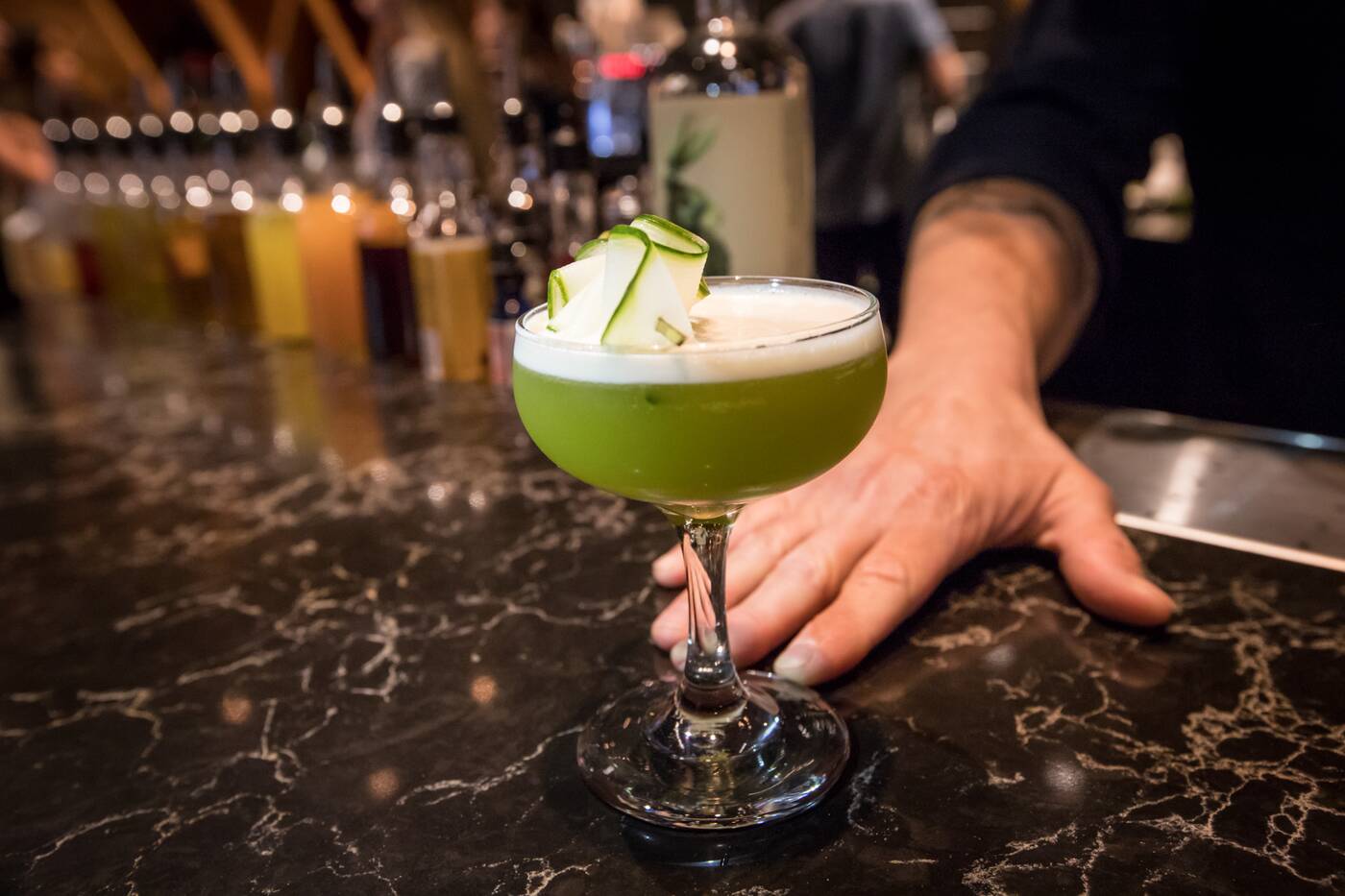 The Garden State ($13) is part of a list of non-alcoholic “temperance cocktails,” made with herbaceous Seedlip 108 in imitation of gin, cucumber, fennel, basil, lime and a pineapple cilantro juice. 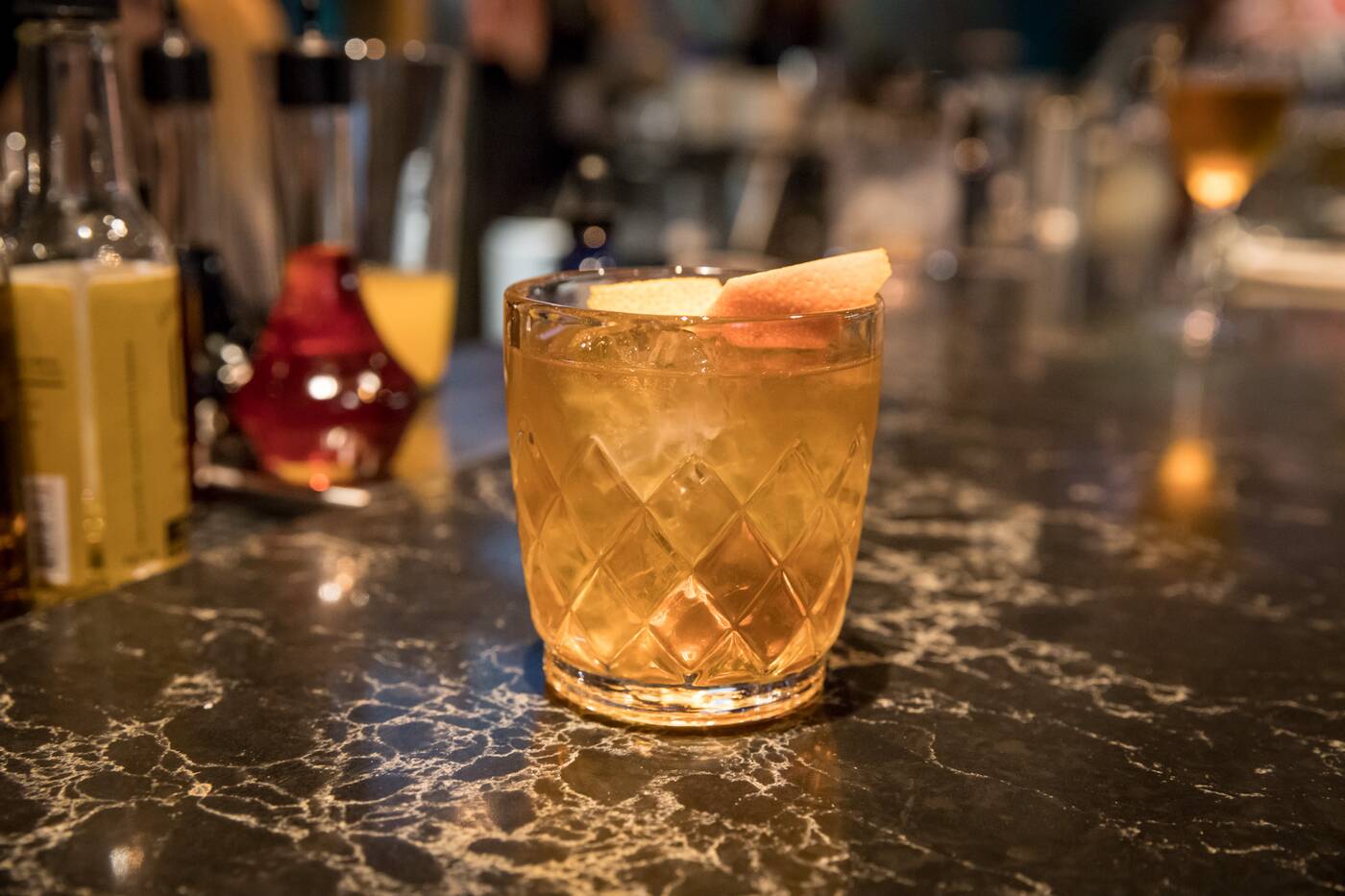 The Firm Handshake #2 ($16) replaces the usual Brown Butter Old Fashioned, Mini Bar actually the first not to include it on the cocktail menu. Made with equal parts boozy, smoky Johnnie Walker and bourbon, it’s finished off with Benedictine, macerated bitter orange and sarsaparilla. 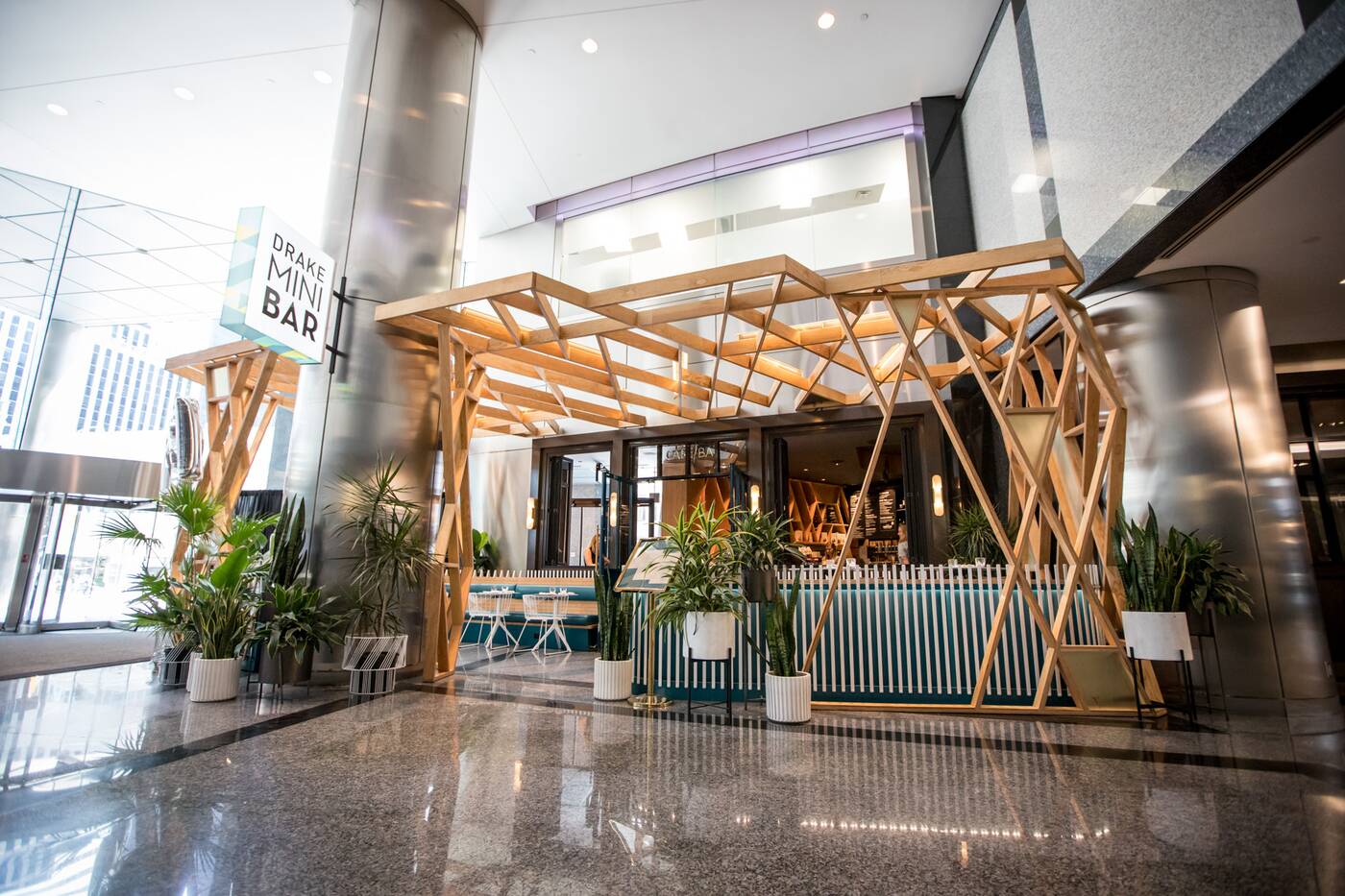