Osgoode Hall Restaurant has been a well-kept lunch secret among the legal community for years. Unless you're a lawyer or a judge, most people aren't even aware that the beautiful gated heritage building beside Nathan Phillips Square at the northeast corner of Queen and University is home to the Court of Appeal for Ontario, the Superior Court of Justice and the Law Society of Upper Canada , much less that there is a fancy place to dine hidden away in there.

For a little over two hours every weekday, the Law Society's Convocation Hall is transformed into an elegant lunch-time dining room that can seat 140 people, and what many don't realize is that the restaurant has been open to the public since the late '90s. 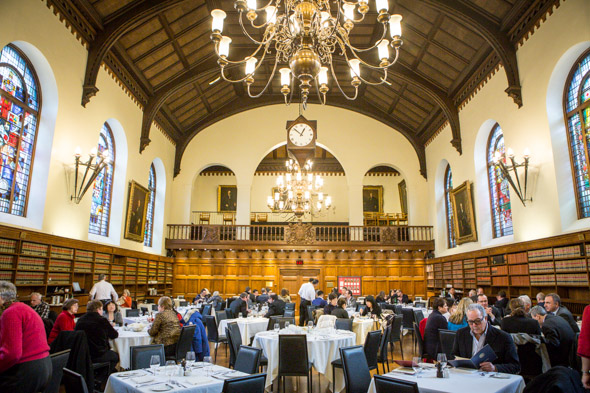 If you're willing to brave the security check upon entering the building (go through the Law Society's main entrance in the laneway on the east side), you'll be rewarded with the experience of dining in a setting fit for a Harry Potter movie (complete with paranormal ghost stories ). 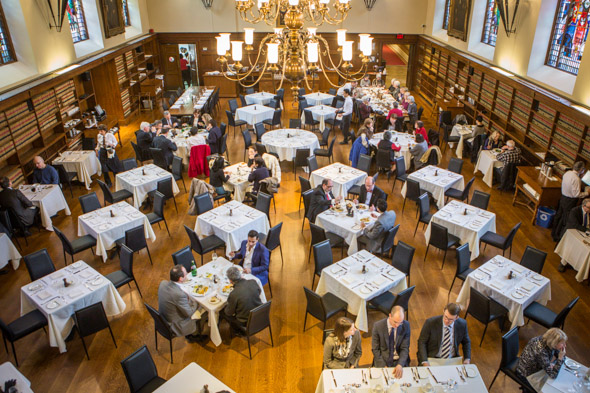 Run by the Law Society's food and beverage services (they also run a rather affordable cafeteria in the basement), the room is filled with old books, opulent chandeliers and stained-glass windows that are younger than they look (they're from the late 1980s). 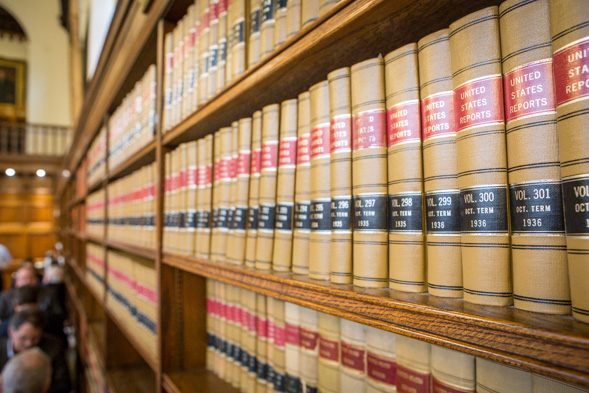 The room was modelled after the medieval dining halls of England's Inns of Court, and it's definitely a trip to watch robed lawyers and judges eating here during their lunch hour (courts usually break for lunch between 1pm and 2pm). A four-faced clock hangs from the ceiling so diners can keep track of time. 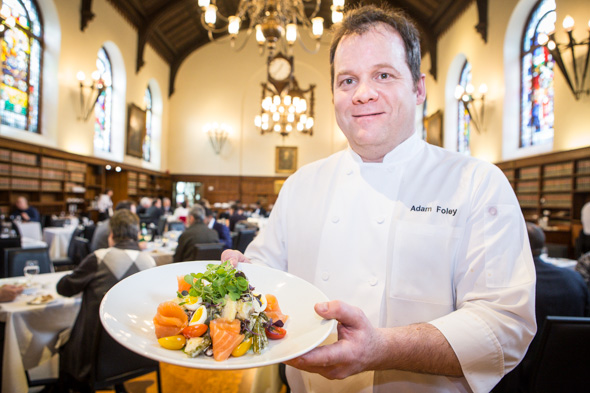 Executive chef Adam Foley has been running the restaurant and the cafeteria since 2009, and his menu focuses on local, sustainable foods. The food is quite reasonably priced for a fine dining setting, with a $22.95 daily three-course prix fixe and an Ã  la carte menu where the most expensive entree tops out at $24 - for the ever-popular steak frites (using naturally raised Wellington County beef). Since time is of the essence here, sandwiches, like the Upper Canada Club ($12), which has been around since 1968, are another staple order. 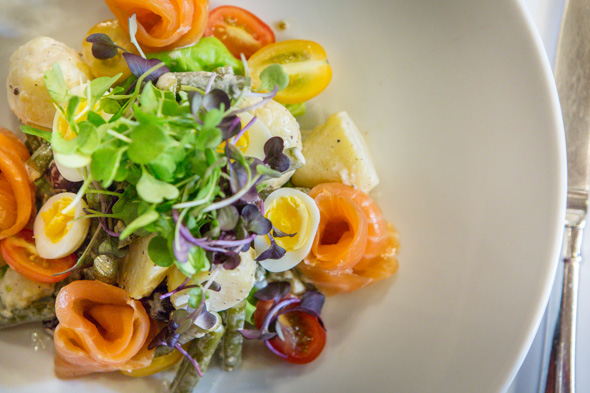 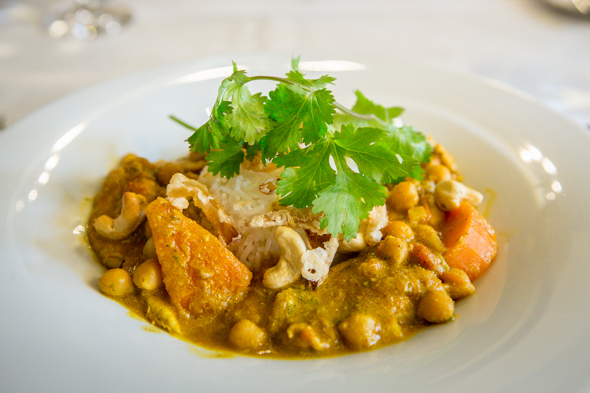 As a main, there's the curry chicken ($18), with free-range meat from Cumbrae's , basmati rice, cashews and a coriander yoghurt. The chicken is moist and tender, and the chickpeas, carrots and tomatoes make the dish a comforting and hearty meal for winter. 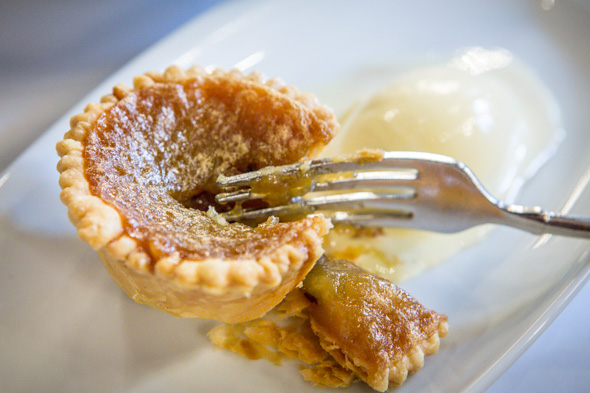 For dessert, the butter tart with house-made vanilla ice cream ($8) is an enduring favourite. The restaurant has used the same recipe since the '60s (although Foley has traded out lard for butter), and it's easy to taste why: the crust is so crisp and flaky you can literally hear it crack as you put your fork through it, and the filling is melt-in-your-mouth sweet deliciousness. This is really the quintessential Canadian dessert, and Osgoode Hall's version may just be one of the best in the city. 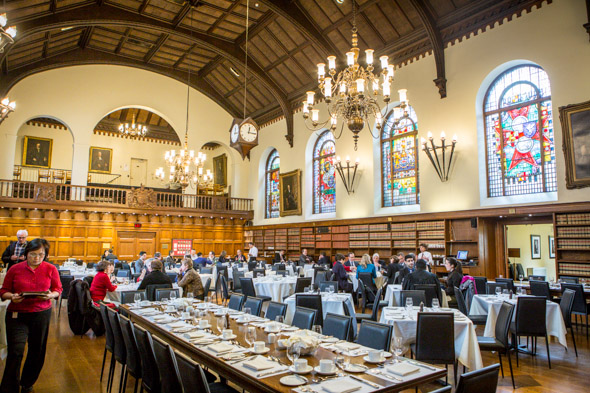 Overall, this is definitely an out-of-the-ordinary place to go for lunch and impress a dining companion if you're ever in the area. Just make sure you're on your best behaviour - you never know who might be sitting nearby. 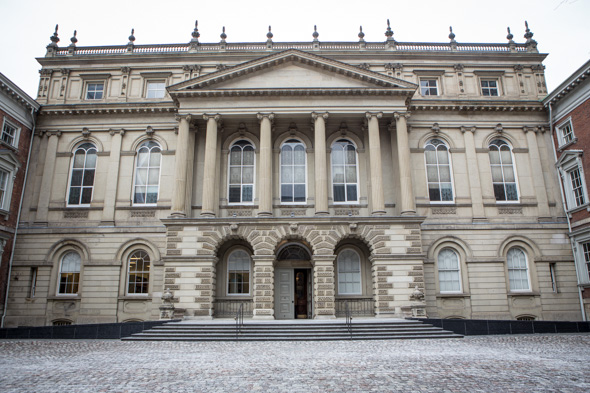 Osgoode Hall Restaurant is open Monday to Friday from 11:45am to 2pm, from September (shortly after Labour Day) to the end of June.