Drake 150 is currently open but their offerings and services may be affected due to the pandemic. Please contact the business directly for more information about any changes. Is this your business? Please contact us if you would like to update this message.

The Drake One Fifty, the first standalone offshoot of the iconic Queen West hotel is now open on York Street in the Financial District. The new 180-seat restaurant and bar nods to many of The Drake's trademarks; there's a mini General Store condensed into a vintage cabinet, a stage for live performances, a photo booth and annually (and semi-annually) curated art installations from both emerging and established Canadian artists. 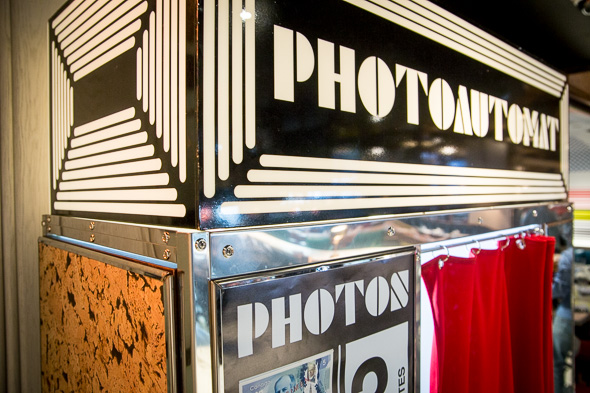 The interior, executed by British designer Martin Brudnizki, is an eclectic mix of vintage meets postmodern. Geometric Moroccan patterns tile the floors and fire-treated cork ceilings are among the luxe finishes paired with colourful leather seating and quirky pop artworks. 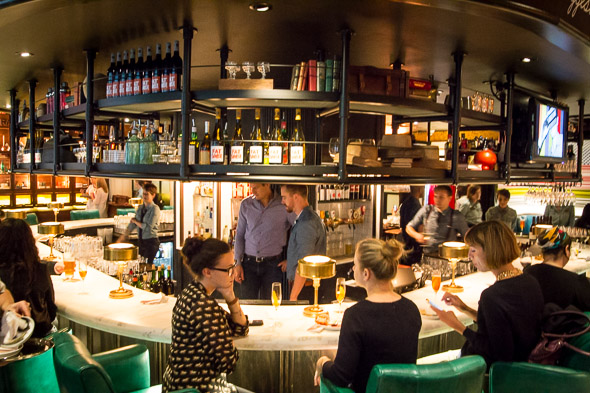 At one turn, there's a candy coloured mural by Douglas Coupland, and at the next, a pergola-like installation from Toronto's Brothers Dressler. Even the washrooms showcase curated video installations, the inaugural piece being from Guy Maddin (of My Winnipeg and The Saddest Music in the World fame). 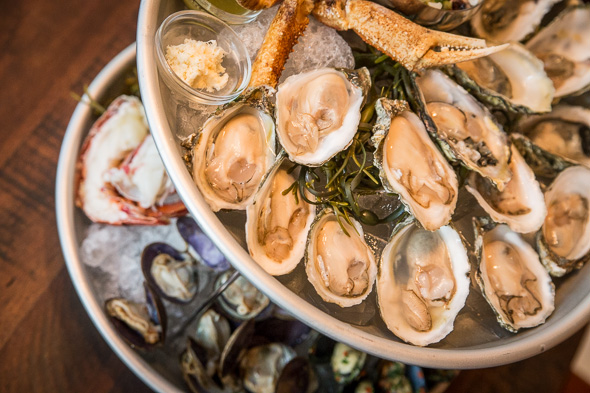 From the raw bar, seafood platters like this XL option ($150) feature poached lobster, shrimp, mussels, clams, marinated squid and a couple dozen perfectly shucked oysters with all the obligatory garnishes. A smaller version is available for $50. 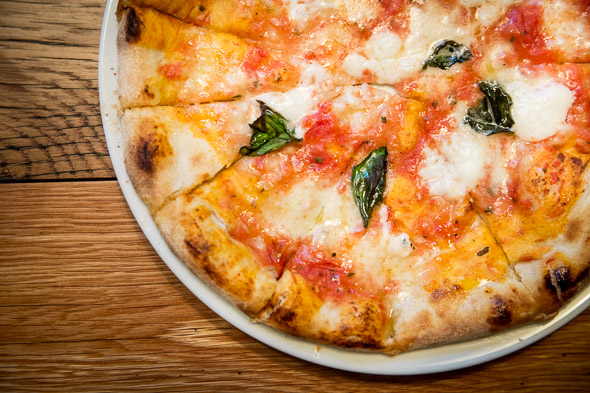 From the stone deck pizza oven, there are four premium pies that include a classic Margherita ($16), as well as an indulgently topped lobster pizza ($26) that's finished with shaved black truffle. 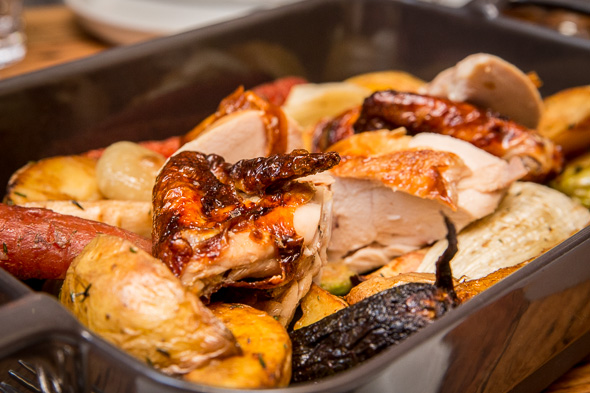 Options to share at the table include meaty feasts like a 34oz. cĂÂ´te de boeuf ($89) or a whole rotisserie chicken ($40) served in a roasting pan with roasted carrots, brussel sprouts and accompanied by a miniature gravy boat of jus. 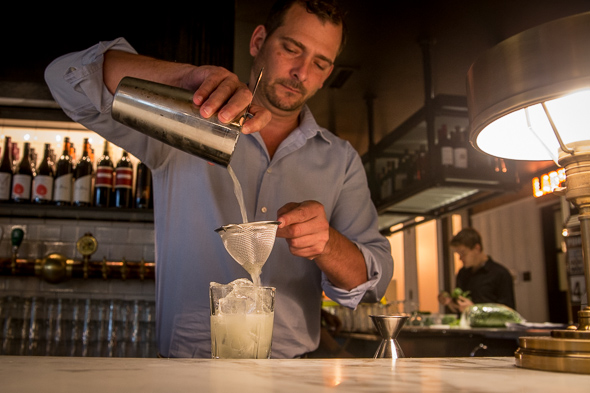 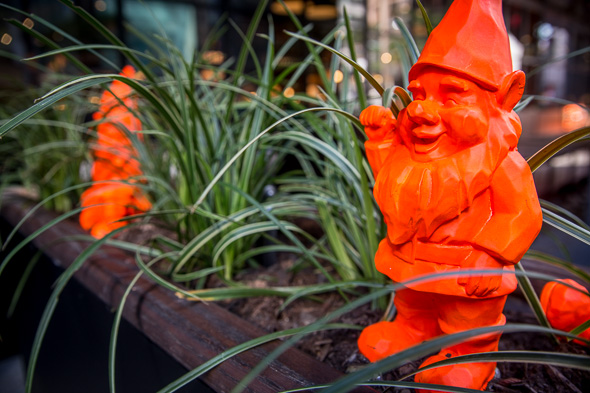 Outside, neon gnomes surround a covered patio that adds an extra 80 seats, plus, there's a parkette out back that is still unused but included in the restaurant's lease - no doubt Drake One Fifty will find some creative purpose for it. The restaurant is open currently for weekday lunches and dinner nightly. 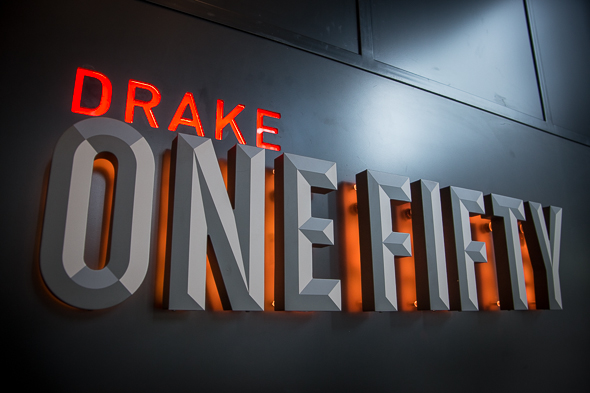