Canbe Foods is a popular takeout spot for South Asian and Sri Lankan eats featuring some of the city’s favourite samosas, roti and biryani.

Pretty much everything sold here can also be bought in bulk, however, and there’s a substantial fridge and freezer section with various drinks, boxes of gulab jamun, roti, cutlets, samosas and rolls. 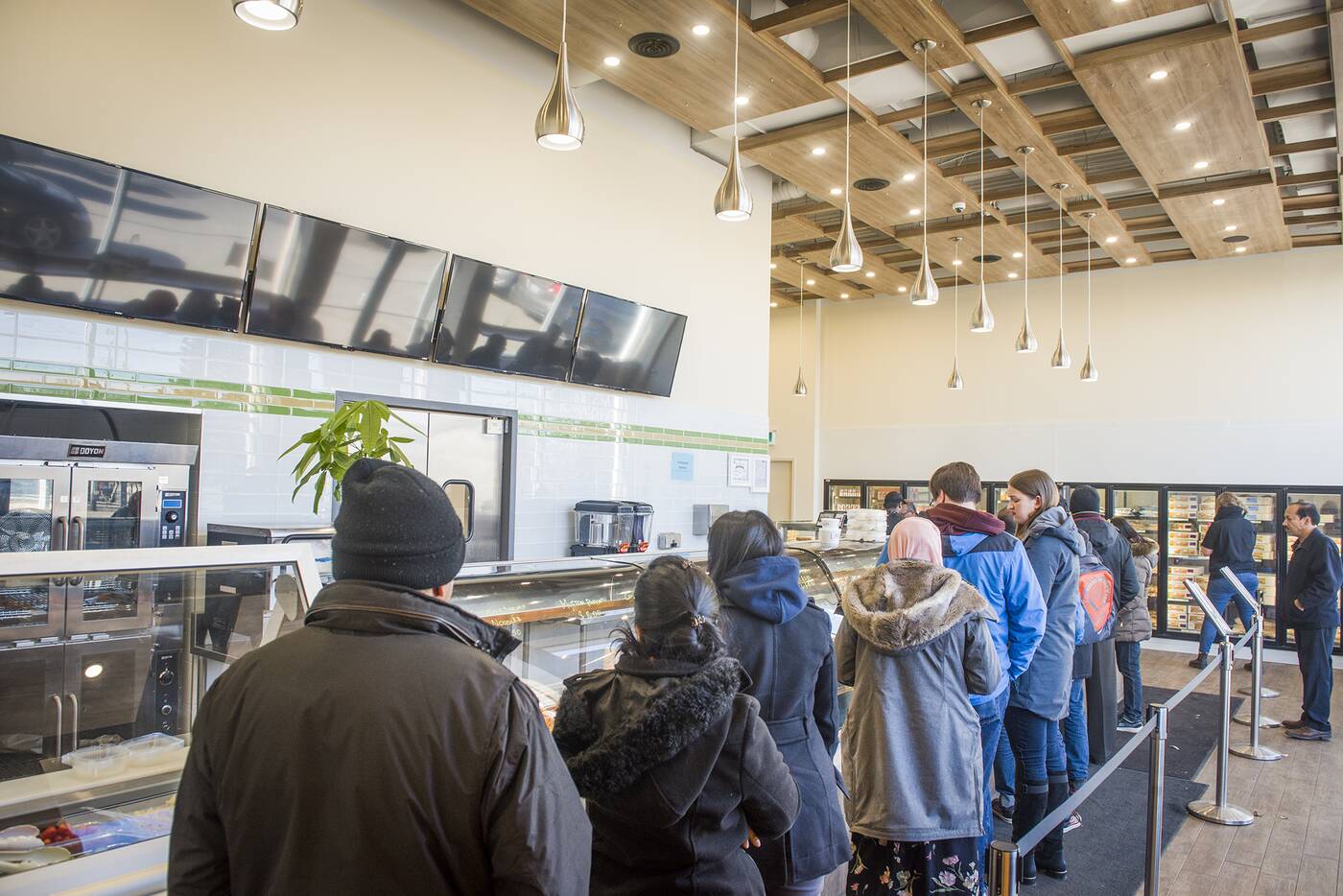 The place was once much less open but underwent a significant reno to adopt high ceilings, a more streamlined look and even a new snacks section. 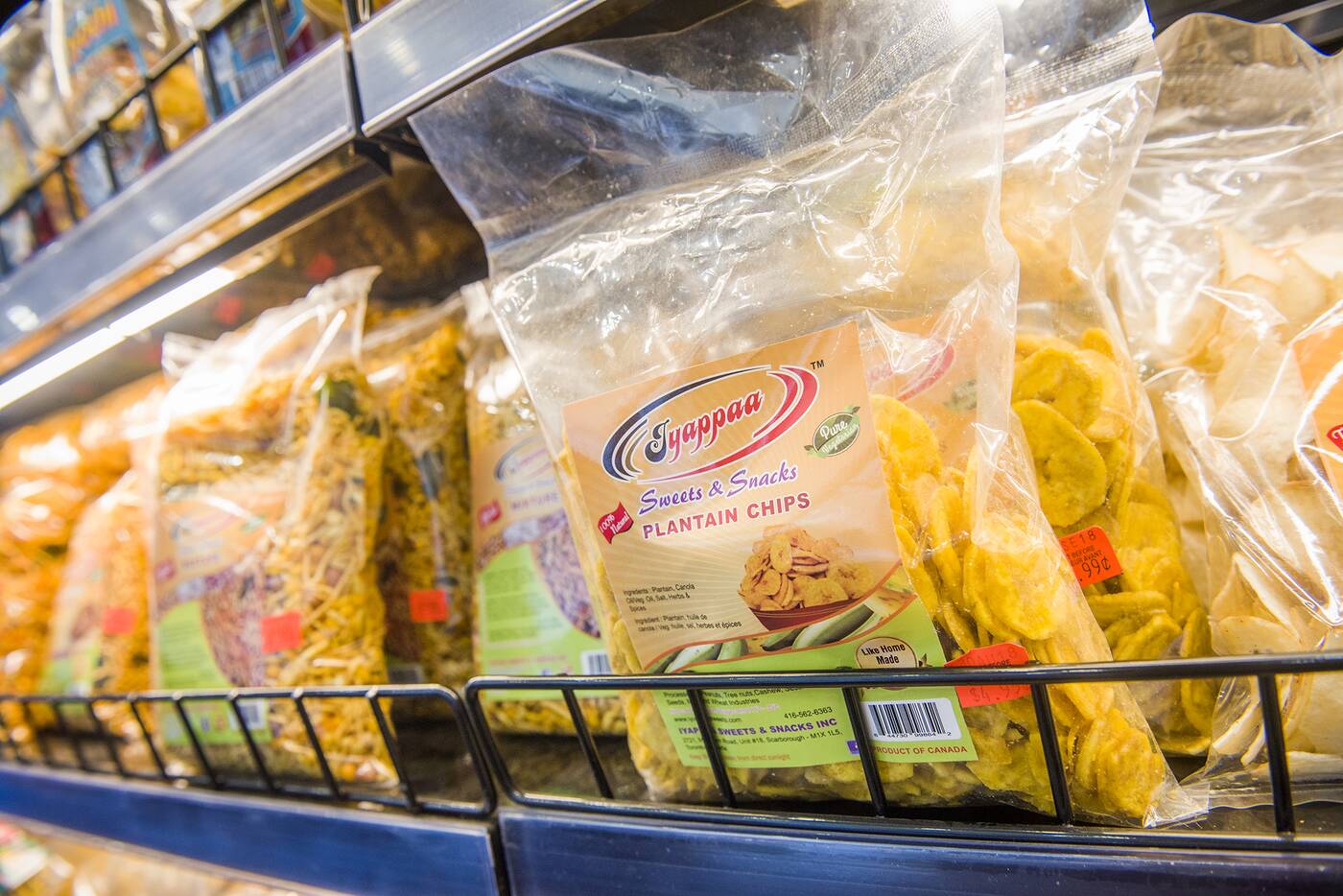 I never witnessed the place as it looked previously, but I hear old customers coming through the doors and gasping and exclaiming how nice it looks now. 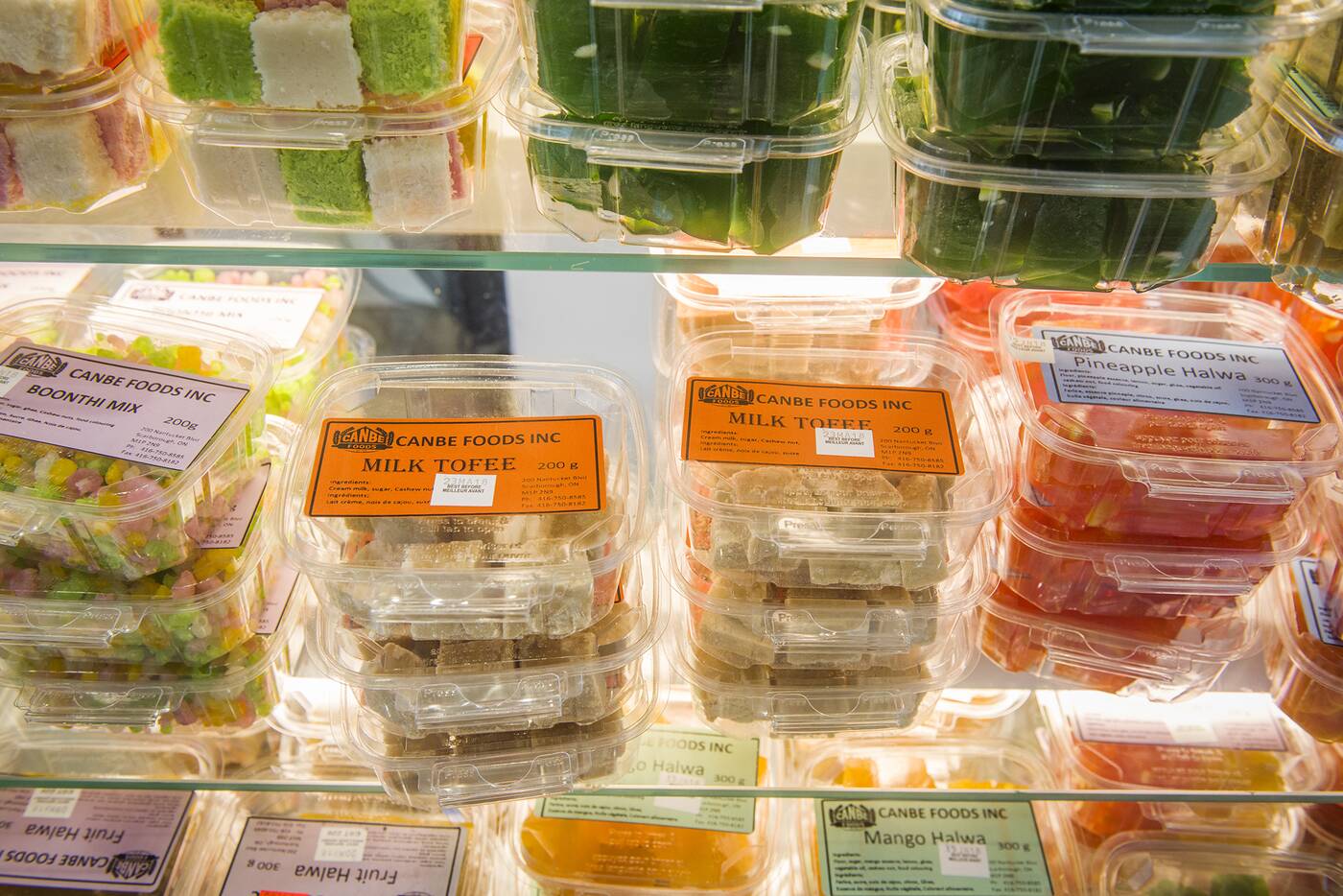 In addition to the frozen section there’s also a large dessert section mostly with many different colourful varieties of halwa sweets, which can easily be bought in bulk as well as packaged, as well as packaged milk toffee and boonthi. 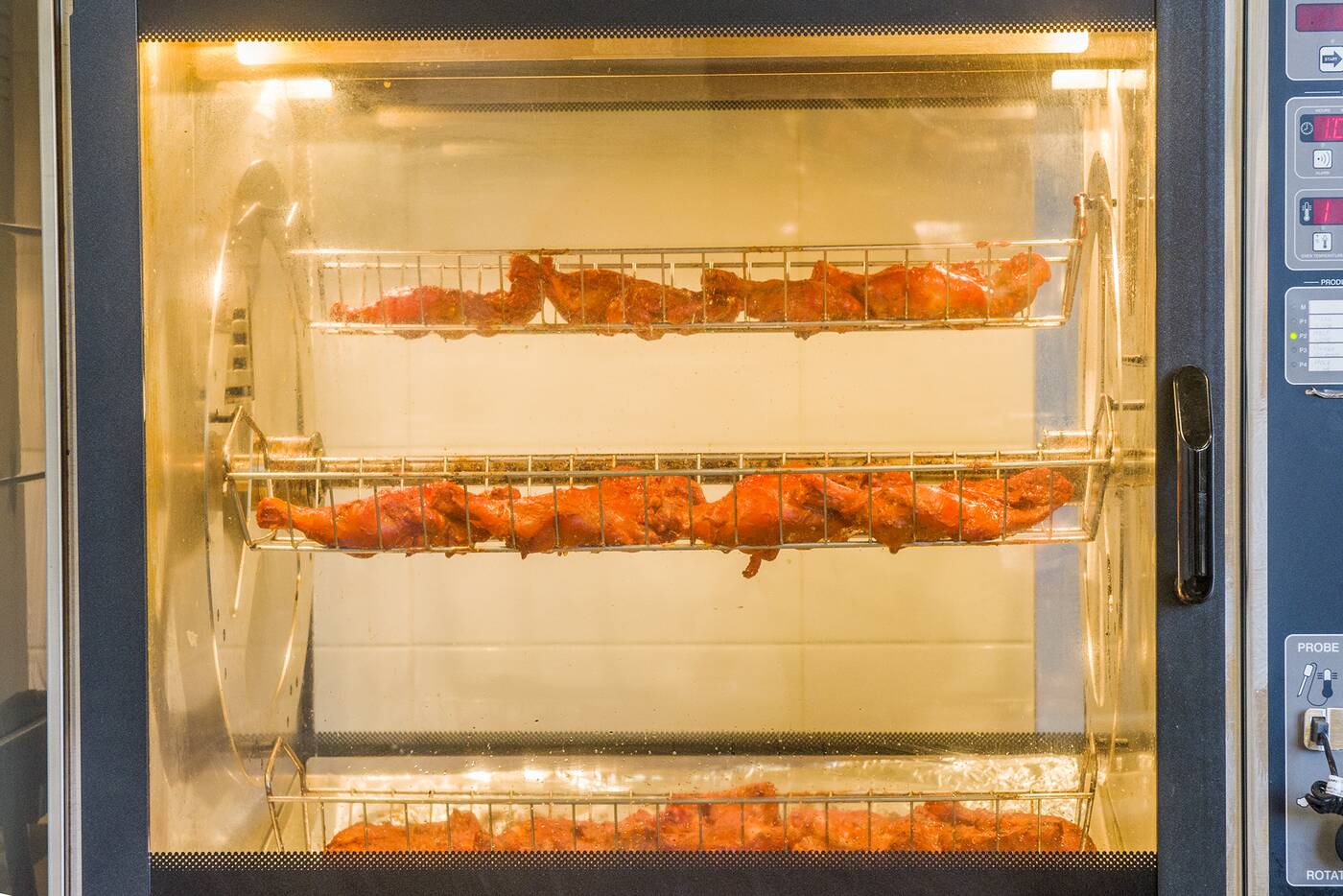 All tandoori chicken is now more succulent and cooked faster thanks to a rotisserie oven installed during the reno. They can also cook more varieties of chicken this way. 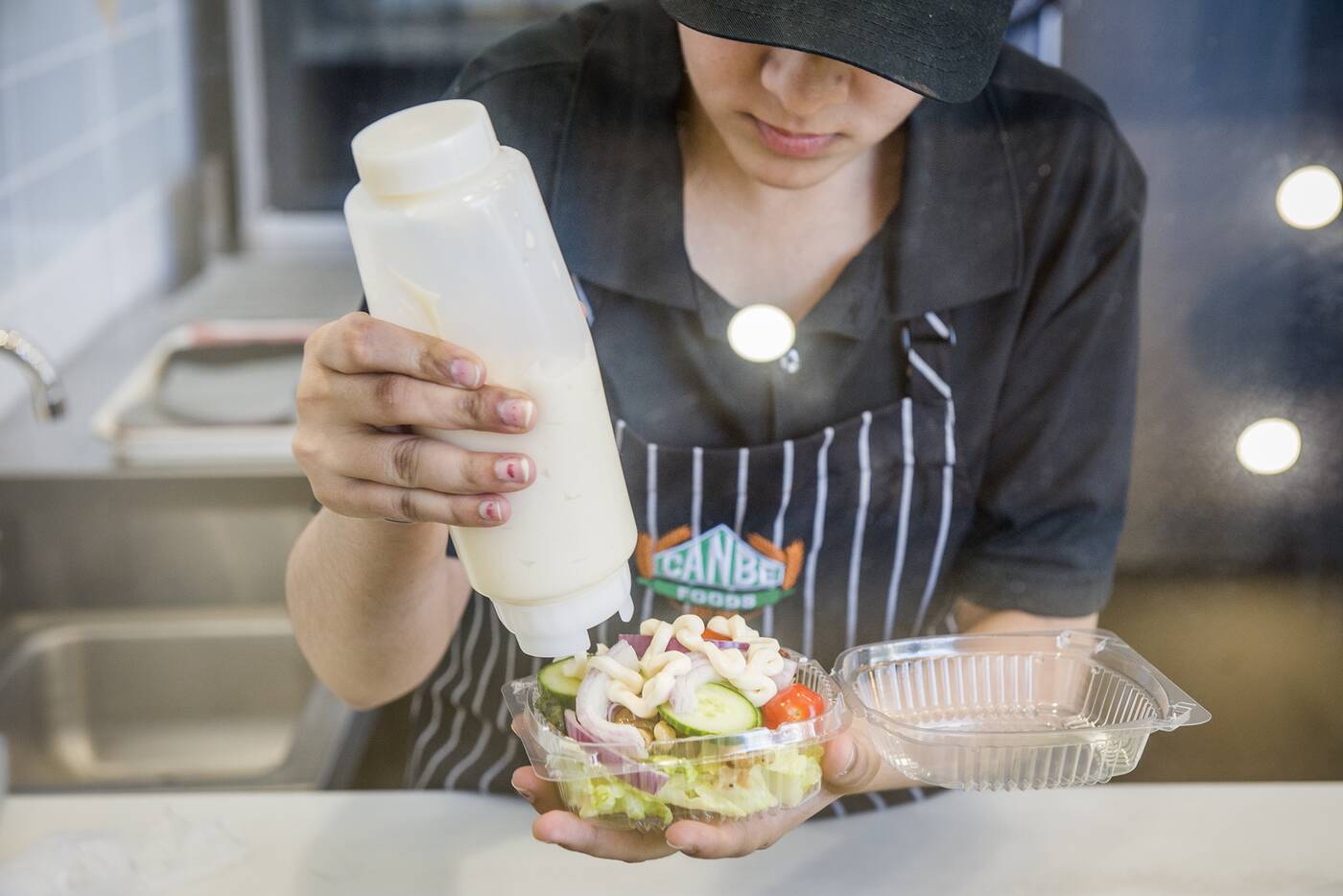 The first row of trays you encounter at the very tail end of the line is a salad bar, from which you can create your own salad or grab one of the South Indian side salads on offer, for example a chickpea yogurt. 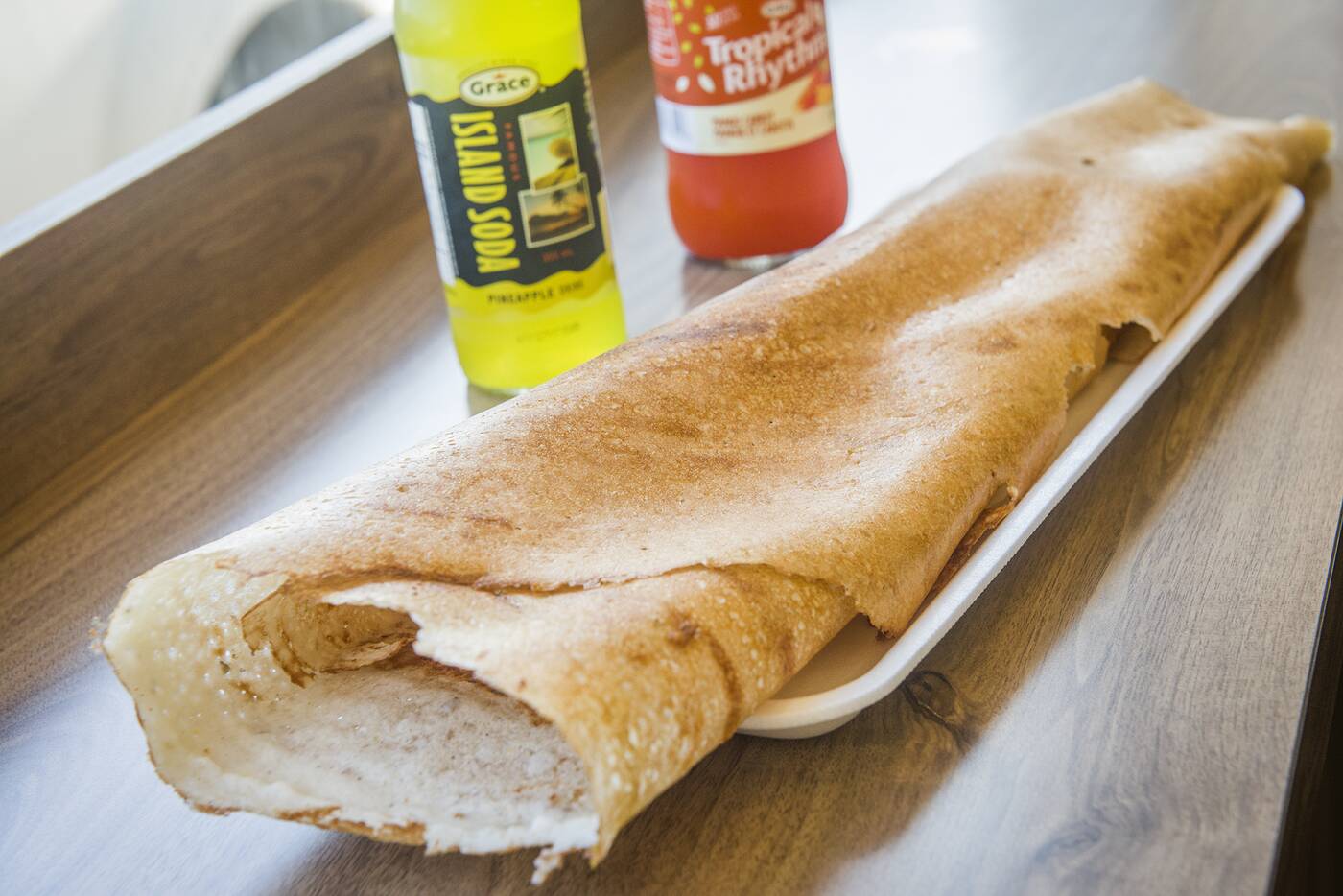 Masala dosa ($5.50) is one of the largest and butteriest I’ve had, the rice flour shell brown and crispy, and the inside soft and steamy. 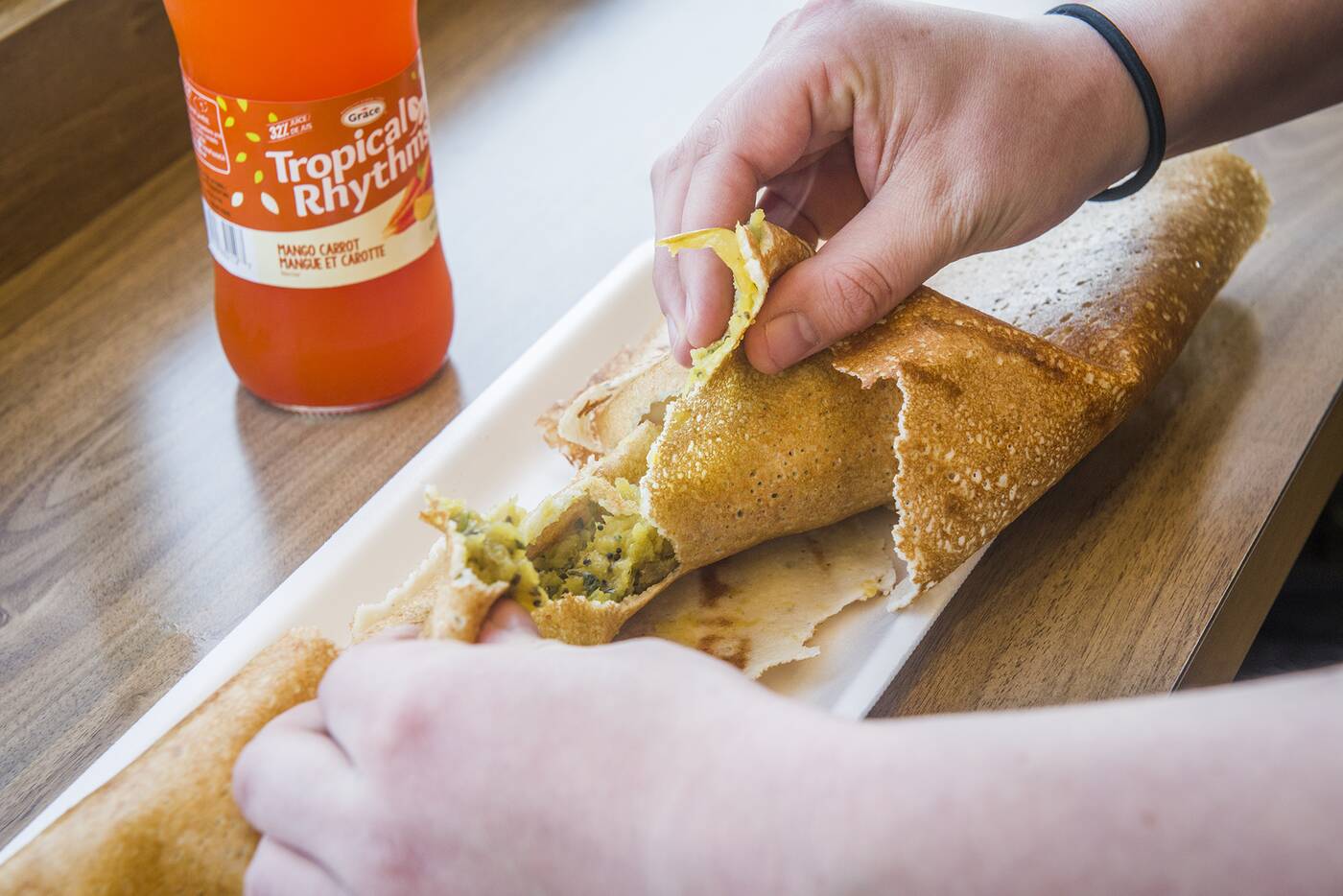 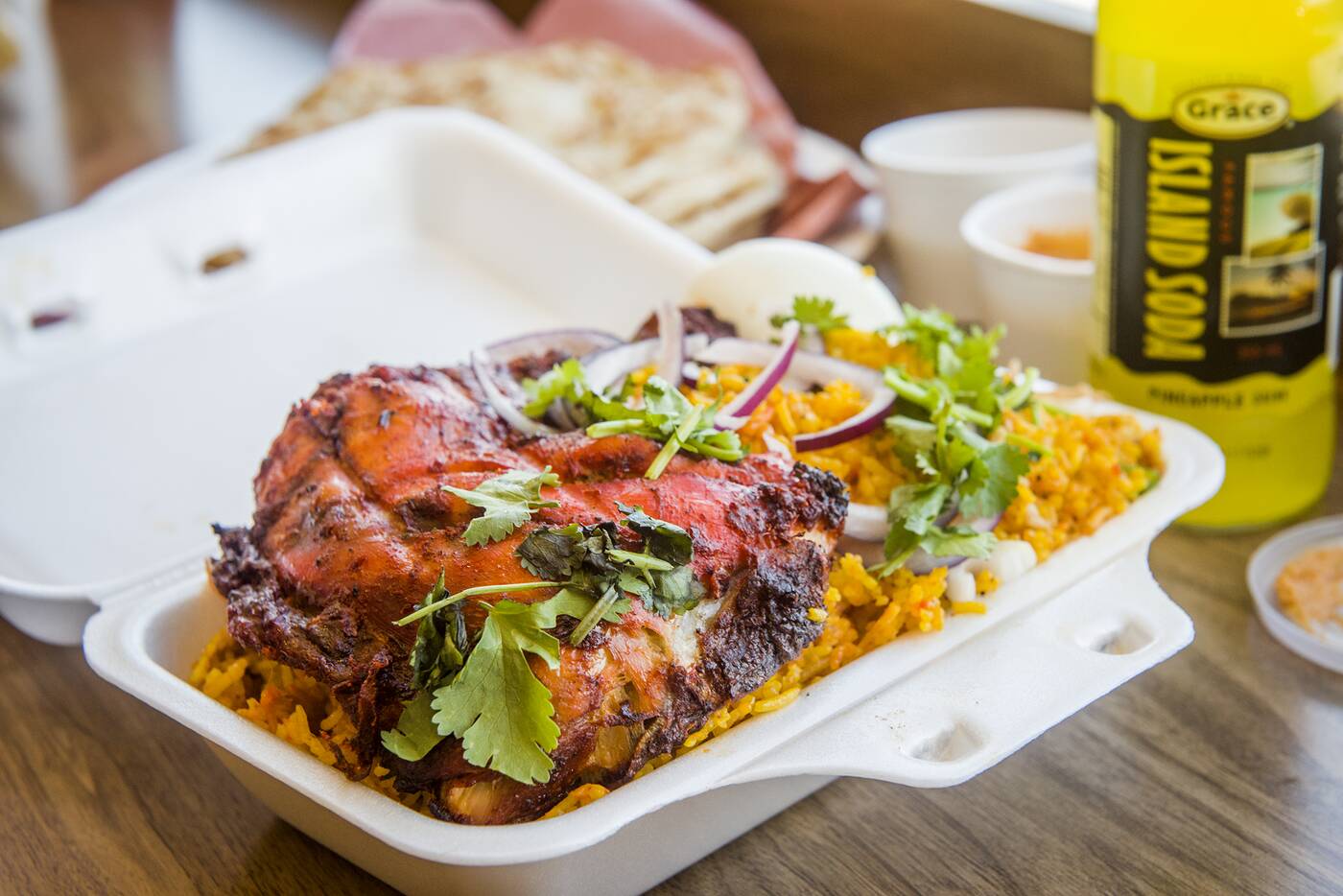 Chicken biryani ($7.50) with a boiled egg can easily be topped with a $3 piece of tandoori chicken for a protein-packed, budget-friendly, not to mention flavourful meal. 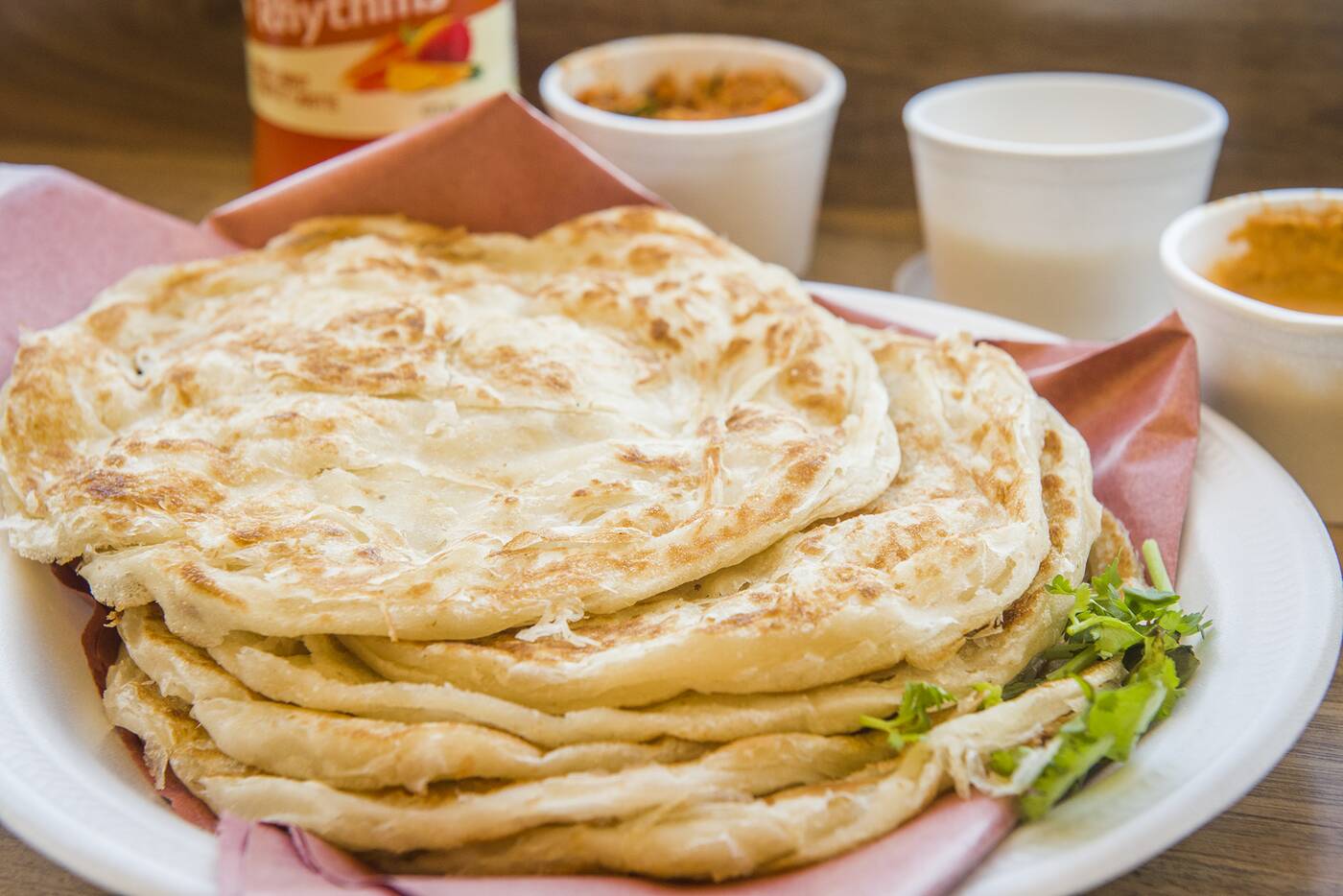 Plain roti here are only 70 cents apiece, light and airy thanks to being flipped and fluffed by hand on the grill when warmed so the dough doesn’t tighten up. 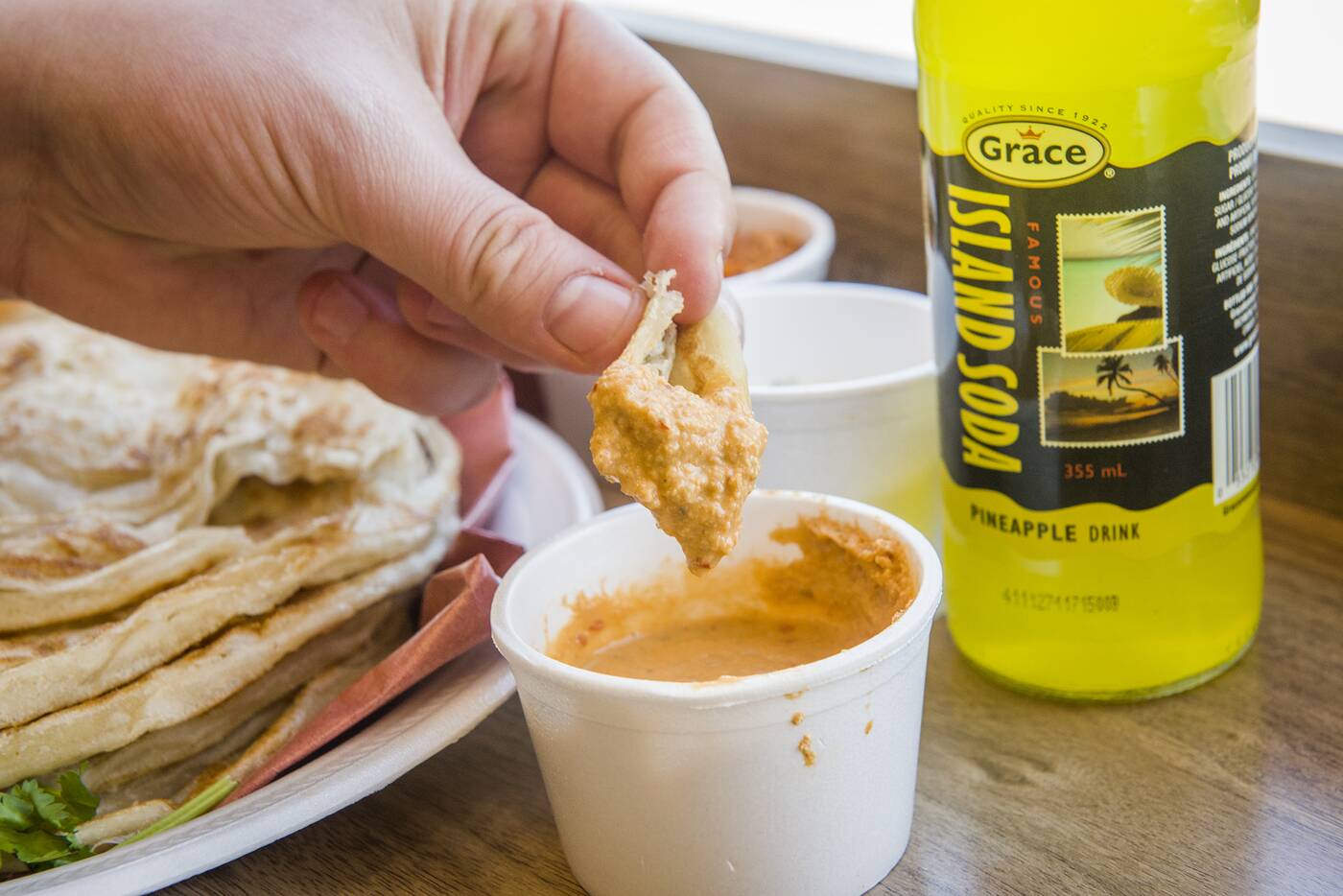 They make a great accompaniment to the biryani along with a salad and a little viscous orange chutney. 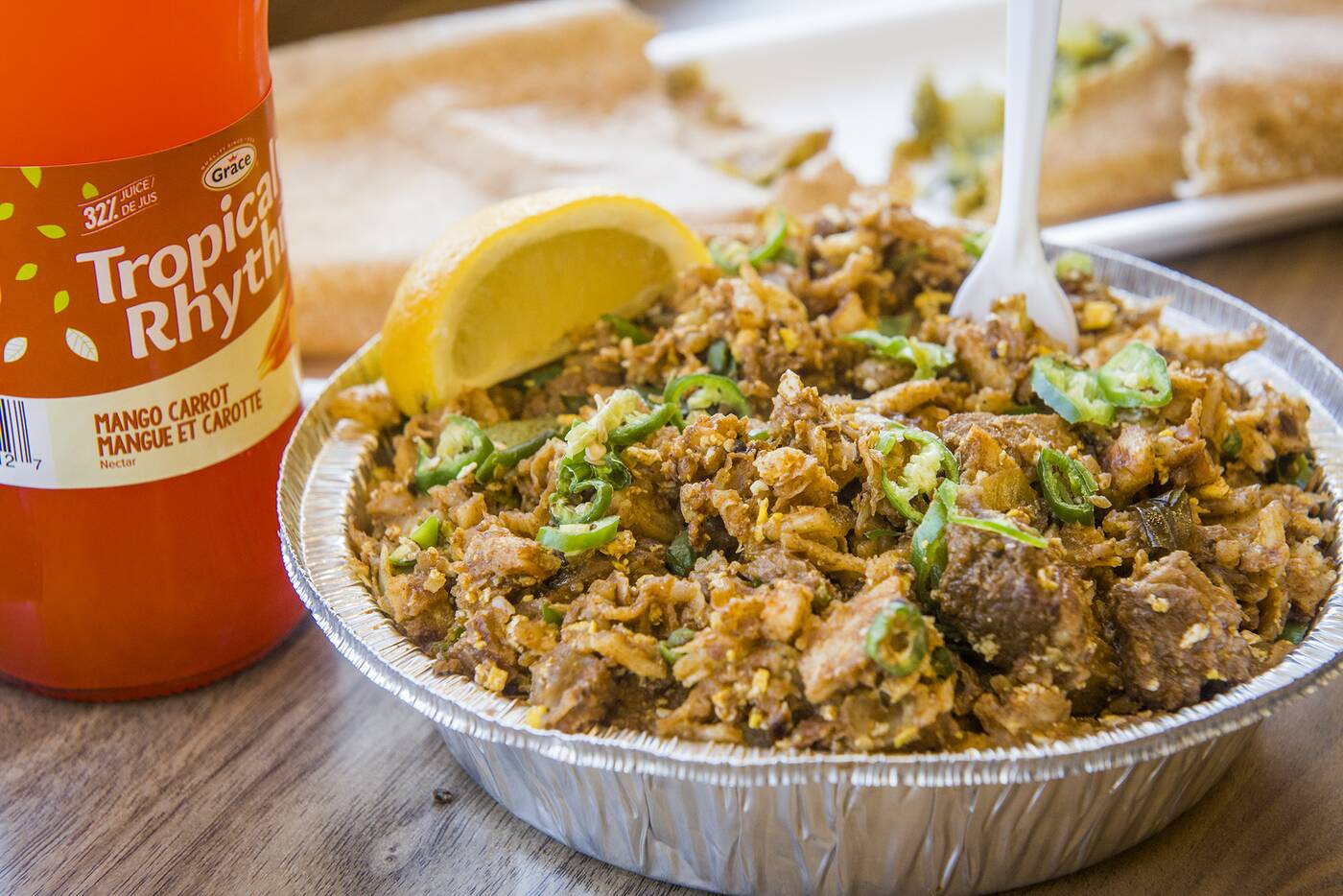 Mutton kothu roti, like all kothu roti, has little bits of the roti chopped up in it along with the rich diced meat and shreds of super spicy chili. 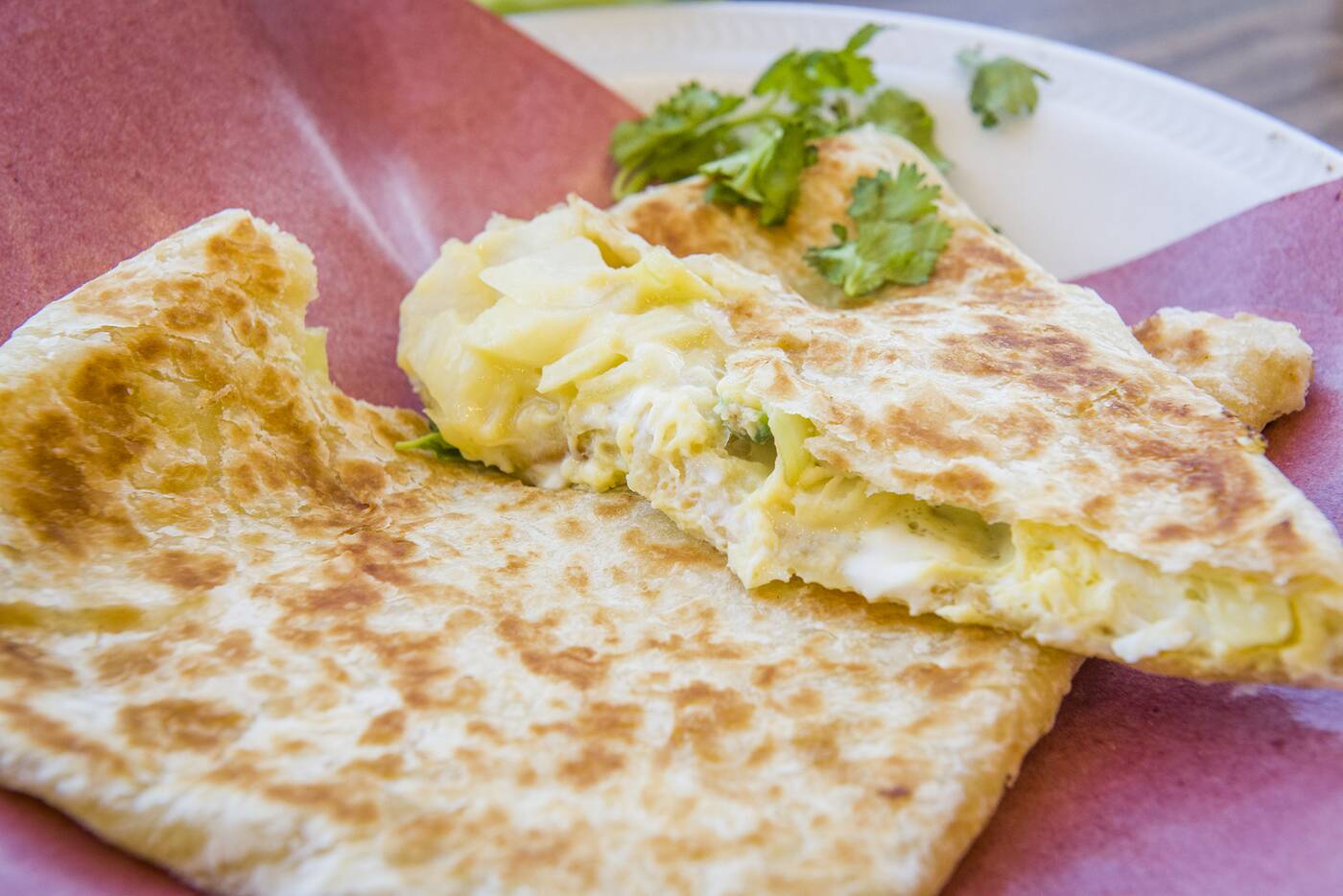 Egg roti is a surprise hit for me, the delicate paper-thin shell filled with velvety scrambled egg studded through with sweet, crunchy onion. 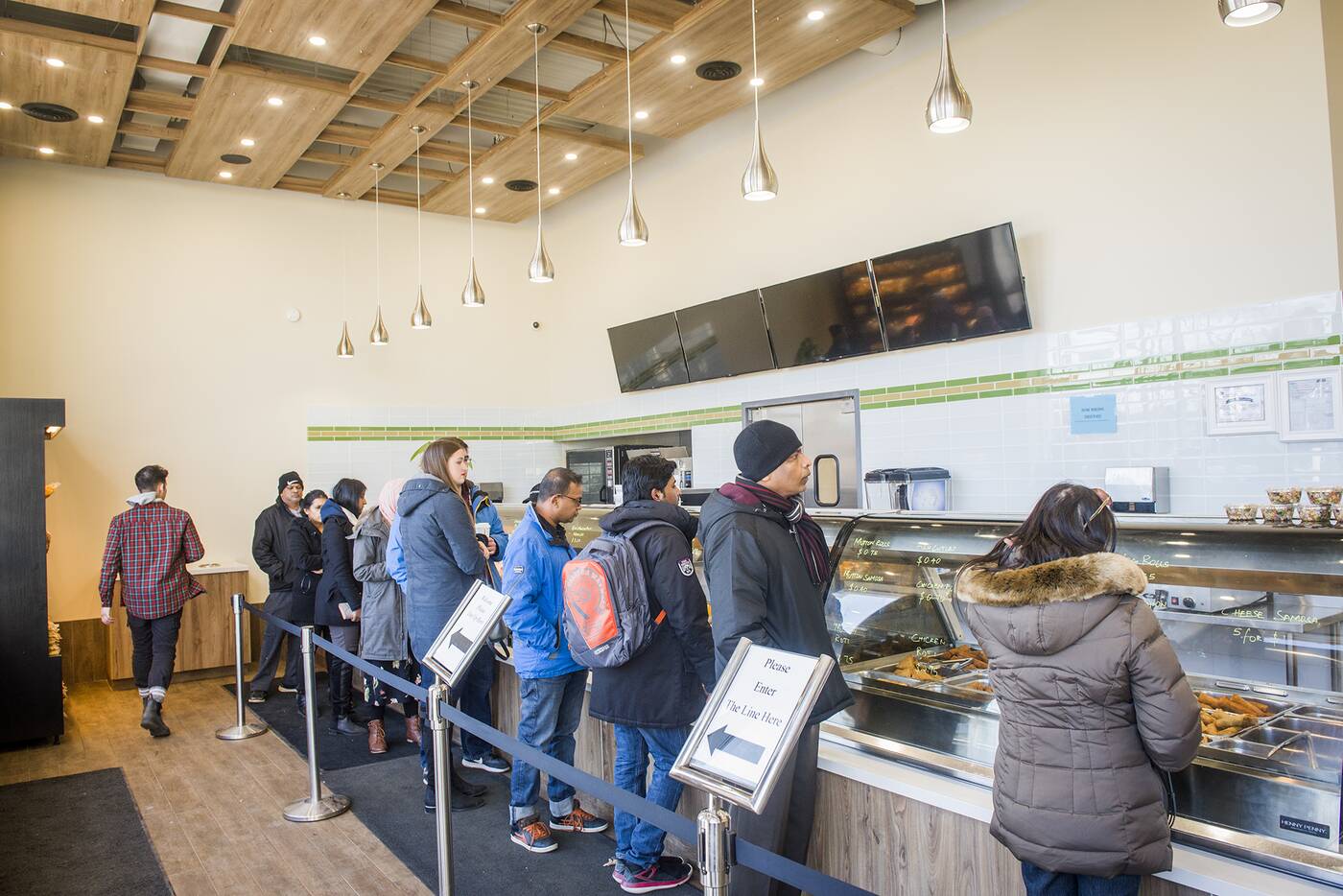 You can also find $5 butter chicken and curries here. They also have another location in Ajax, and all products like samosas are made off-site at their central factory and production facility on Nantucket Boulevard in Scarborough. 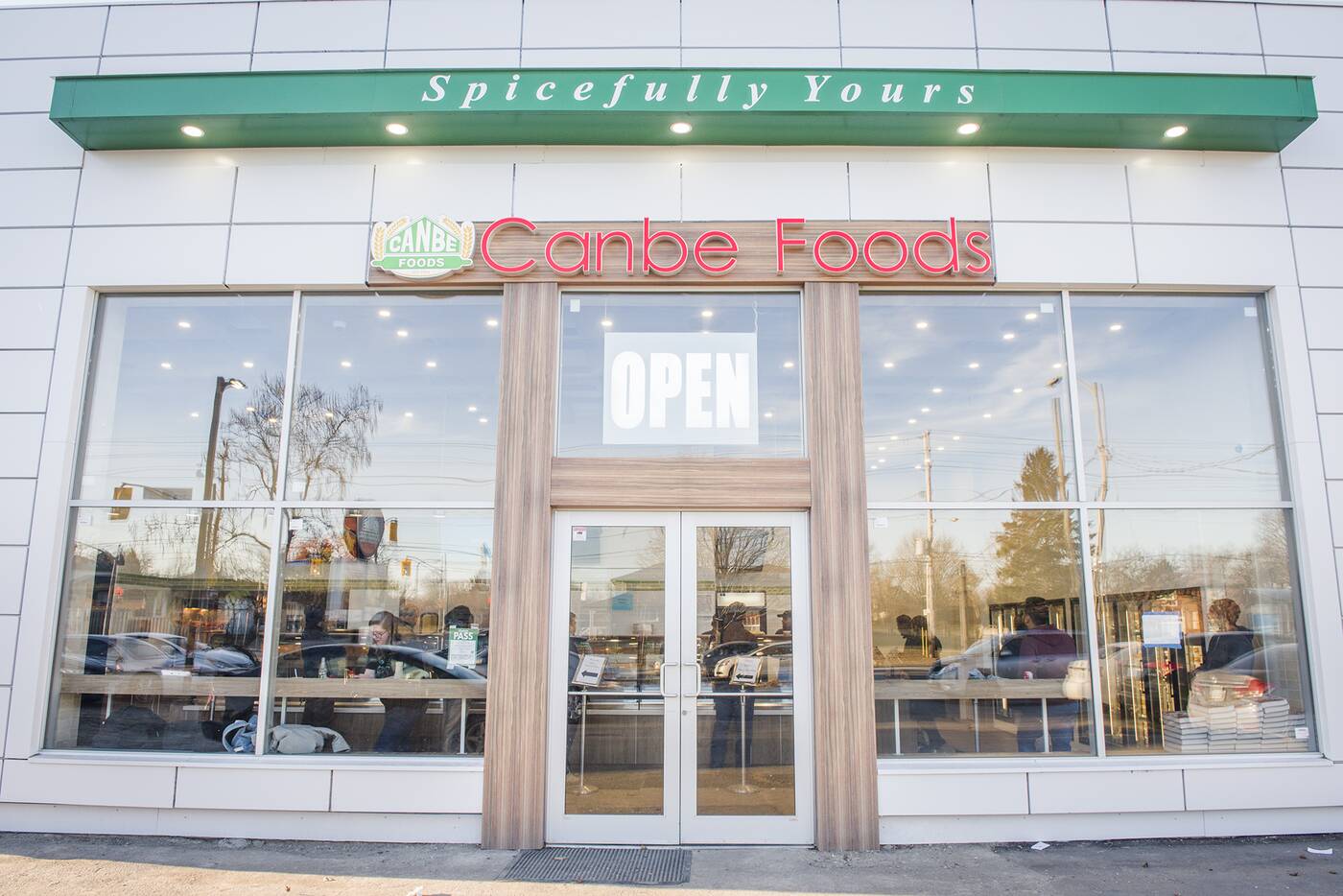