Little India has been serving primarily North Indian cuisine since 1994.

Now serving South Indian dosa as well for $11.95, the place gets packed at lunches for their legendary buffet. 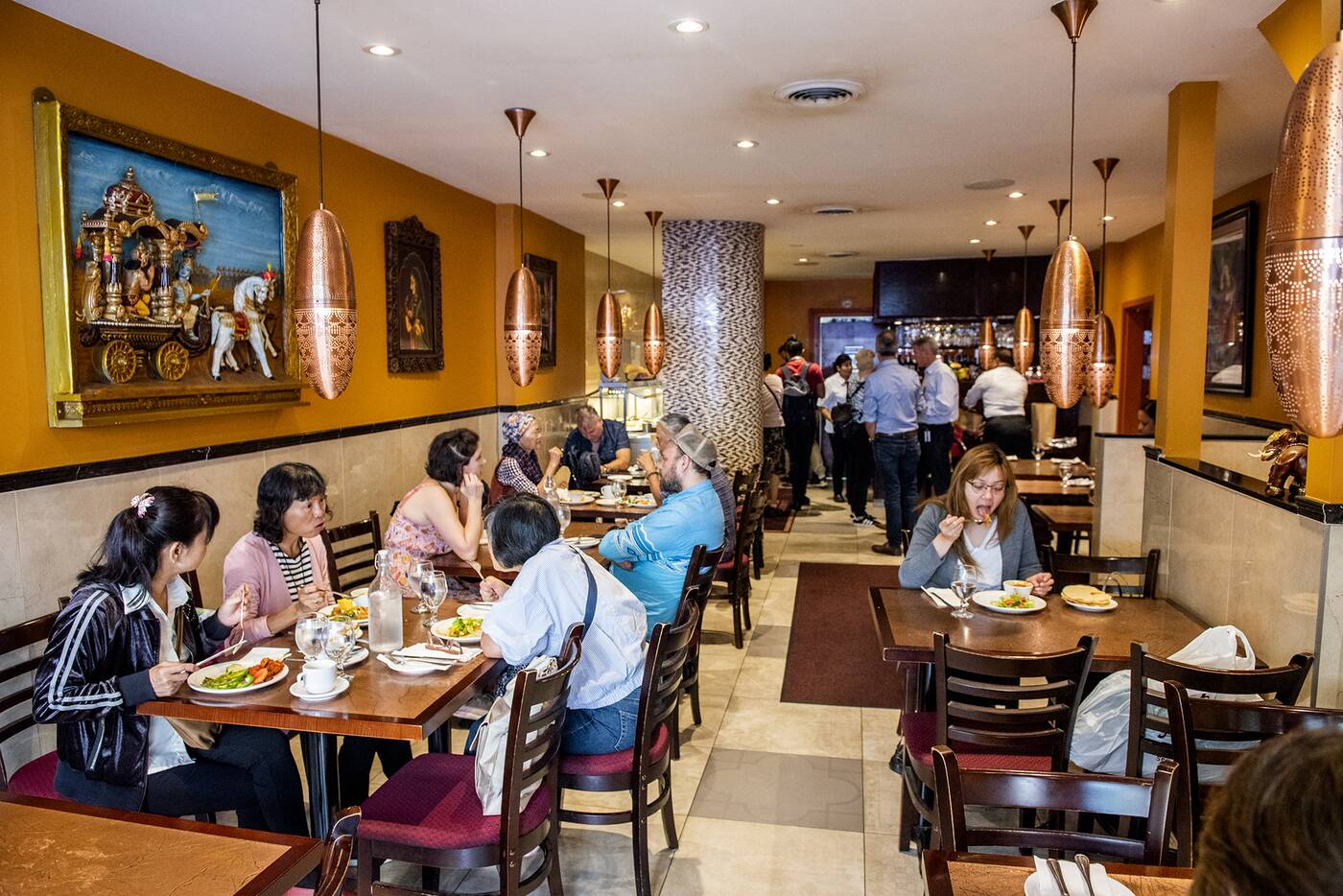 The space is more a conglomerate of small rooms, once extending west along Queen but now spanning three floors vertically instead. 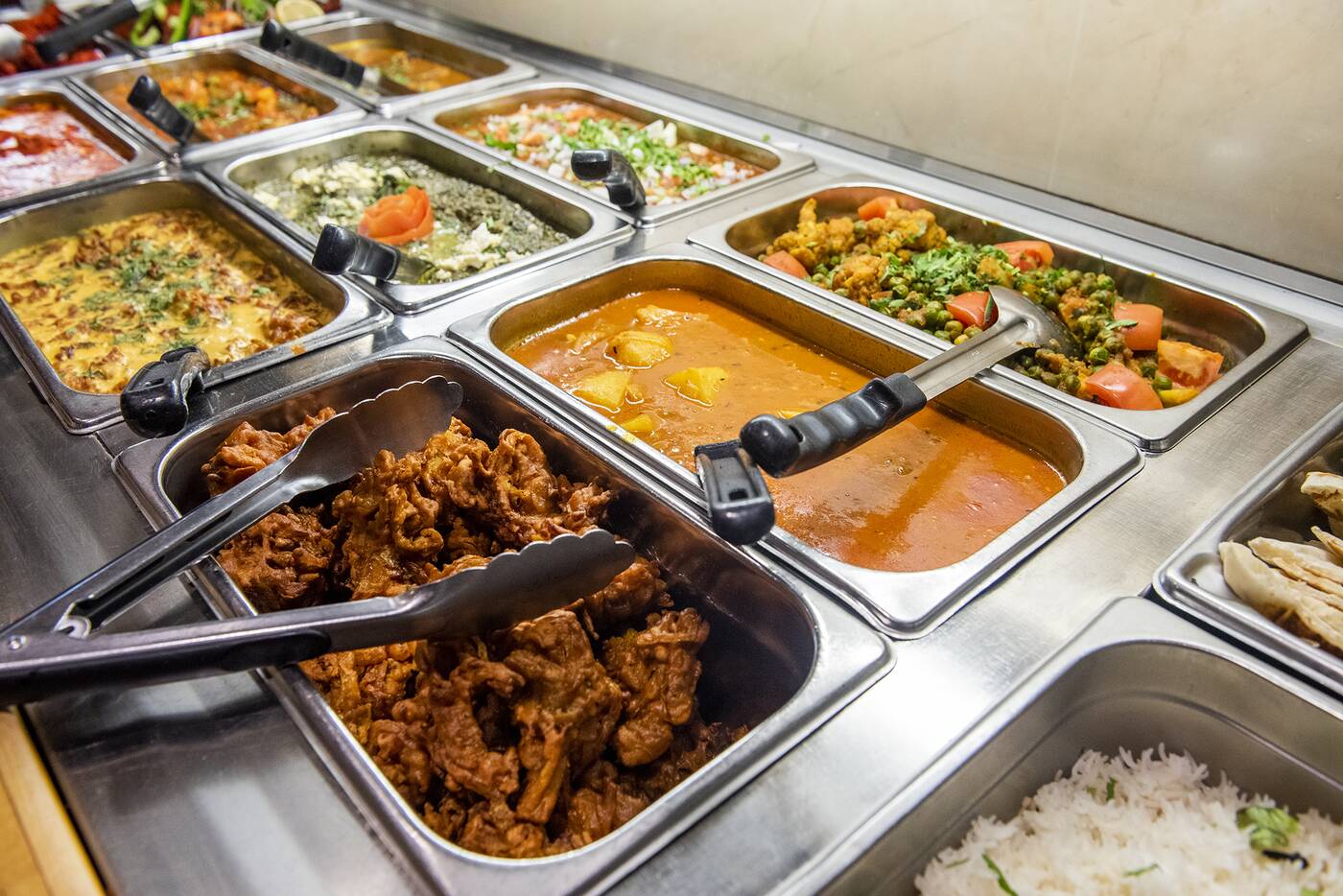 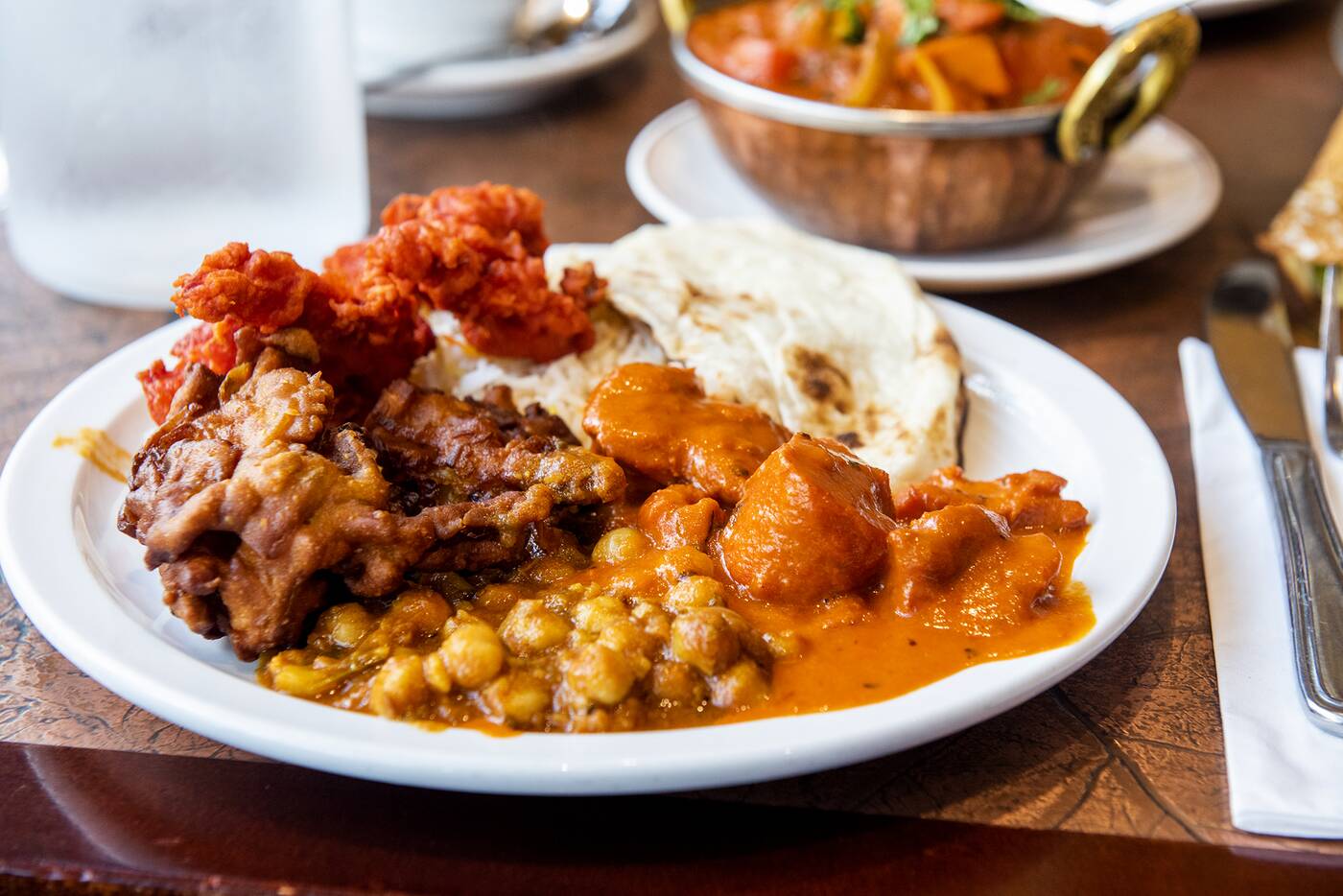 There are usually around a dozen rotating hot options that are prepared fresh every morning, as well as pulao rice, naan, a daily changing dish on the side and a soup. 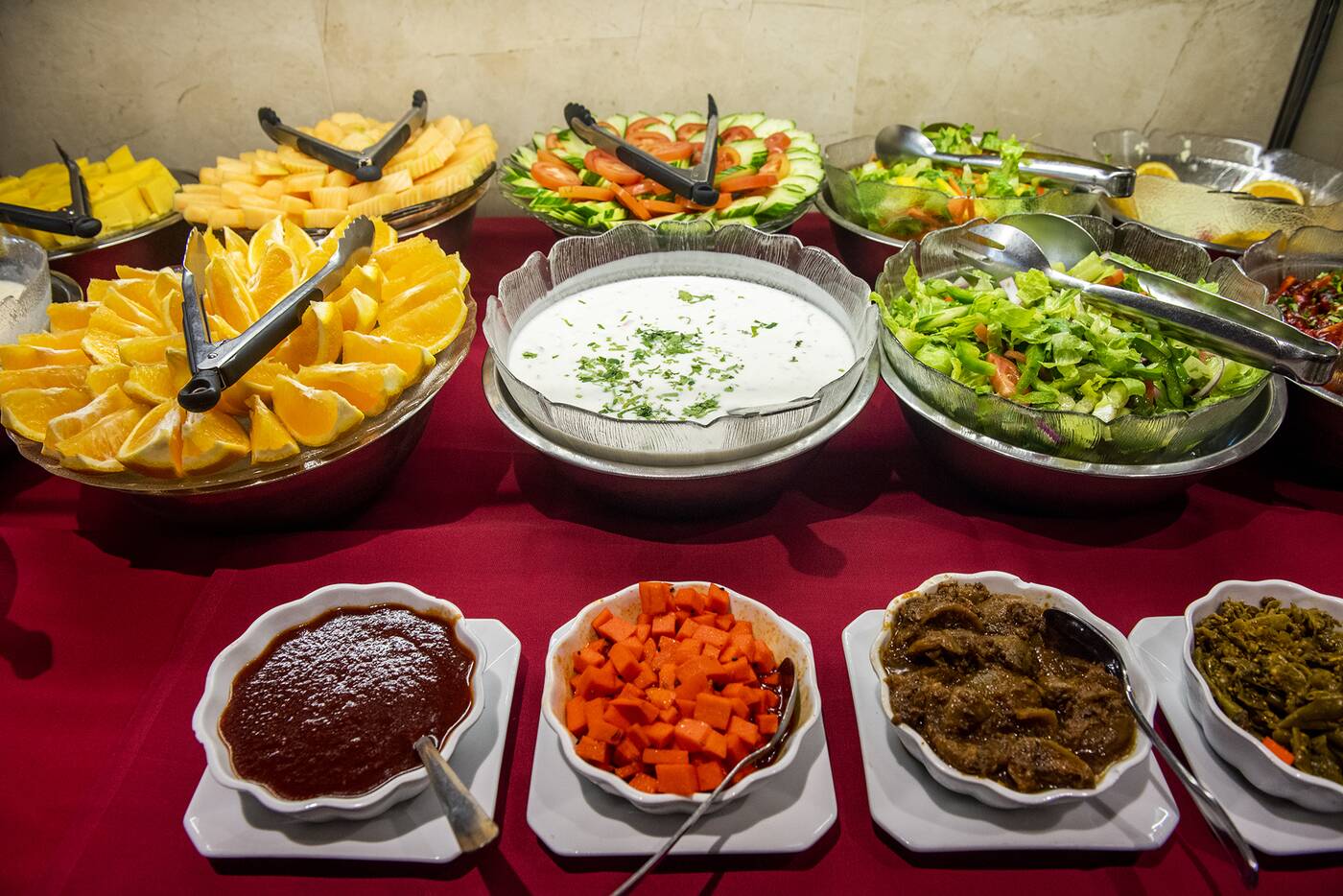 Out of these there are typically around five veggie options, and there’s also a salad bar with poppadom, raita and pickles, as well as dessert. 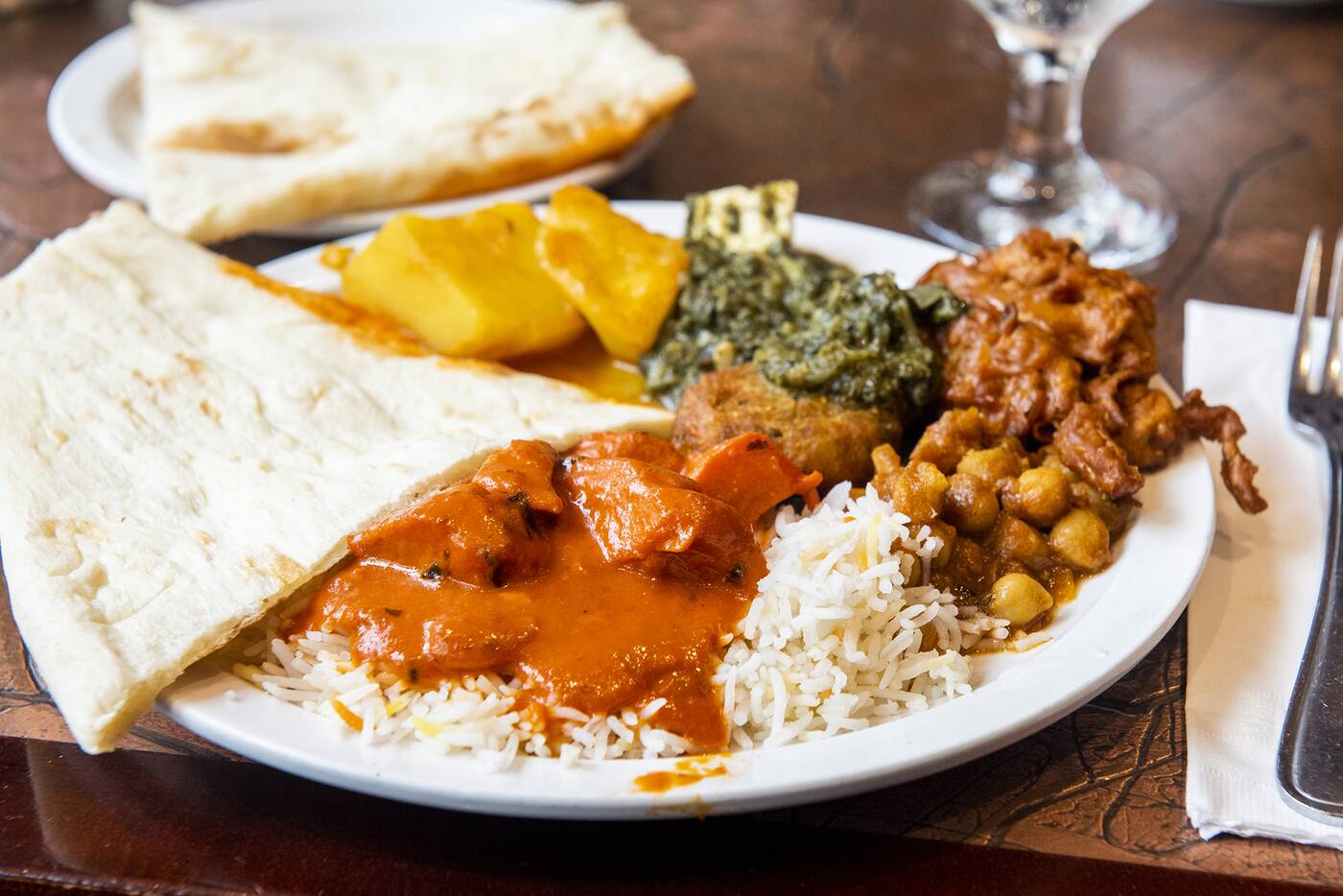 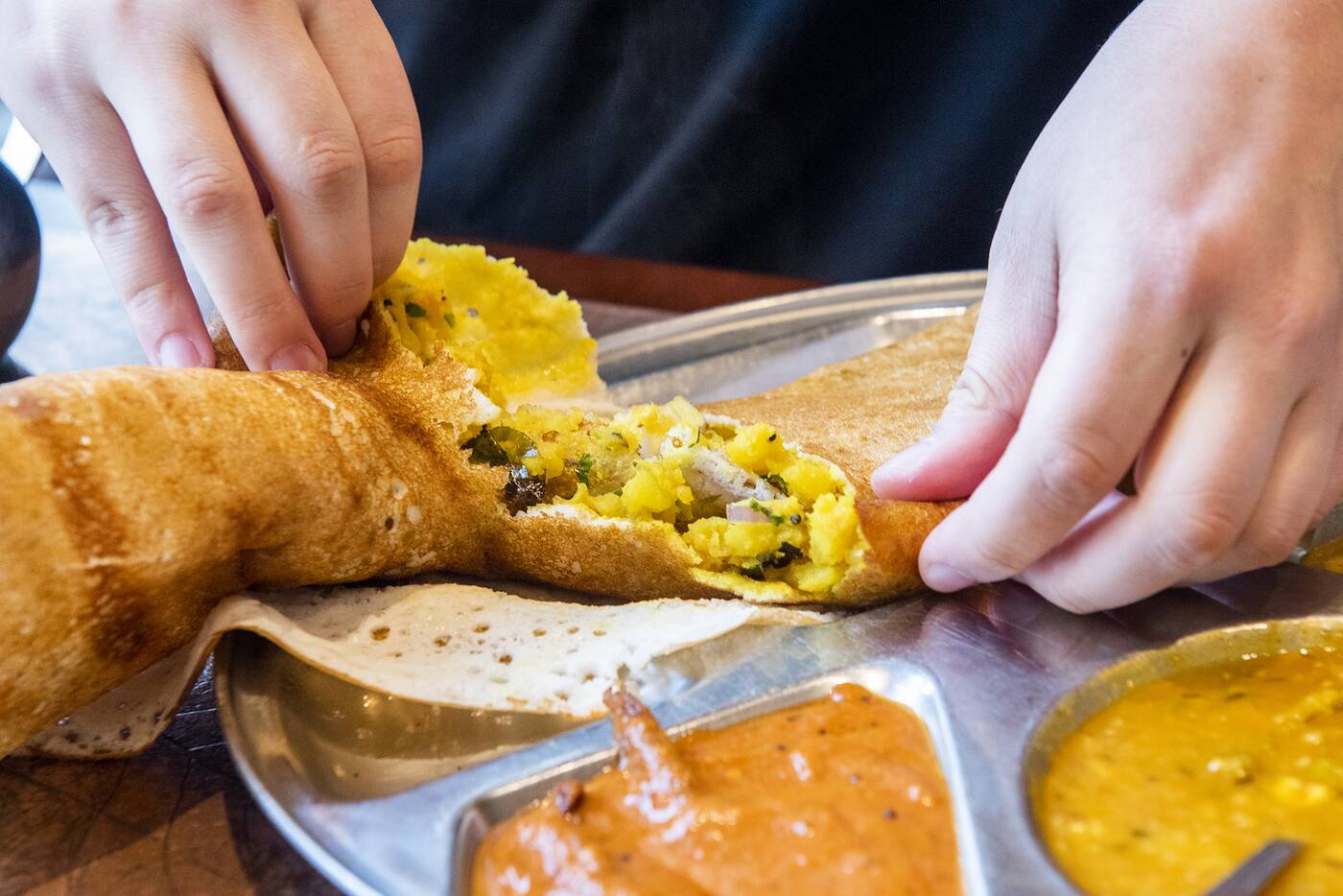 All dosa are priced at $11.95, a masala dosa stuffed with potato and flavoured with mustard seeds, coriander, bay leaves, onion, garlic, and ginger, owing its yellow colour to turmeric and its spice to Kashmiri red chillis. 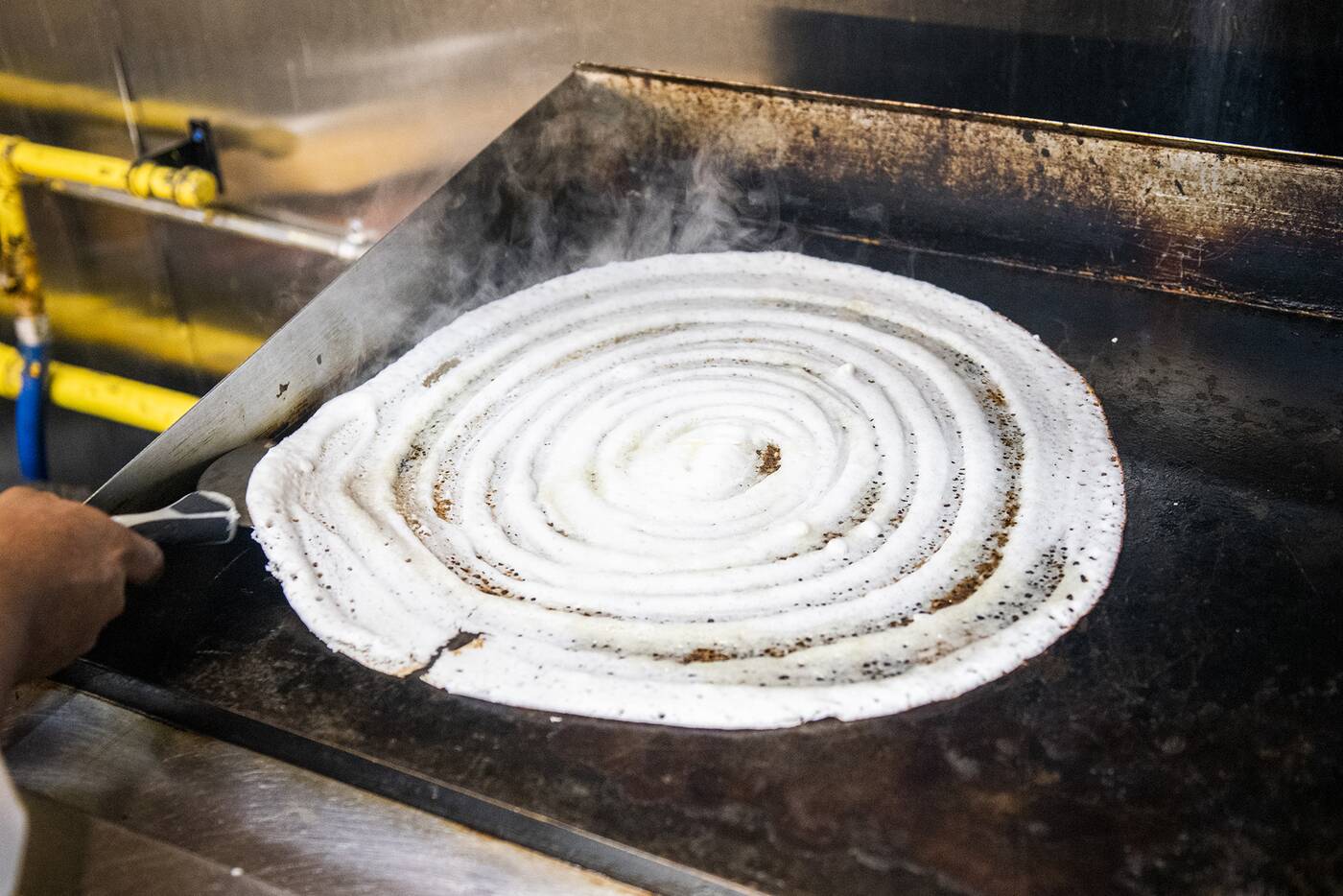 The dosa itself is spongy, elastic, and very buttery thanks to being fried in ghee, which is more expensive but most traditional. 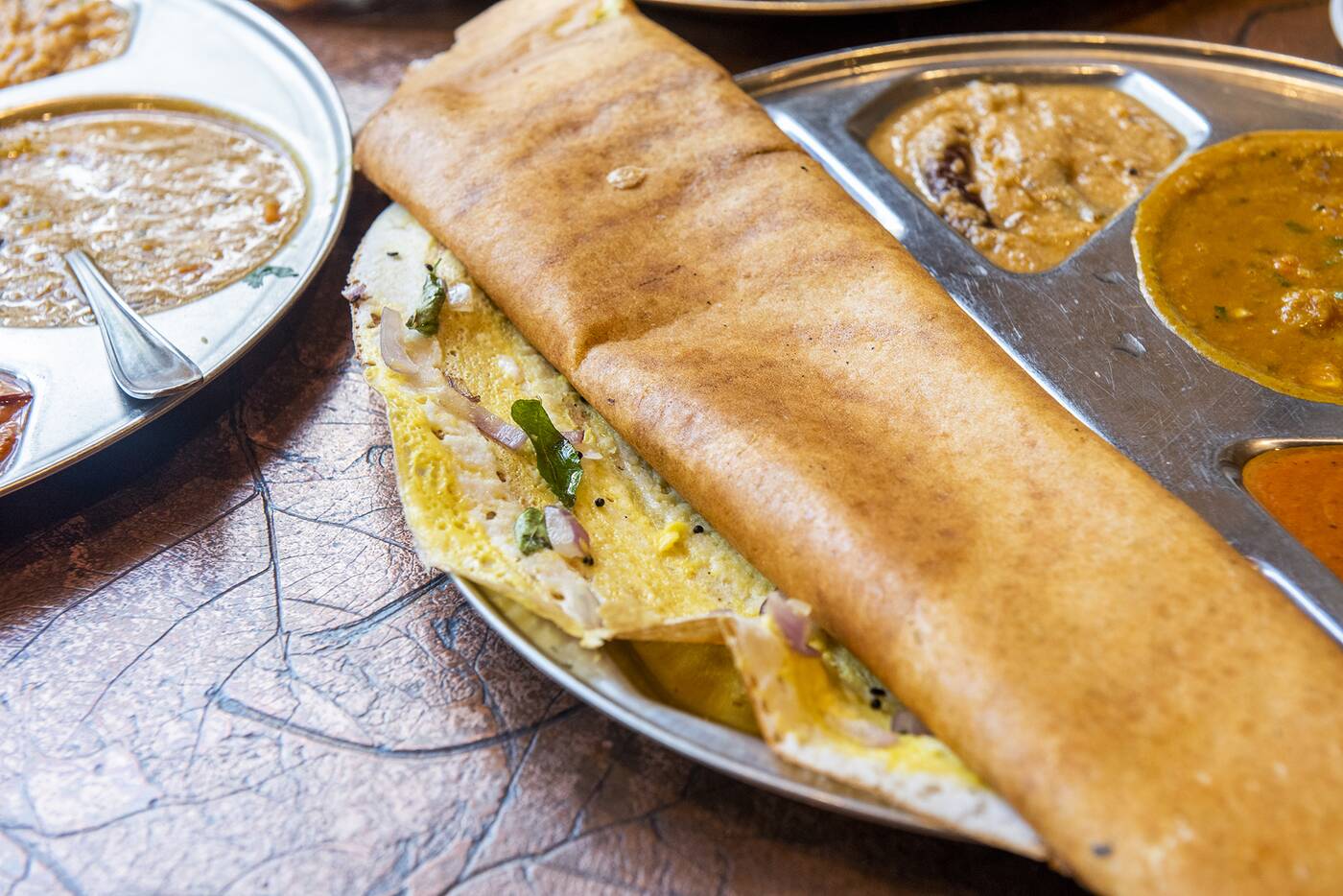 Dosa themselves are actually vegan by default, meaning an egg dosa with onion is in fact the only non-vegan option. 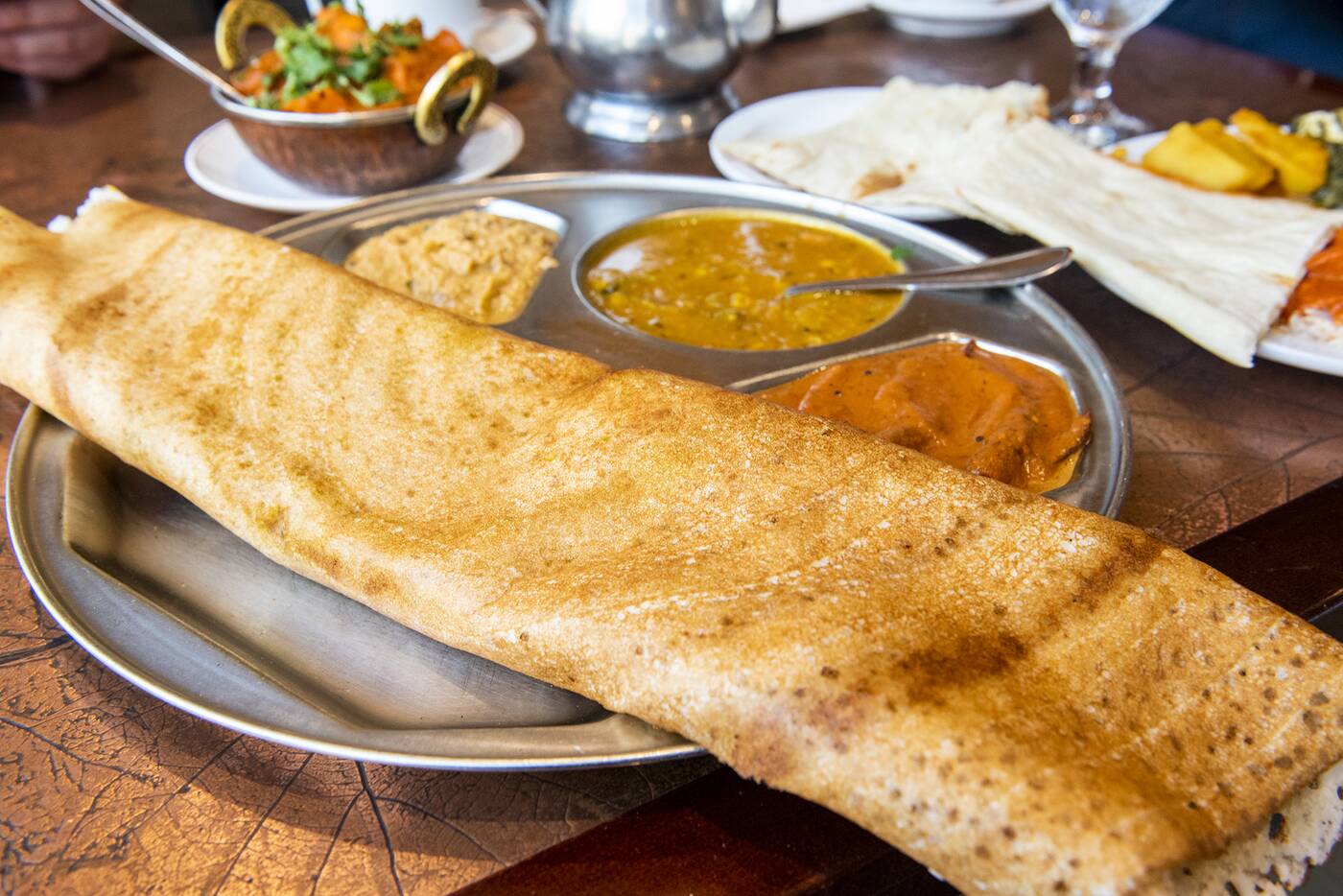 There are also plain dosa with nothing inside, though since they’re all priced the same, it seems like a better deal to get something more filling. 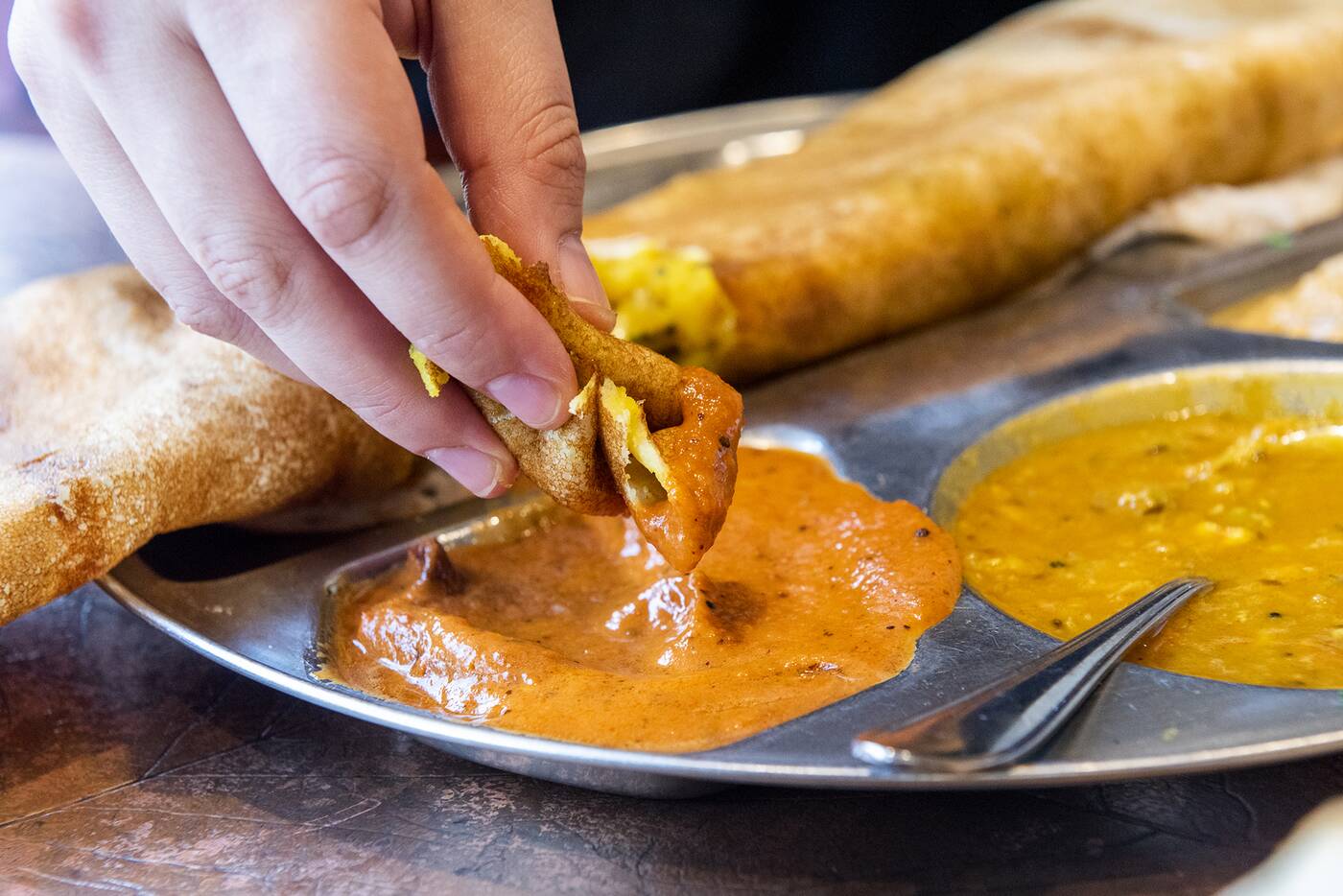 All dosa are served with three scratch accompaniments made fresh every day: coconut mango chutney that’s a little sweet, a South Indian yellow lention sambal that’s chunky and warmly spiced, and a tomato chutney with a serious spicy kick that I like the best. 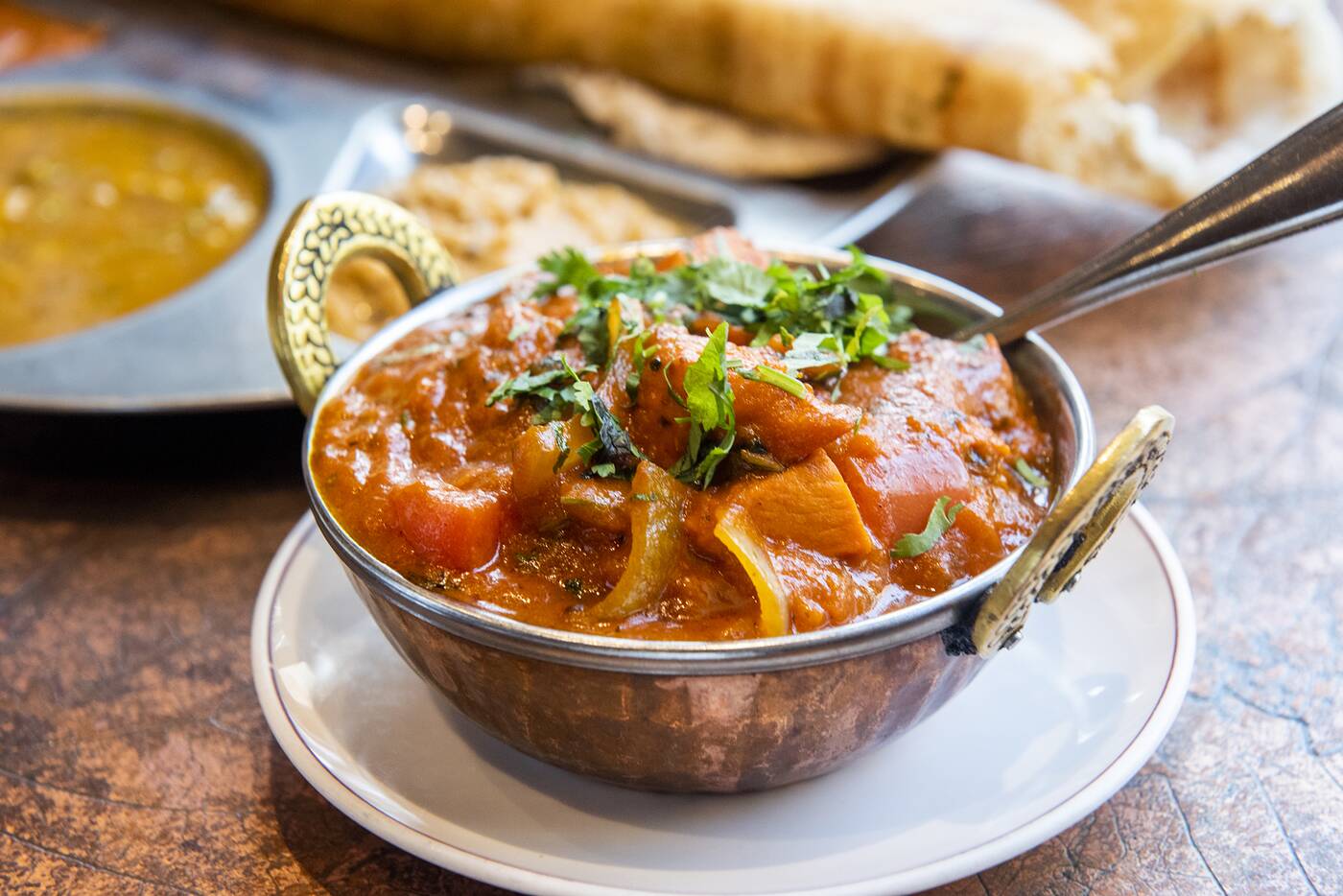 Other a la carte items include chicken tikka masala ($16.95), barbecued boneless chicken with a medley of peppers and other veggies swimming in a sauce that’s nearly as silky as they butter chicken, but without the creaminess. 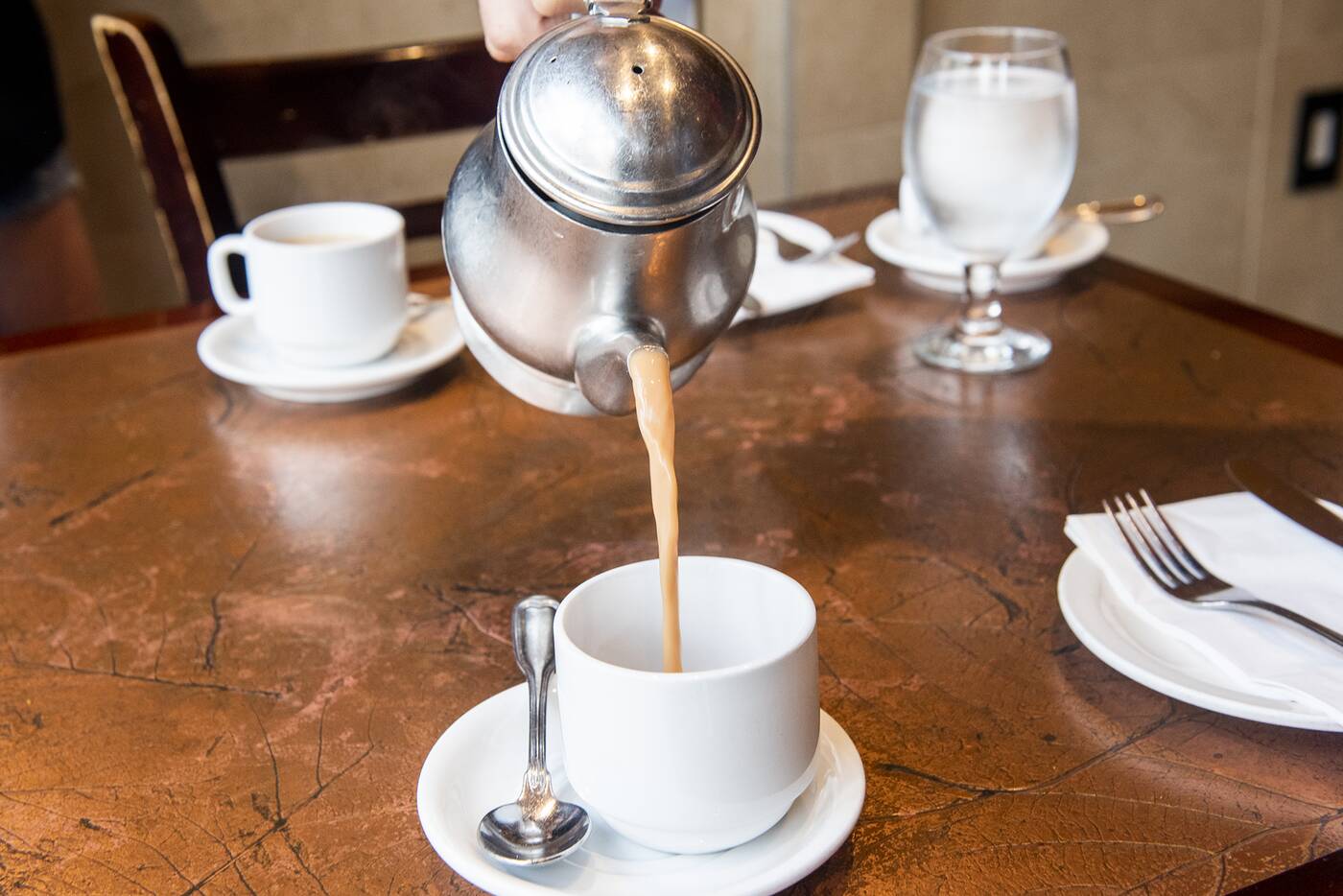 Chai ($3.25) is the ideal accompaniment to a meal here, made from scratch using a plain black tea sachet, cardamom, cinnamon, cloves and nutmeg. It's very buttery and slightly bitter. 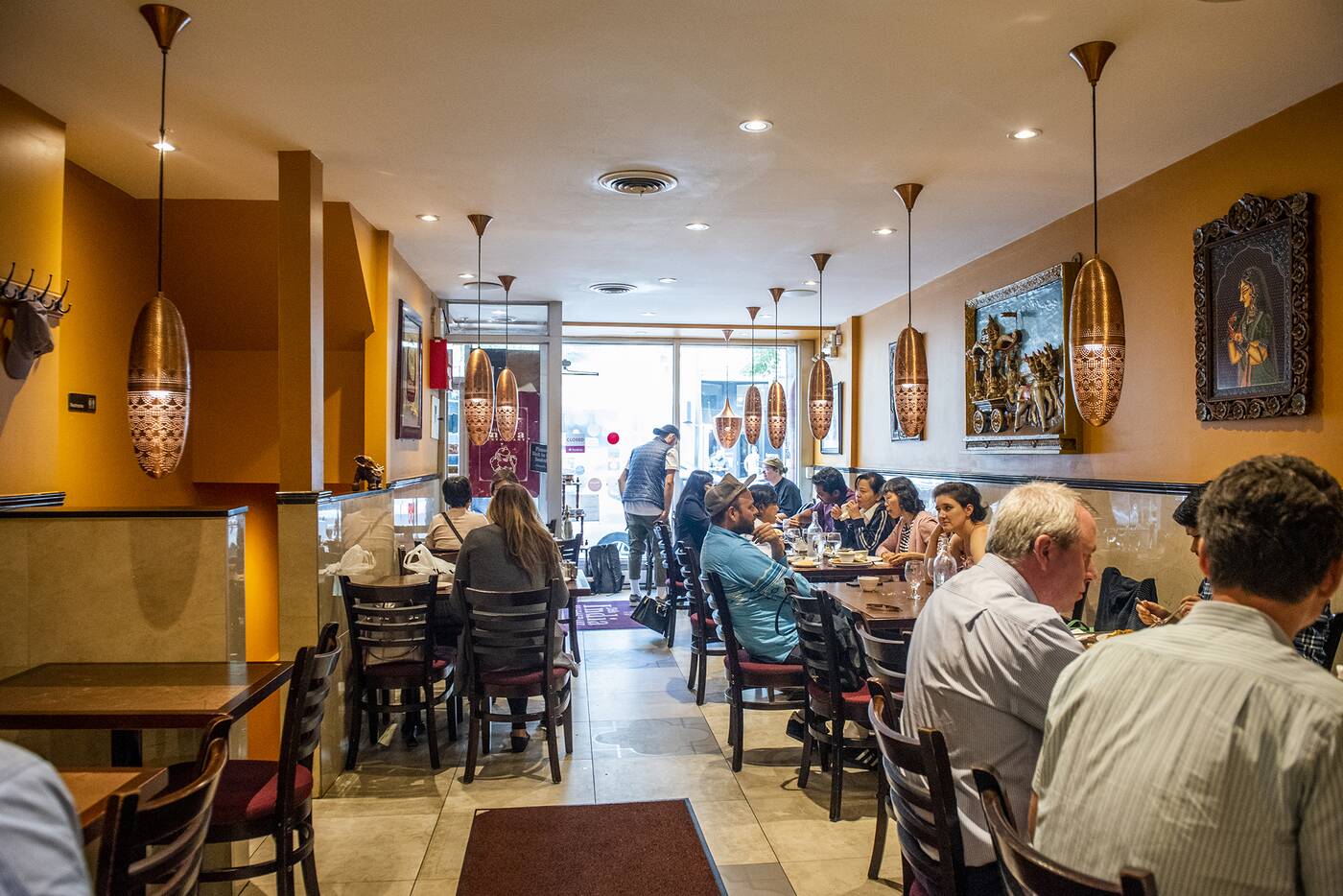 Nithiyananthan Selvarasa took over the restaurant from his father in 2001, who originally came from Sri Lanka and opened Little India all by himself. 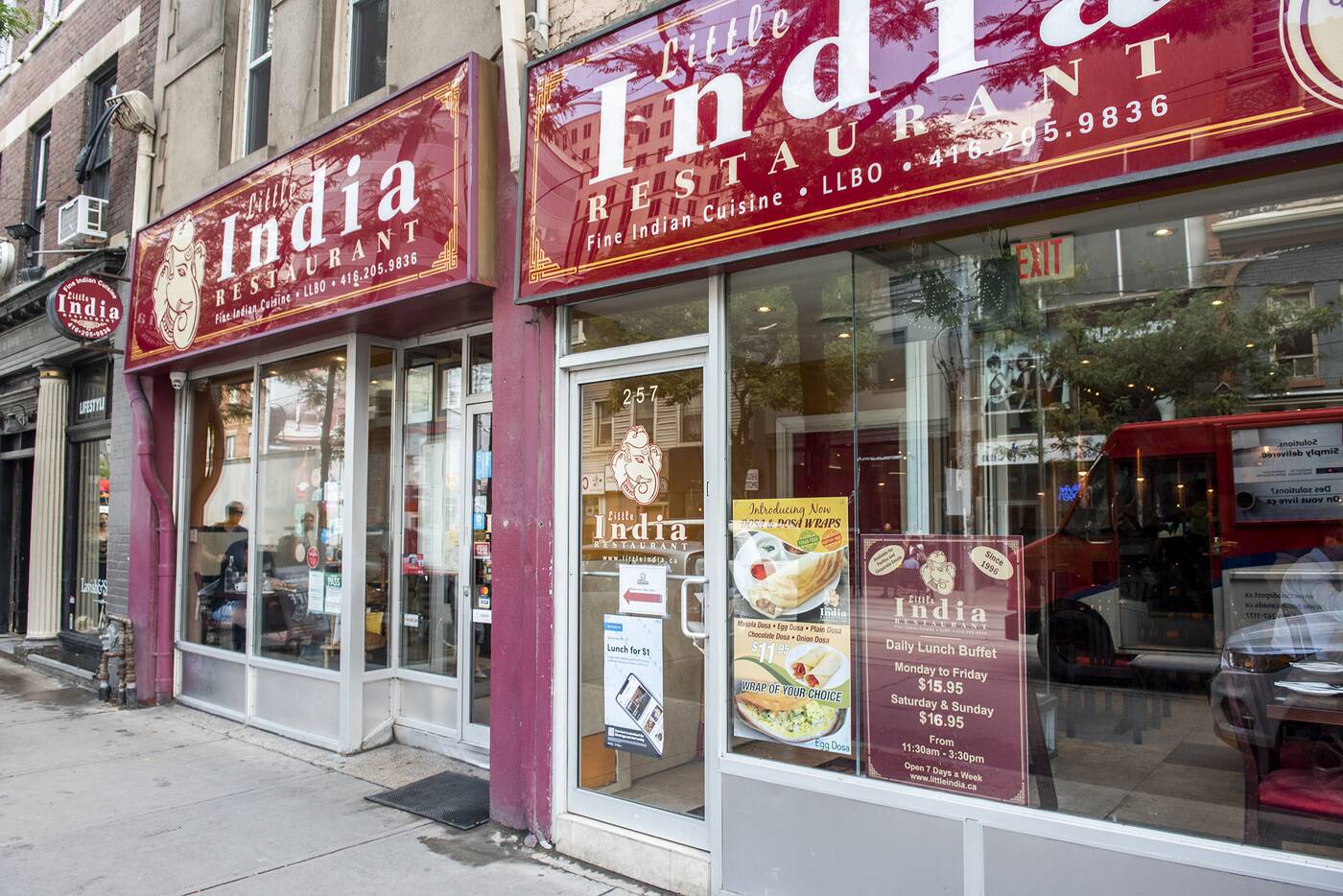 The Best Indian Buffet in Toronto